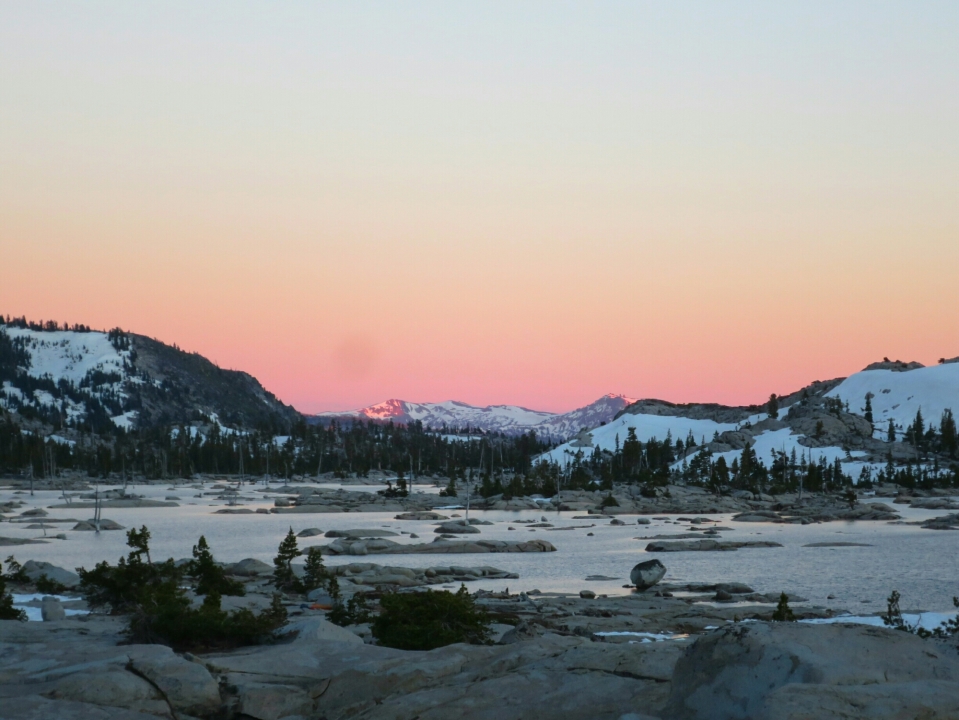 It was so hard to leave South Lake Tahoe today. We stayed in a hotel near the State Line and Heavenly Village. How apt, the weather was fantastic. There were thousands of holiday makers in town and there was a beautiful relaxed summery feel to everything. It was also father’s day today which meant more people were out and about. Everyone seemed to be in a good mood. I can see why towns on the PCT are referred  to as vortexes. They suck you in particularly if you’ve had a hard time on the trail leading into your town visit. It can be really difficult to head back out.

We had initially thought of having a double zero  in South Tahoe but instead decided to have two half days and a full day off.

So we checked out after 11 and got the bus back to the Y. It was sunny and warm outside and people were dressed in summery clothes. It is the first time since leaving the desert that I was in shirt sleeves.   We dropped in to the Lake of the Sky Outfitters for Hammer to pick up his new pair of Darn Tough socks. His old pair got a hole and they were replaced under the Darn Tough lifetime warranty. We spent a while in the store chatting to the lovely lady working there. 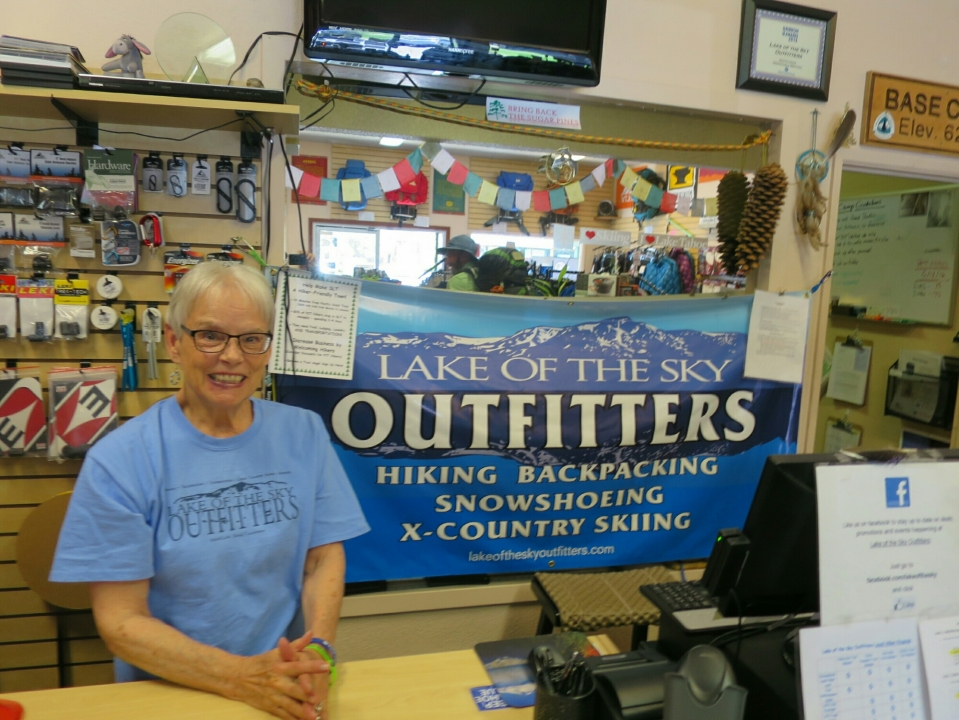 Just up the road from the Outfitters is a local diner, Bert’s Cafe where Hammer and I went in for lunch. The day was slowly slipping away.

It was almost 2pm before we left the cafe and stood out on the road trying to hitch a ride to the trailhead, some 8 miles away. We stood there for almost 10 minutes with no luck. It was a couple leaving the cafe who saw us inside earlier who offered us a ride. They were from Alabama and were holidaying in Tahoe and Yosemite.  They had also hiked sections of the Appalachian trail. You do meet the nicest people.

It was 2.30 when we finally hit the trail near Echo Summit National Monument. A site famous for being the altitude  training centre for the US Athletics team heading to the Mexico City Olympic Games in 1968 (the black power salute medalists trained here).

We were as happy as anything to be back on the trail. For the past few weeks while hiking in snow with wet feet and in freezing cold temperatures,  I’ve wondered if I would ever feel warm again. And today I got the answer – yes. Today was wonderful, almost made me wish we had started earlier. We had sunshine and  clear trail. We don’t need much to make us happy.

By the time we reached Echo Lake I was convinced that summer has finally arrived. Here we joined quite a few day hikers on the lakeside trail enjoying this beautiful setting on such a lovely day. 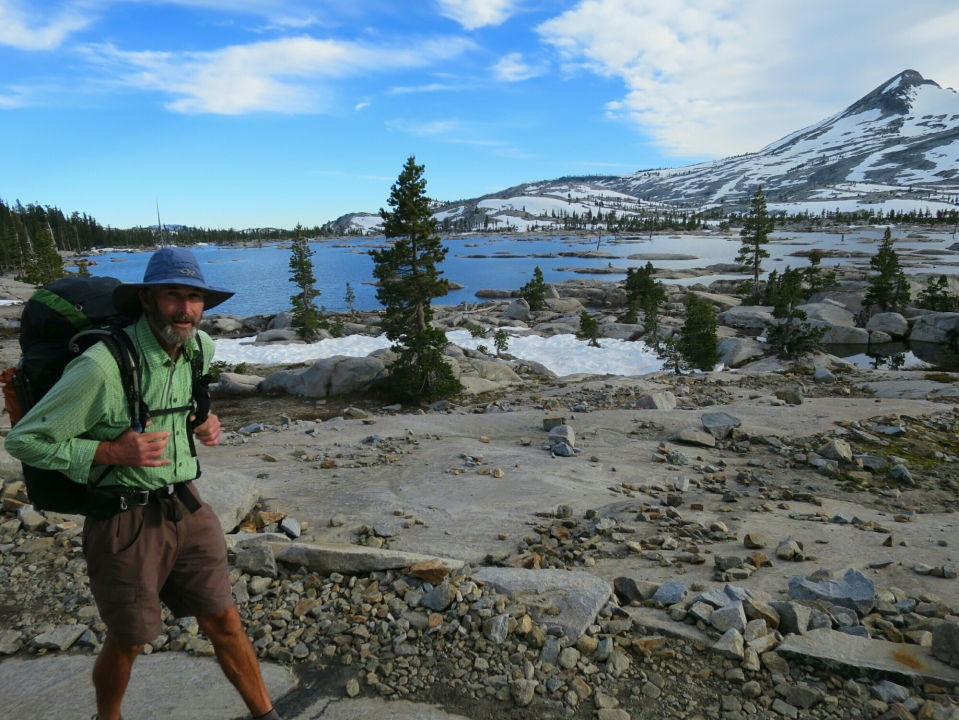 The lake is fringed by several  beautiful timber lake houses. I daydreamed about renting one of these lovely houses and staying on here.

After Echo Lake the trail ascends gently although it was fairly rough underfoot. We bumped into 3 southbound hikers – General, Pebble and  Flora – we last saw them at Kennedy Meadows before they flipped north to avoid the snow.  I guess we’ll be seeing a few more in the coming days. 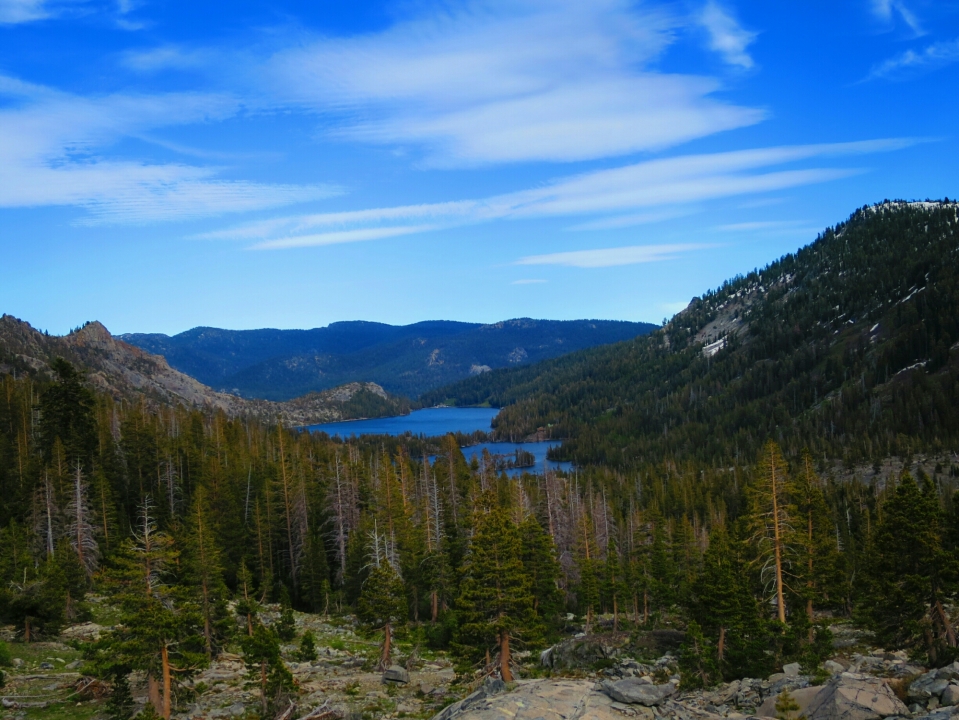 By mile 1097 we hit snow and the holiday was over. For the next mile we were on 8-10 feet of solid snow. At first the trail direction was obvious because of the numerous dirty footprints. But soon these began to diverge in different directions and we were needing to go back to the trail map to navigate.

We planned to camp by Lake Aloha which we reached just on 7pm. And what a heavenly spot, if only we had known. It would be a great spot to take an on-trail zero mile day. 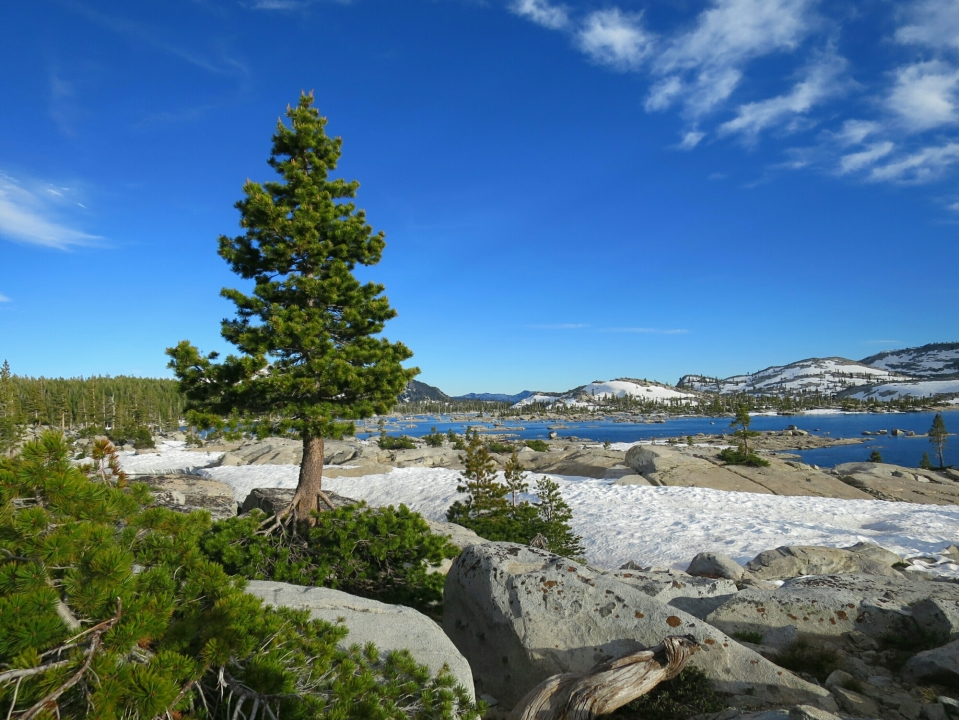 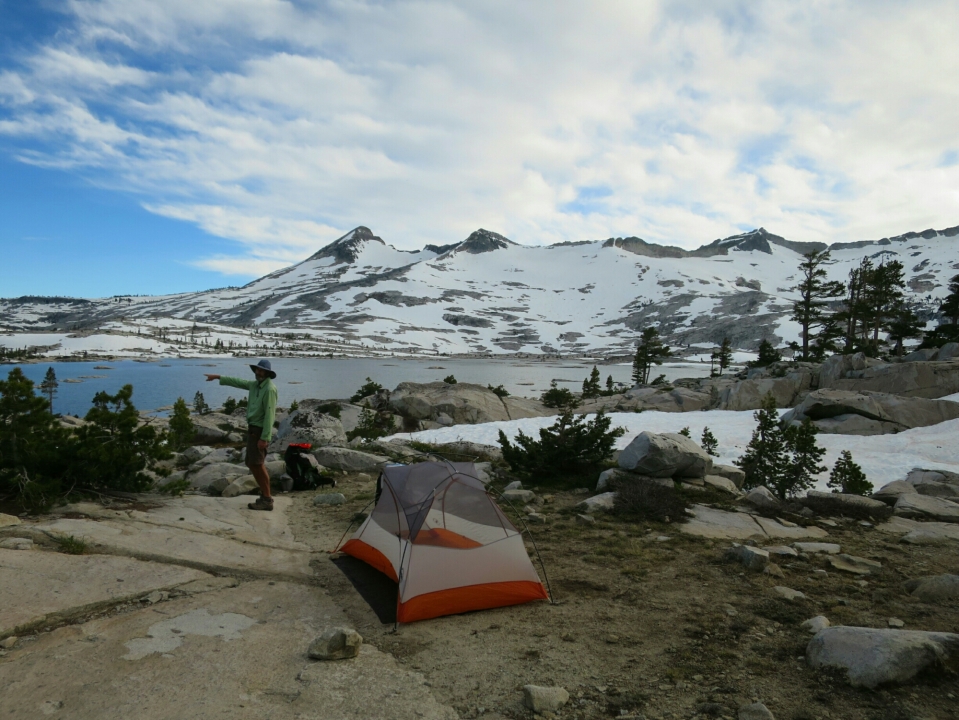