Countdown to my next big race – The Kepler Challenge – has started and it is time to get serious about running again. This morning Hammer and I hit the road for an easy hour which turned out to be anything but easy. Freezing cold when we started at what I would consider a very late 8am start. Even though the sun was out much of the road was shaded.  I soon began to wheeze, having difficulty breathing probably due to the cold. I also forgot that we where camped at an elevation of over 2000 metres in the Sierra Mountains.  Relief I though my fitness had taken another backward step. It was lovely and quite on the road – the only other moving objects were the numerous chipmunks which seem to play chicken with anything else moving on the road. 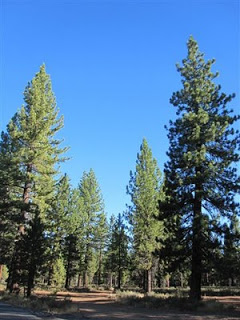