The roar of rushing water did not keep us awake at all last night. We both slept very well and woke up excited to finish off the last of the big 5 passes of the High Sierra. Deep down we were hoping that somehow the summit may be snow free, as we had such a great time hiking the past 10 miles. But it was not to be. We had a great ascent for about 4 miles  from our campsite,  through lovely lush green forest. We again saw lots of mule deer  grazing along the trail. 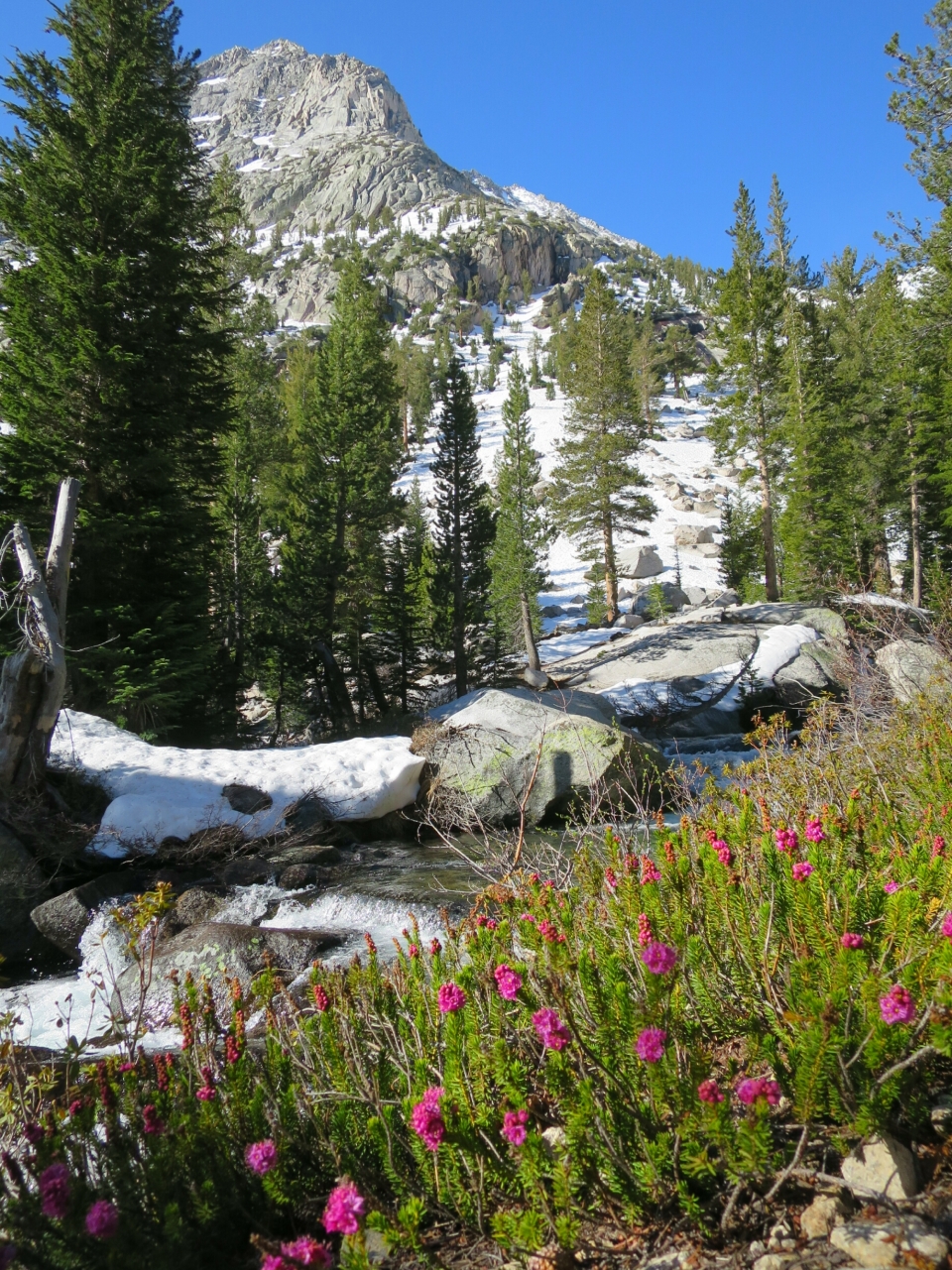 About 4 miles from the summit of the Pass we started encountering snow. The condition of the snow was not so bad, as the grade of the trail was relatively gentle. But as the sun got onto the snow it started to get soft and slushy. We were not quite postholing but at times would sink into the snow mid-shin or knee high. It was just slippery and difficult to get a good grip. We felt like drunken sailors staggering our way up.

Muir Pass is not as intimidating as the other 4 passes. But it had its own way if providing for a challenging climb. We slipped and sunk and slid our way up one after another false summits. Around every turn we thought that should be it only to be confronted by abother rise with no end visible. While the ascent of Muir Pass is of a gentle grade it has many twists and turns before the summit finally reveals itself. We were overjoyed to reach the summit and Muir shelter. We stopped here for lunch, basking in the glorious sunshine. We gave little thought to the descent, unlike the other passes where we were keen to get off as quickly as possible. 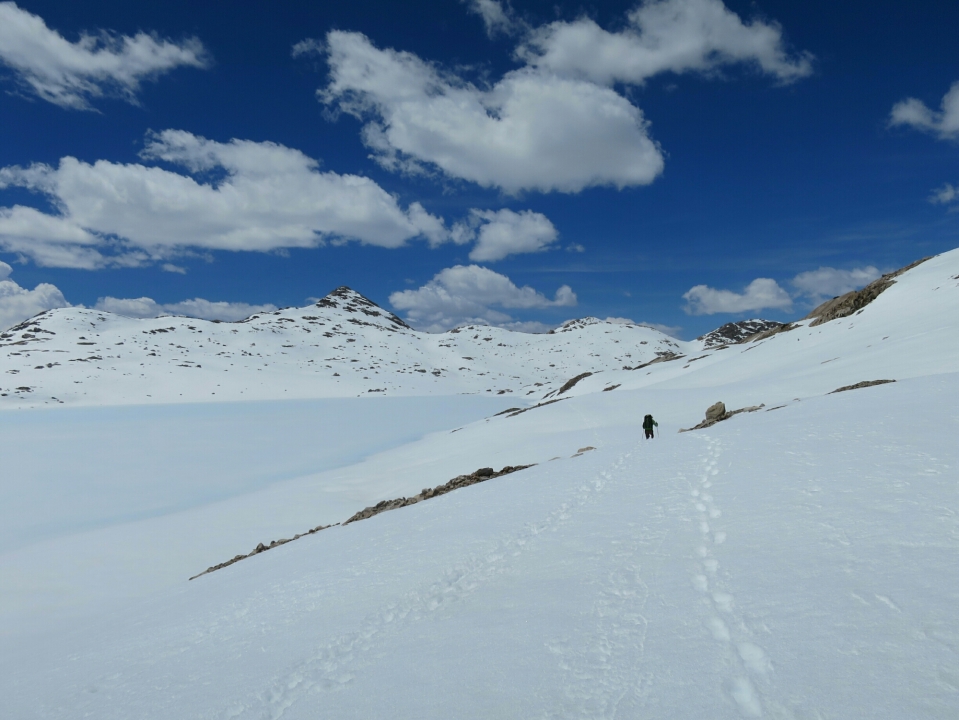 The valley to the north of Muir Pass was much more open and surrounded by smaller rolling mountains. The lakes below were still frozen.

The descent off Muir Pass ended up being even more frustrating than the ascent. Again the grade of descent was quite gentle but the condition of the snow added to the difficulty. On the descent we postholed quite a few times  sinking in up to thigh deep. Hammer being heavier postholed so many times he started to get more then a bit annoyed. It really starts to wear you down.But we knew slowly it would end, just keep plugging away. Everything comes to an end. The brilliant blue sky and sunshine more then made up for it. 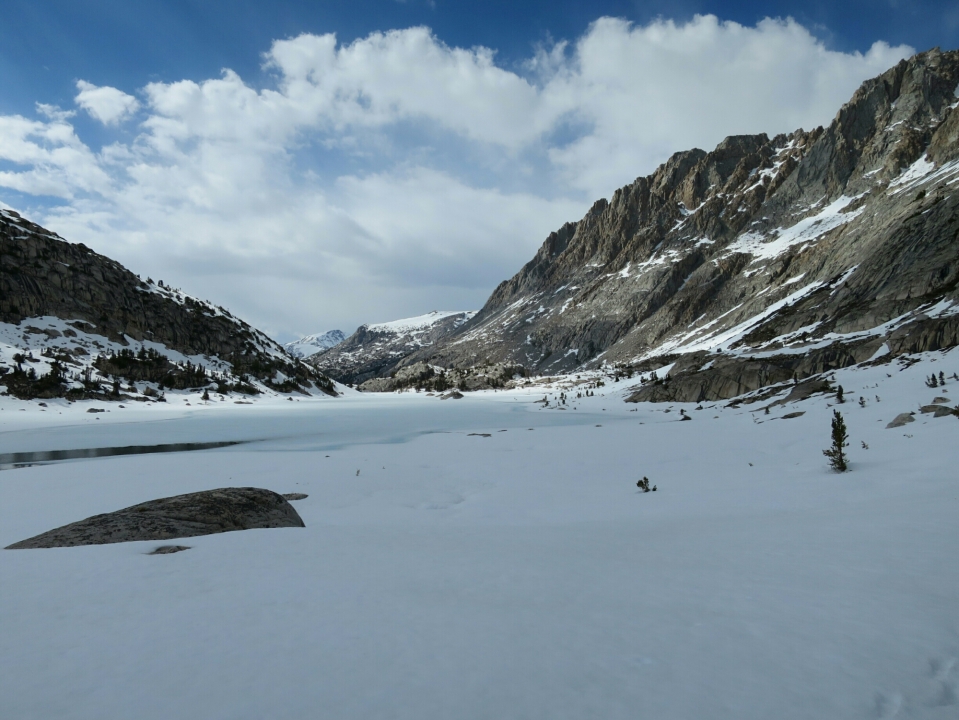 My shoes were fully soaked and feet were  freezing but the warmth of the sunshine made the rest of my body overheated. Strange sensation to feel like dunking your face in the snow to cool off while needing to warm your feet.  On the way down we again passed frozen lakes,  skirting close to the perimeter of one. The slushy snow lasted for 6 miles off the summit. Can’t describe how happy we were to finally hit solid ground and be back on a formed trail. While that was not the end of the snow, the rest was patchy and  through pine forest so it was shaded and still frozen solid.  The snow melt from the higher ground made a lot of the lower sections of the trail full of water which at times were flowing like a stream. We had lots of creek crossings before making camp  at McClures Meadow just north of the Rangers Station. The meadow was awash with water and the sound  of croaking of hundreds of  frogs was our lullaby tonight. 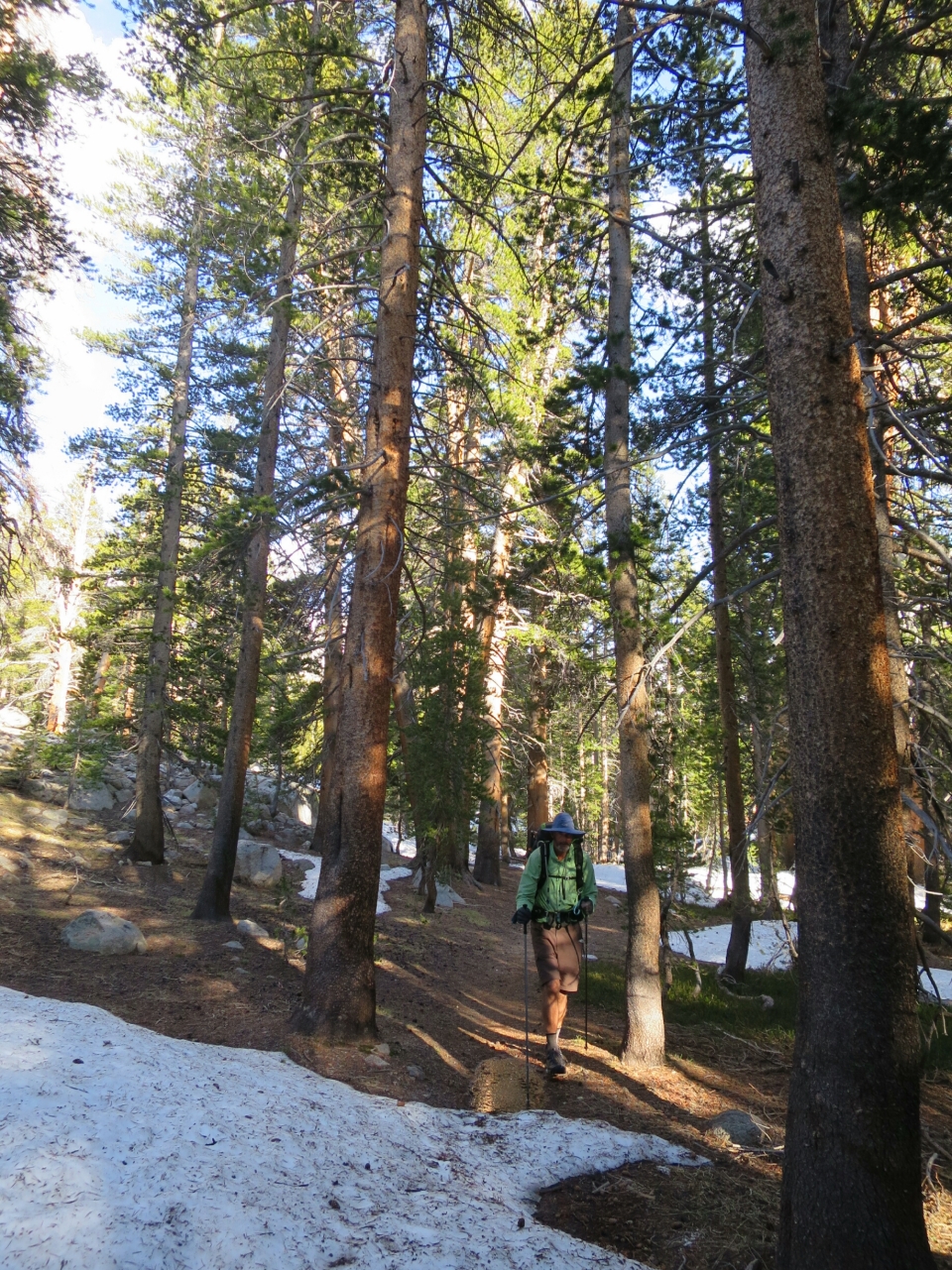 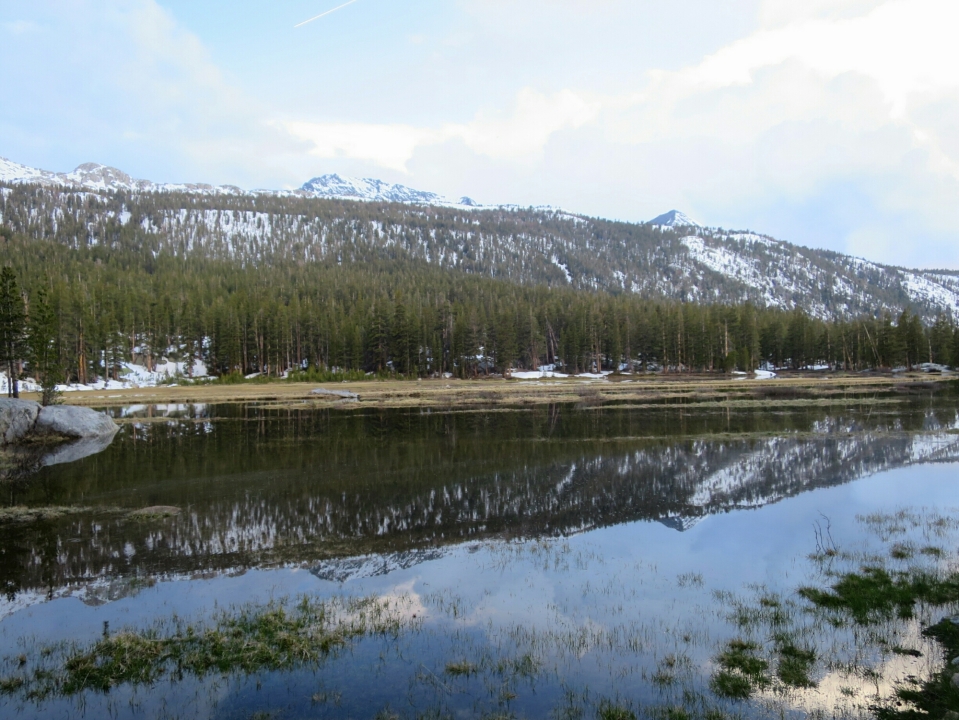