NOT ANOTHER PASS – SELDEN PASS

The frogs were all quite when we woke up. Our first task on leaving camp was deciding how to cross the notoriously difficult Evolution Creek. Where the PCT crosses the creek can be very high water with rapids not far downstream. We chose to take the alternative route and cross way upstream where the water was likely to be shallower. We were again lucky with the weather.  It was sunny and the creek was mid-thigh deep. We dried our feet after the crossing, got our shoes on and walked less then a hundred yards to find another two branches of the river close by each other, probably mid-shin deep. We changed out of our hiking shoes and this time stayed in our camp shoes untill we got to higher ground. The water was freezing cold and feet were completely numb.

McClures Meadow all quite in the morning

Just before reaching the alternate route over Evolution Creek we met 2 other hikers, Permasmile and Beverly  (BevMo). We chatted to them for a while and crossed the creek together. It was so nice to meet other people who were having a great time. It feels like it has been days since we’ve seen anybody. And just as we were finished  putting on our shoes, hopefully for the last time this morning, we came across a family of 3 camped and sitting by a fire enjoying breakfast. They were taking a rest day and luxuriating over breakfast. We on the other hand were running out of food. We had 10 days of food and today was our day 10 and we still had 32 miles to go before reaching Vermillion Valley for a resupply and much needed rest. So this morning we did not have breakfast saving it as our only meal for tomorrow hoping to reach Vermillion by lunch time tomorrow. 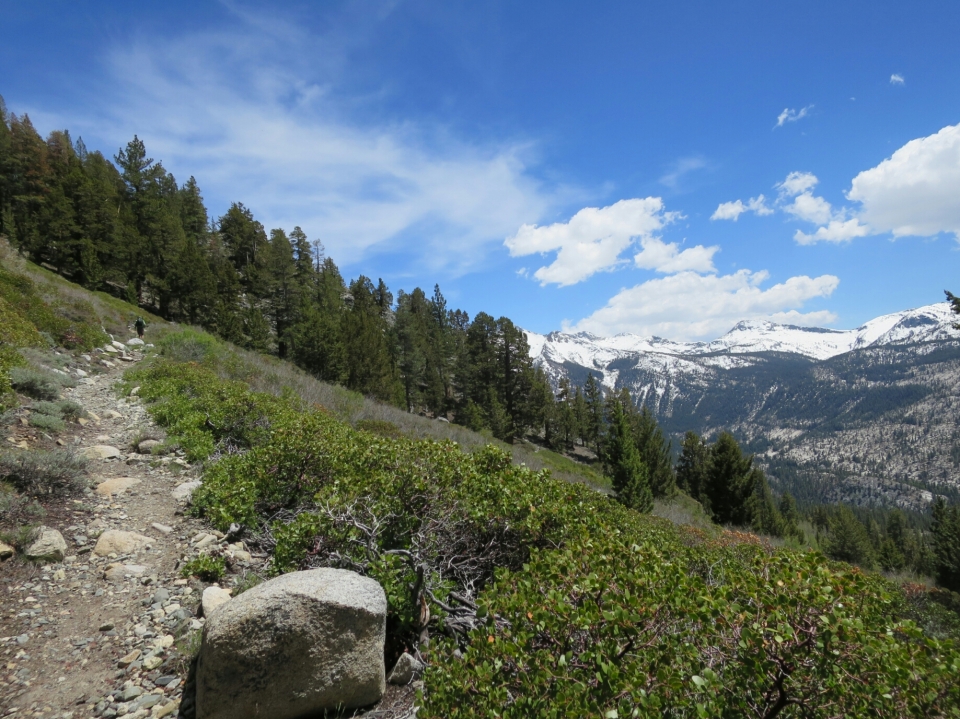 It has certainly been a challenging 10 days but our challenges were not over yet. Today we had to go over yet another pass – Selden Pass at around 11,000 feet. I was not sure I had it in me to get this one done, I was exhausted and hungry. I hiked quickly to get to the bottom of todays hike and to have lunch before starting the long ascent to Selden Pass. We were hiking along beautiful smelling aspen and pine  forest. Every smell remind me of food. The aspen leaves underfoot reminded me of family picnics and the most delicious cheese and tomatoe sandwiches with loads of butter on fresh home made bread. The taste was like nothing else.  The smell of the pine forest will for me always  be associated with berry pies crusted with sugar on top. Food preoccupied my thinking. I tried not to talk to Hammer  in case I made our hunger worse.Thus food reverie kept me occupied until we descended to just over 8,000 feet and  the turn off to Jenny Lake and Muir  Ranch. We had lunch here, our first meal for the day. While we had enough for lunch we could probably have eaten twice as much.  After lunch we started the long ascent to Selden Pass. It was hot and it was just sheer hard work, going straight up one switchback after another. We climbed for about 3 miles to gain about 2,000  feet in elevation. 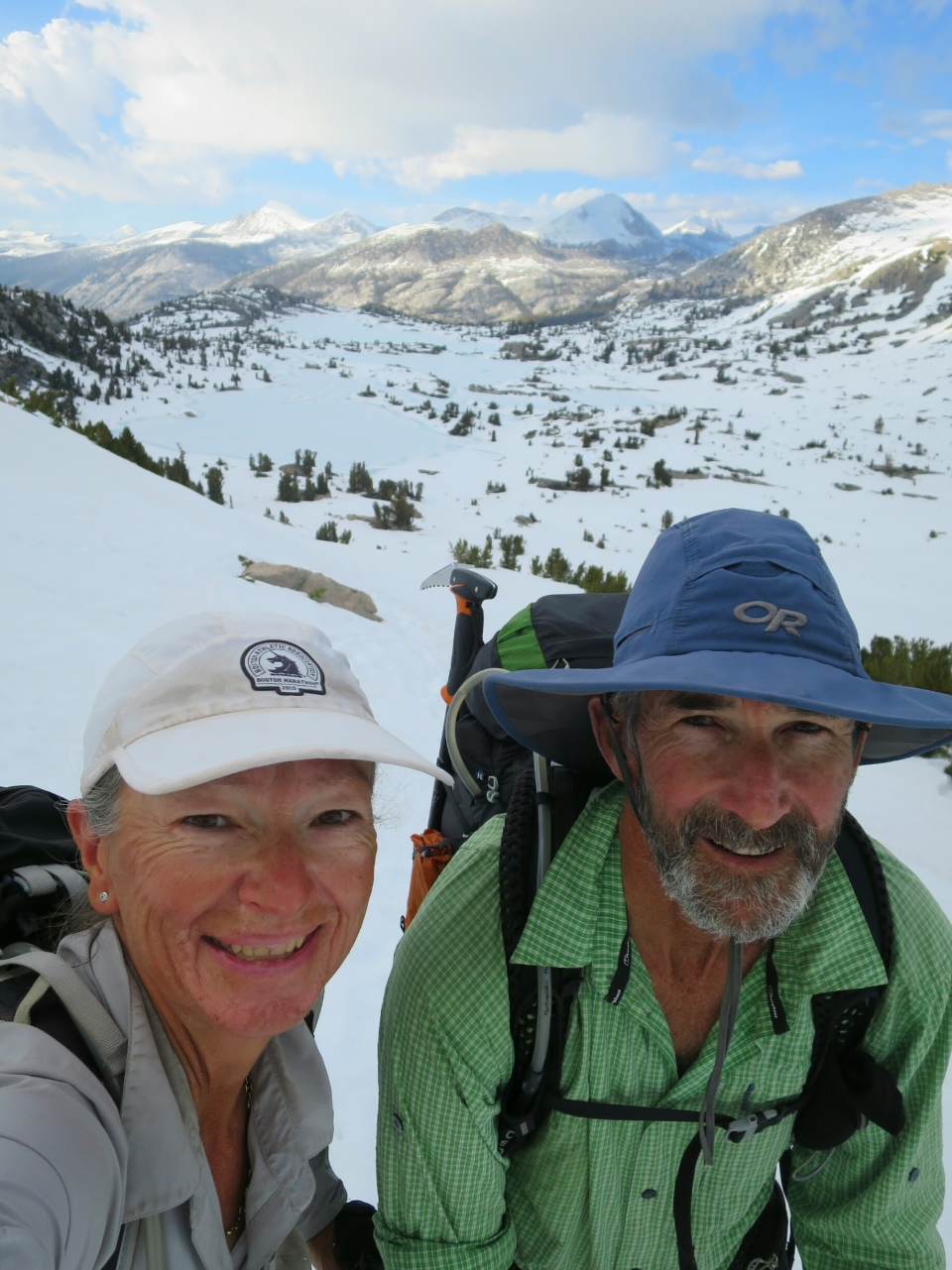 After the steepest part of the climb was over the trail leveled off and we hit our first snow. …NOoooooo I silently screamed. We were hoping that Selden Pass would be snow free as it was so lovely and warm down below. Selden Pass was just like the others providing us with its own challenges. We got lost quite a few times as the trail was covered in braided streams of snow melt. And to add to our challenge my phone which we have been using for navigating was about to run out of power as had our power pack. We had a back up phone which was almost fully charged but on it we just had the Halfmile app and maps.  We knew this would be enough to get us out of any trouble.  But it was getting late in the afternoon and we were still at least 2 miles from the summit.   We followed a bearing knowing we would eventually get to a lake which was east of the trail.  We eventually found sections of trail which were exposed and were confident that we were on the right track only to lose the trail again.  My anxiety was going through the roof but I knew that if we just kept working through calmly we would eventually get there. It was nearly 4pm before we approached the summit of Selden Pass. With the still frozen Heart Lake to our left we started straight up the Pass. Vertical climbing through snow, it was beyond hard work.

But we made the summit and immediately  set about getting off.   On the descent we were so happy to find a set of fresh footprints which we followed until we lost them but managed to get back on what we thought was the trail. And hours after getting off the summit we found the level at which the trail was completely snow free. Here we called it a day, 0.2 miles short of one of the most dangerous creeks crossings on the PCT. We just did not have the physical or mental energy to attempt to cross Bare Creek. It will have to wait till first thing in the morning.