The industrial hum that lulled us to sleep last night by the creek was not the wind whistling through the power lines after all. The wind died down but the hum continued. It sounded more like the hum of a distant turbine or some kind of big generator. There was also the frequent passing of freight trains blowing their horns. These sound  accompanied us most of the morning as we hiked towards Silverwood Lake Recreation Area.  It is a shame really as the creek must have had hundreds of frogs, which we could just hear croaking nearby.  If I wasn’t so warm and toasty in my sleeping bag, I would have gone out frog spotting.

It was a cool and cloudy morning  with a sprinkling of rain from time to time.  The landscape we passed through until Silverwood Lake was quite developed with significant power and hydro infrastructure. Reaching Silverwood Lake for lunch was a relief. The picnic  area we stopped at was enormous with numerous carparks.  But strangely it was deserted  even though it was a weekend. Maybe the cool,  overcast conditions were responsible.
We met only two other hikers all day, an English couple Charlie and Katy from Plymouth. 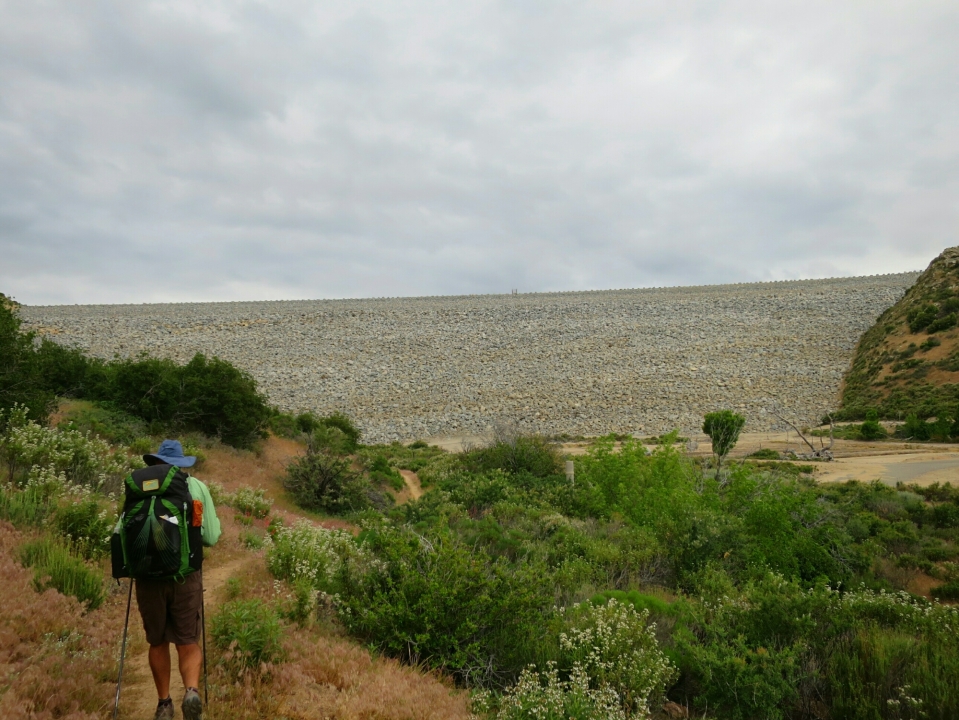 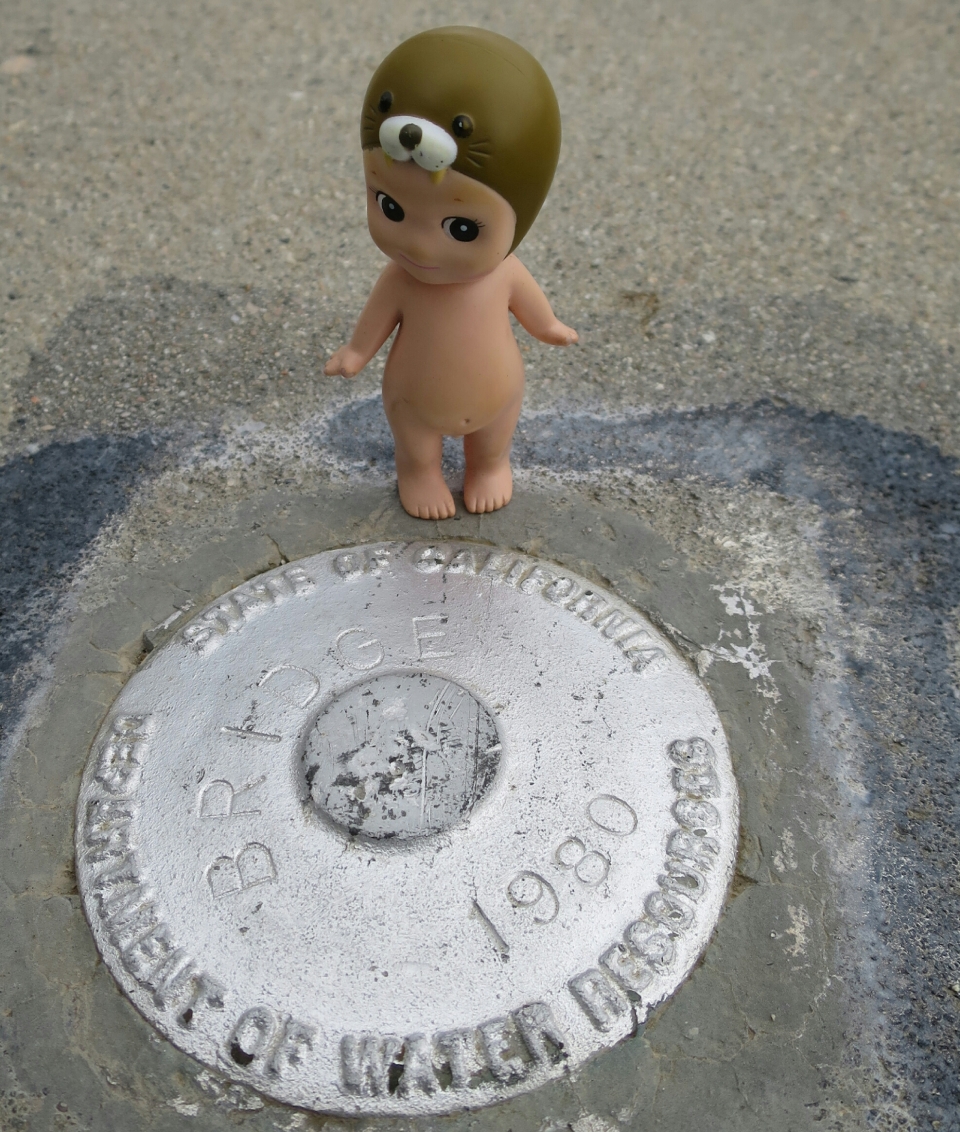 After Silverwood Lake we rolled along away from the dams but still not far from the sound of the freight trains, which we could not see. The high mountain peaks in the distance were an icy blue colour with snow crowning one of the peaks we could see on the horizon.

We had a relatively easy day partly because of the cool conditions and partly because the terrain was not overly demanding. I was stopping frequently to take photos of the wildflowers lining the trail. The flowers look so beautiful that at times I can’t believe they are real.  I was so happy to see my favourite, the flowering cactus, back. 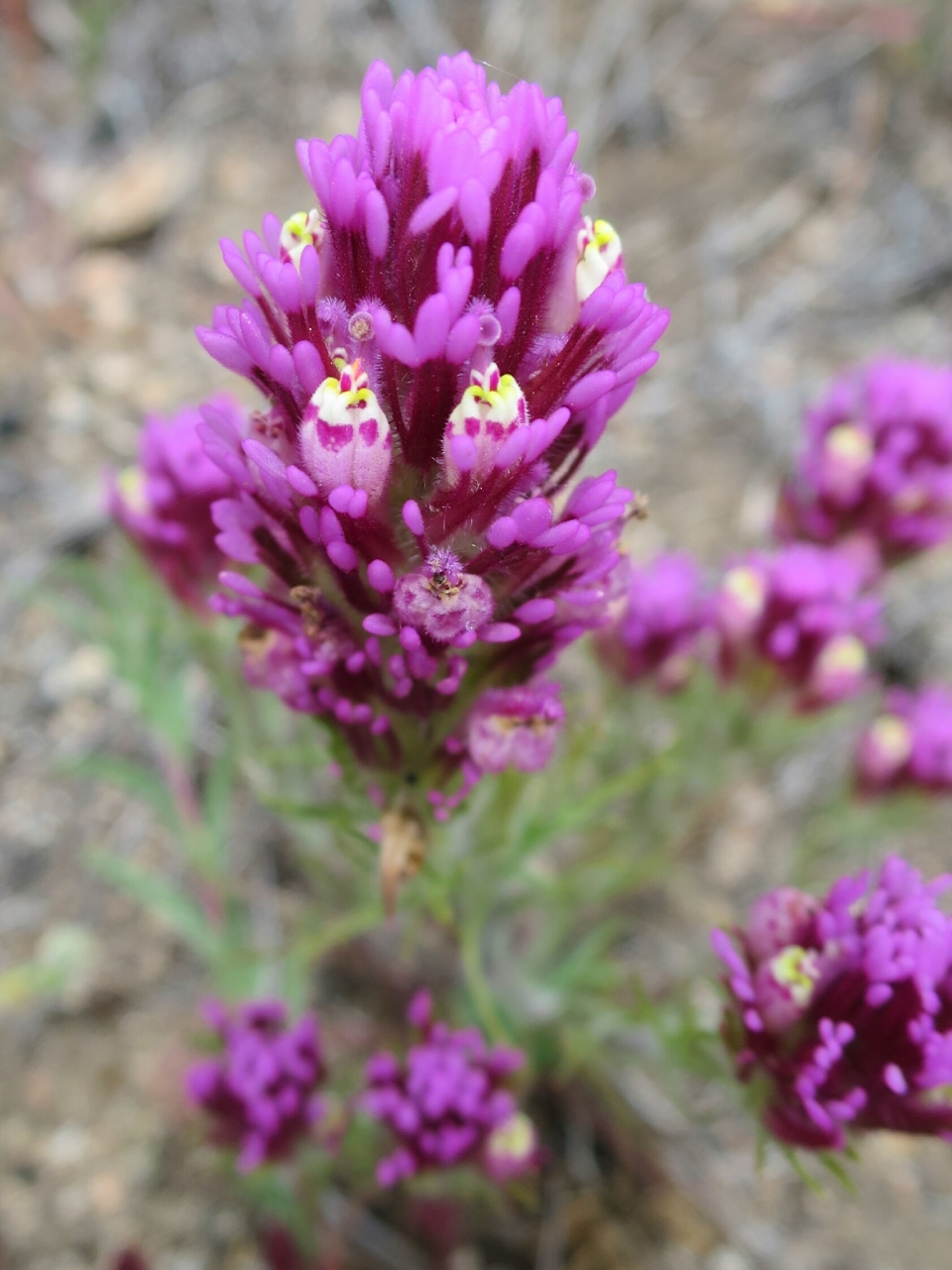 The miles just seem to tick over today. And as we are planning a short day tomorrow, we stopped at the first suitable campsite in the afternoon. We are in Cajon Pass tomorrow for resupply and an overnight in a hotel room with an enless shower. It is now just after 6pm and we are curled up in our sleeping bags,  warm and secure with the sound of rain drops tinkling against the tent.  Another top day on the PCT. 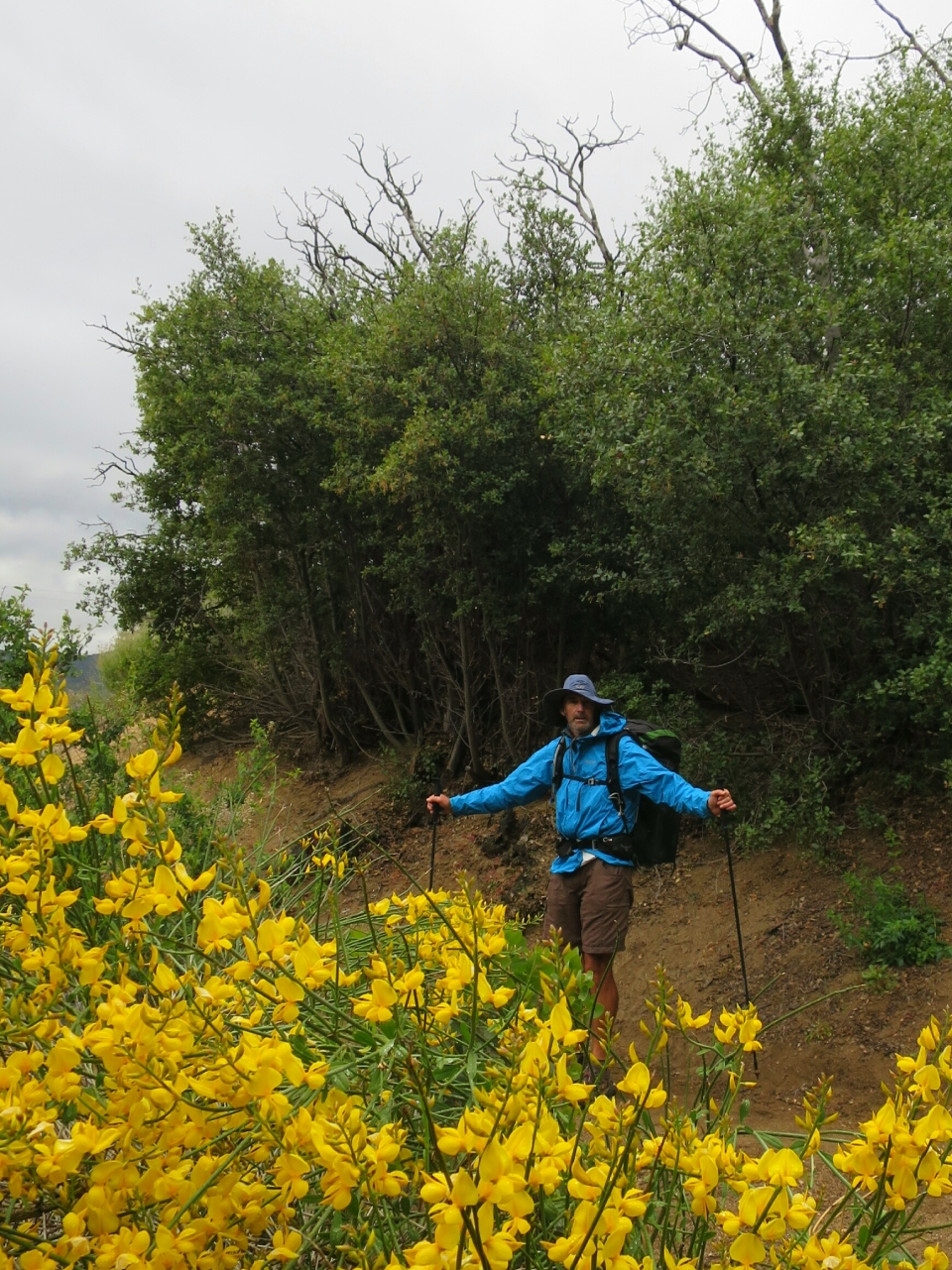 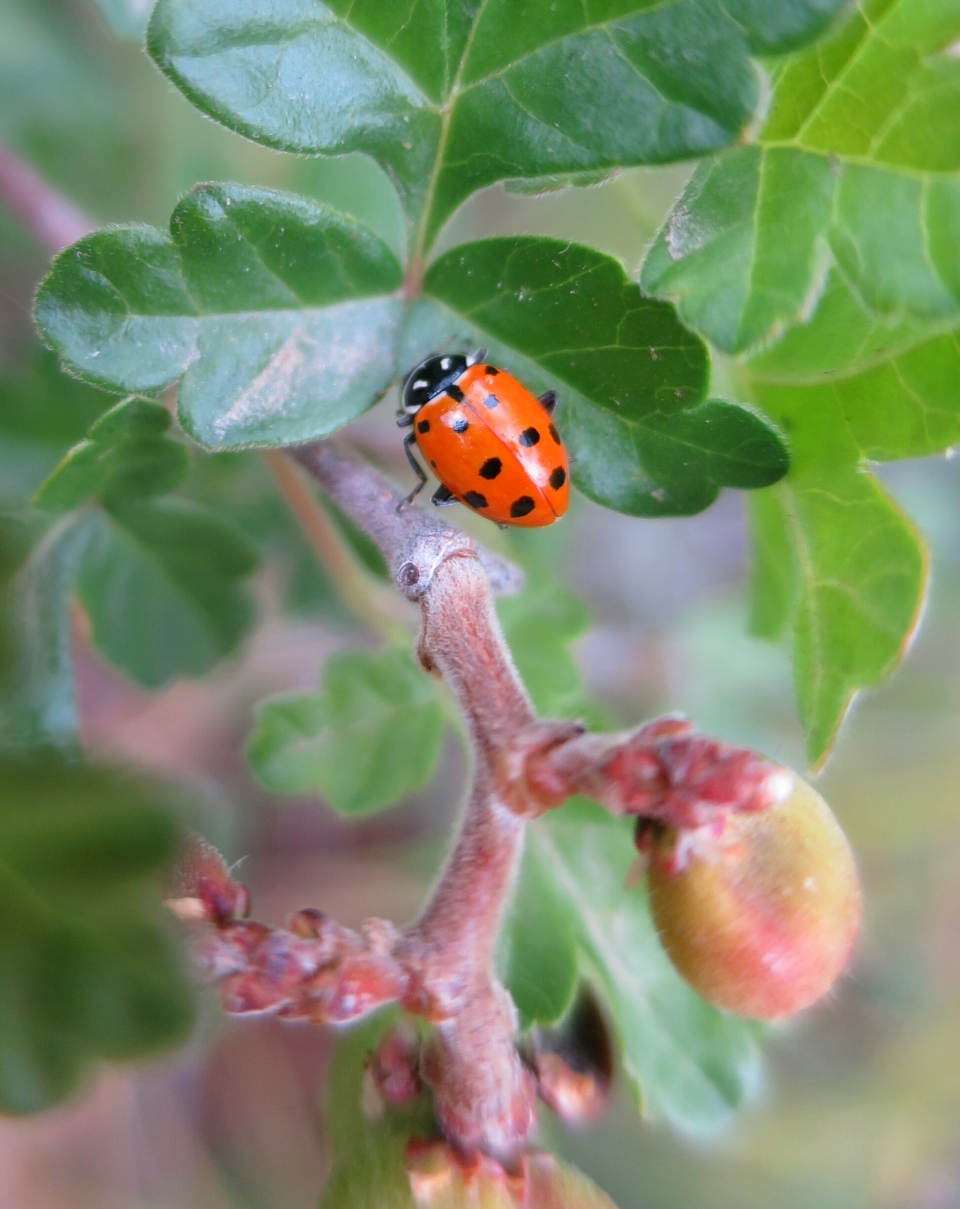