Amazing the difference 12 hours sleep makes.  We woke this morning to the sound of a woodpecker hard at work somewhere nearby. We felt renewed and refreshed. Not only were we refreshed but our surroundings were as well. Over 2 inches of snow had fallen through the night. We woke to a landscape that was unrecognizable from the one we saw last night. Snow blanketed everything. It was so quite as we broke camp and headed off. The plan was to stop and eat breakfast further down the track once we warmed up. Walking through the freshly fallen snow, the crunch of dry and soft  powder underfoot we can only describe as magical.  It is so foreign to us to see a snow covered pine forest, we were delighted by this winter-like wonderland. A few time as we walked Hammer would exclaim ” I love this. How good is this?”. There was so little wind, the snowflakes were gently swirling around us as snow continued to fall.  It really made our day. 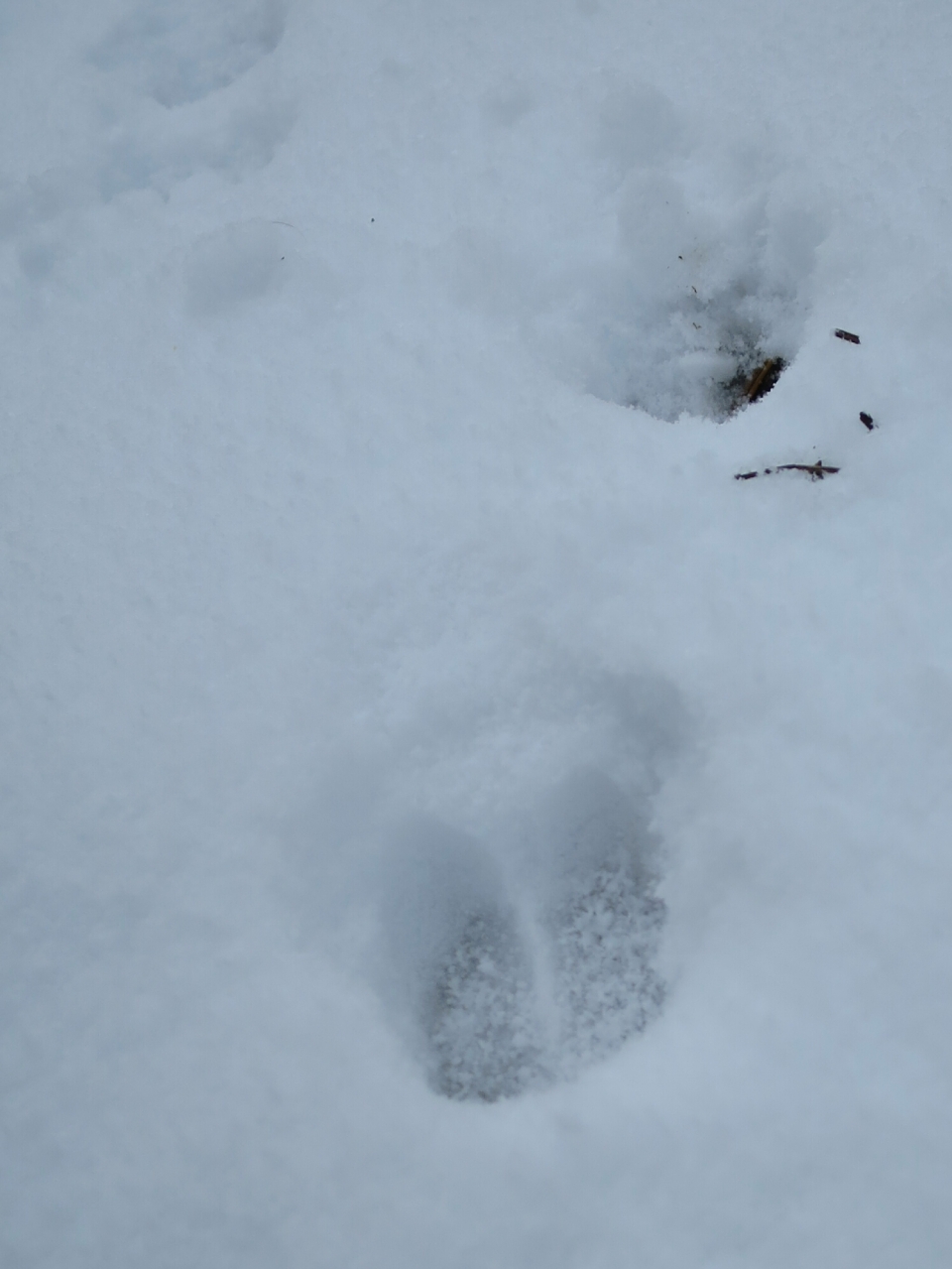 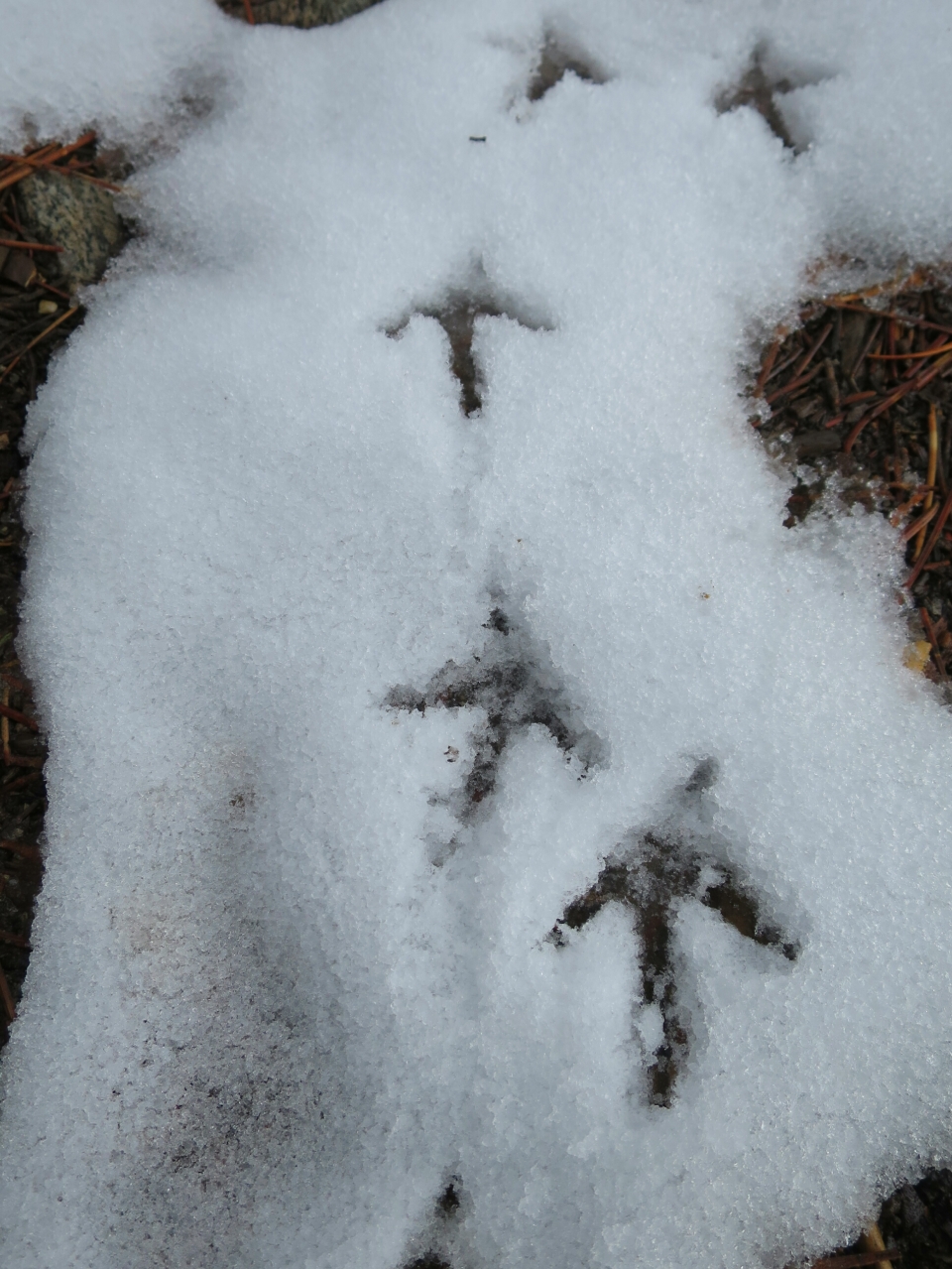 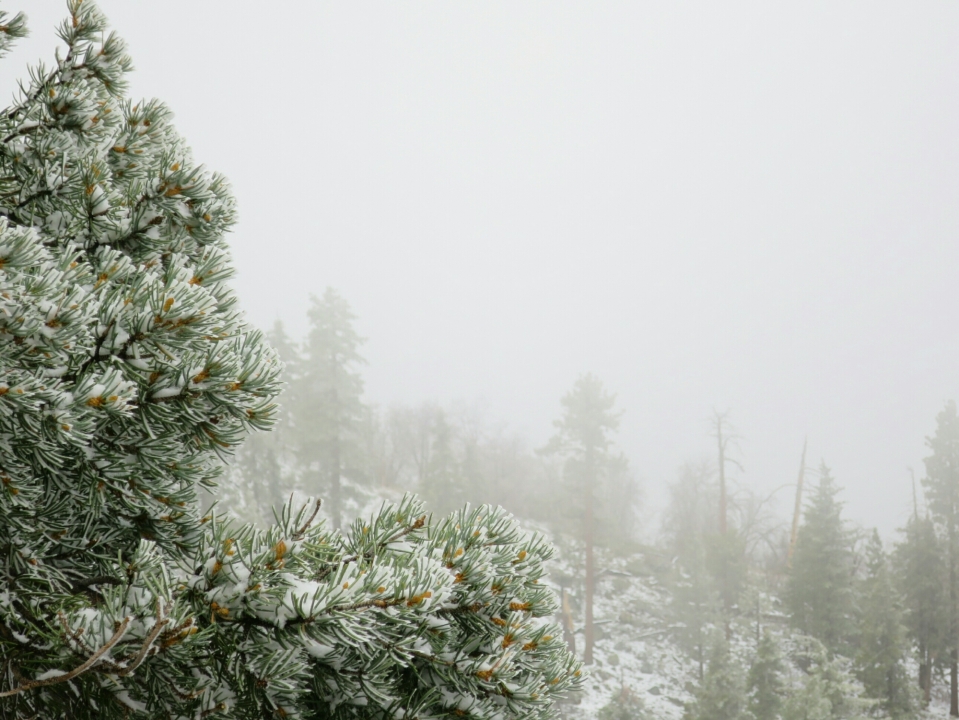 We had camped at an elevation of just over 7,000 feet not far from the turn off to Big Bertha peak and as the trail dropped in elavation snow had stopped falling. Gradually the snow thinned and started to disappear from the ground around us as well.

We walked through a large burnt forest area

The sun was trying really hard to break through the clouds. And eventually we had more and more sunny breaks. We reached Holcom River, which we crossed a few times and were back amongst the desert flora that we are so familiar with now. It was such a contrast to the morning.  Hammer summed up the day as being the most gorgeous we have had on the trail so far. I would have to agree, the PCT continues to surprise and delight. 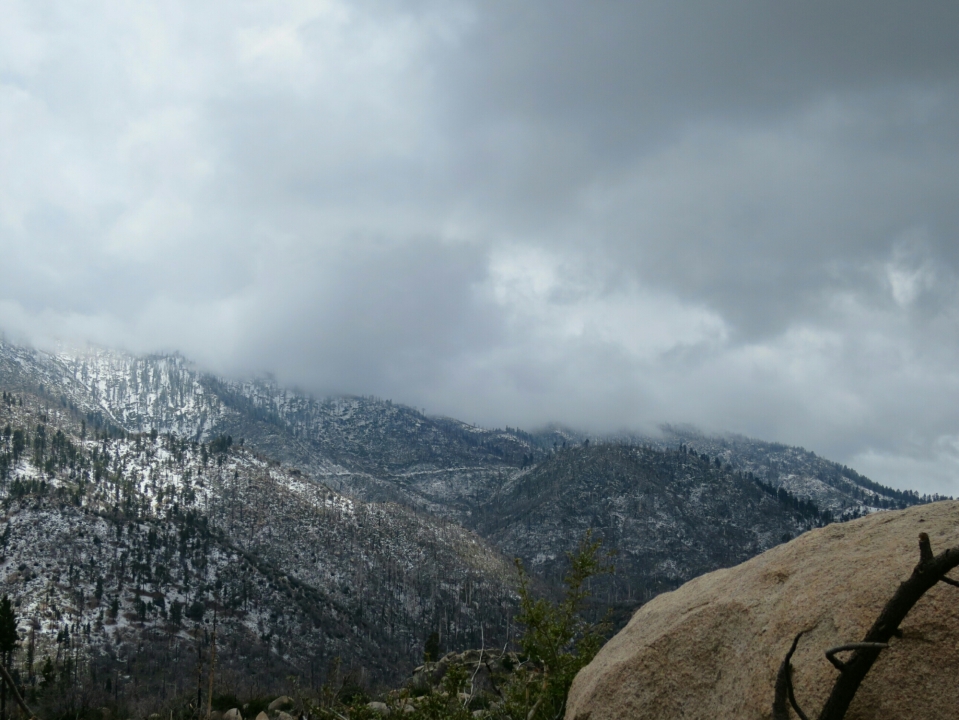 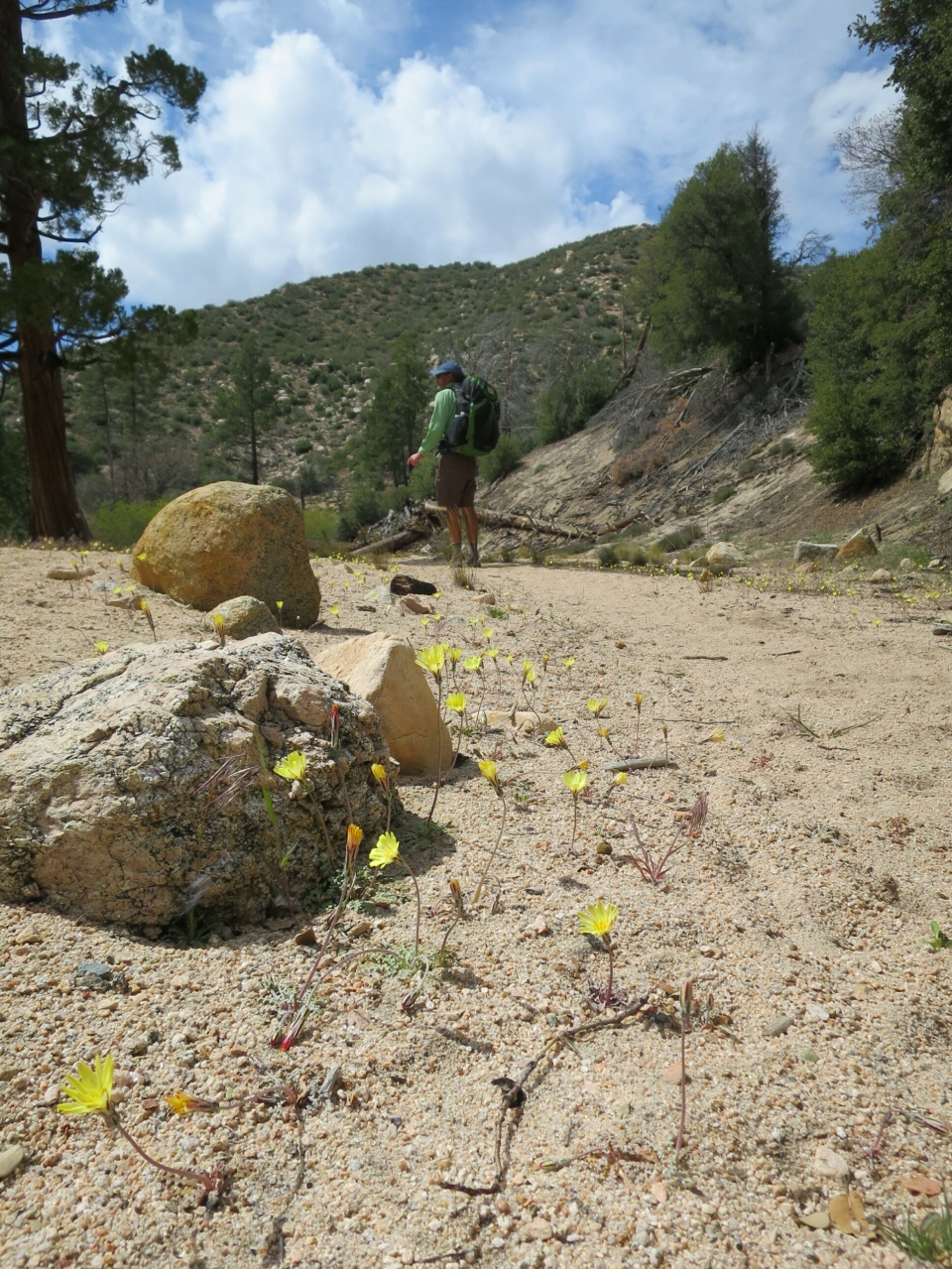 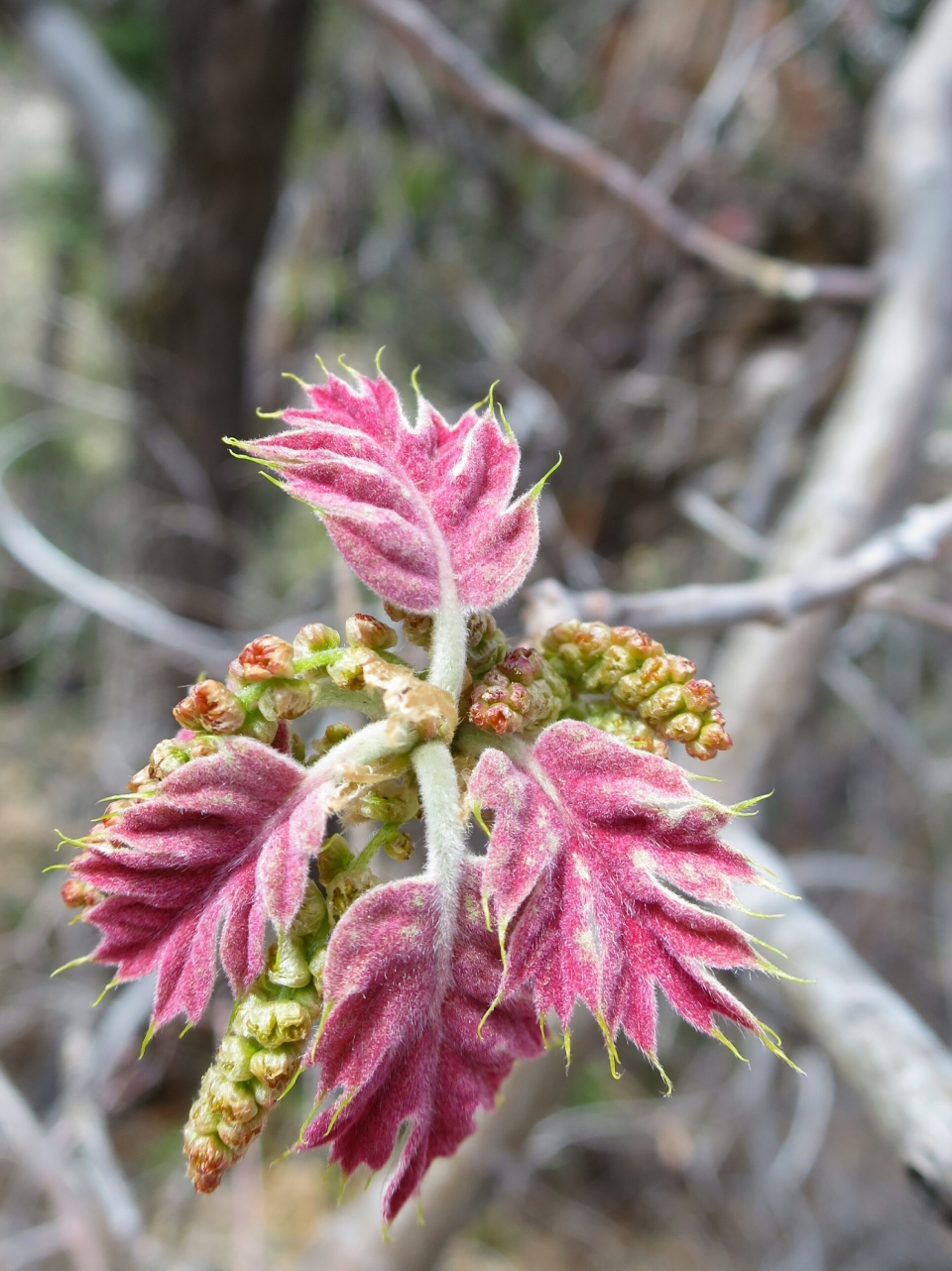 10 thoughts on “FOOTSTEPS IN SNOW”