It was the sweetest sound to wake to this morning….birds were chirping and twittering all around us. The silence of the desert feels like it is behind us. It was a cool start to the day, we were camped at just under 6,000 feet elevation. The other hiker camped near us had not stired by the time we left just after sunrise. 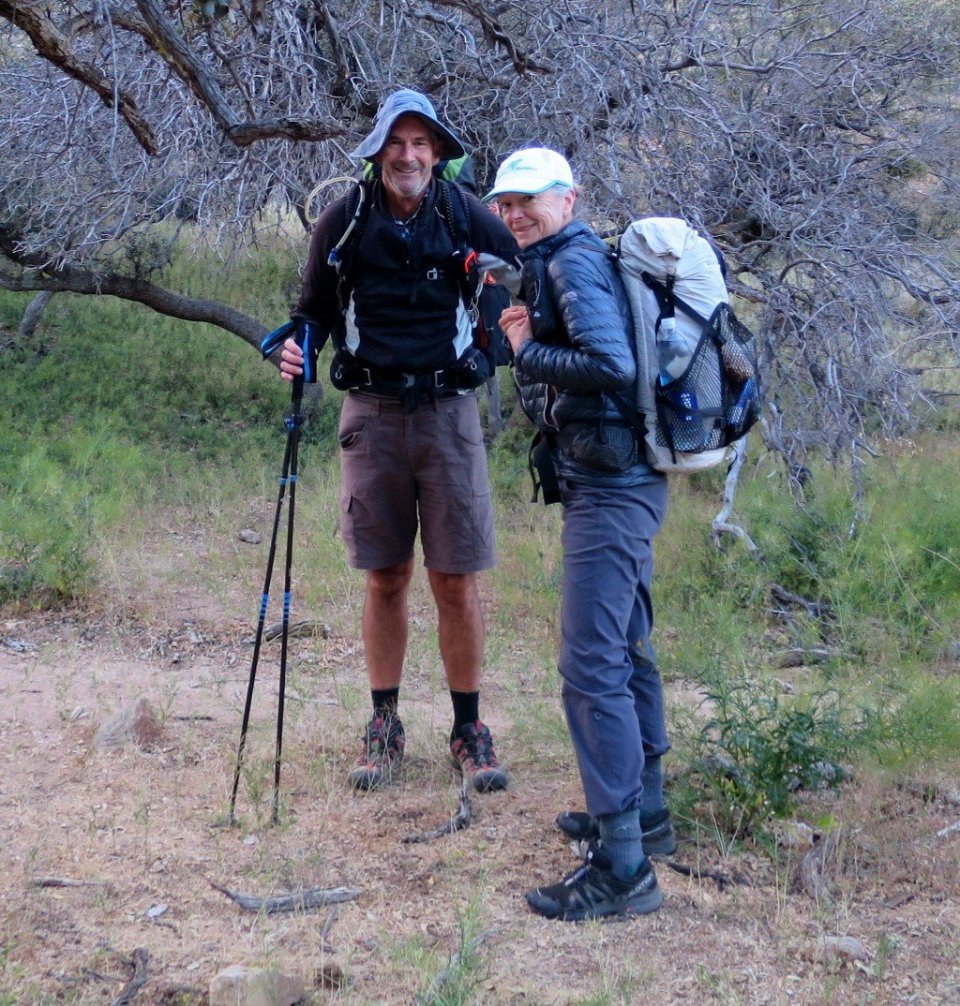 It was a beautiful and cool start to the days hike. It was so nice to see a real transition in vegetation. The cactus were not as abundant and it was a cause for a whoop and a holler when we passed our first pine tree at Mile 103. I was so happy to have seen at least one cactus in full bloom yesterday before we left that section of desert behind. 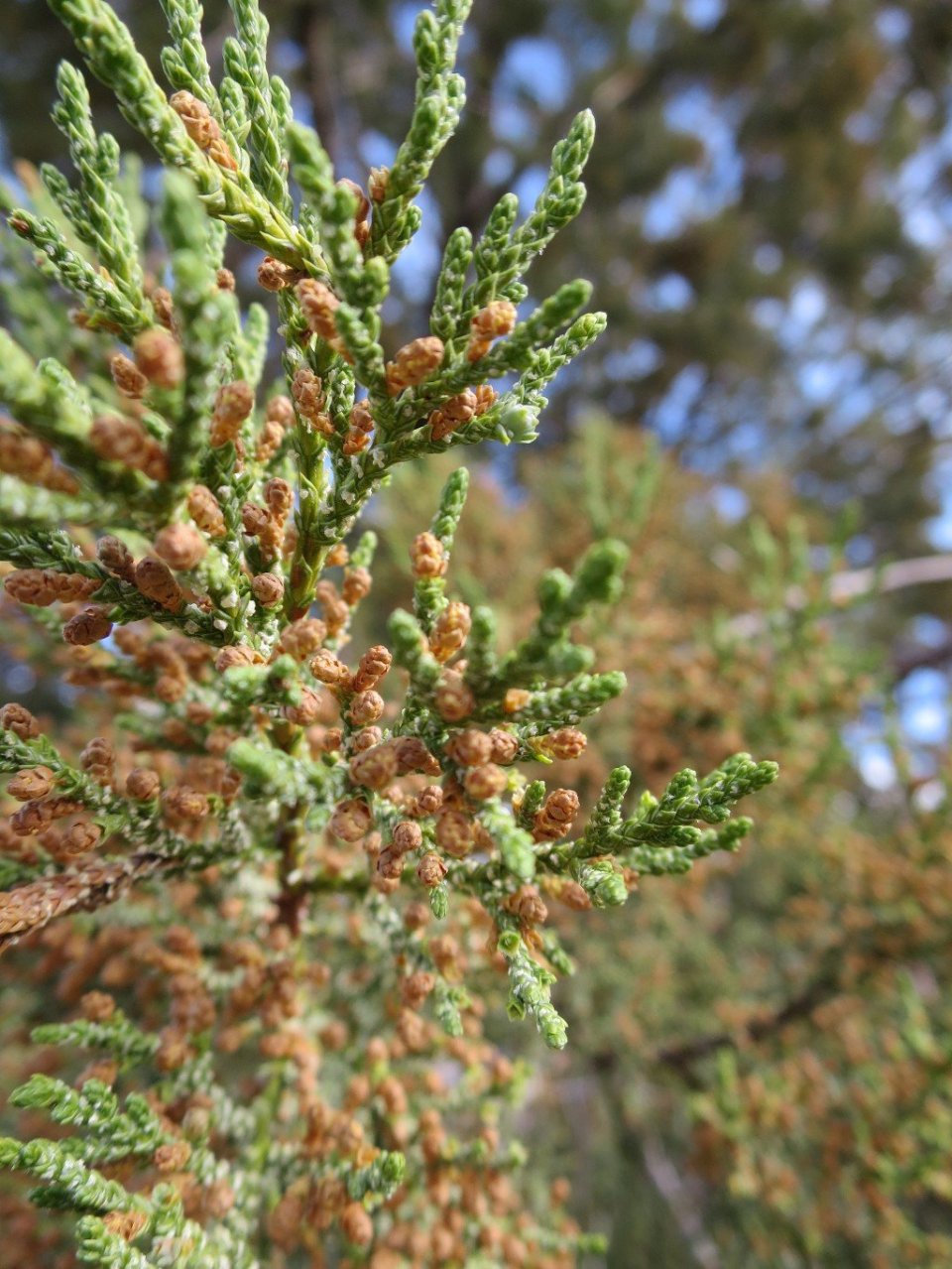 The morning hiking was absolutely delightful. Vegetation cover was increasing, we were climbing slowly and cloud cover provided cool conditions. Hammer was powering along. I had trouble keeping up with him, particularly as I kept stopping so frequently to take photos of the most beautiful and prolific blooms. We passed an abandoned mine and soon dropped over a ridge with distant views of green valleys beyond. Such a remarkable transition in a relatively short distance.

It was so cool when we stopped for a short break that you almost needed to put a jacket back on. Hard to believe given the baking desert heat of the past few days.

Although we stopped a few times to dry our feet and to take in the views we were so distracted by the remarkable transition that we forgot to eat our breakfast till almost 11am.

When the sun broke out through the clouds it warmed the pine trees giving the wonderful sweet pine forest scent. Something we’ve learnt to love since we started hiking in the northern hemisphere. The sunny breaks did not last long. We stopped for lunch by a solar powered well. Hammer filtered water while I cooked lunch. The well did not look that attractive, thick with an algal scum. But the filtered water tasted terrific. 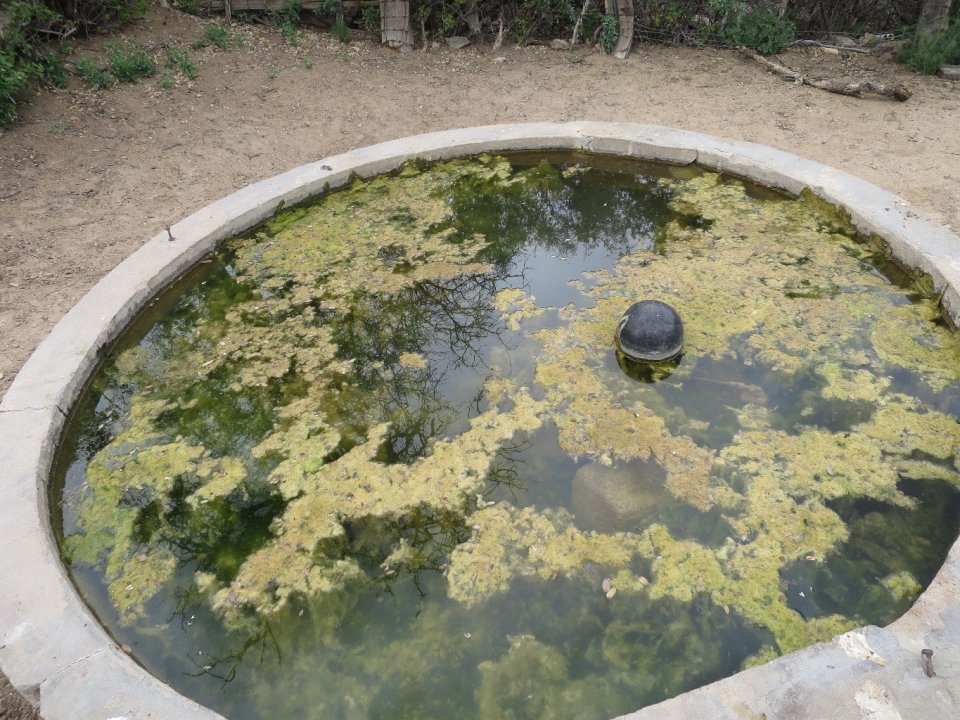 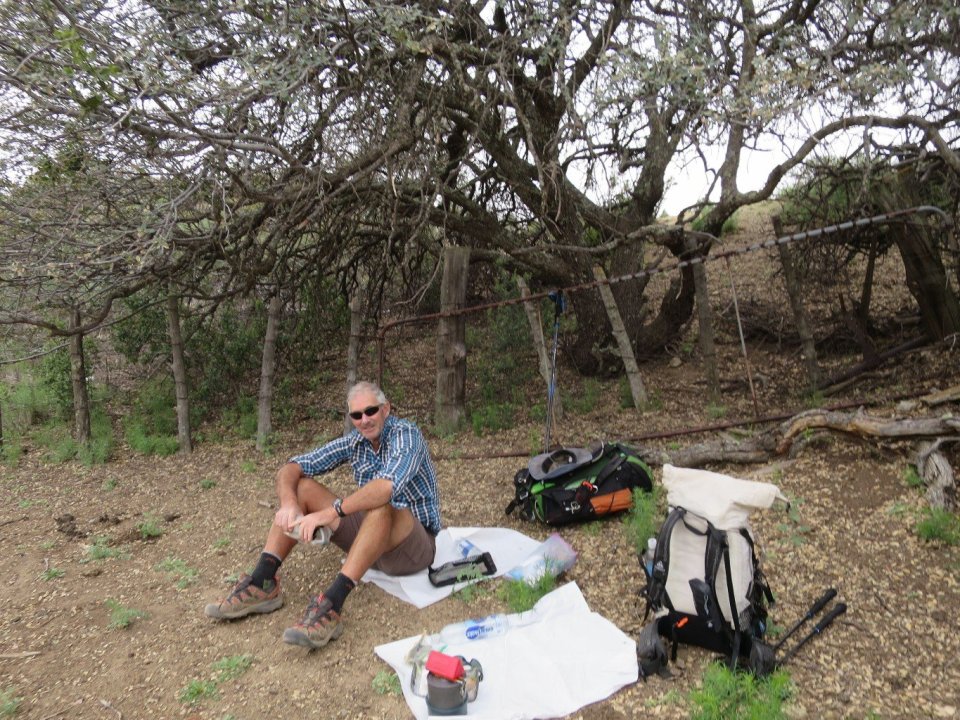 By the time we finished lunch a sprinkling of rain started. This did not last and we moved on planning on stopping for the day at the next water source at the cistern on Jacks Peak. The hiking felt easy and we hiked together for most of the afternoon. The dark clouds were all around but there was plenty of of blue sky. We were pleasantly surprised to find our third but of trail magic at Burro Mountain Trailhead carpark. Wonderful sweet mandarins and apples and plenty of water.

From the trail head it was a just over a 4 mile hike to Jacks Peak rising 1,400 feet in elevation, that’s around 6km distance rising around 500m in elevation. It is the steepest climb so far on the CDT. About a mile into the ascent we could hear rolling thunder in the distance. We had plenty of water if we had to stop short of the cistern. 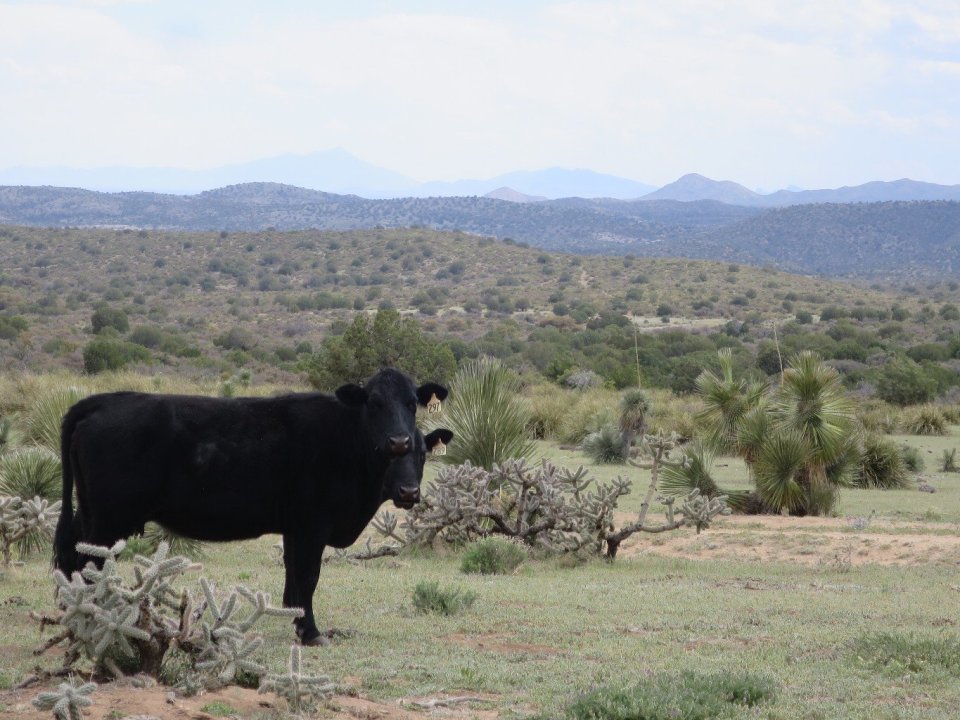 With the thunder getting closer we realised that camping on a peak in a thunderstorm was not such a good idea. Half way up the climb we decided to stop as we could see lightening accompanying the thunder. The rain arrived just we started to put up the tent. And by the time we made it inside the tent, the rain turned into sleet.

We are camped at 7, 270 feet in elevation about 2 miles short of Jacks Peak. We were so relieved to find a good camp spot and in time to avoid getting wet. The thundering seems to be moving away as I was finishing writing this blog. It’s so nice to stop early especially after our late finish yesterday.

Just as we thought the storm had passed it came back even louder and stronger. The time between lightening strikes and thunder was getting smaller so we knew it would pass over us. It sounded and looked like fireworks were being set off nearby. When it passed over us was a very uneasy feeling. But luckily it did not stay around. We were so pleased we were not camped on the summit of Jacks Peak right now.

← DAYS OF THUNDER
CANYON WALK PLUS SOME →