Always surprising to see what difference a bit of elevation makes. It was reasonably mild temperature when we went to sleep last night, but around 3am I woke up freezing cold. I did not think I needed thermals yet. I put on my hiking clothes and went back to my sleeping bag for a little bit longer. Hammer said did not feel the cold so much.

It was nice to look out of the tent this morning and see that the clouds had cleared. The moon was still high in the sky with a small planet illuminated just below it. From the campsite we could see what looked like a busy road near a town. Most likely the I-10 in Lordsburgh. 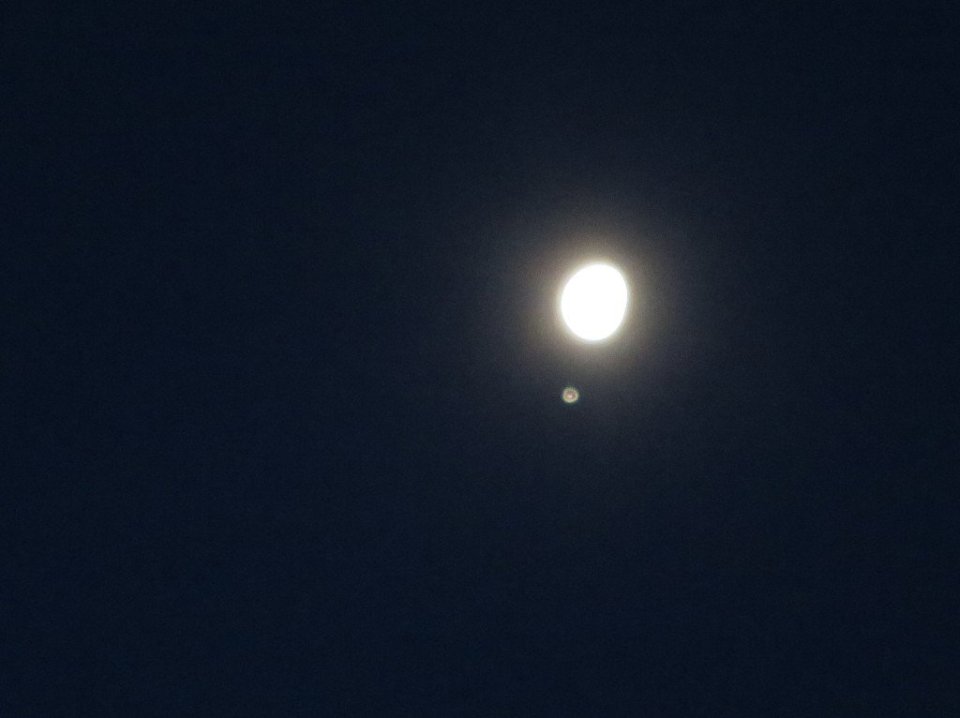 We got moving pretty early mainly to keep warm. The sunrise was soon visible though the trees. These are the tall pines which had not appeared lower down on the slope. The pines lower down were all relatively small, Hammer called them bonsai pines.

We reached Jack’s Peak an hour after leaving camp and stopped to filter water. It was a pretty location with ruins of a house on top. But the wind was bitterly cold. We could not wait to get off the top of the mountain. We were so pleased we didn’t camp here last night.

The descent was quite nice, we were in the sun and out of the wind. The filtered views through the trees to the desert floor below were very nice.

As we dropped in elevation the tall pines were again replaced by small ‘bonsai’ ones. The morning seem to fly by, so we were disappointed to find that we had not covered as much distance as we felt we had. Maybe it was all those stops along the way to admire the view. 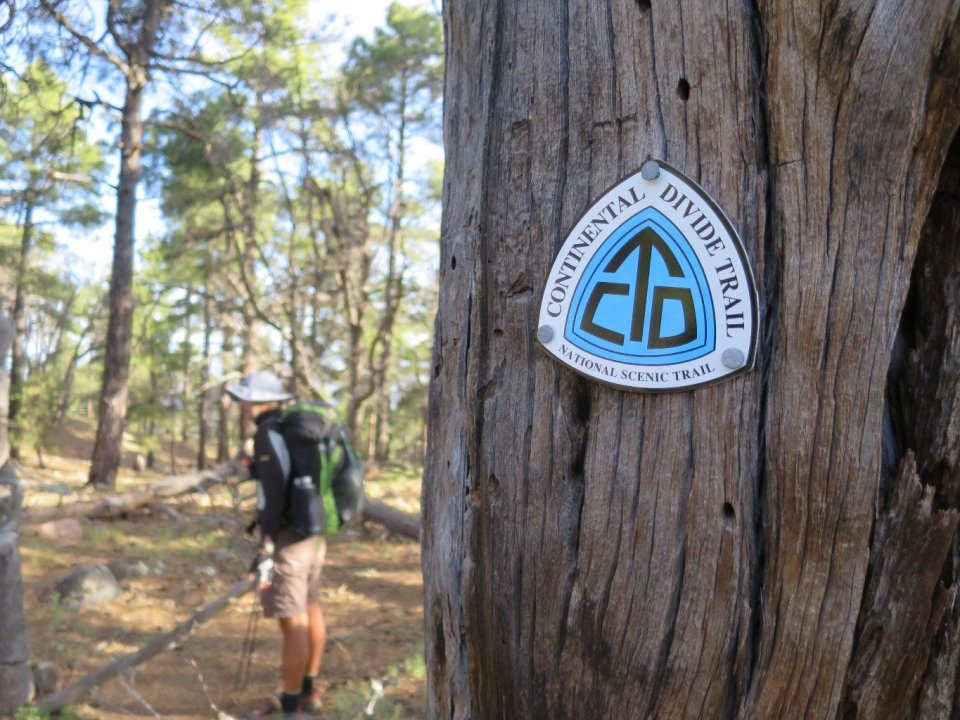 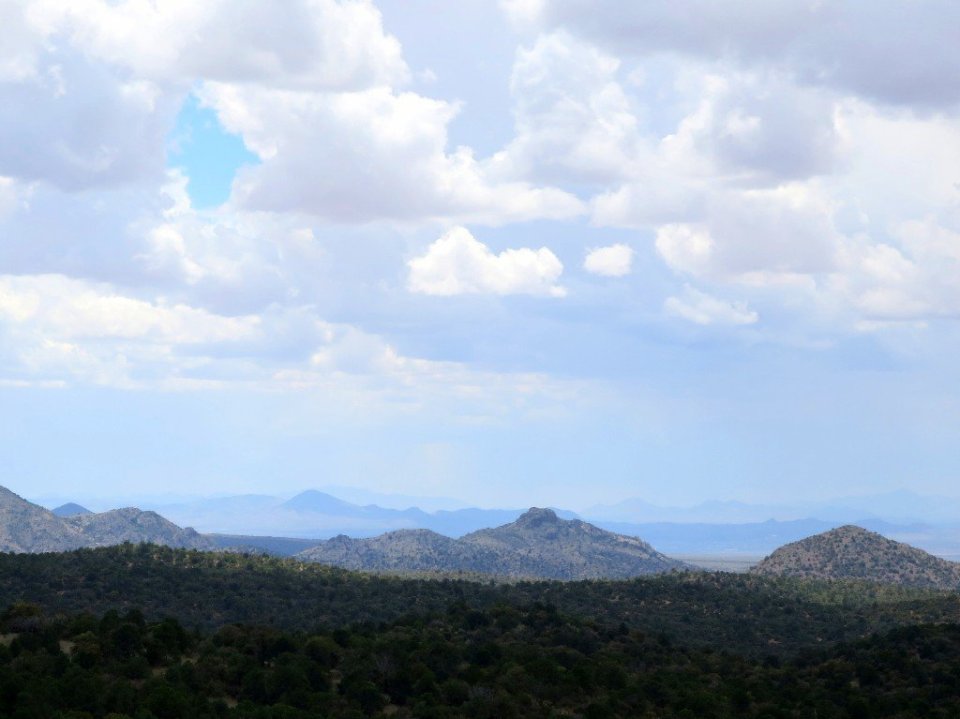 It was so nice to be near a creek bed with some water in it, we stopped for lunch. We crossed numerous creeks beds up till now but all have been dry.

After lunch the afternoon dragged on a bit. We traversed dry gullies and ravines and the trail was rocky under foot. While it was nice to have trees and greenery, there wasn’t much variation. It was hard going. My spirit would lift a bit anytime there was a bit of colour for distraction. As Hammers feet were on the mend he felt great. 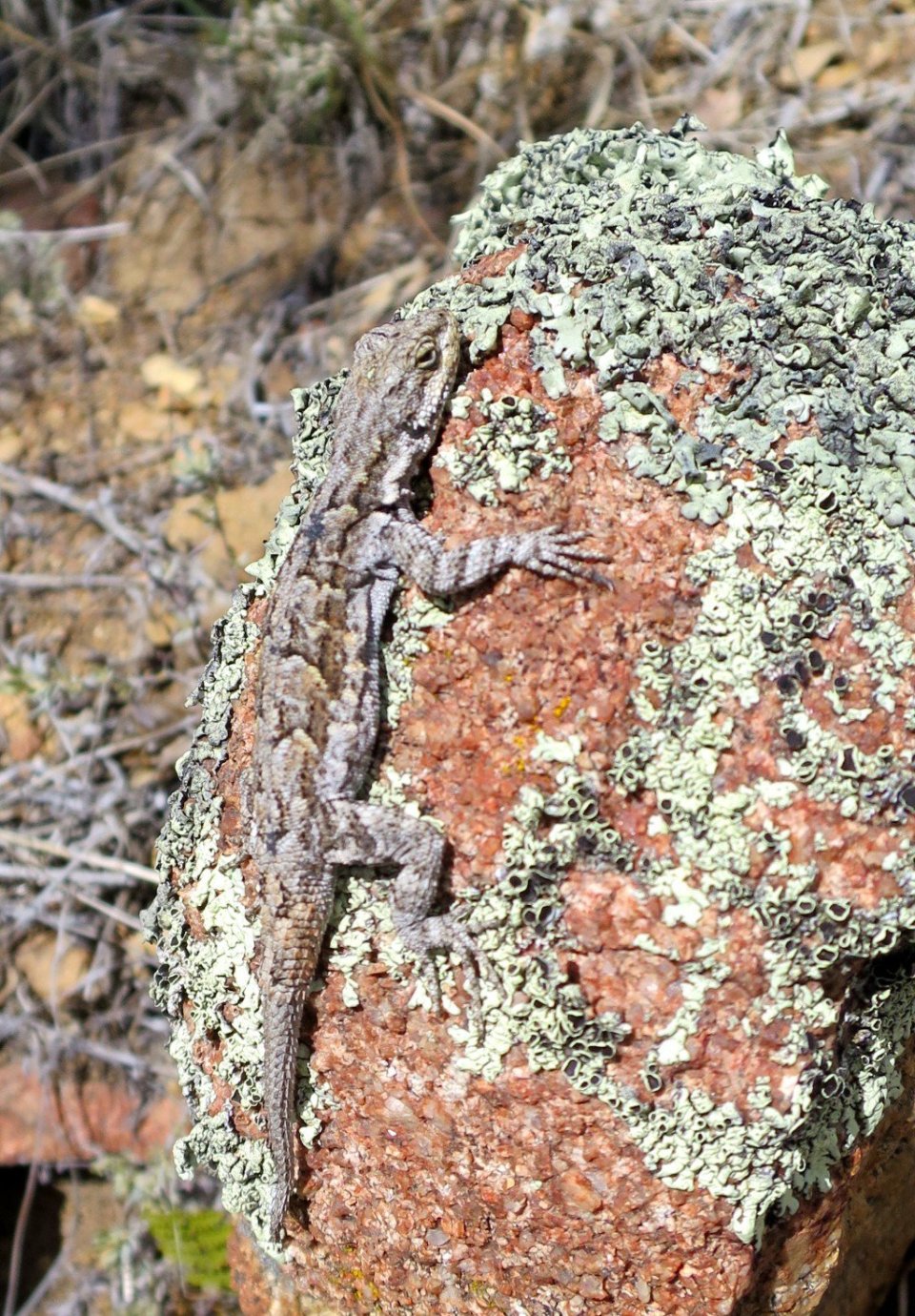 There were a few clouds building behind us and we could hear distant thunder. But in front of us the sun was shining. We had planned to hike till about 6pm and then look for a camp spot. But well before 6 it started to rain, just a little spit at first. It was when we stopped to look behind us that we realised that the angry looking dark clouds will be over our heads soon. 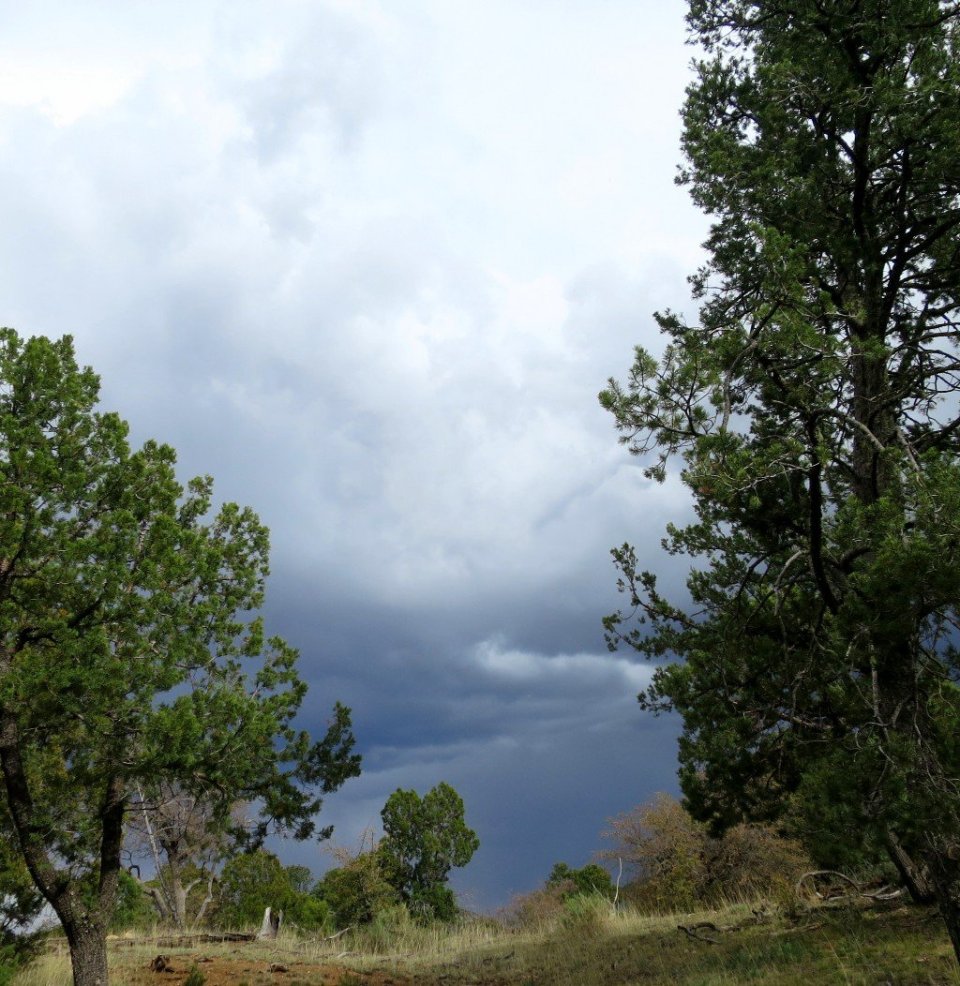 We stopped and got the tent up. Within 15 minutes, the sky opened and a heavy rain started to fall. Thunder and lighting were dancing all around. It is quite heavy rain and the thunder was quite scary as it was cracking so close to us. Unlike yesterday, it stuck around. We were feeling very pleased with our timely decision to stop early. 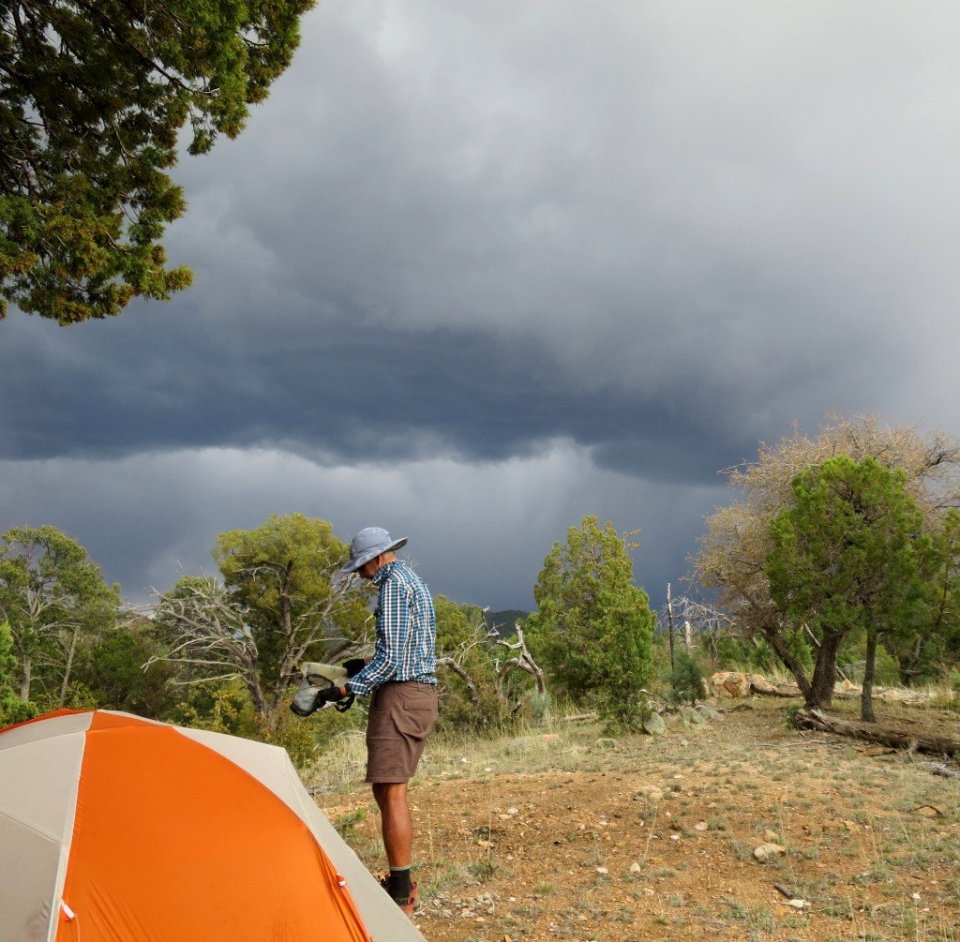 Week one on trail has come to an end. Hard to believe that we’ve had three thunderstorms already. The baking desert heat, although only a few days ago, seems like a distant memory.

The Big Agnes tent passed the thunderstorm test with flying colours. We are safe and dry as we lie in our sleeping bags listening to the rolling thunder and the heavy raindrops falling on the tent.

2 thoughts on “DAYS OF THUNDER”