CANYON WALK PLUS SOME

Last nights rain storm lasted for hours. We must have fallen asleep sometime after the thundering stopped. It was so nice to wake up this morning to absolute silence. Not a breath of wind and not overly cold. Perfect start to the day, which could only get better once the birds start to twitter. Although we were excited to get going, neither of us was looking forward to the 13 mile road walk section of the trail later in the day.

We talked about whether we would be tempted to accept a ride into town, if it was offered. Hammer was certain that he would not. I on the other hand was not so certain. It depended on how scenic the road walk was going to be.

The morning was absolutely glorious. We left camp under a star and moonlight sky. The only sound we could hear was the crunch of our feet on the trail Not even the birds were awake yet. As the stars were washed out of the sky the birdsong started. We had wonderful open views to valleys beyond. As the sun came up, the valleys filled with a rising mist. The sky was clear, not a cloud was in sight and there was no wind. It was simply beautiful. 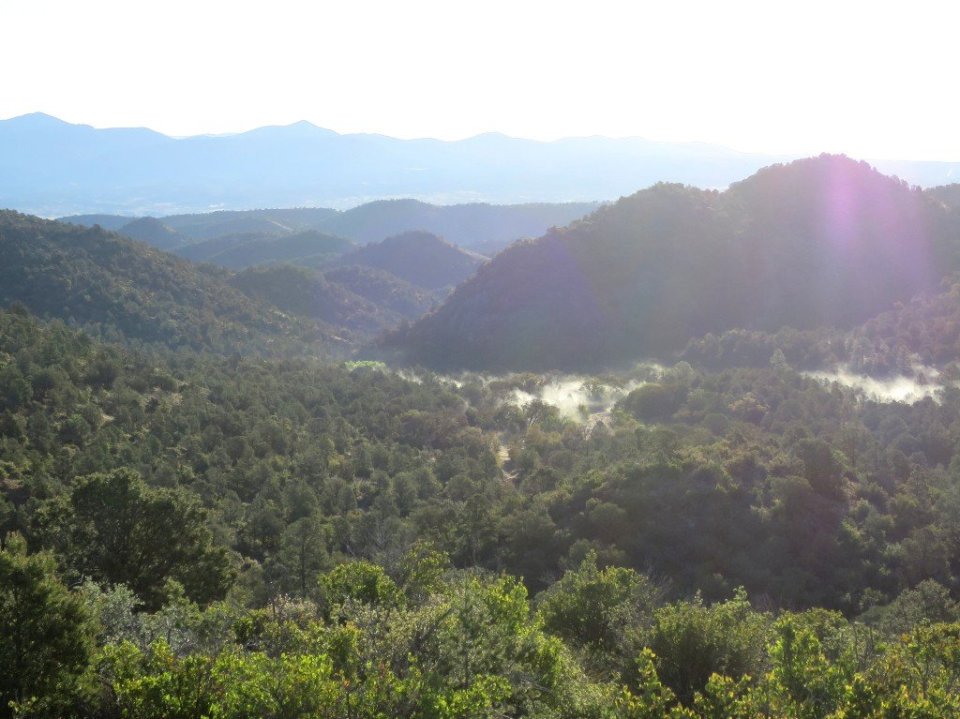 At some stage the trail joined a dirt road before eventually going down to a river bed where we stayed for a many miles. We had seen a sign back at the Burro Mountail Trailhead yesterday that we were in bear county. Even though we’d seen that sign it was still a surprise to come across bear tracks on the dirt road section. They were fresh, as they appeared to have been laid since last nights rain. So pleased it was heading the other way. 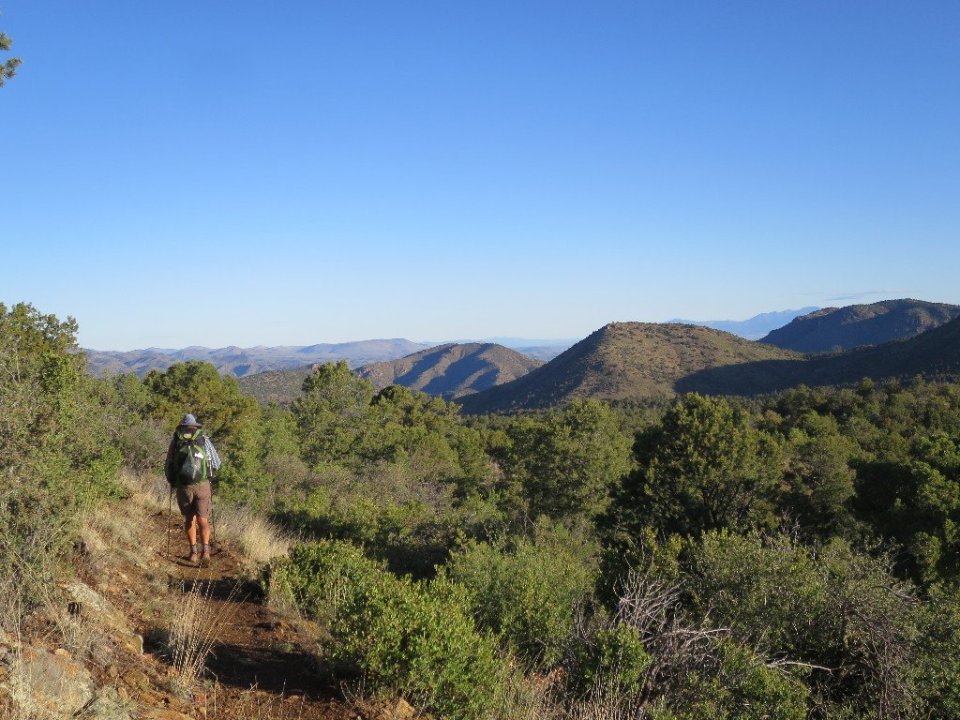 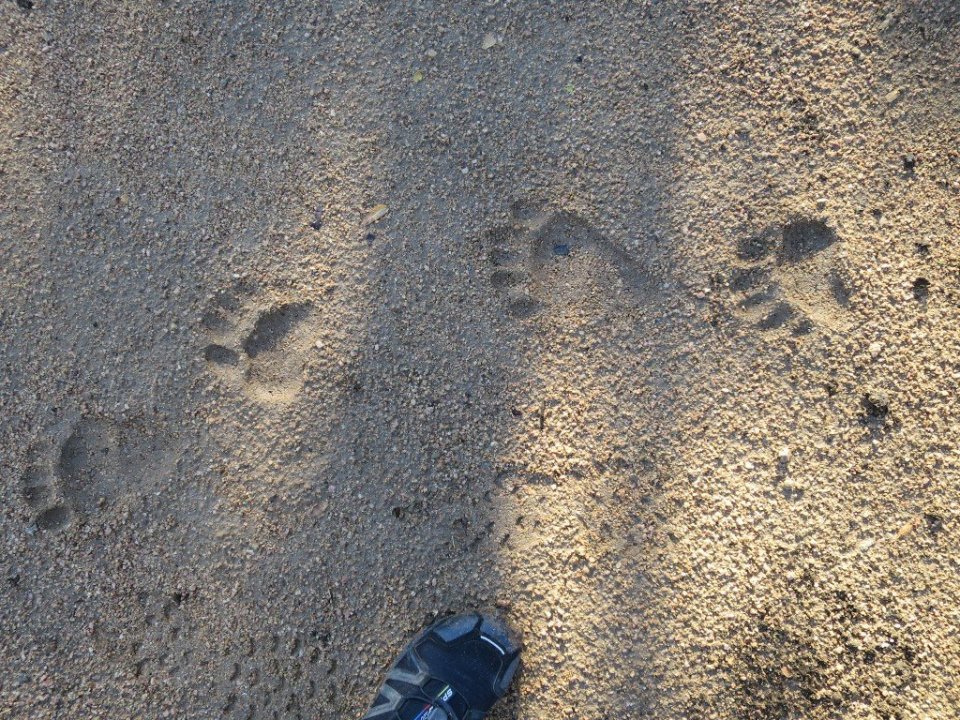 The mornings hiking was absolutely splendid. We were in a river valley which became Miller Canyon then Black Hawk Canyon. The rock walls of the canyon looked like they would be perfect for rock climbing.

We stopped at a cow pond on a ranch inside the canyon to filter water. It was the nicest water source we have seen so far. While Hammer filtered water Lou-Seal found some toys to play with. There were hundreds of spent shotgun cartridges littering the cow yard near the tank. We still find this such a novelty. 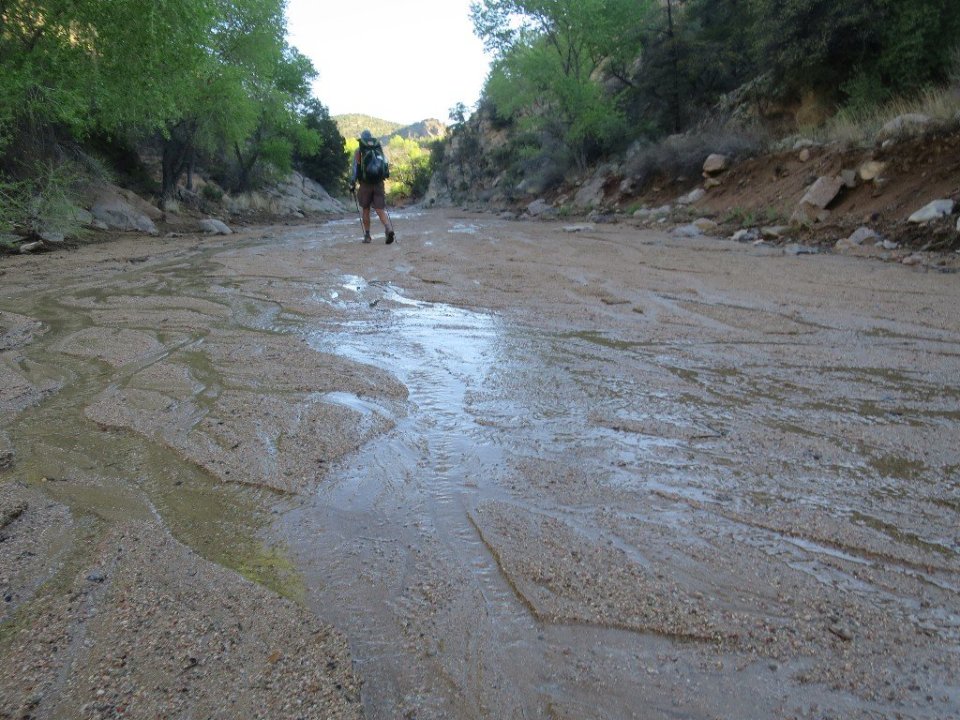 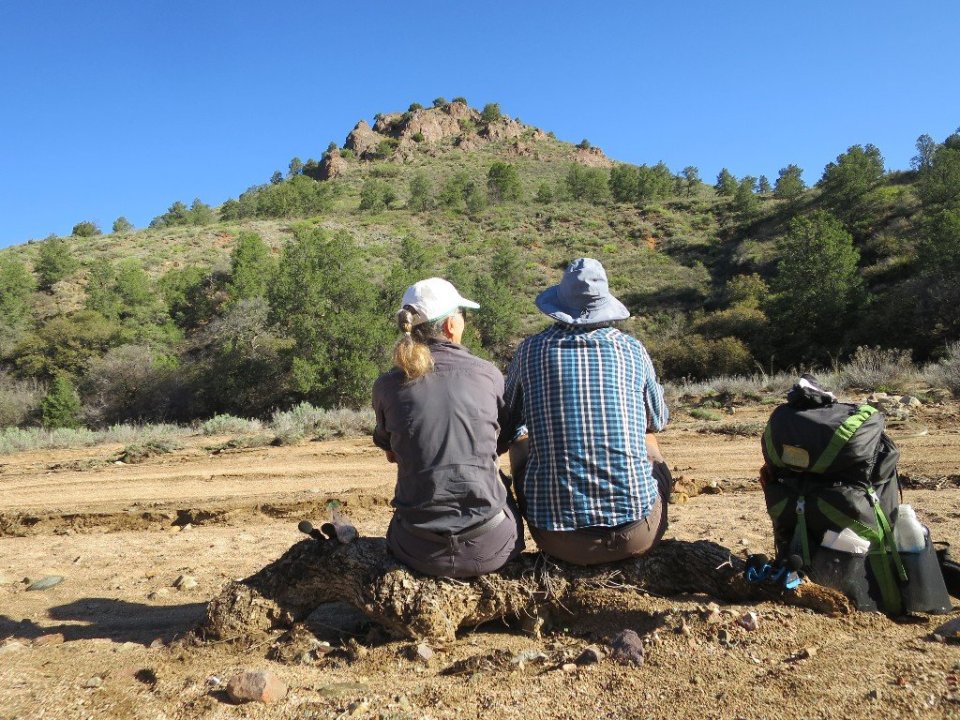 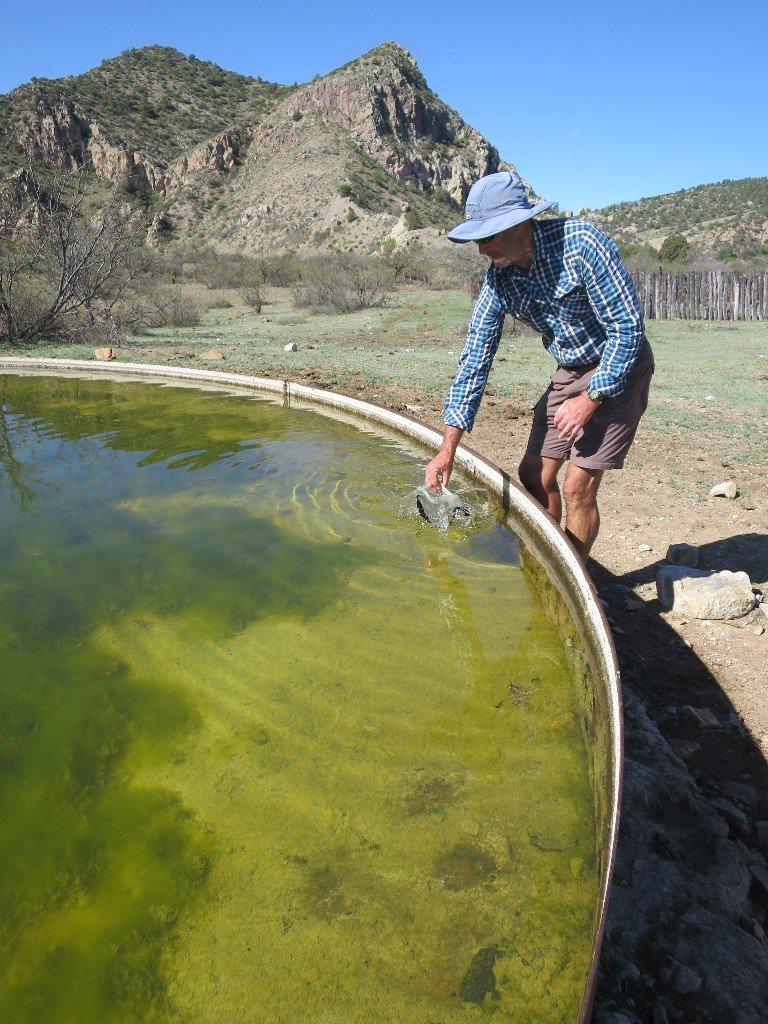 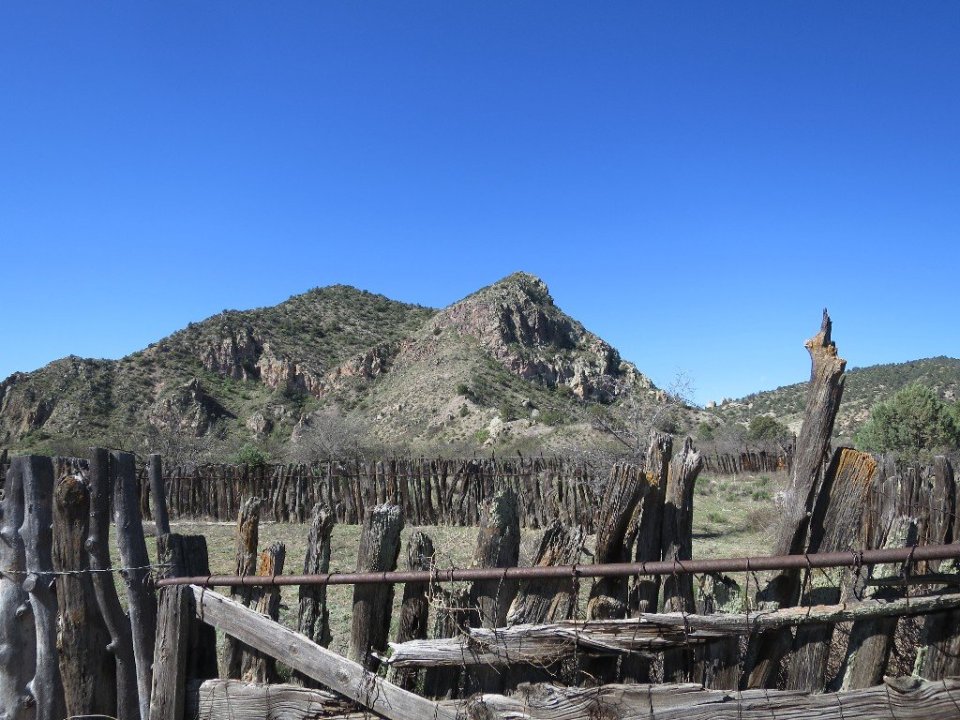 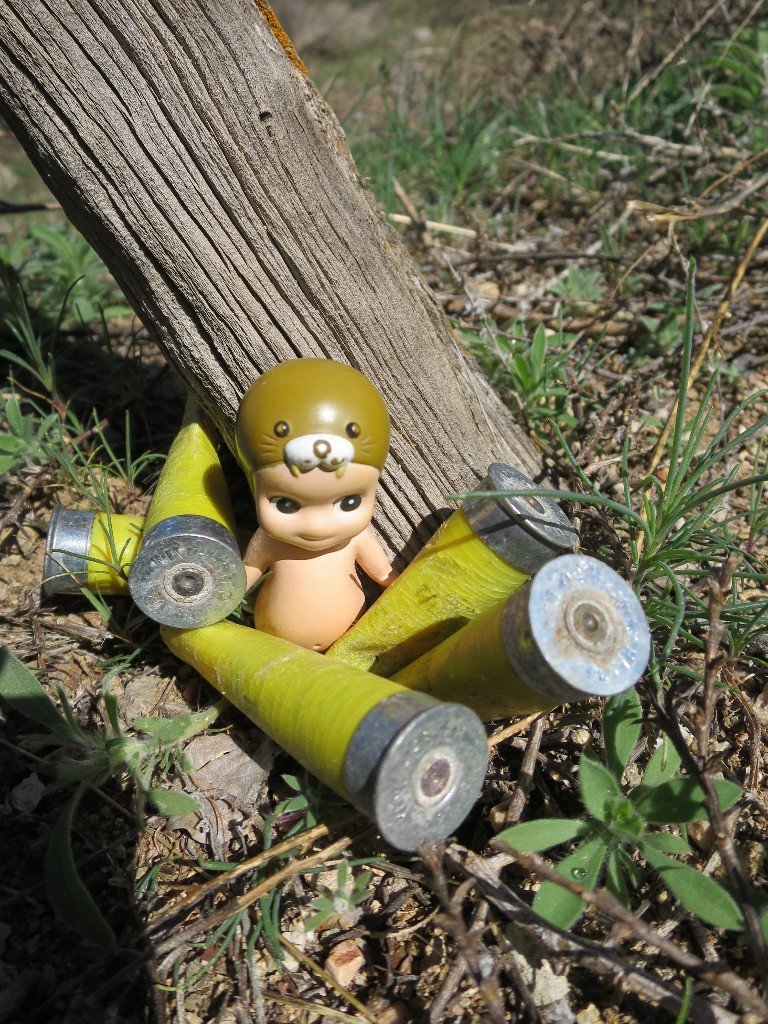 It was hard to leave the beautiful canyon country knowing that the much dreaded roadwalk was not far off.

We reached the highway around 11am. The road was busy and the cars whizzed past. We have not seen another person since leaving Lordsburgh and here we were walking along a busy road. The road had a reasonable shoulder but we still had to pay attention to oncoming cars. To stay focussed on the traffic and to pass the time we played a game of counting cars versus pickups and direction of travel. We counted 100 cars/pickups, 4 trucks, 1 motorbike and 2 cyclists all in 1 hour. About 60% were pickups and travel direction was equally split between east and westbound. Boring, I know, but it kept us entertained. We got a couple of honks from the cars and cheers from the cyclists. Just like in a marathon when you are tiring and the end is still a long way off, we had to play mental games. 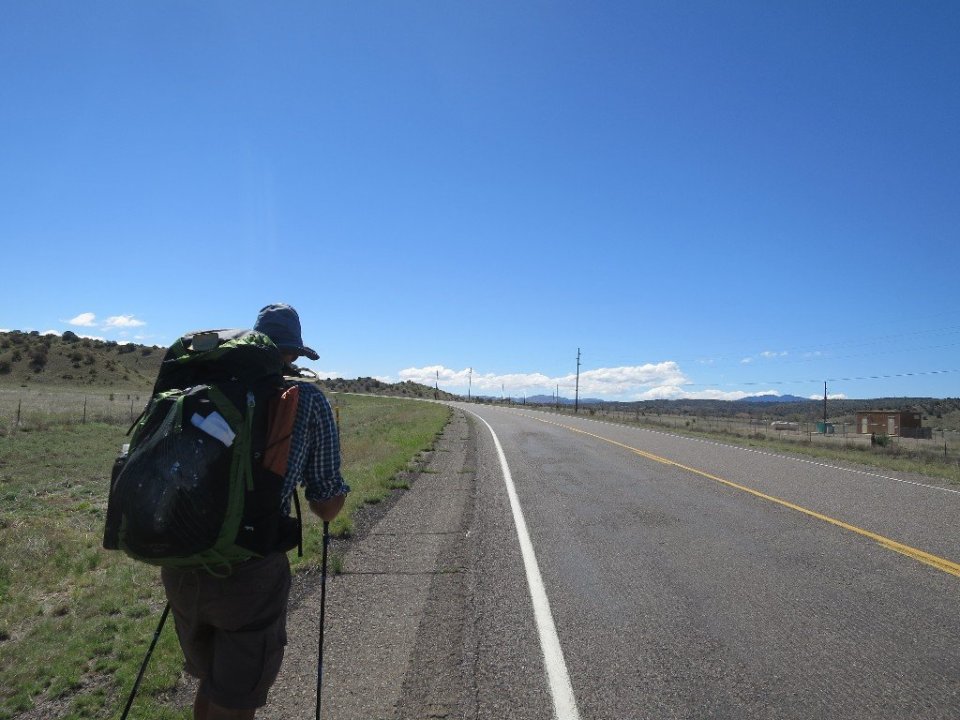 It was hard to continue to stay upbeat when we still had hours to go. I sang songs from the musical Oklahoma in full voice, much to Hammers enjoyment. We surveyed the trash people throw out of cars. Small bottles of Firebrand Whisky was the winner. Are people drinking while driving? I hope not. 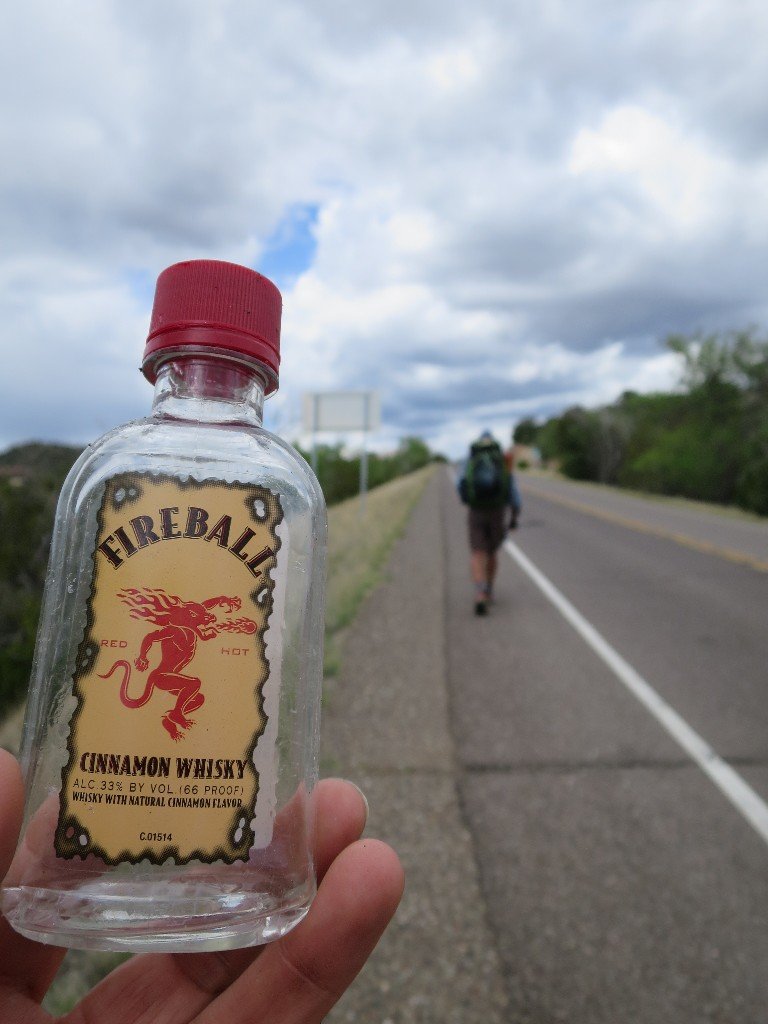 The road walk simply sucked. The only highlight was passing our first roadside Continental Divide sign. Hopefully one of many to come.

We made it to town at 4pm and got a room at the most charming place, the Palace Hotel. Across the road was the Toad Brewery and Distillery where we enjoyed an IPA and dinner with a few hiker we last saw in Lordsburgh. 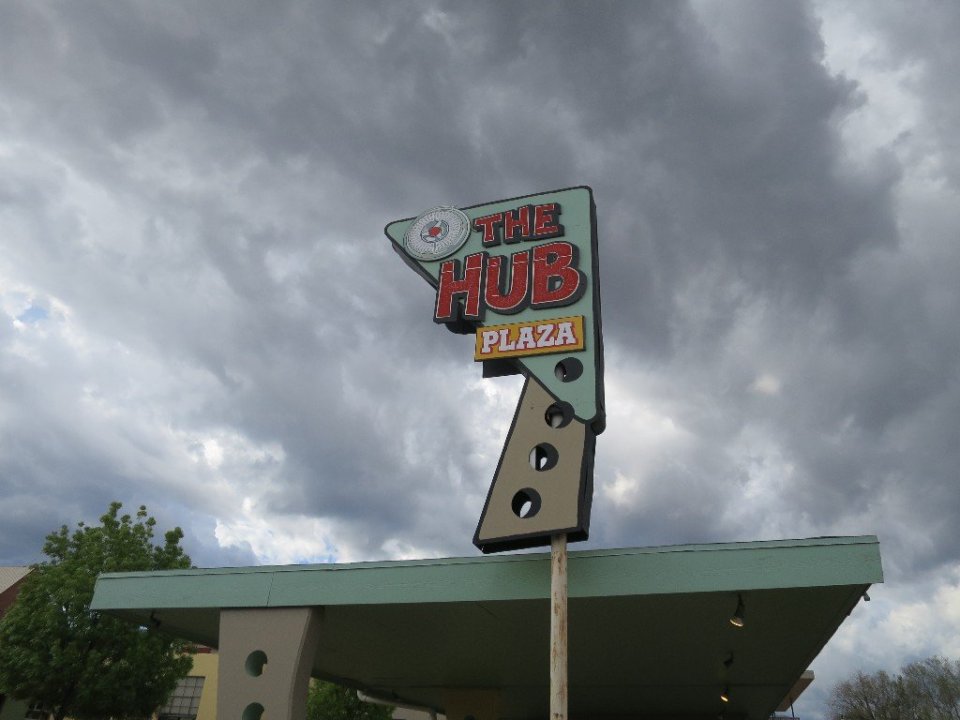 And just before leaving the Brewery we met a few staff from the CDT Coalition who are headquartered in Silver City. How nice to be able to thank them in person for their help in getting permits sorted and their overall dedication to this trail. Over the coming few days is the annual gathering of hikers at the CDT Trail Days which is being held in town. This event normally kicks off the hiking season on the CDT. As much as we like the hotel Hammer and I have decided not to stay for Trail Days and will leave town tomorrow.

2 thoughts on “CANYON WALK PLUS SOME”