It was an inauspicious start to our departure to the US. We were flying with Qantas from Sydney to San Francisco, departing early Thursday evening.

We boarded the aircraft and settled into the smallest seats we’ve ever experienced on a long haul flight. Not looking forward to the next 13 cramped hours. The crew prepared the flight for takeoff, we taxied and then came to a stop. There was some problem with an engine and we had to return to the gate. No big problem we thought, safety first. An hour and a half in a warming cabin stuffed into a tiny seat, we were getting a bit antsy. Problem was eventually fixed, doors closed again only to be further held up. A container had to come off the aircraft to balance whatever caused the engine problem. Over two hours later we took off and I finally we could relax into our 13 hour journey. Desite the cramped conditions we both slept reasonably well, and woke a few hours before our Thursday afternoon arrival into San Francisco.

Immigration lines on arrival were huge. It took us nearly 3 hours to get to the head of the queue and get our passports stamped. The Border Control officer took a while to assess our request for a 6 month visa.

He checked dates of our onward tickets, dates of our last visit to the US and financial means of supporting ourselves while we we were hiking. Having just retired, we assured him that we did not intend to work. Passports stamped for 6 months and out the door to baggage collection. As it was such a long delay to get through border control, all the bags from our flight were offloaded onto the ground adjacent to the carousel. It was a bit chaotic as passengers from other flights milled around the carousel waiting for their bags. My bag was waiting but Hammers could not be located. Luckily there were extremely nice ground staff who helped us. The bag was eventually located and much to our relief we were finally on the BART train to our accommodation in downtown San Francisco. A total of 24 hours after shutting our front door at home we were in our nice hotel room in San Francisco. 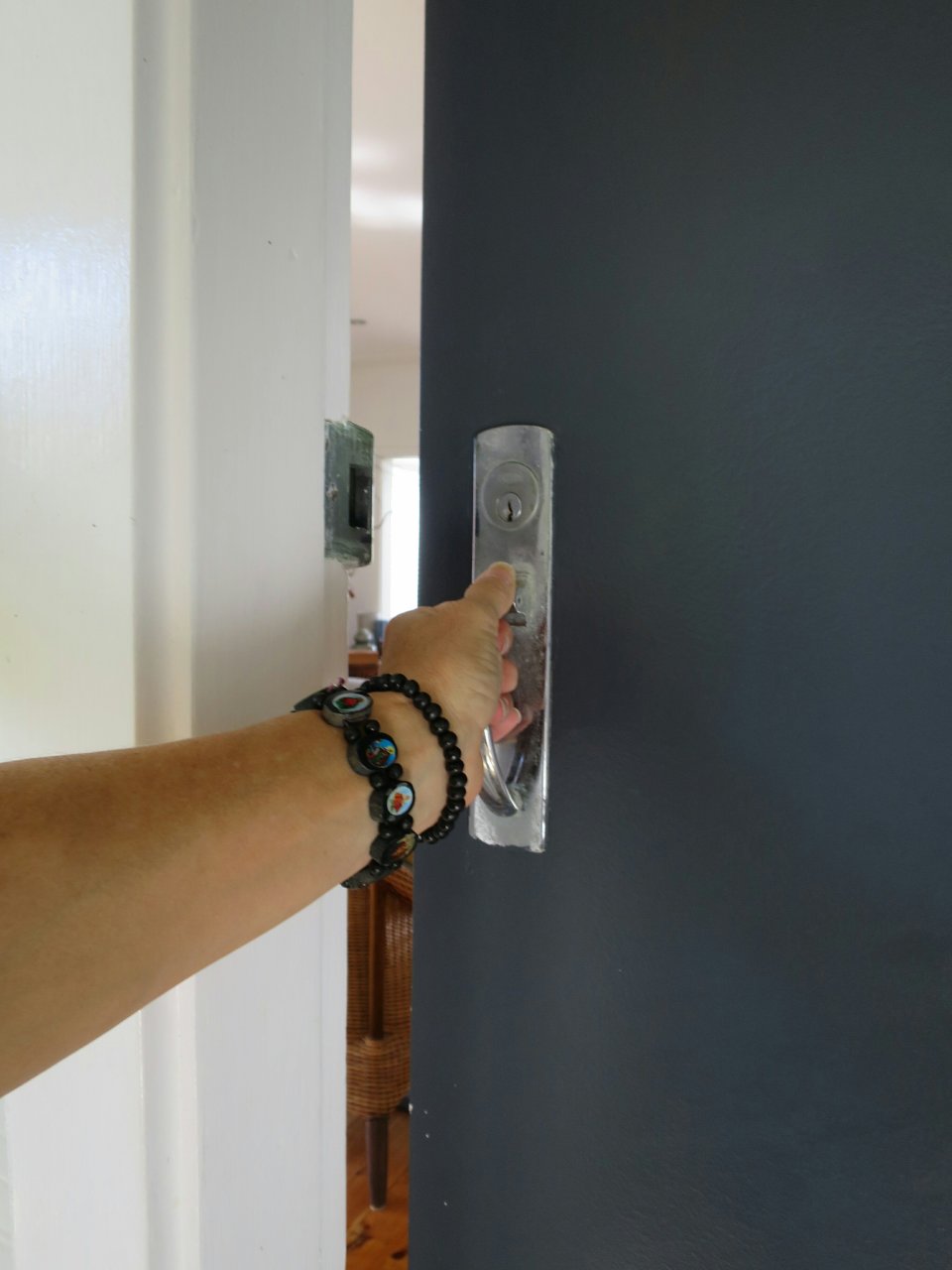 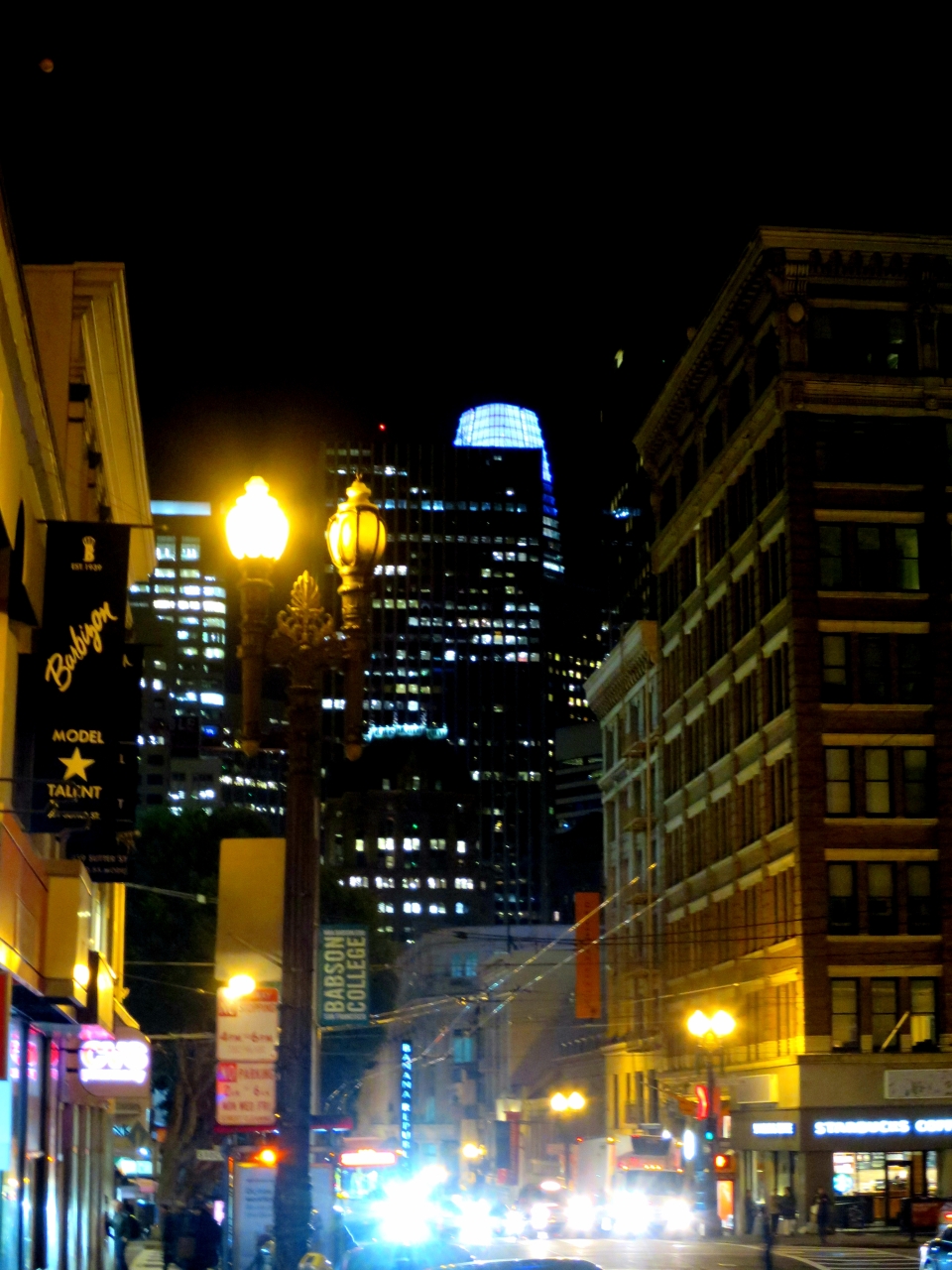 While it was still light outside we walked around what felt like familiar streets. The air was cool and clean. In fact the whole neighbourhood around where we were staying in Sutter Street struck me as being incredibly clean. We walk around the streets for a bit and had dinner at a pizza place. Sleep came easily on the first night.

Friday morning we woke to a thick fog blanketing the city. We went for a walk along the waterfront towards Chrissy Field and towards the Golden Gate bridge. It was a lovely cool morning and the bridge had a slow reveal out of the fog. The ships were all blowing fog horns and the air was still. Within half an hour a slight breeze had sprung up and the fog had all but disappeared.

We took a wander through the Cow Hollow neighbourhood and found a nice place to have lunch. We walked large areas of the city during the day and on our way to dinner. It was striking how much more widespread the homeless population seems to be. It’s a shock on each visit but this time it was truly heartbreaking. It may just be our quite suburban lives that isolates us from similar issues at home.

We had dinner with our friend Will and his girlfriend Tracy. We met Will while hiking the PCT in 2016 and have stayed in touch. It is interesting that out of all the people you meet on trail (as in life) there are some people that you have a connection with and Will is one of these people. He has offered to post packages if required on the trail. We’ve left some snow gear with him to post ahead when/if required.

It was great to meet Tracy and to catch up with Will. They cooked a wonderful meal of salmon, rice, vegetables and a salad. This is the type of home cooked meal we will be dreaming about when eating one pot trail food for months. Will has a 100 mile trail race in July, the Tahoe Rim Trail Endurance Run and we wish him the best. Tracys place had a fabulous view looking over the city towards the harbour. And in our relaxed state we forgot to get a photo of the view from the balcony. After a great night we caught an Uber back to the hotel and were soon tucked up in a warm comfortable bed.

Saturday morning arrived for another sparkling, clean blue sky day. Almost feeling a bit sad about having to leave San Francisco today on such a lovely day. On our way to breakfast we walked past a huge line of shoppers outside an Adidas store as well as a long queue waiting to catch the heritage tram on Powel Street. It seemed a bit early to see so many people already lining up. 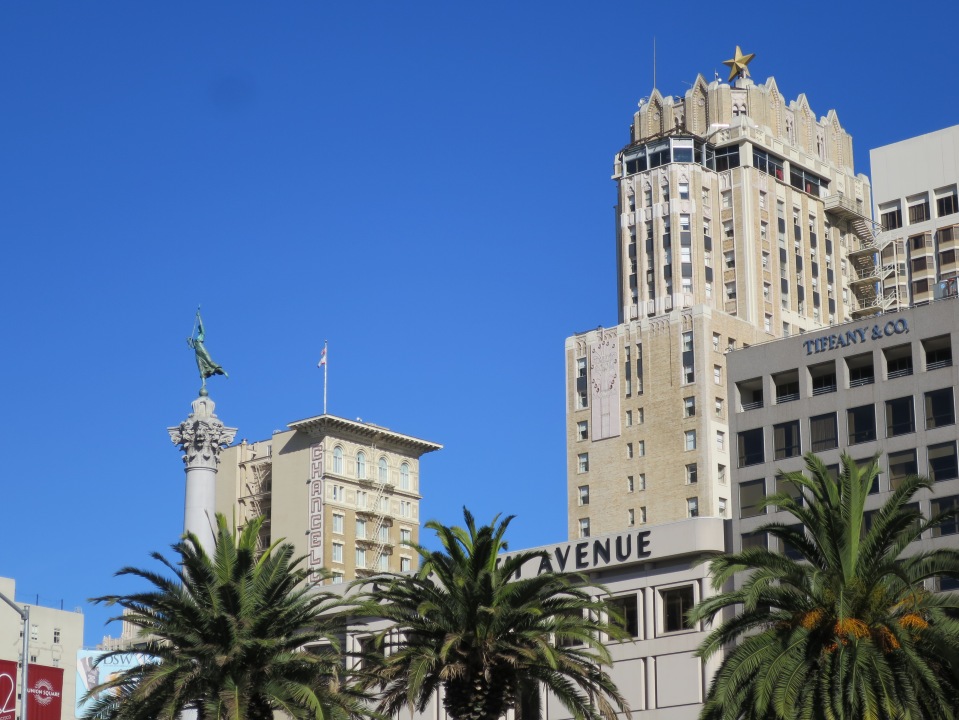 After breakfast and great coffee from Blue Bottle Cafe in Mint Street we were ready for our transit to Oakland Airport to catch a flight to Phoenix. After a relatively short and uneventful flight we landed at Phoenix Mesa airport. This airport is a long way from downtown and the main Phoenix airport, where we were picking up a hire car. We had a long taxi trip with a very interesting taxi driver. He was born and raised in California but chooses to call Morroco home. He was working long hours to get the money together to move to live in Morocco permanently. It took half the trip to convince him that we really intended to walk from Mexico to Canada. He wanted to know why anyone would want to do that. He was concerned about our safety and was insisting that we should get a knife for protection. We parted wishing each other the best. The hire car was sorted out pretty quickly and we were on our way to the hotel.

By the time we got to our accomodation in North Phoenix it was dark, the neighbourhood and some of the hotel guests looked a bit shady. A note on the checkin counter stated that ‘locals must pay for their room in cash’. Classy.