PCT DAY 49: Sunday August 13, 2017
Mile 2569.4 –  Mile 2592.5
23.1 + 2 miles ( 40.2 km)
Yesterdays marshmallow clouds produced a sprinkling of rain overnight. By the morning there was no evidence of rain. A strong wind was whistling through the trees when I woke up. It sure sounded like there has been a  change in the weather.
I packed up as it started to get light and walked the 2  miles over to the bakery. It was cool and overcast, the wind was whipping up waves in the lake. Such a  change from the heat and stillness when I arrived on Friday. The best thing about the wind is that it has pushed the smoke haze out of the valley. 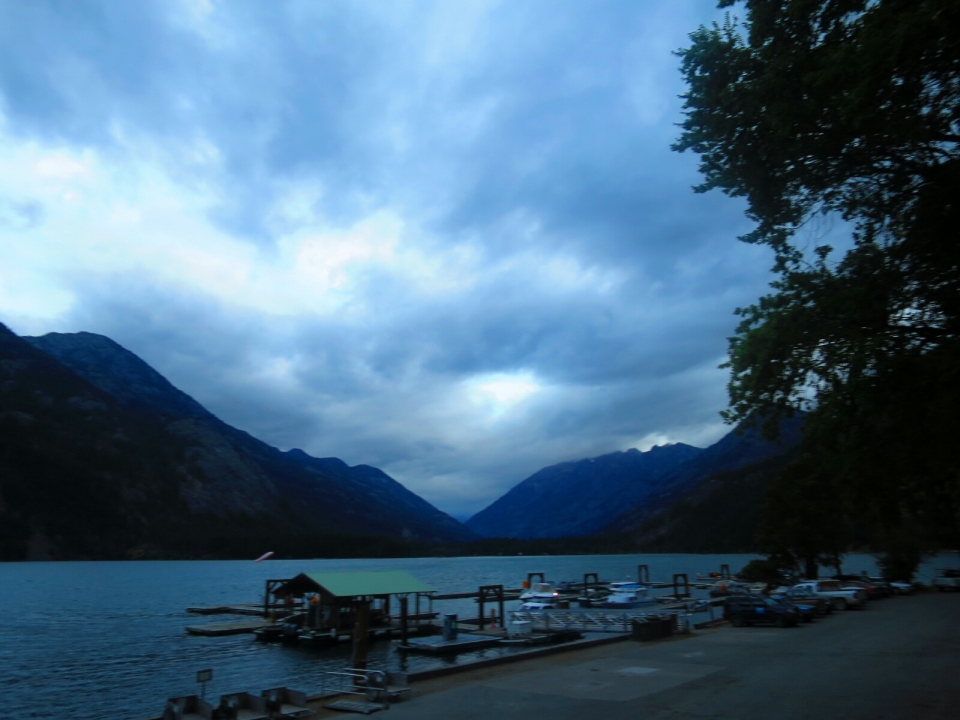 I got to the bakery at 7am and it was already open. I could smell the baking cakes and breads  as I approached. I couldn’t believe how chirpy the staff were considering it was early Sunday morning and I was their first customer. I was just so pleased it was open. I got a slice of artichoke and bacon quiche straight out of the oven, a blueberry scone and a coffee. And I had an hour an a half to enjoy it before the bus to the High Bridge trailhead came through. The quiche was so delicious I didn’t want the slice to end – perfect pastry, the egg filling was thick and moist and the flavor was amazing. I so wish this was my local bakery. And the blueberry scone was as good as the one I had on the first day. I shared a table with a local gentlemen,  Craig who came in same time as I did.  Turns out he and his wife own the bakery. I gave him my compliments to pass on to his wife who was busy in the kitchen. I would easily rate the Stehikin Bakery as the best food stop on the PCT.
While I was having a coffee Blaze came in to have breakfast. It was nice to say goodby to him and wished him well for the rest of his hike here and back in the Sierras.

The bus arrived and let off at least 20 people for breakfast.  It was nice to see amongst them  the lady I passed on trail a few days ago climbing up the endless switchbacks from Milk Creek in the late afternoon heat. She was so nice, we hugged – so happy to hear that  she made the campspot that day before it got dark.

I was at the trailhead at High Bridge just before 9am. And as luck would have it, I met up with Donkey again and we could finish the half conversation which we started at Pumice Creek a few days ago.

I was on trail just after 9am.  It was such a pleasant hiking temperature – perfect. The sky was clearing in patches and as I hiked through the forest the wind seemed to ease a bit. The trail followed a creek up out of the valley staying in forest pretty much the whole day. Occasional break in the trees offered views of the clear blue green waters of the creek below.  The trailside was lined with fully ripe berry bushes – huckleberries,  blueberries and raspberries. 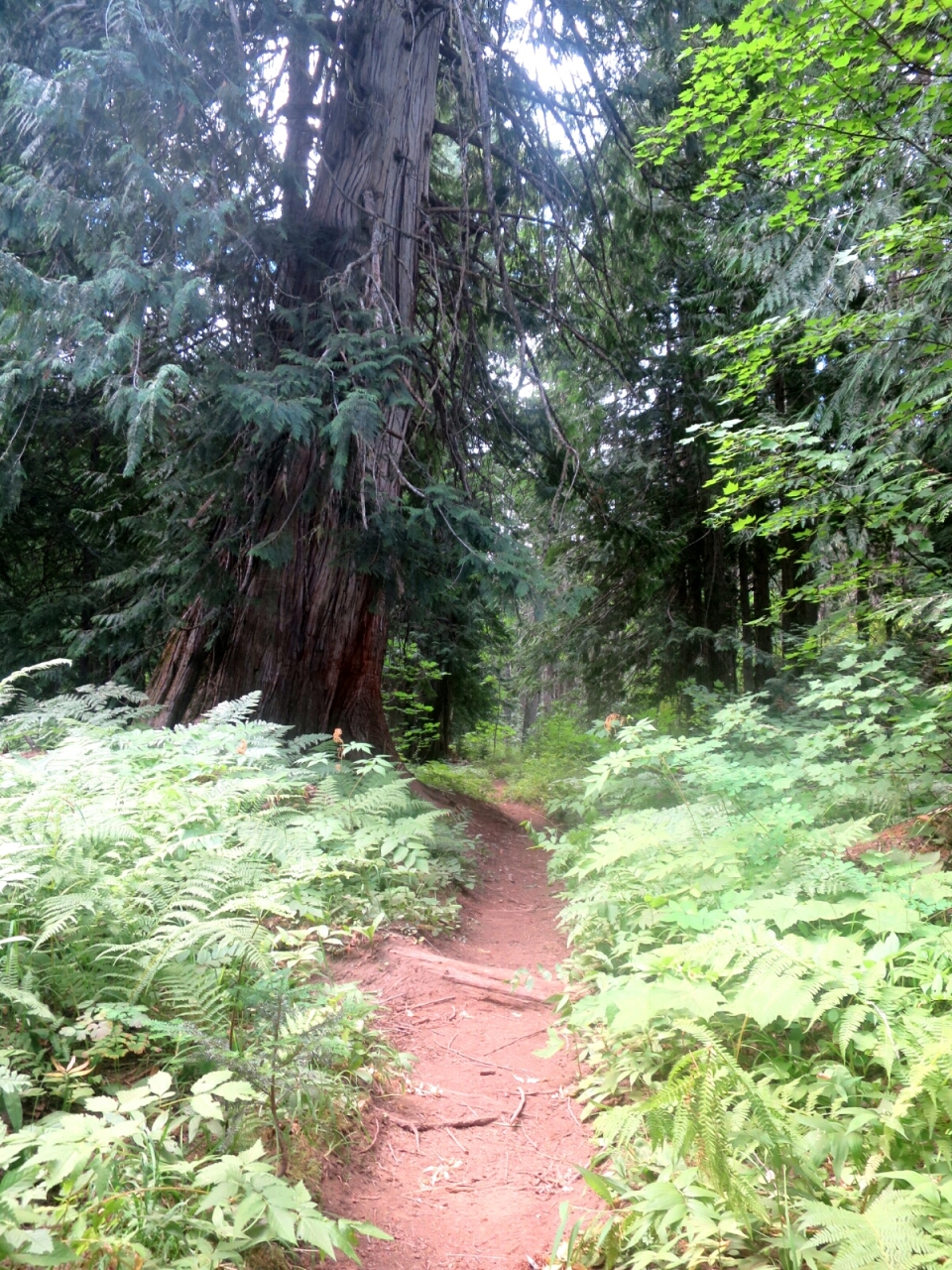 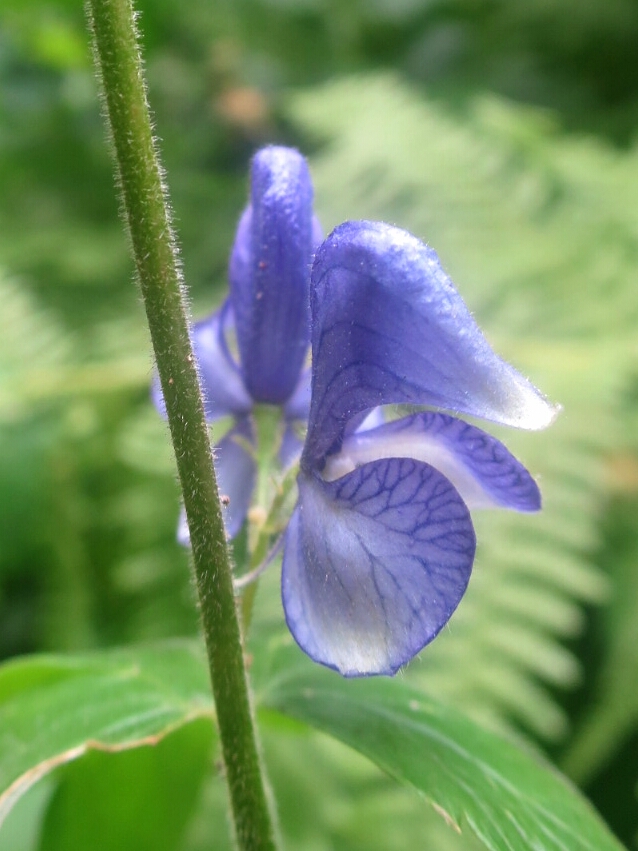 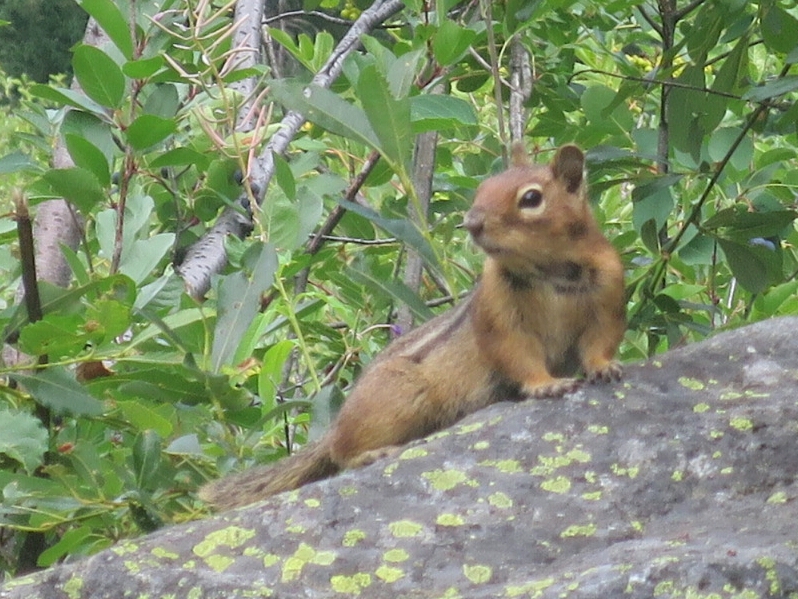 I planned to hike out of the North Cascades National Park and see how far I got late in the afternoon. The approach to Highway 20 at Rainy Pass seemed to take forever.  I thought I would never get to the road. Eventually I did get to the highway crossing –  just before 4pm.  Climbing out of Rainy Pass I had a spectecular view of Lyle Glacier to the south. By now the pleasantly cool hiking temperature was becoming a little bit cold. I got to my campsite anout a mile and a half from Cutthroat Pass and got the tent up pretty quick. The wind was picking up and it was cold. I’m rushing to finish writing this post as I’ve lost feeling in my fingers. It is freezing cold. 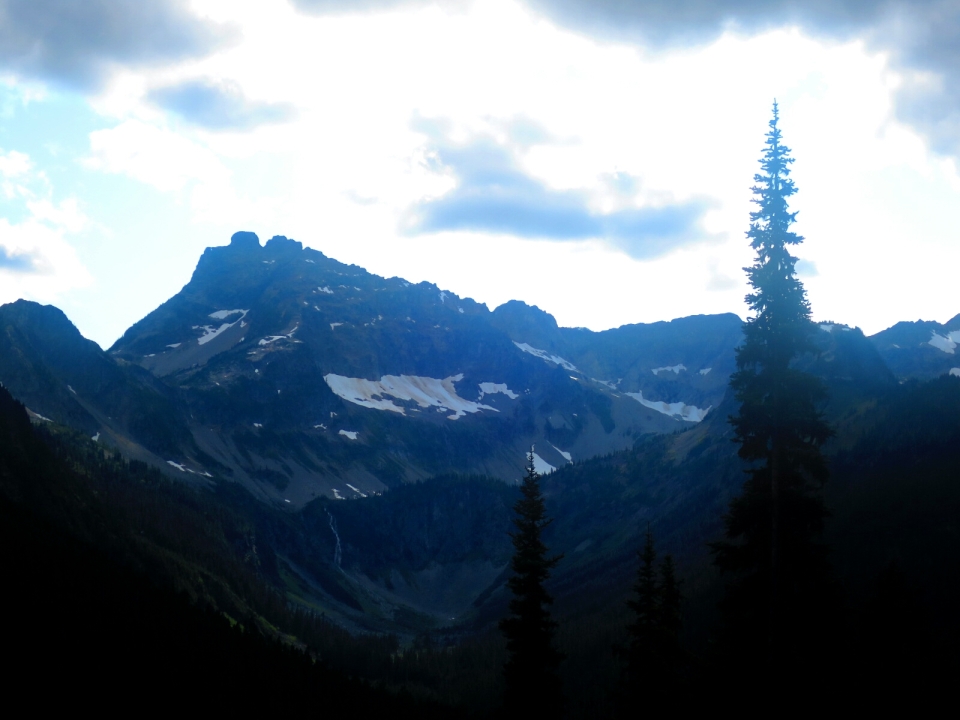 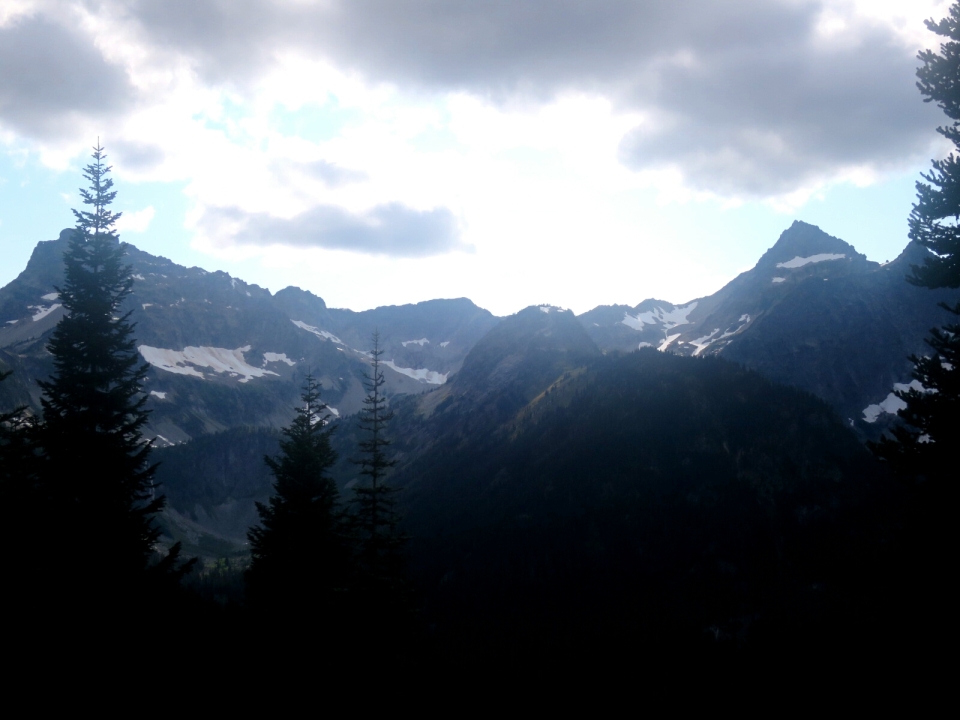