As I neared the top of the Rock Creek valley, sunrise was somewhere high above me going about its business of burning off the fog in which the forest was enveloped. It was almost two hours after breaking camp that I glimpsed the first rays of sunshine  and had brief glimpses though the forest of the steam room I just walked through. A heavy fog clung to the valley. It was still and silent except for  the sound of an occasional plane making its way in/out of Seattle, I guess.

About a mile before reaching the meadow through which Wind River passes, I met Gus who was out walking his dogs. We stopped to chat for a short while. He thought I sounded like a Limey. I laughed, I thought he may have been a sailor because only a sailor would call an English person a Limey.  I asked him if this terribly humid weather is normal for this area. He said yes, when you get onshore winds – which we had last night. The fog rolls in and brings humidity. So that was a surprise I always thought of the Pacific Northwest as cold and rainy. 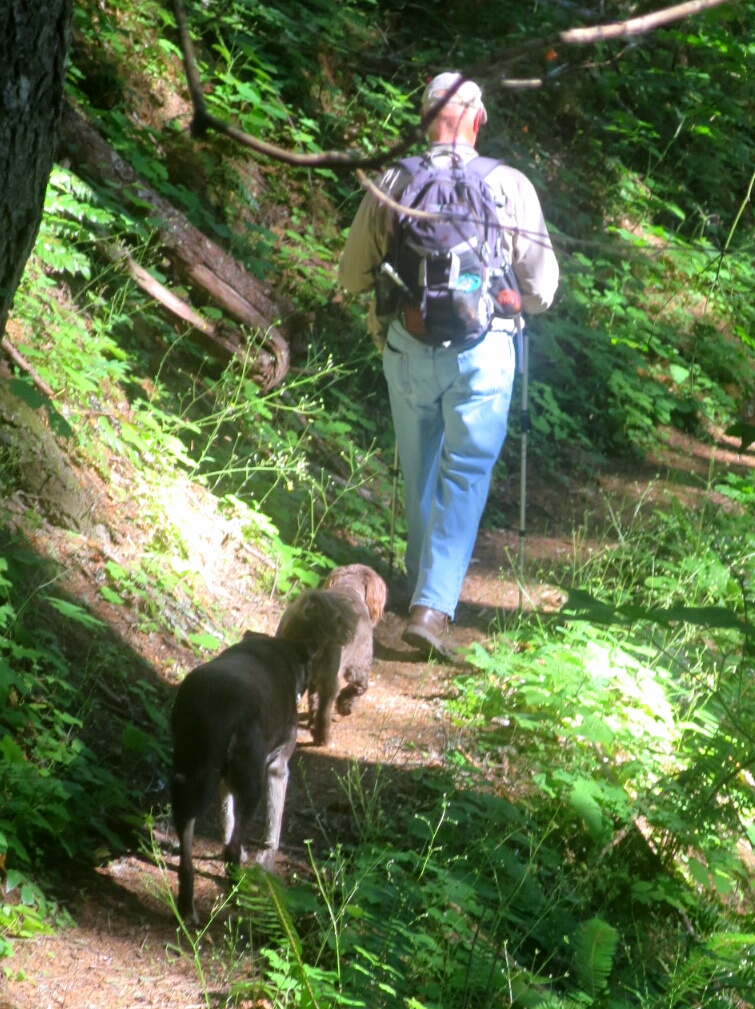 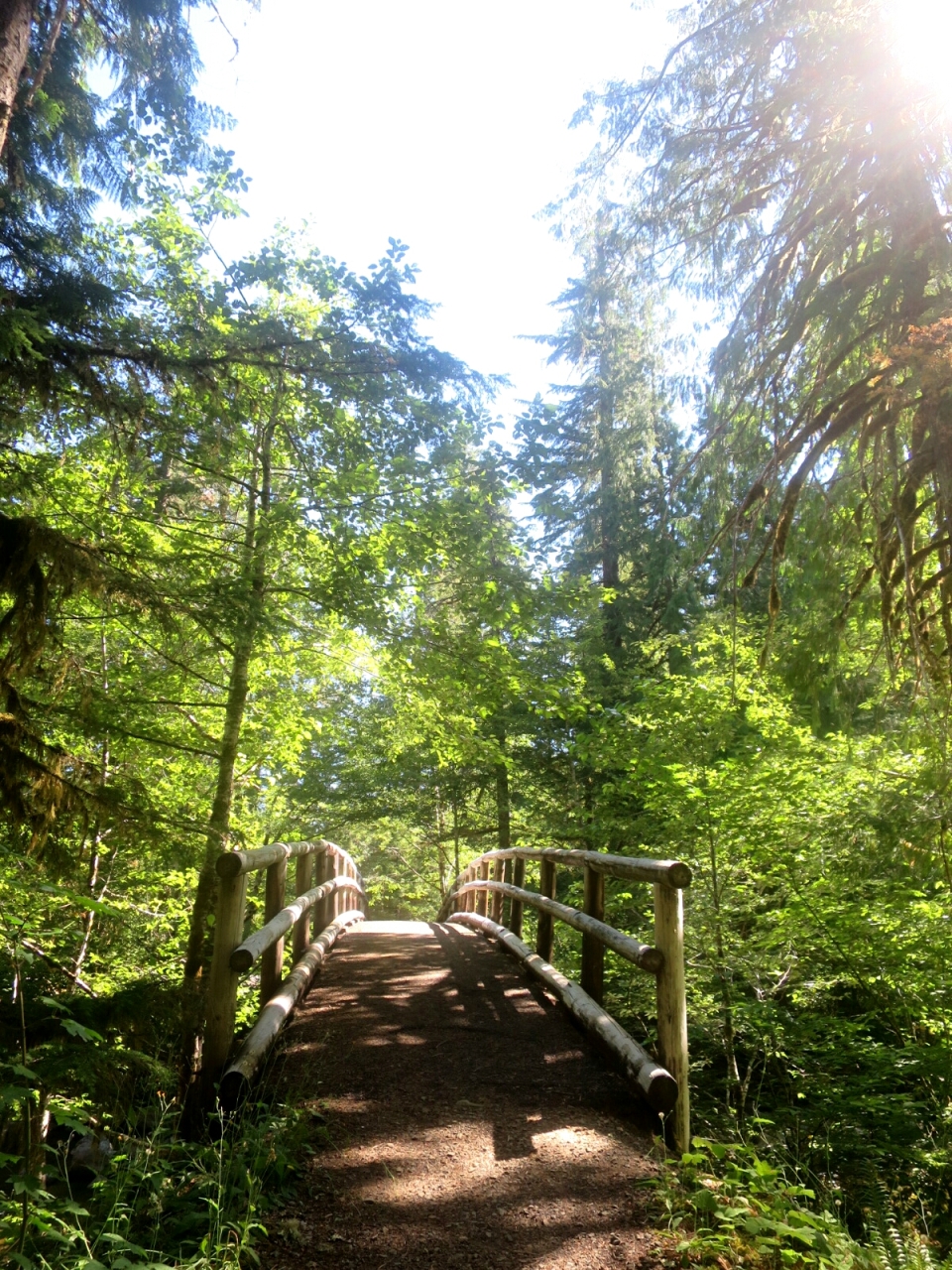 The morning was simply hard work with no views or wildflowers to distract me from the discomfort.

I stopped for lunch at Wind River and took a long break hoping to restore some enthusiasm. The shade and the cool of the water were wonderful.  Eventually I moved on soon crossing Panther Creek. This was the last water source for 10 miles of uphill hiking with an elevation gain of over 3,000 feet. My spirit sank knowing that I’ll have to load up with water and hike uphill for hours in these hot and humid conditions. 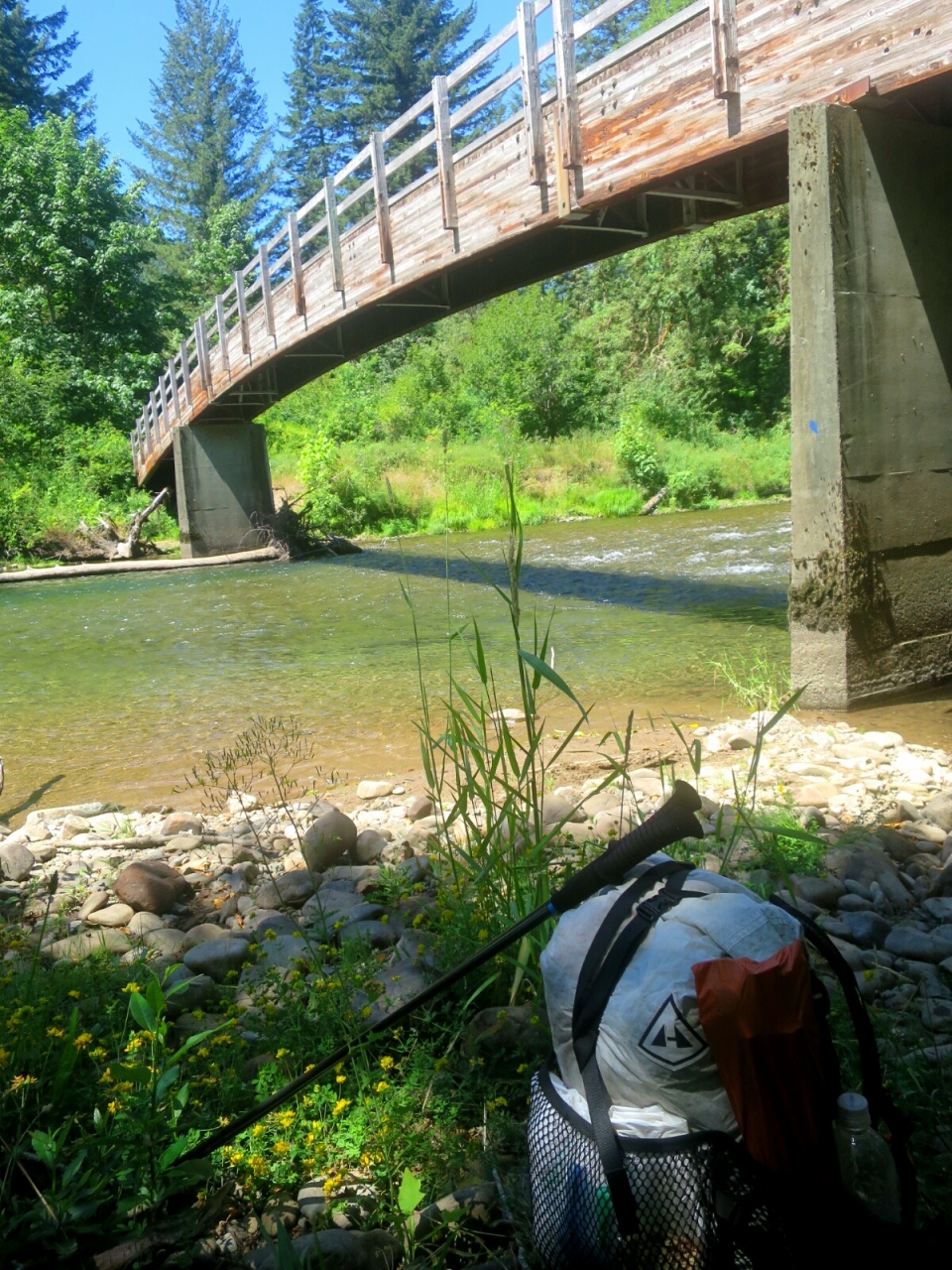 It was a very uncomfortable afternoon. As I started up the numerous switchbacks my leg muscles were burning,  sweat was dripping from every pore. I felt like I was cooking from the inside. Slowly I plodded along, seeking comfort  in the belief that at least it may not be so humid as I rise up in elevation. Halfway up the climb relief came, a cooling breeze sprung up. I was so happy I could have cried.  I was really struggling. I knew I wouldn’t make it to the next water source today  so I aimed to get as close to the top of the climb as I could before I ran out of water.  Many stops were needed just to restore my spirit. And just before I called it a day a view of the horizon appeared through the forest. It offered a clear view of  Mt Hood to the south.  I can’t believe I was there only last Wednesday. It seems so far away.

Ever so relieved to eventually get to a campsite. In less then 15 minutes the tent was up. I got inside to find that last night some critter had chewed a hole in my new tent. I wanted to scream some expletives like my motel neighbours two nights ago. But I had no energy to get angry,  I was too tired, this was too much disappointment in one day.
I do remember when we were planning last years hike this was mentioned as a Washington problem. Hammer had no problems last year.  I was being very carefull about storing food and anything else that may be attractive to wildlife.

It has been a tough day. In hindsight 2 litres of water was not enough for the climb up from Panther Creek. Not under todays conditions.

But all was almost redeemed by the fabulous campsite. It is an open site with views of the horizon and Mt Hood which I can see from the tent. Right now I’m way to tired to appreciate it. Tomorrow I will wait for the sunrise to illuminate the mountain and I’ll be rested. 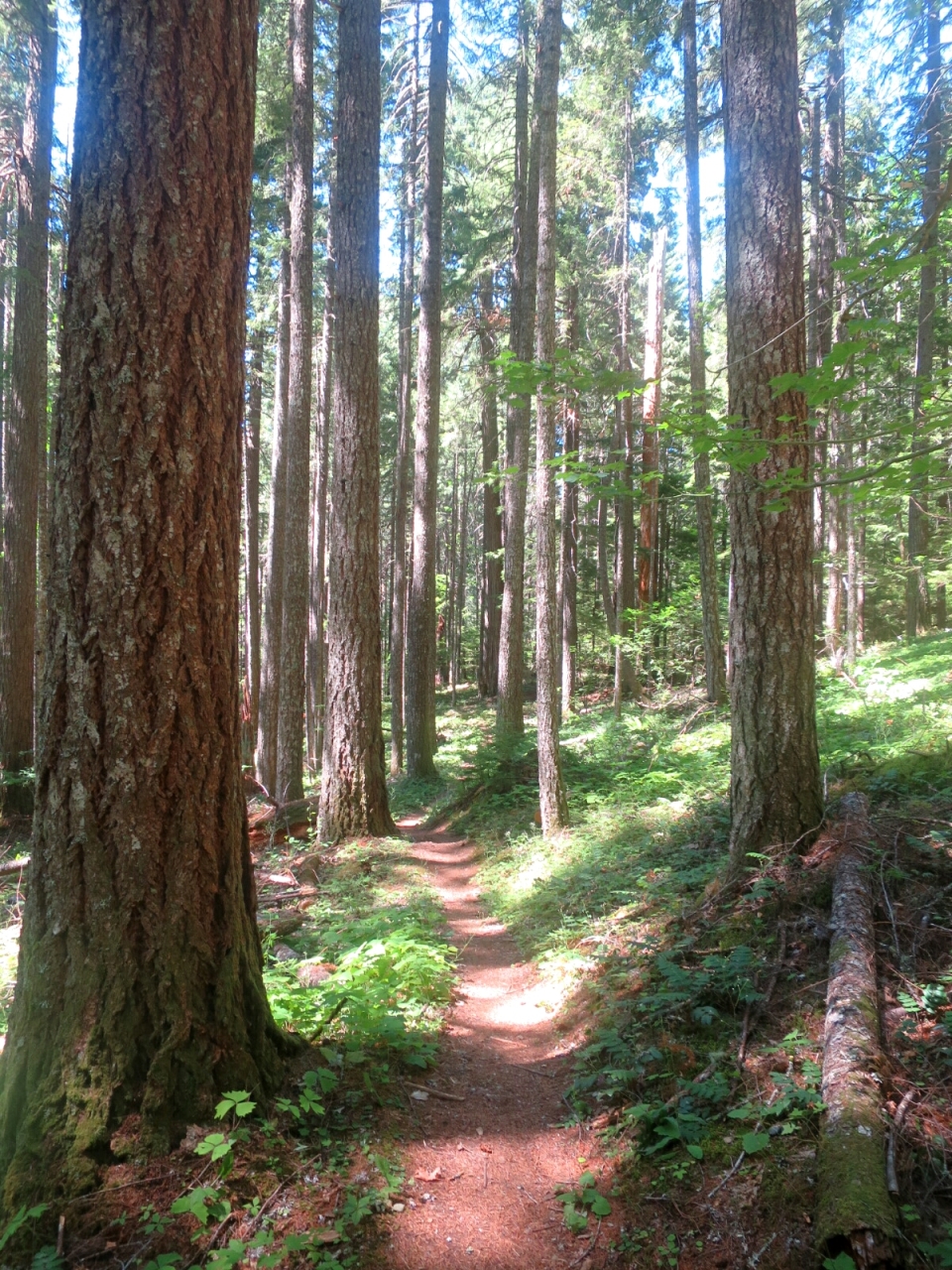 ← SOUND OF SERENITY
MOSQUITOS AND BLOWDOWNS →

4 thoughts on “HOT AND SWEATY”