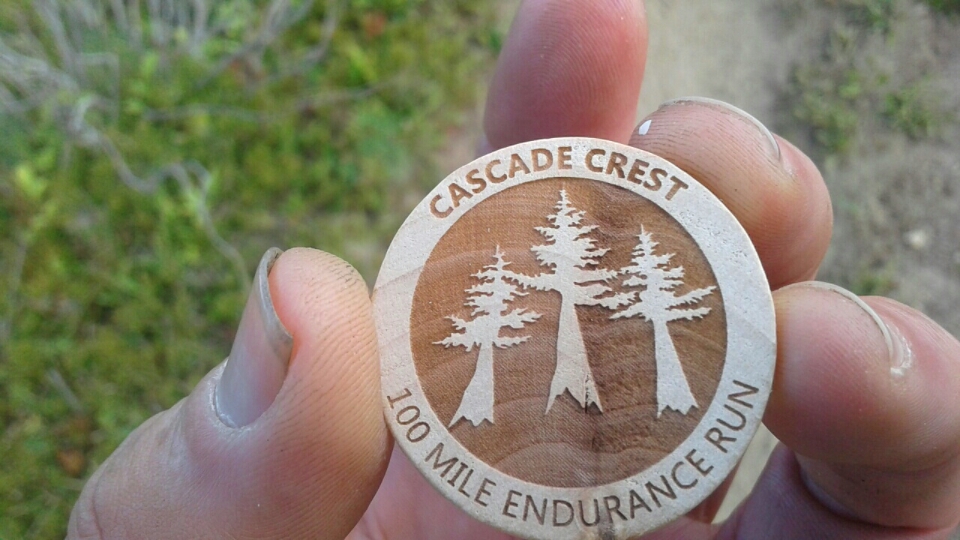 I awoke to the sound of wind up in the trees and decided that the down jacket was a good idea to start the morning hike. I also had a new pair of clean socks, thanks to “Shirtless” and his crew of Trail Angels back at horse camp near Trout Lake. The simple pleasures can make your day out here.
There were an amazing number of huckleberry bushes and some loaded down with berries. I ate quite a few and soon learnt that if they are not quite ripe them they have a tart taste. In some areas there were lots of bushes with few huckleberries to be seen and further along the trail a big bear scat with lots of huckleberry skins. It made me wonder if the bears use their paws or their mouth to get the huckleberries off the bush. Also how many they might eat in a sitting?

I was about 4 miles into this morning’s hike when I came across a sign indicating that the Cascade Crest 100 miler was joining the PCT. I was quite excited by the prospect as I love trail running and supporting trail runners. A little further down the trail was a sign saying viewpoint 400ft, not officially part of the course but oh so worth it and so it was, with 360 degree views and with Mount Rainer very boldly dominating to the west. There was also a wooden coin the runners could collect as a momento, which I photographed. 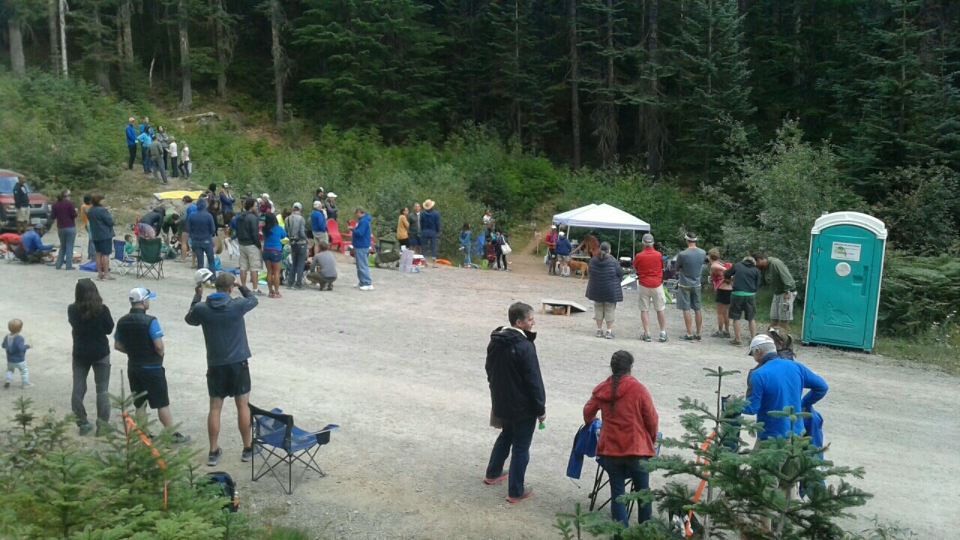 Shortly afterwards I came across a PCTA trail crew of 9 doing significant work on the trail and they filled me in a little more on the trail race. I thanked them for the awesome work that they do and as I was leaving one of the ladies said grab a bag out of the pack on the side of the trail. It contained 2 large home baked chocolate chip cookies which were absolutely delicious. I really felt I should be giving them some trail magic rather than the other way around, as the work they do on the trail is absolute magic.

About 4 miles further down the trail, I came to the first runners aid station and got a rousing cheer as no runner had come in yet. The organiser also said help yourself to what ever you would like at any of the aid stations along the trail. He said I would likely come across 3 aid stations or possibly 4 depending on how far I walked today. The aid stations were like having trail magic 3 times in one day, it was awesome.
I made my way out of the first aid station to further cheering and found a spot further up the trail to cook lunch. About 1.30 the first runner came through, followed by a five minute gap, when 5 runners came through close together. I packed up and got back on trail and had one eye out looking back to ensure I got out of the runners way but mostly I saw empty trail. The first female came through and then no one for over 20 minutes. Then they came in dribs and drabs and I tried to encourage each runner.

By the second checkpoint/aid station more runners started coming through. They also had great donuts, chopped fruit, biscuits and lollies. I also met an Australian runner who I have not meet before but we do have friends in common. 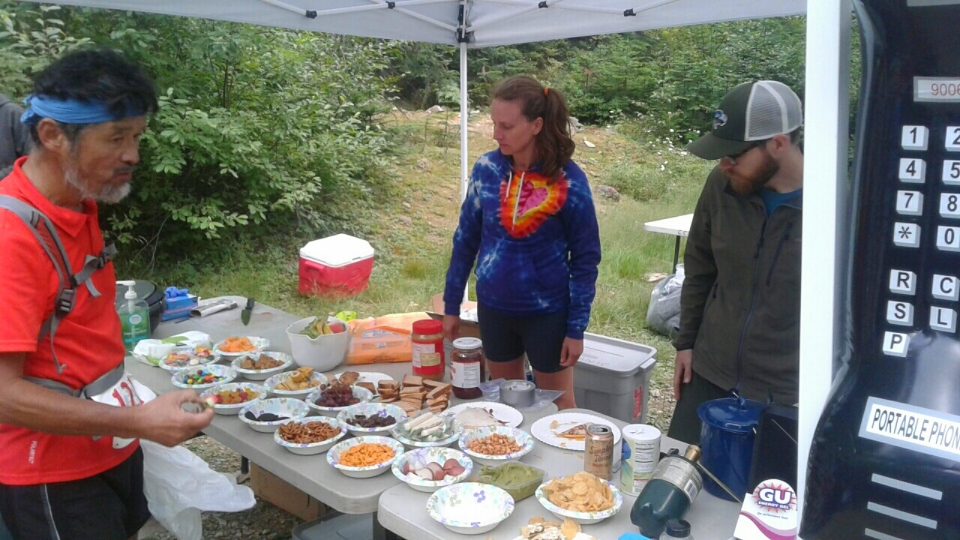 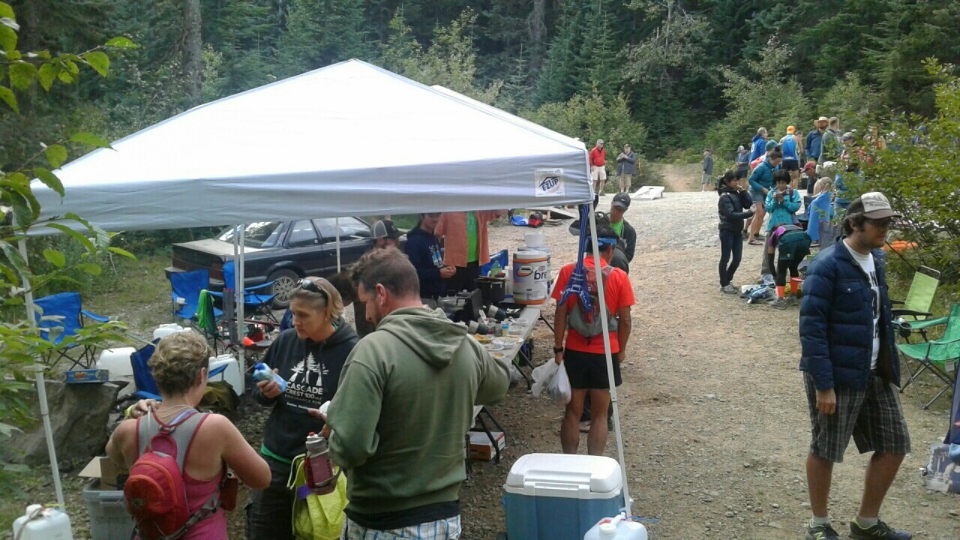 It was then a further 5 miles to the next aid station and again a rousing reception and again spoilt with food. They also had music and people dressed to a 60’s theme. It was great, I could have stayed and eaten more but there was miles to make.

I set off and hiked till about 8.30pm which in the forest is quite dark. I have set up next to a creek and there has been a steady stream of runners heading past with head torches on but I think the sweepers have just been through and so that will be the last of the runners as they had to make it to the last check point by 9.30pm. Some of them are in for a long night.

It is 13 miles to Snoqualamie and so I should be there for lunch and in time to do some laundry.

← HORSES AND MOUNT RAINIER
ITS ALL ABOUT THE HUCKLEBERRIES TODAY →