We were awake long before the birds this morning. We could hear an owl hooting in the still darkess of the pre-dawn hour.  It was nice just to lie in the tent and listen  to the sounds of the morning as it evolved.  We were camped with a few other hikers in a big grassy area under some trees. And by the time dawn broke a few had already left.  Gosh, they must have packed up so quietly as we did not hear a sound.  Despite our early awakening we did not leave camp till just before 7am. It was an overcast morning but fortunately no rain was predicted. We left with Jim and set off towards Aqua Dulce and Hiker Heaven, 10 miles away.  It was spooky crossing the tunnel under the Freeway 14. It was so deep under the road and long. It was really was a stormwater channel.

The sun is trying. 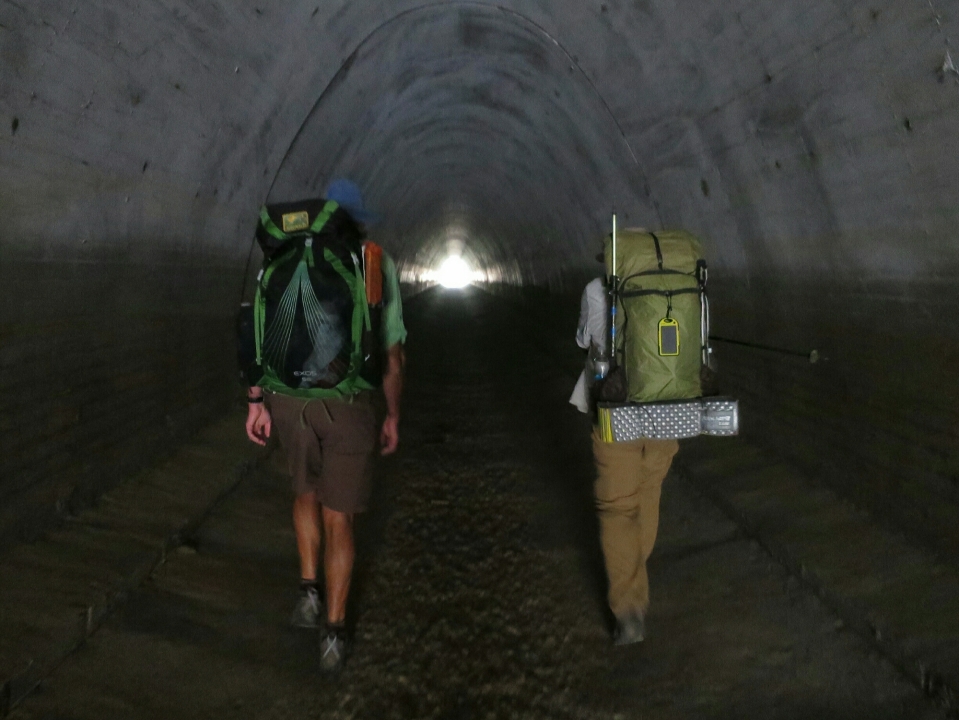 Freeway 14 underpass, at least 60 feet under the Freeway.

Soon after crossing the road we reached the the most interesting rock formation “Vasquez Rocks”.  It was a surprise as nothing on the other side of the road prepared us for what was to come. Huge slabs of old river beds have been picked up and tilted without disturbing the distinct strata of deposited sediments. Lots of caves which we later learnt used to provide shelter to  hermits in the 1920s. A couple out walking their dogs took us to see a historical rock painting of Indian faces. Such a rich history, geologically and culturally which we look forward to reading about once we are off the trail. The rock formations also feature in many films such as the Flintstones and Star Trek movies and a number of Westerns.  It was also interesting to see that many plants were labelled as we wound our way through the rock formation. 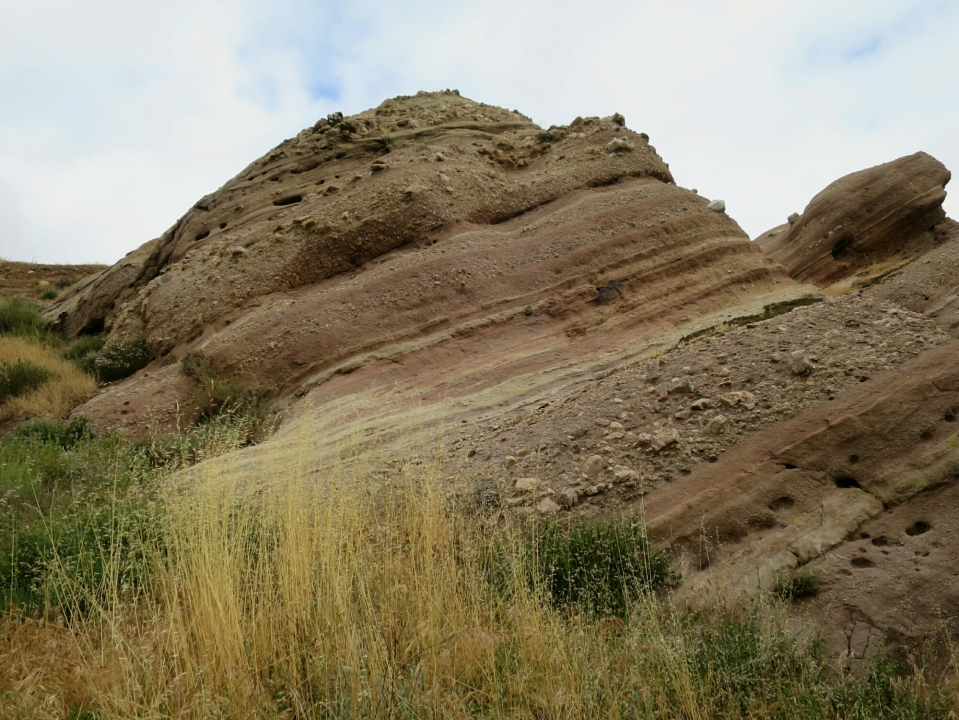 Beautiful stamens on this plant which I know is related to Sage. 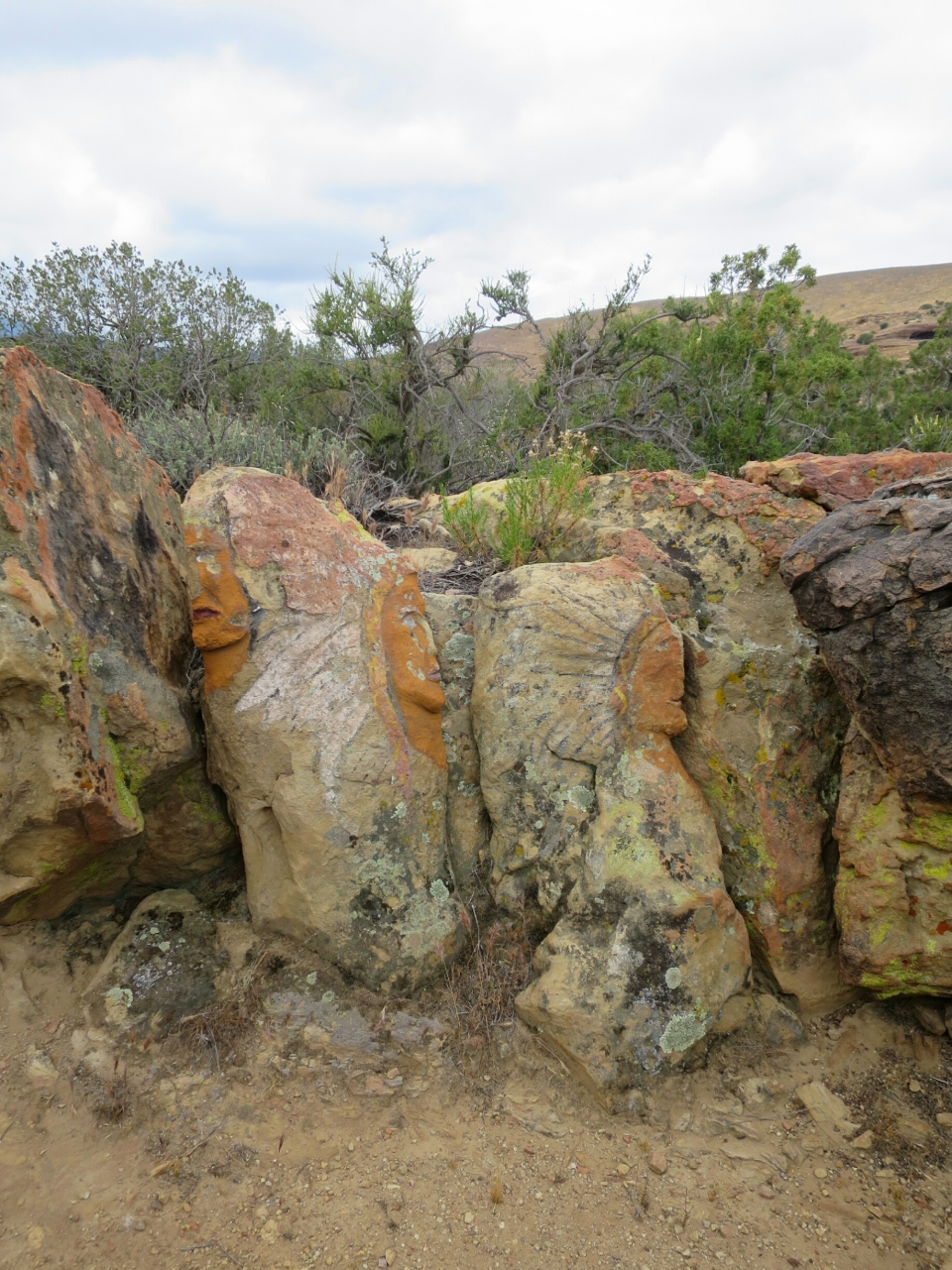 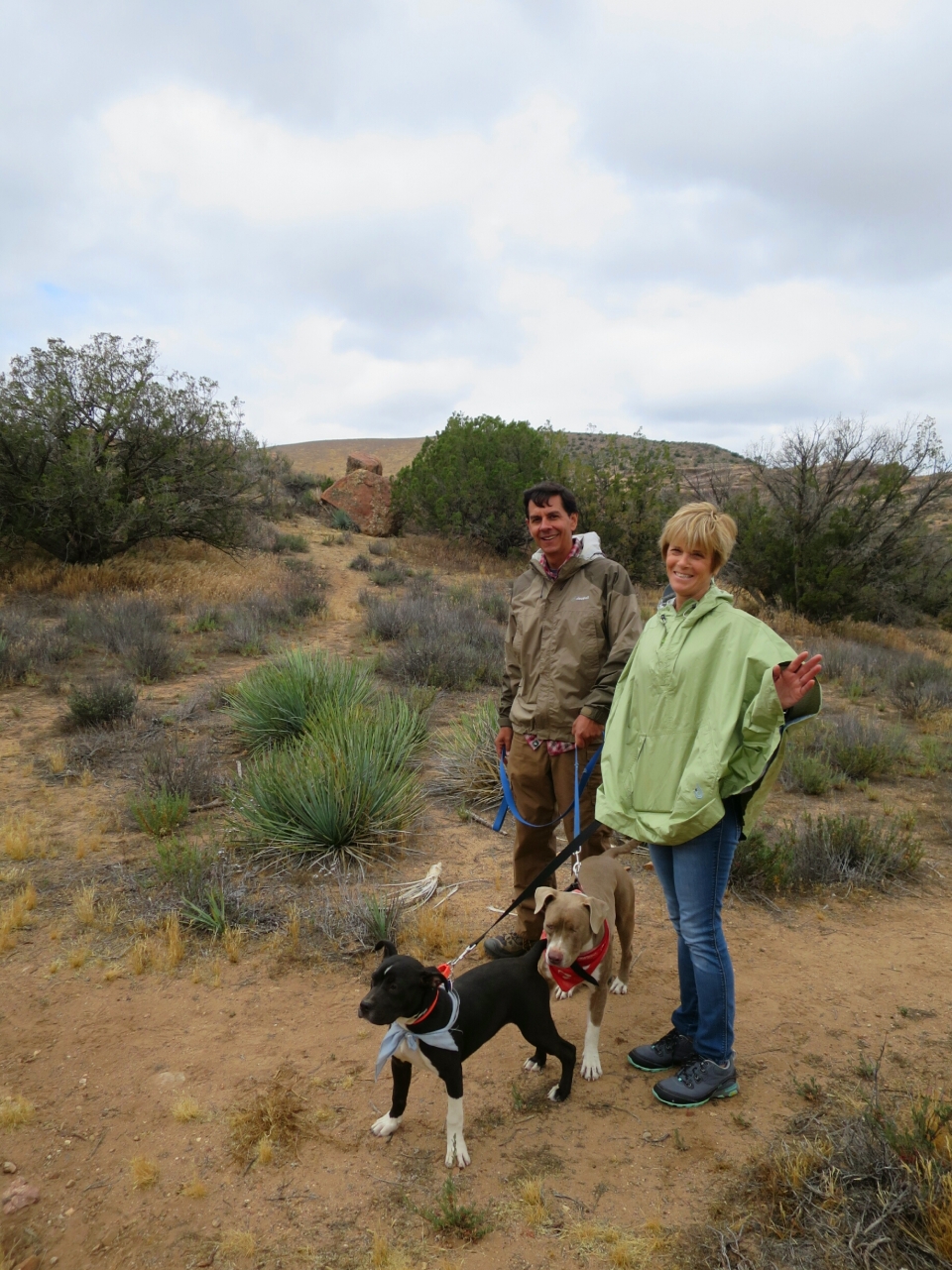 Lovely people you meet along the way.

We reached the town of  Aqua Dulce and went straight to the pizza place “The Big Mouth Pizza”. An hour later we waddled out of there and started walking to the Saufleys st Hiker Heaven which was a mile away. We only took a few steps when a car pulled over and we heard a familiar voice asking if we wanted a lift. It was Mary,  our Trail Angel from yesterday.  So again we piled into her car for a quick trip up the road. We parted company with Jim who stayed in town to complete a family commitment.  We only wanted to meet the Saufleys and see the famous Hiker Heaven. We were not staying overnight as we were showered, clean and rested and felt we needed to hike some more today. We got the introduction to the place and  spent a bit of time chatting to a few hikers we had met over the previous week.

By 2.30 we were back on the PCT hoping to get the 2,000 foot climb out of the way before setting up camp.  It was a lovely afternoon of hiking through golden grass covered mountain slopes.  It was a constant uphill that was not overly steep but unrelenting. It was nearing 6 pm and we had not seen any  suitable camp spots untill we reached the top of the hill.   It was incredible to look back and see the valley backed by mountains we had walked through yesterday and today.  We can’t believe that we have walked all that way.

Car wreck yard. I wouldn’t mind camping in the plane

I love the golden grass in the afternoon light.

Hammer was trying to point out where we started this morning. 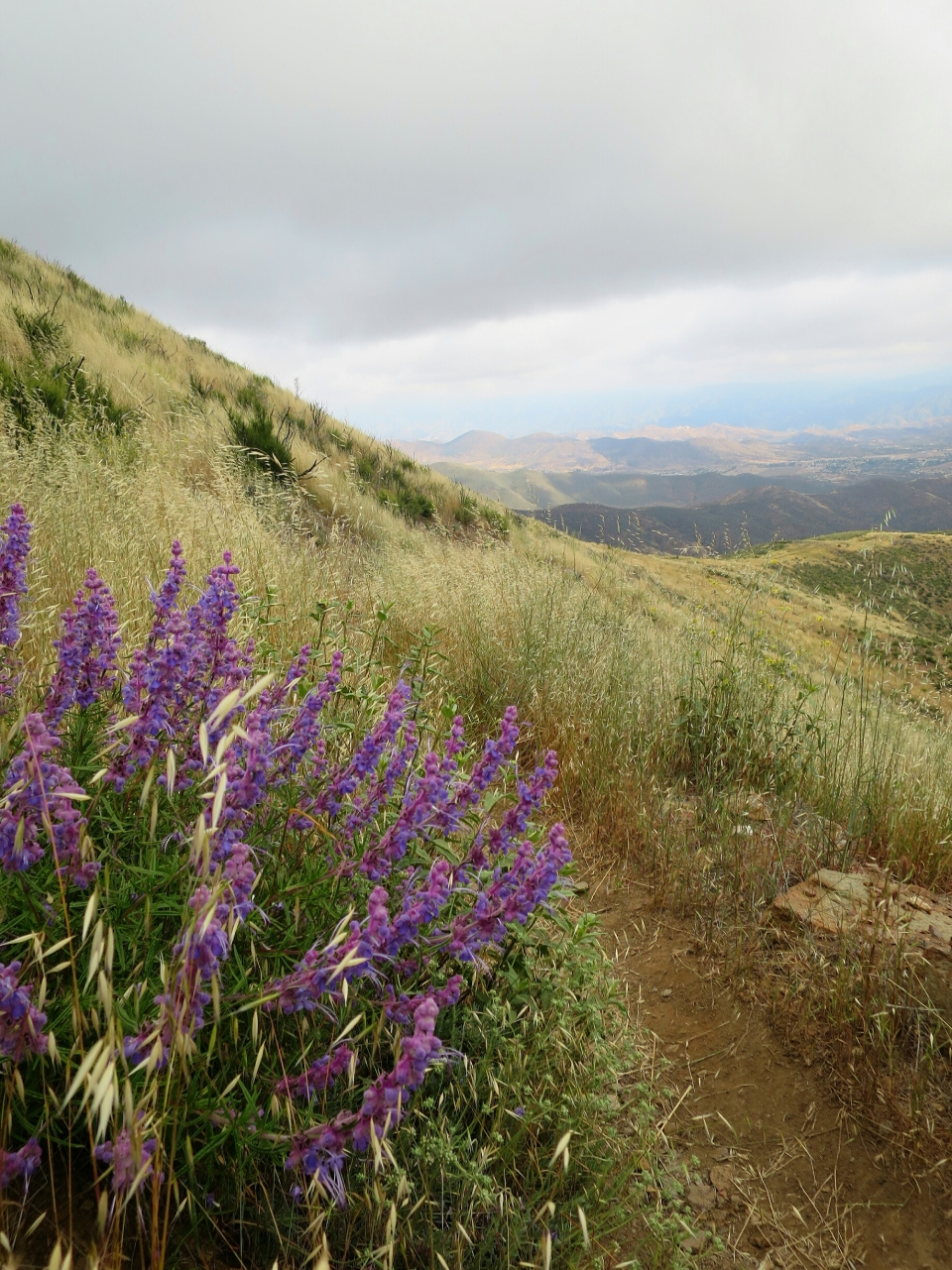 Clouds were gathering over the Aqua Dulce valley

My cup of happiness.

The trail just kept going up.

Way off in the valley is Aqua Dulce backed by another mountain range.

← OUT WITH THE OLD
A NIGHT AT CASA DE LUNA →