Today we head into Pagosa Springs for our last resupply before we finish this hike. Although we have more miles to hike today then we had planned, there wasn’t much more we could have done. This leg feels like it has been tough and long, we have almost run out of food. 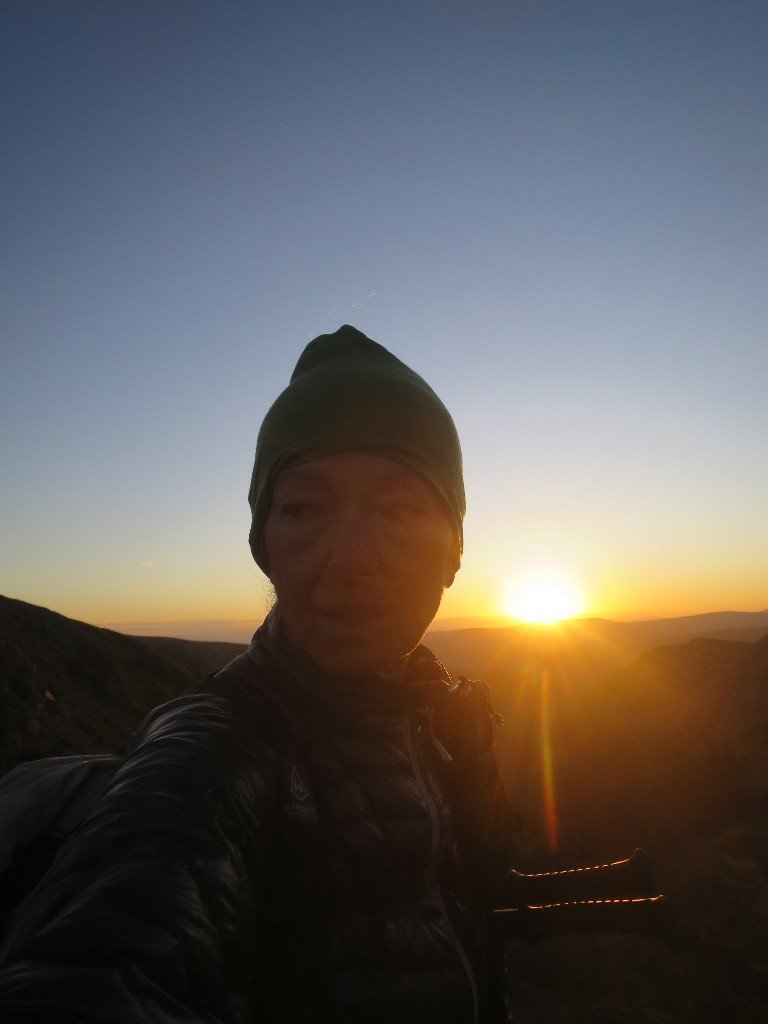 Like the last few days I was awake early. I listened to the wind whipping the tent fly as I drank my morning coffee. We soon broke camp and were on our way under a cloudy sky. It wasn’t overly cold and once we left the campsite the wind abated and the clouds dispersed. After a short climb and we reached the Creed Cutoff trail junction. As it got light, the surrounding landscape appeared much more gentle, with smaller rolling mountains.

We reached a lookout above Archuleta Lake and stopped to have breakfast. The sun was out and the clouds had dispersed. A beautiful spot to take a break. We also had AT&T service from here, so it feels like we are out of the wilderness. 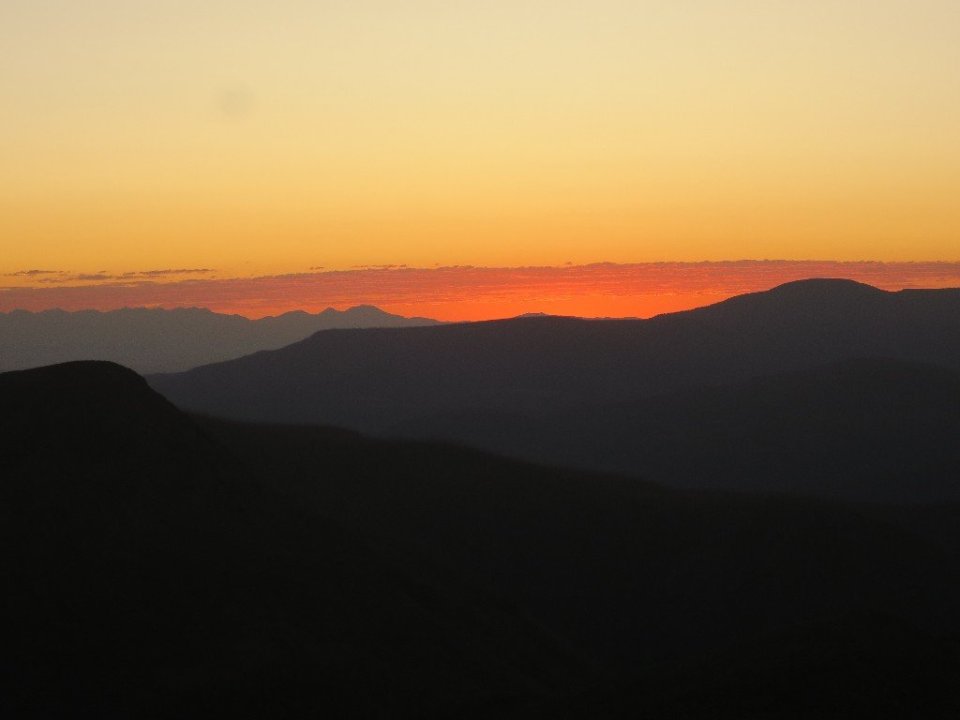 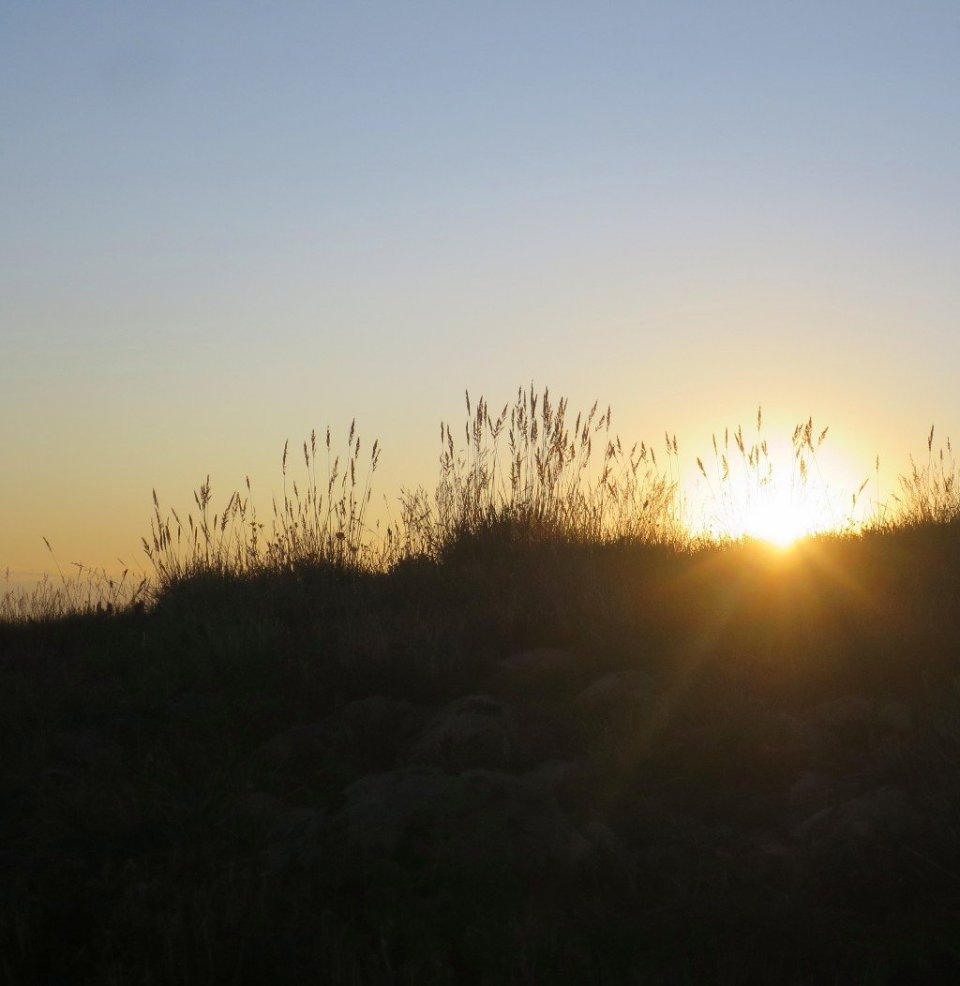 From Archuleta Lake we passed another couple of lovely small lakes. I was in a happy headspace daydreaming of townstop delights, when I looked up to see a rider on a horse with 2 mules in tow. The trail was narrow and he motioned for me to go upstream of him. He stopped for a chat. His name was Charlie, originally from Minnesota and now working the summer supporting hunting parties in this area. He was bringing water (and a toothbrush) to a number of clients who were out hunting with bow and arrow. He was able to inform us about hunting etiquette and assured us that it was unethical to hunt in the dark. But it was possible that hunters were going out before sunrise to set up but should not have been shooting arrows in the dark. That was good to know.

From Archuleta Lake, the landscape flattened a little. The temperature increased, it was very warm. And the anticipation of reaching Wolf Creek Pass intensified. A sure recipe for time to slow down. Just as I was getting a little despondent about how much more distance we have to cover, we started meeting up with day hikers, all chirpy and upbeat about their days outing. We stopped to talk to two fishermen and then a husband and wife with a small fox terrier dog. They were hiking towards the lake which we passed an hour earlier. Both of them offered us a ride to Pagosa Springs if we were still on the road hitching when they returned. That was so nice and encouraging to hear.

We made the Pass before 1pm. The Highway was busy. It took less then half an hour to hitch a ride with Ken who was driving a Subaru! Neil Young classics were cranking through the speakers and Hammer was a happy man. Ken was and old time surfer from California now living near Colorado Springs. He has taken up fly fishing in retirement. Hammer may be catching the fly fishing bug. The drive to Pagosa Springs was long, down a twisting highway but Ken was an interesting conversationalist. Ken very generously dropped us off at the First Inn Motel and we said goodby wishing him happy times with his family whom he was meeting in Durango.

Of all the trail towns so far Pagosa Springs is the most spread out. The motel and restaurants were at the east end of town and Walmart and other grocery stores were nearly 4 miles away at the west end. A bus ran on the hour but stopped service at 4.30pm. By the time we checked in to the motel, worked out the bus schedule, bus stops etc we got the second last bus of the day to Walmart. It was an hour long bus trip and we got to see quite a bit of Pagosa.

We have our resupply list down pat and in less then an hour had our grocery shopping done. I called a taxi and in 15 minutes we were back in our motel room. We should have got a taxi out to Walmart as well and saved so much time but the bus ride was an interesting insight into aspects of the local community.

For a small fee the motel owner did our laundry, we repacked our food for the next leg and we could finally relax in the room. It was dark outside by now and apart from the blog update all our chores were done. Feeling exhausted we decided to take another full rest day in town tomorrow.

← RIDGES OF THE SAN JUANS
ZERO IN PAGOSA SPRINGS →