I am a creature of habit. Excited to get into town, I was awake super early. This section of the hike from Grand Lake to Breckenridge has been tough for me. I couldn’t wait to get to a hotel room and town comforts. I maybe suffering a little bit of white line fever now that the finish is in sight. But at the same time wanting the adventure to go on.

We were packed and on our way by 5am. We walked by torchlight along the Swan River, following a dirt road, Tiger Rd. The moon was still out and low on the horizon. It didn’t take long before it set behind the mountains which fringed the river valley. It was a beautiful halo of light as it dipped behind the mountain. 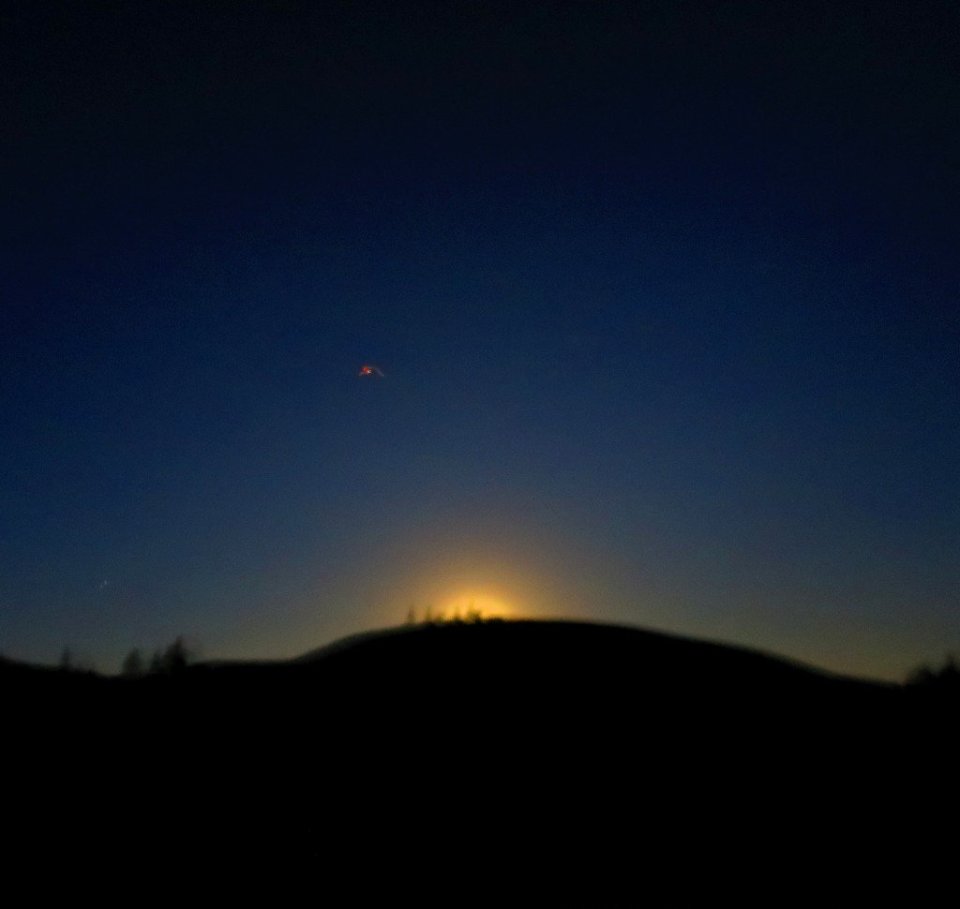 In the twilight the river bank looked like it was lined by quarries. It took us a while to realise that this was mountains of overburdened left behind by historic gold dredging activity on the river. Later in the morning we passed a historic site with remnants of a river barge used in mining operations.

As the sun rose it got very cold. The valley was opening up and houses started appearing along the road. Pretty soon the dirt road gave way to bitumen and houses became more prominent.

I was so excited, this is it, we were almost in town. Before reaching Highway 9 we discussed whether to go to Frisco or Breckenridge. The trail passes across the highway midway between the two towns. Based on other hiker comments, Frisco seemed a little bit easier to get everything we needed. Breckenridge was just a little bit more spread out.

We booked accomodation in Frisco as soon as we had phone service. There is also a free bus service which runs between the towns along Highway 9. How convenient this turned out to be. No hitching required, the bus stop was right by where we came out on the Highway. 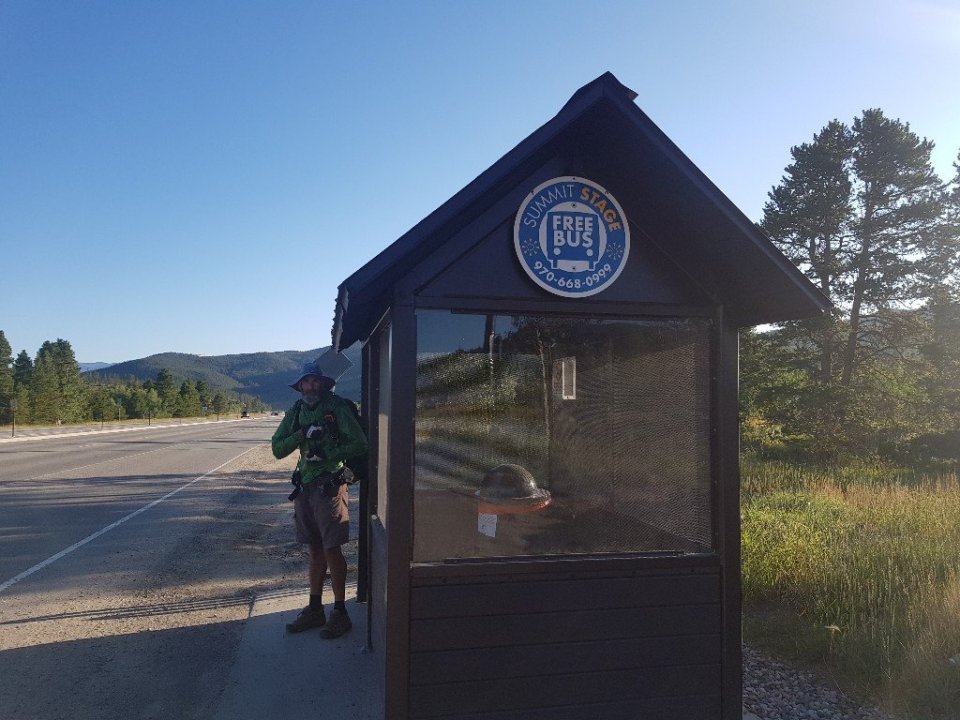 Within 30 minutes we were in town, the bus stopped right outside our accomodation. We left our packs at the Snowshoe Motel and went across the road to the Butterhorn Bakery to have breakfast.

Feeling a little bit grubby after 10 days without showering I think I wanted a shower more then food. But we couldn’t get into the motel room until 3pm and it was only 9am.

We had a huge breakfast and walked around Main Street afterwards. I needed new trail shoes as the ones I ordered were not delivered due to an unexpected two step Credit Card verification process I didn’t know about untill we got phone service. I decided on changing from the Salomons Speedcross to Salewa trail shoes. Either the quality of Salomons is not what it used to be or this trail is tough on shoes. This last pair started to disintegrate quite early. Hammers Keen Targhees are holding up as well as before, so it may not be the trail conditions. Fingers crossed changing shoes this late is not an uncomfortable mistake. 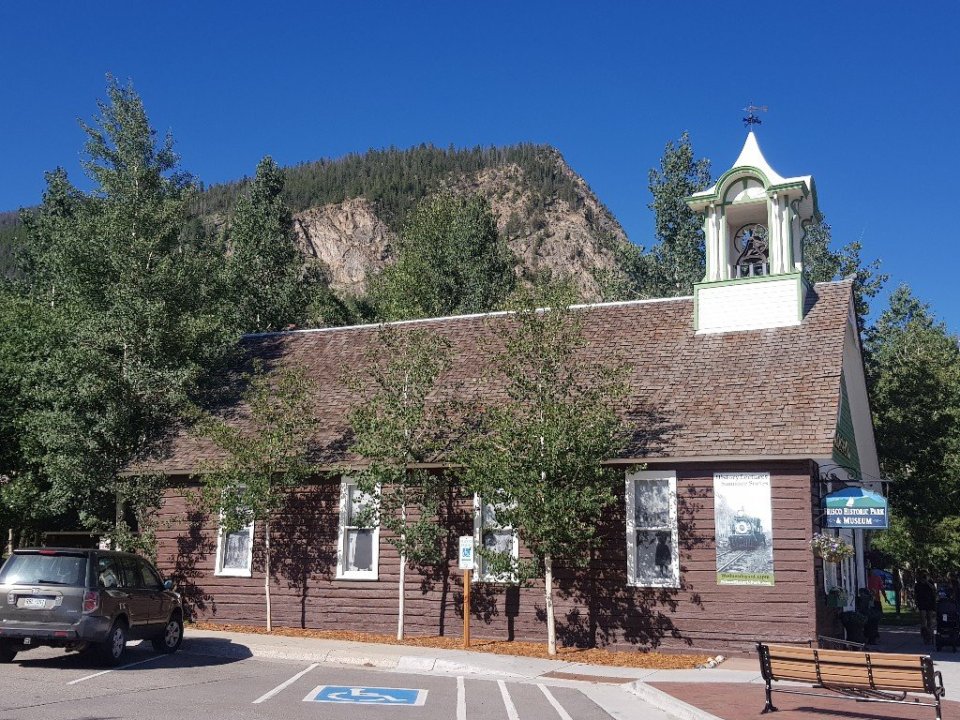 We went back to the motel and sat in reception. I rang Cascade Design in Seattle to follow up on my sleeping mat which was going to be a warranty replacement. I had expected to have a replacement sleeping mat sent to Breckenridge. It has not arrived. I now arranged for it to be sent onto Salida. This means another week of carrying the bulky, but super light, Thermarest Z-Lite.

I think the manager took pity on our shabby appearance and let us have a room early. By 10.30am we were in a room. Finally we can get clean and I could crawl under clean sheets and warm covers.

After all our usual town chores were done I closed the curtains and stayed in bed and Hammer took the shuttle to Breckenridge to have a look around. He returned a few hours later a little disappointed with the town but happy that we chose to stay in Frisco. I updated the blog from the comforts of a warm, clean bed.

As much as I want to keep going and get this hike over and done I also feel like I need more rest and mental recovery from this trail. Hammer has lost a lot of weight and is looking quite skeletal. He is looking forward to a haircut and getting rid of the scruffy beard.

I guess we’ll rest when its done. We have 440 miles of Colorado still to do and 40 miles in New Mexico before we reach the end near Chama at Highway 64.