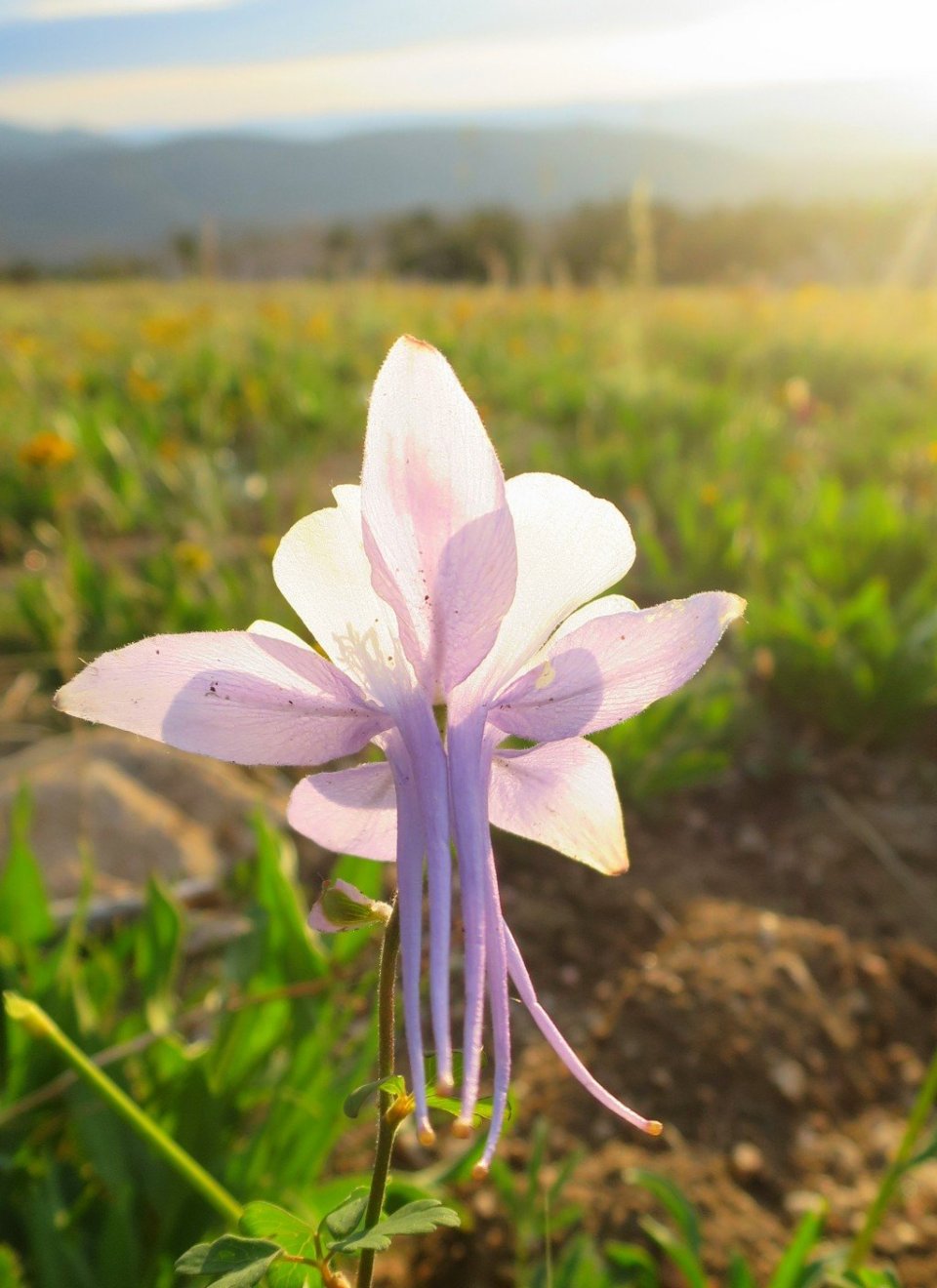 Another silent and still morning with lovely mild temperature overnight. We broke camp and were on our way just as the first blush of sunrise started to colour the sky. A lone bird sang as we left our campsite by the lake. It was perfect hiking conditions. 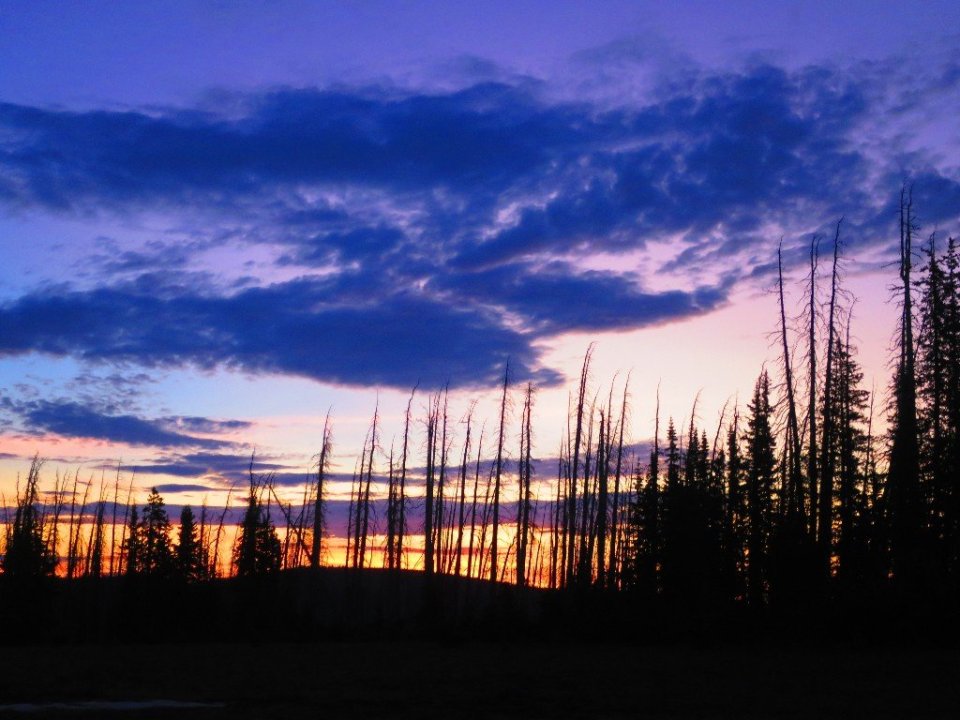 From our campsite we had to navigate several meadows which were sodden from the recent snowmelt. I managed to keep my feet dry for the first one. But by the second and third my shoes and socks were soaked. Hammer managed to stay mostly dry in his waterproof shoes. 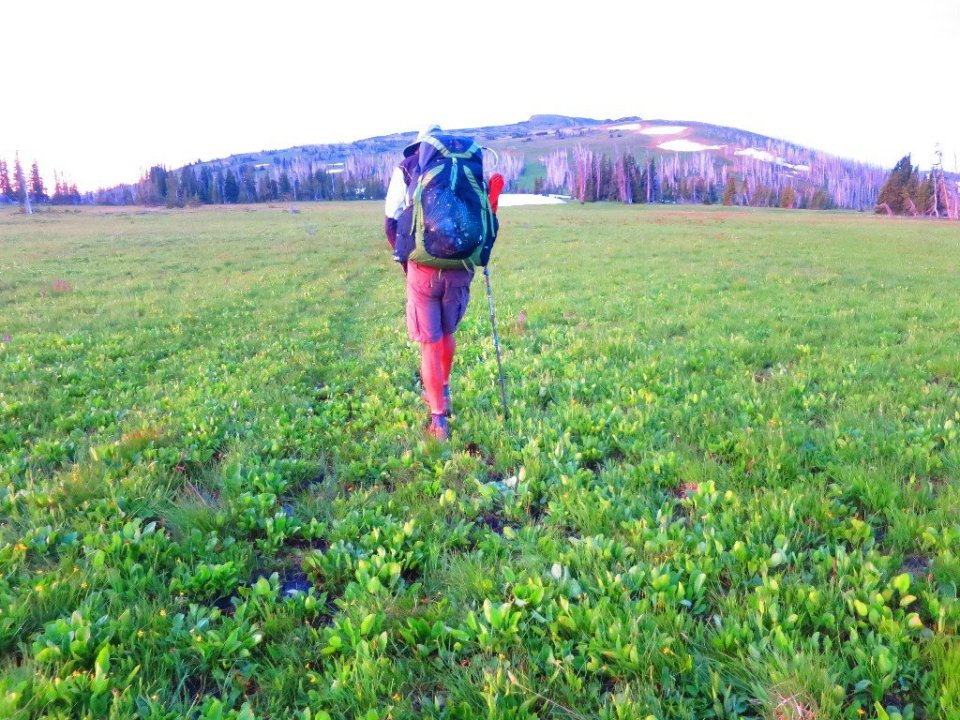 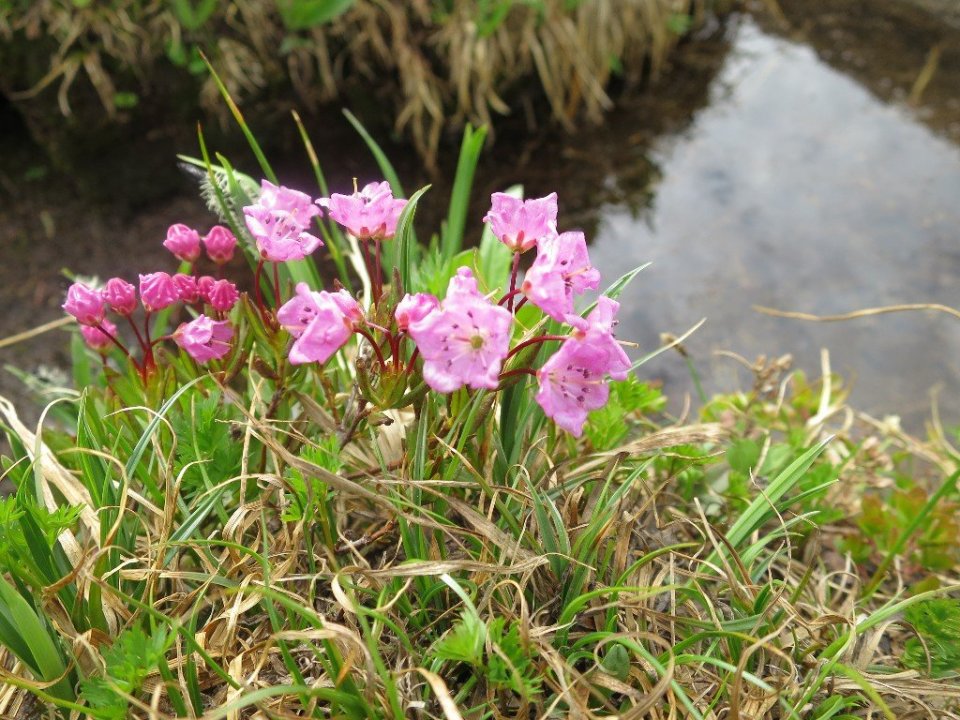 From the meadows it was straight up 1, 000 feet climb over a mile and a half to the summit of Lost Ranger Peak at 12,000 feet in elevation. It certainly got the heart rate up, it was so steep in sections that it felt like you could tell backwards if you stopped. But the views from the top were breathtaking. There was no wind, just a beautiful quite and peaceful stillness up on the mountaintop. Most of the morning was pretty cloudy, the sunrise was not successful in burning off the clouds. 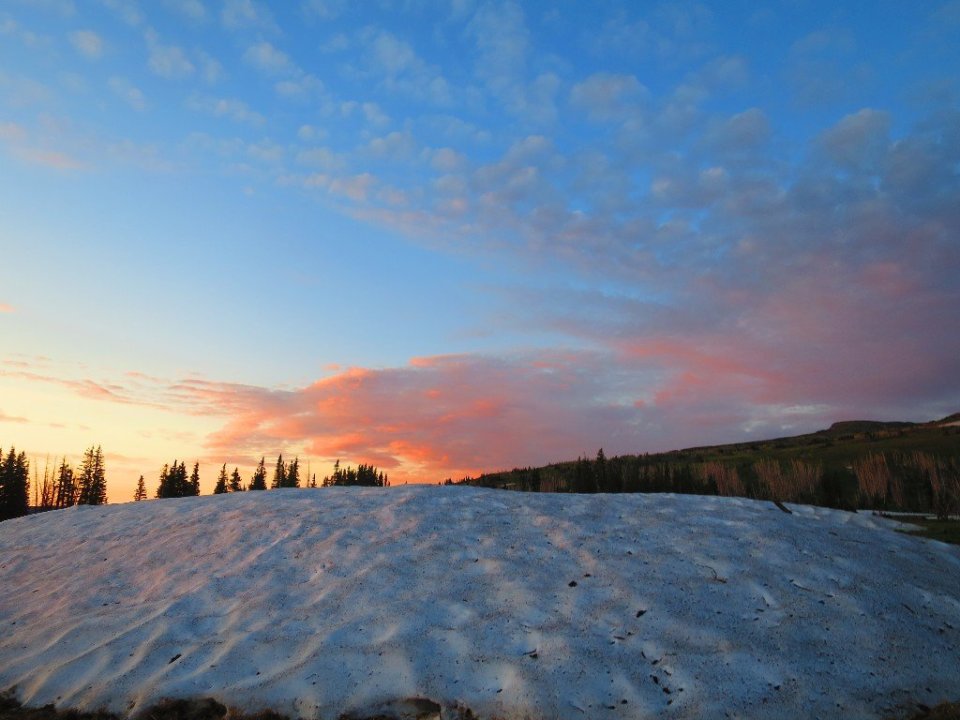 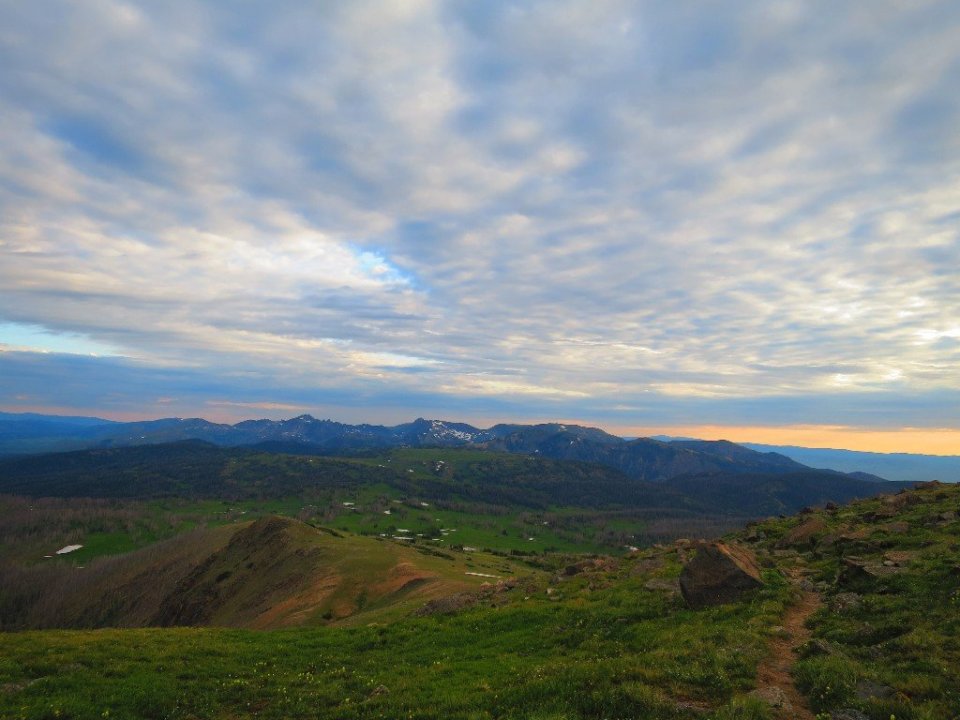 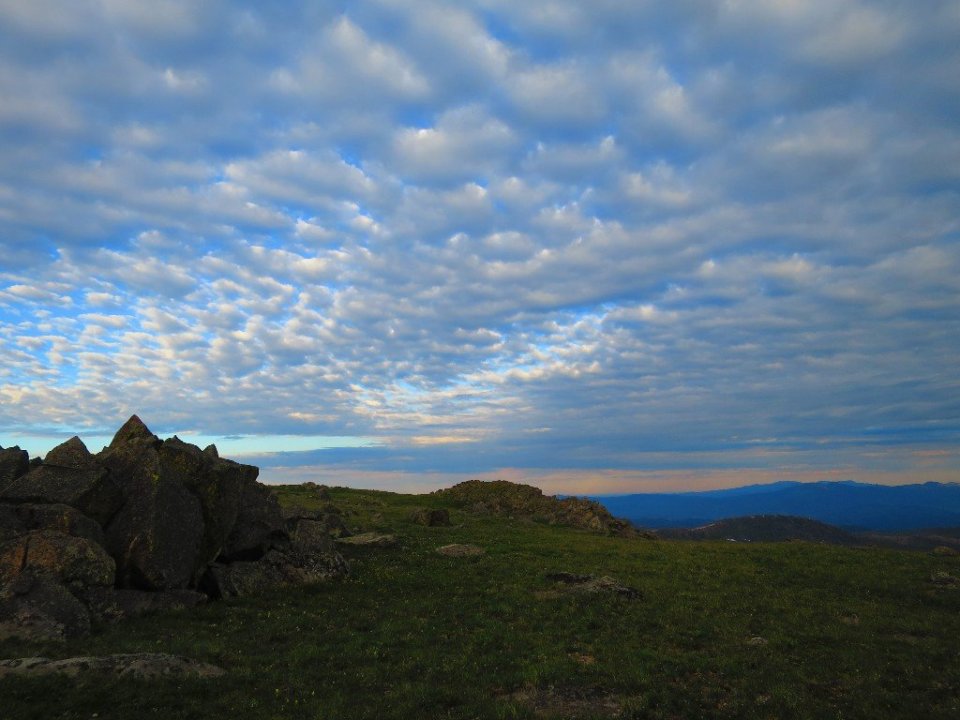 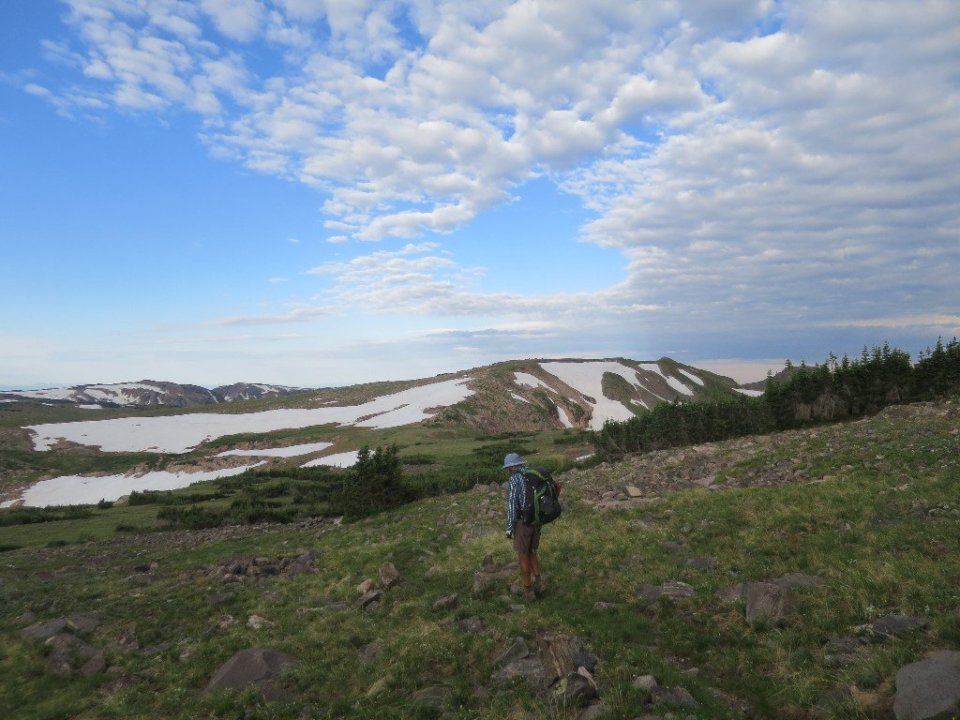 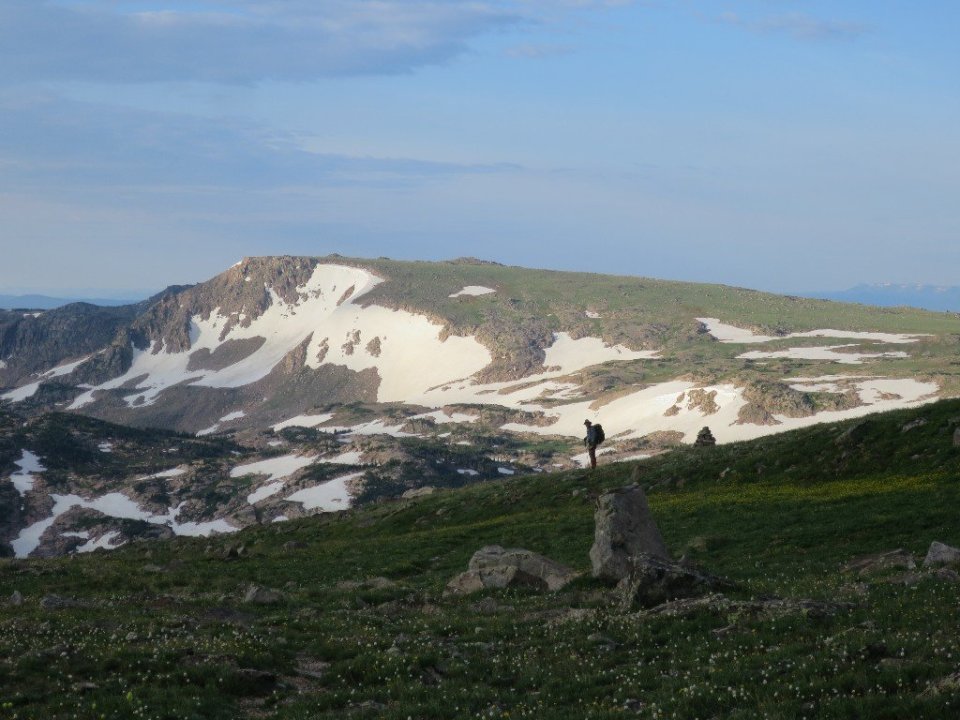 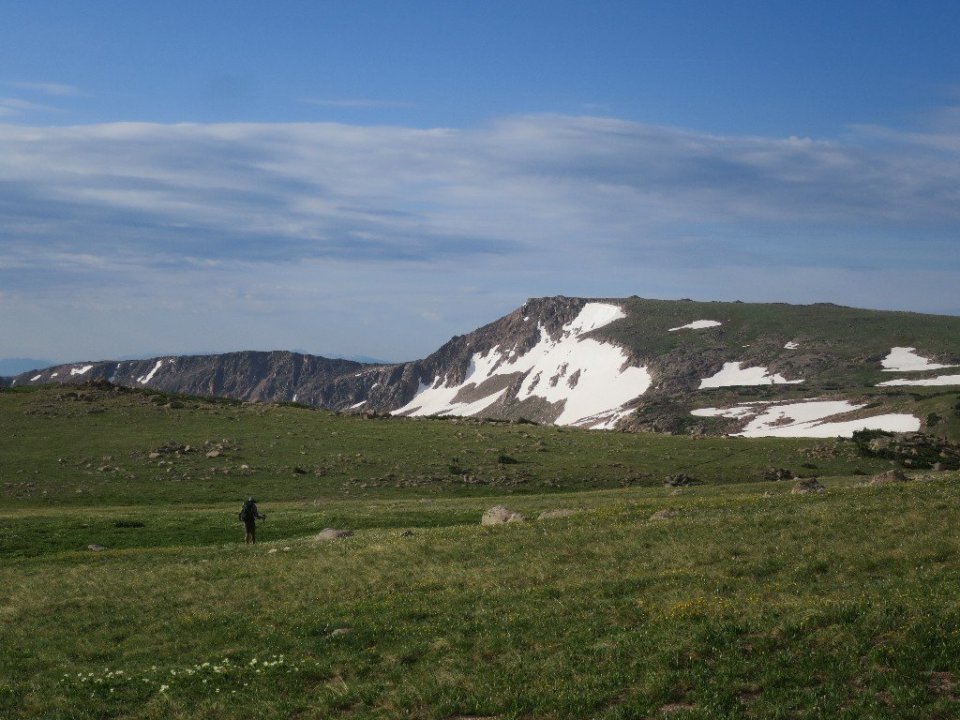 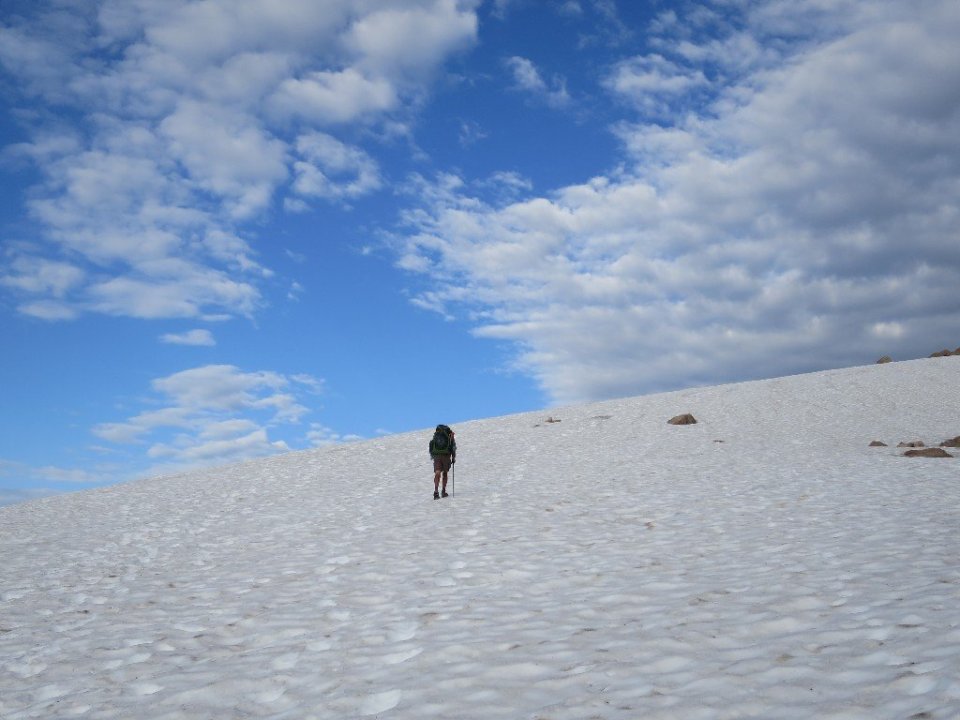 From the Lost Range Peak we followed a ridgeline that was undulating. Some very steep ups and downs between 11,000 and 11700 in elevation. Some snow remained in sections. It was pretty firm to walk on and the sections were not overly long. The distant views were spectacular as the were the wildflowers. It was a beautiful morning of perfect hiking conditions with fantastic views. 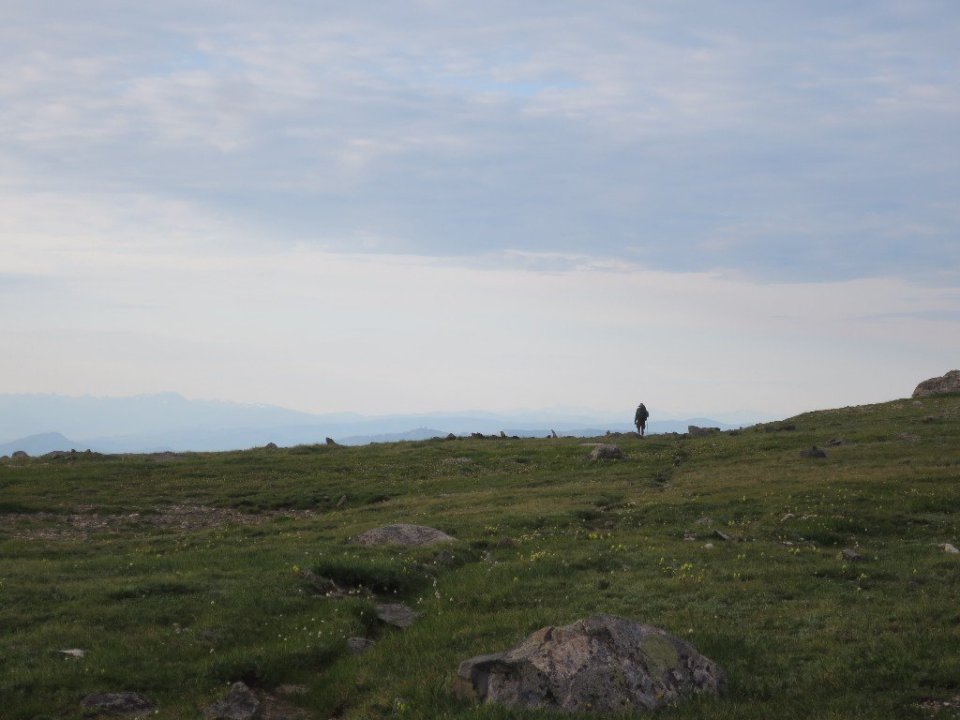 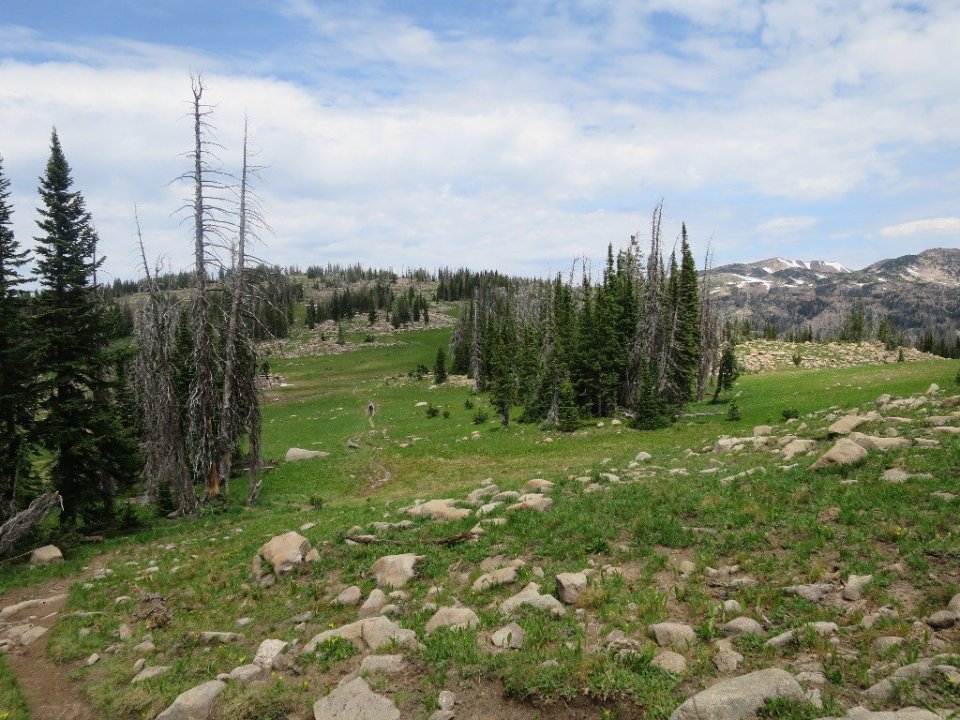 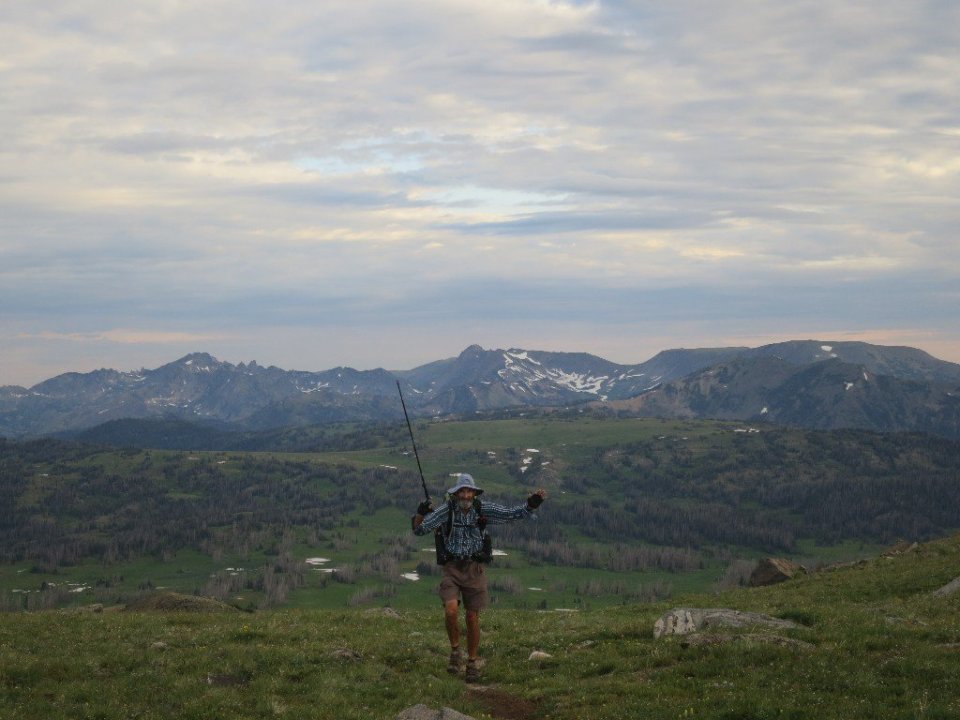 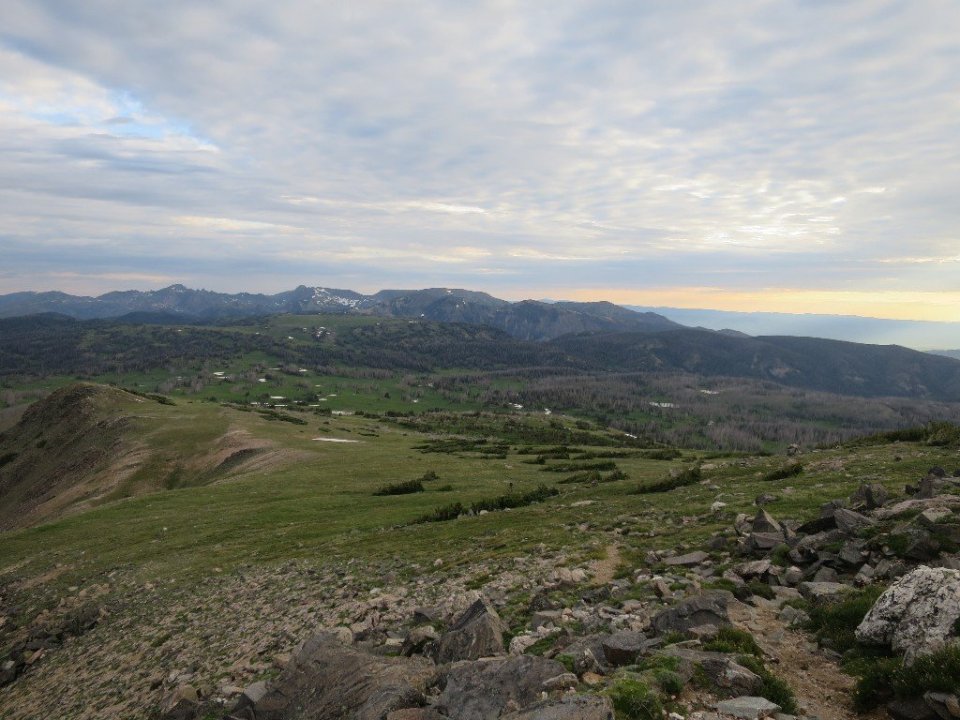 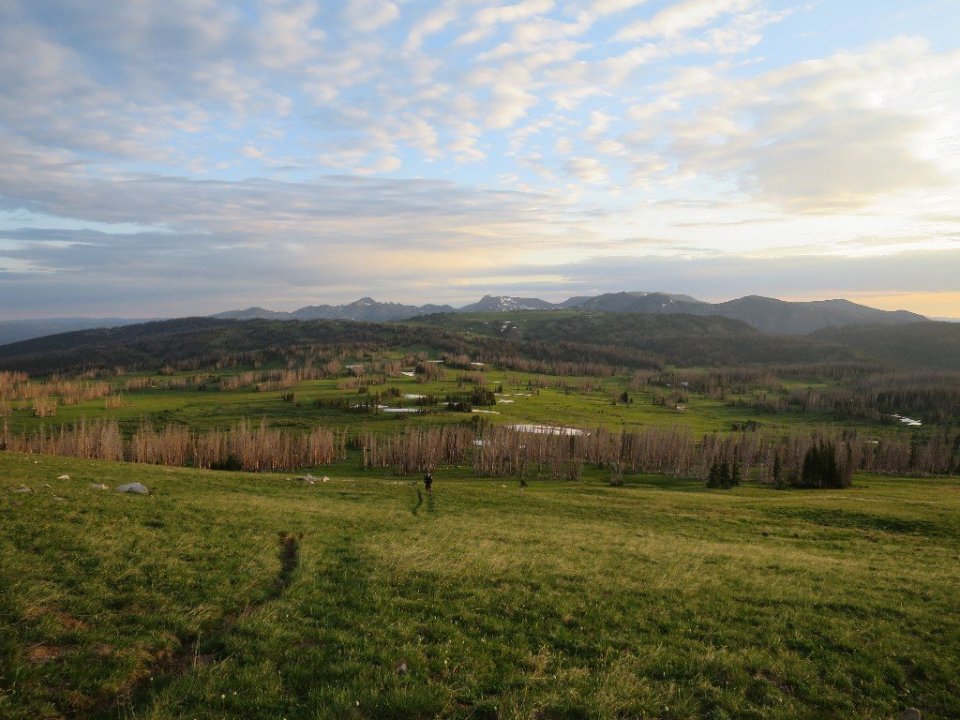 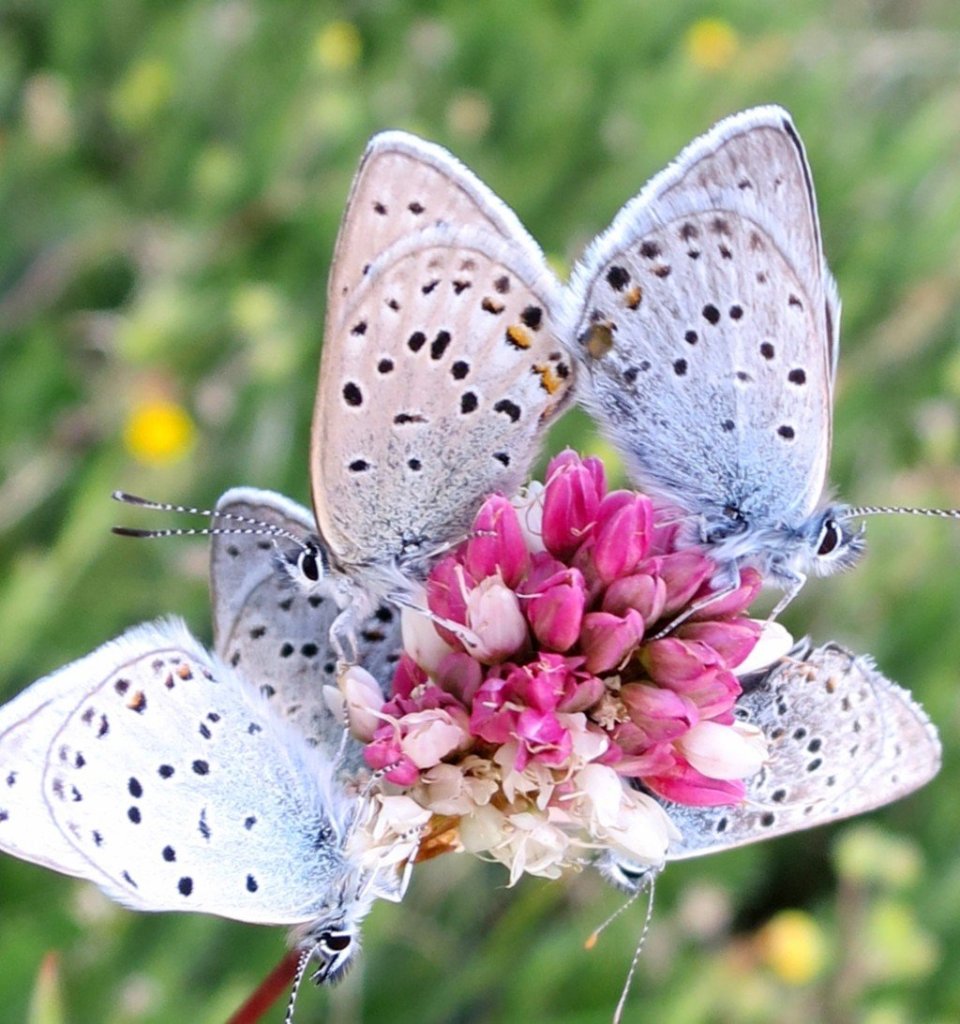 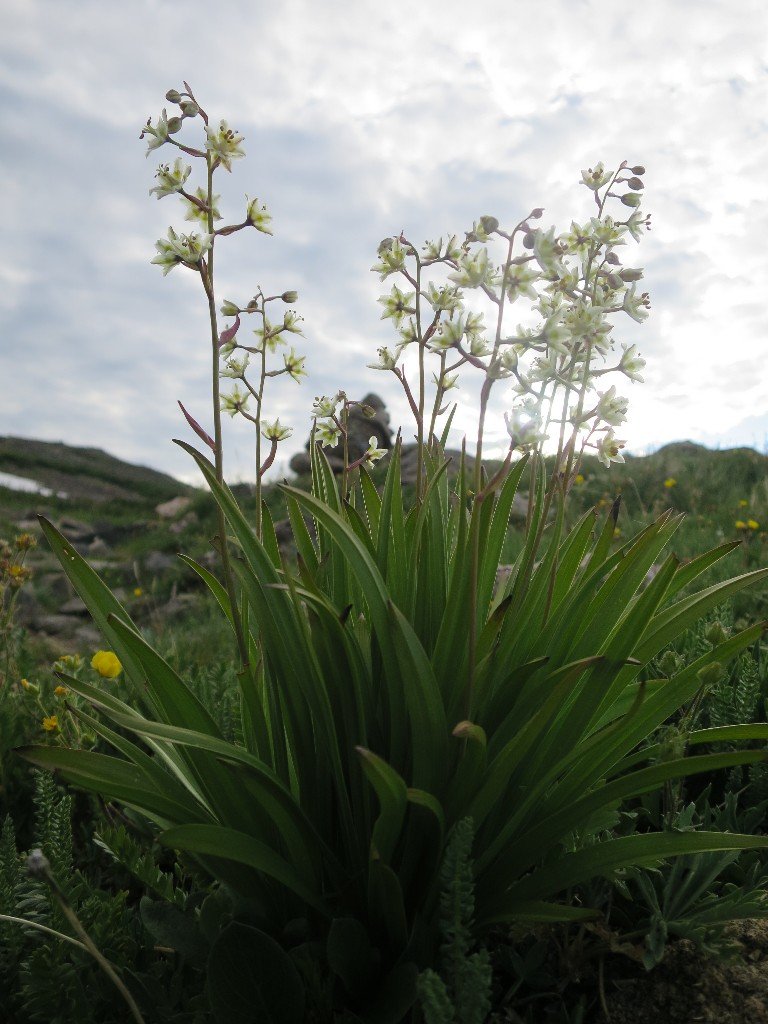 The afternoon was not as spectacular. Once we exited the Mt Zirkle Wilderness, the trail followed an ATV track along a series of lakes. The trail was popular with trail motorbikes and mountain bike riders. The mosquitos were insatiable and seem to increase in number as we got further into the trail. The afternoon dragged on. 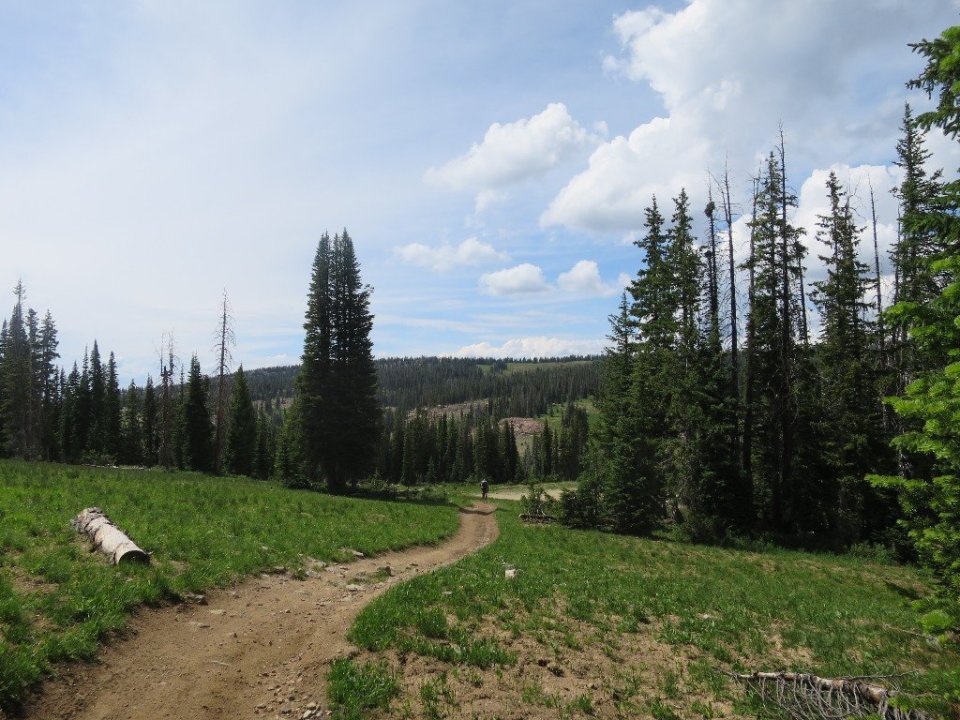 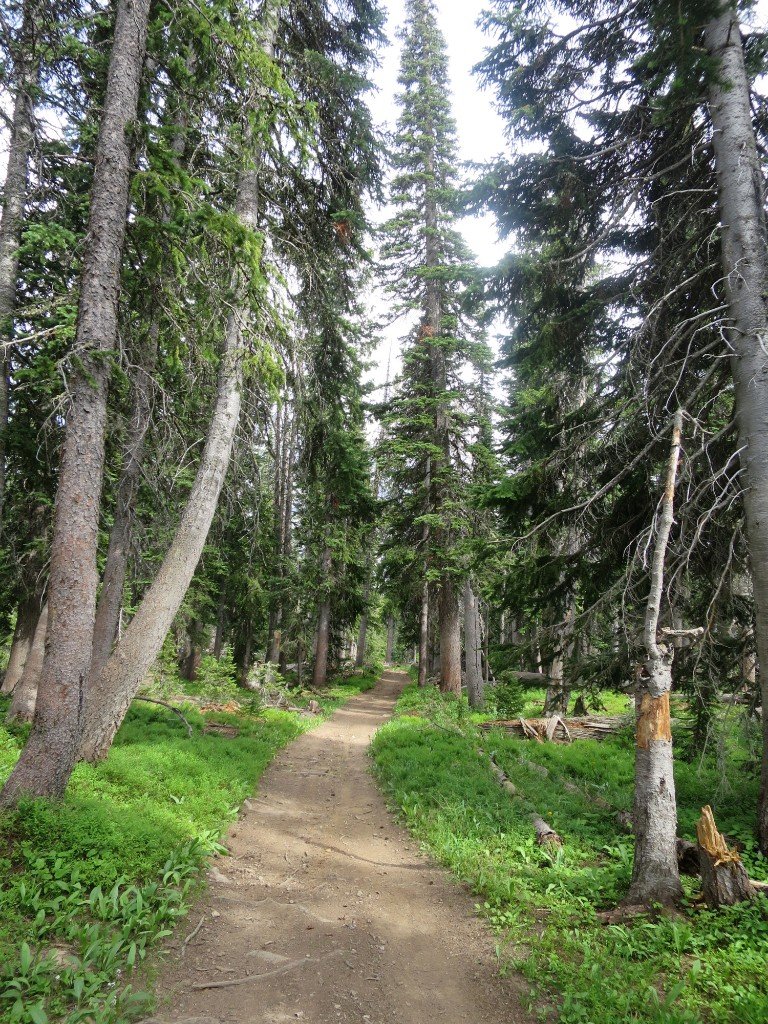 We came out of the forest and out into the open near Lake Elmo.The sky was darkening. We we exhausted and stopped to camp an hour earlier then we had planned. Just as well, and almighty thunderstorm rolled in just as we were were settled in the tent. The lightening and thunder were near us for about 30 minutes before moving away. The rain continued as we were falling asleep. 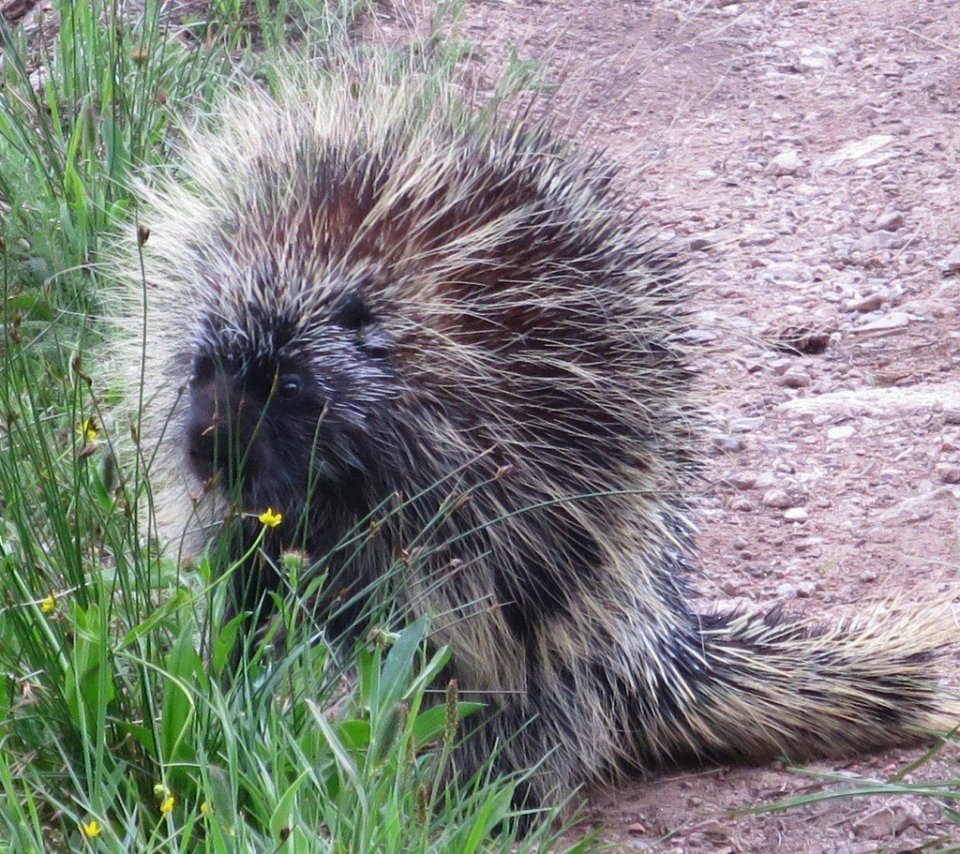 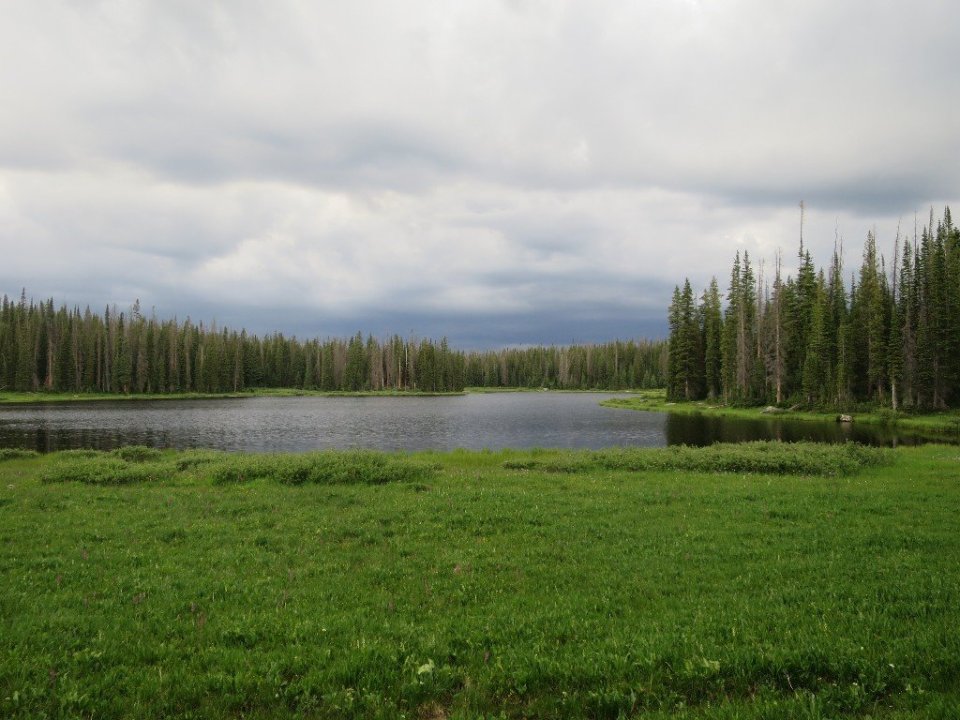