Today was a hot, hot day. It was hard, it was brutal and it was beautiful.

It was such a warm and still night. The only sound I could here was the hum of mosquitos. Even though it was still dark the ramada was armed and waiting outside. Thousands of bloodthirsty suckers were waiting for us to unzip the tent.

Despite the mosquitos I so happy we stopped where we did. The first couple of miles from our campsite we walked through more burn area. The fires were so recent not even the grass has come back. 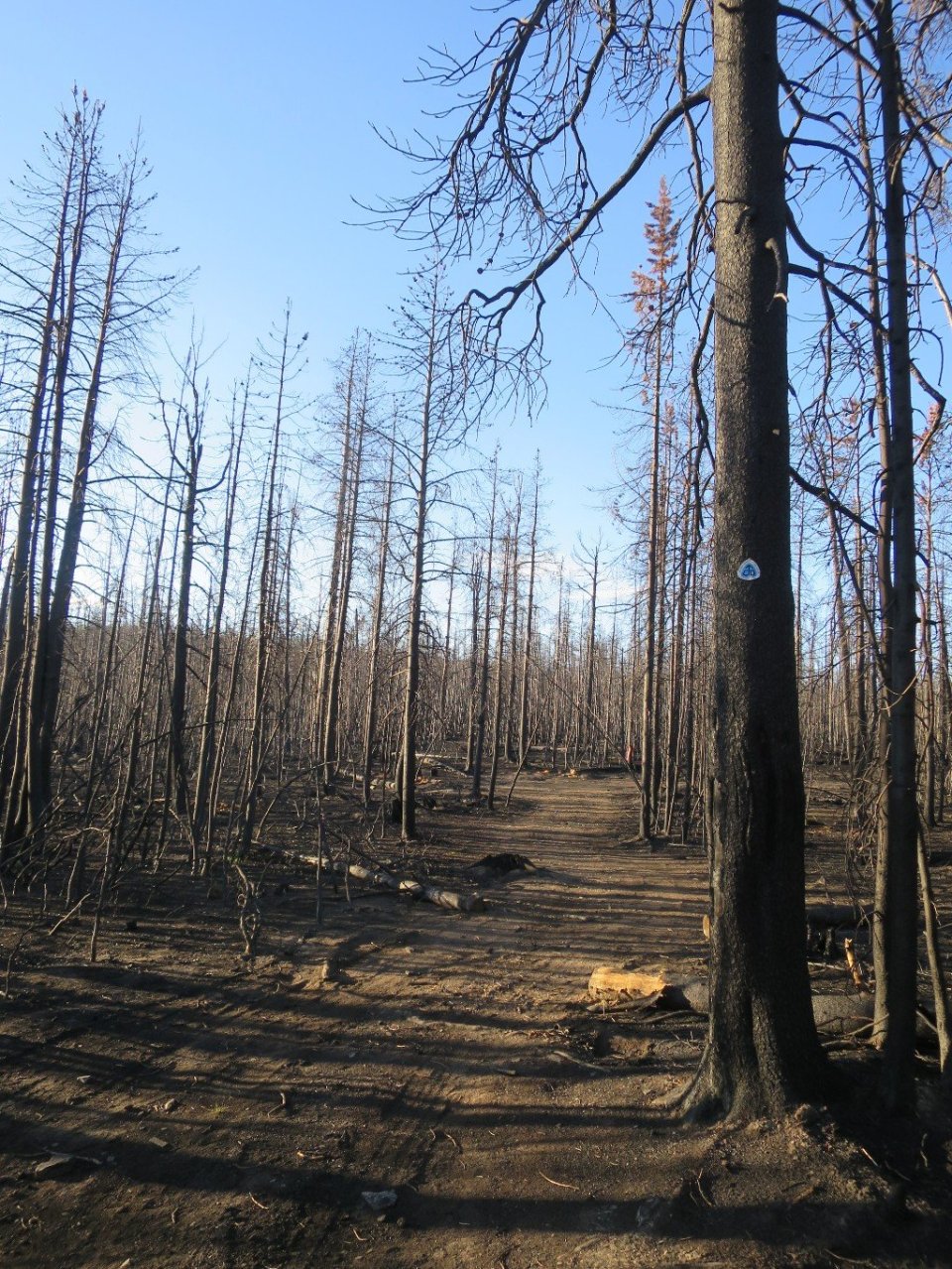 Once the mosquito numbers were reduced it was a beautiful morning hiking. There was no wind, blue sky with no clouds, it was very peaceful and quite. Just the rhythmic sound of our feet hitting the ground.

The morning seem to go quickly as we were mostly descending. There were no great views until we started to approach Lehmi Pass which is on the Continental Divide. The Pass is a historic landmark as the Lewis & Clarke Expedition passed through here several times.

It was a beautifully warm day. The views over the valley and to the mountains in the east were shrouded in a heat fog. It looked quite surreal. We were running low on water and it was a relief to find a spring a quarter of a mile off the trail at the Pass. It turns out that the spring was also visited by the Lewis and Clark Expedition. It is one of the springs that is the headwaters of the Missouri/Mississippi River. The water was delicious and cold. We had lunch by the spring in the shade of a tree with seats. The spring area is part of the Sacajawea Memorial Area. We topped up our bottles and drank so much we were bursting. 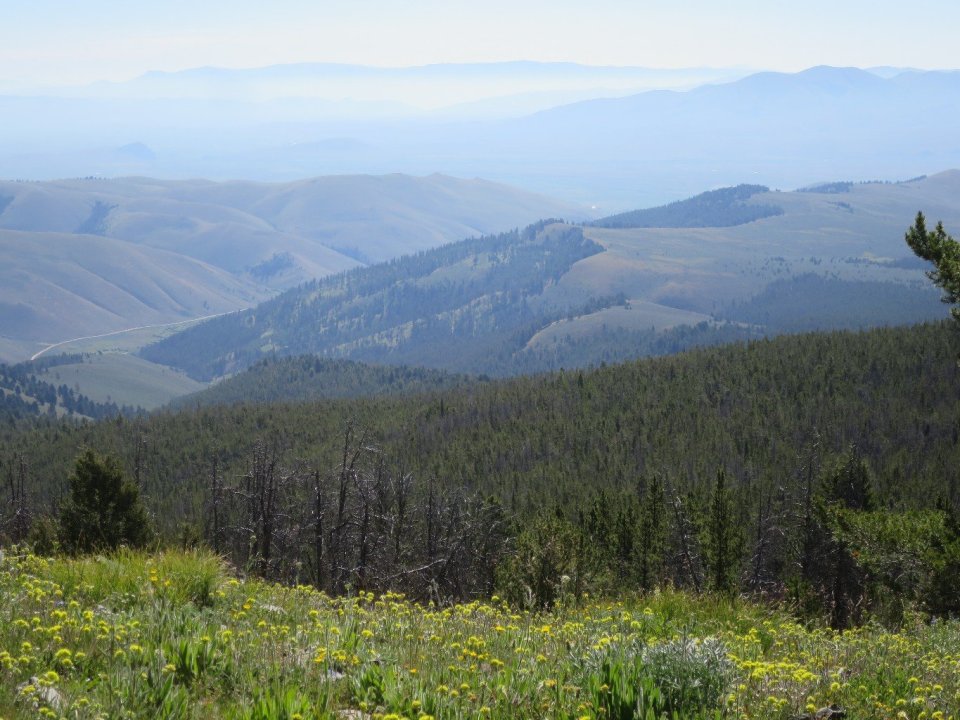 We waddled up the hill to rejoin the trail.

The climb out of Lehmi Pass was tough. It was 11 miles of uphill hiking, rising over 2,000 feet in elevation. Sections of trail were almost vertical. Combined with the heat of the day it was brutal. The first two rises were the steepest. And it was here that we started to leave the views of Lehmi Pass behind. The afternoon ground on slowly. A little more then half way up the climb the views to the east and west started to open up. It was fantastic to see the rolling hills, the green valleys with the sharp mountain peaks of the Salmon range in the distance. 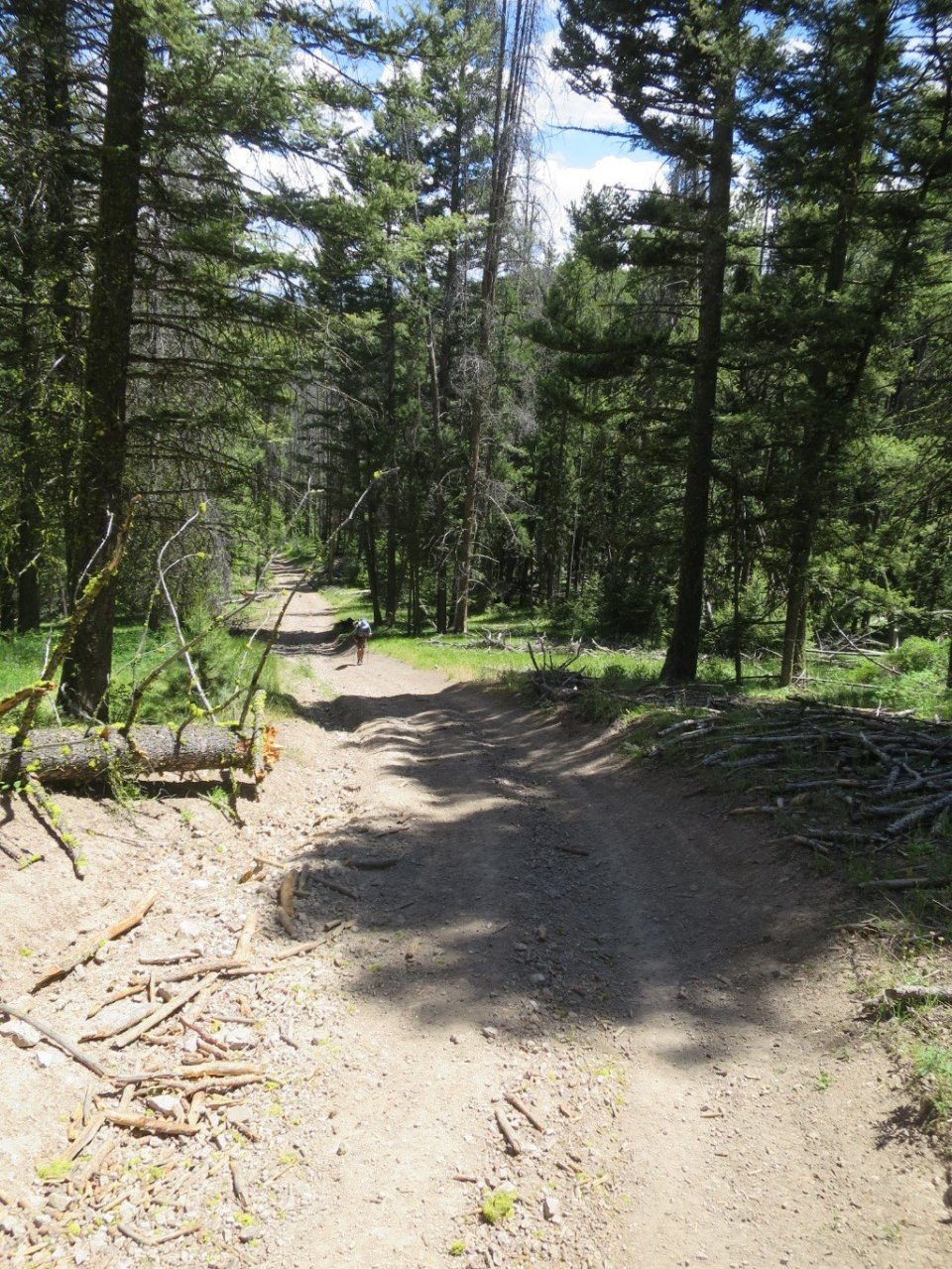 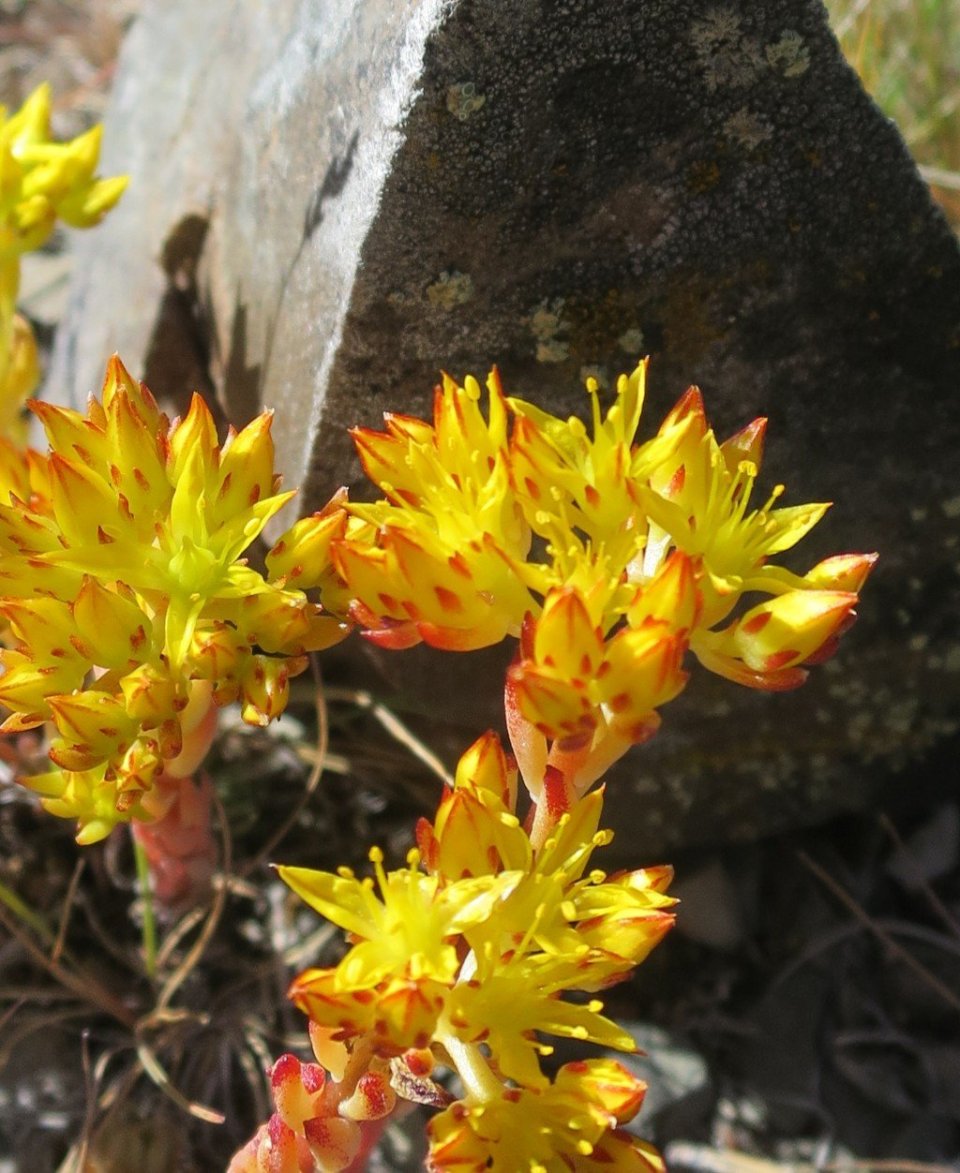 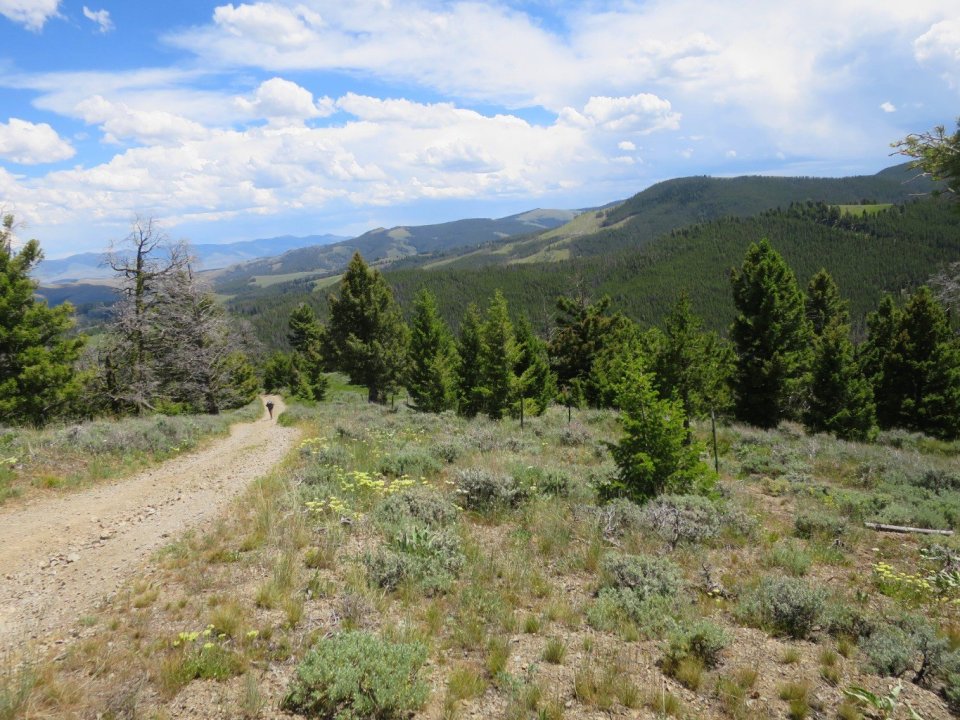 The last 3 to 4 miles before we stopped for the day the trail was simply beautiful. Passing through flower filled meadows, high up on a ridge. Being late in the day on a Friday we unexpectedly heard a car coming up behind us. It was a couple who were going to be setting up and manning an aid station in the Beaverhead 100K trail race. We learnt the race is on tomorrow and will start at 5am. They gave us some water, mandarins and the most delicious blueberry muffins. 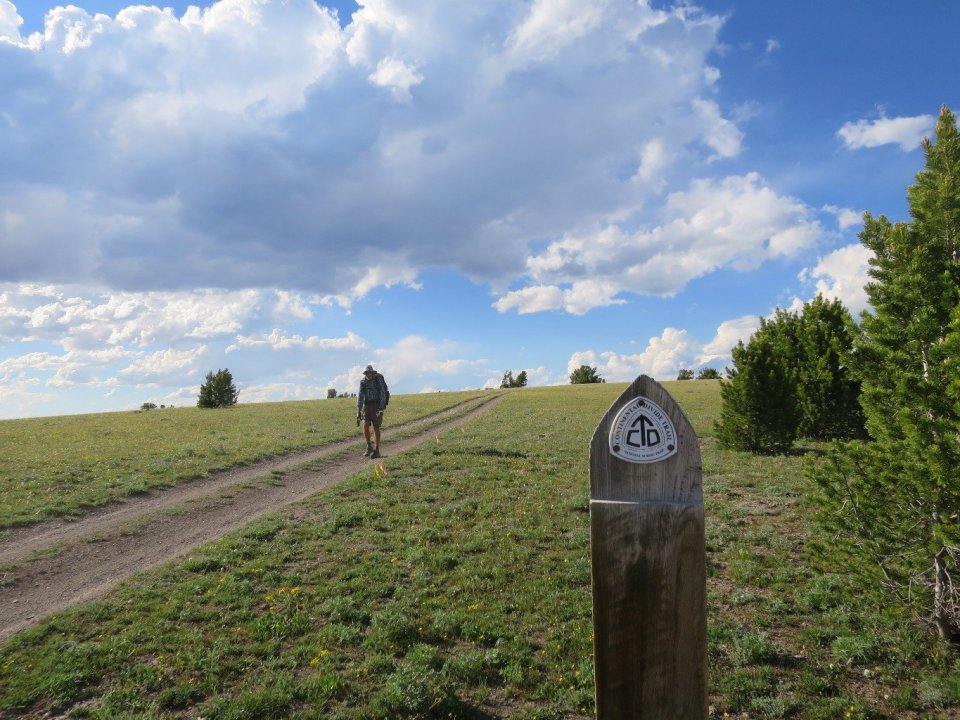 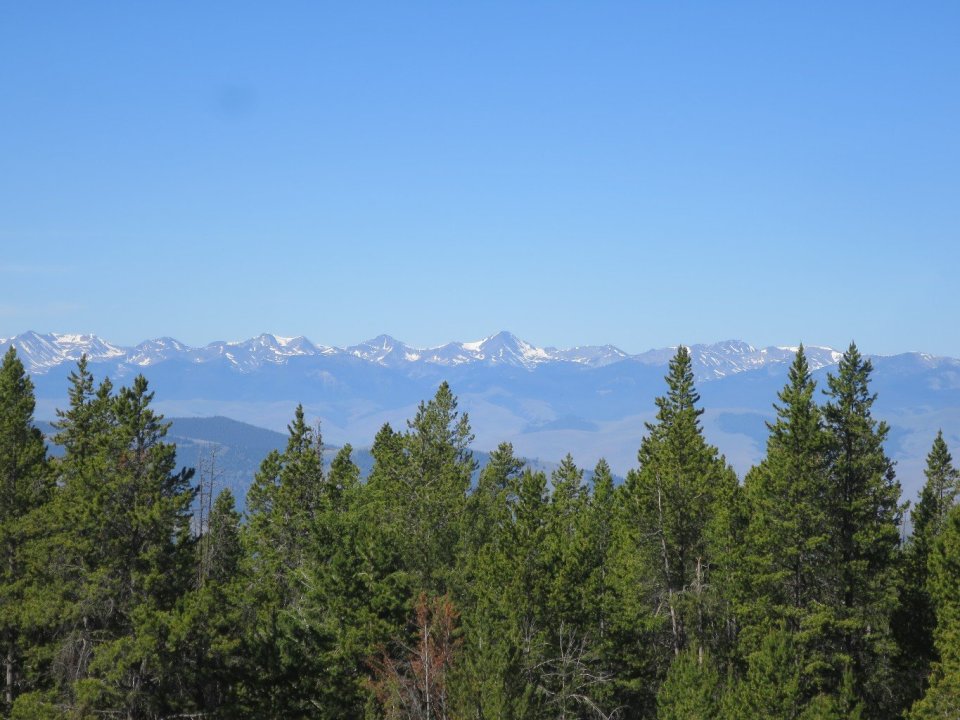 The day was excellent already and this just made it even better. About half an hour later another car passed us. They were also involved in the race and were going to be setting up an aid station not far from where we were planning to camp. We stopped just short of where they were setting up and will probably see them in the morning. We are quite excited to see the runners go through in the morning. We also hope that the race means a little bit more traffic on the road to Leadore. It is a notoriously difficult hitch into town as the road does not normally get much traffic. 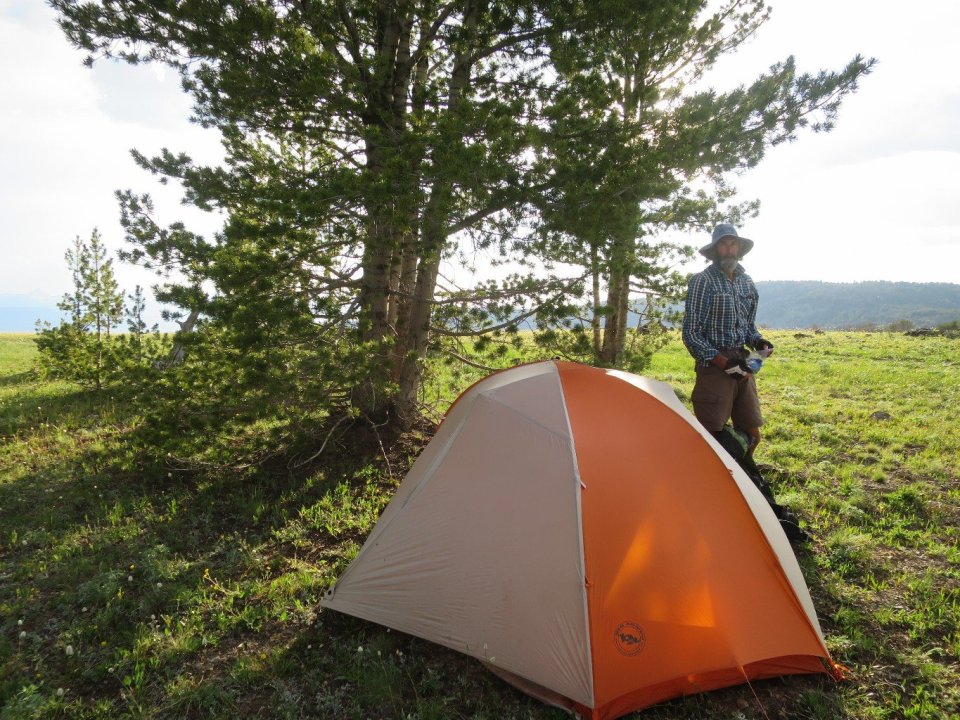