The day ahead promised mountain passes and lakes. We were excited to get the day started. We broke camp and were on our way before sunrise. The morning was overcast with patches of blue revealed as the sun started to rise. 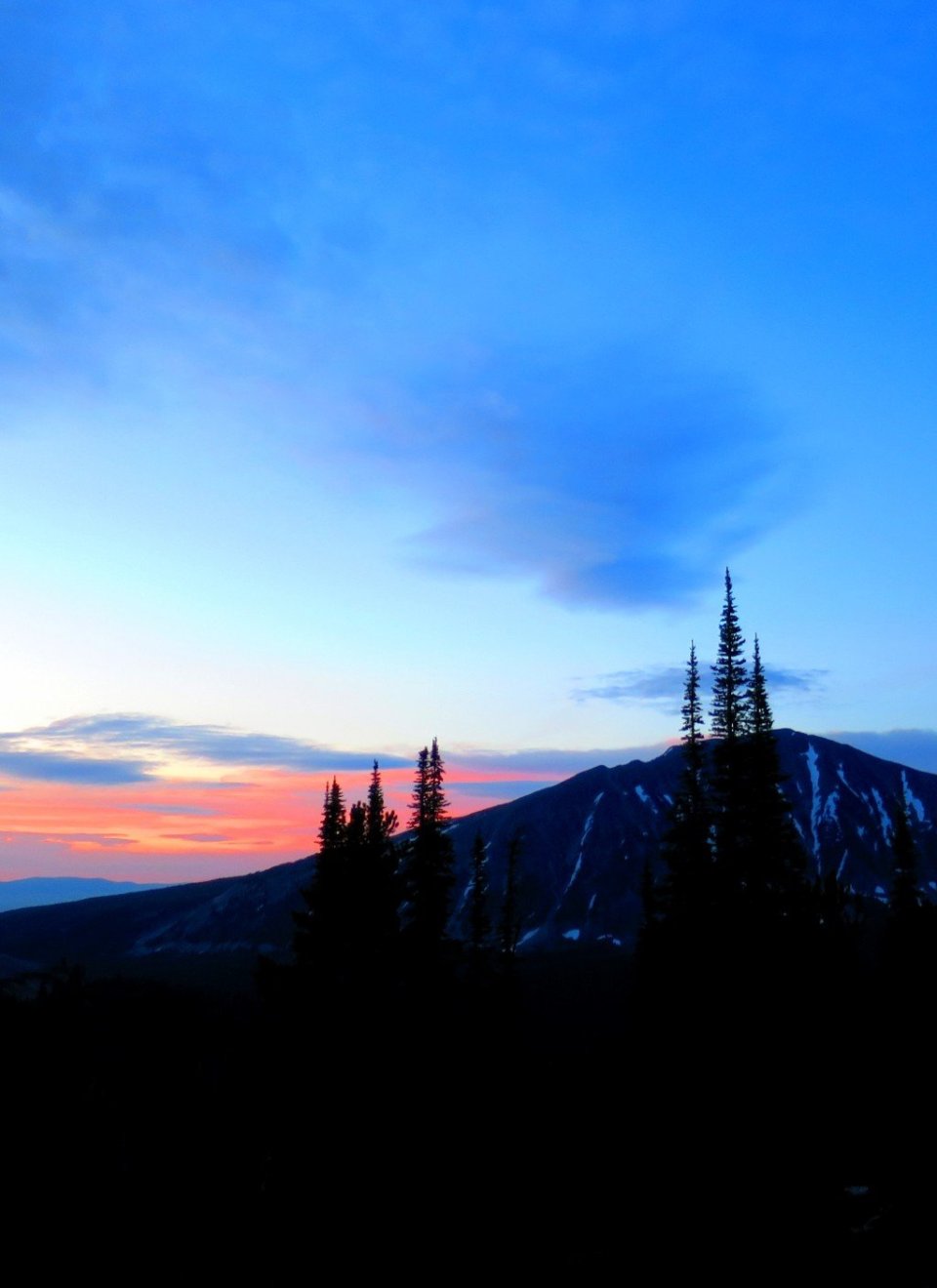 The sunrise lit up the surrounding mountains and happy bird song echoed as we started up a small rise.

Once up on a ridge it was peaceful and quite. Just the craggy snow dusted mountain peaks in front of us, it was breathtaking. Air temperature was perfect for hiking.

A long descent through a forest and snow melt stream was followed by a hard climb to the first mountain pass, at 9,000 feet. We stopped on top to have breakfast accompanied by hordes of mosquitoes. We even got phone service briefly from the top of the pass.

From the pass it was a pleasant rolling descent with great views of surrounding rocky mountain peaks and large lakes, including the curiously named Slag-a-melt Lake. From the lakes the trail rose to our second pass for the day at 9,100. The climbing up over a vertical trail at time was a little challenging. But this was easily offset by the fantastic surrounding views. The snowmelt was still occuring here with full streams rushing downhill. We stopped for lunch short of the summit. A beautiful high meadow covered in wildflowers and of the ever present mosquitoes. 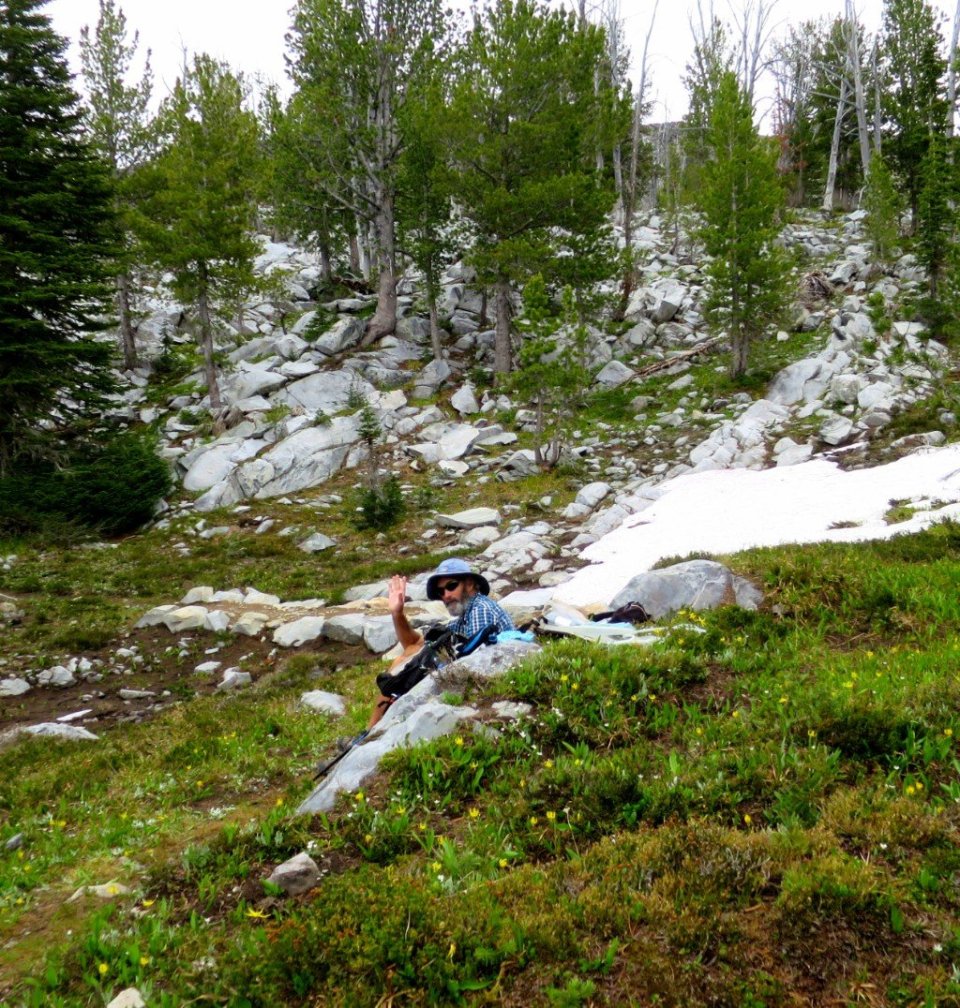 Over the top of the pass after lunch was a glacial morain field. It was such a surprise, towering craggy mountain peaks with waves of rock rubble sitting at the base. Residual snow added to the grand appearance. It was a visual feast on a grand scale. The purgatory of hiking yesterdays vertical monstrosities in the Sheep River gully was well and truly redeemed.

We descended past the waves of rubble, their height was enormous, 2 to 3 stories high with a capping of snow. Quite incredible.

The third pass of the day was not a problem. But the 4th pass at 9200 feet, was a bit more sketchy with quite a bit of snow covering the trail near the top. This meant a vertical rock scramble to avoid walking on snow. It was slow going. It was very satisfying to teach the top and take in the the majestic ancient glacial valley views with emerald green lakes in the valley in front of us.

From the pass we descended for 5 miles following a creek. It was steep and snow covered at first and then leveled off past the Rock Island Lakes for a long descent. There was only the sound of running water and our footsteps for a few hours.

It was a very warm afternoon and Hammer was falling further and further behind. He was struggling to keep going so we stopped for a regroup. This seemed to work. We still had one more pass before we descended to our campspot for the day. It was late afternoon, mosquitos were getting quite vicious and this last pass really made us suffer. It was a 2 mile long 2,000 foot ascent which was newly constructed. Switchbacks were added and they were neverending. And unlike the previous passes this one was all through tall pine forest. We had hoped that after all that there may have been a view from the top. 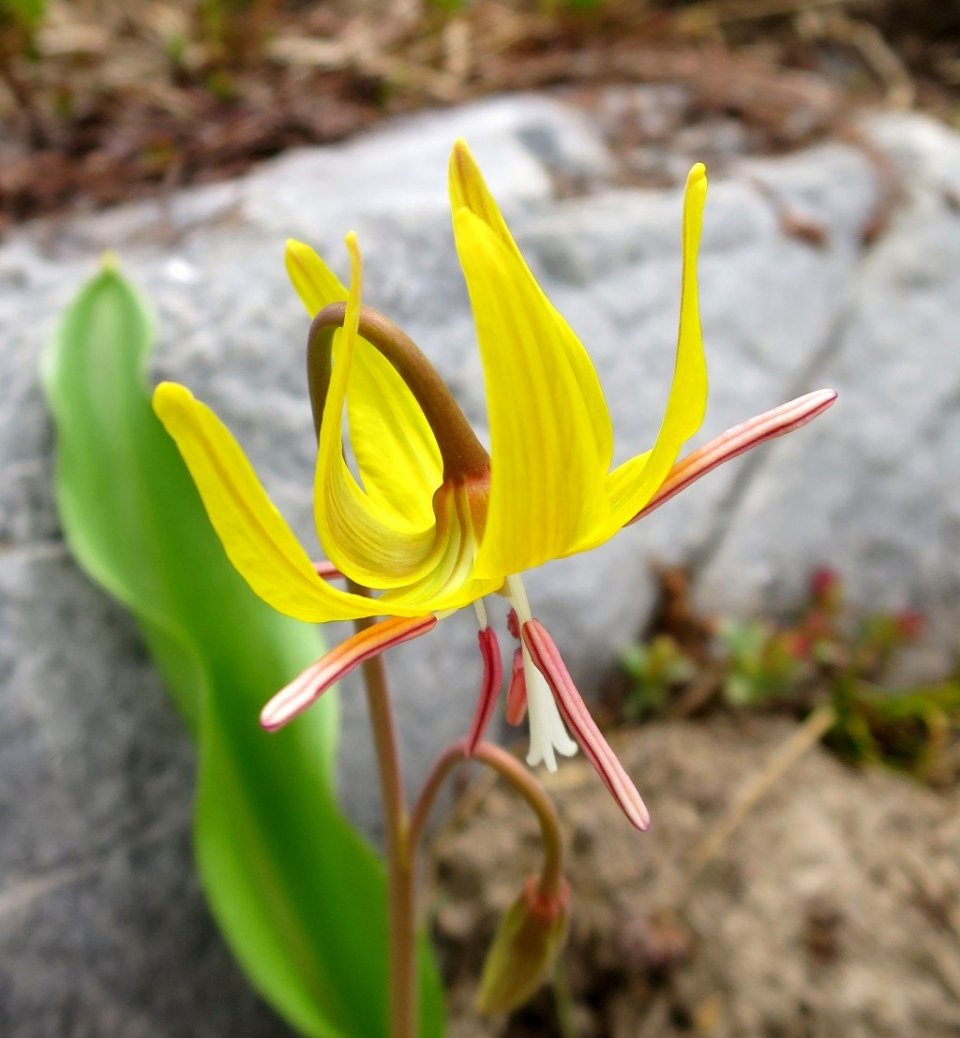 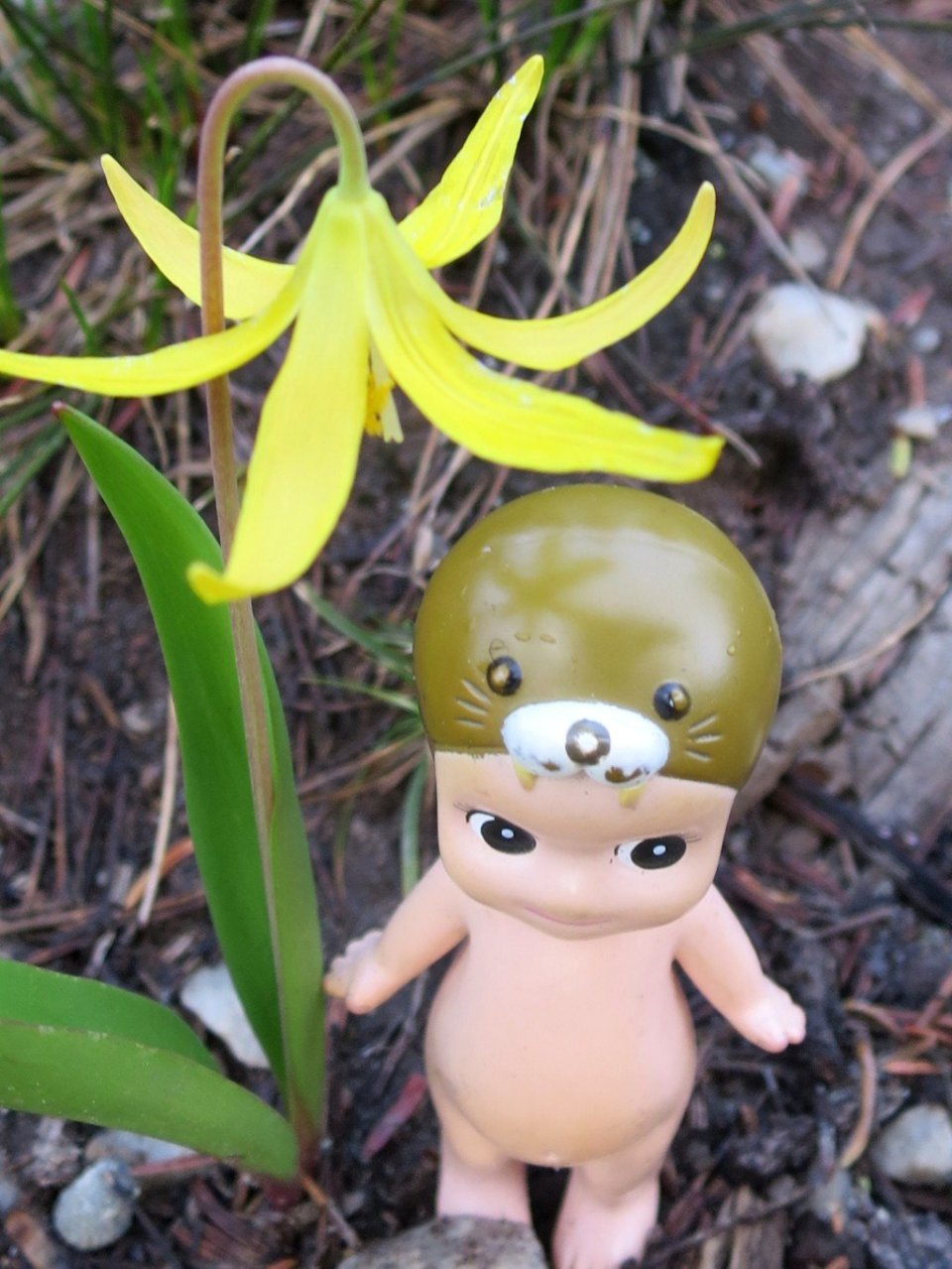 The summit of the pass was completely forested. I guess we’d been spoilt by the grandeur of the preceding landscape. We descended through the pine forest and stopped earlier then planned. We were shattered. While setting up the tent, mosquitoes extracted a blood donation from both of us.