Helena is the capital of Montana. Last night on the way to the supermarket we walked past what I initially thought was a huge mosque. It had all the elements of Moorish design, the turret, the shape of the windows and the brickwork design. It was such a surprise to see that it was the towns Civic Centre. Thanks to Wikipidea I learnt that it was built in 1919 and is known as the Algeria Shrine Temple. The building served as a meeting hall for the Algeria Shriners and is listed on the National Register of Historic Places. The Shriners are a bit like the Masons – thank you Wikipidea for the education.

Yesterday afternoon, I think I went through a cognitive shift in my attitude towards this trail. All along Hammer has embraced it for what it is and he is happy to take it as it comes. I, on the other hand, have had a quite a few days of just wanting to quit. I think that I have had a subconscious expectation that it will be more like the PCT, a walk in nature where hard work was almost always rewarded, whether it be a stunning floral display or an awe inspiring landscape. I knew the CDT would be different and after nearly 60 days on trail I am finally accepting that difference. I think I’m ready to ’embrace the brutality’ and learn the lessons that this trail has to teach me.

We checked out of the motel mid-morning and walked a block down to a cafe for breakfast. It was a beautiful warm summery day in Helena. The barista at the Fire Tower Cafe said he had a famous Australian in the cafe not long ago. It was the lead singer from the 1980s band Men at Work, Colin Hay. He also ordered a cappuccino, the barista told me. So there you go, who would have thought, two famous Australians in the same coffee shop 😁. As we were leaving a hiker stopped for a chat. His trail name was Stokes, and he was meeting up with Emma (CoffeeBean) whom we started on trail with back in New Mexico. They are planning to go to the border and hike southbound. It would seem that just like us, people are trying to get the trail done in any way they can. 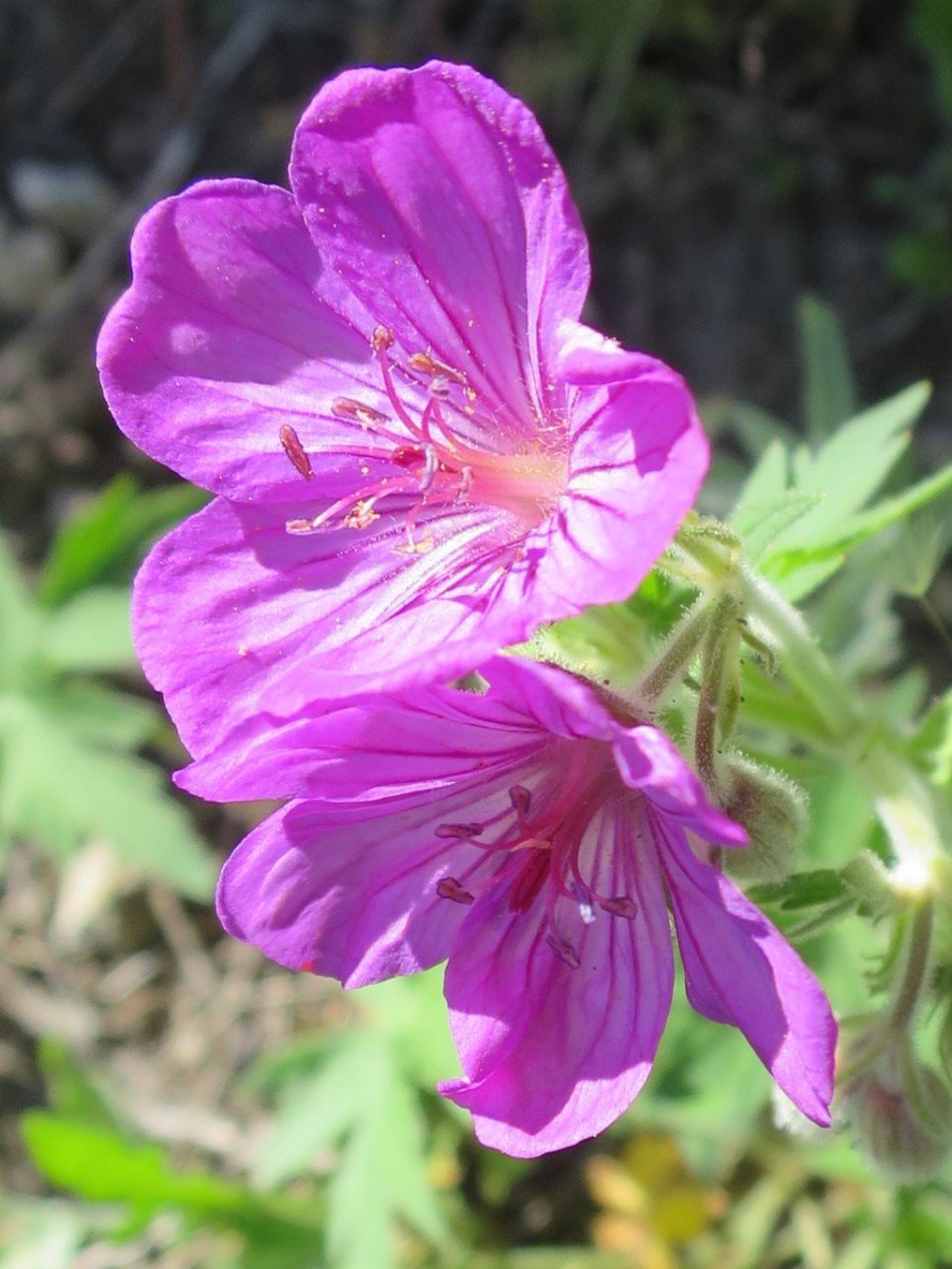 It was well after midday when we started to walk to the outskirts of town to hitch a ride to McDonald Pass to rejoin the trail. It did not take that long to get a ride. Dave, who is a local firefighter, picked us up. It was encouraging to learn from Dave that the mountain pine beetle infestation, which has devasted local forests, has run its course and forests are beginning to recover, although it will take a long time. And in the meantime the dead trees are a huge fire risk. 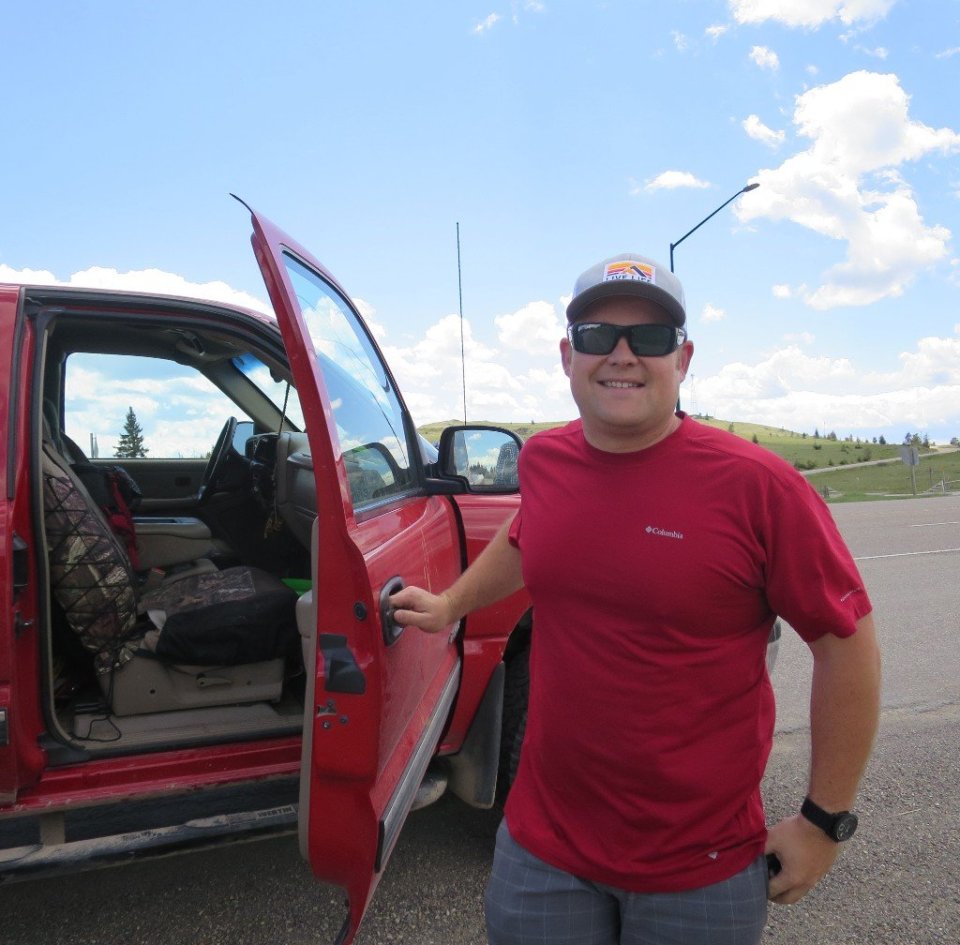 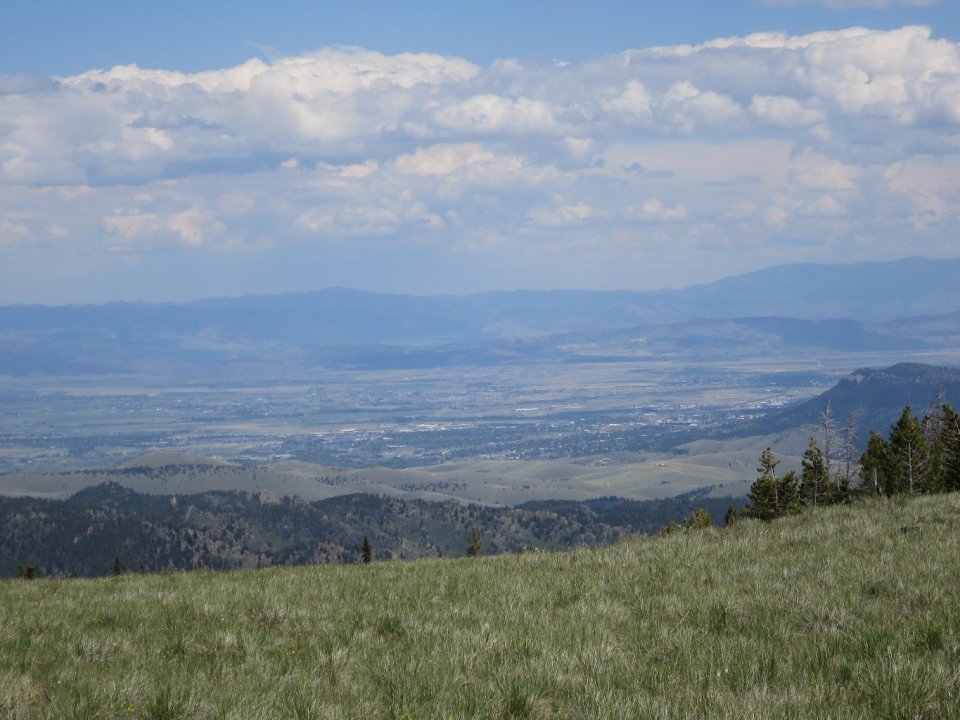 Dave dropped us off just after 1pm and we started the 1,000 foot climb to the top of the hill overlooking the town. It was beautiful hiking temperature and we felt refreshed and re-energise.

The trail undulated through beautiful spring flower covered areas. It was a joy to hike through. By late afternoon the shafts of sunlight would illuminate the yellows and the purples of the blooms. It was quite beautiful. 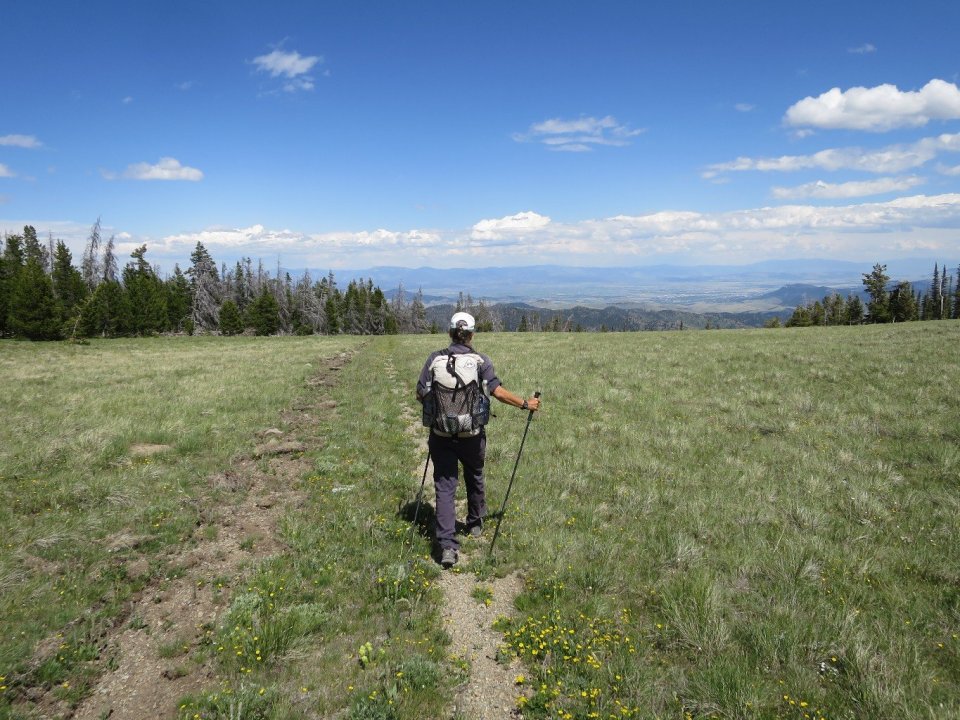 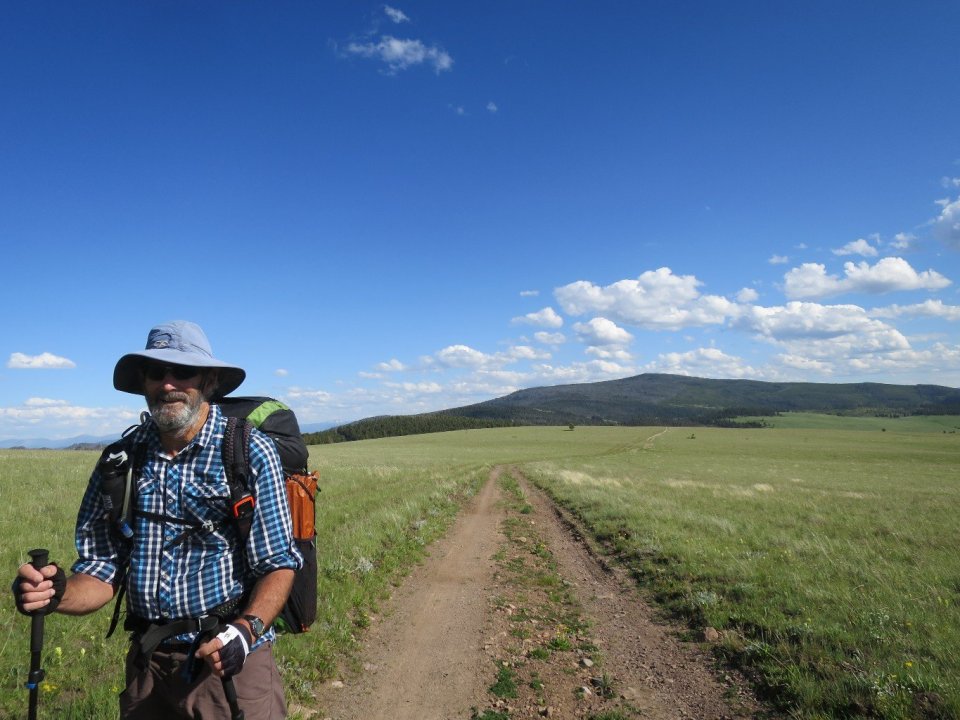 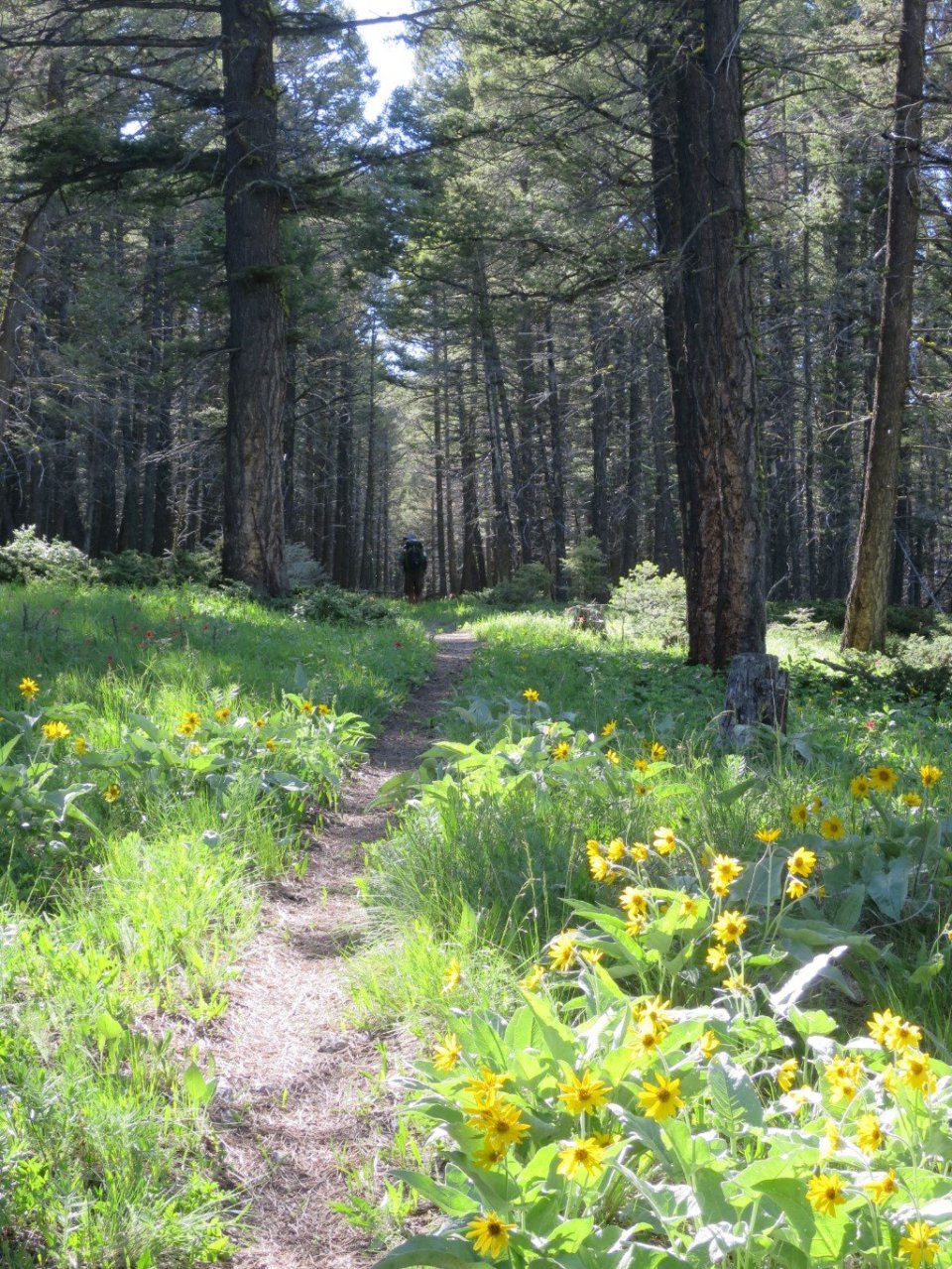 We passed an abandoned mine with derelict building lying in a pile of rubble. Further along it was such a surprise to see huge trusses of an old railway bridge. Somewhere down in the valley below there is an active railway line with frequent trains passing through. 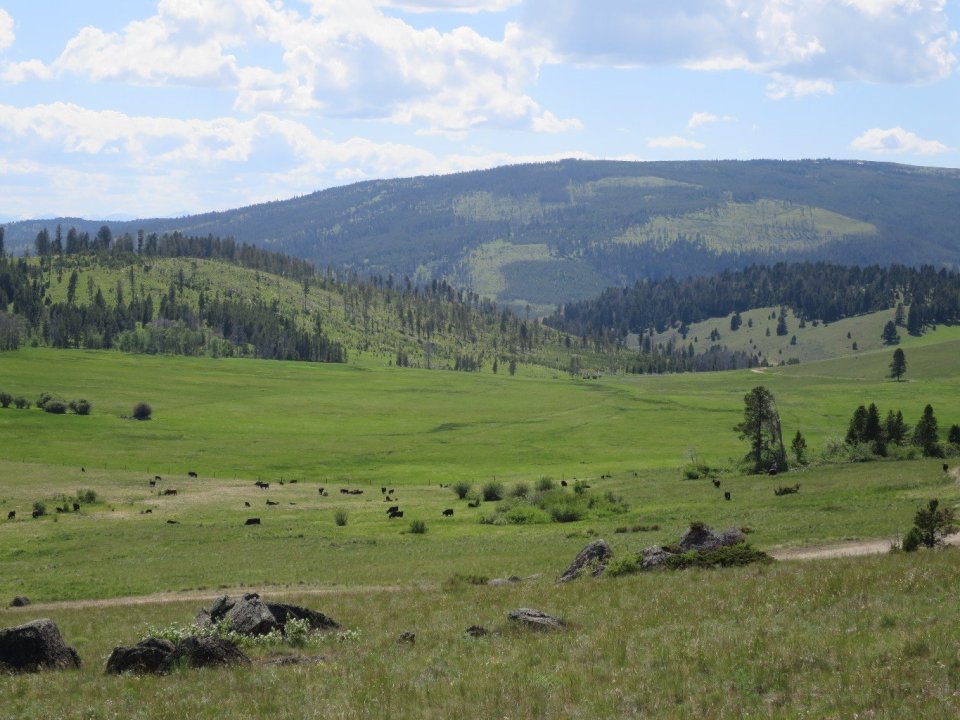 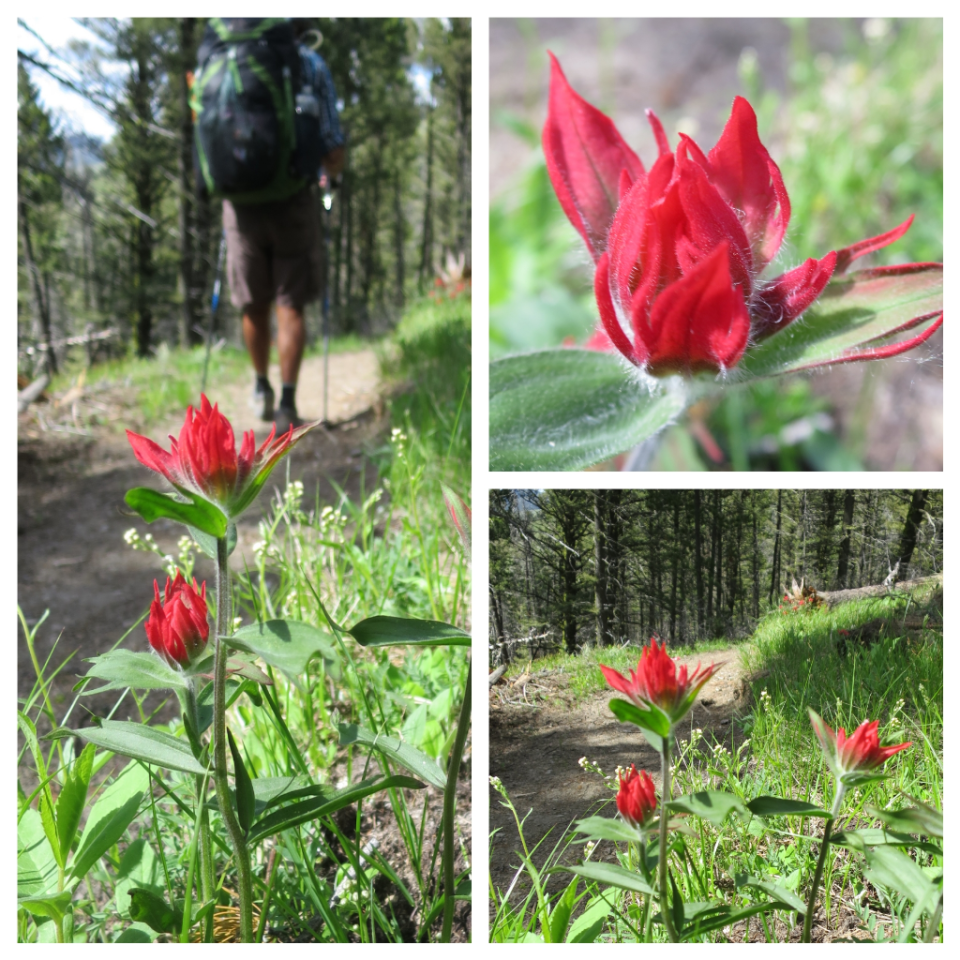 We had intended to get some water at a spring indicated in the hiker comments in Guthook but not shown on the map. This area, around mile 2662.5 was probably the most confusing section on the CDT so far. We spent close to an hour trying to work out which route to follow. It was only when we eventually found the spring that we could see that there were two CDT marked routes in addition to a few jeep tracks. The trail markings were more obvious to southbound hikers.

By the time Hammer finished filtering water, a cold wind had sprung up. We decided to set up camp as soon as we found a relatively sheltered spot.

The tent is sitting in a field of flowers. As much as I hate even stepping on the flowers, we had little choice. The smell released from the vegetation around is delightful. Such a nice end to the day.

6 thoughts on “FIELD OF FLOWERS”