After we got all our usual coming off trail chores done yesterday we realised that to resupply was a problem as we really didn’t know how much of the CDT trail north of Dubois was accessible. So we decided to stay another day in town and do some further research on trail conditions further north.

In the morning it was nice not to have to rush to pack up. I walked across the street and got a great coffee from the Blue Coyote Cafe which surprisingly opens at 5.30 am. Such a treat to come back to the motel room, go back to bed, have my coffee and have a leisurely catchup on emails and posts from friends I’ve not had time to read before. It was a beautiful and warm morning.

After a late breakfast we walked through town to see if any hikers were staying at the St Thomas Church where cyclist are given accomodation. It was such a surprise to find not only a hiker we knew, Nascar but also to meet up with Kris and Amelie, the French cyclists we last saw on York Ranch Rd coming out of Pietown. It was a lovely reunion – we’ve all been through so much in between.

The morning sped by fast, catching up on what happened since the last time our paths crossed. By lunchtime Kris and Amelie cycled off to make some inroads into the huge climb of Togwotee Pass north of Dubois and we made plans to meet up for dinner with Nascar hoping that Sully and Shiloh would also make it to town by dinnertime.

The afternoon was spent doing online research and making phone calls to local rangers. It seems that Brooks Lake area where the CDT trail goes north of Dubois is still under quite a bit of snow. And Grizzlie mums with new cubs were coming down to the lower slopes to escape the aggression of the males. And a bit further north, a section of trail through Yellowstone around Hart Lake is closed till June 30 for bear management activities. That did not leave many options for rejoining the trail nearby. So we will be skipping, again, this time to Butte Montana to hike the last 400 or so miles of the CDT to the Canadian border. We will then come back southbound through Yellowstone and be back in Dubois in about 6 weeks time.

So with that settled, we were heading out to do some grocery shopping. Outside our motel door were some deer feeding. We were watching them for a bit they seemed so at ease grazing around the motel lawns. A car leaving the motel stopped and the driver asked us how we liked their resident deer herd. We started up a conversation and soon Kim, the motel proprietors partner had offered to show us parts of the local area we could never have seen from the road.

And wow is this area rich in natural assets. We drove out past the three lakes and out to the Lake Louise trailhead. We looked for the big horn sheep which are being intensely studied in the nearby Whiskey Mountains but we didnt see any.

We went over to the other side of the valley and saw the painted rocks of the Badlands canyons. And then Kim showed us the town overlook. It was so indescribably beautiful – how different the landscape looked from high up compared to what was already a very impressive landscape from our vantage point on the road. It is difficult to capture in photographs. There is so much more to this area.

We have already decided that we will come back another time to do some hiking up into the mountains. What a special treat to spend a few hours with Kim and see a new aspect to the local landscape and also to learn a little about her background. 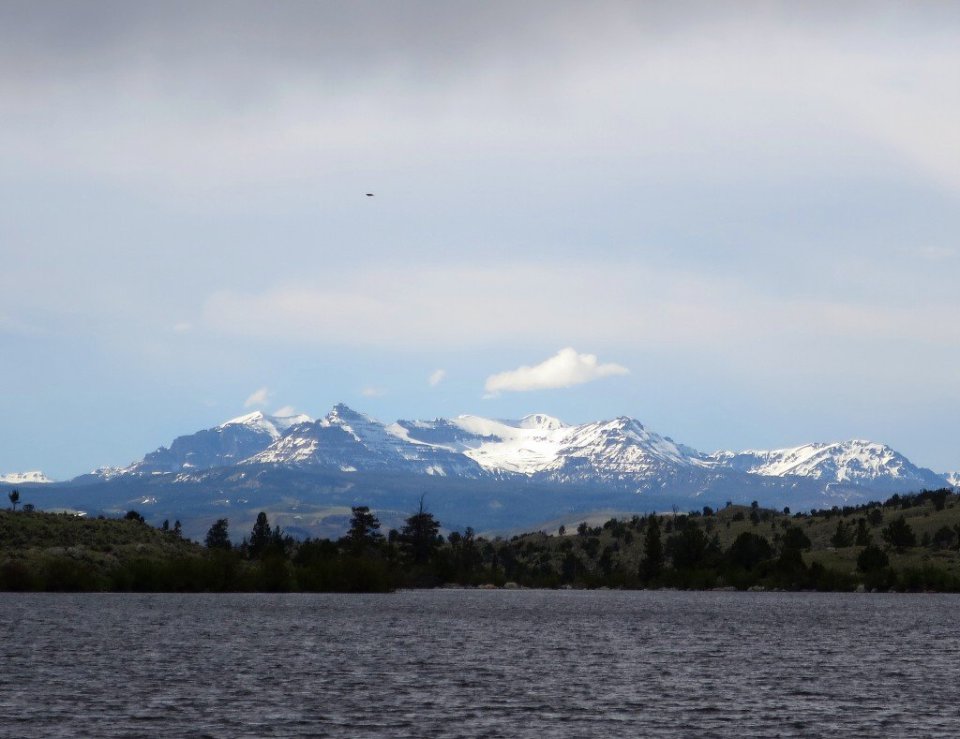 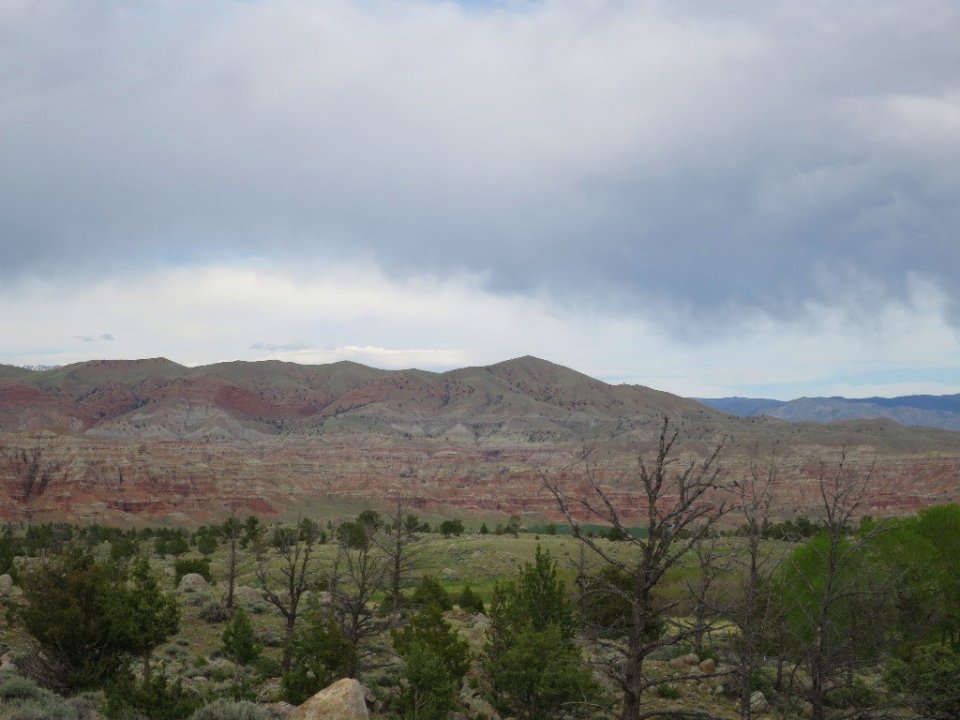 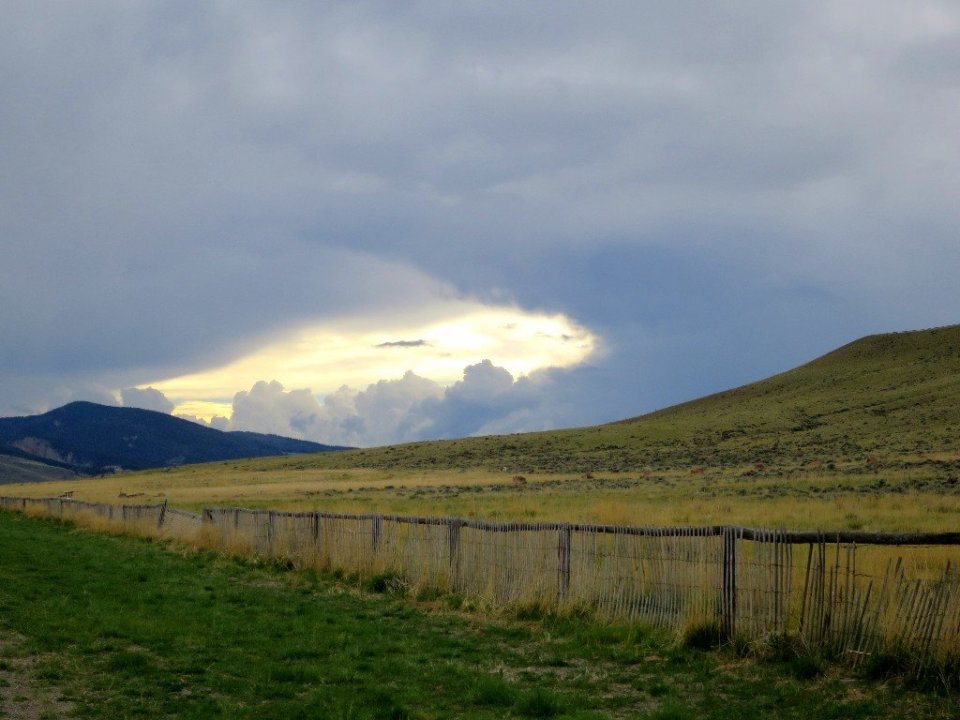 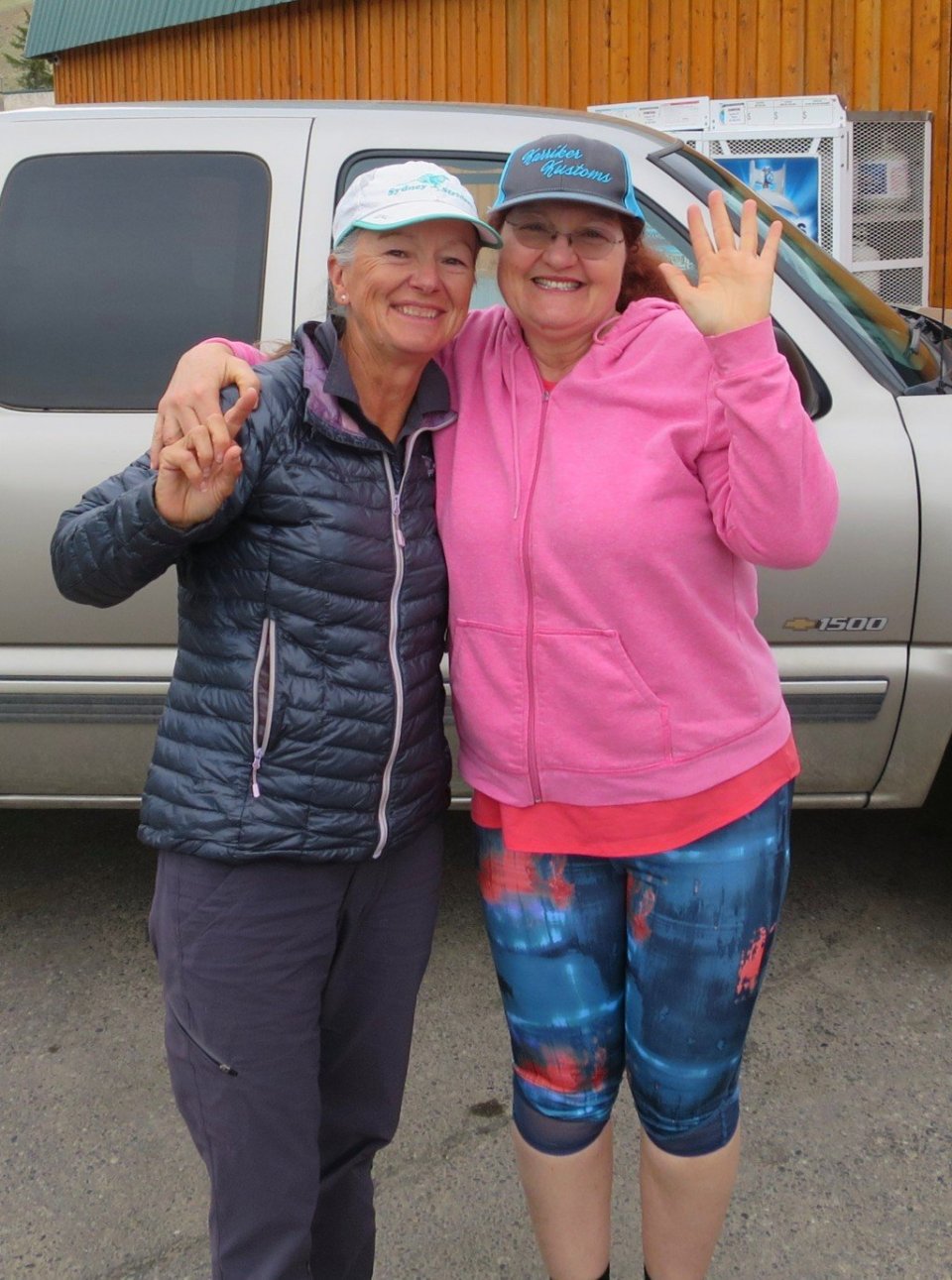 The day just seemed to have flown by. Kim dropped us off at the supermarket and we finished our grocery shopping before meeting up with Nascar for dinner. Everything seemed so rushed in the end. By dinnertime a lightening thunderstorm had rolled through town. Nascar got a message from Sully, she was camped about 7 miles from town and Shiloh was a bit further back. Both should be in town tomorrow. It felt like an unexpectedly busy day. Not the usual zero.

← INTO DUBOISE
DUBOIS TO BUTTE →