It was a very windy start to our day of the last few crossings of the Wind River before we reach Dubois (pronounced DuBoyse, we were told). We had no phone service from the campsite but discovered a short period of connection after we started back on the road. The headwind was scouring cold and it prevented me being able to use the phone. Accomodation booking will just have to wait till we are in town, about 19 miles away.

The wind was blowing straight off the snowy peaks we were walking towards. Not a good sign for snowmelt we were hoping for. 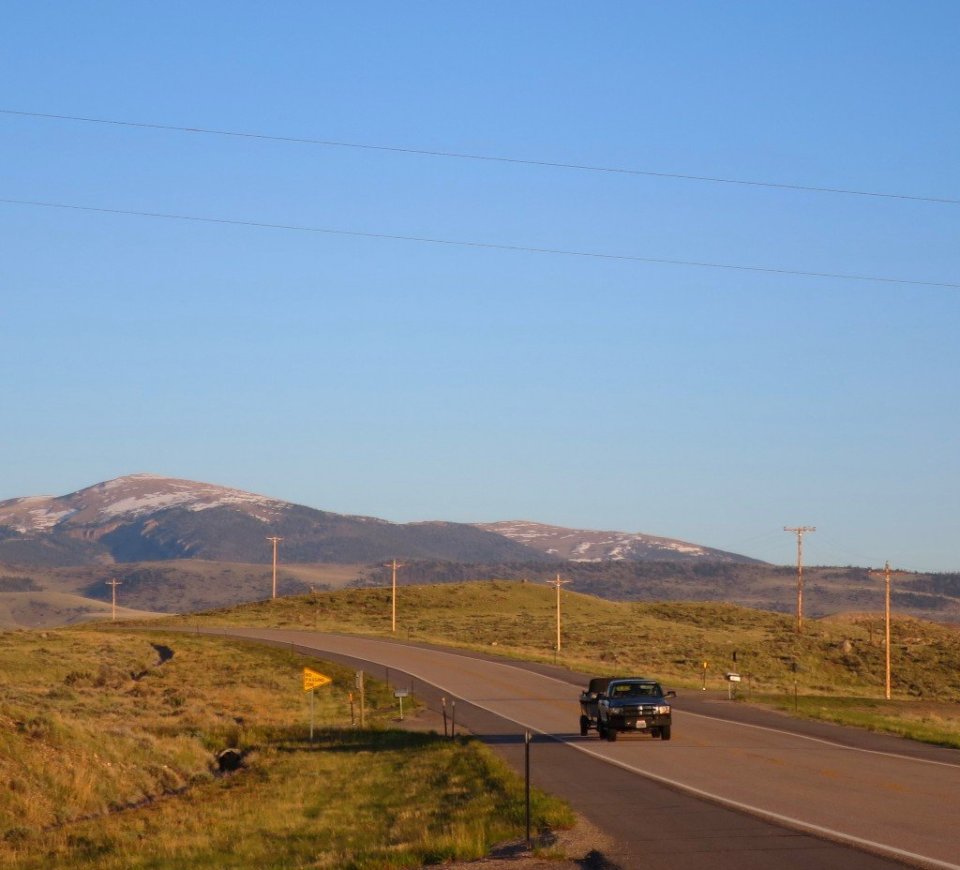 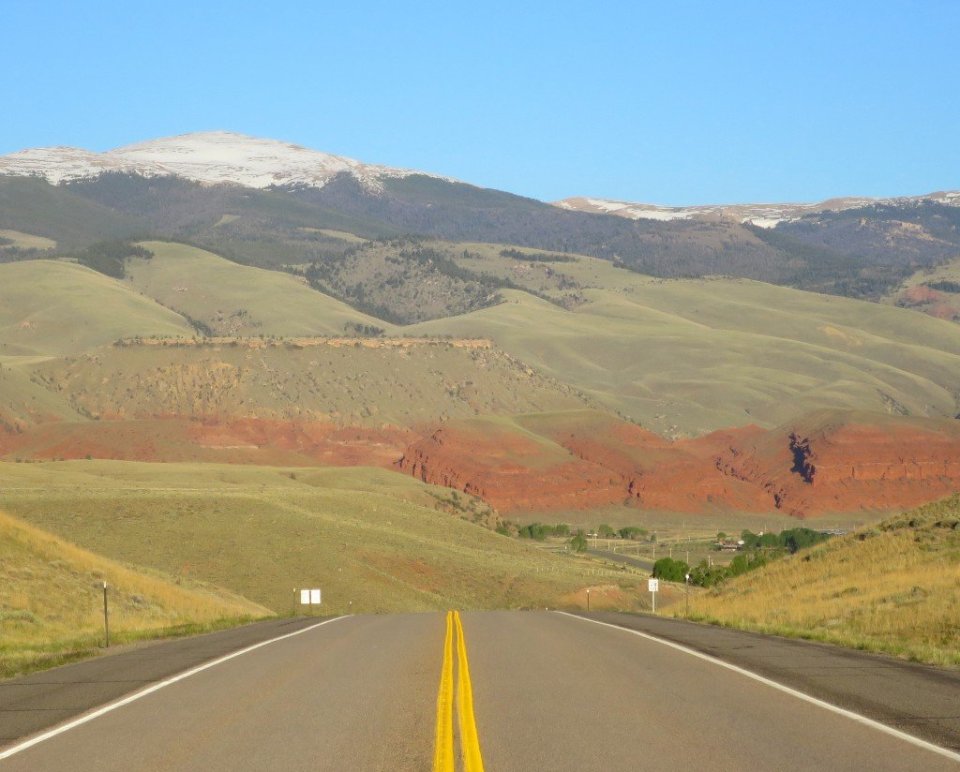 Despite the cold wind, the morning hiking can only be described as gobsmacking beautiful. Clear blue sky, red rocks and horizontal layered painted cliffs were reminiscent of the red rock landscapes around Sonora in Arizona. For the first few hours we had it all to ourselves. There was little traffic and we were awestruck. It was slow progress through here as I kept stopping to take photos. 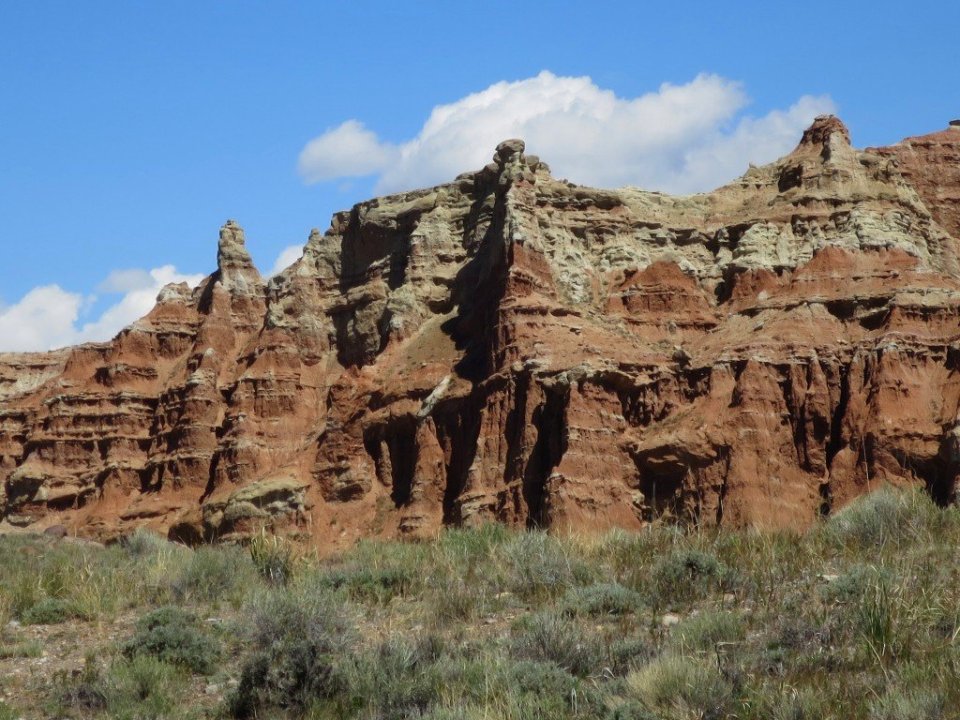 Another Bike Non Stop USA racer came towards us and stopped for a chat. He was loving this section, for him it was downhill with a tailwind, what’s not to love. His name was Don and he cycled 6000 miles around the eastern, southern and western edges of the country to join this race in Portlant, Oregon. He is raising money for children who are mobility impaired (One Step Ahead Foundation). Shame we couldn’t talk more, he was such an interesting character.

By mid-morning the wind had eased and while the roadwalking was still enjoyable we were beginning to flag a little.

We passed a new museum being developed and hoped we were not far from town. Then we passed a new residential estate and again we hoped we were not far from town. I didn’t want to look at the map as I knew it would bring me down knowing how much further we had to go. When I finally looked at the map, it was even longer then I had pessimistically thought. Hammer was in the same headspace and we had both run out of water. The last few hours were by far the toughest of this longest ever roadwalk. 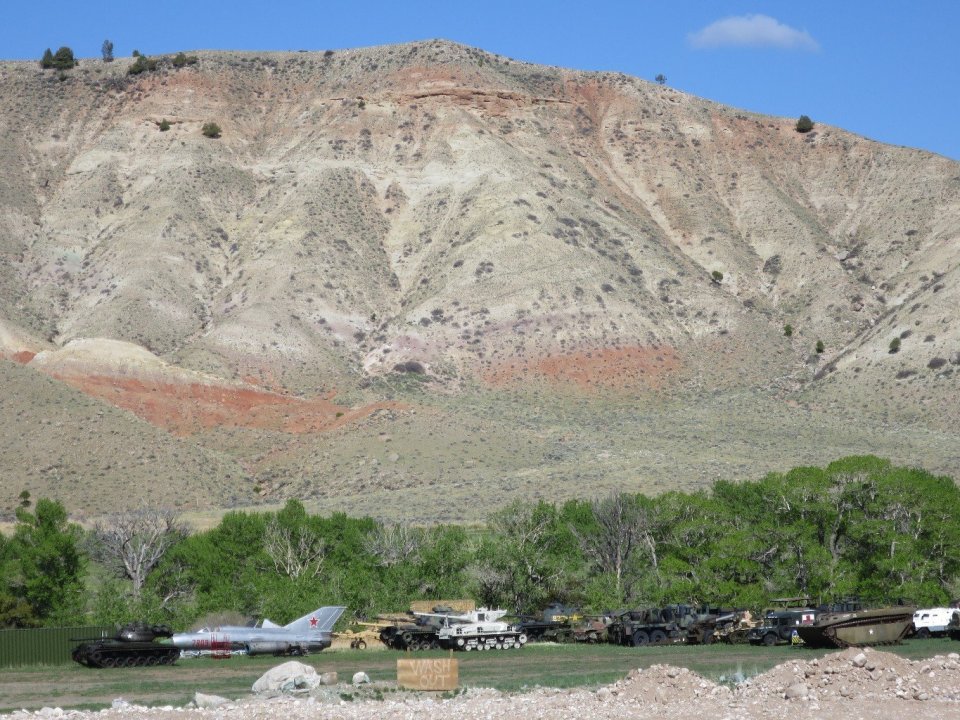 We were just at the entry to town when a car pulled over and called us to the window. He was kind of ordering us to get in the car and he would take us to his house to show us his paintings and then would drop us off in town. Hammer unbelievably almost said OK, we’ll walk around. I explained to the gentleman that we are compelled to walk every step into town and we are thirsty so that is where we are going. I was not only thirsty but tired and hangry and being polite was a bit of a trial. He drove away when Hammer promised we would look at his paintings. All very strange we thought.

We finally made it into town, 7 hours after leaving our roadside camp spot. Lunch at the Cowboy Cafe fixed everything. An hour later we were on our way to our accomodation when the gentlemen returned, pulled up alongside and gave us bottles of water and invited us to stay at his house. Difficult to know what was going on. This time we firmly and politely refused and walked on. Very strange.

Accomodation sorted, laundry done and dinner venue chosen with the help of our hotel proprietor, now we just need to work out where to hike next. It seems that the trail north of Highway 26 crossing, about 35 miles from Dubois, is still under mountains of snow. Earliest opening prediction is June 16. 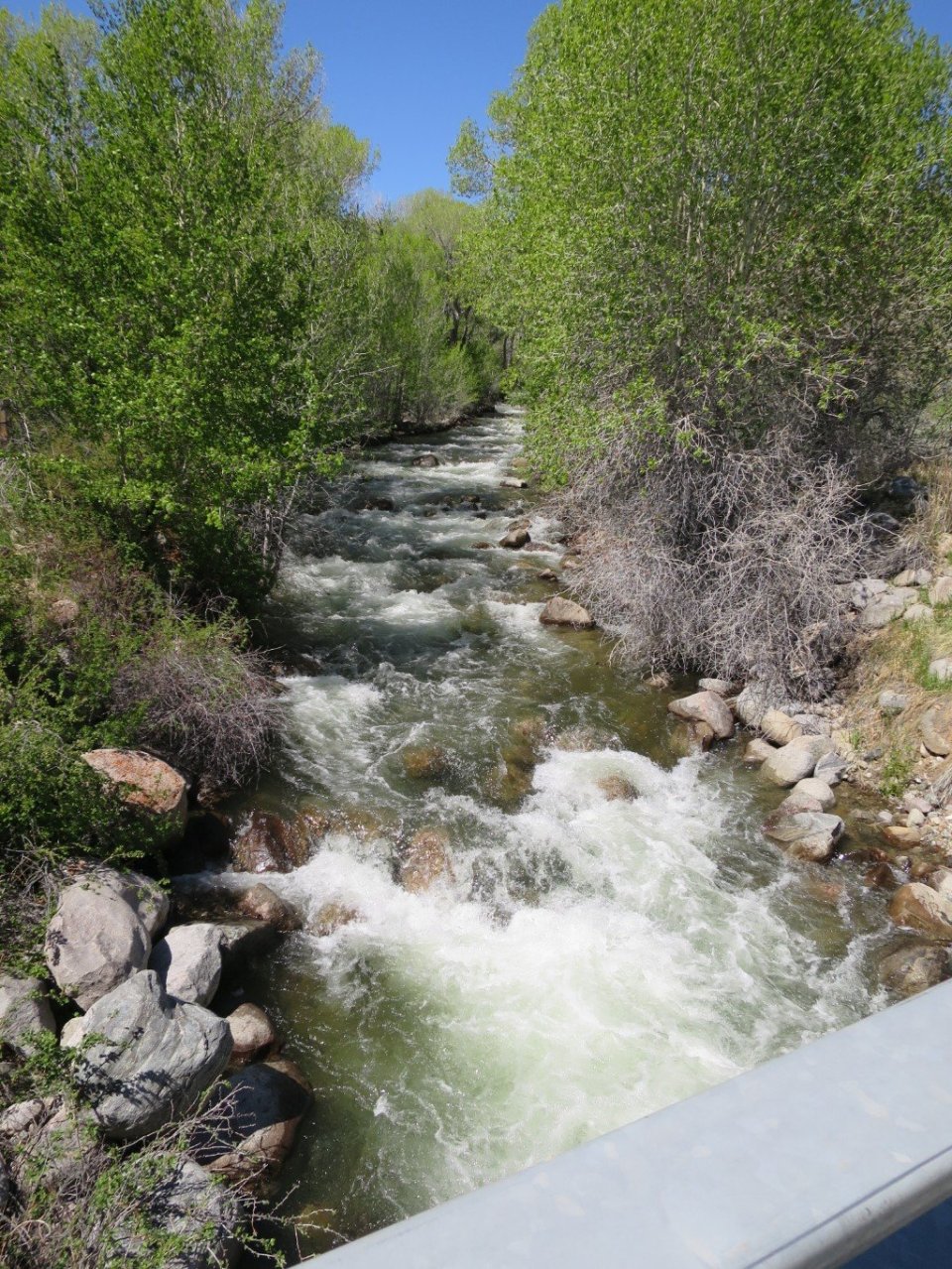 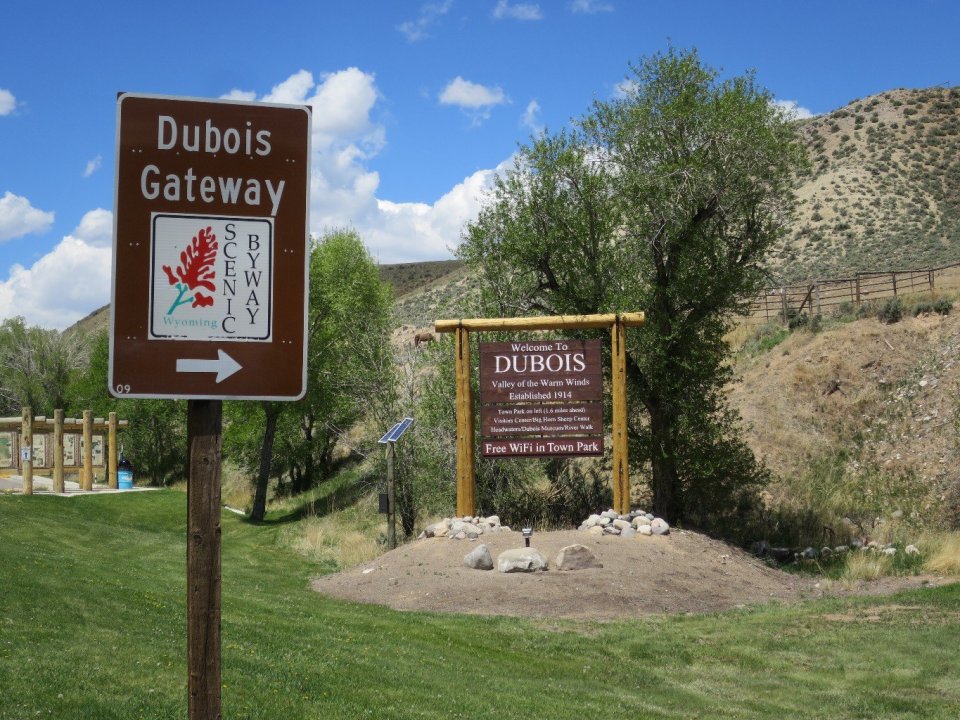