Today was all about learning to be comfortable with being uncomfortable. To start the day we had an 8km snowy mountain top traverse above 10, 000 feet.

We broke camp and were on our way at 5am. The aim was to cover as much ground while the snow was firm. Luckily we had plenty of tracks to follow. While it was cold it was not as cold as we expected. It was beautiful to walk in the dark with just the crunch of our feet on the snow. The moon was covered by clouds and everyone now and then would shine through. It was low in the sky and we didn’t see much of it. Within an hour our feet were getting a little wet but manageable. 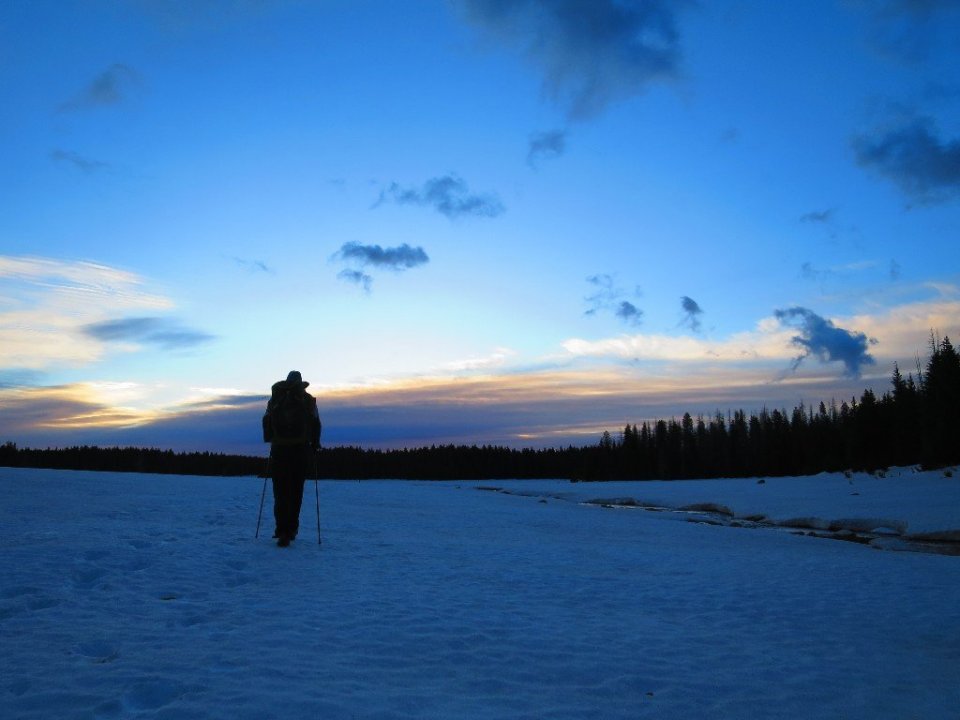 We had on our neoprene socks and they worked well at keeping our feet relatively warm while wet, until a the creek crossings. The sunrise was colouring a band of dark cloud on the horizon and as the morning progressed the cloud increased. We crossed a couple of flowing creeks on snow bridges. The largest creek was flowing though a beautiful meadow which was completely snow covered.

There was no way to avoid wet feet. The surface of the creek was frozen and Hammer went first to break the ice. As soon as I stepped in the icy cold water filled my shoes. By the time I made it across the creek and onto the other side my feet were like ice blocks. Painfully cold, but interestingly they got so cold and then they don’t get any colder. And so it doesn’t get any worse and it becomes almost bearable. 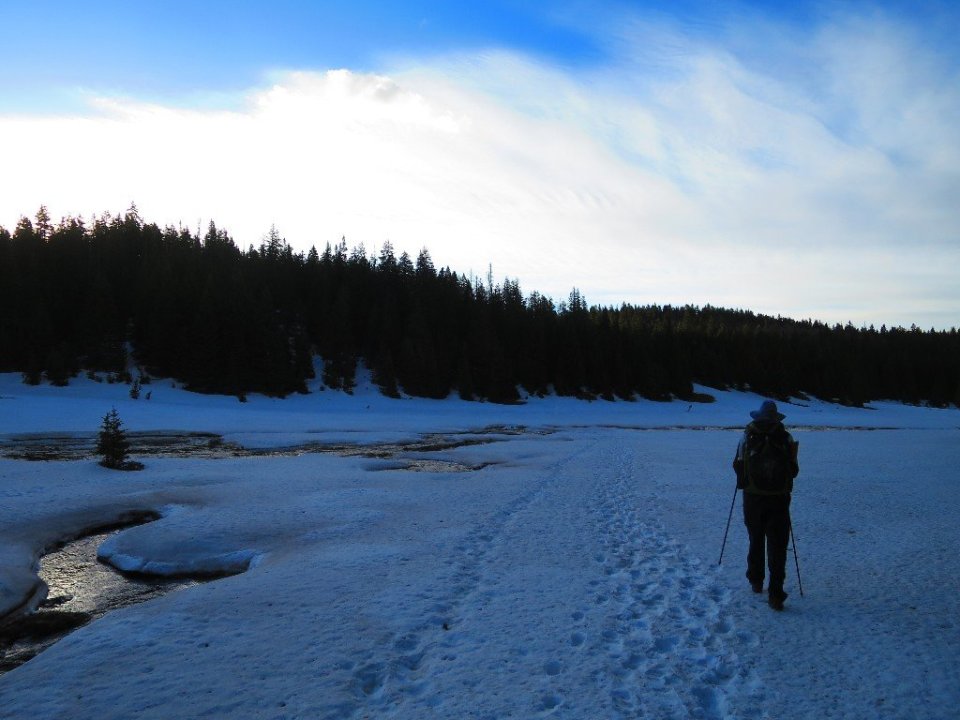 We got moving fairly quickly hoping that movement will bring some blood back. It was slow progress with some postholing. I wondered what this mountain top would look like with out snow. It has a long flat dome shaped top which we traversed for what felt like hours before finally starting to descend. It took nearly five hours of slow progress before the snow started to thin out.

The north side of the mountain looked completely different to the approach side we saw yesterday afternoon.

It looked like a disaster zone. A lot of dead pines standing and lot of blowdowns to get around. Eventually we reached a plateau and a healthy pine forest. We had hoped to stop here to dry our feet but the sun remained elusive. Instead of sunshine it started to hail little pellets of ice. For the next couple of hours we hiked though very short sunny breaks with intermittent hail and a very cold wind which made it unpleasant to stop. Feet were still wet and cold when we stopped for lunch under a big pine tree for a bit of shelter. I changed into dry socks even though my shoes were still wet. Hammer was going to keep going in neoprene socks. The view to our left started to open up to a multicolored banded long cliffface making up what looked like a side wall to a canyon. Looking at my map I realised that the trail would take us up to and over that cliff-face. 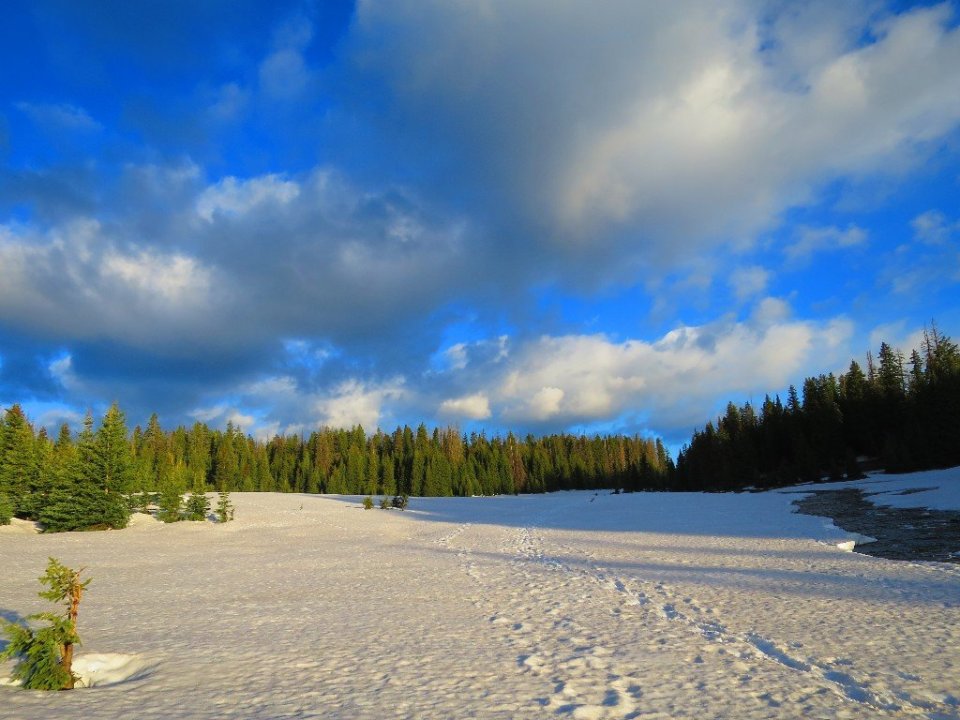 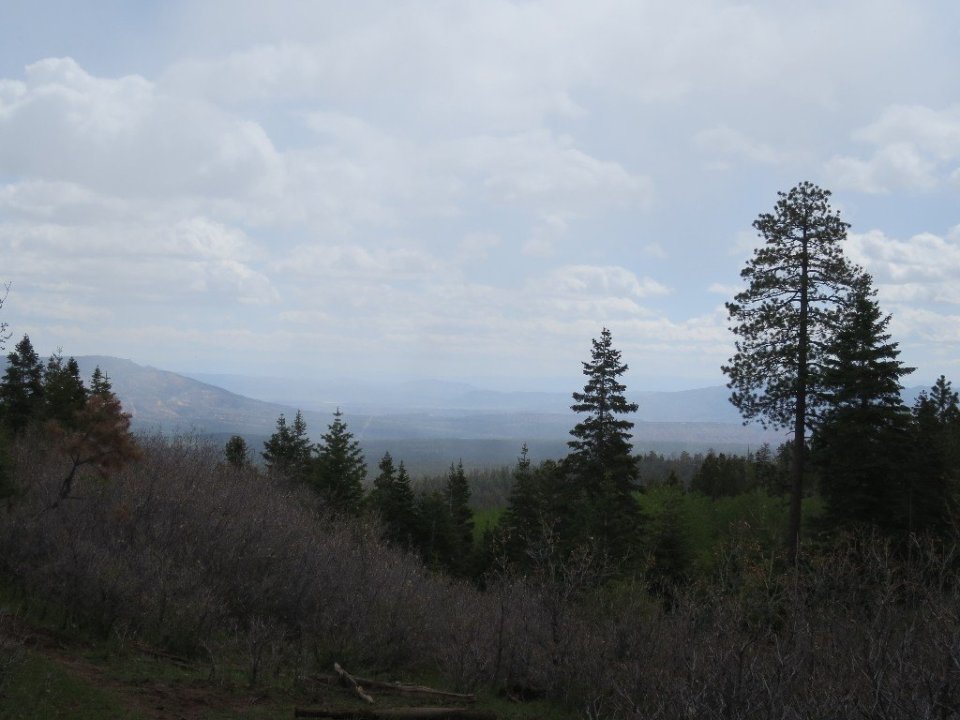 We were both tired before we even approached this climb. It was midafternoon and it just had to get done. We sat on the side of the trail and shared a Snickers bar, hoping that it would give us rocket power to get the climb done. Slowly we made our way up and as we got higher looking back we could see the snow covered mountain where we started this morning. It felt unreal that the landscape could change so much in one days walk. 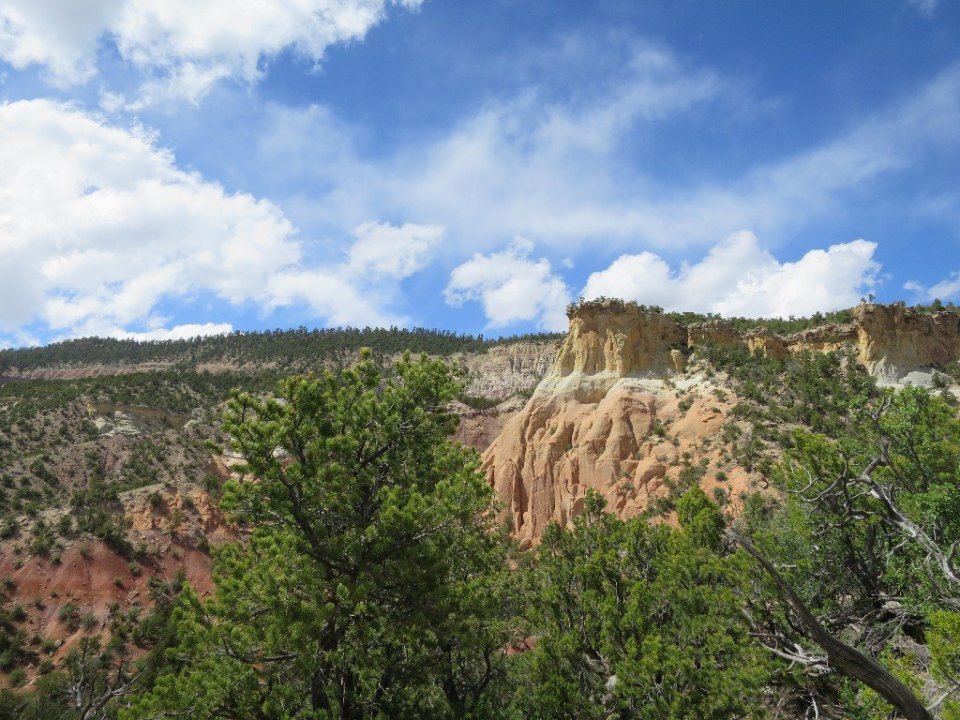 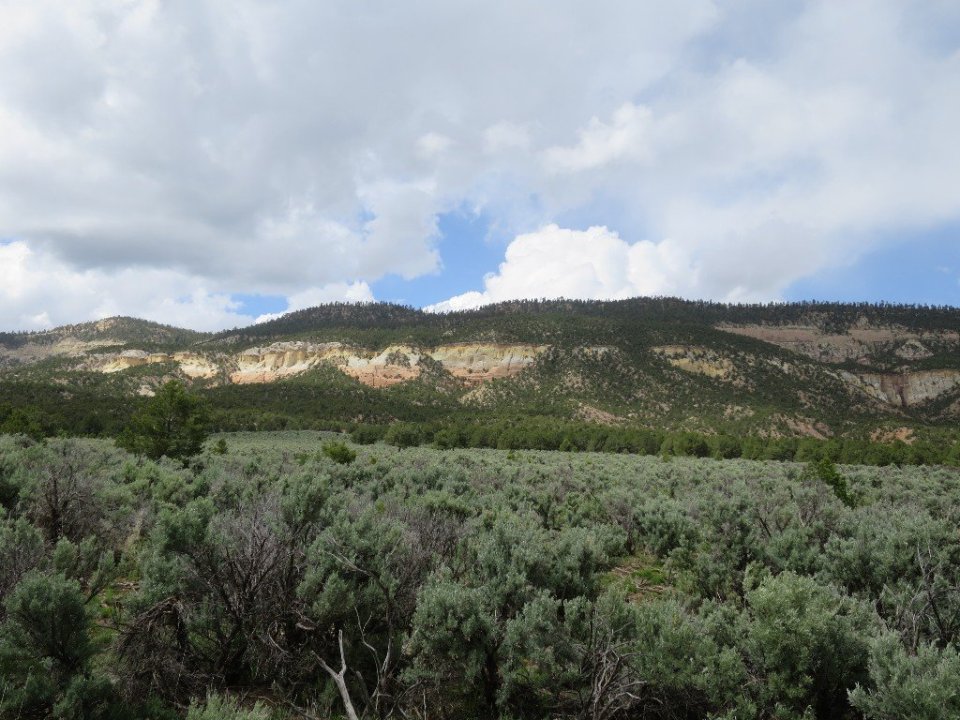 It was still cold but at least we were not being pelted by little balls of ice. We walked along the top and away from the cliff edge before following a forest road for a few miles. The surrounding forest looked like it had a recent fire. It took some time before we could find a flat spot, away from the burn area to camp on.

It was a tough, cold and very challenging day. But the day wasn’t without some rewards. Hammer found that leaving the snow and later seeing the painted cliffs in the distance the highlight of his day. And there were many little rewards here and there. 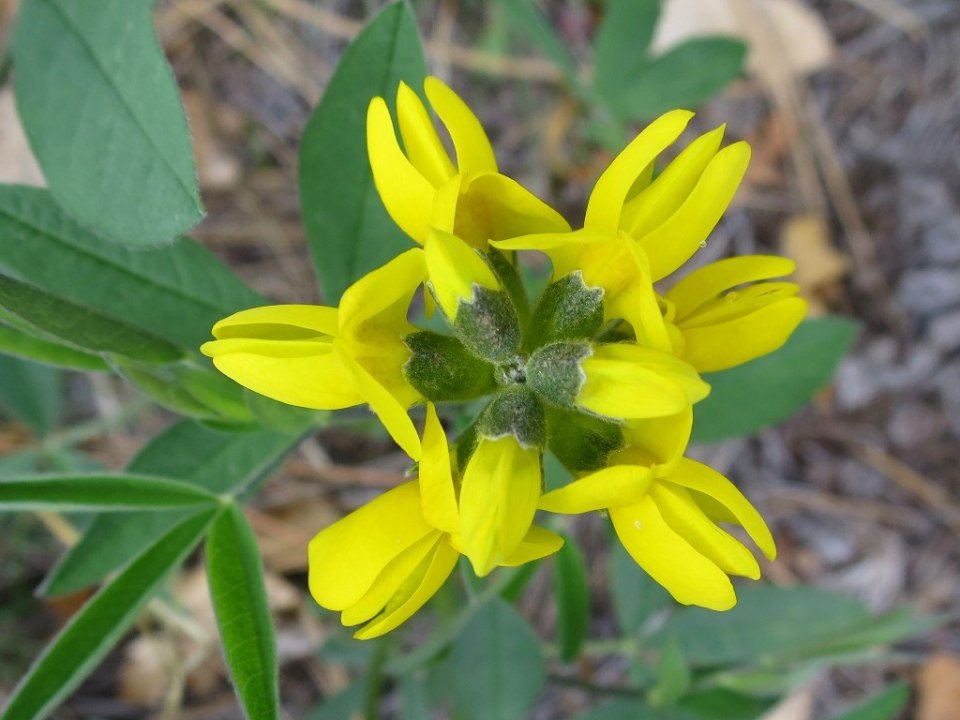