“Good luck Grandma and Grandpa” was our farewell from an old timer Cuban this morning. Say what? but he had already walked on. I wondered if it was my slouchy posture leaving town with a full pack for the next leg to Ghost Ranch. Arriving into a town is always easier then leaving.

We were late to leave as we waited for the Post Office to open and then we stayed on to have breakfast at the Cuban Cafe. Disappointingly our letter had not arrived and despite having a tracking number and being registered post it could not be tracked. So we have no way if knowing where it could be. So we decided to have breakfast and leave town. So glad we visited the Cuban Cafe. It is the first cafe on trail so far that had milkshakes. So chocolate milkshake cravings was finally satisfied. 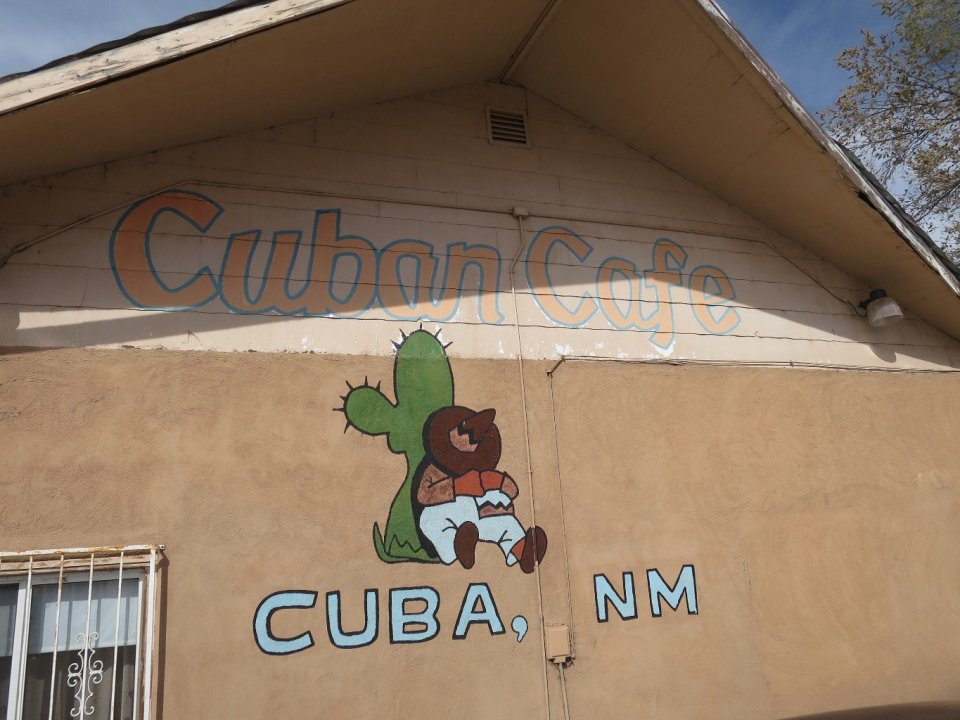 We stopped off at post office again on the way back to the motel and it would appear that the letter cannot be forwarded so we will have to come back when it arrives. The lovely post office assistant Mary gave us her contact details so we can call her for an update from along the trail. As we are exiting the trail in Chama, to flip north, we will have an opportunity to come back to Cuba.

With bellies full and packs loaded we left the motel at around 11am. We had an almost 10 mile road walk to reach the trailhead. The roadwalk was a mixture of bitumen and dirt road. As we left Cuba behind the landscape became very lush and green. It was a surprise to be hiking through such a green valley. The drainage lines and creeks were running full with snowmelt.

Turning back to look towards Cuba, we got another peak of the Nipple.

Just before reaching the trailhead another hiker caught up with us. We learnt her trail name is Waterfall and she is from Minnesota. We had seen her leave the motel just a bit before us. It was a relief to see her. A couple of miles earlier we passed a pickup hidden amongst the trees, its front doors were open but nobody was around. It looked strange and I got a little worried for Waterfall. So it was good to see she was OK. We left her at the trailhead and started the steepest part of the ascent. It was hard work which was made much easier by the surroundings. A healthy pine and aspen forest with the sound of rushing water could not be more different from the sandstone cliffs and dry landscape we were traversing on our approach to Cuba. At around 9 000 feet we started to encounter patches of snow. The snow covered increased as we continued to climb. We reached the top of the climb with slightly wet feet. We had planned to stop here and start the 8 mile snowy traverse early tomorrow morning when the snow is likely to be firmer. 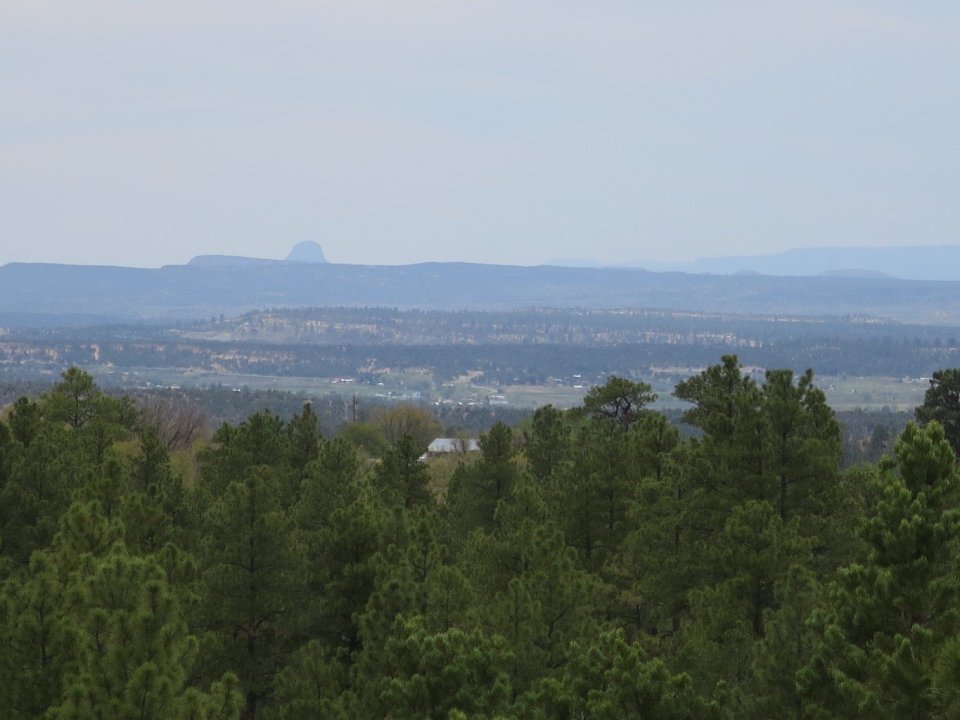 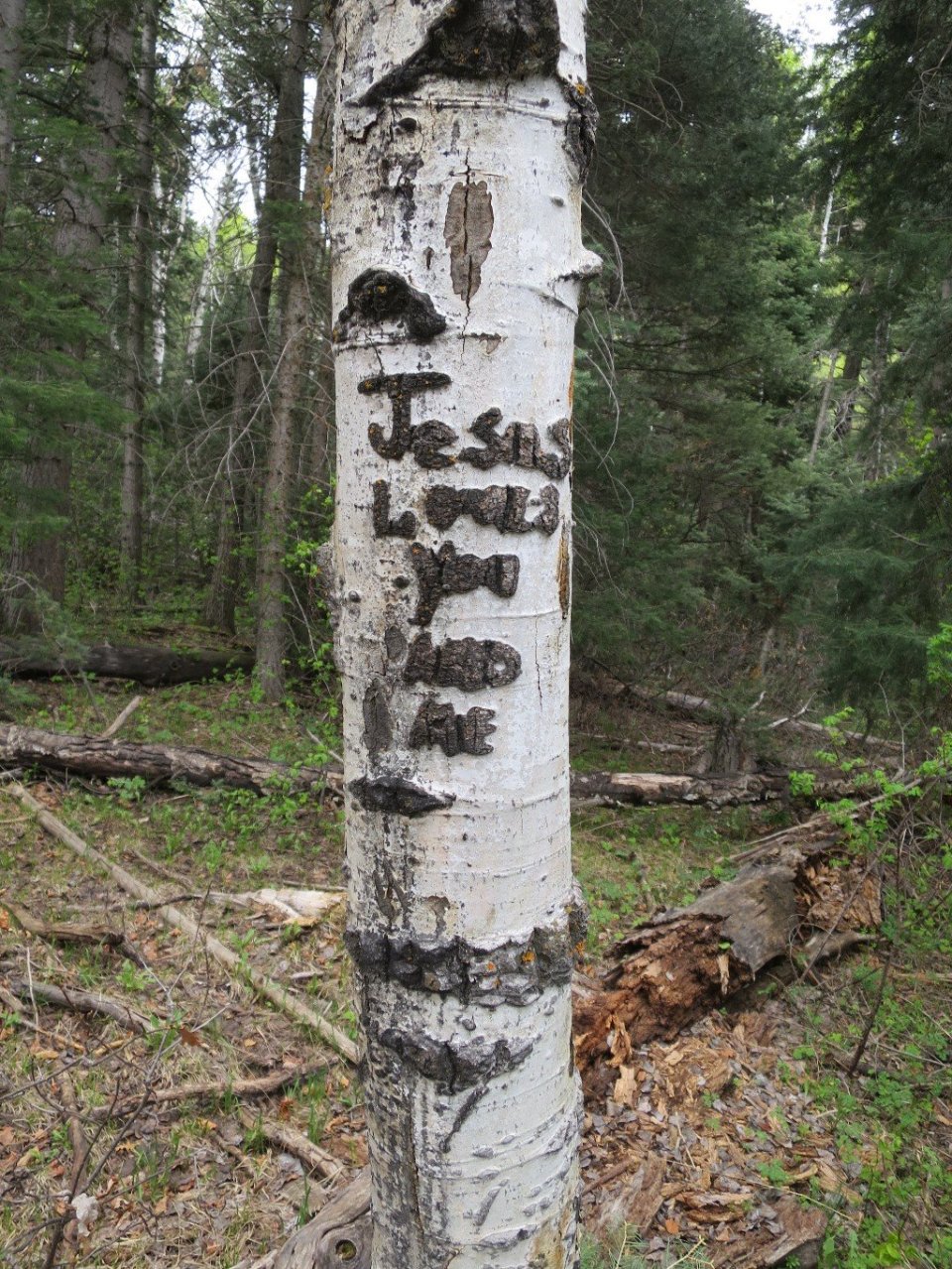 We camped at 10,200 feet in the San Pedro Mountains. Lots of snow about but we found a flat spot without any snow to pitch our tent. We were snug and warm and in our sleeping bags well before 5pm. It’s the earliest we had made camp so far on the CDT. 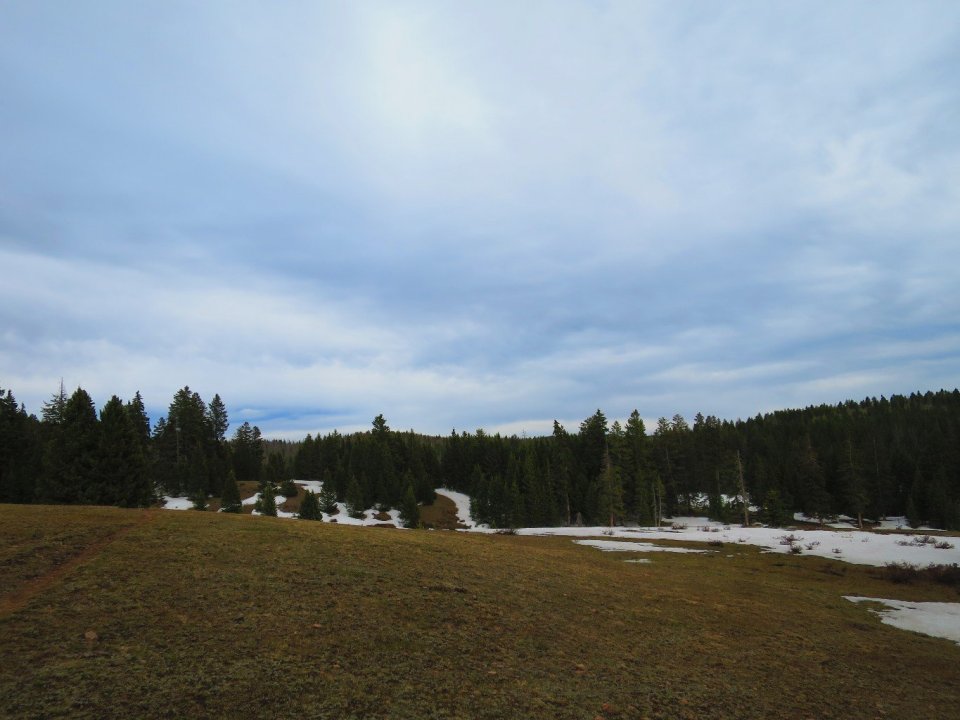