We slept really well and in the morning we luxuriated in the tent not having to go anywhere or do anything in a hurry. I was in search of good coffee so we eventually broke camp and stopped at the charming village of Tarraleah – home to Tasmanian Hydro. 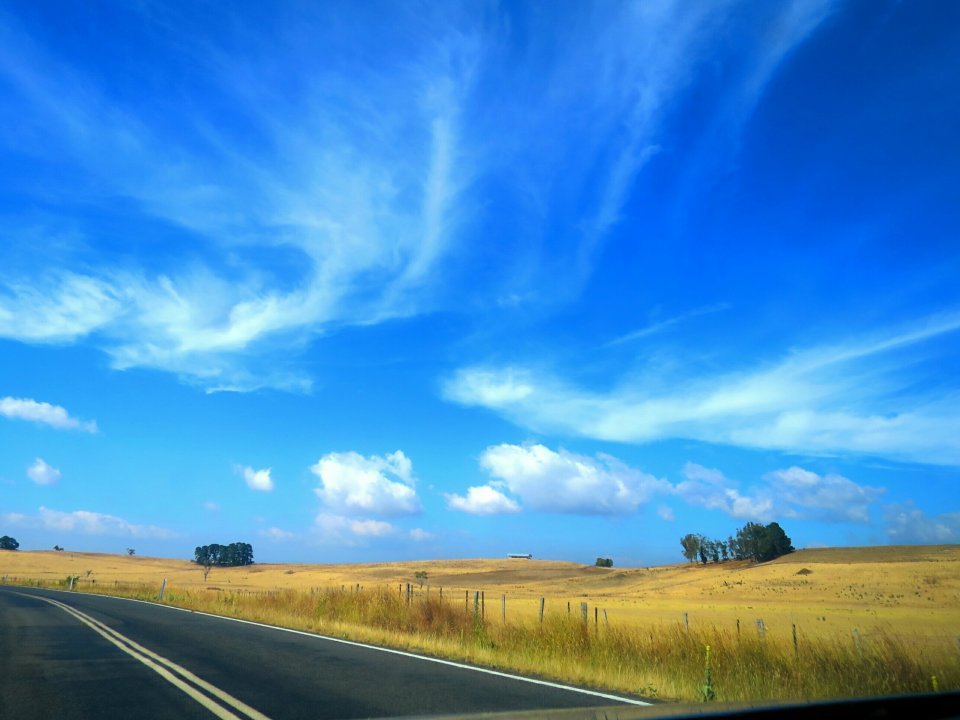 Now Tarraleah is run as a resort with workers cottages rented out for holiday stays. The café was open and the coffee was good. We spent a few hours looking at the displays celebrating “100 years of Hydro” in Tasmania. Such a magical spot now but it was a different story for the first wave of European migrants who came to work on the hydro scheme.

We got into Hobart in time for lunch and spent the rest of the afternoon preparing our resupply for the next hike – the South Coast Track. Showered and changed we walked to dinner at Dier Makr in Collins Street. We decided that 21 years cancer survivorship was worth celebrating – not that we needed an excuse. And what a great choice this turned out to be. The menu does not give much away and so does not excite the palate with expectations. Perhaps its better this way if you are not ravenously hungry and are happy to experiment. A small restaurant serving exciting new flavour combinations. Not every dish was a success and it may not be to everyone’s liking but there was much to excite the palate. 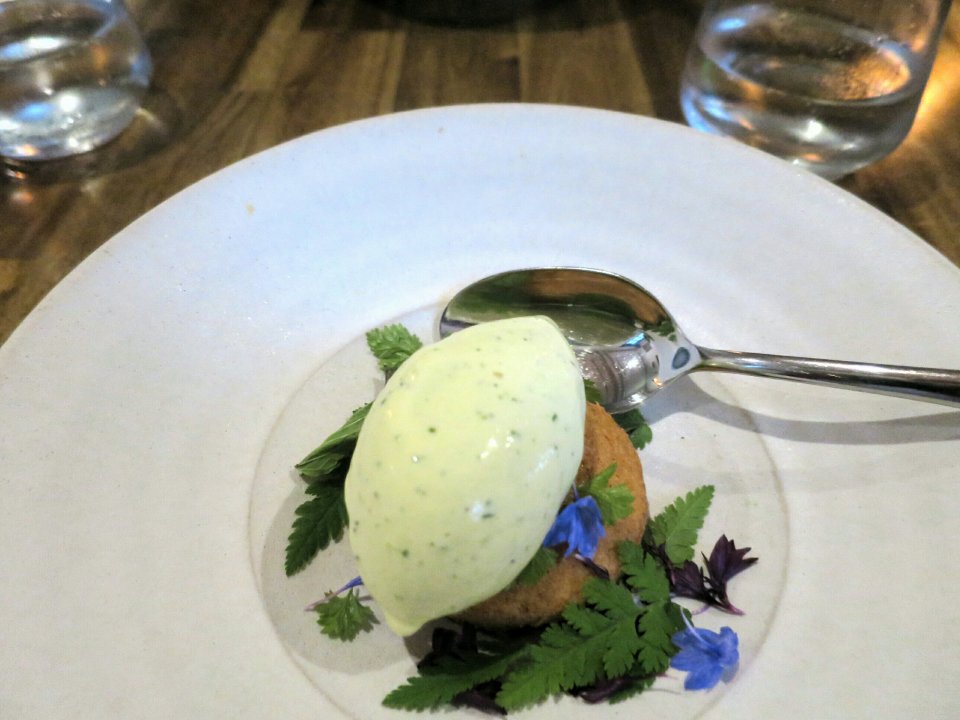 After dinner we walked the quite streets of Hobart on a warm summery night on our way back to our accommodation. A perfect end to the first two weeks of our Tasmania Take 2 tour.

Our hotel room looked like a disaster area this morning. I made a coffee and went back to bed unable to face the task of repacking our hiking supplies. We had planned a 10 day hike – a round trip starting on the Port Davey Track in the southwestern region of Tasmania and joining up with the South Coast Track at Melaleuca. The Port Davey Track is 70 km in length between Scotts Peak Road and Melaleuca. The South Coast Track is 85 kilometres in length between Melaleuca and Cockle Creek. As there are no roads to Melaleuca, walkers must either fly, sail or walk in and out. We thought that by joining the two tracks it would avoid the need to fly in or out of Melaleuca. Our plans may be thwarted by a reported wild fire burning north of the Port Davey Track. We were going to stop at the National Parks office in Huonville, on our way south to make enquiries about the safety of our proposed hike. Our preliminary research showed that the Port Davey Track was closed due to risks posed by the large Central Plateau fire and the South Coast Track remained open for the time being. 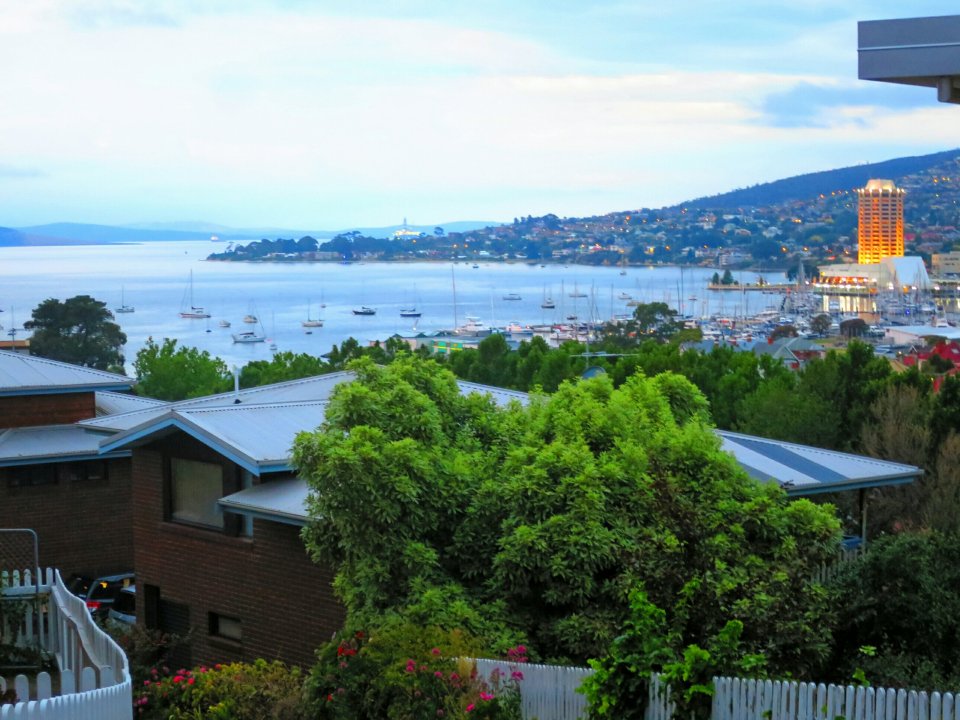 It was another warm day by the time we headed out of Hobart. We stopped at Huonville, about 45 minutes south of Hobart, to do some laundry and have breakfast while revising our hiking plans. The advice from the visitors office ( National Parks office was closed on the weekend) was that although the South Coast Track was still open they would advise against hiking any trails to the south due to the existing uncontrolled wildfire and the predicted N-NW winds which could move the fire closer to the coast. 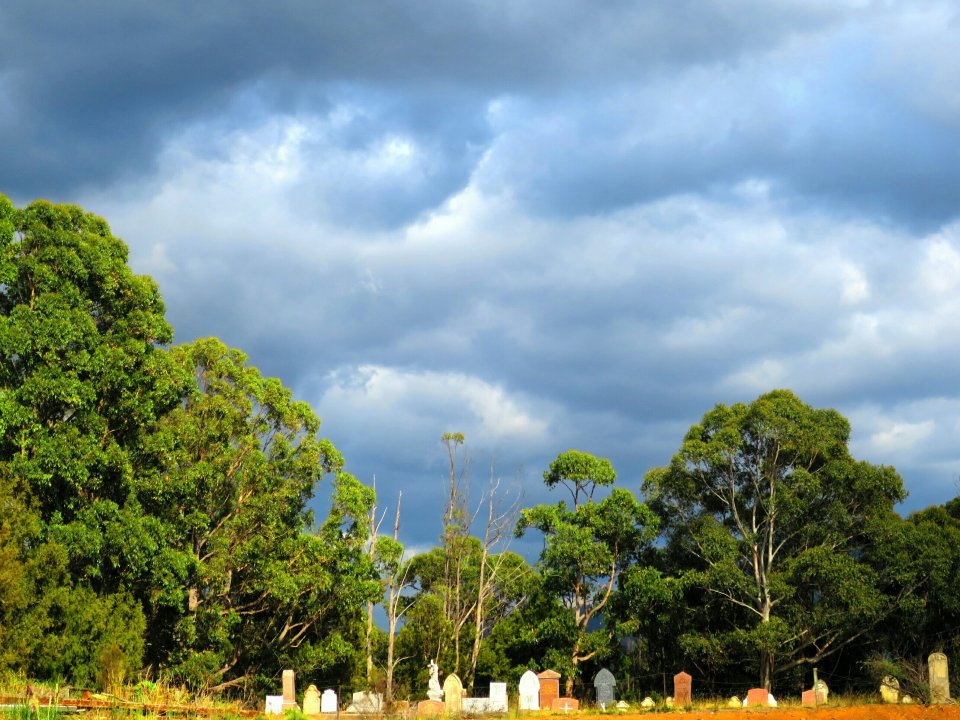 We revised our hiking plan, deciding to do the South Coast Track out and back from Cockle Creek if conditions allowed, but would make a decision once we arrived. On the way from Huonville we stopped at Franklin, to have another look at the wooden boat building centre. They were gearing up for the Wooden Boat Festival to be held in Hobart in a few weeks time and were playing host to wooden boat enthusiasts from around the world. 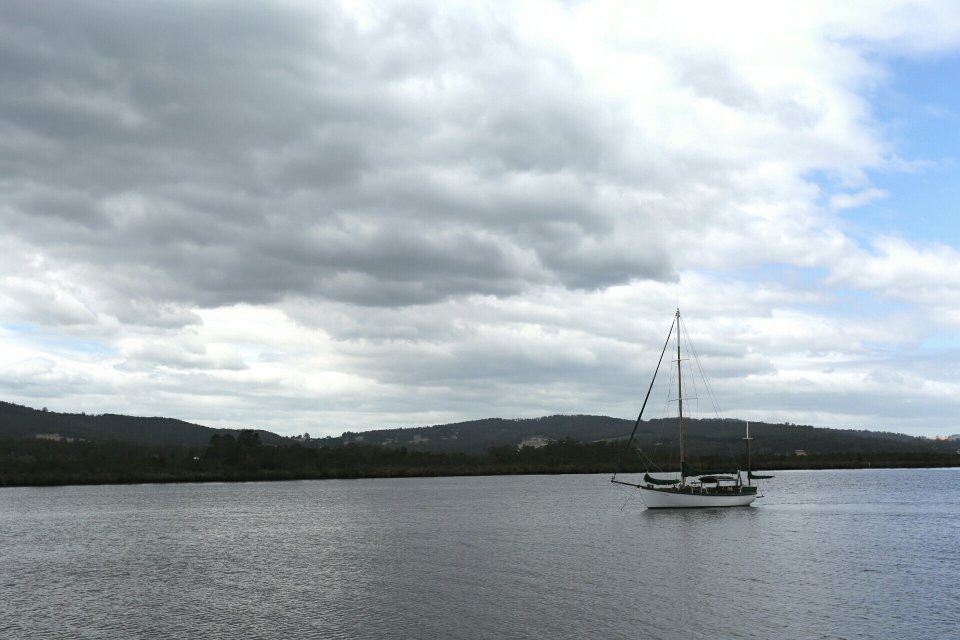 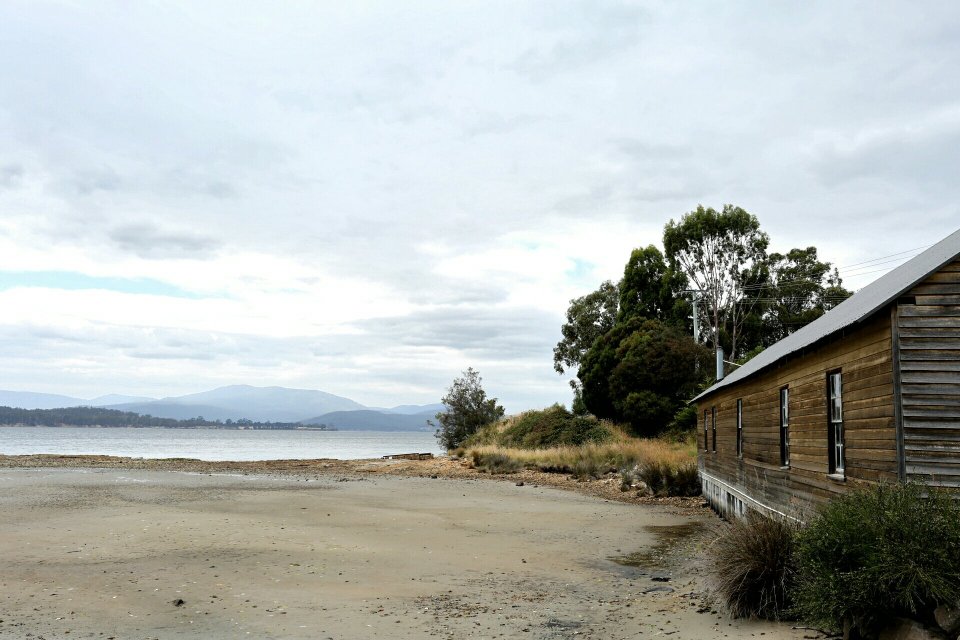 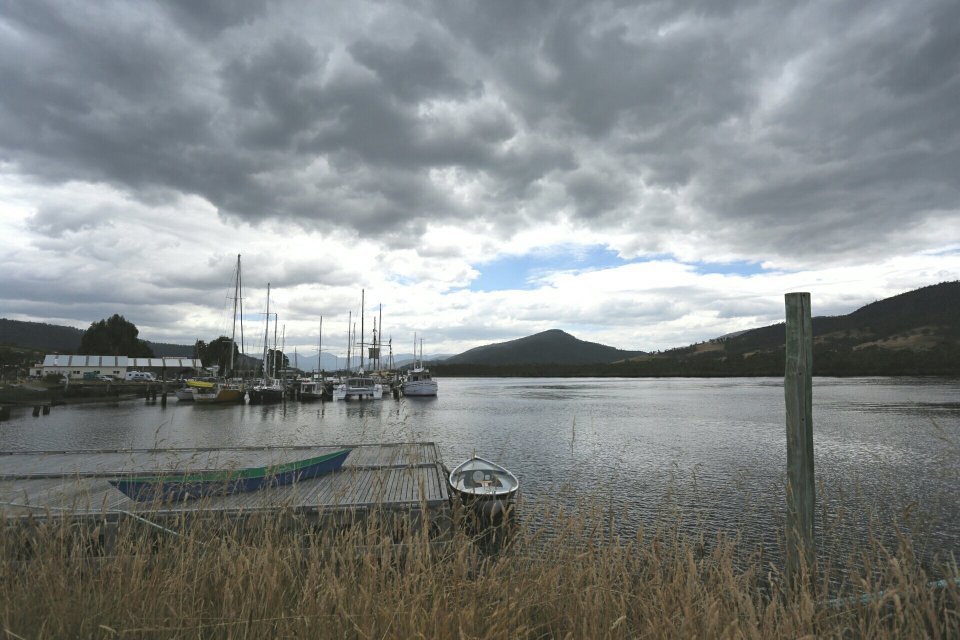 The smell of smoke in the air was strong despite there not being much smoke haze evident. A little bit worrying but so far so good, we made it to Cockle Creek by mid-afternoon after taking a slow detour along the coast on our way south. The road to Cockle Creek is the southernmost road in Australia and it feels like reaching the end of the world. There is no phone reception, apart from landlines. But this was not going to be of much help to keep us informed of any changes in the wildfire situation. 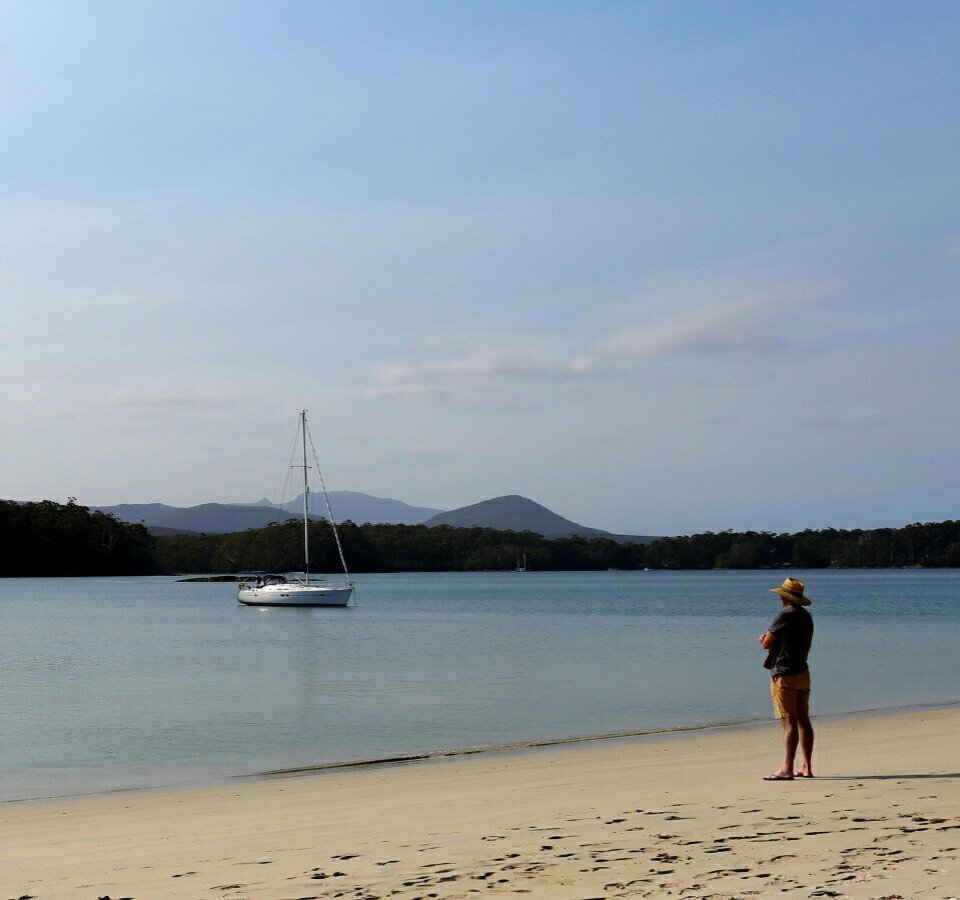