Five days before Christmas Hammer and I had the opportunity to hike the Green Gully Track. It is a 65km walk through the the Apsley-Mcleay gorge in the Oxley Wild Rivers National Park in Northern New South Wales. Oxley Wild Rivers takes its name from the explorer John Oxley who passed through this part of NSW in the early 1800’s. The walk lies on the east side of the New England Tableland where numerous rivers have dissected the escarpment creating gorges and waterfalls. 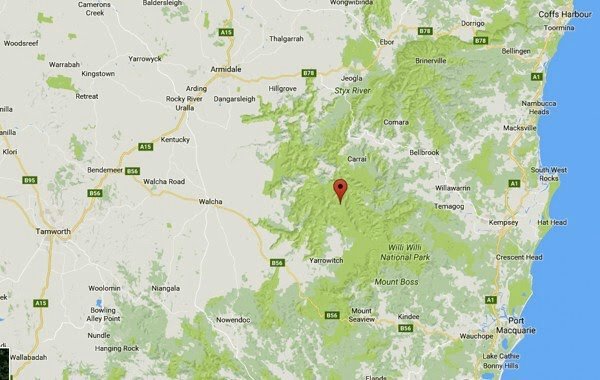 The start of the walk at Cedar Creek is located 150km west of Port Macquarie. The track is designed to take four days and five nights, with each nights accomodation being an old stockmans’ hut. Each hut provides stretcher beds and a well equiped kitchen so there is no need to carry a tent or stove or pots/plates.

We arrived at our first nights accomodation at Cedar Creek Cottage in the early afternoon. The drive from the coast, along the Oxley Highway, was through magnificent rolling green hills. The large rural landholdings soon gave way to forested areas inside the National Park. 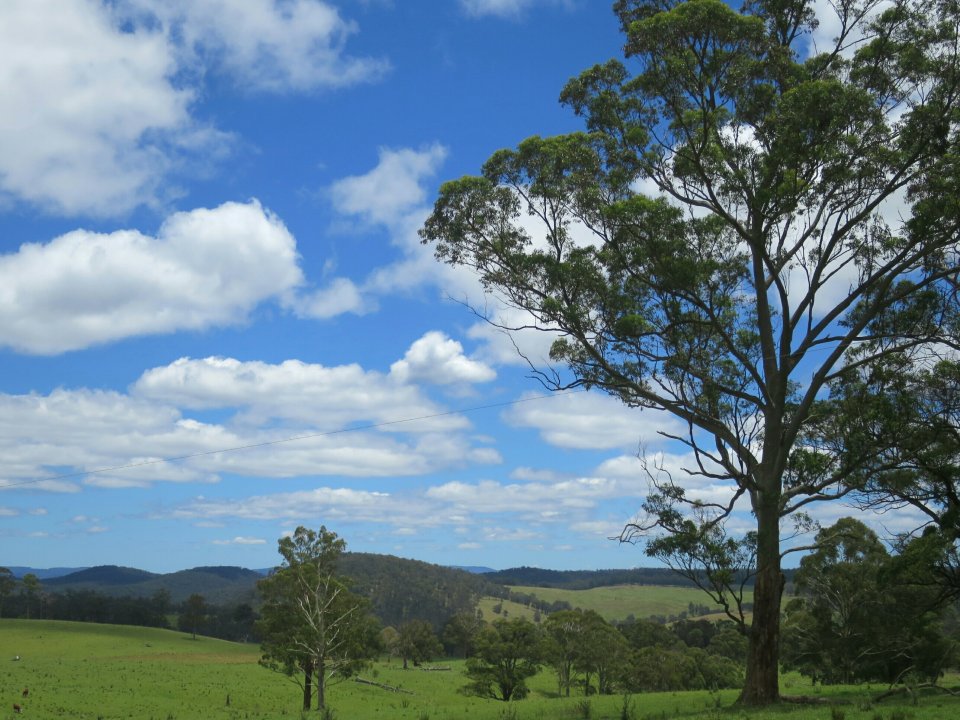 The history of the Green Gully track is one of settlers clearing land and carving roads through the wilderness. Much of the track is along dirt roads constructed by previous landowners to move cattle through various grazing areas. The last pastoral lease in the area was acquired by National Parks in 2004. The track was opened to hikers in 2011. The numbers on the track are limited by a permit system with a maximum group size of 6 people. Each group booking is guaranteed to have the huts to themselves. As the trail is a loop we could drive to the start and leave our car there to pick up in 4 days time.

Cedar Creek Cottage, our first nights accomodation was spotless when we arrived. We unpacked and settled in….taking the provided comfortable deck chairs outside to sit and read a book, enjoy the shade and the cooling breeze. A mob of kangaroos and wallabies grazed peacefully in the grass clearing surrounding the hut. The silence was broken only by birdsong, an idylic and relaxing start to our getaway. 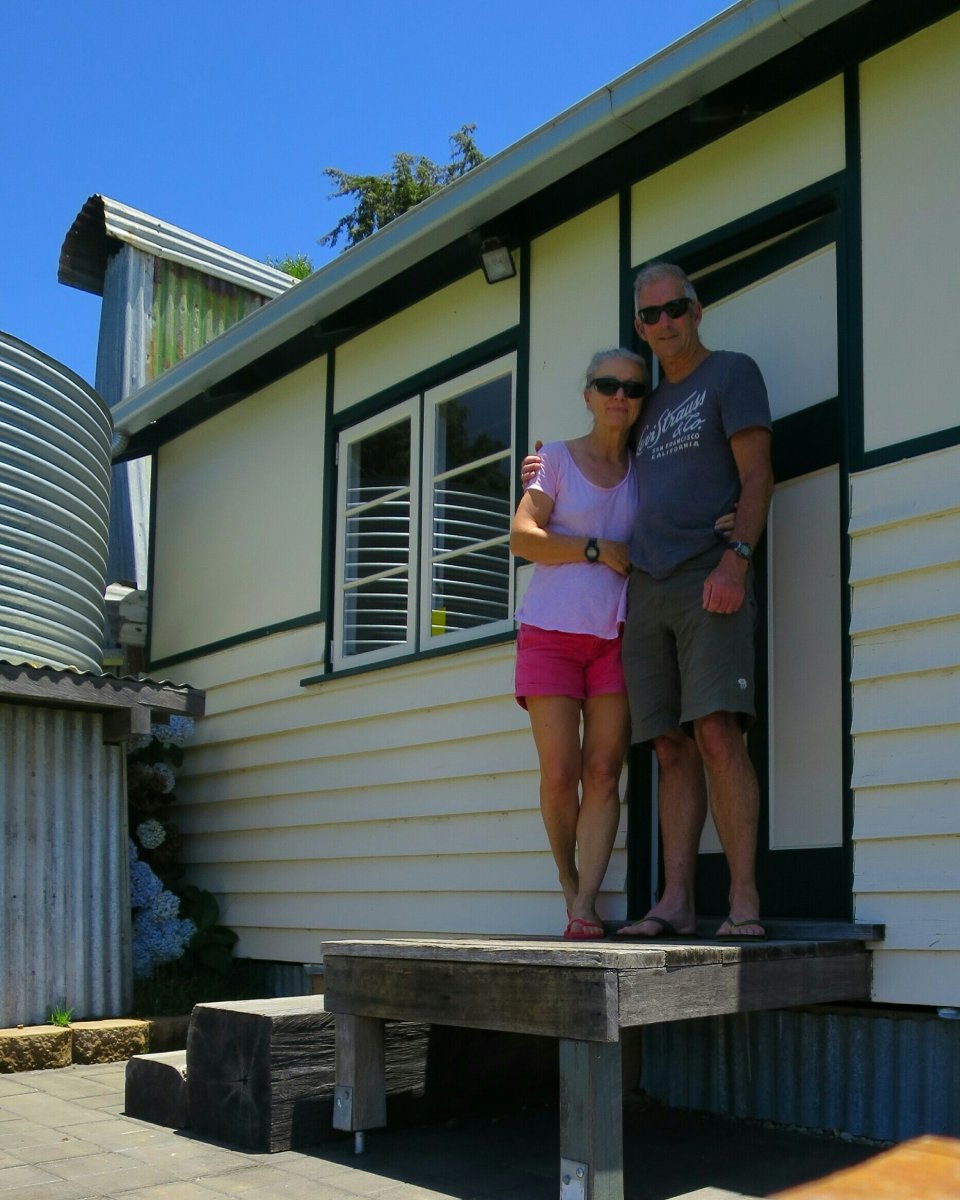 Close to dinner time I got up to go inside the hut. I was brought to a sudden and shivering stop by a 1.5m-long redbelly black snake less then a foot away from my bare feet. It slid silently past me and crawled into a small crevice underneath the hut, right underneath my bed. The idylic start just bumped into reality. I was frozen and couldn’t move. Hammer assured me that we’ll be fine, this species although highly venomous is very shy. In my mildly panicked state I was willing to be lied to.

As the moon rose and it started to get dark, clouds began to roll in. By nightfall we were treated to a light show as thunder and lightening were accompanied by a torrential downpour. Nice to be inside, although I had to work really hard not to think about the huge venomous snake curled up somewhere under the floor beneath me. 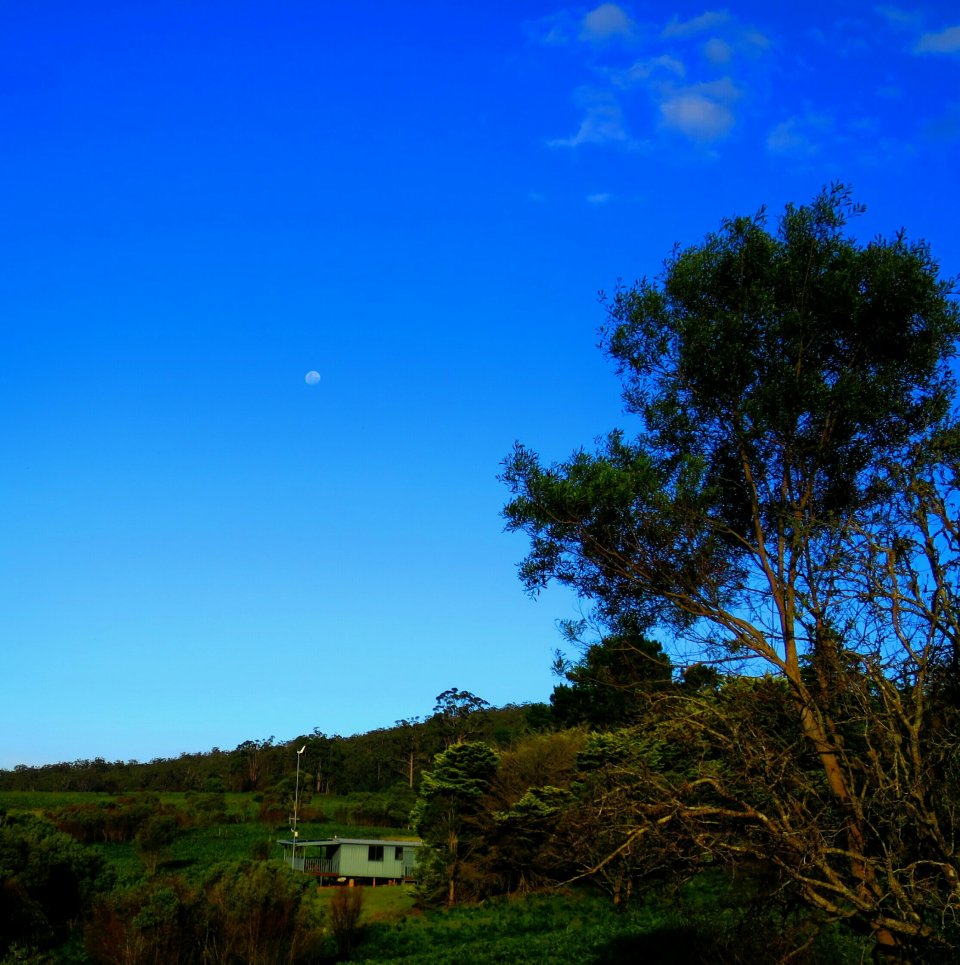