I would hate to be a meteorologist for this part of the country. As soon as the forecasts are published, the weather changes. I checked the weather last night, no rain is predicted in Walpole or Denmark until Monday. I woke this morning to pouring rain outside. I don’t want to sound like a broken record, on and on about the rain. But I really just wish it would go away for a bit. It reminds me of something Arthur, whom I met at Gardeners camp a few days ago, said. I asked him which direction he prefers hiking this track – North to South or S to N. Why N to S of course he said, otherwise you are having your dessert first and then broccoli. Such a funny analogy, maybe I’ve already had my dessert. Two weeks of glorious sunny days at the start. It has been raining at varying intensities for the past 8 days with just enough sunny breaks in the late afternoon to tease. And as I later learnt there is a very important function of this high rainfall to the survival of a species of tree. I’m transient – passing through in a blink of an eye.

I left the motel after 10 and the town fare-welled me with a light sprinkling of rain. As I wound my way out of town, the overcast sky turned what would most likely be a very pretty waterway into an unattractive steel-grey colour. 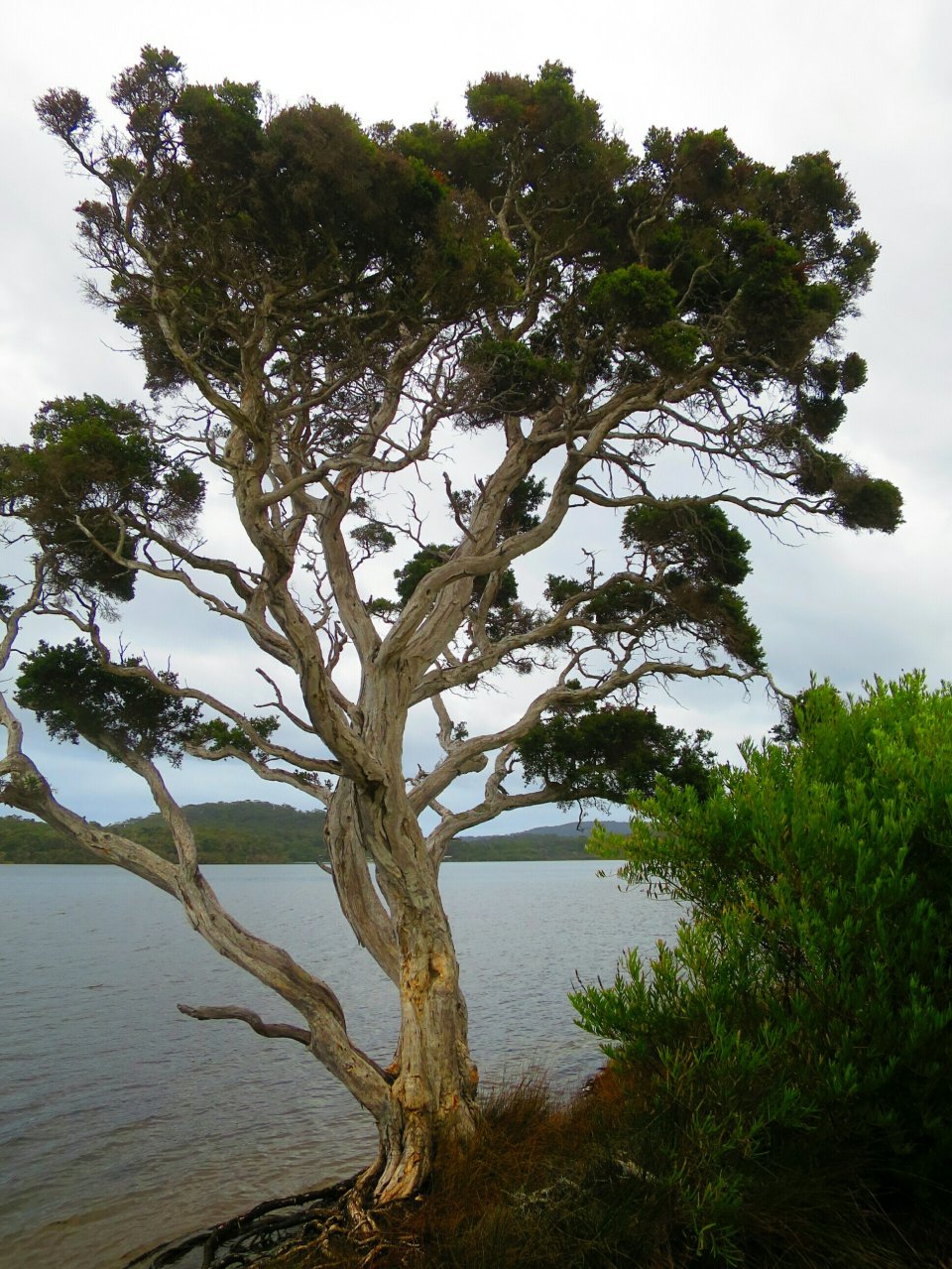 I met a family of four on trail who were also heading to Franklin River camp. It was Helen and her daughter Clare with her children Holly and Toby. Fantastic to see three generations of a family hiking together and having a ball. I went on and then saw them another three times because I kept taking wrong turns. They must have thought – how did this klutz of a women manage to make it this far?

The trail out of town passes through a tingle and karri forest. The tingle trees are remnant flora of the Gondwanaland supercontinent. They are only found in the Walpole area. And they were magnificent in their other worldliness. I couldn’t believe the size and shape of some of these trees. The highlight of this section of the trail is the Giant Tingle Tree, halfway to Franklin River camp. It is a massive burnt out tingle tree which is still living. It’s quite a sight, quite extraordinary. It is surrounded by a boardwalk and a section of nearby forest trail is paved to provide wheelchair access from a nearby carpark.

The tingle trees survive in this region because of its high average annual rainfall, proximity to the Southern Ocean and the canopy cover provided by the tall karri trees. Were it not for the presence of the karri trees the whole forest would have quite a prehistoric look. Almost expected to see dinasaurs roaming through. 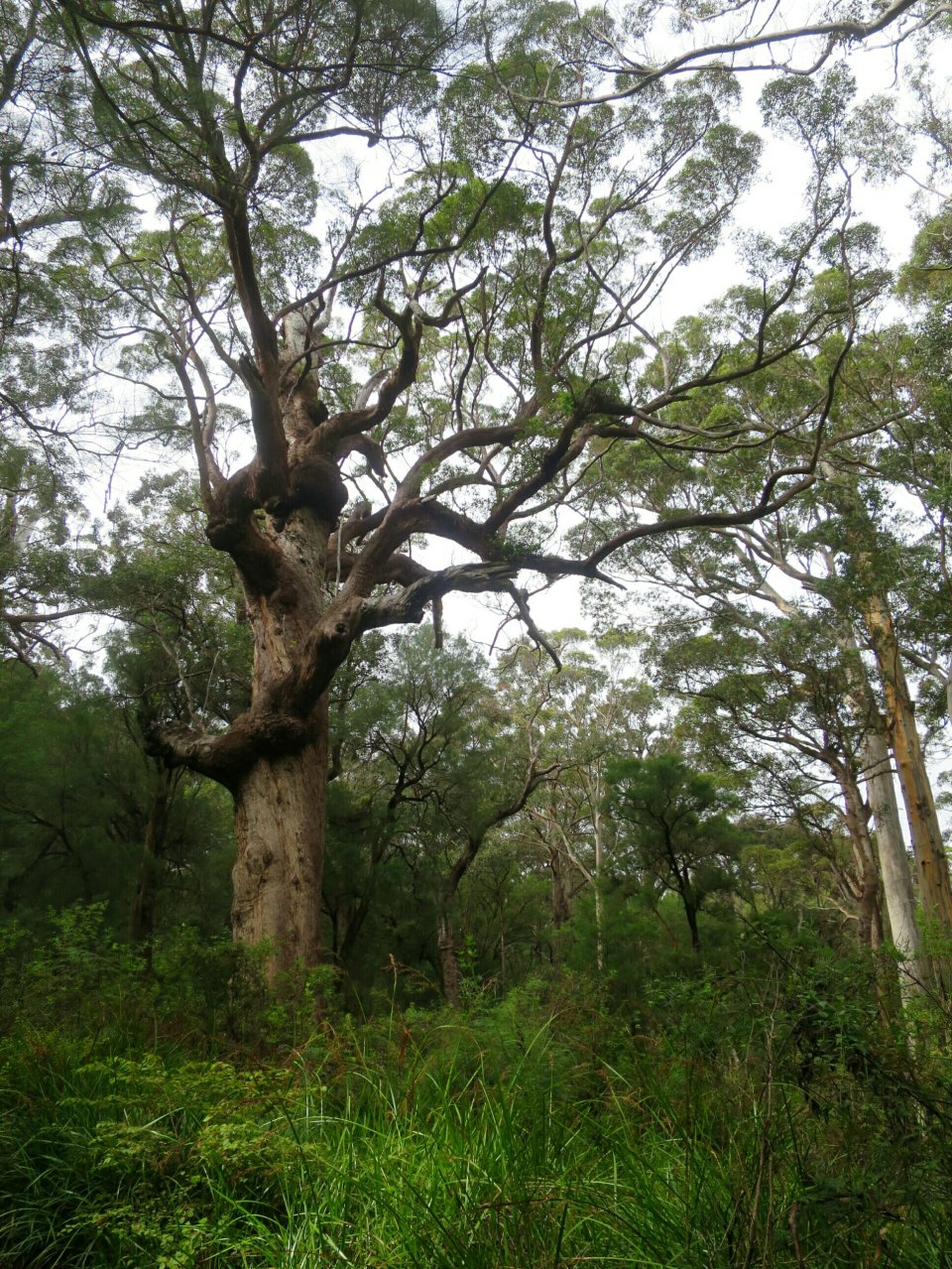 After the giant tree, the rest of the afternoon hike was pretty pleasant forest walking with incredible birdsong for company. The sun was shining for some time and its dappled rays hit the trail. She-oak needles lined the trail making it soft underfoot. Just a lovely afternoon hiking. 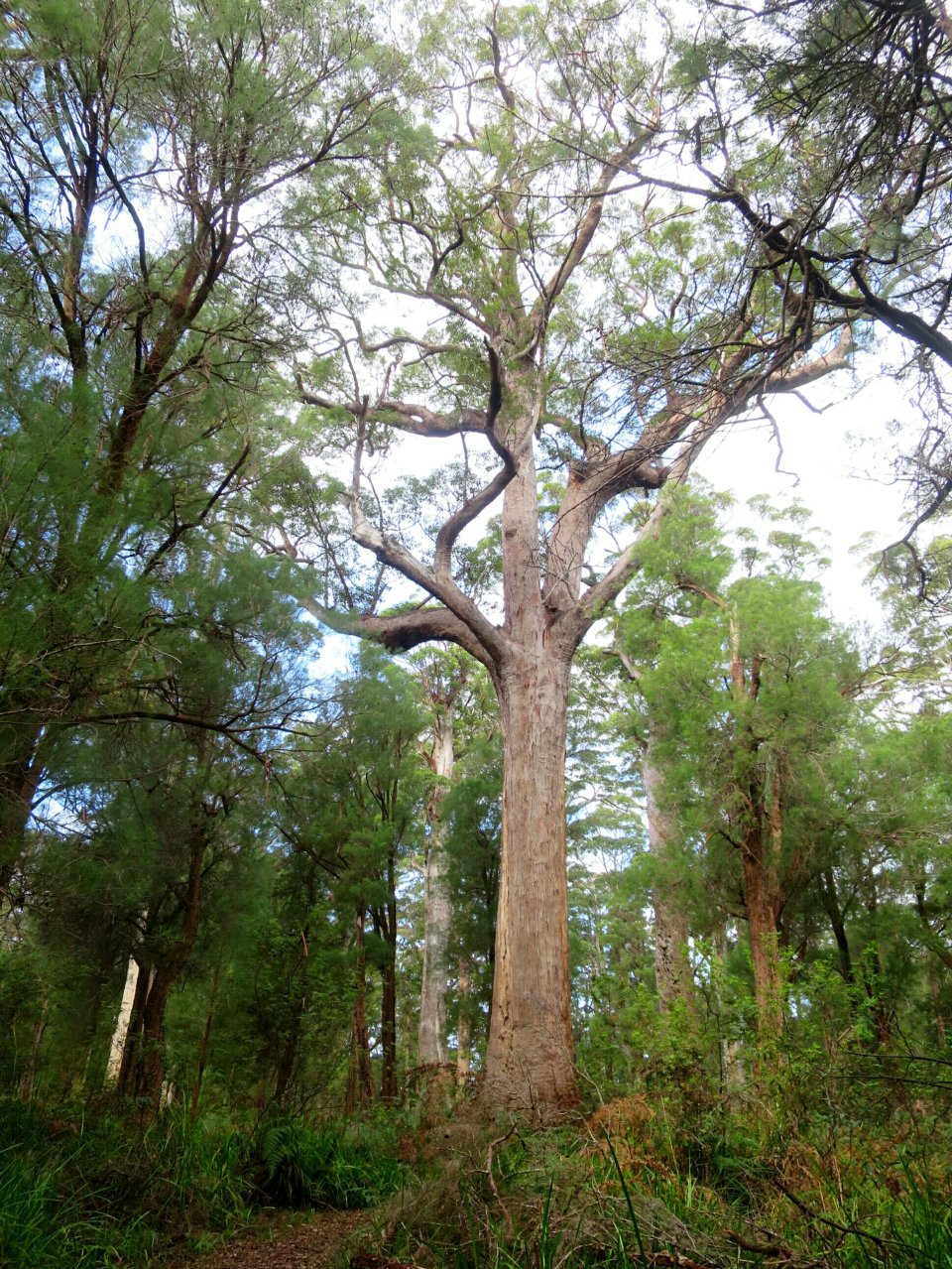 I got to Franklin River Camp mid-afternoon. It’s a pretty spot by the river which would be great for a swim on a warm day. I decided to set up the tent as the mosquitos were quite intense. 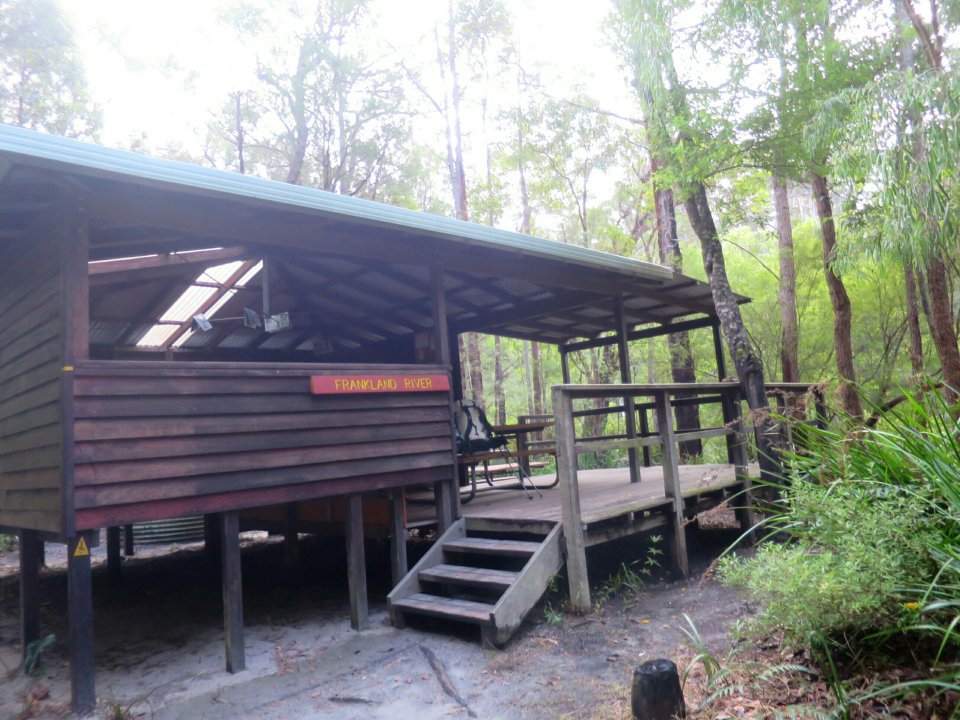 It’s such a pleasant change to arrive at camp early and still feel fresh. A father with two young boys arrived soon after me from the other direction. The boys were full of energy – they’ve walked only a short distance from a carpark nearby. Helen and family arrived just as I was finishing dinner before it got dark. The campsite stayed very active long after the usual hiker midnight.