DISPATCH FROM THE BIG AGNES HILTON
My cunning plan to avoid the mosquitos was to get up really early before they were active. But even though I was early, these Oregon bloodsuckers have a way of being ever ready.

The days hiking was interesting as it wound around mountaintops and through some volcanic rock. There was also a type of sheet rock which gave a tinkling sound as you walked across it. Sounded  a bit like a wind chime. 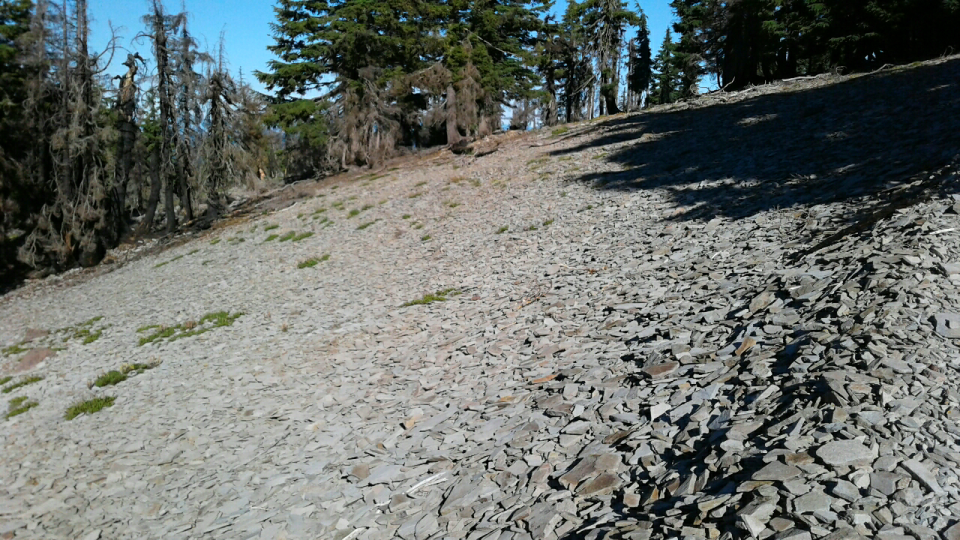 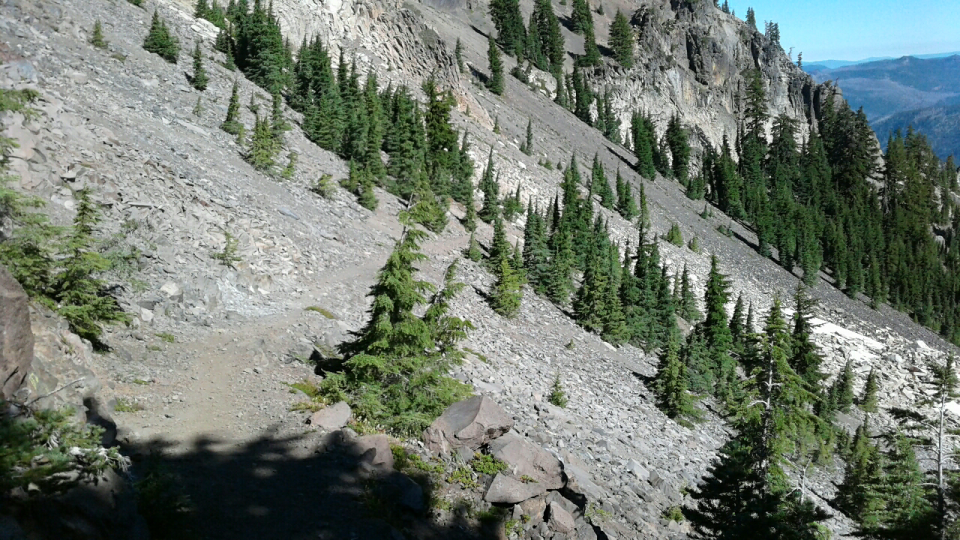 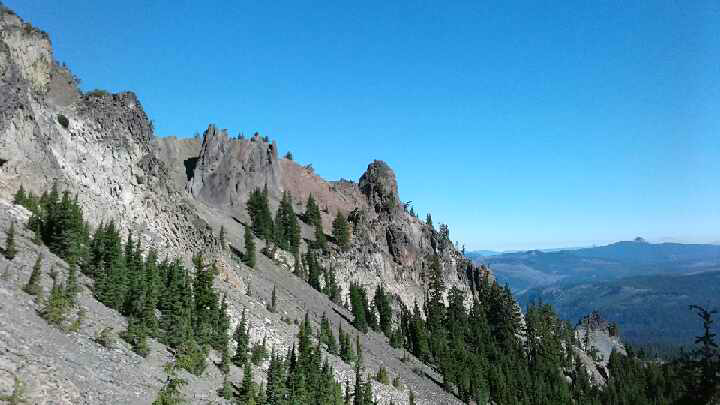 Hats off to the trail makers again for the way they have woven the trail into the landscape. There was still a bit of scrambling to be done over the blown down timber but it was not too bad. I was heading towards Mazama Village with a 20 mile section  without water. So while it meant a carrying a heavier pack, it also meant a break from the mosquitos as I did not have to stop along the way to filter water.  A lot of the rock in this section is volcanic and quite porous which means the water does not stay on the surface. It was quite pleasant walking through the forest. The pine forests are so different to the Australian bush  it is always interesting.
During the afternoon there was a prolonged burn section and it was good to see recovery was underway with numerous seedling trees sprouting through the soil. There were literally thousands and eventually only a couple will have the room to become mature trees.

The fire that is currently burning near Crater Lake is causing quite a bit of smoke in the air. The official PCT trail is closed but I understand that the rim trail is still open.

The blowdowns continued and on going over one I slipped and skinned my shin and calf. By the time I cleaned that up the chances of getting into Mazama Village  before closing had faded. So I made camp about 7pm with about 9 miles to go for breakfast in the Village in the morning. 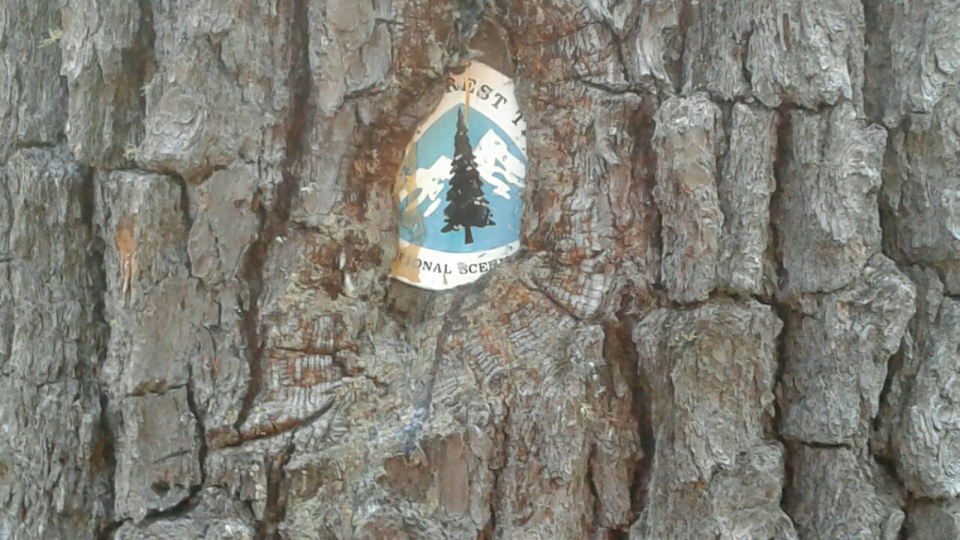 CORKY – FROM THE RECOVERY LOUNGE 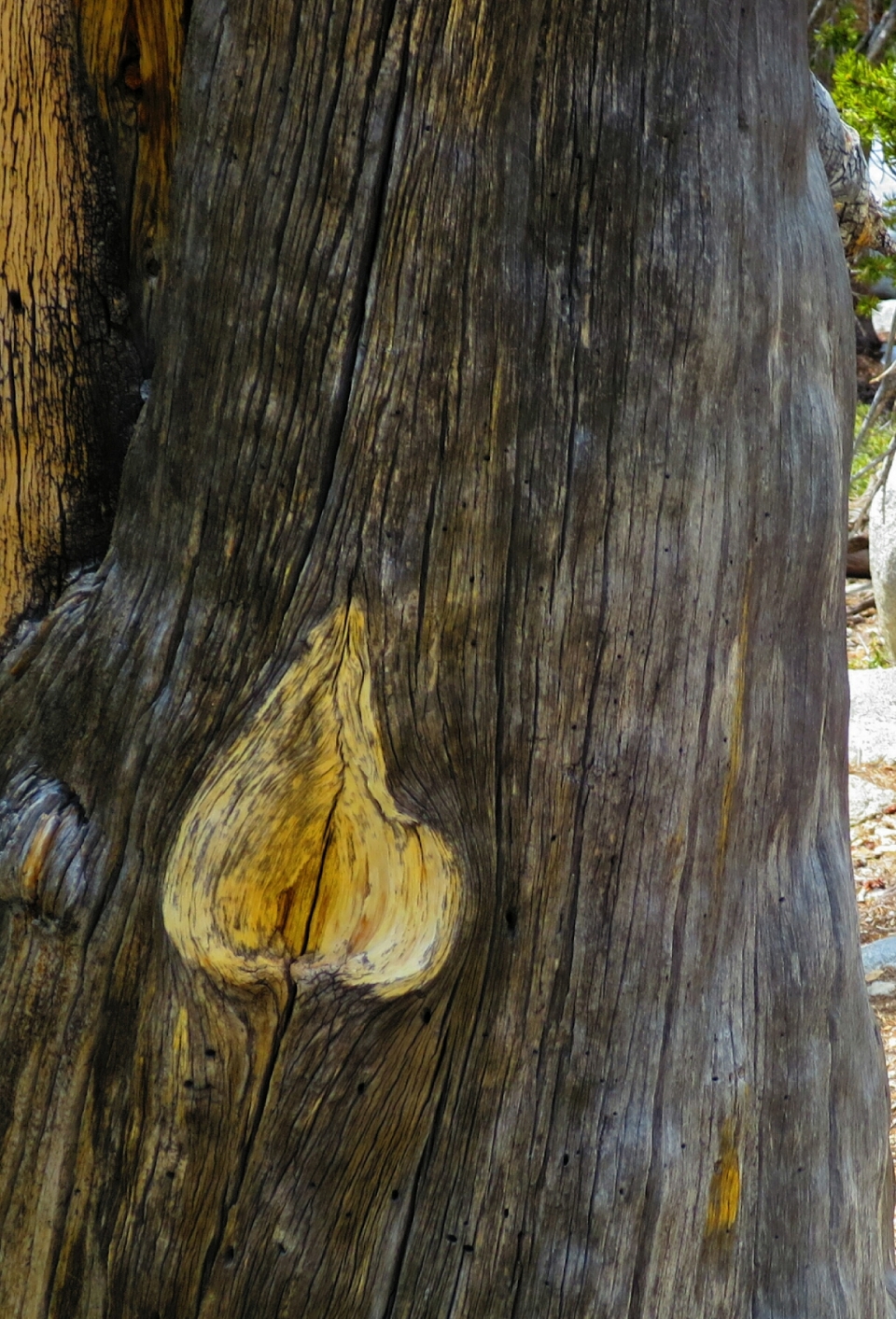 While Hammer is  cranking out the miles on trail, my total distance covered can be counted in metres or yards. I am finding it difficult to get about on crutches. So from being  fully ensconced in the PCT thru-hiker bubble for 3 months and loving the simplicity of life on trail I have been pushed back out into the “real world”. With the American election approaching I’ve stayed away from the news and have retreated to a world of books.
I’ve just finished reading a book by John Krakaur “Where Men Win Glory.  The Odyssey of Pat Tillman”. What a poignant portait of a man who defied clichéd stereotypes and made the ultimate sacrifice for  his country.