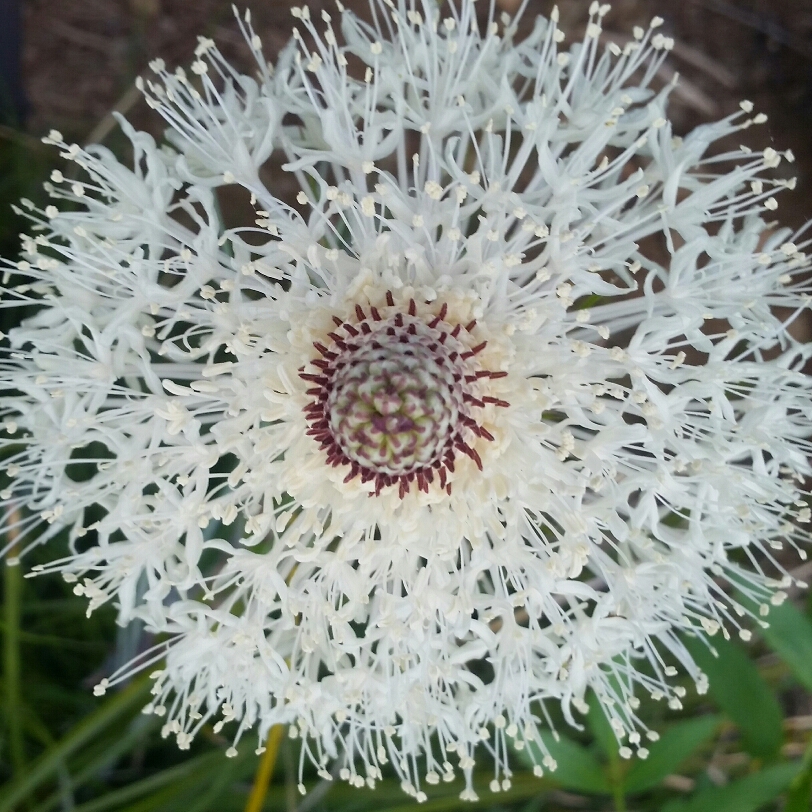 I woke very early anxious to get into Ashland and get off my feet for a little while and also to get my ankle examined.  It was cool and overcast when we left our campsite.  We had just under 14 miles to hike to  Callahan’s Lodge turnoff and from there about a mile to get to the lodge where  we planned to stop for lunch.  After lunch we were going to hitch a ride to Ashland which is  about 12 miles away.
The trail climbed through lush green meadows and forest.  It wasn’t long before we came across several tents strung out along a mountain side. They did not look like typical lightweight through hiker tents. It was only when we looked beyond that we could see why they were camped there. A stunning view of Mt Shasta standing majestically above the green rolling hills was in front of them. What a great view to have in front of you while having breakfast. The landscape just appears more gentle and less intimidating than what we had seen up to date. 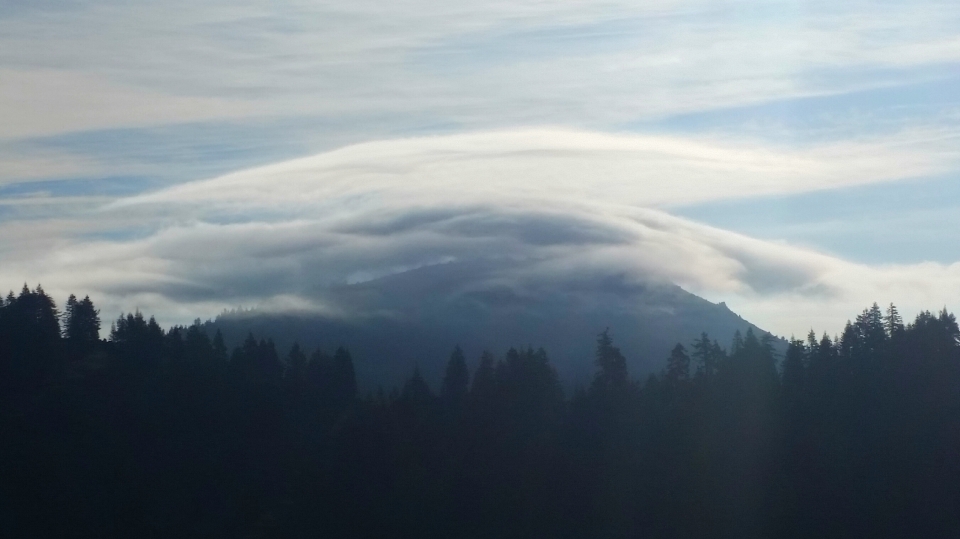 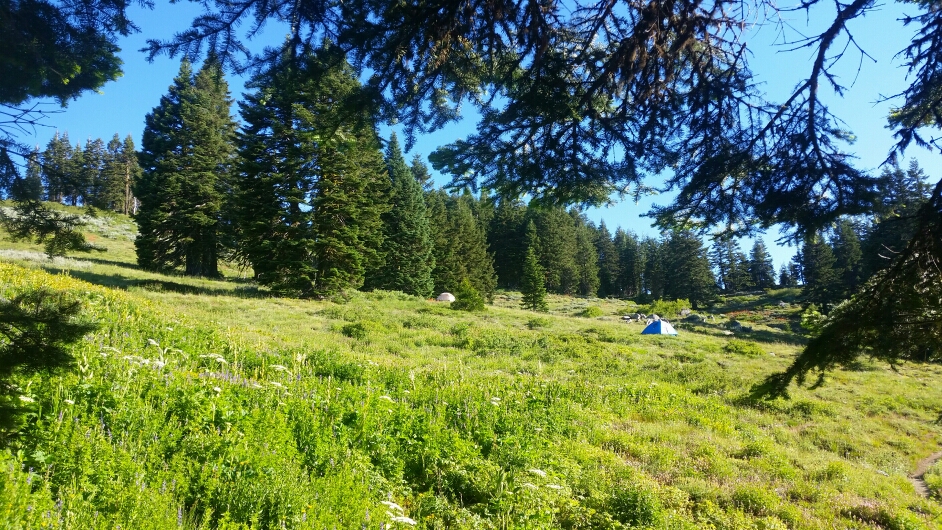 We crossed several dirt roads and had our second trail magic in Oregon at one of these. A cooler filled with cold cans of Shasta Cola.  I appreciated a chance to sit down  especially when I found we had phone reception. A quick log in and more bad news. My email account was hacked and password changed. So I can no longer access my emails. Not something I could fix while out on trail. But it added to my worries. I tried to push it all out of my mind and remind myself that I will probably pass this way only once – don’t waste the present for what might be in the future.

We hiked through an undulating forest trail until we got closer to  the I-5. Earlier in  the  day we passed a large group hiking in the opposite direction. There were at least 15 hikers we greeted as they speedily strode by. The caboose hiker told us they were members of the Rogue Valley Retirement Home hiking club. They looked so sparky and energetic, we were surprised they were from a retirement home. So it is true about Oregonians being outdoorsy. Seeing them brightened up our morning. We were loving being in Oregon.
We reached Callahan’s just after 12 and what a relief to get off our feet and eat some town food. We treated ourselves to a burger and milkshake – what else? 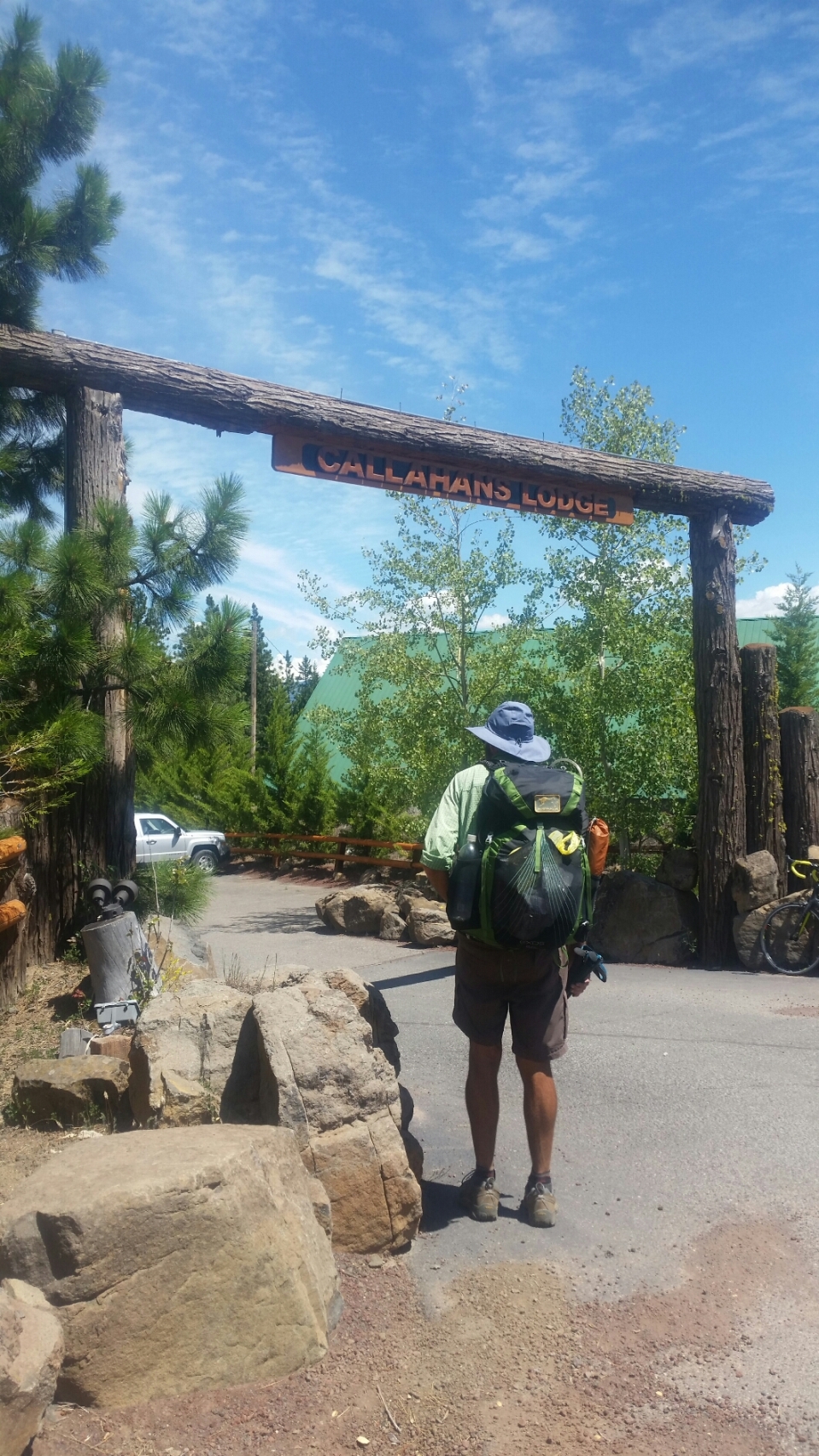 It took less then 10 minutes to get a ride to Ashland with Phil and his dog Lucky. Phil was such an interesting character it was a shame we couldn’t have lunch with him and chat some more. He served in the Canadian Navy and visited Australia escorting the British Royal vessel Britannia, when Queen Elizabeth II was on her tour of the colonies in 1954.

Phil dropped us off at our motel on the south side of town. There was a medical centre just across the parking lot from the motel.  This was my first encounter with the American health care system. And it was very positive in terms of quality of care but so damn expensive. Anyhow, the news on the ankle was not good. I have a fractured fibular which is only slighty displaced. So I am now in a temporary cast waiting to see an orthopaedic specialist in a few days for future treatment. It won’t need surgery but my hike may be over. Not the news I was hoping for,  a day before my birthday. I messaged my physical therapist in Australia and very generously she spent late night hours while at home explaining rehabilitation and treatment options. It has given me some hope of maybe returning to some section of the trail before cold weather sets in Washington.

Hammer will continue and I will float around and put on some of the 20 pounds I have lost in the last 3 months. Disappointed beyond words, especially since we had completed the most difficult section of the hike. But there is an element of luck in everything we do. Life can be so random. 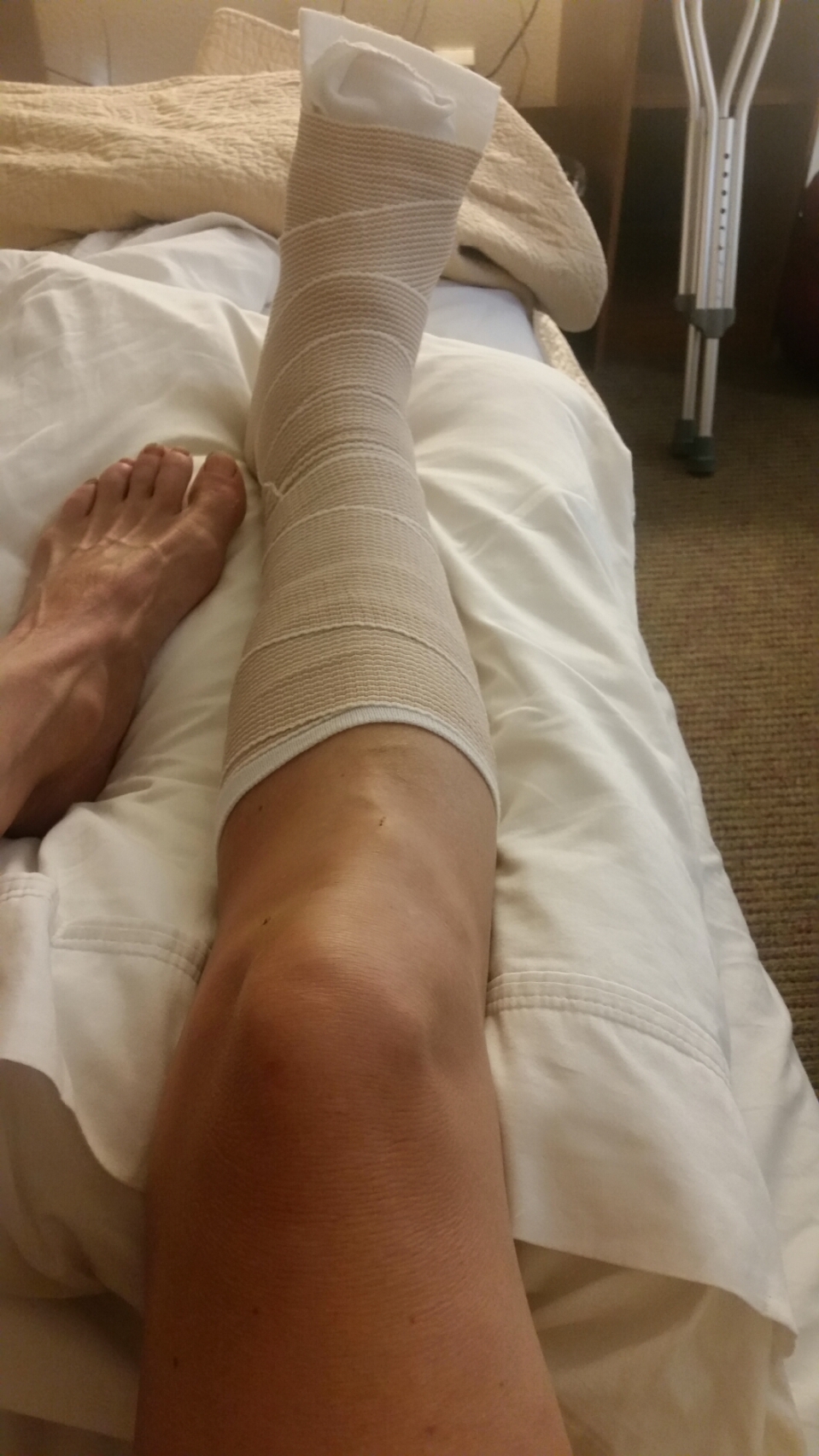 49 thoughts on “INTO ASHLAND ”