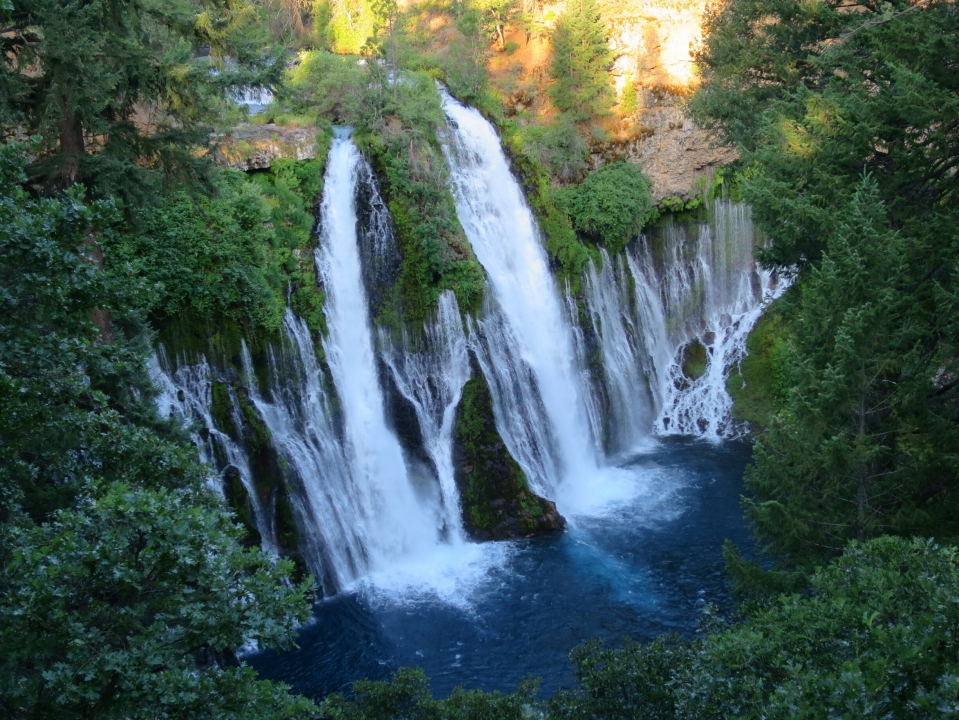 Burney Falls campground looked like the morning after a big party. The guest have all left  and there is just the cleaning up to do. Lots of July 4th bunting still decorated the cabins and the rubbish bins were overflowing. And anyone left behind was still asleep as we left the campground  this morning. 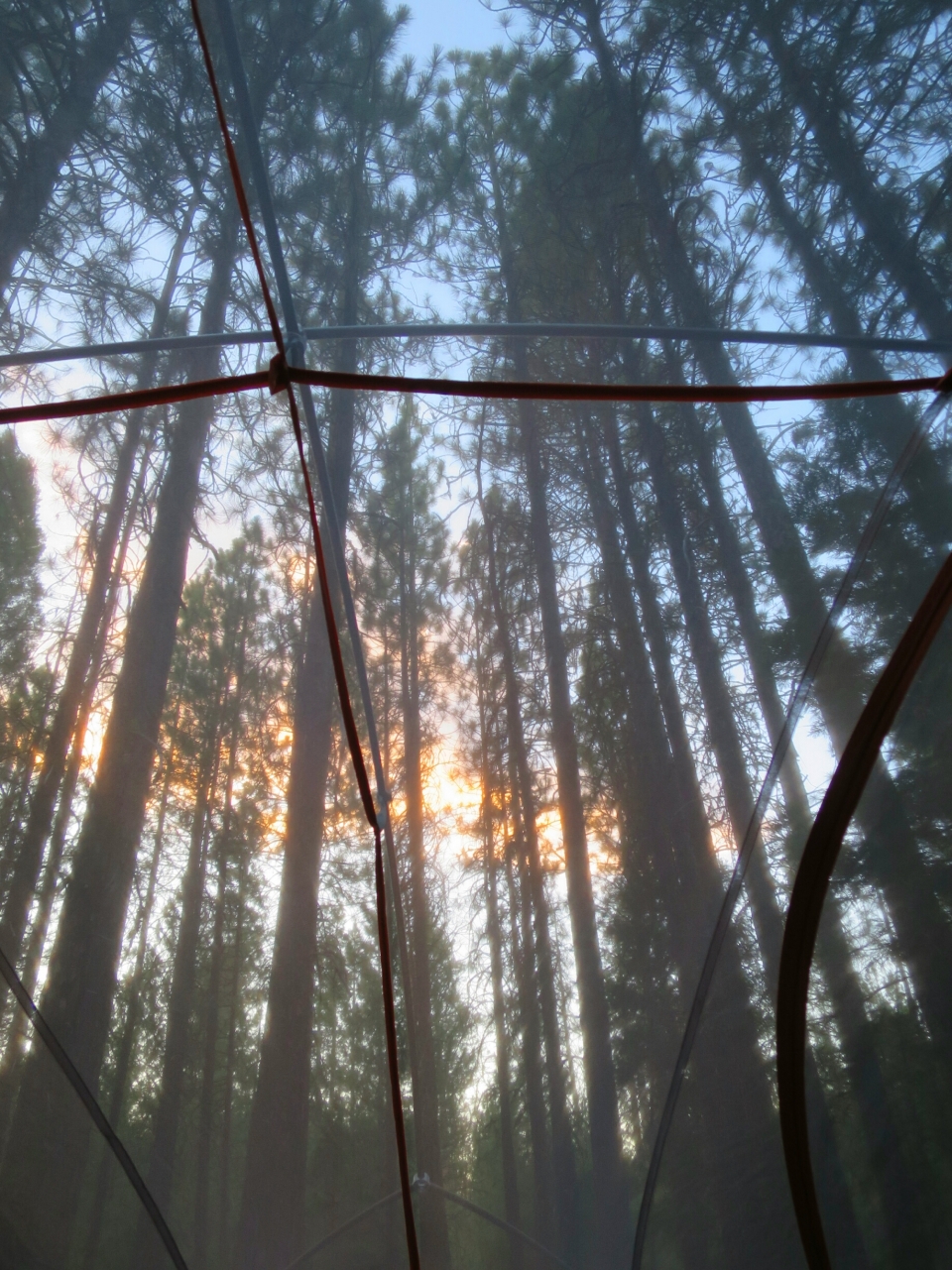 We had the Falls to ourselves. Almost all waterfalls are impressive with their sheer physicality.  But the Burney Falls are probably the most unique  we have ever seen. A feature of the local volcanic and sedimentary geology created a water fall that not only  cascades over many levels but seeps through the different rock layers. I am so pleased we stopped here to see it.
We rejoined the trail and enjoyed the coolness of the  early morning to climb out of the Burney Creek valley and over to the Lake Bitton Dam. The trail direction was a bit confusing around the dam but we worked out we needed to cross the dam wall and the trail follows the hill on the other side. 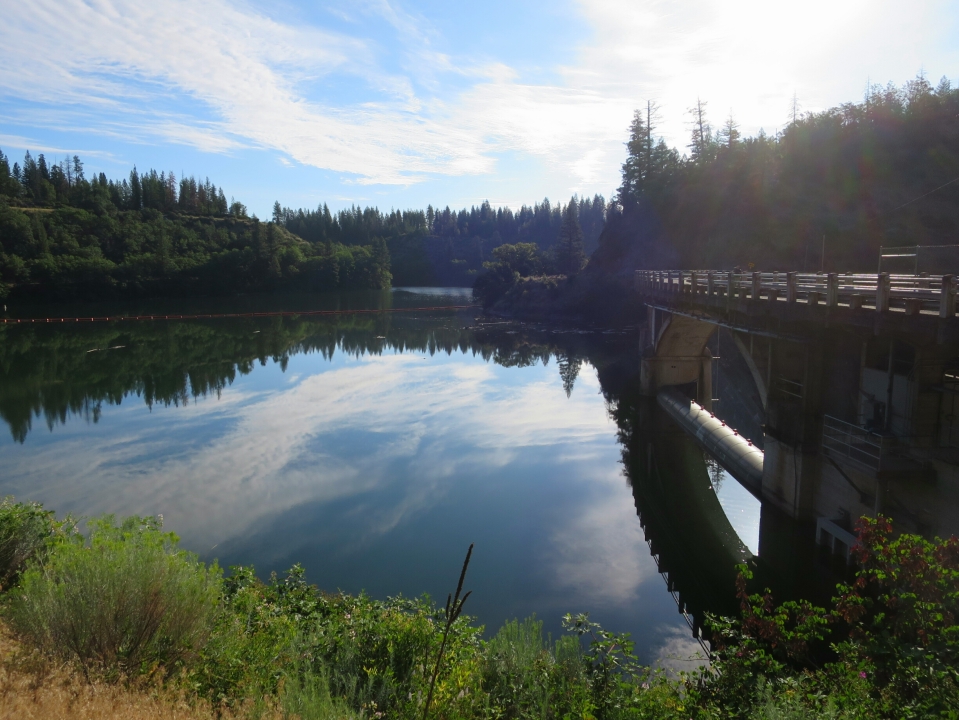 The morning’s coolness  lasted till just after 8am when the heat of the sun started to bite. We had about 6 miles of ascending through what at first was exposed trail. We passed a southbound hiker and stopped for a long chat. Topo is from Santa Cruz and is a section hiker who just started out from Dunsmuir  having hiked sections of the PCT before. 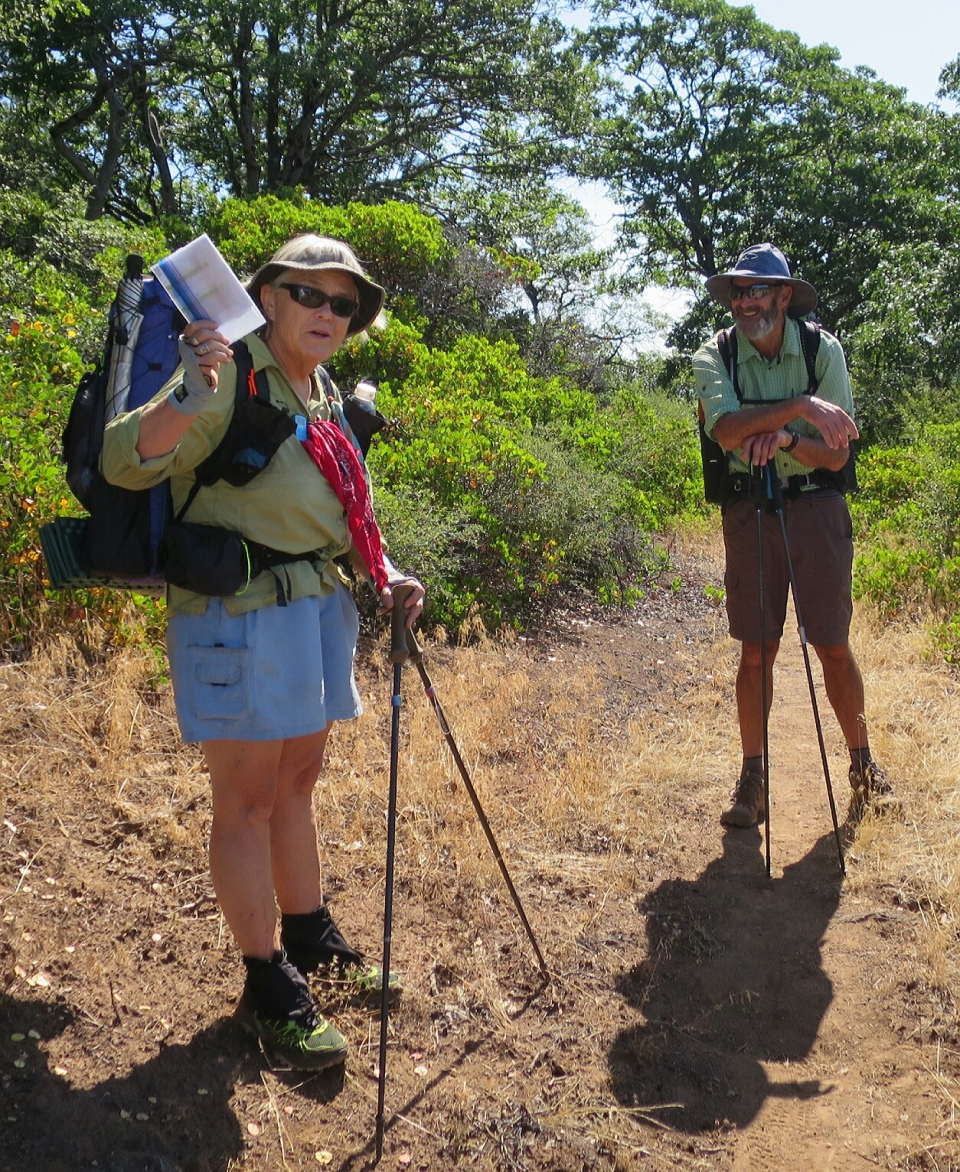 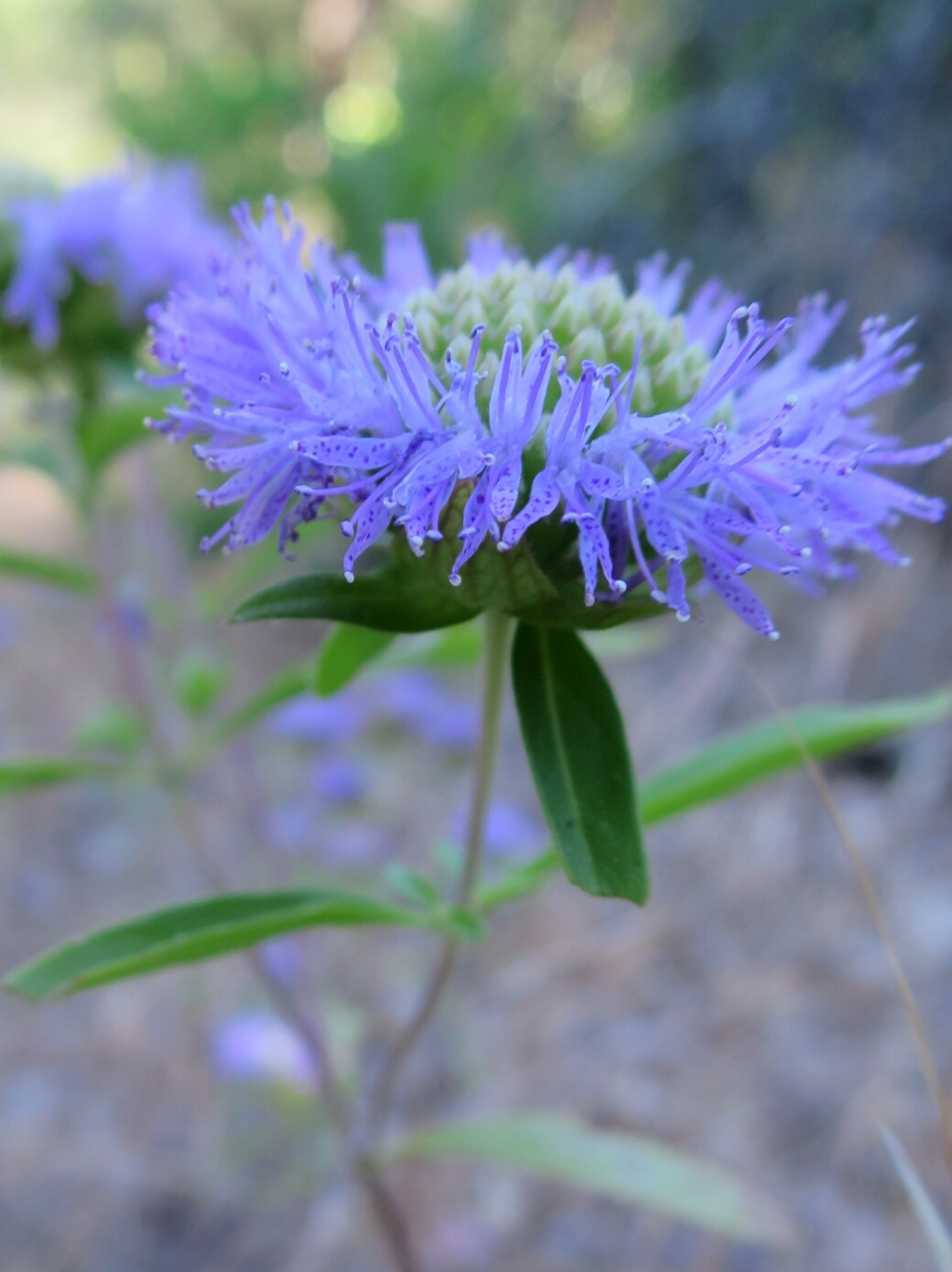 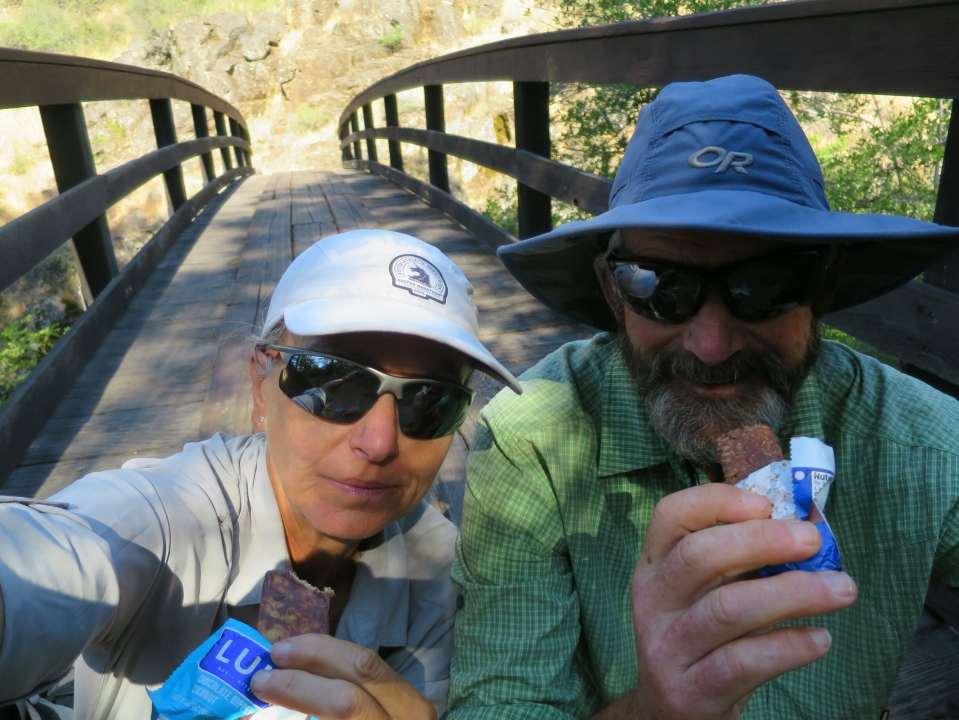 We continued onwards to reach a deep shaded forest in which we stayed for a large part of the  day. It was such a relief to get into the shade. The trail was covered by pine needles and so soft underfoot.  We were accompanied in the forest by the most beautiful sound of birdsong. It made the climb so much easier and  time seem to go so quickly. 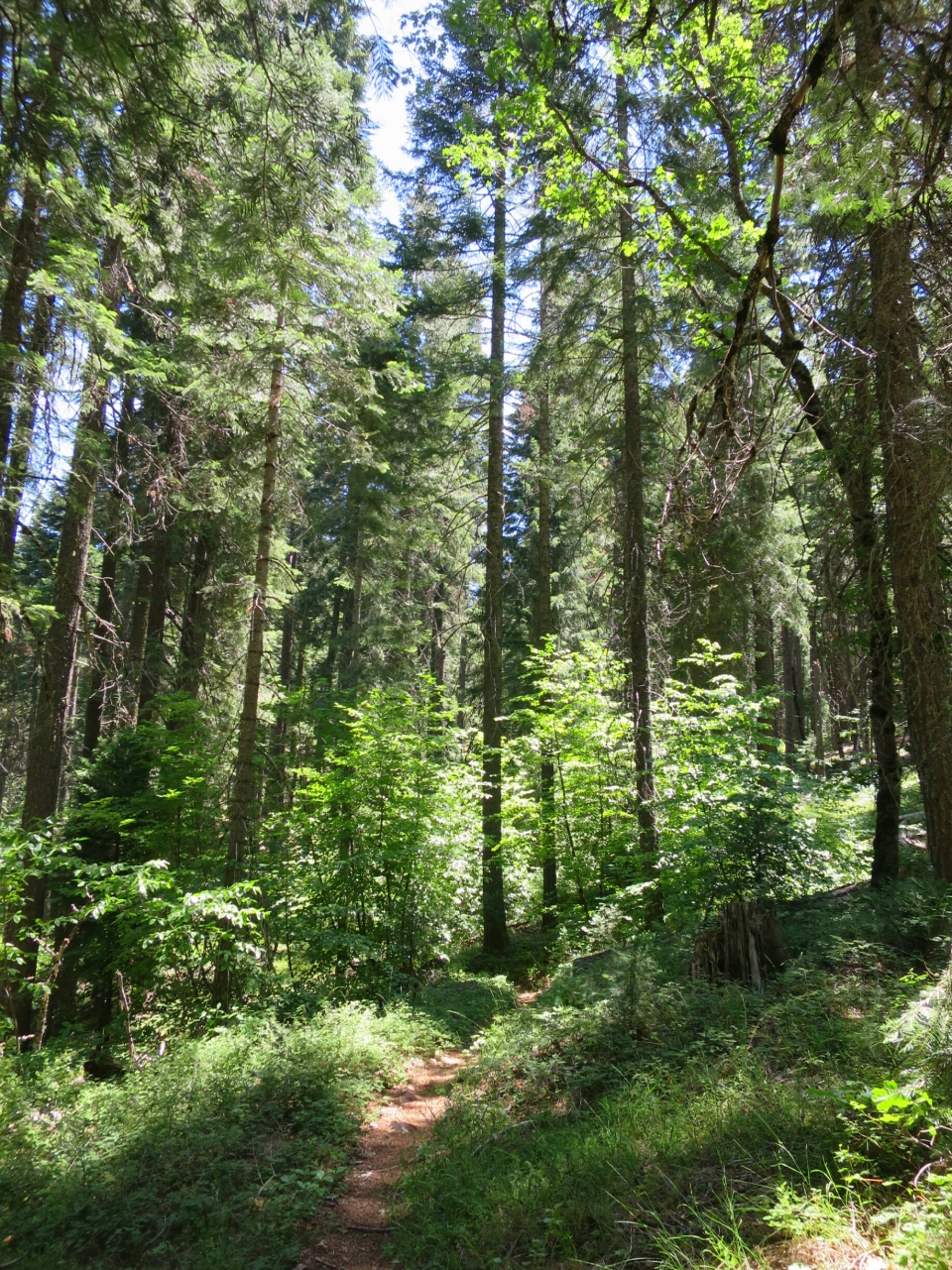 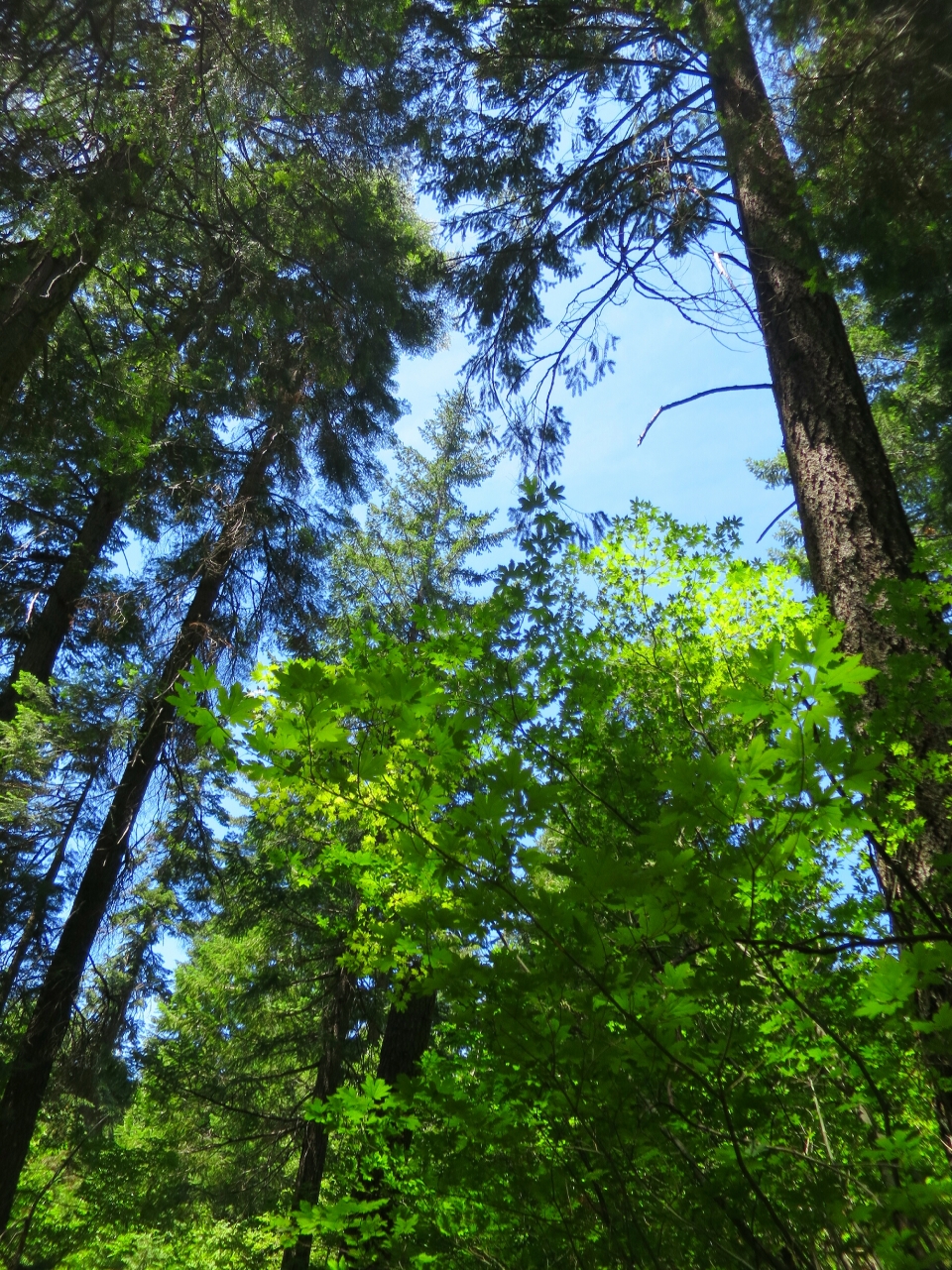 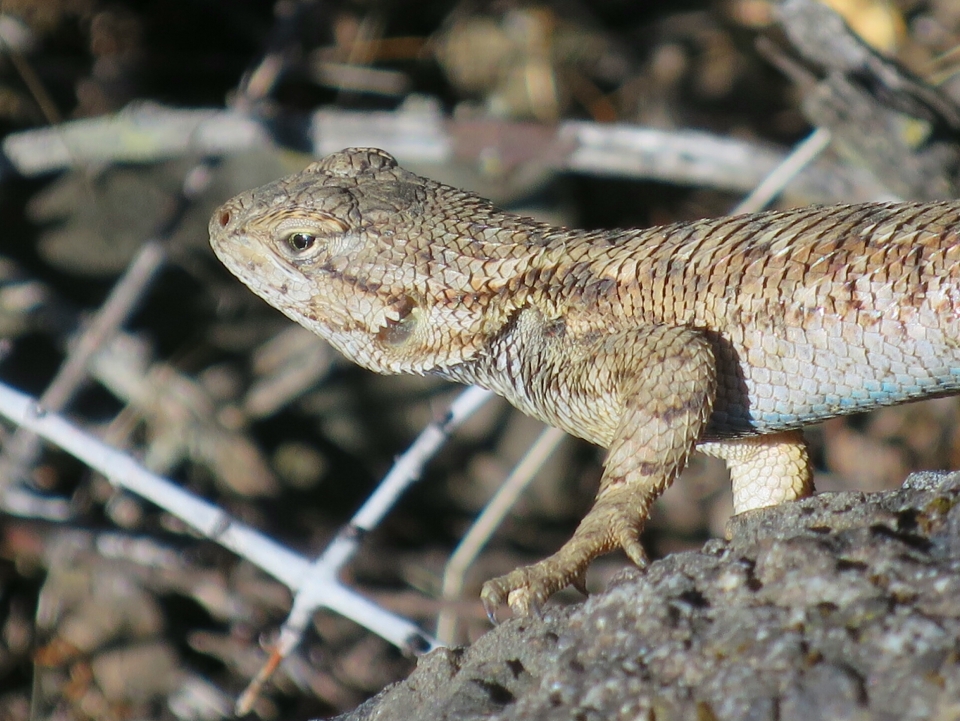 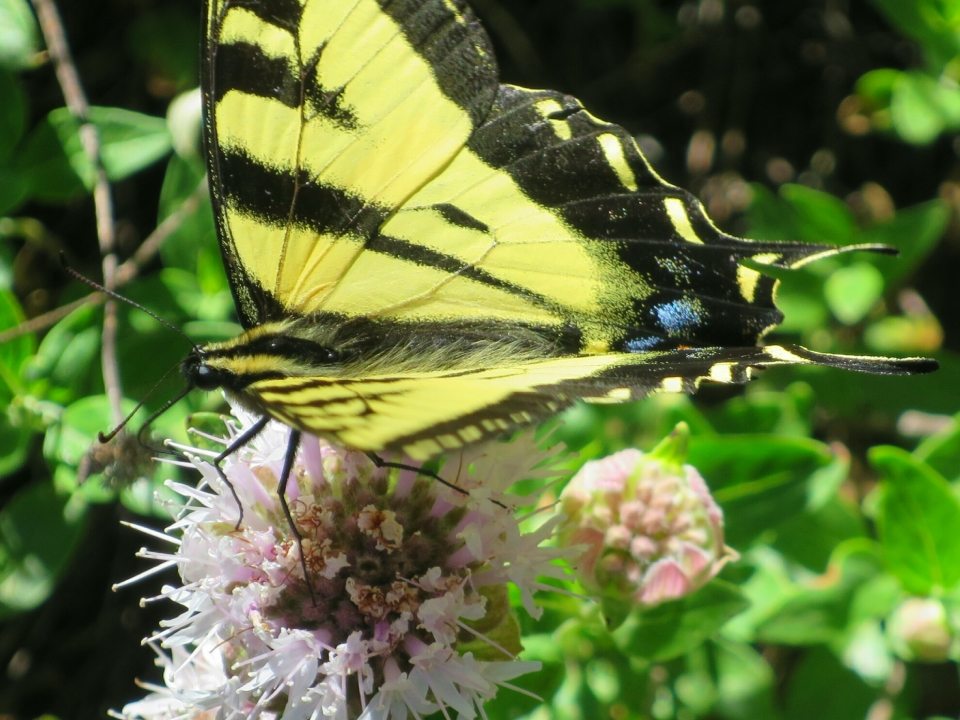 In afternoon we passed a cleared easement for high voltage power lines, followed by a short forested section and then a beautiful flower covered meadow with distant views of Mt Shasta. The best views we’ve had of the mountain so far.  Such diverse vistas all within a half hour of hiking.
It has been a surprisingly easy and pleasant day despite the heat and more then a total of 10 miles of uphill hiking to reach an elevation of just over 5,000 feet. We stopped for the day near Kosk Creek and camped on a disused dirt road. 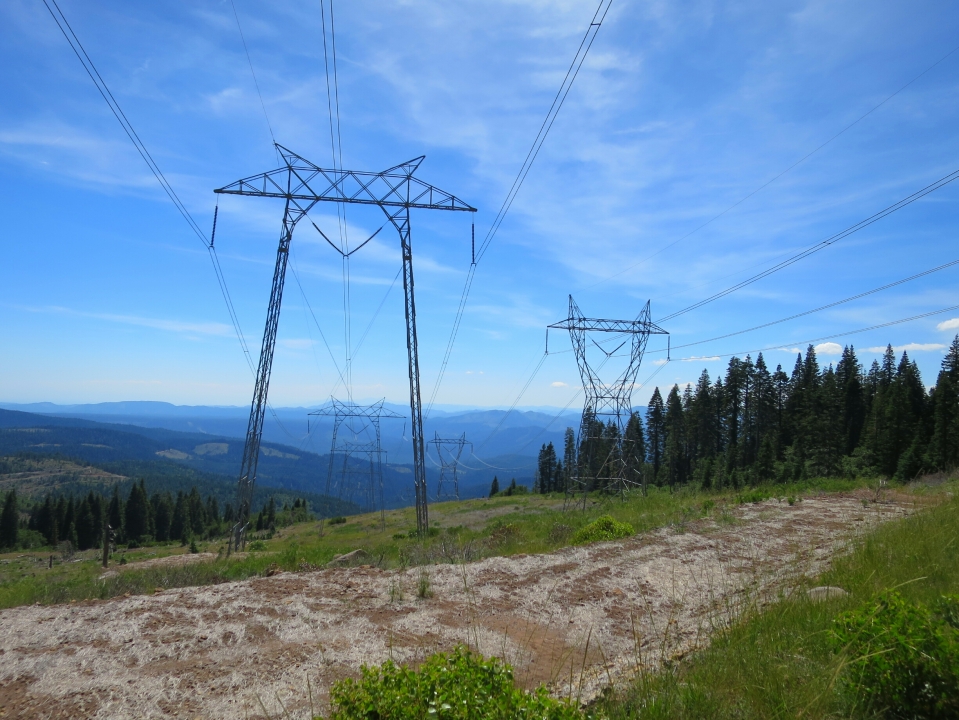 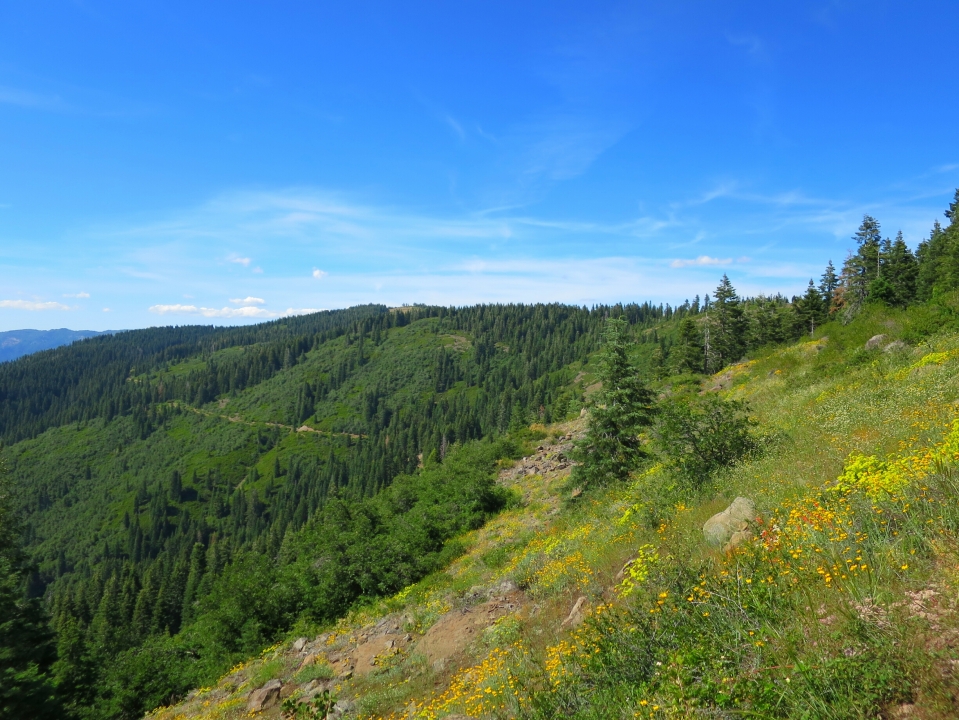 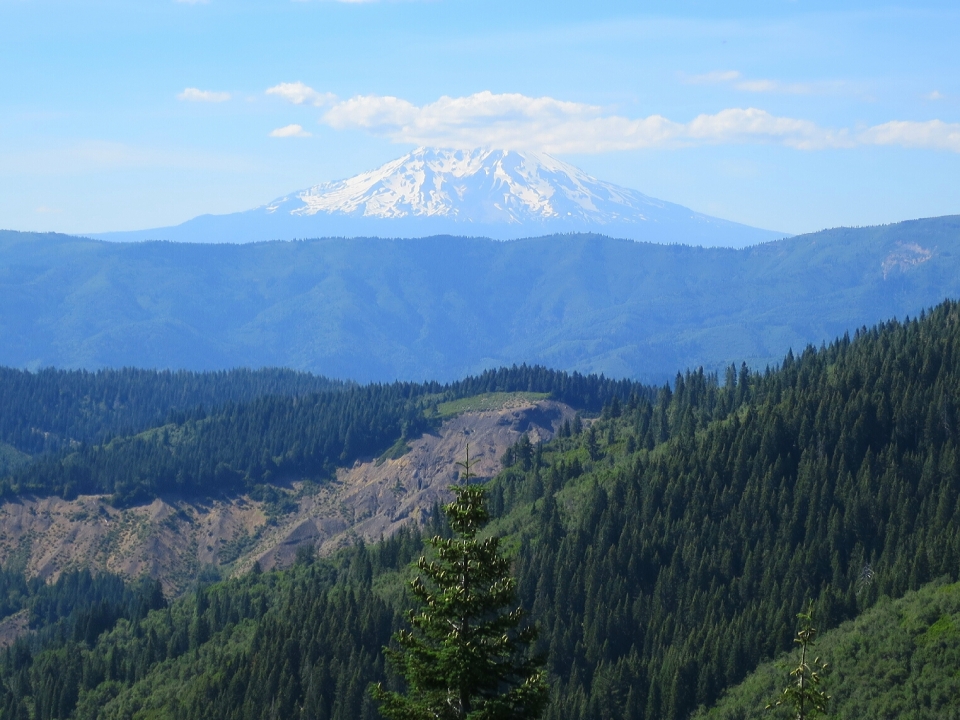