It was hard to leave Ednas house this morning. She was so friendly and welcoming to us, complete strangers.
This morning she let us use her bathroom and fill our water bottles from the kitchen sink. And she made me a cup of coffee. I sat with her for a little bit drinking coffee talking about how she ended up living here. Hammer had finished packing up the tent and I knew he would be getting antsy about heading off as we had a long, hot section ahead of us with little water for long stretches.   So we said our goodbyes and Hammer and I headed off with Petra.  We had another 4 miles of road walking to do before we rejoined the PCT just near Hikertown at Mile 517.6.

Farmland on the way to Highway 138.

Tehachapi mountains in the background

On the way to Highway 138. We are heading towards the mountains in the distance.

Conditions were good early in the morning and we had little traffic until we got to Highway 138. It was only a mile along the highway before we reached Hikertown. I didn’t know anything about this hiker hostel. It is another place like Casa de Luna and Hiker Heaven where hikers can camp, wash and rest. It is customary to leave a donation to the owner for the services provided. We stopped briefly for a quick look around. A helper there offered us a ride to a nearby grocery store to get a breakfast burrito and coffee. As tempting as it sounded we declined and made our way out to the start of the infamous hike along the Los Angeles Aqueduct. 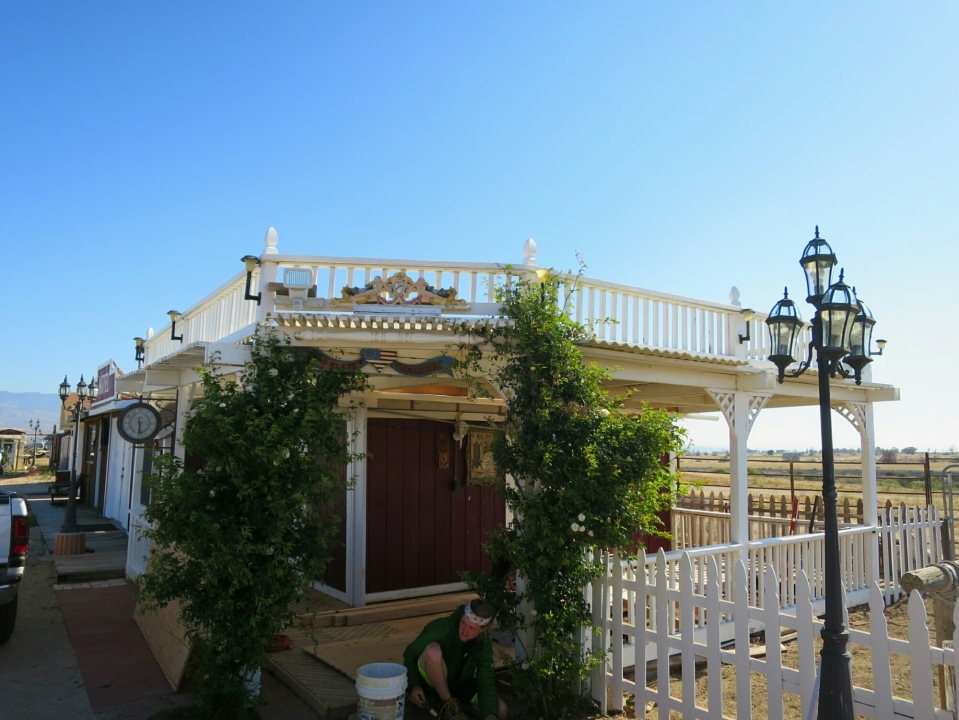 Open channel of the aqueduct

For the next 17 miles walking along and then on the LA Aqueduct we had little to no shelter from the sun. By the time we got to the covered section of the aqueduct the sun was high in the sky. For  the first time, in what felt like weeks, we were  baking in the direct blaze of the sun. At first it was nice to be warm again but then the heat of the day started to take its toll. We were going through quite a bit of water. Finding a spot of shade to sit under and have lunch was almost impossible. Air temperature was in the mid 80’s (close to 30°C).  I was regretting getting black shoes as my feet felt like they were cooking. When we were not on the concrete cover of the aqueduct, we were walking in sand.

It was warm as soon as we started from Hikertown

Piped section of the aqueduct

Our view for a large part of the day 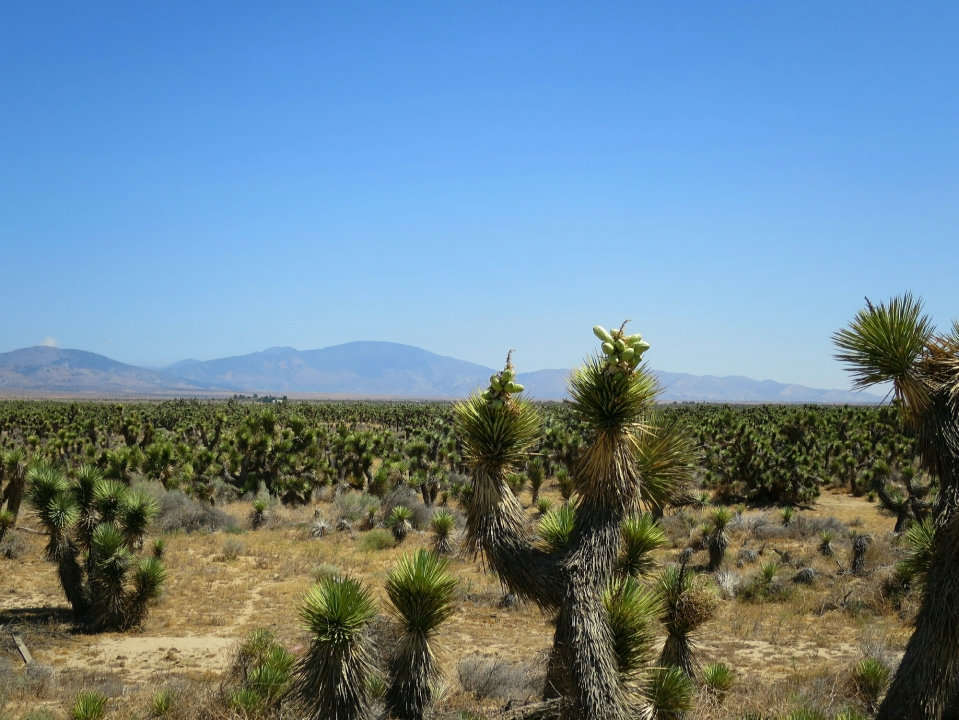 First sighting of the Joshua tree on rhe PCT

In the distance we could see what looked like large lakes. It was only on getting closer we realised they were absolutely massive solar farms. These were backed by hundreds of wind turbines. And yes, it was windy as we got closer to these. But the wind was not that strong and it was quite refreshing. 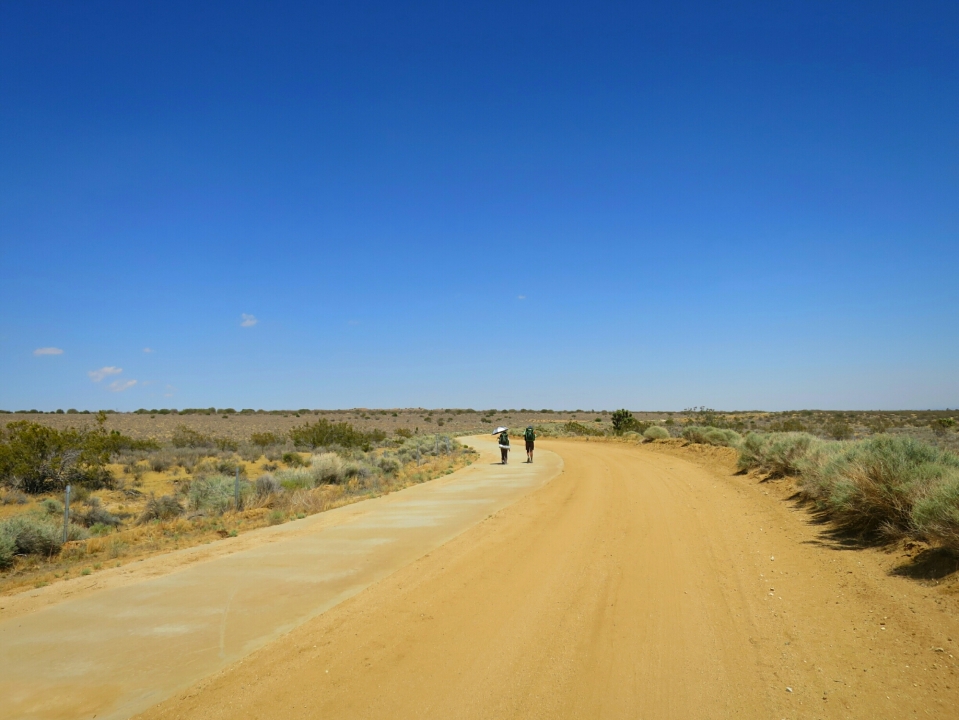 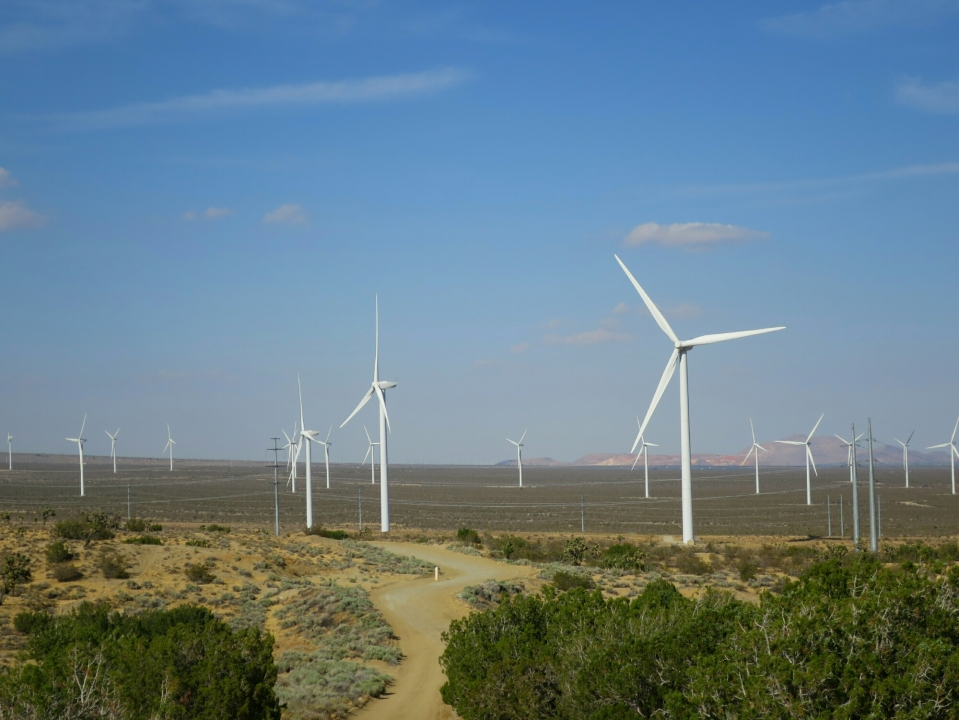 Slowly  we got closer to our destination for the day, a water fawcet on the aqueduct just near Cottonwood Creek. The creek was completely dry but the fawcet tapped straight into the aqueduct. Another generous soul had left an ice chest filled with Gatorade right by the fawcet.  We had a Gatorade, which was fantastic, and refilled on water and looked for a camp spot that was a little bit protected from the wind. We were surrounded by wind turbines.  I had always wanted to see one of these close up and here they were. We set up camp and watched the sun disappear over the horizon. The turbines were silloueted beautifully against the evening sky. So tall, the blades continued to spin as the light faded.  I was so tired I fell asleep before finishing this post. I woke up at 4.30am and it was a completely silent landscape. The wind had stopped and the turbines were still. Who would have guessed that we would have the best nights sleep ever in the middle of a  wind farm? 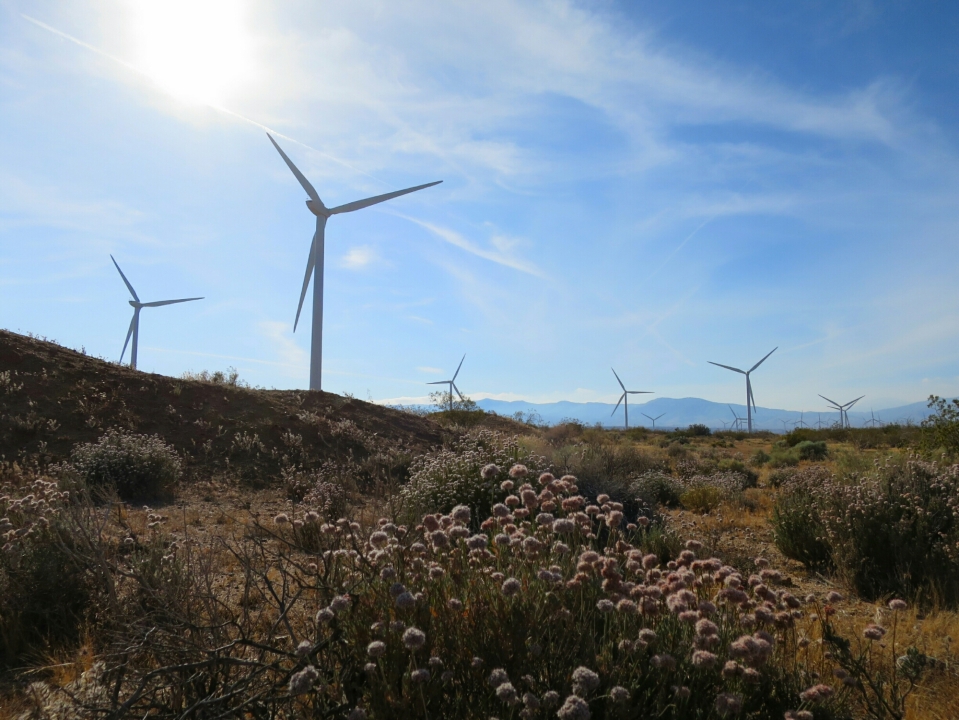 Dinner with a view

← IN THE DOG HOUSE
EMBRACING THE WIND →

2 thoughts on “HIKING THE LA AQUEDUCT”