THE ONLY WAY IS UP

Nearly at 8000 feet and climbing

Since being on the PCT I have had a strange reaction to sleeping in a hotel room. Last night I was wide awake until 2am and could  not get to sleep.  I was counting the blinking lights of the fire extinguisher system hoping it would lull me to sleep.  Finally fell asleep only to wake up again at 4.30 am. Less then perfect nights rest for what looked like it was going to be a hard day of hiking.  It was the same when weather forced us to stay in a hotel in Benning last week. Yet when we are camped I have fallen asleep as early as 6pm. Not sure what is going on.  Hammer had no problems and slept like a baby.

Anyhow we were eager to get going this morning, the mountains were calling. Hiking conditions were perfect. It was warm and sunny with a cool breeze.  We crossed over and under the Interstate- 15 freeway and the railway lines.  Finally got to see close up one of the huge freight trains we have been hearing for the past three days.  We were almost 5 miles from where we crossed the I-15 before the sound of traffic and trains  rolling along was behind us and was replaced by the sound of the birds and the bees. Good to be back amongst the sounds of nature. 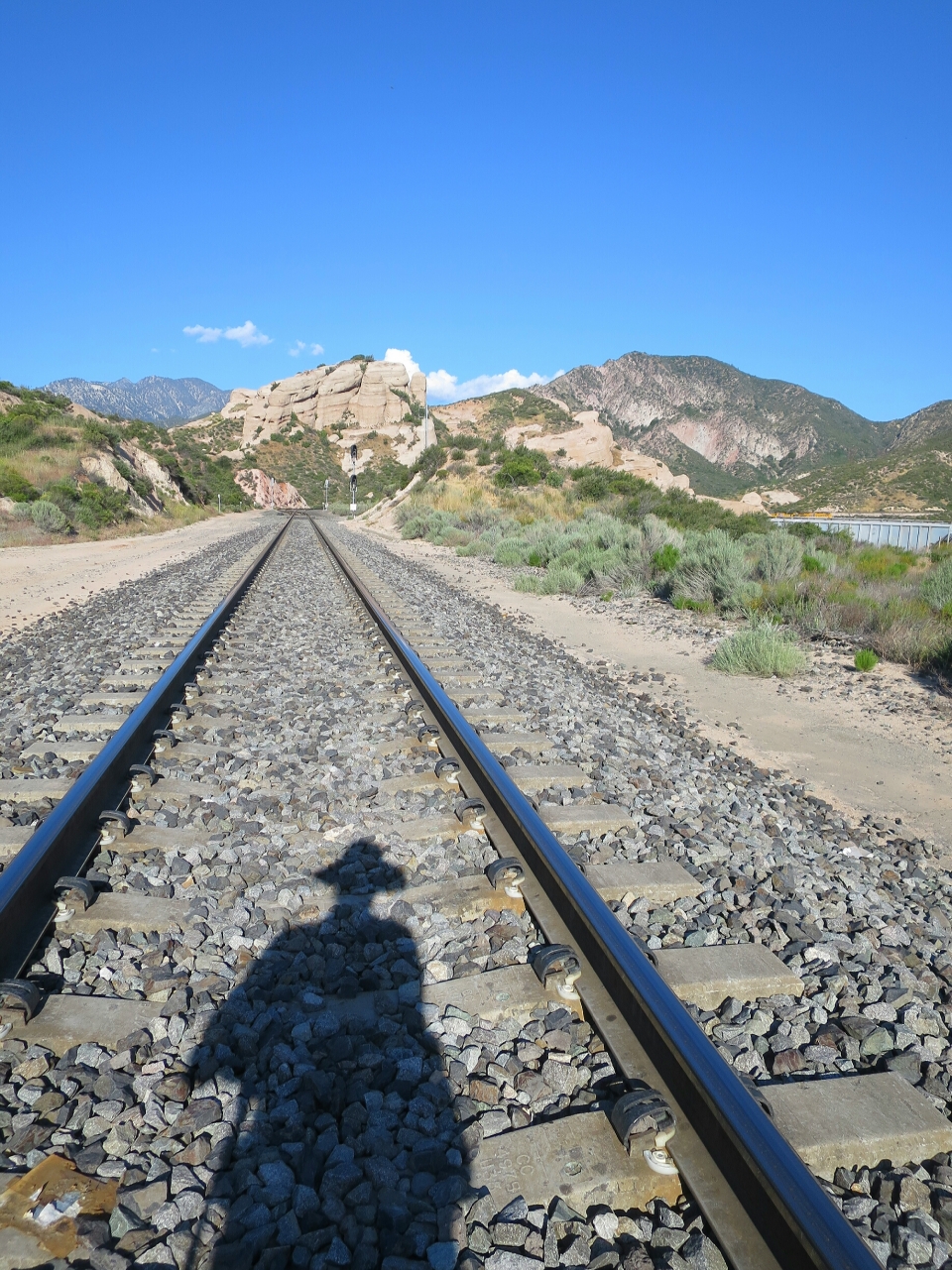 It was glorious hiking in the morning. We felt light and easy, despite our fully loaded packs. We were carrying food for 6 days and 12L of water between as we had a 24 mile stretch without water.    We were still in light and easy mode of hiking  as we crossed the San Andreas Rift valley. Woo hoo….the first of 3 crossings of the San Andreas Fault by the PCT. 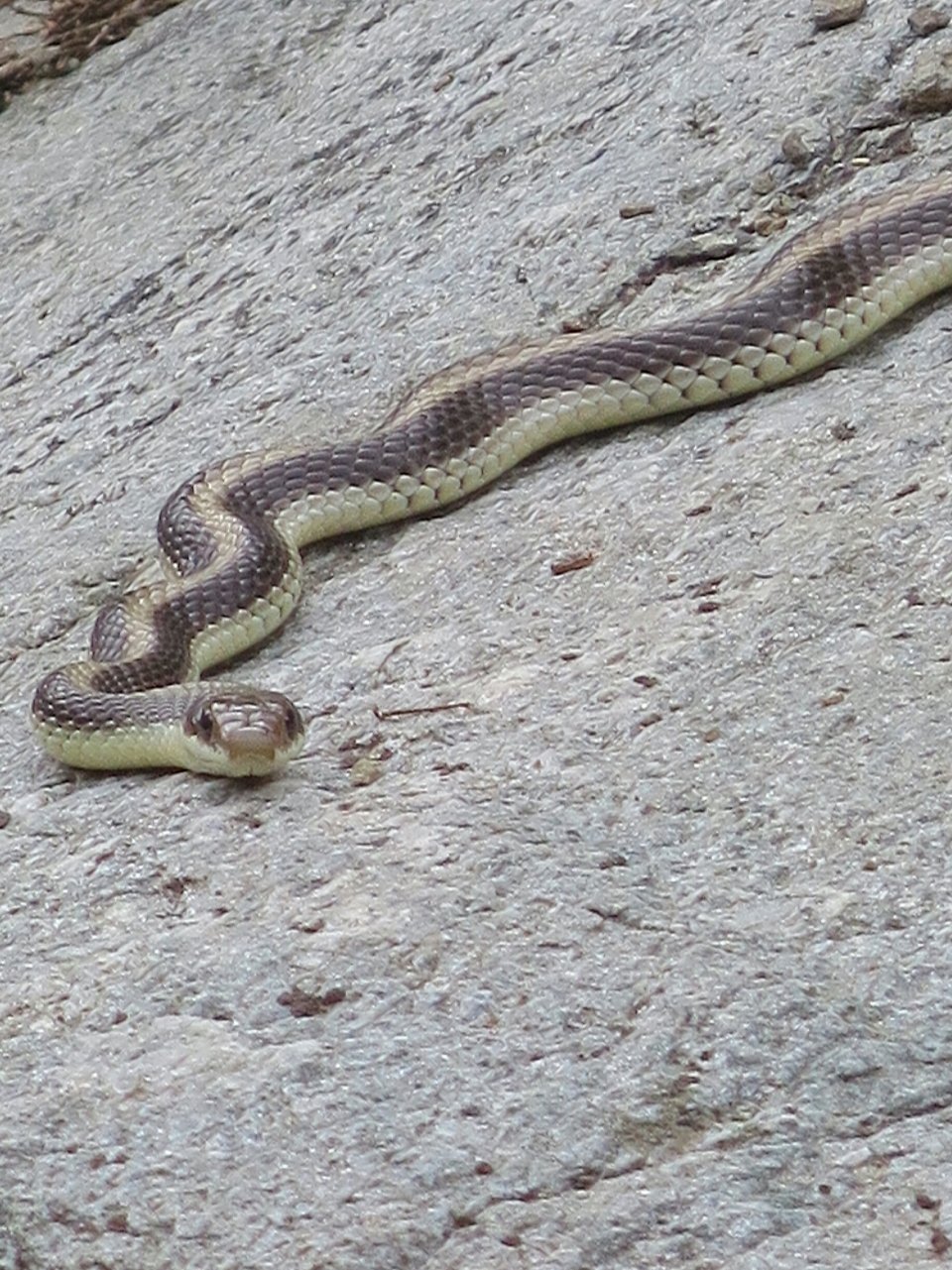 After the valley the trail just went up and up and up. The grade of the trail was quite gentle due to the numerous switchback.  We met only two other hikers, both of whom had an encounter with a very aggressive rattle snake. Not sure how we managed to miss it. But after seeing the video one of the hikers took of this snake, I am so happy we did not see it. 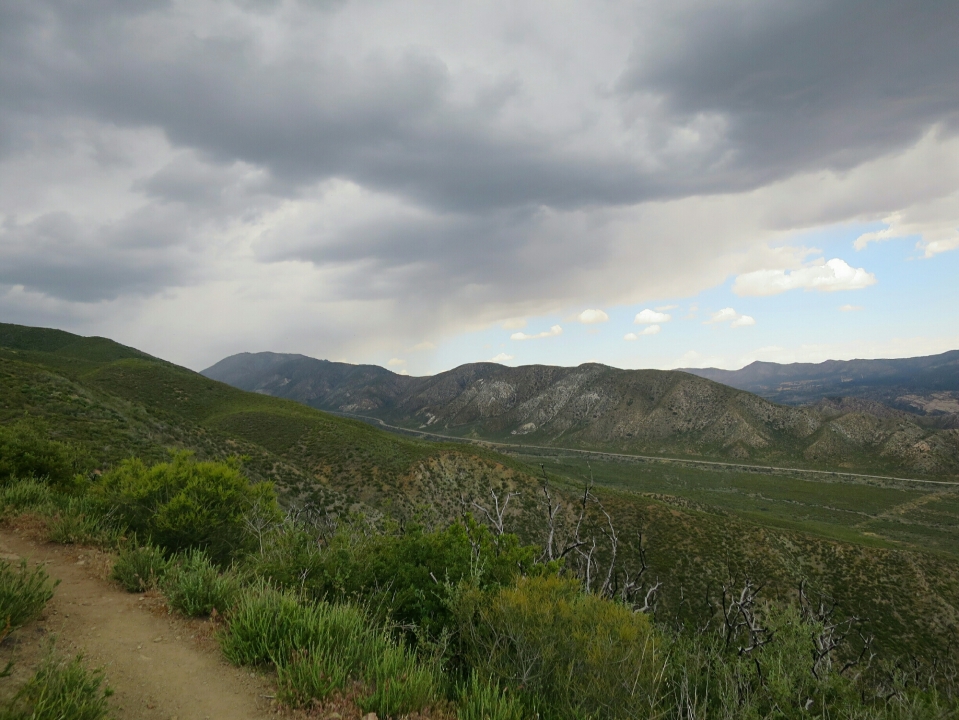 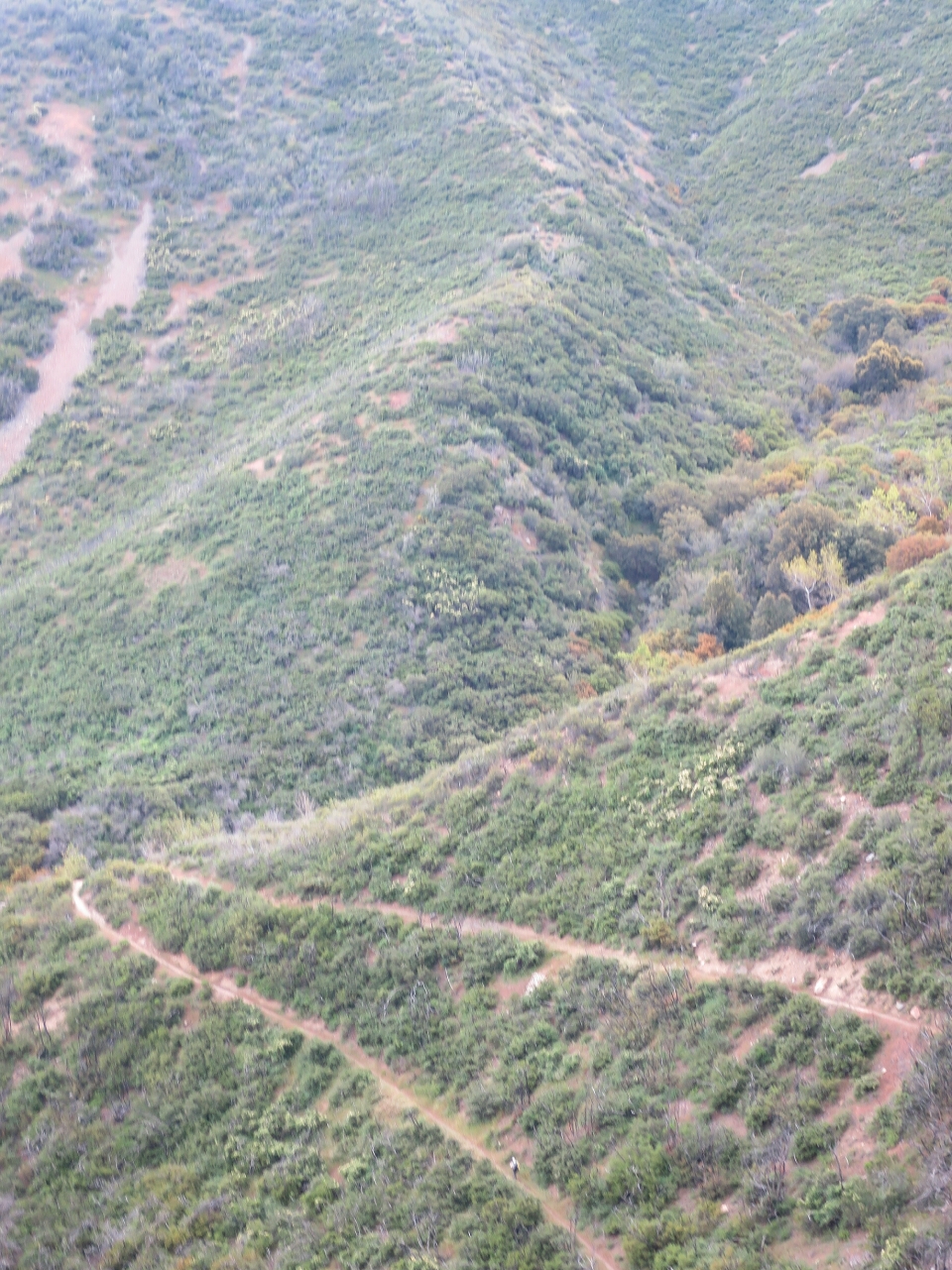 Nearly at 8000 feet and climbing

After lunch, the lack of sleep, the continual climbing and the heavy pack took its toll and I started to fall behind Hammer. We stopped a few times to rest and by 5pm we called it quits. We found one of the few flat spots just off the trail. It is quite and  sheltered and although we are at nearly 8000 feet elevation it is not overly cold. We managed to cover 18 miles in 9 hours, climbing 5,000 feet in elevation.  It was all up today.  As we finished setting up camp and cooking dinner we discovered that we must have left our spoons behind at the hotel. So dinner was eaten with fingers.  After dinner Hammer, very Bear Grylls style,  started to whittle a spoon out of timber.  I thought he was joking but no, he did it. I  am tired and am going to bed in the Big Agnes Copper Spur Hilton.

We came from down there somewhere 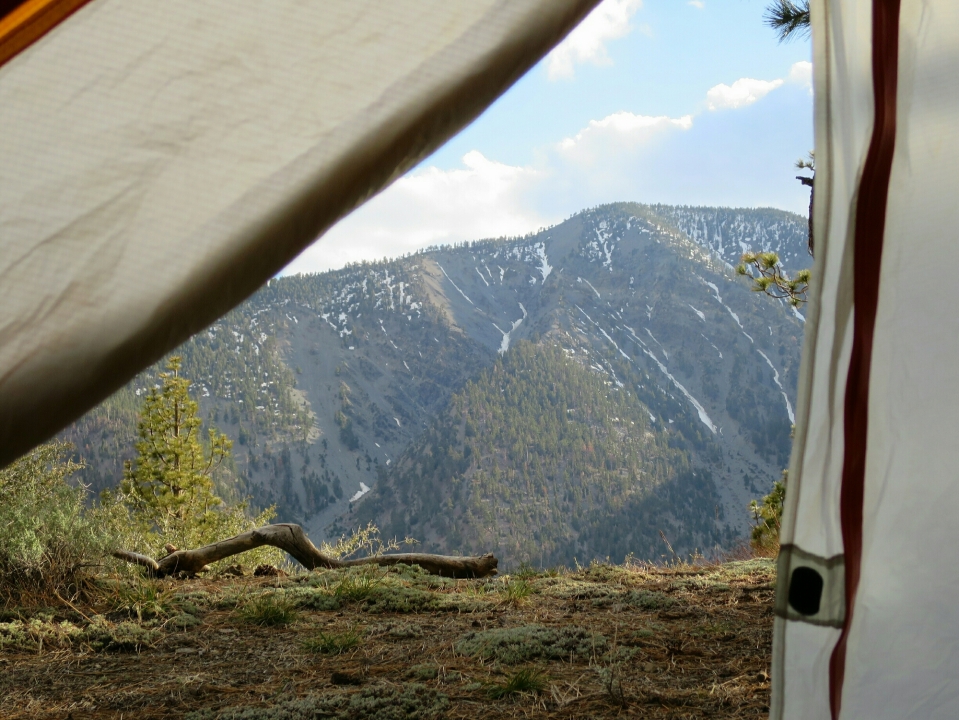 Room with a view

← CAJON PASS
AND UP TO MT BADEN-POWELL →

6 thoughts on “THE ONLY WAY IS UP”