Pralognan-la-Vanoise June 29-30, 2013
We farewelled Geneva on a grey overcast morning and finally after 6 months of planning we were on our way to Pralognan la Vanoise, for Hammer to race in The North Face Tour of the Vanoise Glacier. It was after entering Hammer in this race on the January 1, 2013 that I started planning our Grand Voyageuer.  The race was originally to be 73km on trails around the Vanoise Glacier, but due to the late season snow cover,  the course was re-routed and shortened to 64 km.  It looked like a race I would have dearly loved to have done – stunning trails, running above the clouds in high mountains  – but it was not be. Instead Hammer agreed to run it, even though the distance was more than he wanted to run while on holidays.  The revised course had a total of  +3,642m of elevation gain and -3,637m of descents. We just don’t have anything like this at home. 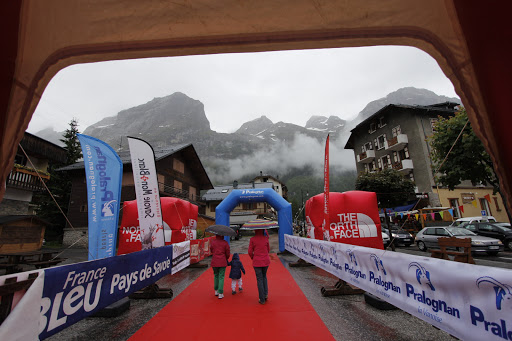 We arrived in Pralognan, which is located in a valley about 4km east of Courcheval, to steady rain and crispy cold temperature.  The view around the village was obscured by low hanging cloud, but even with that you could see that we were surrounded by high peaks in all directions.  I have to admit to some reservations about what I had got Hammer into. 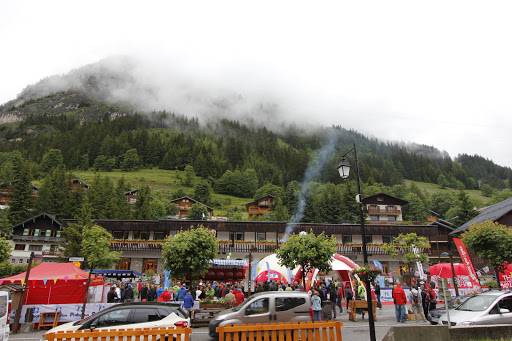 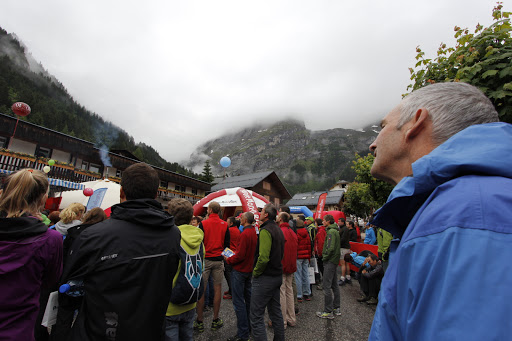 After settling into our apartment we found race registration and at this point there was no turning back, whatever the weather.  Race briefing was at 6.30pm and by that time the rain had stopped and the clouds started to recede and race day was predicted to be clear. 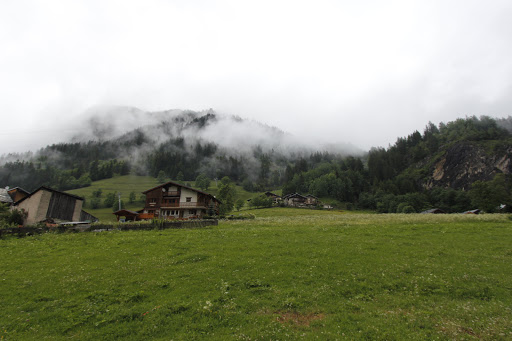 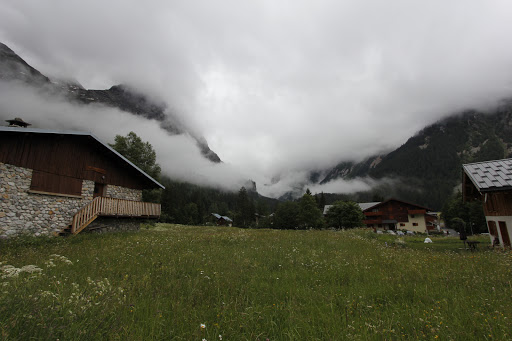 Did not understand much of the race briefing but it was interesting to observe other runners.

Race morning was just as predicted, no rain and not overly cold. Pre-race energy is like any other race where runners nervously pace about, eager to get underway and get the job done. The race got away about 5.20am.  The re-routed course loops through town which was great for spectators  to be able to see runners later in the day.

And what a glorious day it turned out to be. The scene was so beautiful, I could ot stop myself from taking pictures just about everywhere  I looked.

Snow covered peaks in all directions and clear blue skies. I missed Hammer on his first pass through town but got to see him 44km into the race, still smiling and looking forward to a beer after just one more climb and a final descent back into town.

From the race winners time I estimated that Hammer would take about 4hrs to do the last 20km of the race.
And so it was,  a brutal 20 or so kms took him 4hrs and 10 minutes for a race time of just over 12 hours. So relieved to see him finish and looking very comfortable.