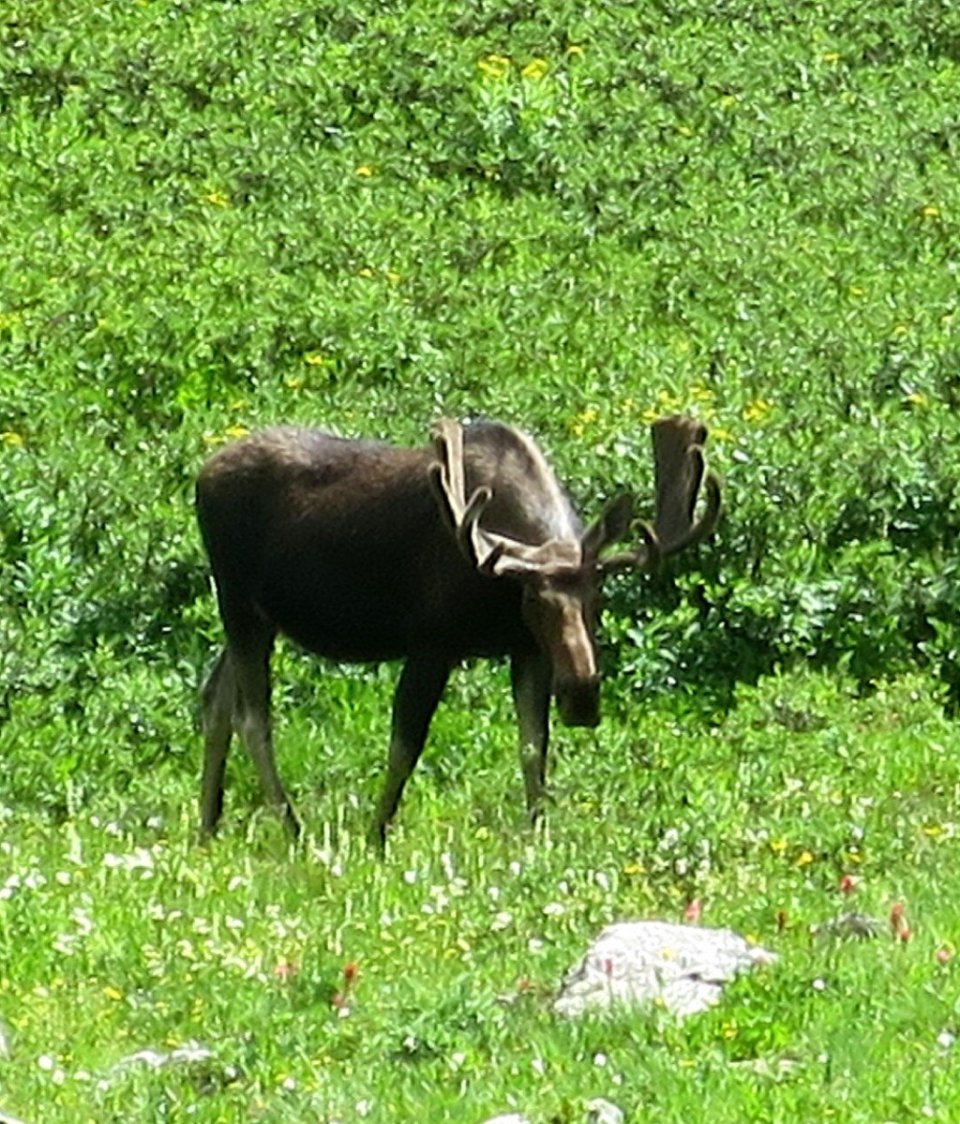 The forest was perfectly silent and still as we broke camp this morning. A dark grey sky suggested that there will be no visible sunrise. 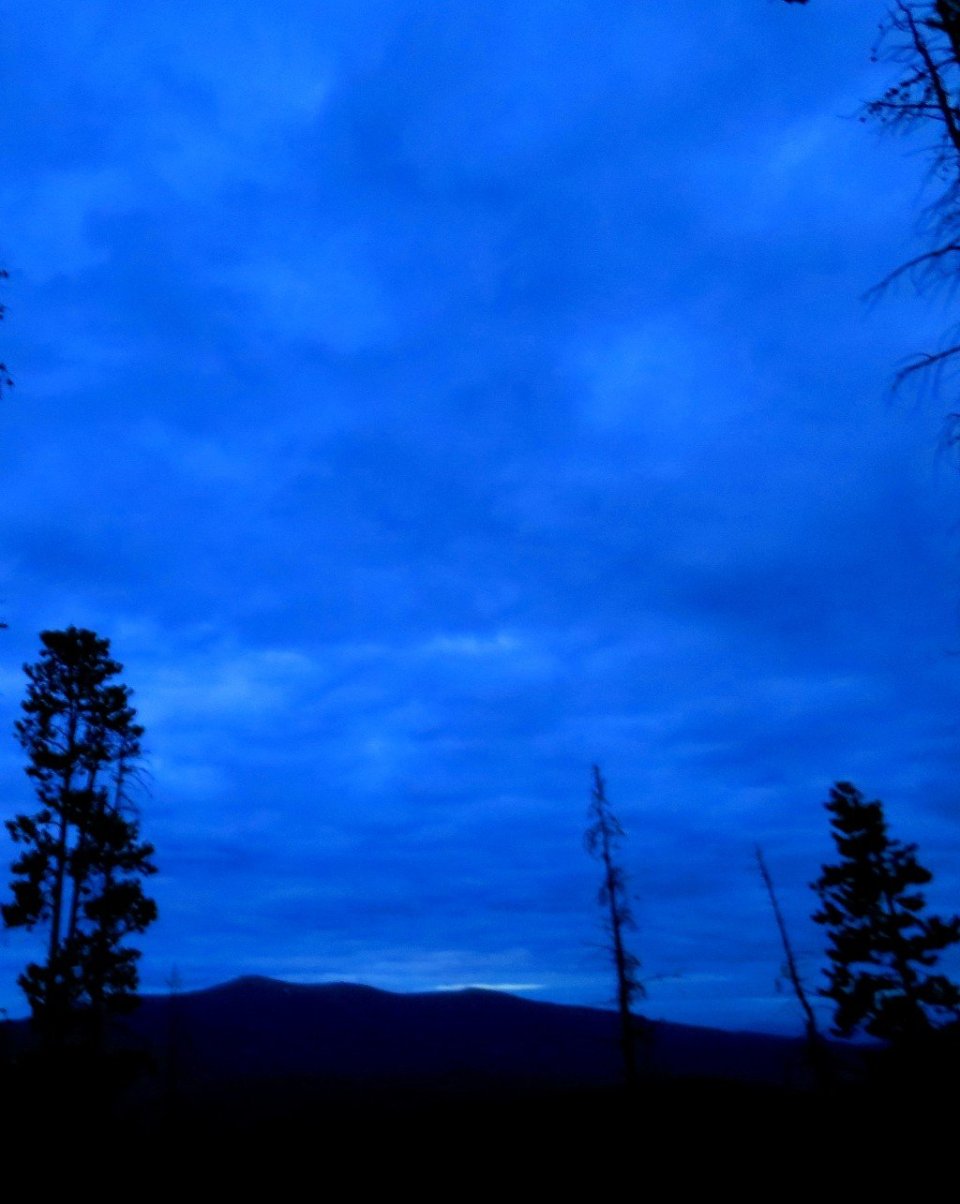 The sound of an occasional plane flying above the grey canopy, that had descended over us, broke the silence. Otherwise it was just the rhythmic crunch of our feet on the trail as we got the day underway. It felt very meditative.

We descended to, and then followed Trout Creek upstream. The sound of the gentle flow of the creek echoed though the narrow valley. The tall pines of surrounding forest were mostly dead due to pine beetle. Although it was encouraging to see regrowth was occuring. 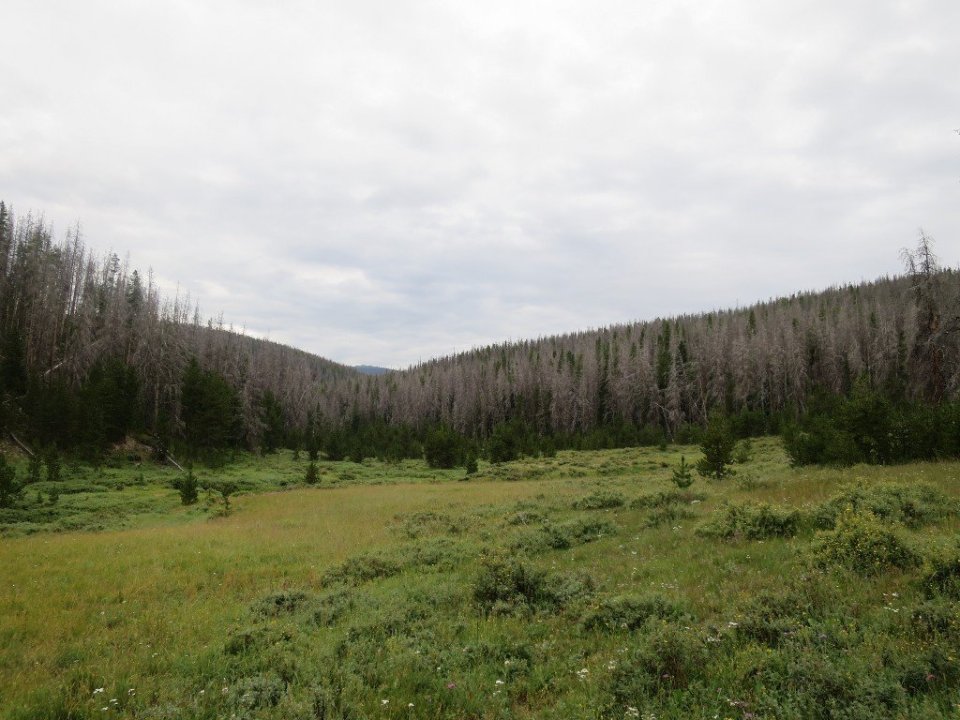 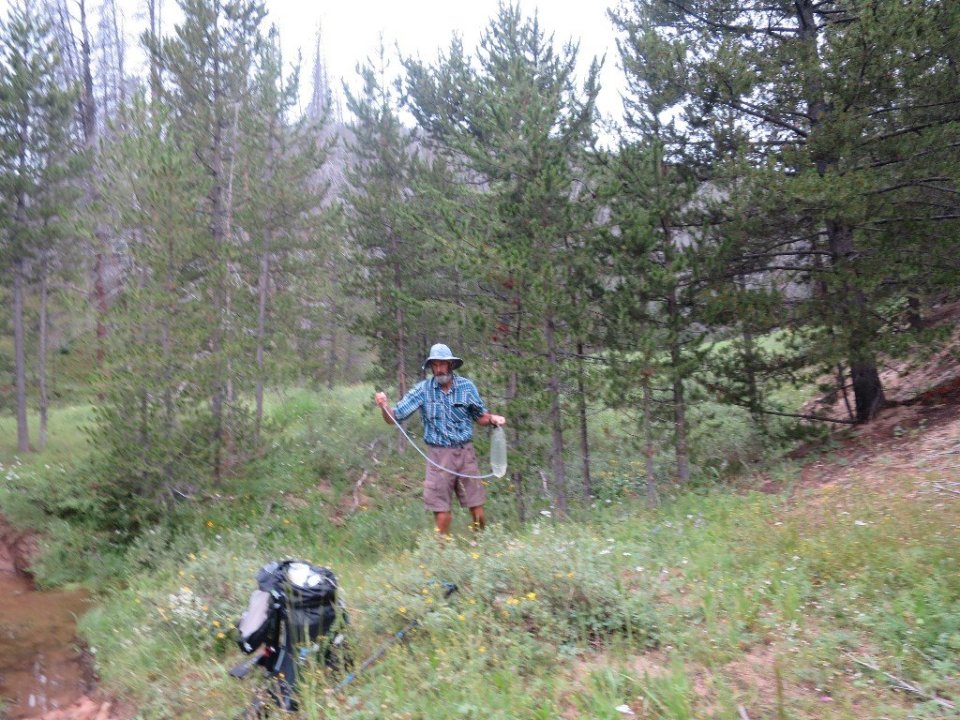 We made our way up and out of the valley climbing 2,500 feet in 5 miles to reach Ruby Mountain. A small, or maybe not so small, hiccup in the climb was my navigational error. I had my head down, tail up and missed a turn in the trail, sailing on downhill for what I soon realised was the wrong trail. We were at least a mile off course. It was an annoying mistake having to back- track uphill and then continue on the correct trail still climbing steeply. The trail up Ruby Mountain tops out at 11,400 feet.

We stopped for lunch on the side of the mountain near the headwaters of the Illinois River. Patches of blue sky were quickly covered by dark looking clouds, rain was not too far away. 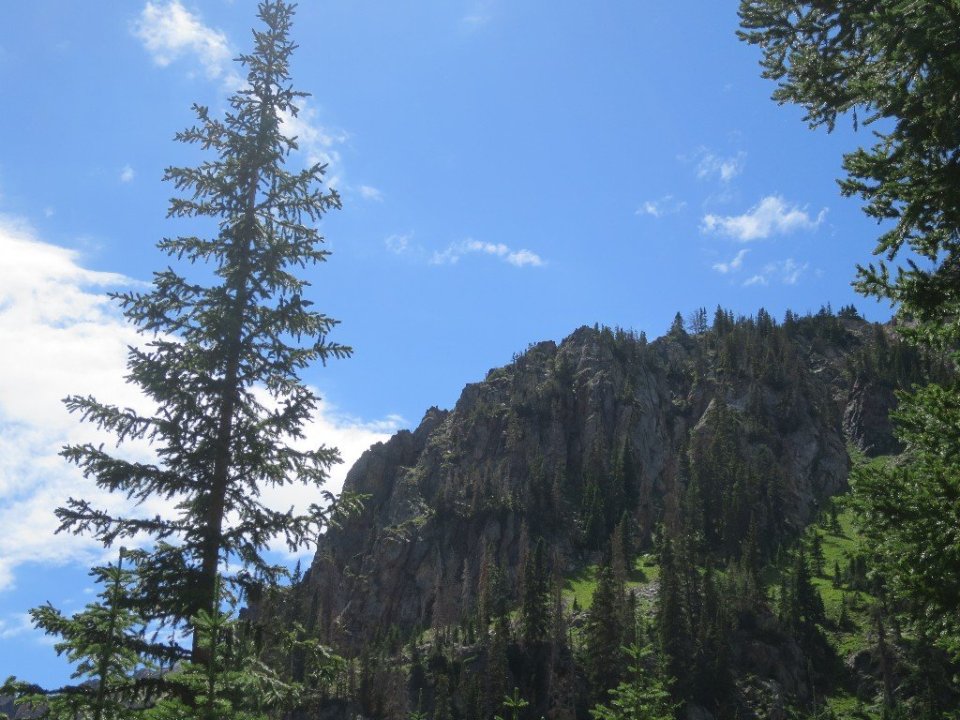 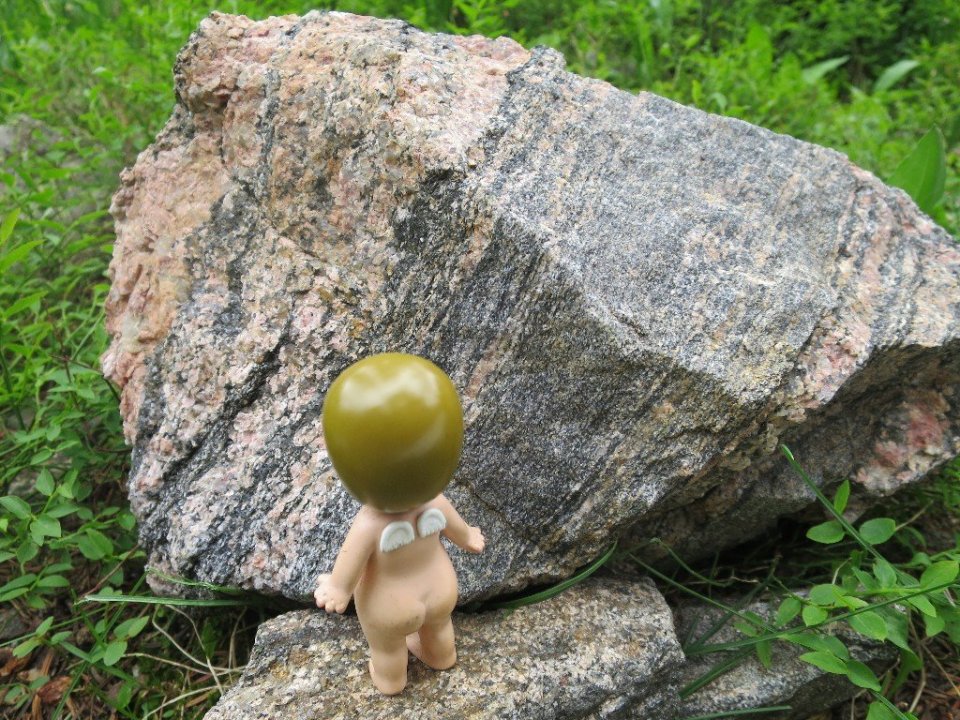 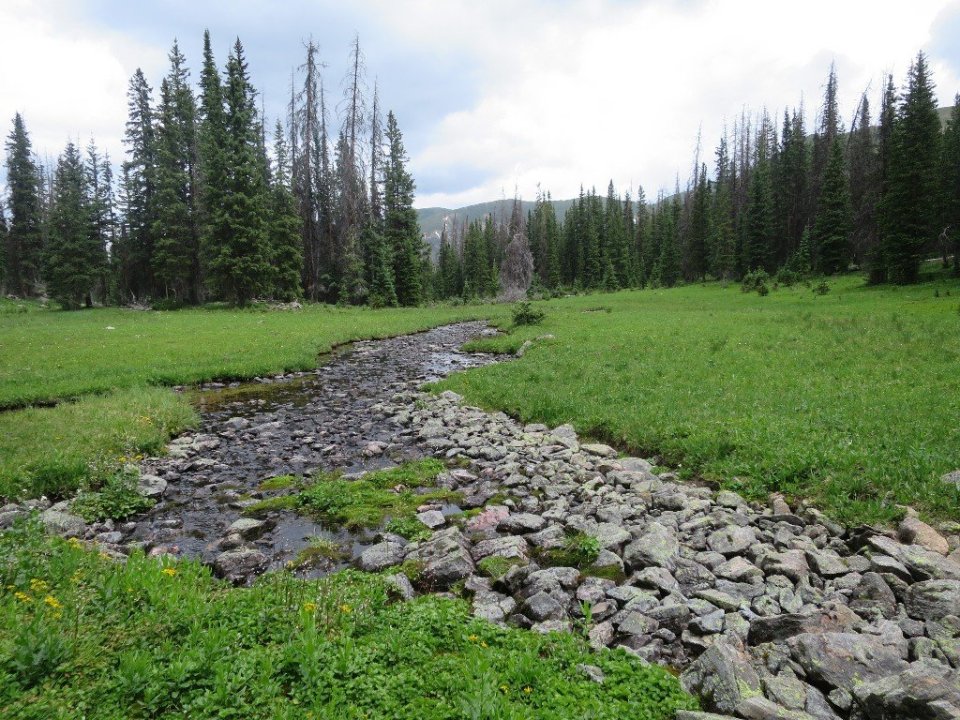 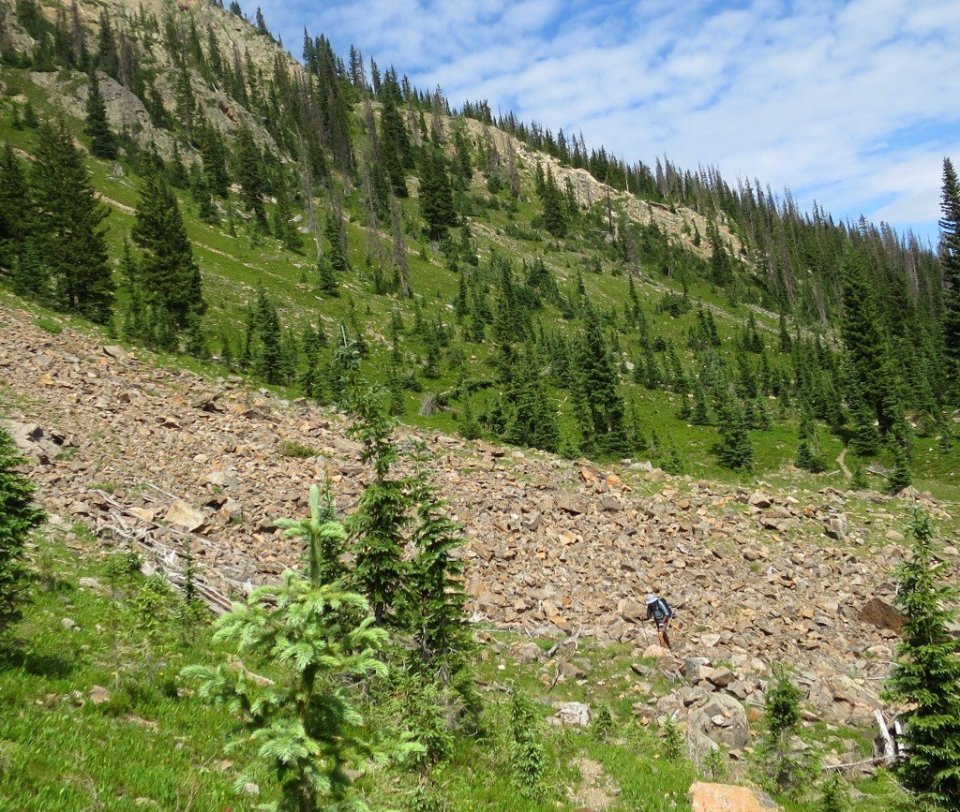 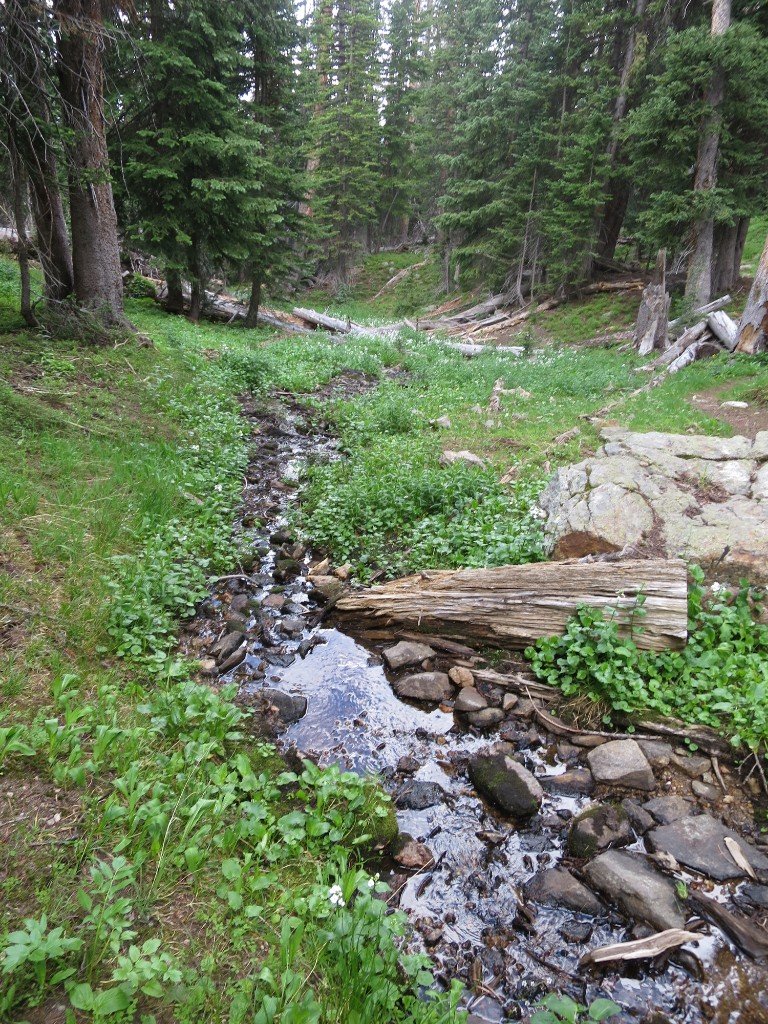 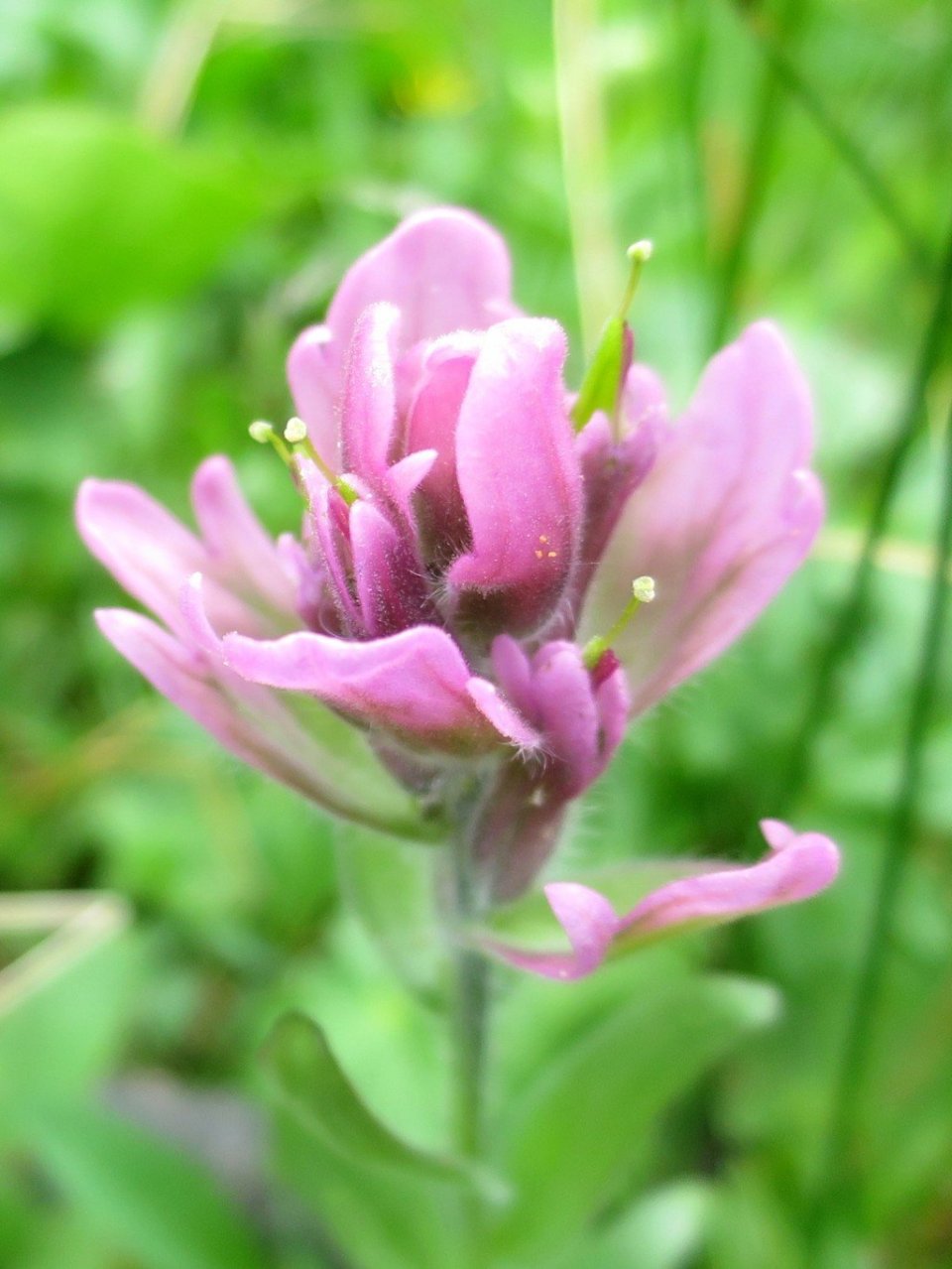 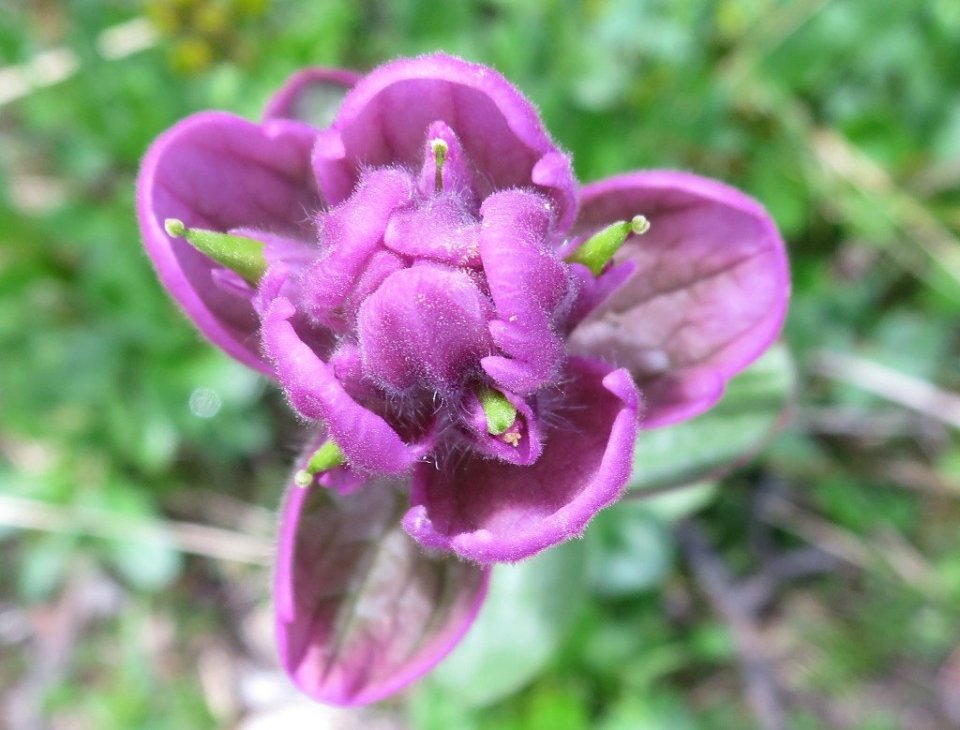 We followed the mountains around the bowl passing quite a few gushing springs. It seems like the mountain was seeping crystal clear water in a number of spots. All the springs were going downstream into the Illinois River.

The sky was getting darker and the sound of thunder seem to be getting closer. We left Ruby Mountain and started to ascend Bowen Pass. It was hard to tell if the storm was coming towards us or moving away. We took a chance and headed out in the open to go over the pass. Half way up lightening lit up the sky behind us and thunder started to get closer. A heavy mist carried by a strong cold wind started to roll in as we neared the top of the pass. We dropped over the other side of the pass where there was some protection from the wind. 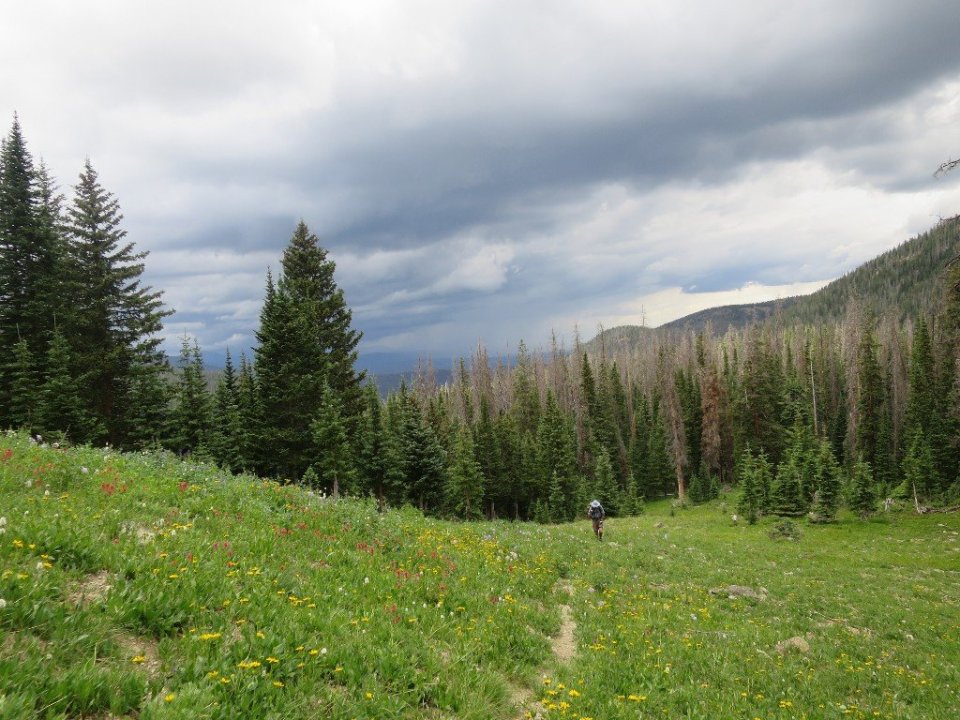 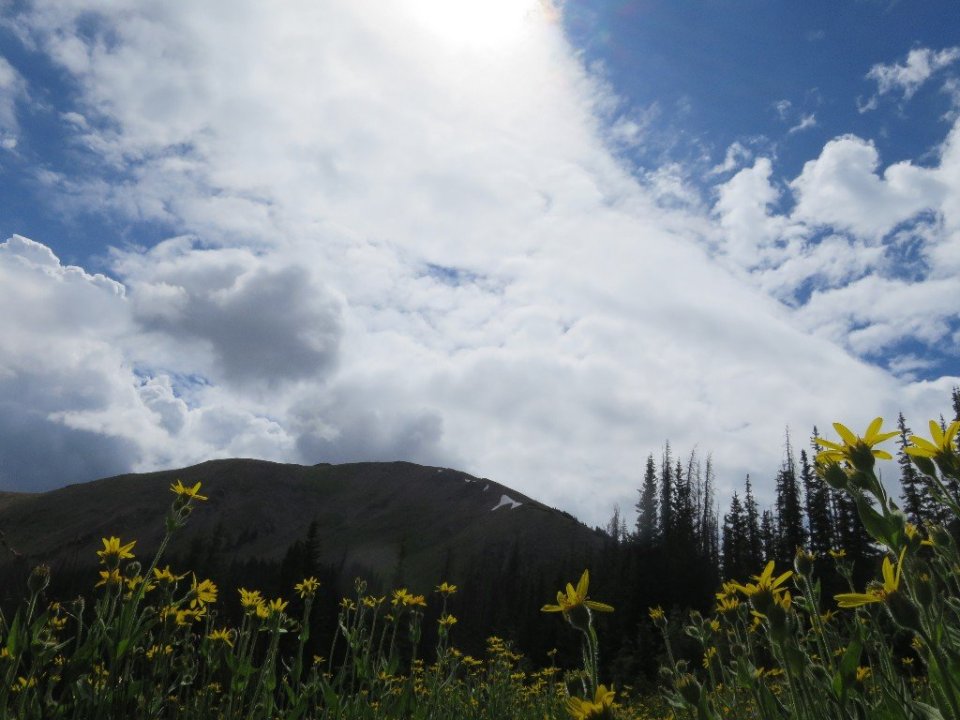 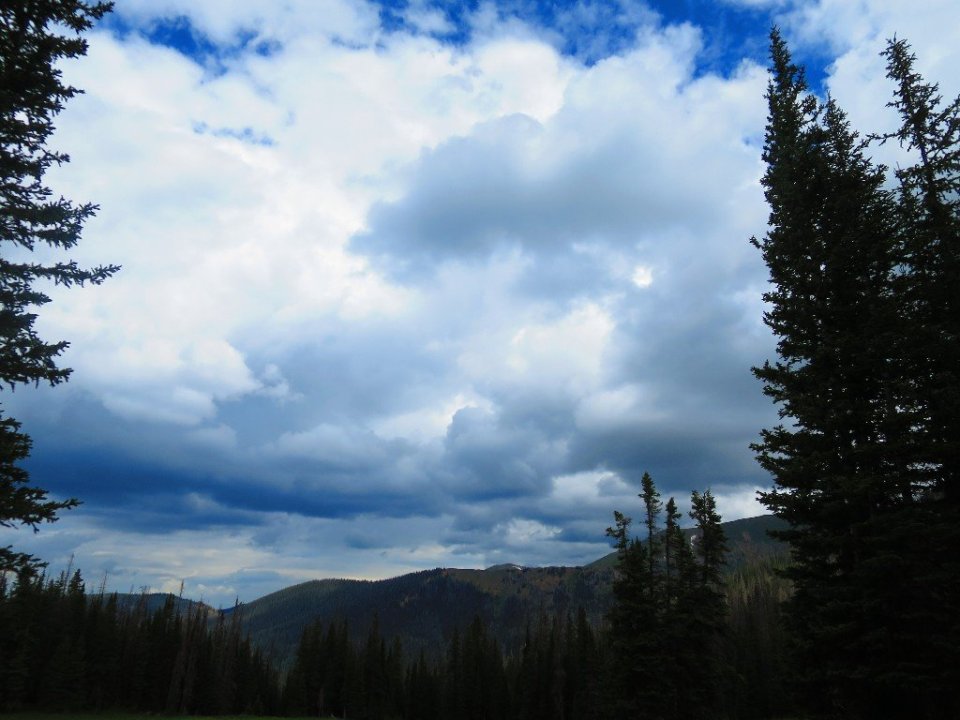 As we began to descend it started to rain, icy cold raindrops. It was surprising how quickly the temperature dropped. Less then half an hour later the rain stopped, the clouds lifted and the sun came out The quick change in the weather was quite surreal. 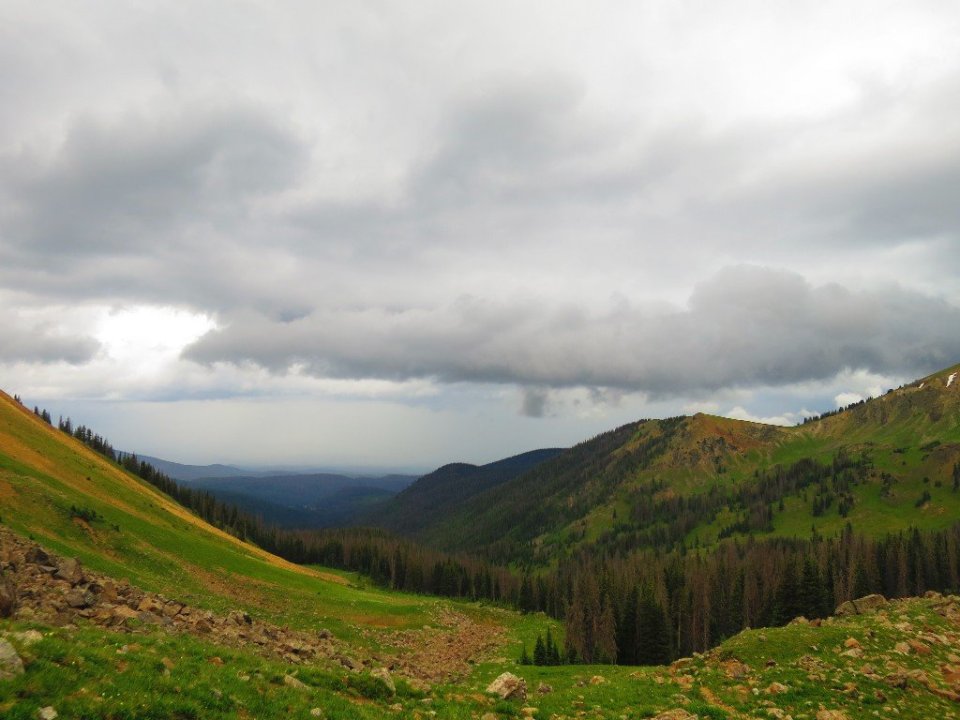 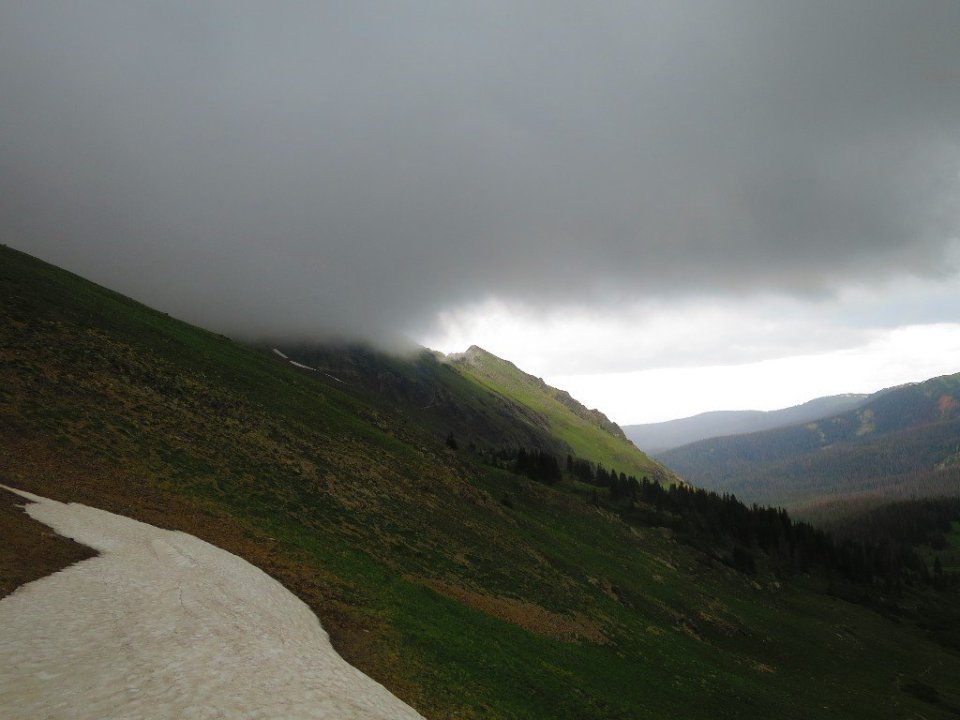 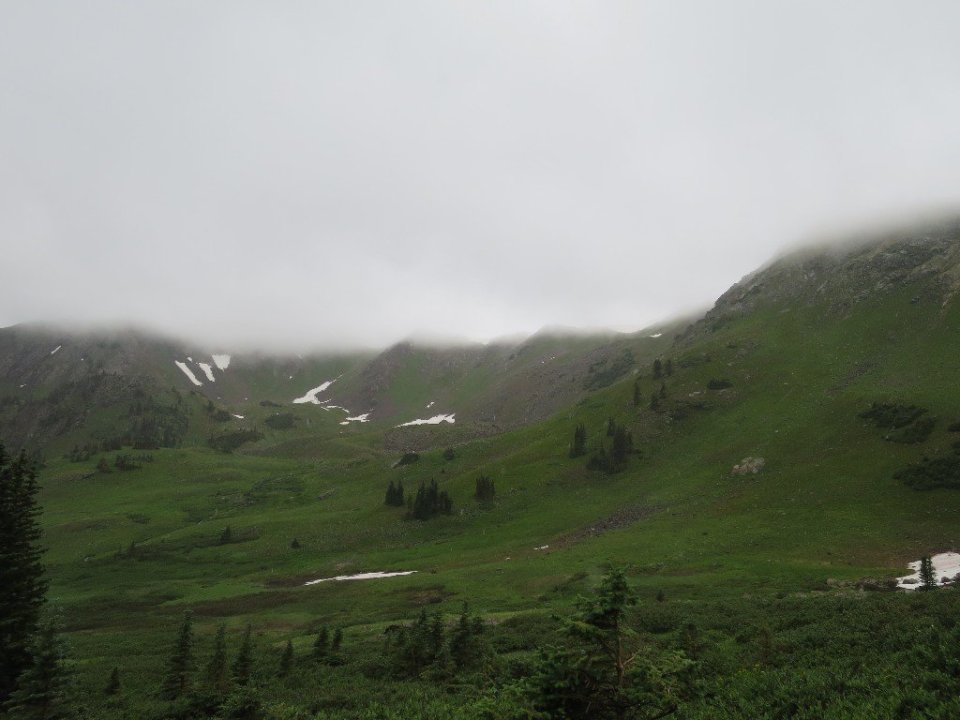 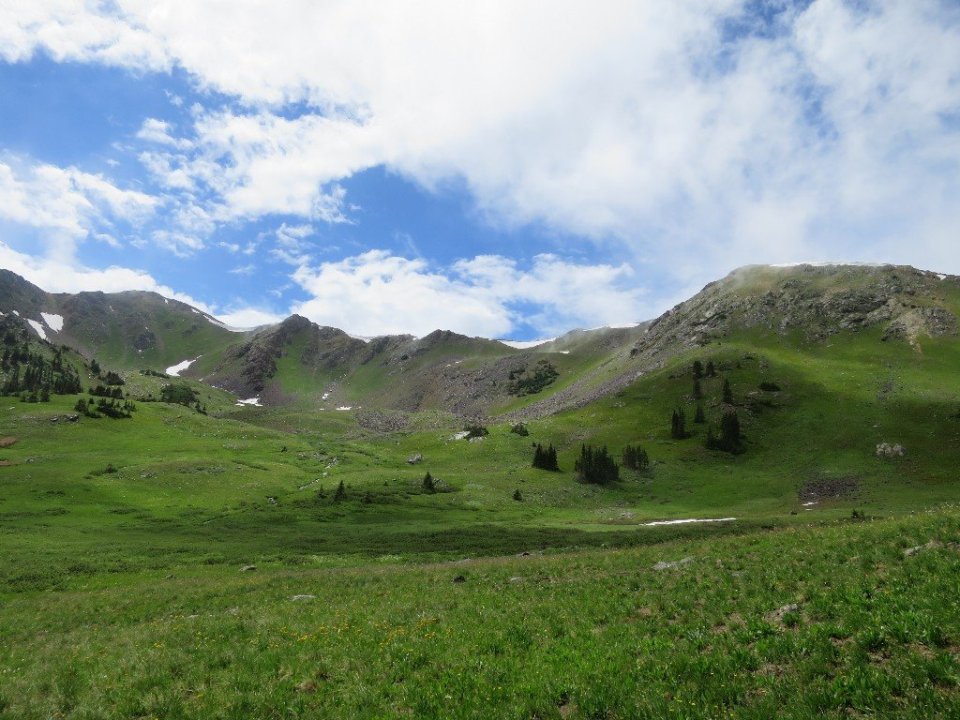 As we continued following Bowen Creek valley towards the Colorado River we came upon 7 moose grazing by the creek. Their huge antlers looked ungamely. But they looked so elegant and moved at ease. One or two would look up at us and continue grazing. We watched them for a bit and then took a wide berth around to get back on trail. 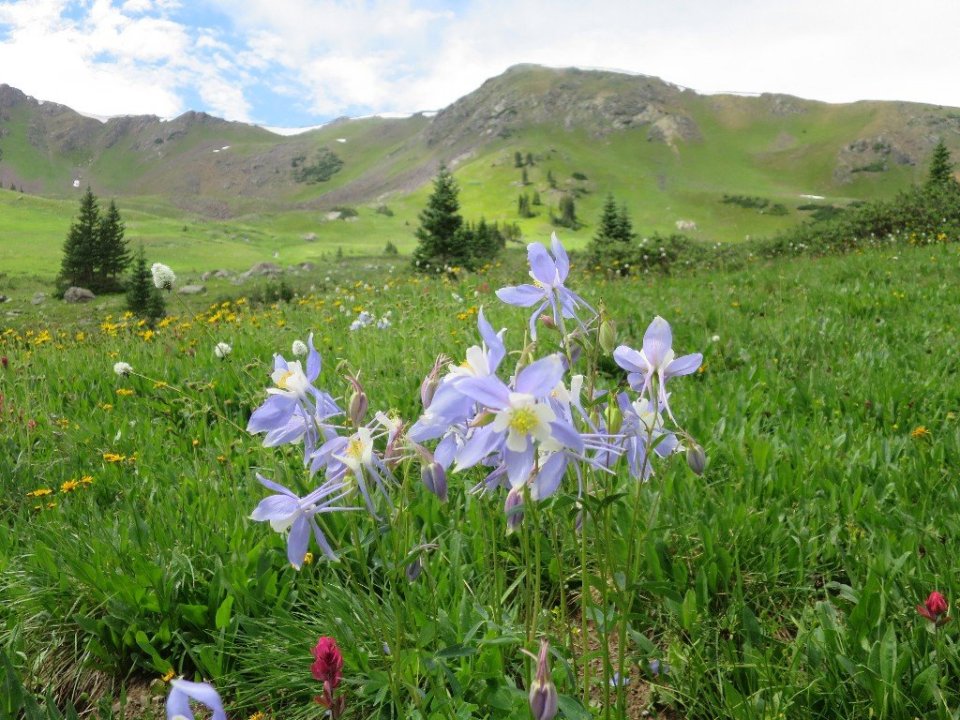 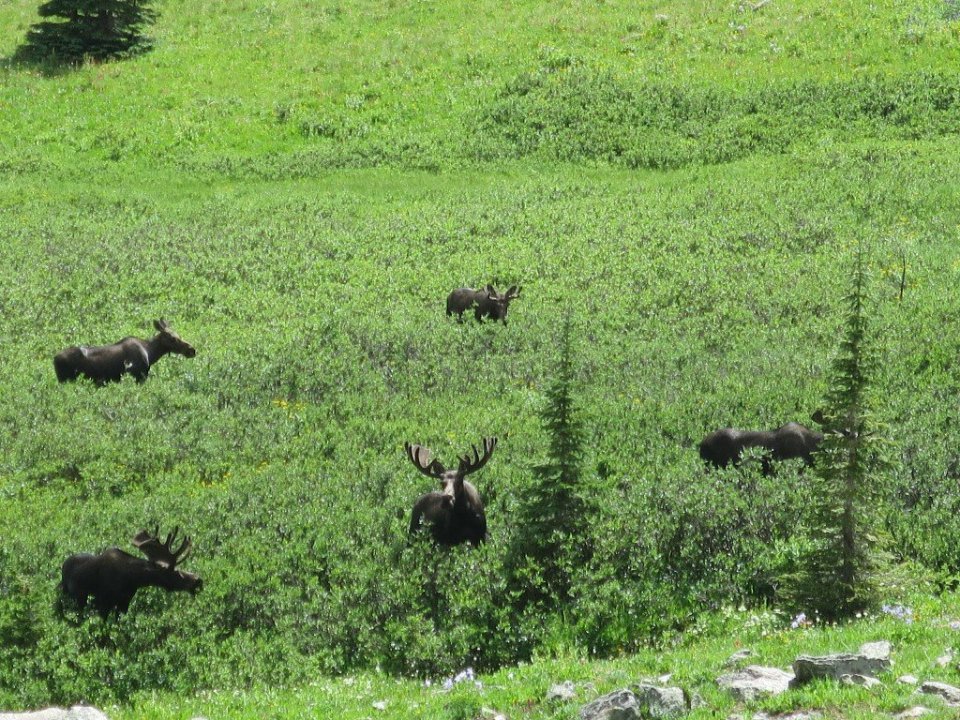 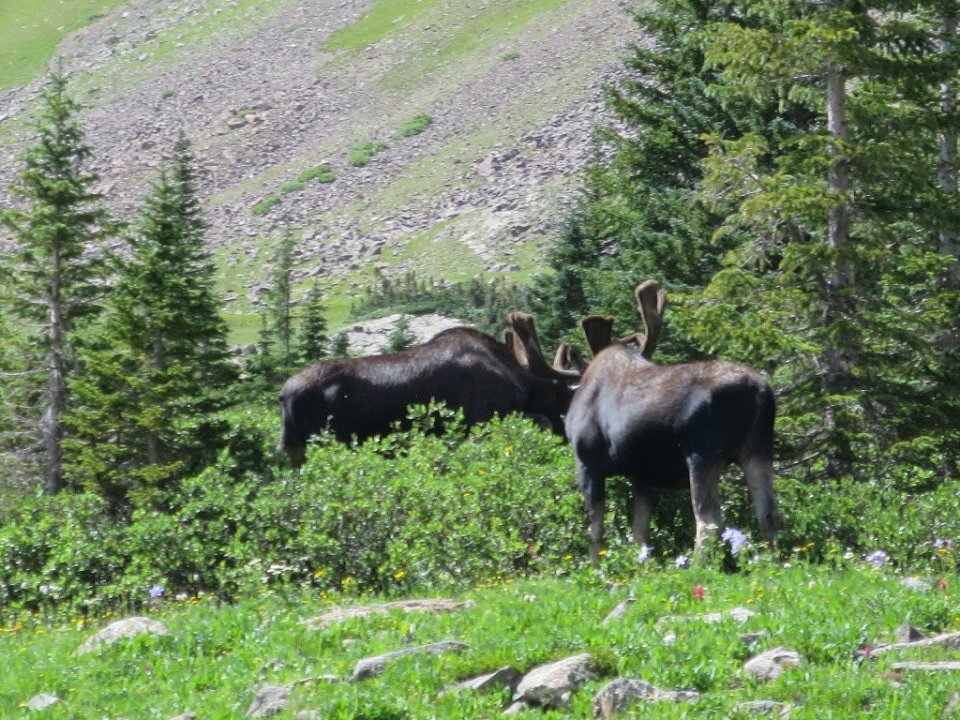 The descent along a rough trail, following Bowen Creek, led us to a huge meadow and soon we crossed the Colorado River. This felt like another milestone on this trail.

Twenty miles of the trail from here passes through the southwest corner of Rocky Mountains National Park. We reached the boundary to the Park sooner then expected. This left us in a bind, we had no permit to camp in the park and were not carrying a bear canister, which is required to get a permit to camp inside the park. We had planned to camp outside the park then hike the 20 mile loop through the park coming out at the town of Grand Lake. So we took a more direct route to Grand Lake along Highway 34, bypassing the 20 miles inside the Park. 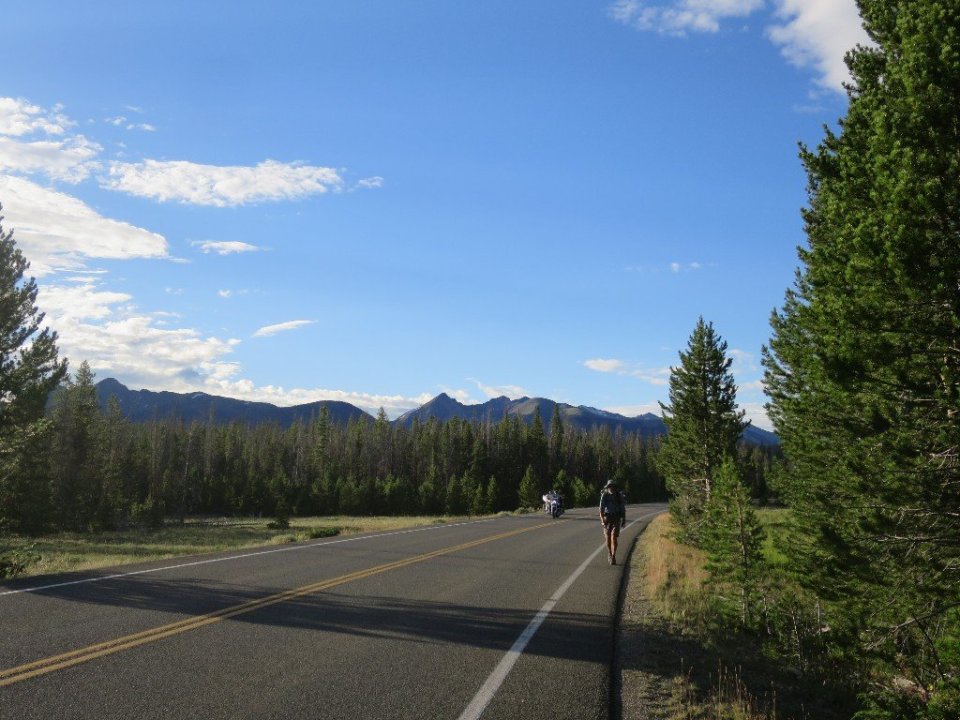 Once we had phone service I tried to book accomodation in town but being close to the weekend, everything was booked out. So we stealth camped by the highway once we passed out of the park at the Grand Lake Entrance Station.