We were camped at 9,200 feet in elevation. I was surprised I could sleep so well. It had rained through the night but as we broke camp waiting for first light, the sky looked grey and overcast. We only had a short day to hike before getting to the small town of Encampment to pick up our resupply package. We broke camp and were on our way by 6am. 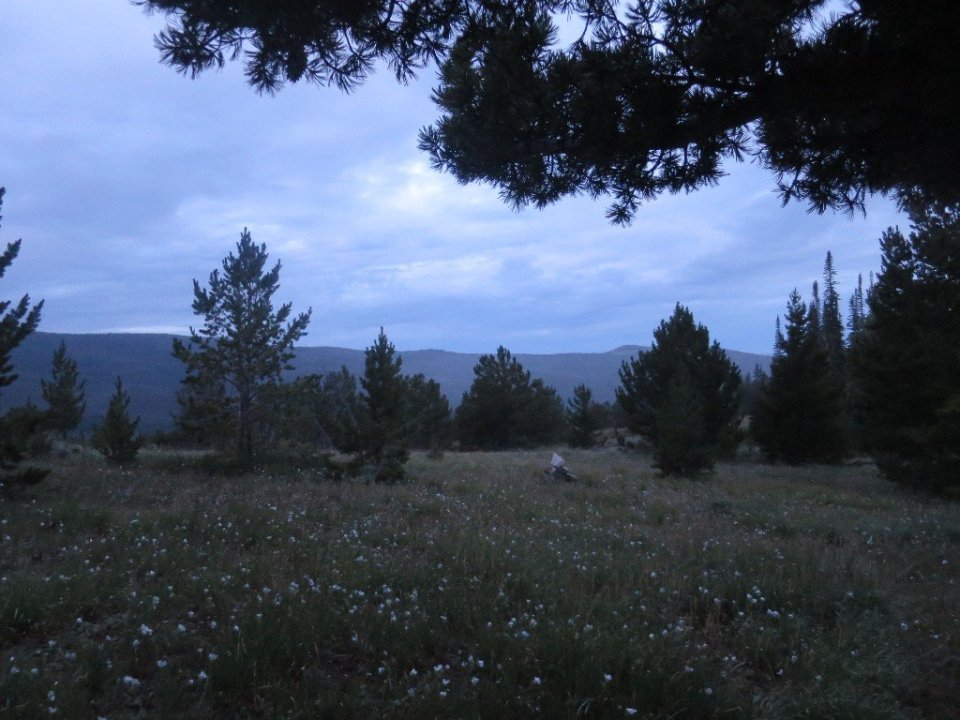 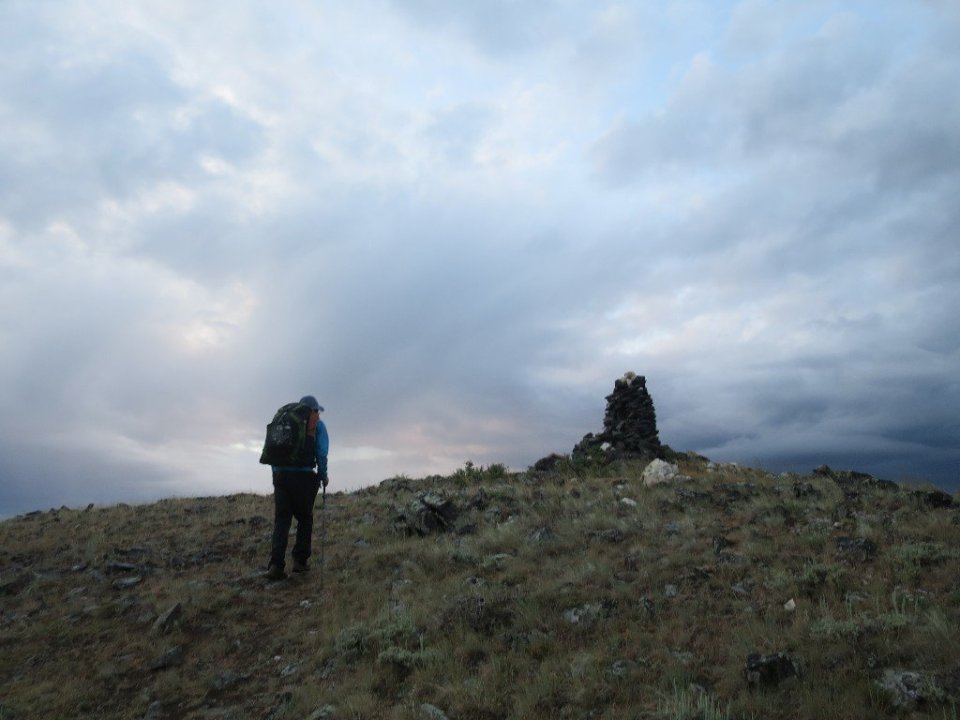 The wind whistling through aspen trees made the most beautiful sound, like those rain sticks where the seeds tinkle when the stick is moved. It was a beautiful sound to hear as we passed a stand of aspen trees which were left behind a tree logging operation.

The cool, clean mountain air was delicious. A light drizzle of rain continued to fall as we climbed Mt Bridger at 11,000 feet. The drizzle soon turned into rain proper. At least it wasn’t overly cold. By the time we reached the top of the mountain, a mist had rolled through closing out any views. I had hoped for phone service from the top but had no luck. The rolling mist made the air feel colder. This feeling was exacerbated by snow patches still lingering near the top. 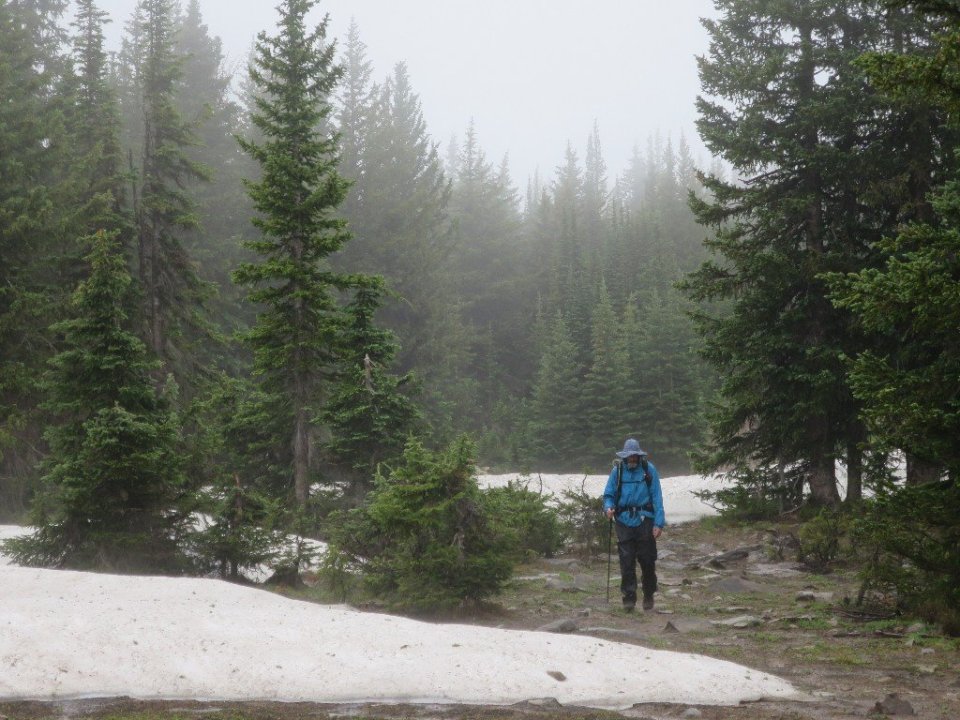 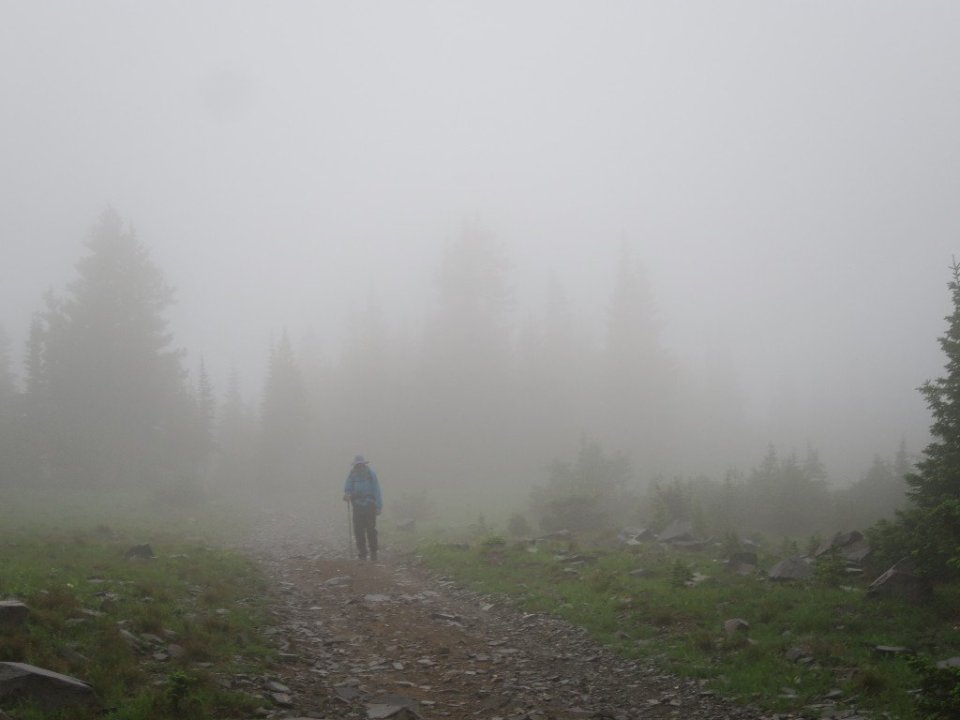 On the way down the mountain I got phone service. We had heard that getting a ride from the trail junction to Encampment was difficult. I had a phone number for a trail angel in town and I was able to contact Tamy who was able to drive out to come and get us. That was such a relief. My feet were pickled in the shoes and I was looking forward to a shower and dry feet. Hammer had new shoes and managed to keep his feet mostly dry.

By 2pm we were in town and settled in a cabin. Better weather is predicted for the next few days as we head into Colorado. 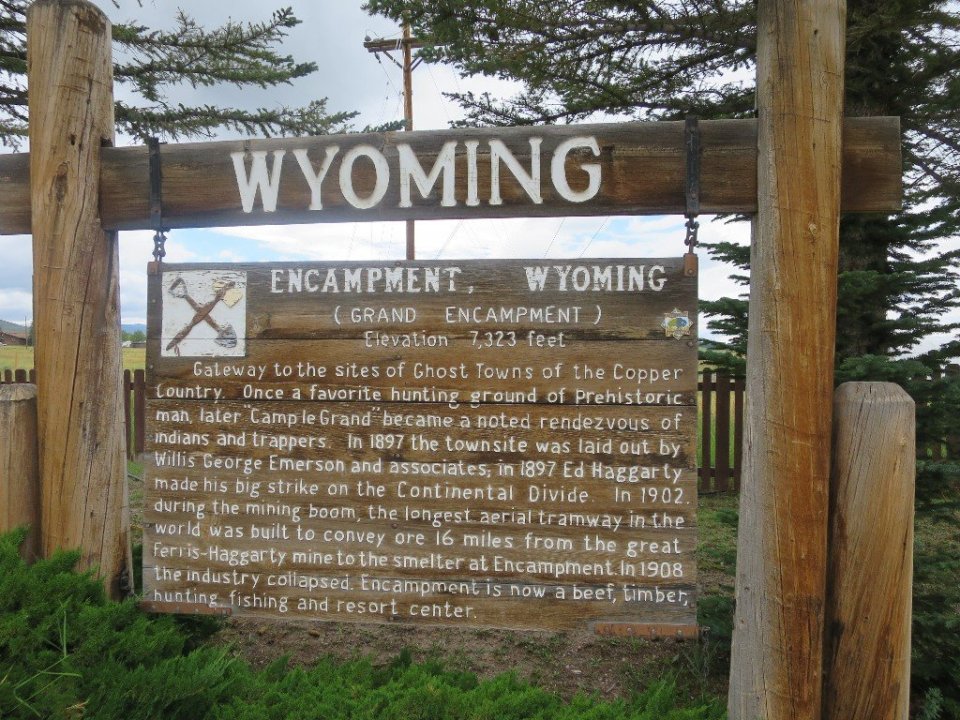 We had dinner with Squatting Rock, a northbound hiker who got a ride with us into town earlier. She is from Bend, Oregon and got her trail name because of her preference to sit close to the ground rather then a picnic table when available. A lovely burger and beer felt like a bonus tonight as we had contemplated heading back on trail this afternoon. The weather has improved significantly and we hope it stays sunny for a few days at least.

2 thoughts on “INTO ENCAMPMENT”