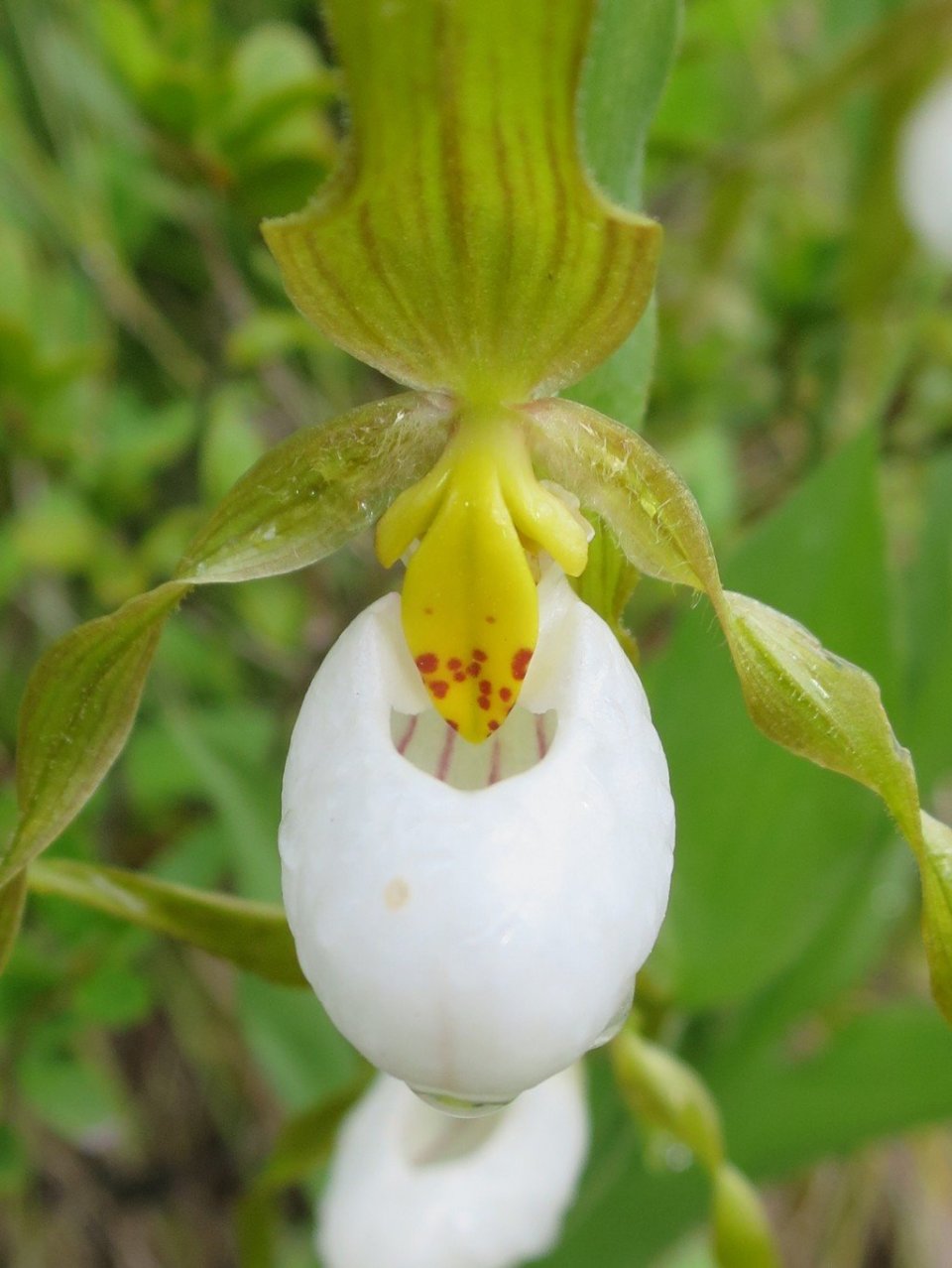 How lucky are we, Hammer exclaimed as we set off from camp this morning. It had rained all night. But by the morning there was a break in the rain just long enough for us to break camp and get moving. Small blessings!

Grey clouds hung low like a cover over us, trapping a grey fog over the mountains tops. We climbed 1,000 feet into into the fog to go over a pass.

Patches of snow covered the trail as we rose towards the top of the pass. The snow was firm enough that postholing was not a problem and enough of the trail was uncovered so that navigation was not a problem. It was cold and a heavy fog hung low on the pass. 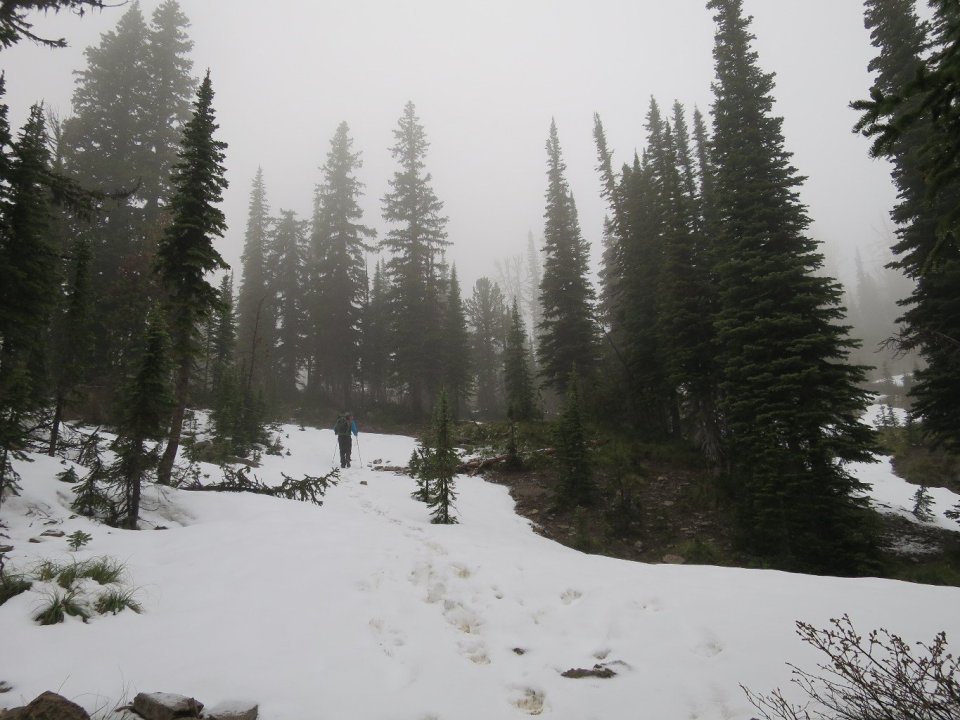 Once we reached the pass and dropped over the other side the start of the Chinese Wall started to reveal itself. It is a high vertical rock escarpment the tops of which today were shrouded in fog. We followed the base of the wall and fog threatened to lift to reveal the top, but did not quite manage to lift. 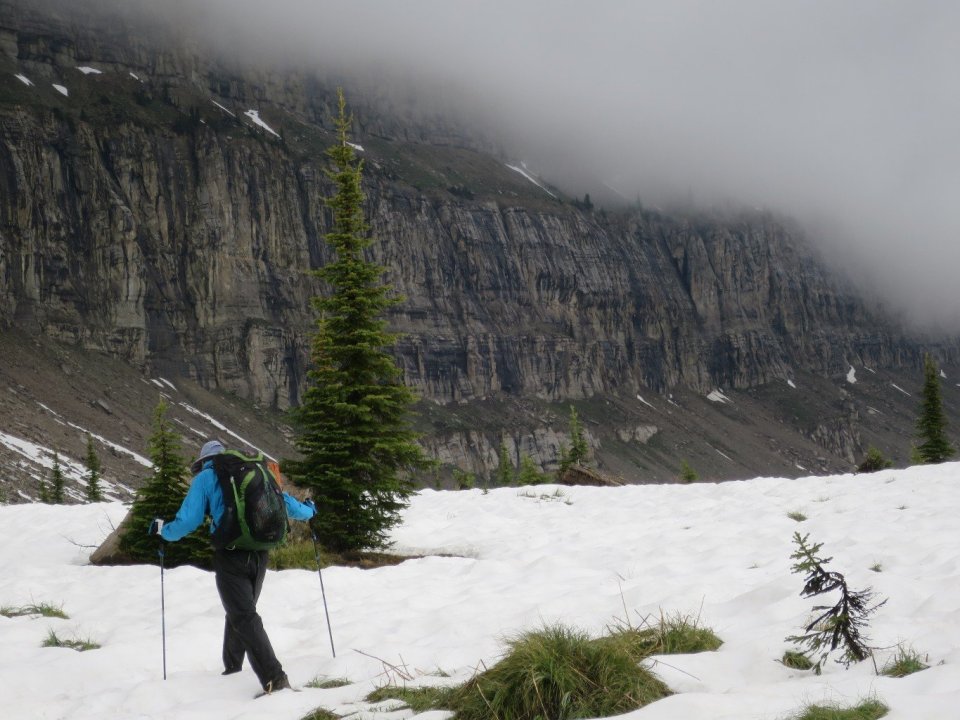 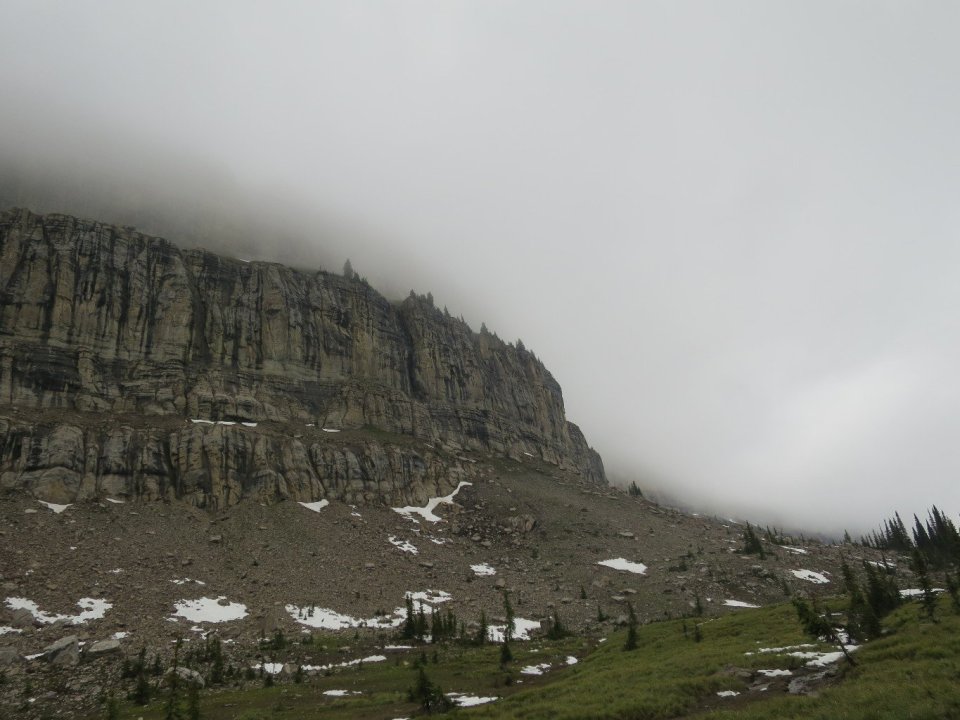 Reaching the wall was a stunning surprise. It is such a unique geological feature that went on for miles. It was difficult to capture in a photograph. And seeing it on such a grey day with the grey fog on top kind of added to its appeal.

The trail went along the base of the wall and was in an out of snow cover or was either boggy or under water. We gave up any chance of keeping dry feet. As long as we were moving it was OK. The awesome landscape distracted our attention from the cold, wet feet. Just before lunch we turned away from the wall and headed west. Here we encountered continuous snow cover for the descent to a lake, where we were going to stop for lunch. The heaviest snow cover we’ve hiked on since leaving Butte. 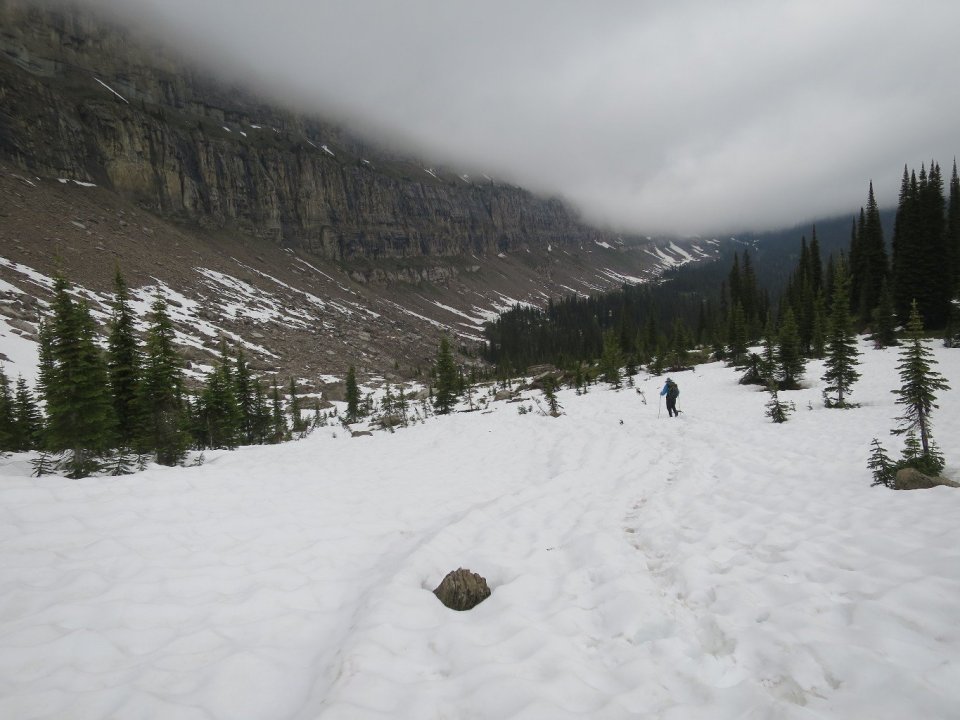 On the way down we met two southbound through hikers Totaro from Japan and Bearsock. Yesterday we met our first southbound hiker Spencer. Before the day was out we met four more south bound hikers. It was so uplifting to meet other people out here especially on a such a gloomy day.

Lunch was terribly uncomfortable. The food was nice but it was so cold we could not enjoy the break. There were gusts of polar wind that froze our wet feet into ice blocks. We had to get moving just to avoid hypothermia. It was colder then yesterday, especially when the wind blew. So hard to believe that it’s summertime.

Circulation returned to hands and feet as we got moving again. We planned to take the Spotted Bear Alternative, which promises better views back towards the Chinese Wall. We pray the cloud lifts tomorrow. It’s been good meeting south bound hikers as we got a trail conditions report from them so we are better prepared for what is ahead. 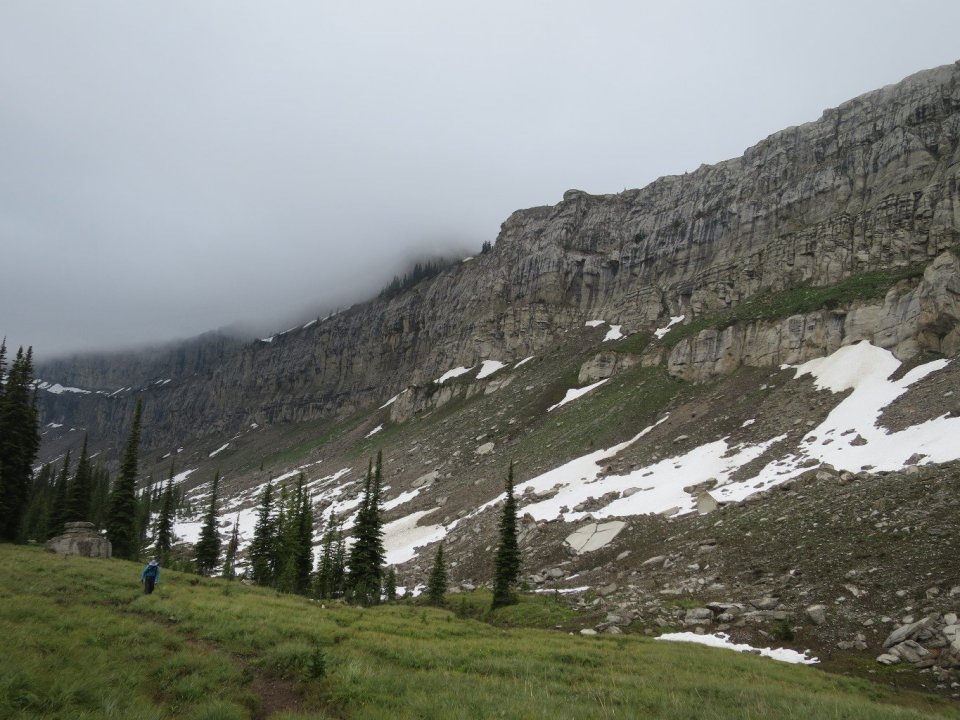 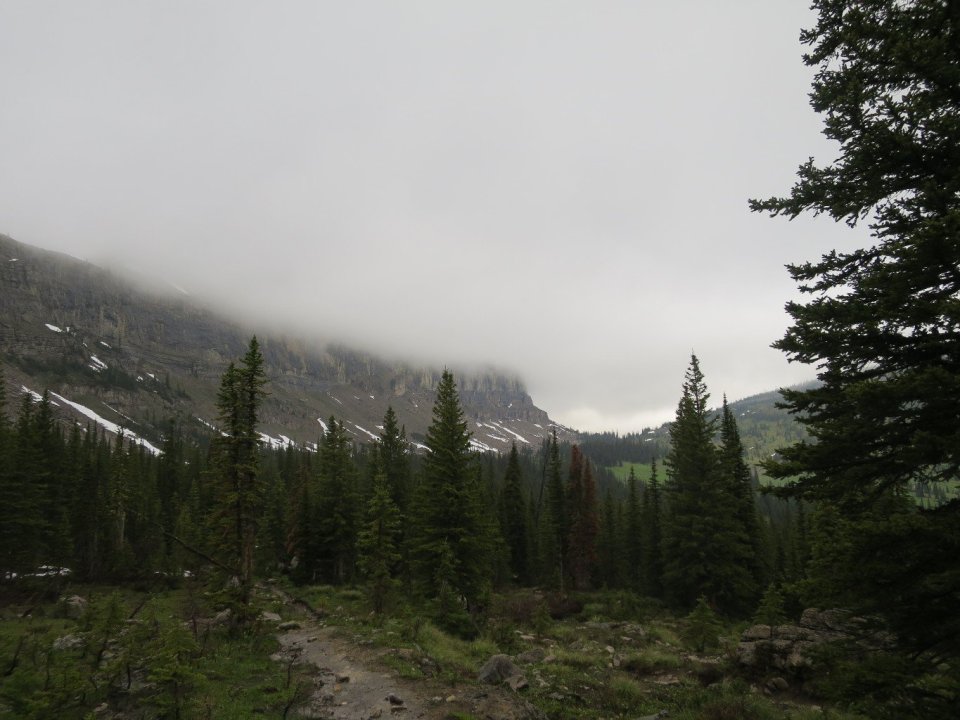 The first half of the Spotted Bear Trail passes through a river valley with lush green healthy forest and numerous crossings of Spotted Bear Creek and its tributaries. As we descended into the valley, it felt warmer and before we reached a campsite even a ray of sunshine appeared. Incredible how a little bit of sunshine on a grey, gloomy day lifts your spirits.

We camped by Pentagon Creek, across the trail from a ranger station. The brief spell of blue sky did not last. Rain arrived just after we set up camp.