It was so quite and so still as we packed up our frozen tent. The sunrise was lighting up the horizon. It was nice to get moving just to get warm.

As we got on the road just near our campsite we came across some interesting foot prints: a bear and what we though may have been a mountain lion. The tracks were fresh and were close to where we were camped. It was nice to get away from there, staying really close together.

As the sun fully illuminated the surroundings it looked like it was going to be a clear sky day. Shafts of light were reflecting drew drops off the vegetation. It looked very beautiful.

We had about 3 more miles on the road before turning off onto a trail. The trail wasn’t anything remarkable. A nice healthy pine forest till about mid-morning when we entered a burn area.

It’s always disheartening to see such massive destruction. The trail headed towards a steep overlook with views of a valley down below. We both got excited to hopefully walk along the rim with great views. But it wasn’t to be. We wound back into the burn area for another couple of miles which seem to go on forever.

I could see on the map that we had a big descent soon, the trail descended 2000 feet in around 2 miles. It was so nice to finally reach it. We stopped for a break at the top and within 15 minutes were overtaken by 5 or so hikers all of whom we met over a week ago at Davila Ranch and again in Grants while waiting out the storm. Ricky Bobby with whom we hiked yesterday, showed us his photo of the mountain lion prints. He was camped about 200 yards from us. It seems that the mountain lion was definitely checking us out.

It was absolutely stunning to begin the descent. The contrast to where we’d been for the past few days could no have been more stark. It felt like we were descending into summer. The hillside was covered in flowering plants and cactus in bloom. The valley was huge with eroded mesas and a few volcanic plugs providing a stark contrast. The most notable is one we’ve called the Nipple. A very dominant feature. It was so unexpected. The descent was steep and rough. I kept stopping to take photos. It was unbelievable. Such a sudden transition. 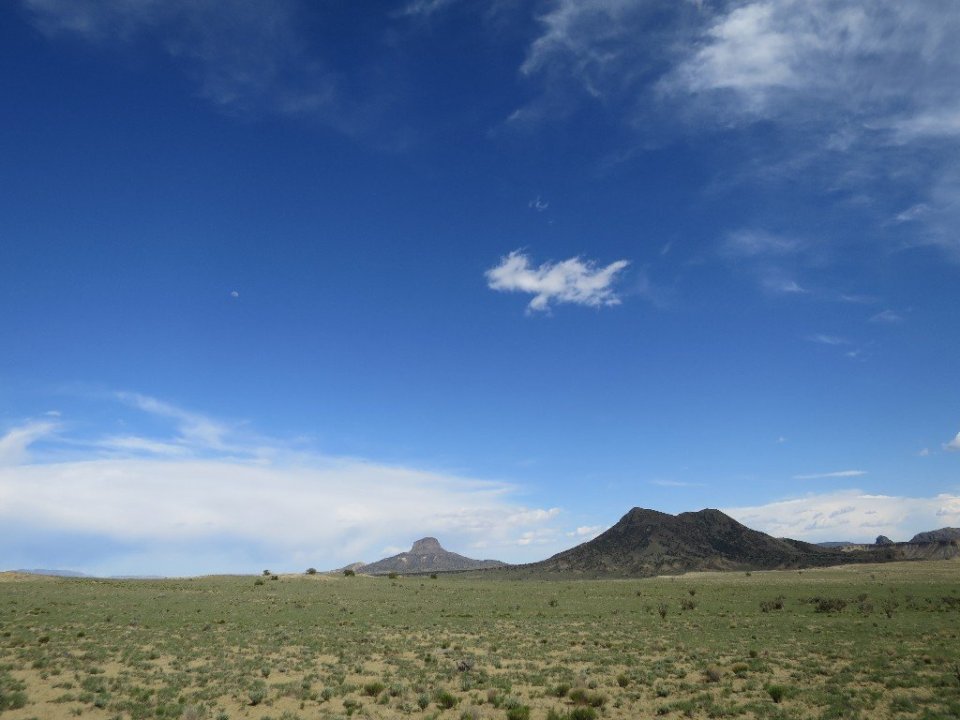 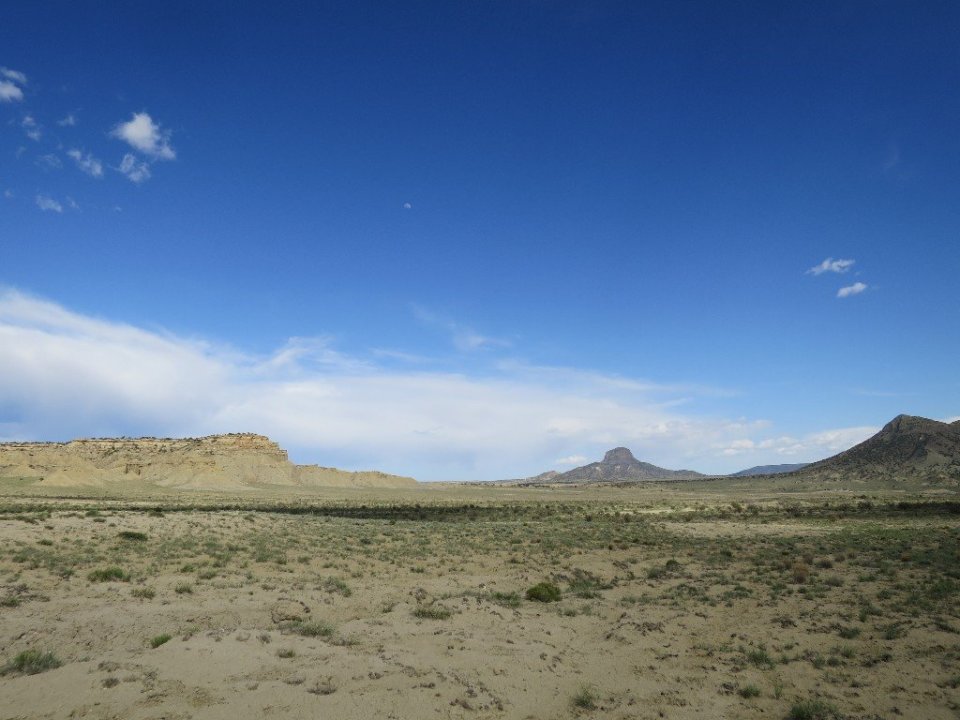 At the bottom of the descent, we stopped at a spring for lunch. The next water source is in 30 miles and it looks like it will a hot trip across the river canyon. Hikers were crowded under the few shade trees waiting for the heat of the day to pass.

It was hard to leave the shade and head out. Even though there is a chance of a water cache in 15 miles, we loaded with 4L of water each. It’s nice to have options about where to camp and I didn’t think we’d make the water cache before sunset. For the next couple of hours we wound our way through the canyon and out the other side. It seemed so unreal especially to look back and see where we’d come from. 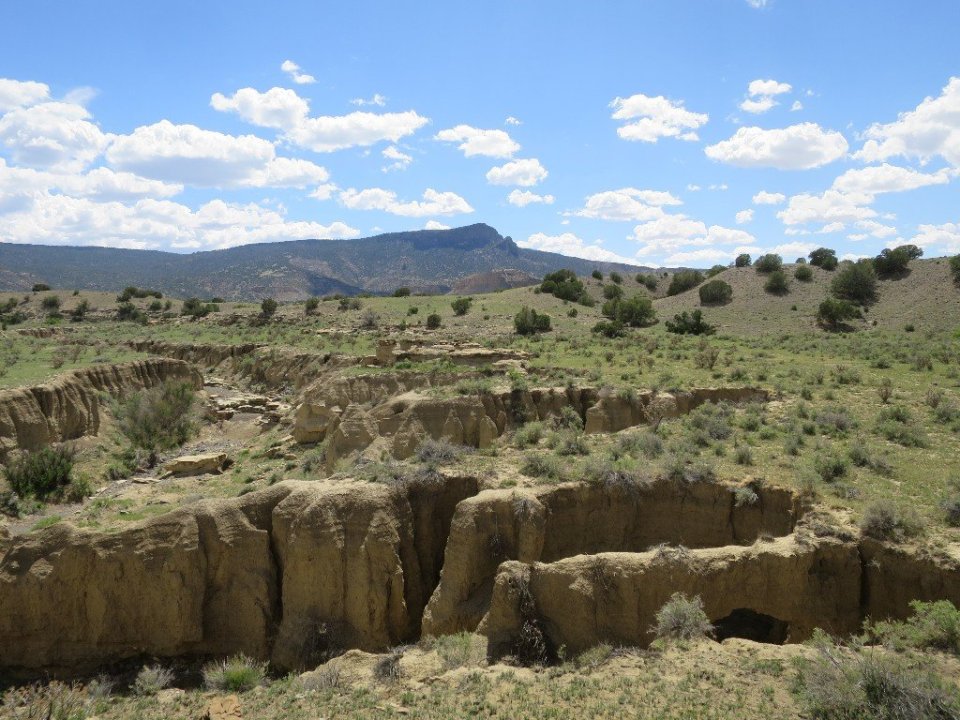 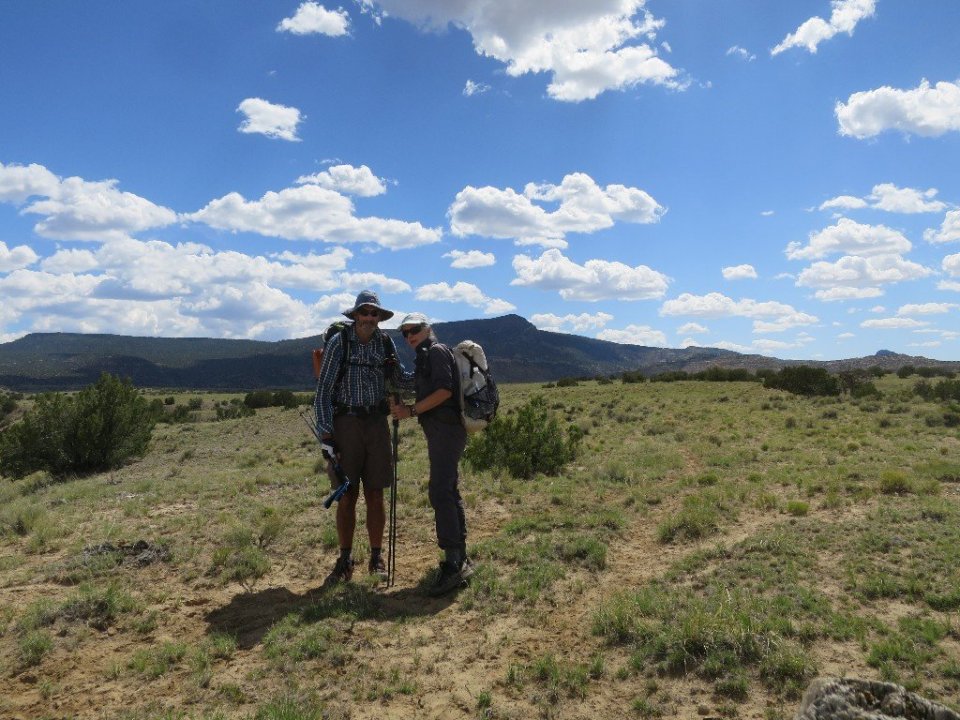 By late afternoon we were out of the canyon and looking back, it’s was hard to believe it was there. It feels a bit like Alice in Wonderland. We looked back and the doors to wonderland have closed. 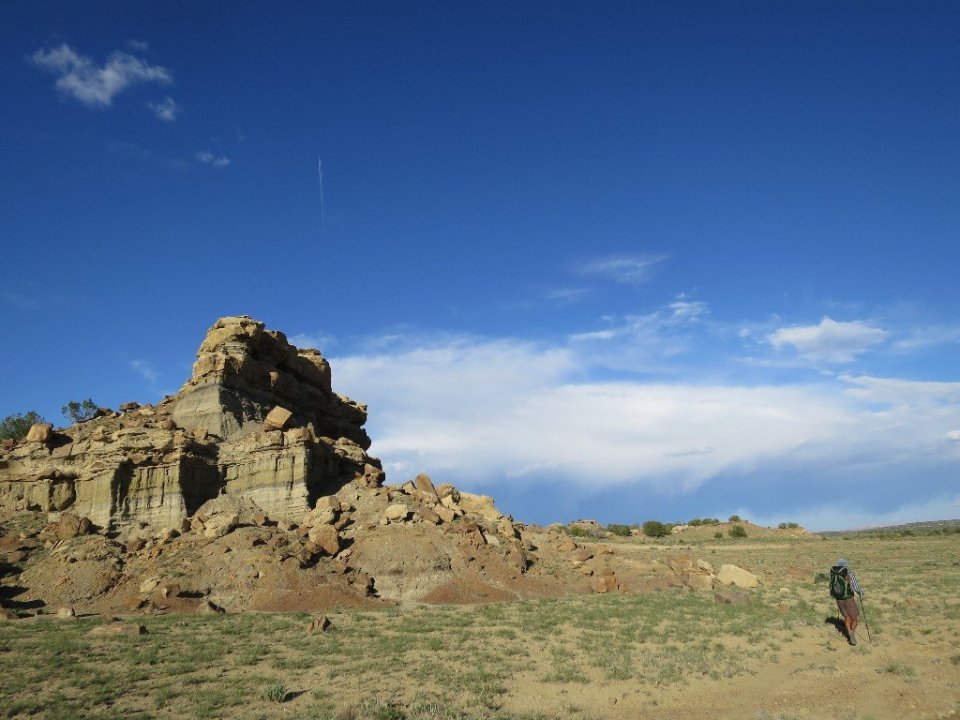 As the sun began to set we climbed over a couple of sandstone cliffs deciding to stop and camp beneath one. The view out towards a valley was quite spectacular especially as the sun set illuminated the few clouds hanging low on the horizon. One of the better campsites we’ve had so far. 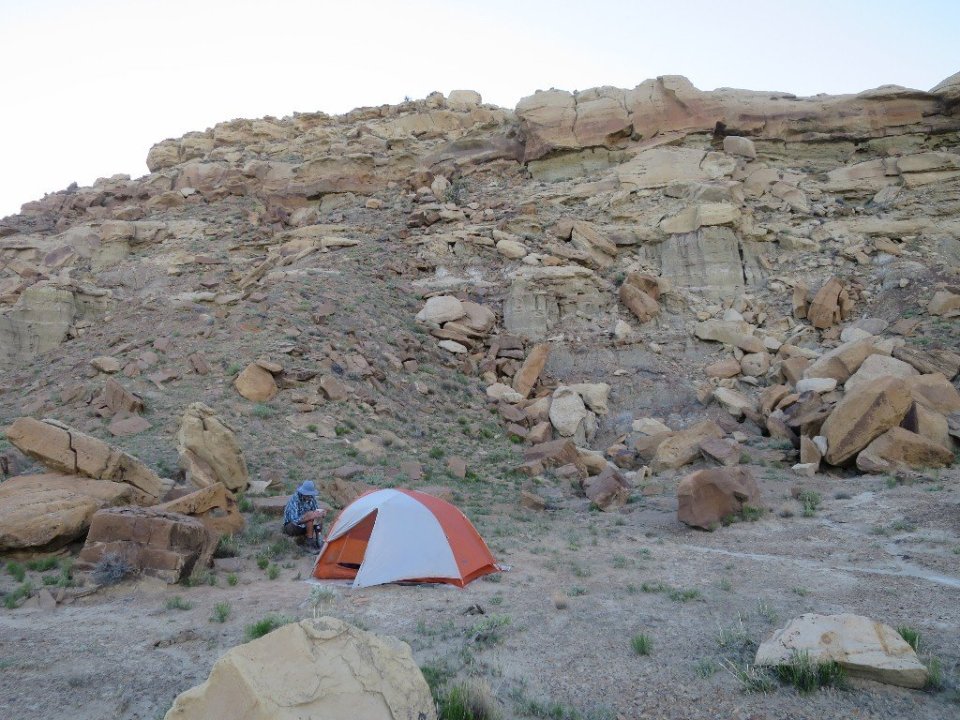