Despite our worry of another cold night, we had a very comfortable nights sleep. Our campsite was sheltered from the wind and the wind abated through the night. But this morning it was back and howling through the tree tops.

Sunrise was streaking the whispy clouds pale orange and pink as we broke camp. A chilly wind cut through our clothing as headed off. 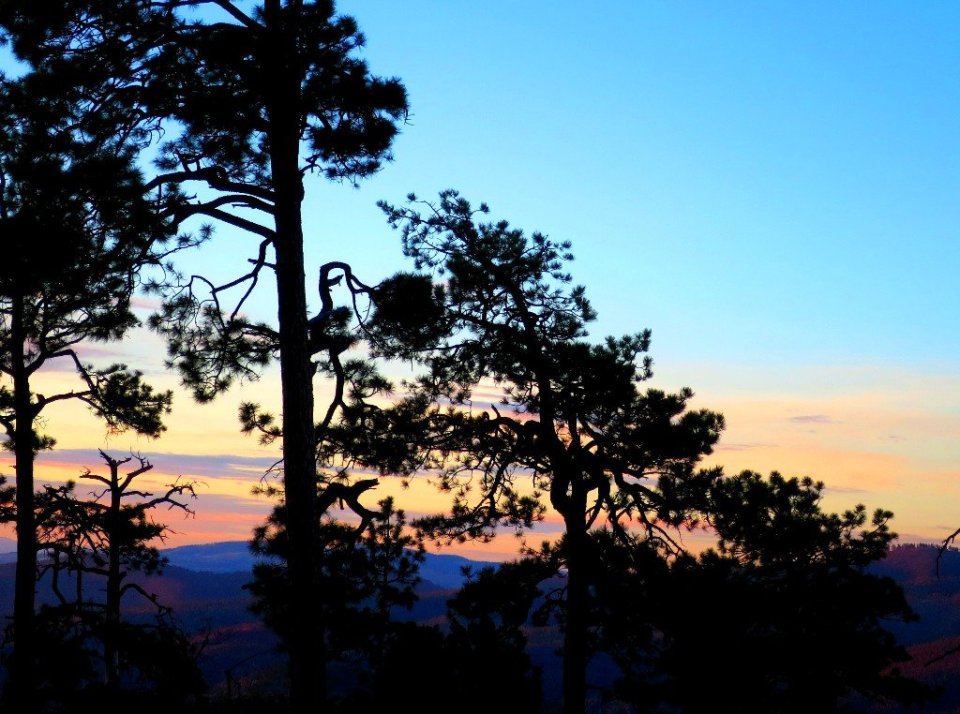 We had a long climb from our campsite which certainly got the heart rate up. We were at over 9000 feet and with the effort of the climb I was gasping for air. Hammer powered on, flying up the hill. Through the pine trees we had filtered views to rolling mountains in the distance. For all the climbing we did yesterday and ridgetop walking it was nice to finally have views of the surrounding landscape. 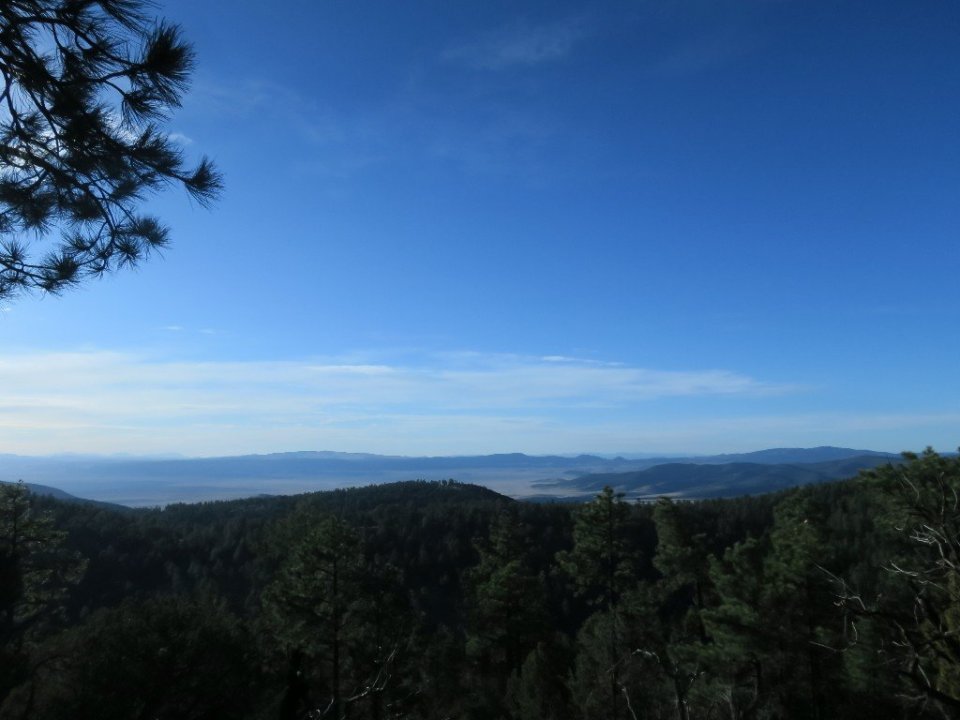 The the sun was out as started a slow descent towards a very flat landscape we could see below. It was the most delightful hiking. There were nice views of distant landscape, warm sun at our back and gently descending trail.

We descended to a lovely forested flatland area where we joined a jeep trail. I don’t know why but this section made me feel really lonely. I kind of almost expected to see people out here picnicking and enjoying this beautiful area. It felt sad and kind of deserted. I was lost in thought and Hammer was charging ahead when I tuned back in and realised that we missed the turnoff to the trail. We were about half a mile along the wrong path. So no big loss, we retraced our steps and were soon back on track. 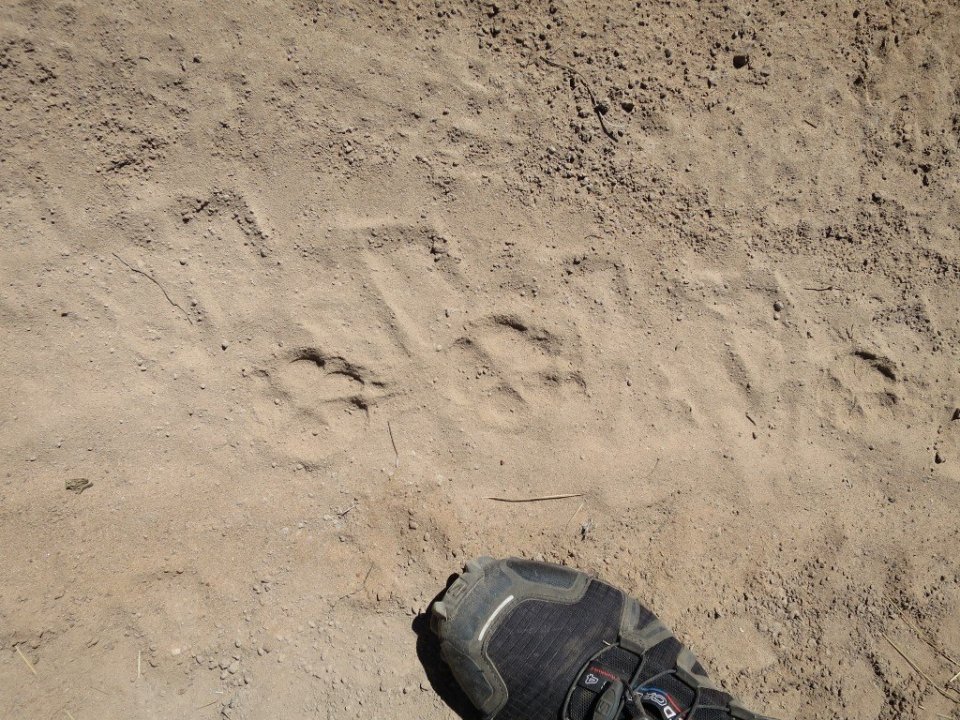 Around lunchtime we were beginning to get low on water and we had to work hard to get to the next water source at Argon Well. It was another cattle trough but the water looked reasonable.

I cooked lunch while Hammer filtered water. We were eating lunch when a hiker flew past, not stopping for water or responding to greetings. We thought it odd as the last water was more then 20 miles back. About 15 minutes later another hiker came by, she stopped for water briefly. Her name was Giggles and she said she was hiking with a group of about 5, some of whom had gone to the road earlier. She said something about a Mum of one of the hikers meeting them at the road and Giggles hoped she had soda. Our water filter was very slow, we were at the well for over and hour and a half before Hammer finally gave up on the gravity filter. 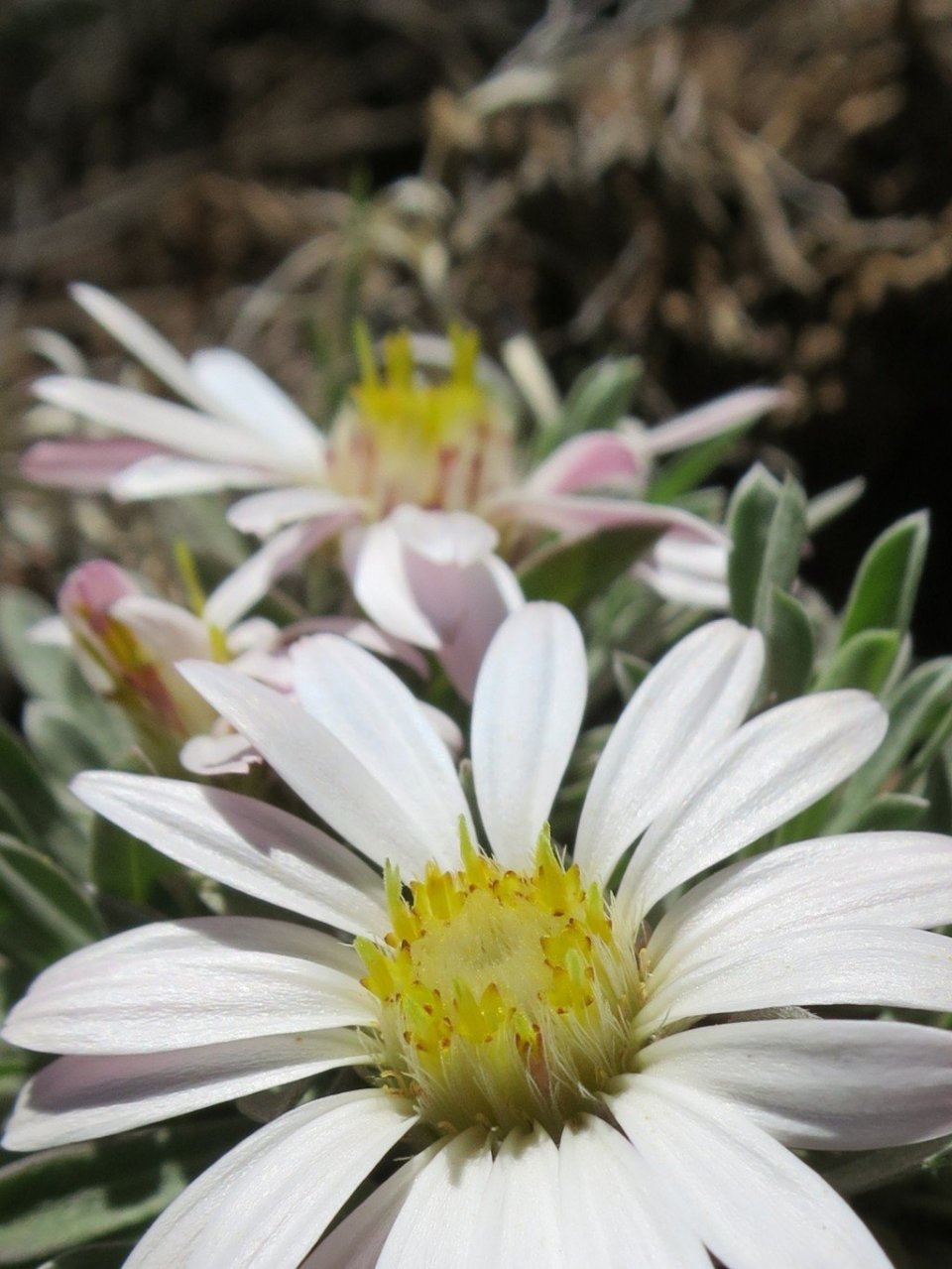 Lunch over and with thirst satiated and stomach full we headed off. Half a mile along we crossed Highway 12 and saw a car on the other side.

It was the Mum Trail Angel that Giggles mentioned. She had her hikers feasting in the shade and offered us some food. As we had just had lunch I politely declined. I would have loved a cold soda but since it was not offered I thought it rude to ask. We said goodbye and moved on. We decided to hike the Pie Town Roadwalk Alternate route from Highway 12. The CDT route into Pie Town, our next resupply destination, has a 13 mile long roadwalk. We wanted to avoid highway walking so the alternate it was. Little did we know but the alternate route so far has been a road walk, except it’s a dirt road through a pine forest and cattle grazing pastures. It was a hot afternoon, which got nicer as the clouds drifted in and provided some shade. 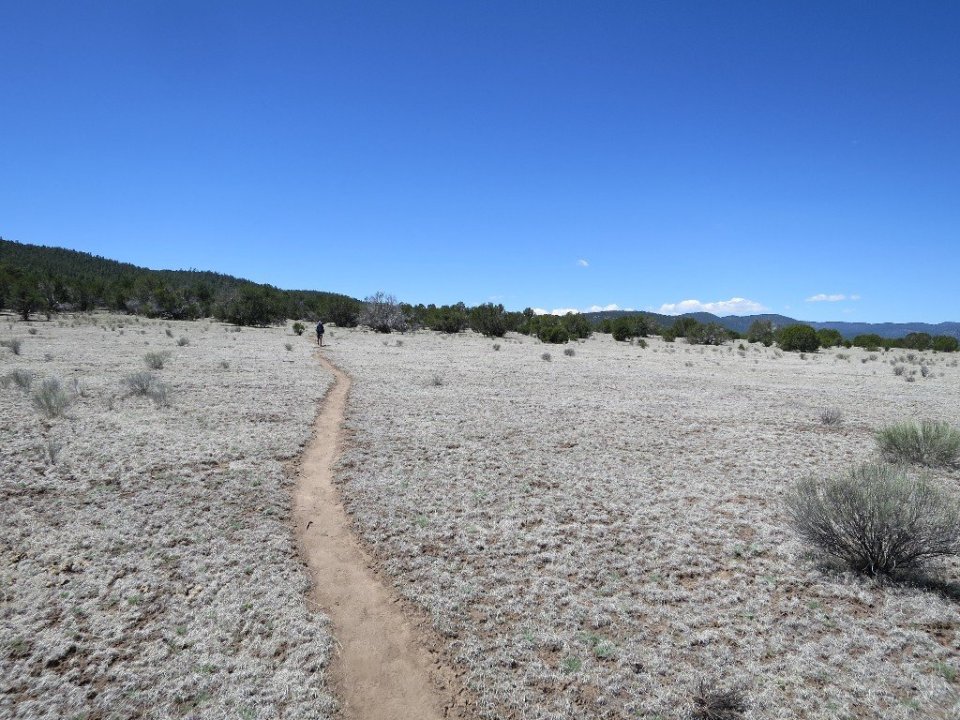 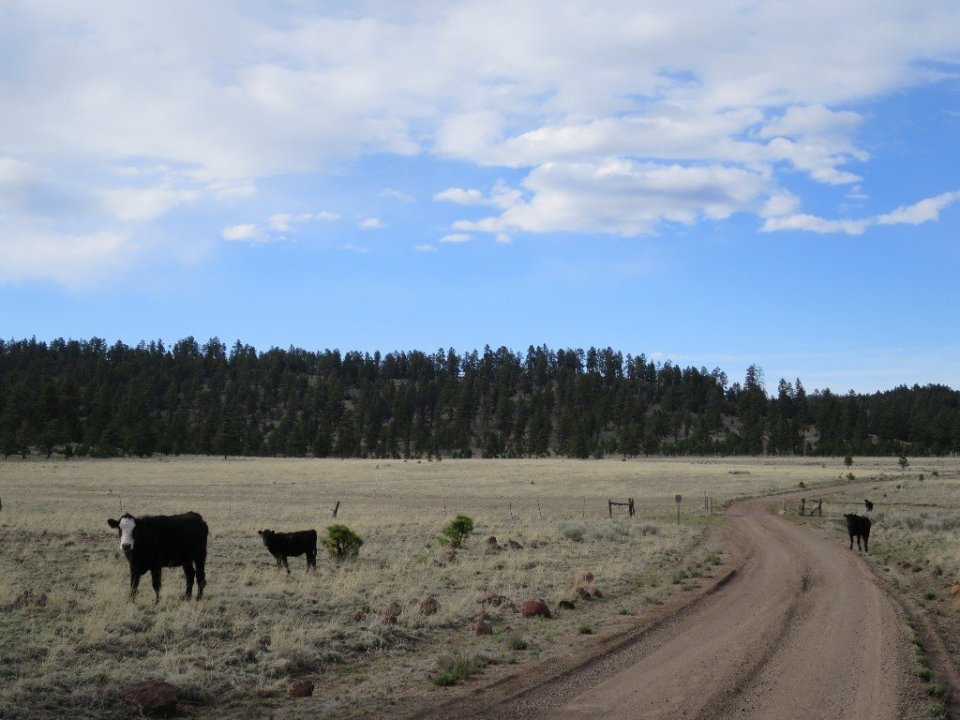 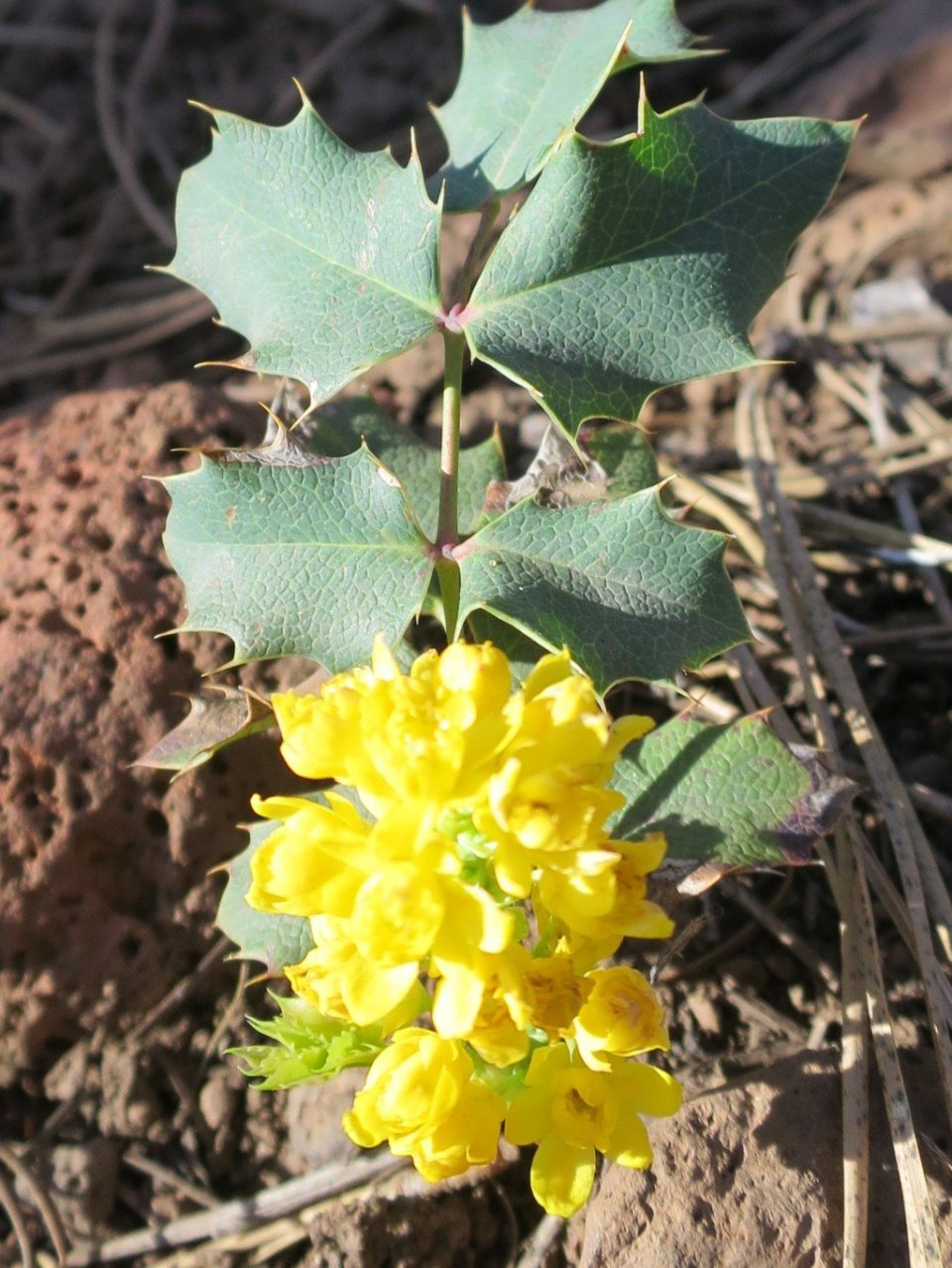 We found a camp spot in a cow pasture just out of view of the dirt road.

As it started to get dark, we could hear coyotes howling in the distance. The sound echoed through the valley. I thought of the small herd of cows we passed, they had a few calves with them. I hope they are safe. And as I was finishing this post the coyote call came not far from us. It is a bone chilling cry. I’m so pleased I’m not alone.