END OF THE GILA

Despite having wet and cold feet all day long, the nice thing about hiking along the river has been a continual source of drinking water. It’s hard to believe that over a week ago we were hiking in a landscape where water was scarce and precious.

Last nights campsite was in a great spot surrounded by pine trees. Despite the overnight thunderstorm we were warm and dry. Well at least until we had to put on wet and cold socks and shoes. Strangely it was when we started moving that the cold really set in. I tripped and fell over my leaden feet. And Hammer slipped on a rock on the first water crossing. Luckily only minor dunking. 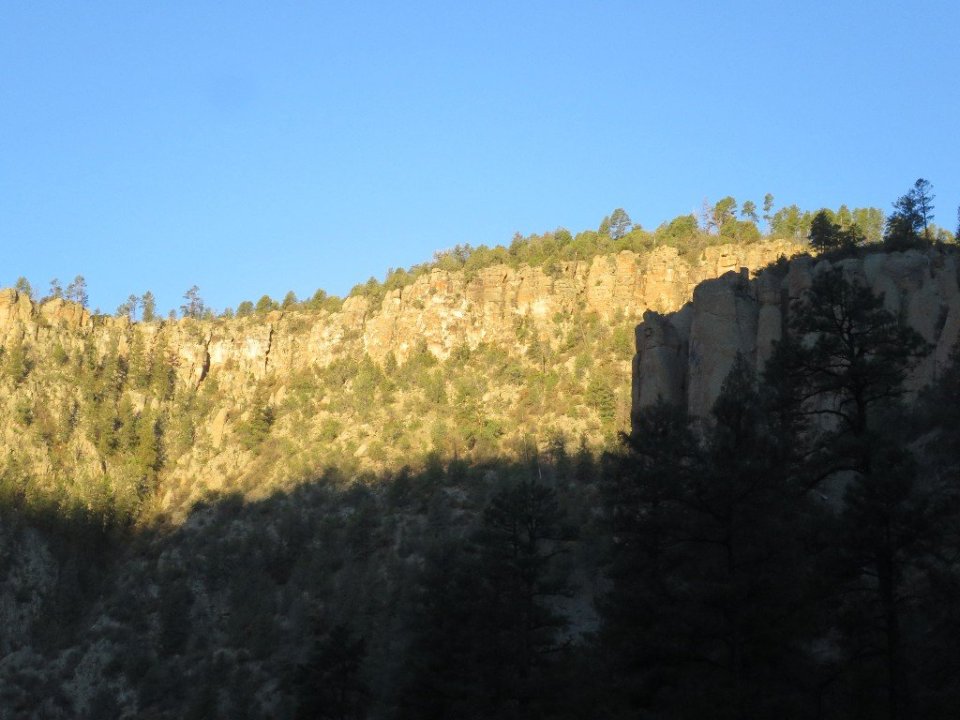 The sun was hitting the tops of the canyon walls and it was over two hours of hiking before we found a sunny spot to sit and have breakfast while thawing out. The granduer of the canyon walls was undiminished. Huge hoodoo walls sat of top of rock faces that appeared fractured and stacked like drystone walls.

The river crossings this morning were all relatively shallow but the rock shelf on the some of the river beds added difficulty. It felt like trying to walk on slippery ice while being pulled along by a current. Luckily no mishaps for either of us.

The canyon walls began to open up as we hiked further upstream. Huge caves were cut in places, some resembling an amphitheatre. And just before we reached the junction with the CDT High Route the canyons gave us one parting spectacular formation, a huge cave alongside a bridge carved into the wall. 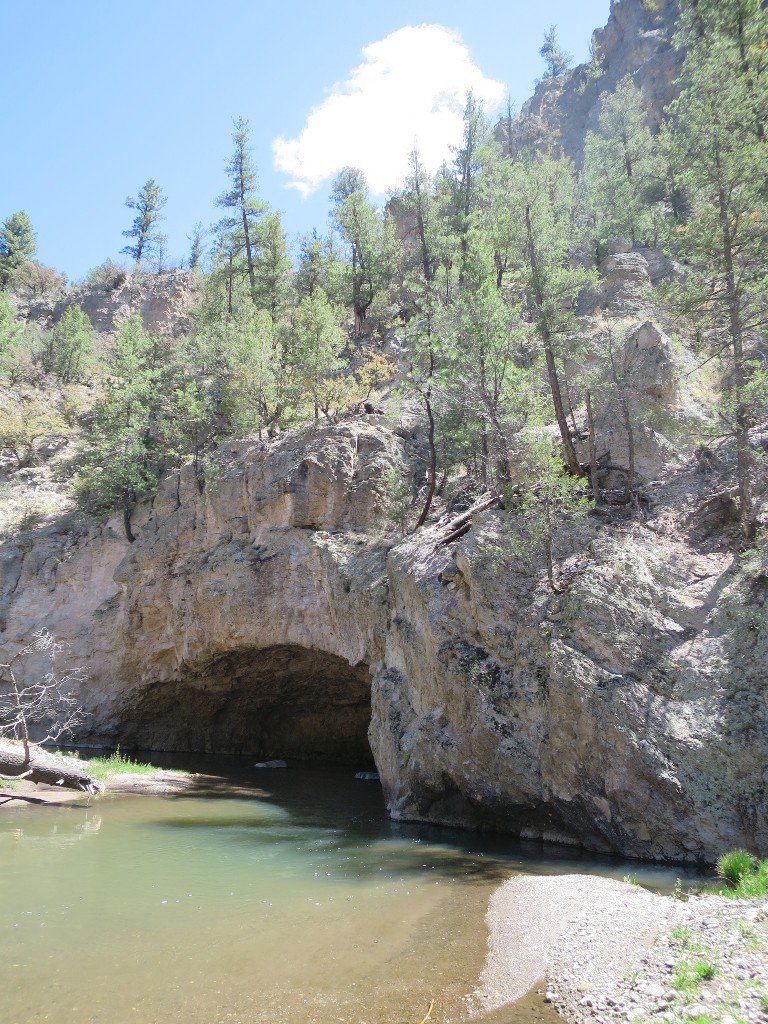 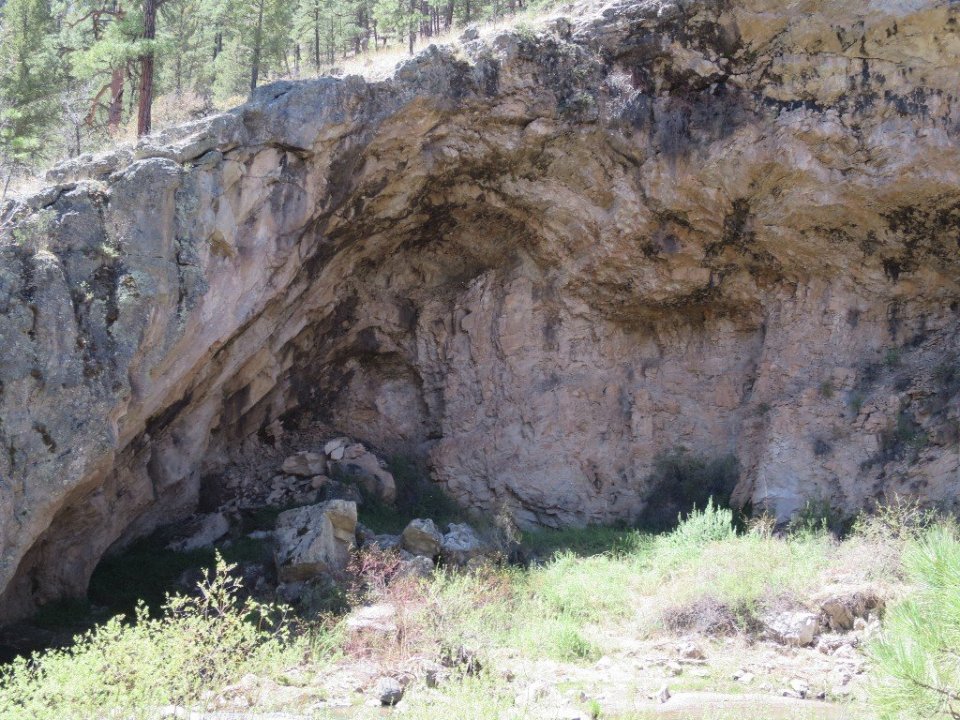 We had lost the trail at some point through the Flying V Canyon, it was very confusing. We spent quite some time bush wacking to try and find some semblance of a path through the scrub. In the end we just criss-crossed the river until we were out of the scrub.

After the High Route trail junction we were in an open pine forest with grassy meadows. The smell of the pine forest in the afternoon sun was beautiful. Made me think of berry pie. It was nice to be in what appeared to be a big open river valley. 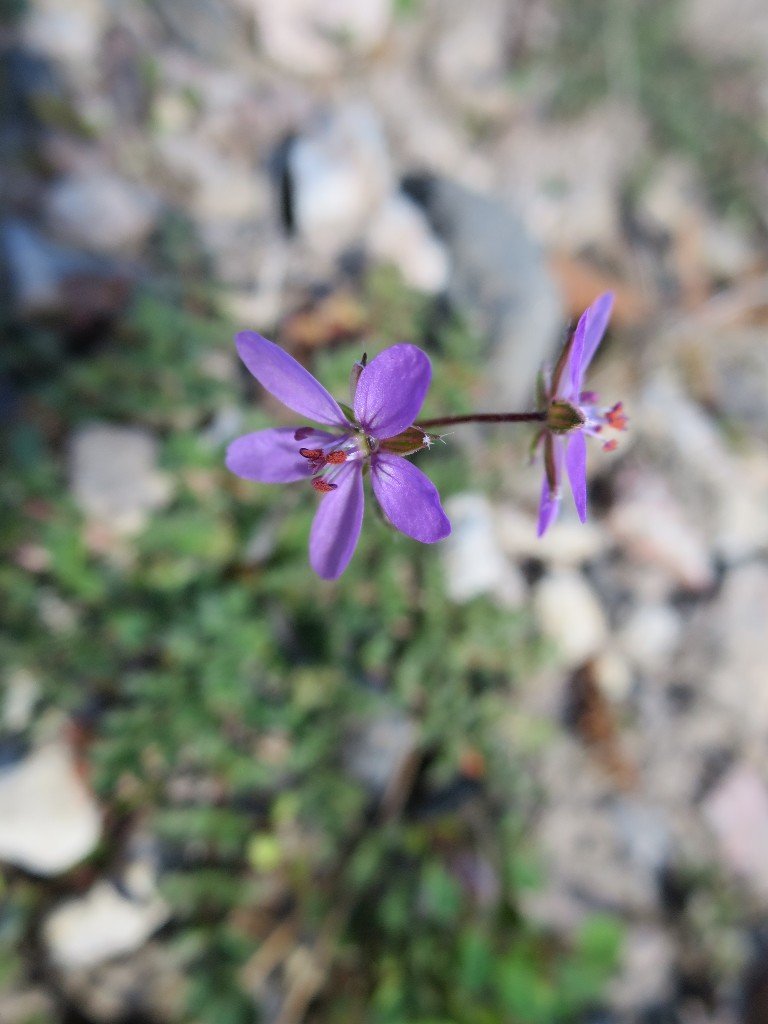 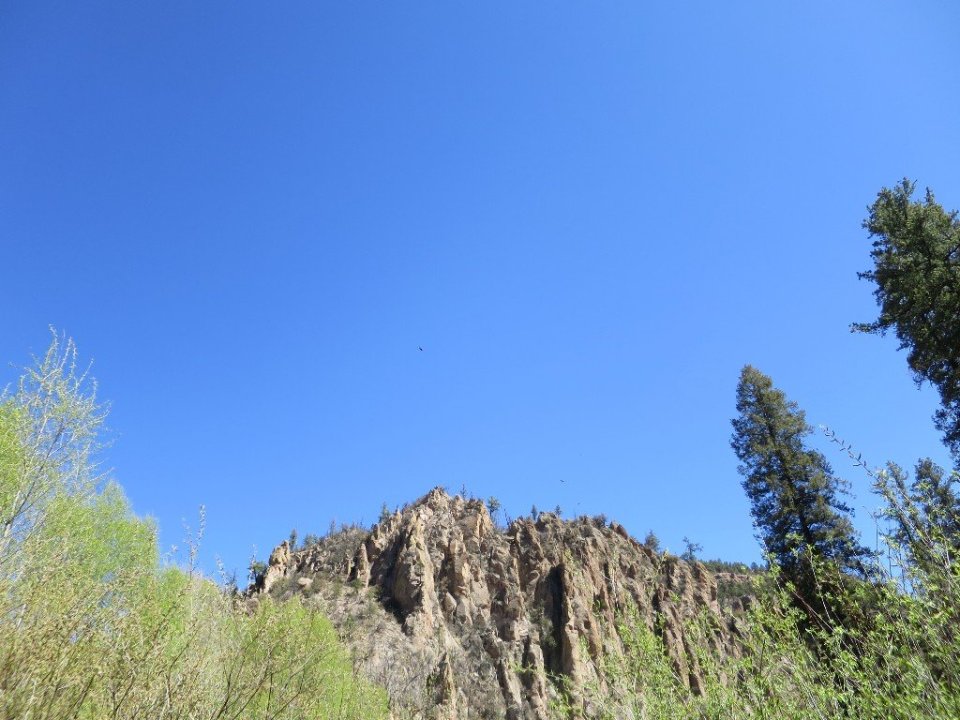 We still had about 5 miles to our destination Snow Lake which is the headwaters of the Middle Fork Gila River. We stopped for a short break and I noticed a burning sensation around my knees. Hammer said he felt the same and thought it may be sunburn. I thought it may be scratches from the rose bushes which lined parts of the trail today. We walked on a bit and the irritation became an unbearable burning. I looked at the skin and noticed a red rash had developed.

I had brought Cortisone cream for possible skin problems. I hate unpacking my pack until we are camped. But I could not wait till we got to the campsite. I unpacked, found the cream and putting it on was excruciatingly painful. It felt like small glass fibers were being rubbed into my skin. I wasn’t sure if the irritant was physical or chemical.

It took about half an hour after the cream application for the burning to subside. I can only think we’d brushed past something while bushwacking in the canyon. What a way to say goodbye to the Gila River. Hammers irritation did not progress and subsided on its own. We decided to stop short of the Lake campground.

5 thoughts on “END OF THE GILA”