We had the most peaceful and still night. The silence of the pre-dawn was broken by distant sound of coyotes howling at the almost full moon.

We were camped alone near a water tank. There were two other hikers scattered somewhere around. I hiked for a bit towards the end of the day yesterday with Drew who is from DC and was in the US military. He is on his first thru hike and is reconsidering his next career move. The other hiker is Grasshopper with whom we shared a shuttle on the first day. He is from Tennessee and has hiked the Pacific Crest and the Appalachian Trails.

Mindful of the fact that today is predicted to be even hotter then yesterday, we broke camp well before sunrise. It was so nice to hike in the coolness of the morning with the setting moon and the predawn sun providing plenty of light. The ocassional coyote howling continued after sunrise. As always at these magic morning early hours I wish I could slow time down and make the moments last. I stopped so many times to try and absorb the sights and sounds around me: the stillness, the cool air, the twittering if birds and the apparent emptiness. But time marches on as must we, and soon the sunrise faded the brilliance of the moon.

Just after sunrise we were passed by Grasshopper who appears to be a very efficient hiker. He quickly disappeared into the distance. Hammer has painful blisters under the ball of his feet, which are causing him some pain. I’ve stopped a few times to wait for him and started making notes for this blog while waiting for him to catch up. I’m sure we’ll both have our ups and downs at the hike progresses. 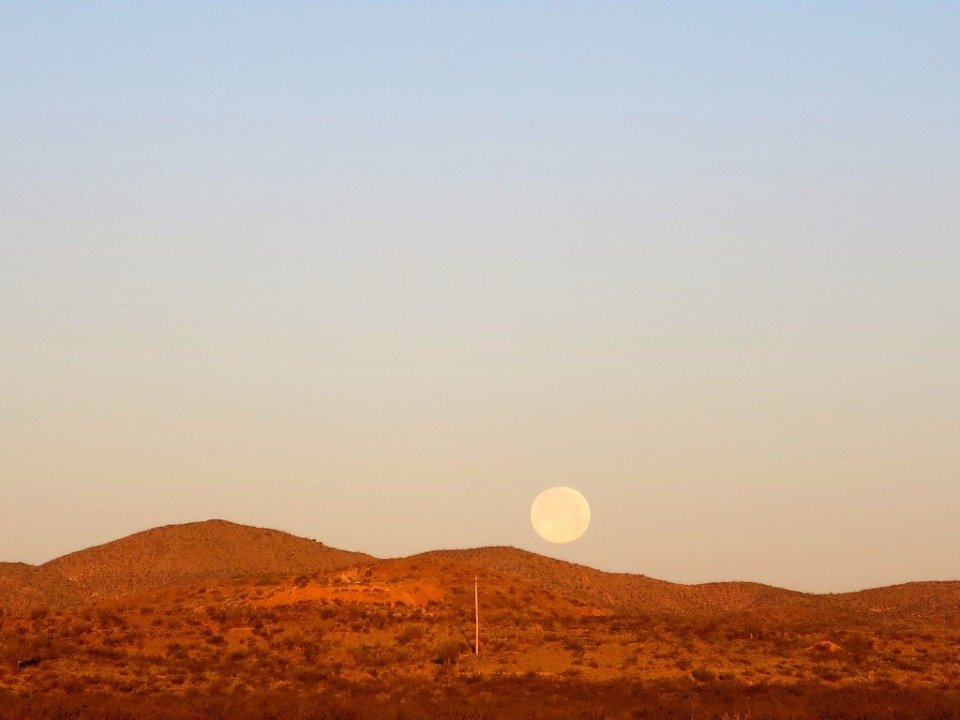 The morning grace, of cooler conditions really only lasted till sunrise. The sun today rose and was on a baking mission straight away. It was warming up fairly quickly especially since there was no wind.

We walked through much the same vegetation as yesterday, sparse Creosote shrubs up to hop high. Wild onion plants were also prolific, they have such beautiful flower heads. 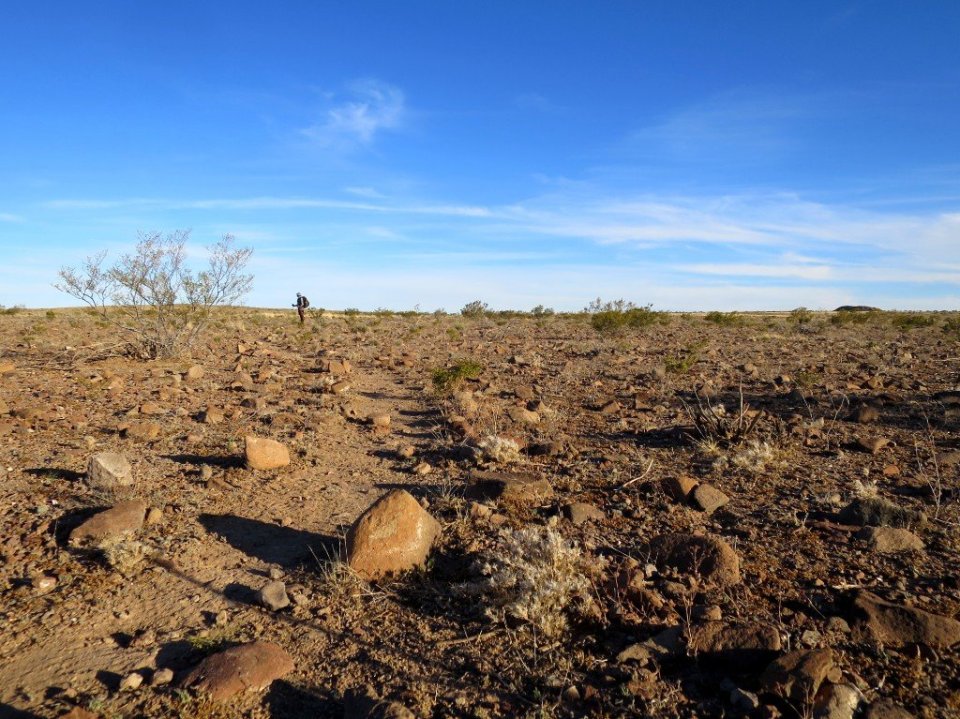 The water cache which we reached around 9am was full and the water was lovely and cold. Further on we passed a huge water tank which provided a rare shady spot. I redressed Hammers blisters and we rested for a bit. On leaving the tank a cooling breeze arrived. Hammer called it a zephyr of a breeze, named after his first car a Ford Zephyr. Or is that the other way around?

LouSeal came out to play a few times to break the monotony of exposed hot hiking through shrubs. While we did not manage to do a 10 by 10 (10 miles by 10am), we are very happy with 10 by 11 under these conditions. 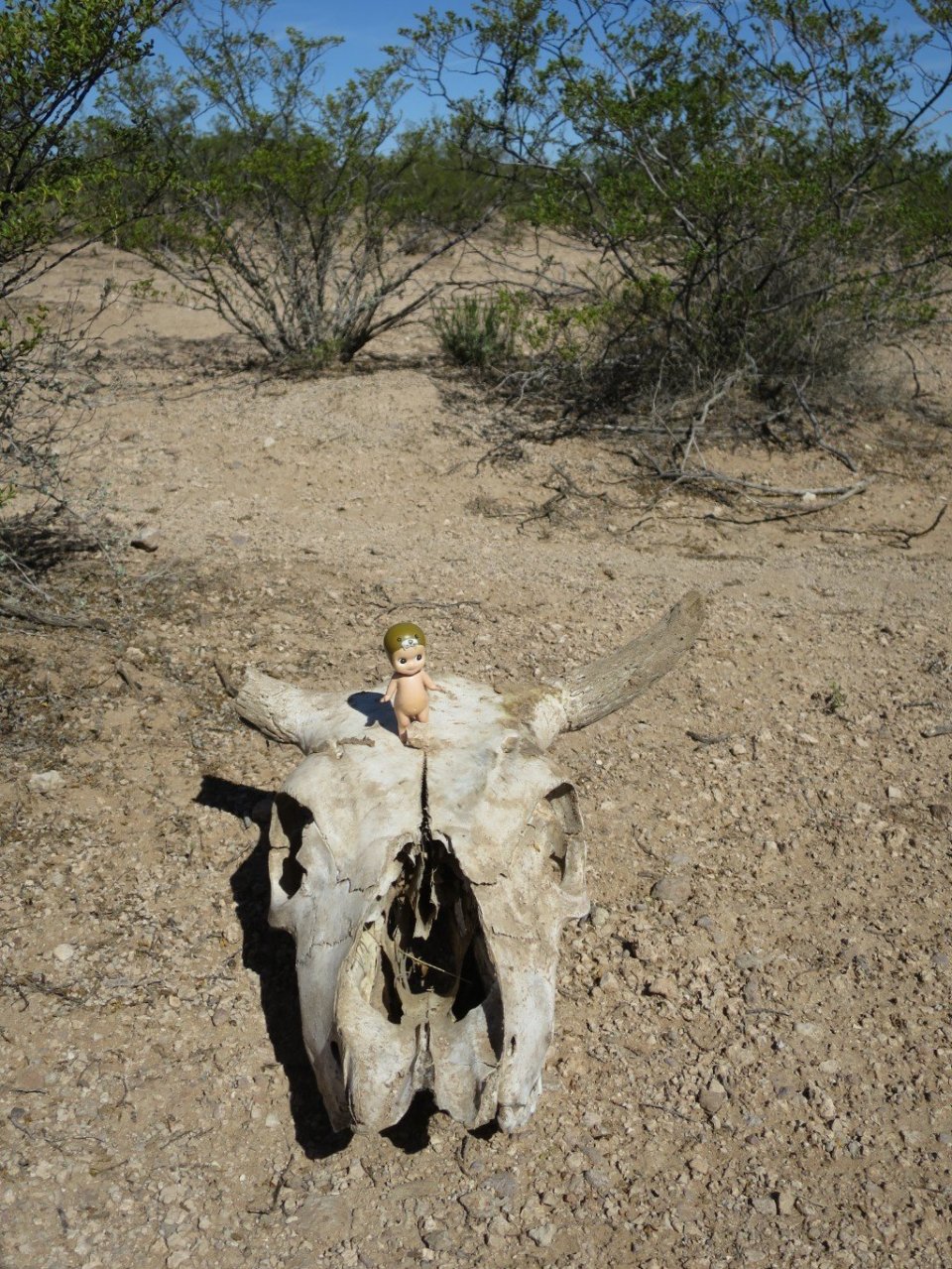 The breeze stayed with us pretty much the whole day, which made the baking heat feel less oppressive. It made for pretty nice hiking especially once we reached the Coyote Hills where we seem to spend hours winding through and around. The eroded peaks were quite spectacular. We walked on one side then wound our way around to the other side if the towering ridge. An eagle shaped hoodoo on top of the mountain stood like a sentinel and was visible from both sides. 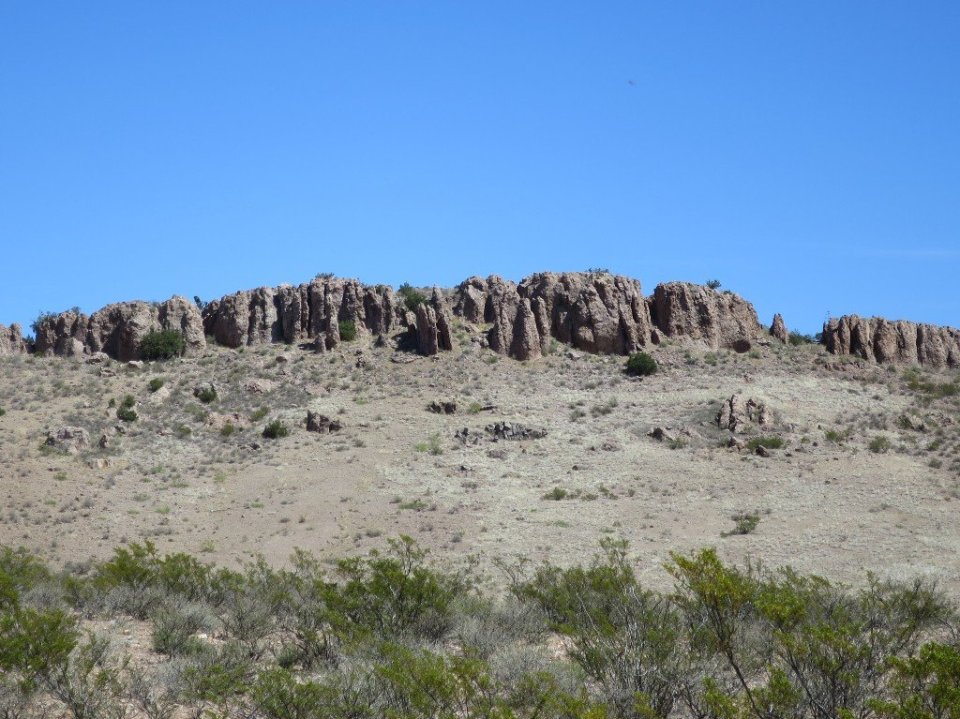 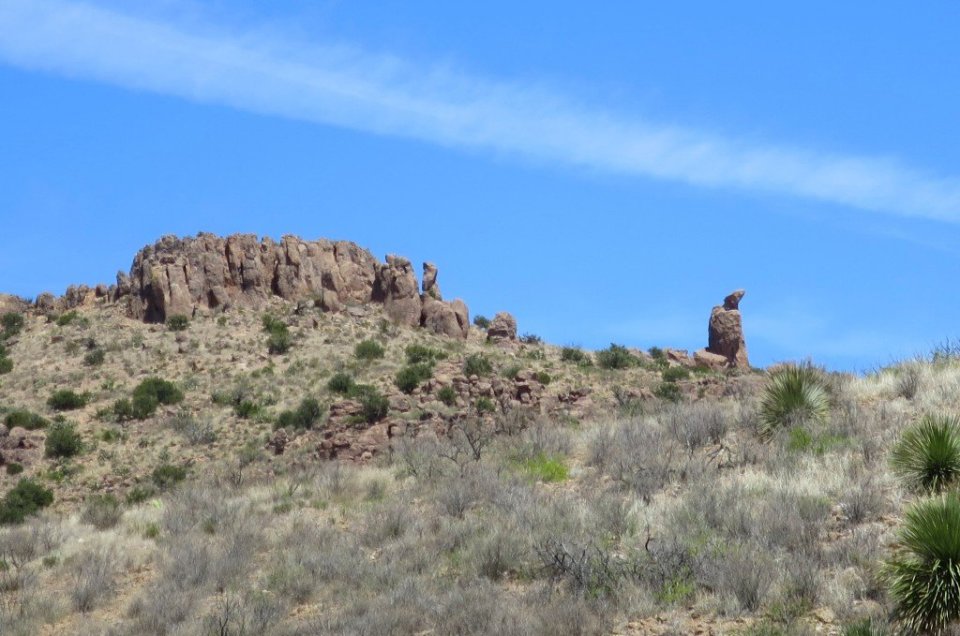 And it was here we started to see the first big birds. A couple of eagles (or hawks) circles above us with the sun shining through their huge wings and tail feathers. So far we have only seen very small birds. 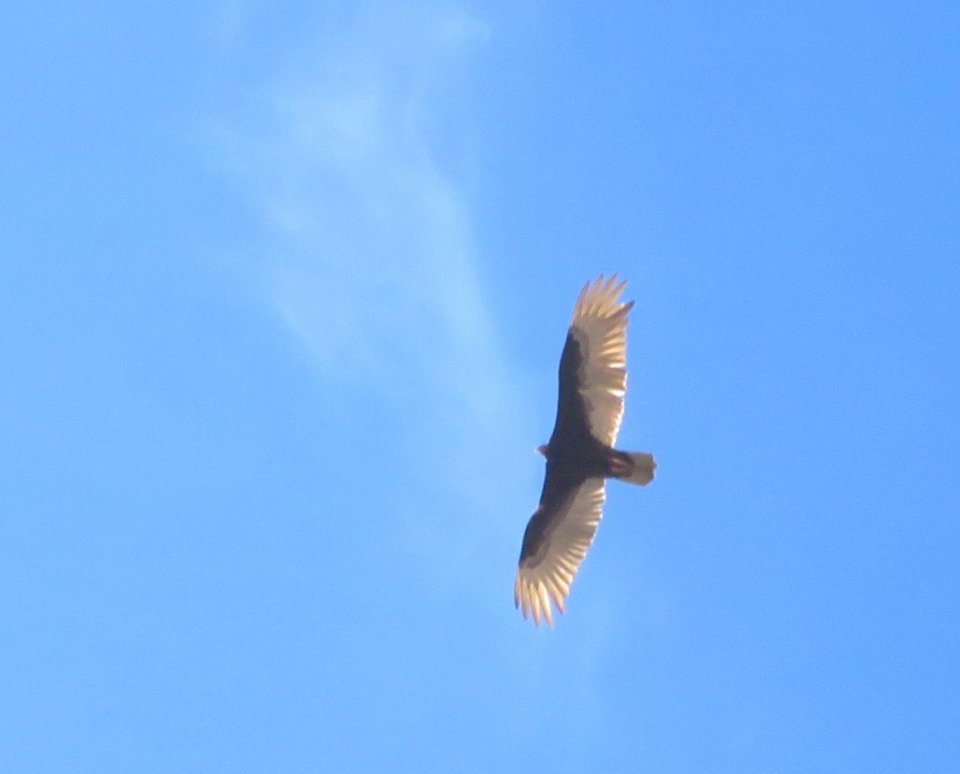 After leaving Coyote Hills it was just a tough, slog being fried by the sun. In addition, the trail was quite rocky which was hard on our feet. 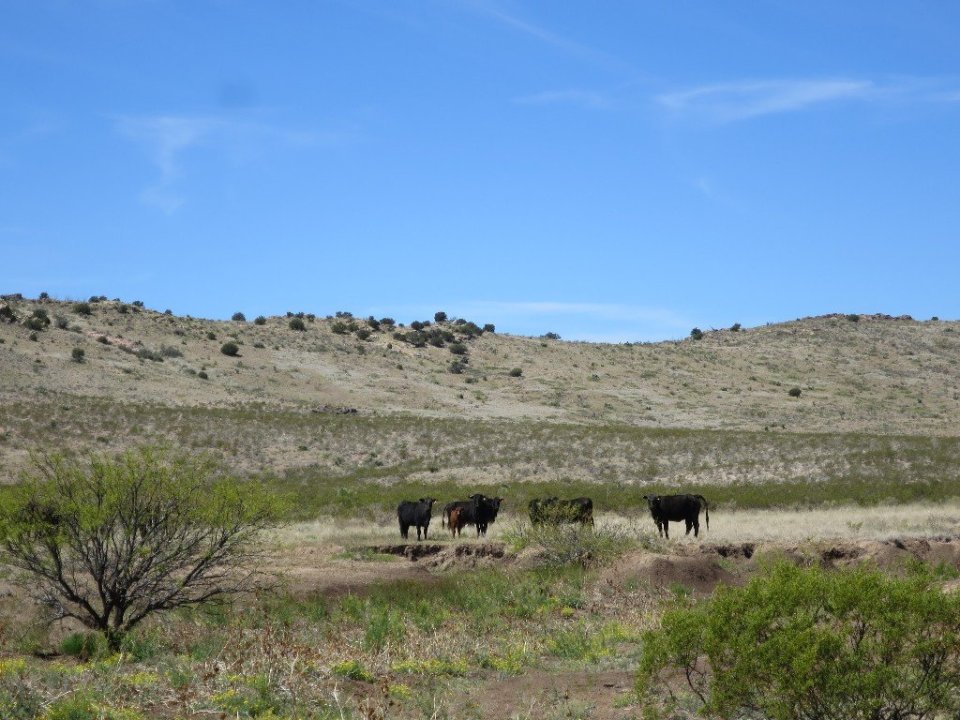 We powered on looking forward to reaching the next water cache. The water in our bottles was very warm and hard to drink. We got there just after 4pm. Just before reaching the cache there was a bucket with a sign informing us there was trail magic a mile and half ahead – cold drinks and icy water. We dared not hope it would still be there. So we stopped at the water cache, cooked and ate dinner and drank as much water as we could stomach, just in case the trail magic was gone for the day. 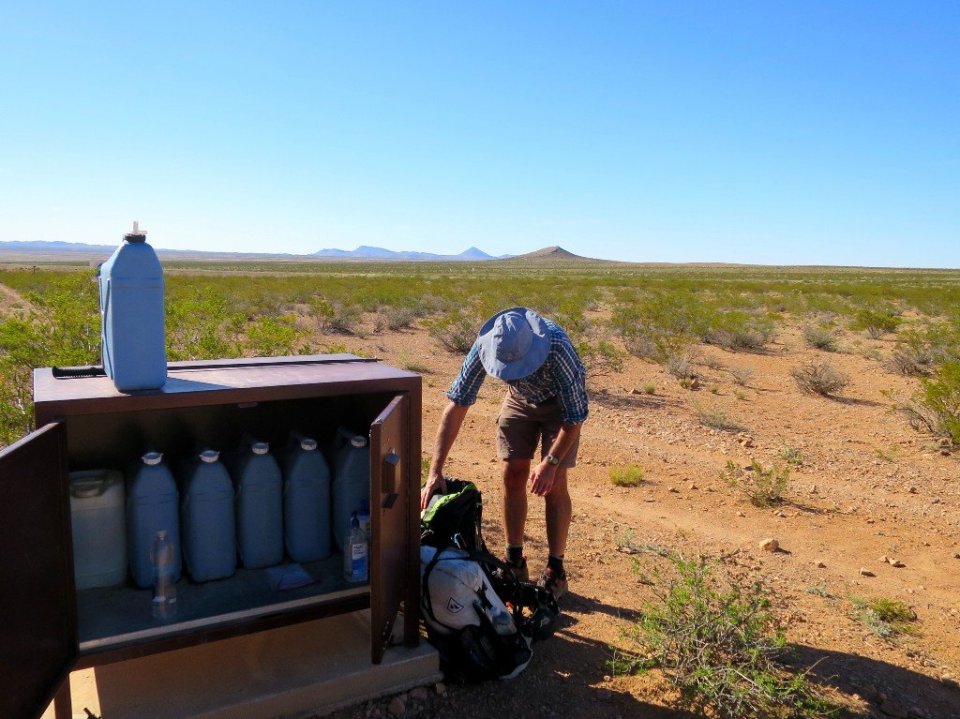 We left the cache and within 20 minutes we could see a silver tent in the distance. As we got closer we saw a familiar orange shirt on a hiker. It was Mike (Daybreak) with whom we hiked on the first day. We were surprised to see him, as true to his trailname he us up and hiking by 4am.

He was not doing well, he was sunburnt and scratched and has been having trouble sleeping and eating on the trail so far. The trail angel had recently left for the day but he left behind two ice boxes filled with chilled soda and Gatorade. It was beyond fantastic, even to dip my hands in the icy water was heavenly on such a hot day.

The icy cold drinks were amazing despite having drunk a lot of water less then half an hour earlier we both managed to polish off three cans of drinks. And I think I may have develop a new craving for lemon flavoured iced tea. 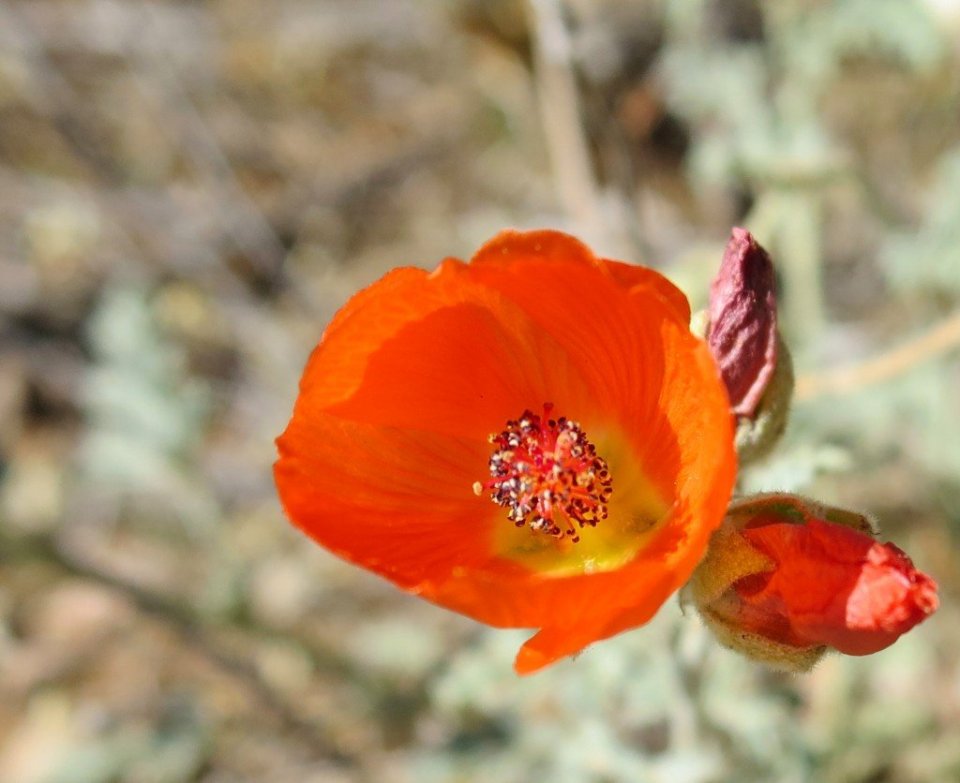 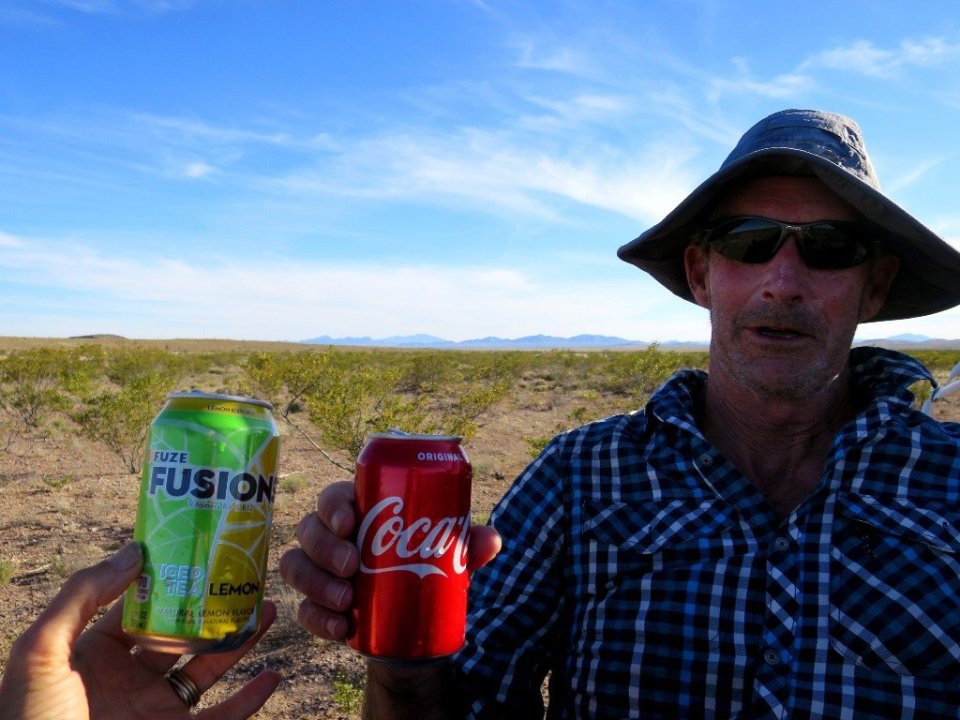 It would have been easy to stop here for the day and move on to the icy cold beers but we decided to resist temptation and hike on. Mike – Daybreak felt better after his long rest in the shade and left just behind us. We hiked for another hour before setting up camp. The first campspot we chose looked perfect till we noticed a strong smell which we found out was coming from a recently deceased cow. We moved on and hiked through a long section of grass which looked a bit snakey and was a bit uncomfortable.

Our second campsite looked perfect, protected by a small stand of Creosote shrubs. We settled for the night with the sound of cattle somewhere nearby also settling down to sleep. We were grateful that this oppresively hot day turned out to be bearable. All thanks to the water cache, the trail magic and that zephyr of a breeze.