Camping at Granite Beach could have been quite a pleasant experience. There are quite a few flat ptotected campspots in amongst the teatrees up on the headland. The nearby creek which cascades over the cliff down to the beach had excellent clear water unaffected by tannins. However the Parks provided toilet was long overdue a maintainence check and it does not appear to have been fully constructed. So when the wind died down through the night….there was a slight whiff of sewage pervading the campground.

We were keen to pack up and head off as soon as we woke. We broke camp and were on our way by 6.30am. Only to be very quickly brought to a stop by the incoming tide. The beach we were to walk on was being smashed by powerful breaking waves. We couldn’t see far enough along the beach to see how much beach we had above the tide further on. There was nothing to do but wait for the tide to recede. So we sat on the cliff edge and had breakfast watching the force of the southern ocean rolling in. It was quite mesmerising – counting the waves and seeing if the movie Papillion got it right. Yes it true that every seventh wave is bigger then the preceding six. It is also true that every now and then there is a rogue wave which is bigger then the rest. We were stranded for nearly 3 hrs before finally braving the rocky beach and making a run through the narrow section and we could finally get on our way.

The powerfull pounding of the waves reminded me of the river crossings in the Sierra when we hiked the PCT. The power of water is something to behold….still gets the heart pumping. After the narrow section, the beach was quite wide and rocky, mainly smooth granite boulders with other conglomerate rocks showing perfectly preserved marine fossils. We took our time on the beach section stopping frequently to look at the fossil rocks. 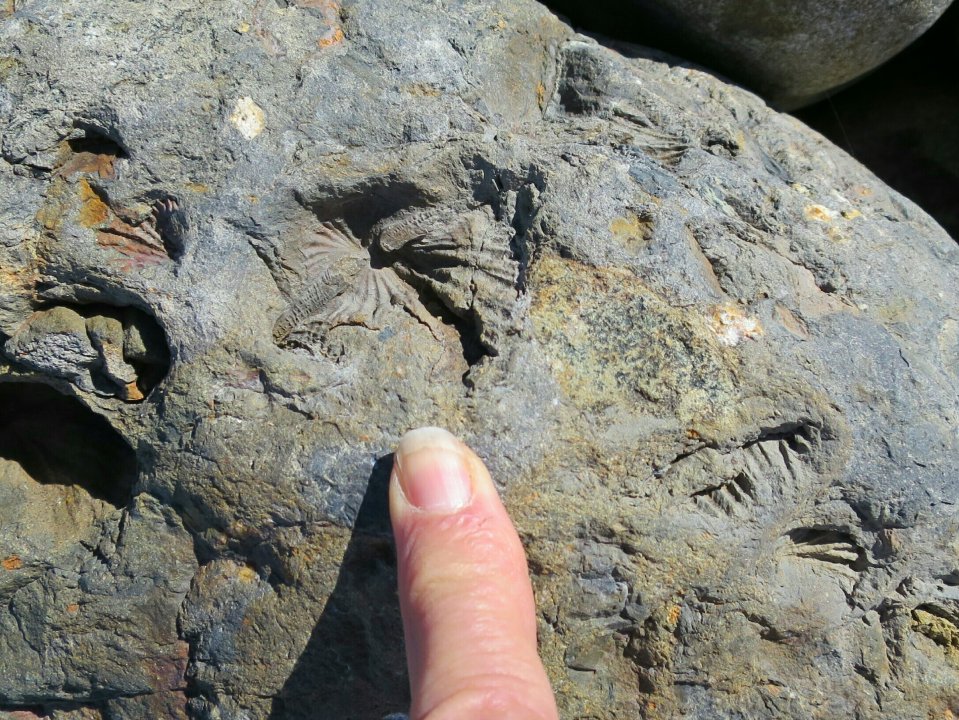 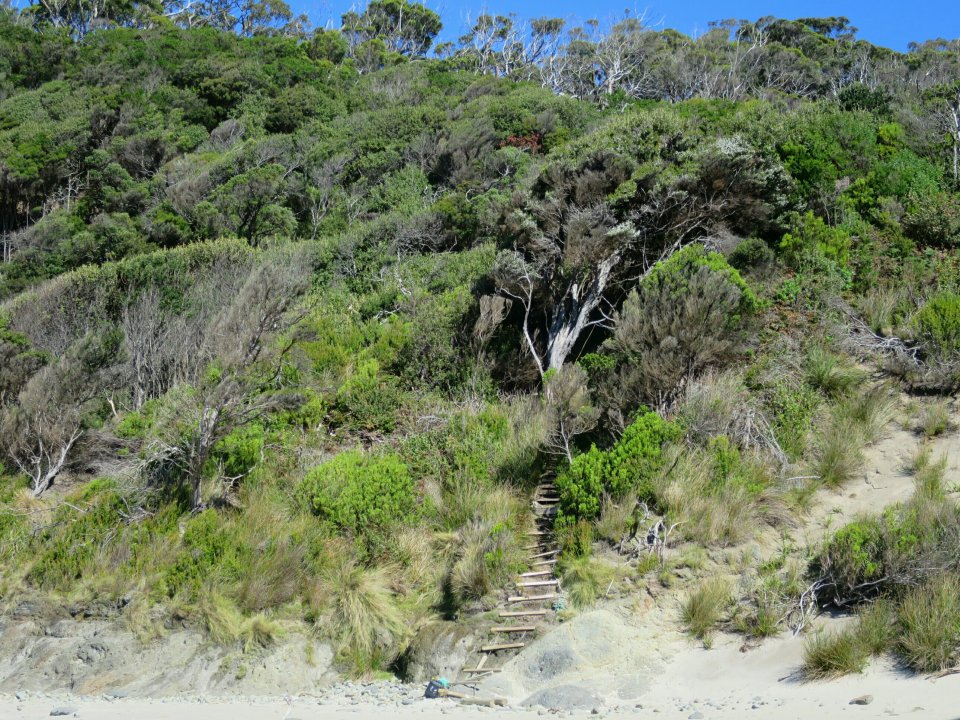 And soon we were back in the forest following an undulating trail which was very steep and boggy in parts. I hit my head on a low hanging branch (for the second time) and Hammer got a nasty cut on his leg from a broken branch. We were not enjoying this section at all. So it was an enormous surpise to come upon a perfectly named Surprise Bay about an hour and a half from the Granite Bay camp.

It is a beautiful beach with a shallow tannin-coloured creek empying across it. There was a lovely campground just above the beach. A short beachwalk with big boulders of folded and tilted rock formations and we were back in the forest. More climbing, more mud and more wondering why we were doing this.

On top of the rise the forest became a lot more open. It was probably the nicest forest we’ve walked through so far. It was great to see a new variety of gumtrees with huge trunks. Many were burnt and hollowed out but still healthy on top. This wonderful forest walking also didn’t last long before we started a long gradual descent through open grassland, much of it in flower. Big mountain peaks were visible with the distinctive cone top feature of the Precipitous Bluff dominating the horizon. Surprise Bay and the magnificent views of this section made the mud sloshing worth it.

From the grassland we again entered the forest for more muddy undulating walking before beginning a steep descent towards Big River. It was mid-afternoon and we thought we’d be at the river crossing in no time. But it was deceptive, although we could see the river we had almost another hour of overgrown track that went up and down before finally arriving at the crossing.

Such a relief to make it here and see that we only had to make the one boat trip across as there were two boats on our side and one boat on the side of the river. The wind was up and Hammer had to work really hard to row into it while I hung on for dear life. From the middle of the river we could see a huge plume of smoke sitting behind Precipitous Bluff. A hiker we passed yesterday told us that he nearly activated his EPIRB as there was a fire started by lightening on the south side of the bluff and the wind was moving the fire towards the trail. Luckily the wind direction changed and it started to rain. 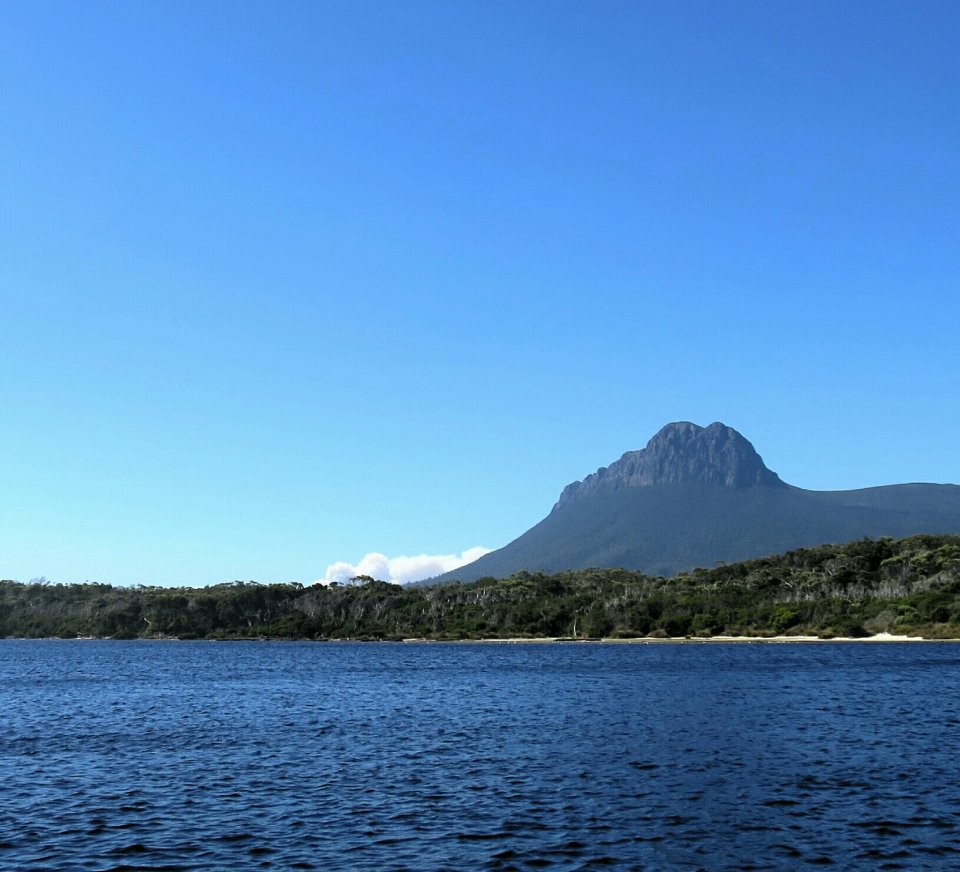 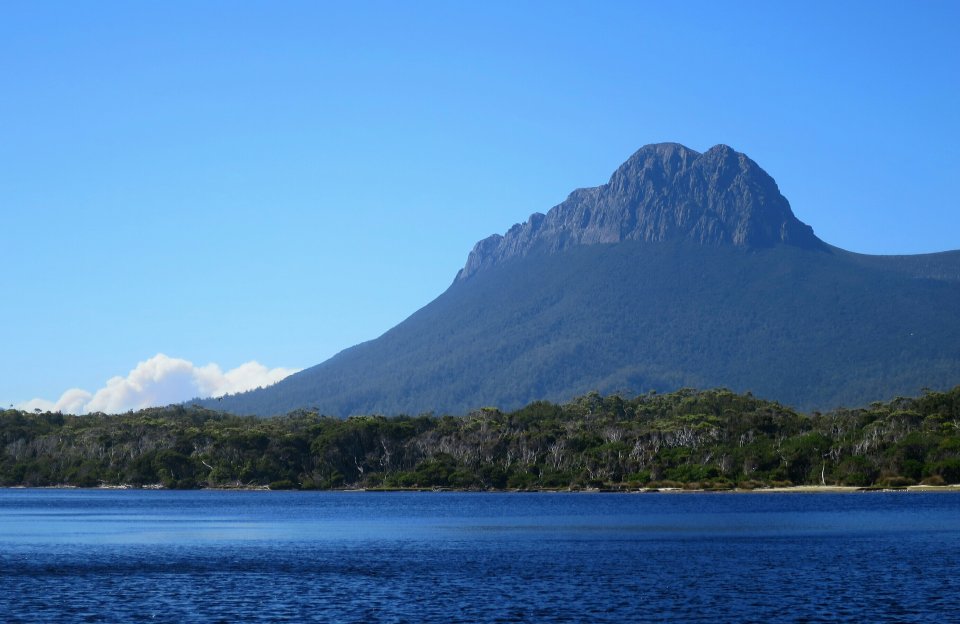 We made it across the river, stowed the boat and started a long beachwalk into a scouring headwind. It felt like we were being sandblasted. We had run out of water and were looking forward to reaching out campspot at Tartua Beach or Deadmans Bay. 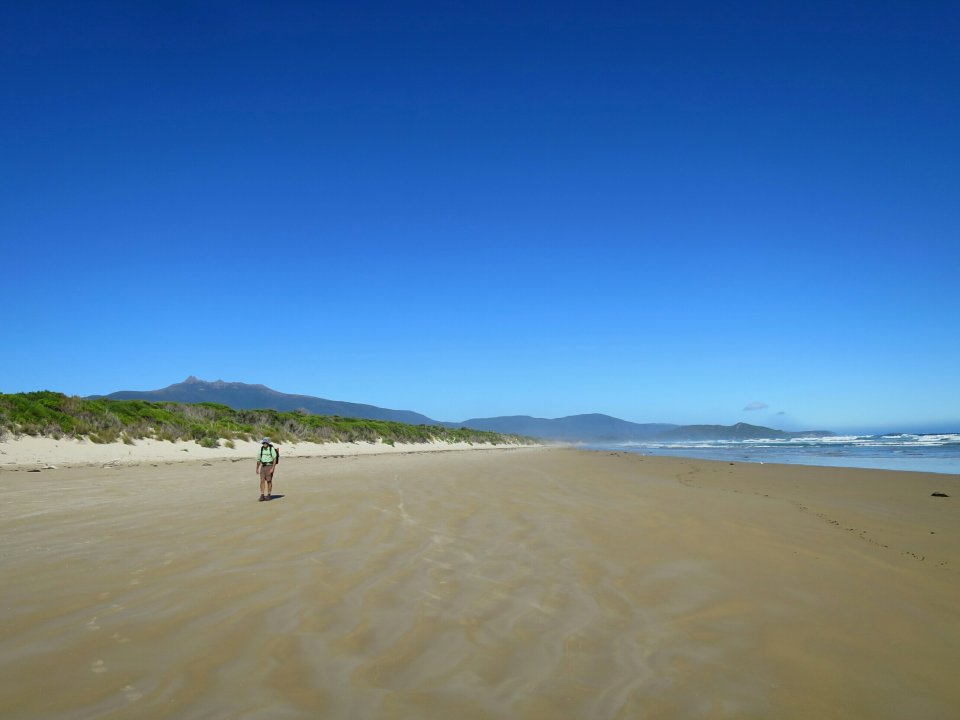 Just before leaving the beach to begin yet another steep climb we found a creek. Just in time, we were feeling parched. It has been a very hard and hot day. We climbed back into the forest and were slowly running out of steam. Since we had water, we made a decision to stop at the first suitable campspot. And soon after the universe provided. A perfect spot for a small tent just off the trail. We were feeling smashed by this trail one more time. It was fantastic to get horizontal and not have to hike the obstacle course which is what most of this trail has felt like.