Flying over Florida Keys and only a short time later reaching the coast of Cuba was a reminder of how geographically close Cuba is to North America. I was surprised to learn that only 90 miles of warm tropical ocean separates them!

We were flying to Santa Clara, the geographic centre of Cuba. In less then 55 minutes we were transported in time and space. We cleared customs fairly quickly. Exiting outside to a crowd waiting for friends and relatives I was struck by the humid tropical heat and the silence.  It felt very peaceful…something I would never associate with airports.

As we had not booked accommodation,  we got a taxi to a  Casa particulare (Homestay) near the centre of town. They had no free rooms but rang around and found us a place nearby. Theresita from our homestay came around and got us. The room was what we expected – private, bright, clean and with an ensuite bathroom. We were so happy that people were so helpful, we spoke no Spanish and they spoke no English but somehow  it all worked  out.

Our impressions were at first that everything reminded us of Costa Rica – the tropical warmth and the streetscape. Except that here the streets were not crowded and did not hum with car noise and tooting of horns. The upside of low car ownership. We passed many horse drawn carts and kids taking rides on goat drawn carts. Santa Clara is  poor relation to the rest of the country. Its  main attraction is its recent revolutionary history. Che Guevara  is the revolutionary who turned the course of  Cuban history here in Santa Clara. We walked over to the Che Guevara memorial which was not far from town centre. Standing on a small hill it  looked even more grandiose in the late afternoon setting sun.  Boys were playing soccer at a park nearby and families were out enjoying the open space. Santa Clara is a small, very relaxed and peaceful city with many homes that are in dire need of significant  repairs. 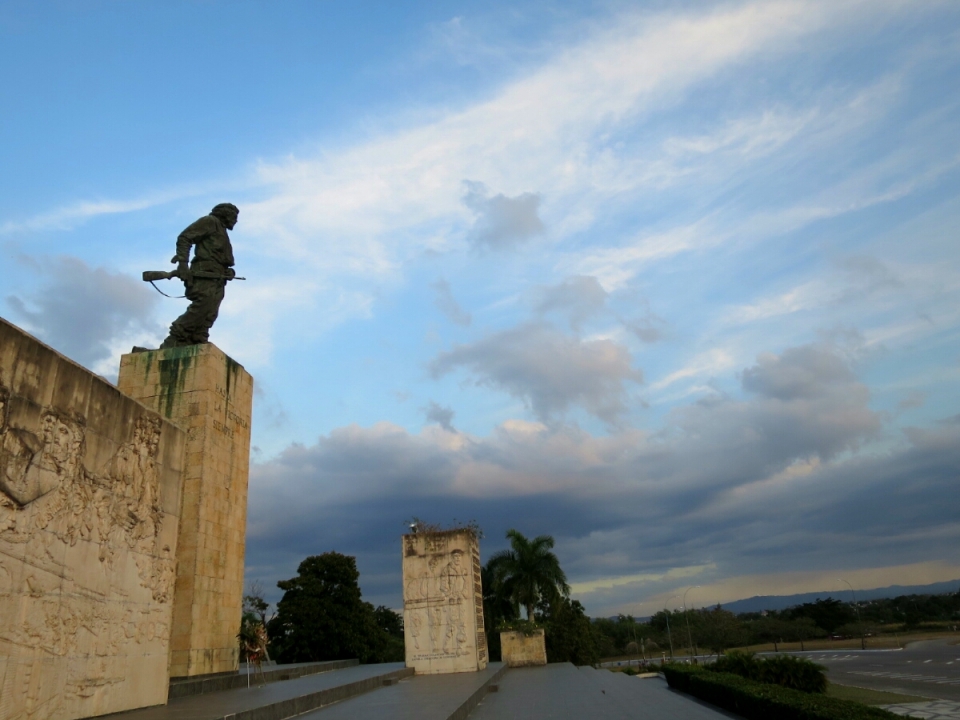 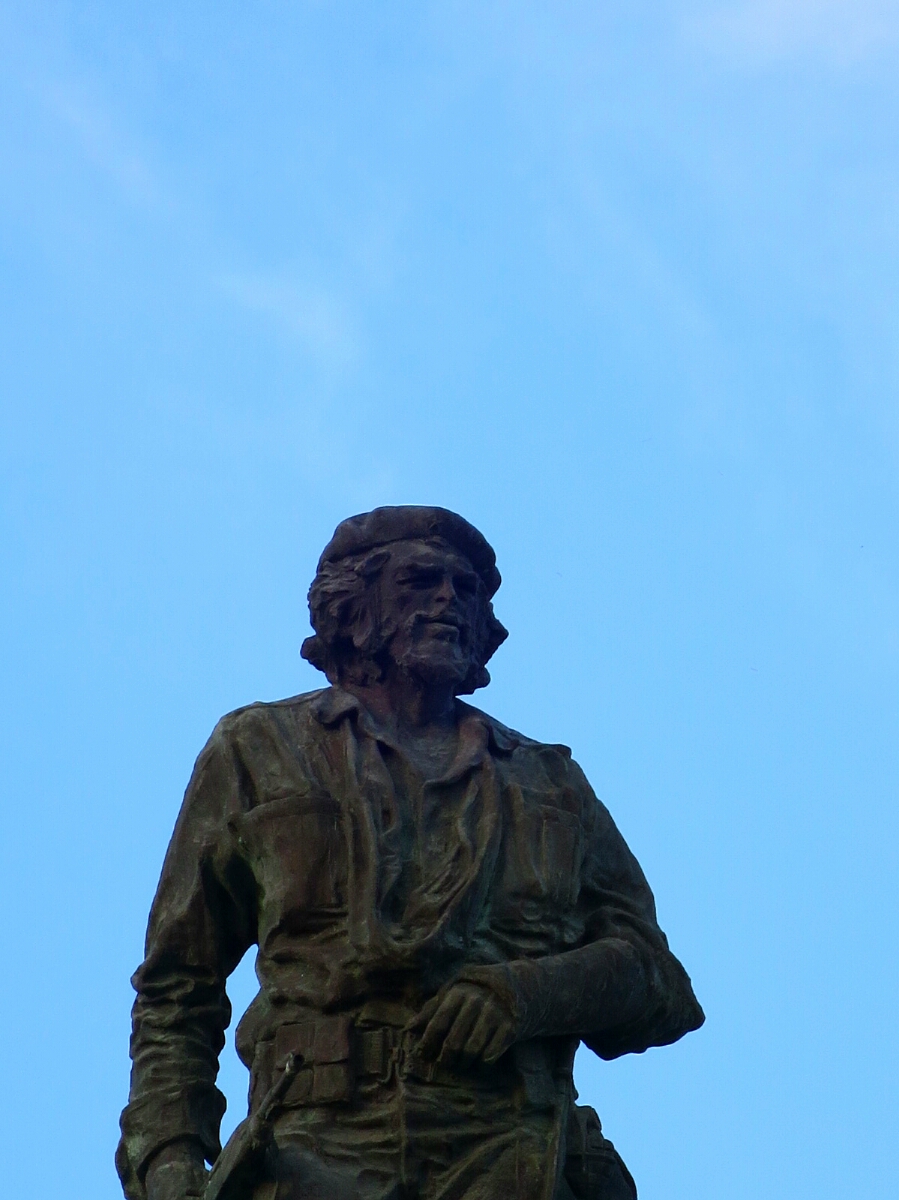 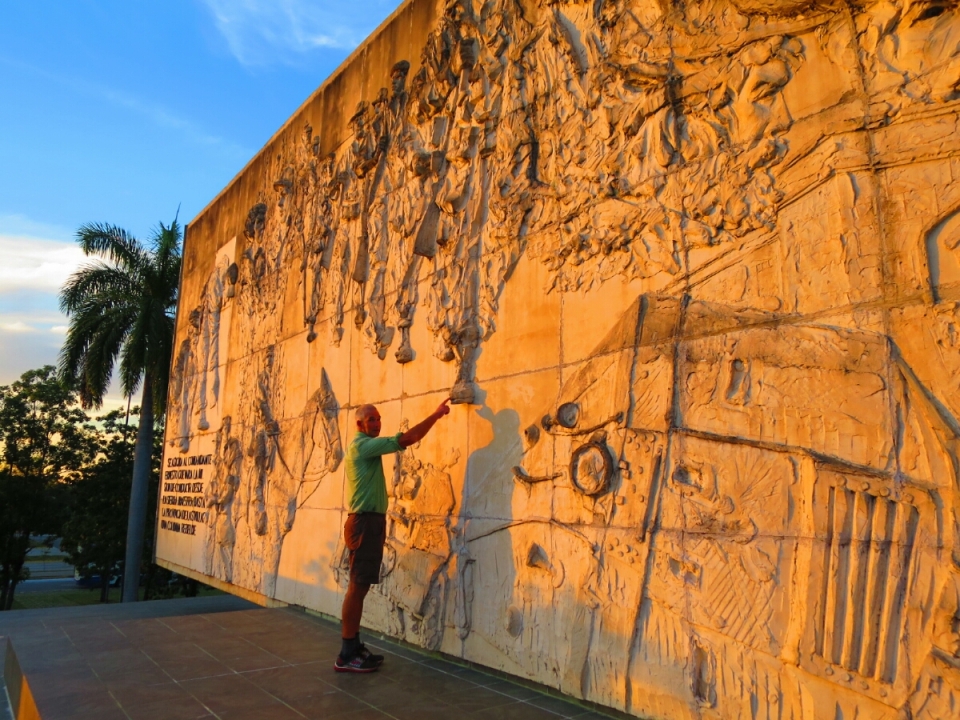 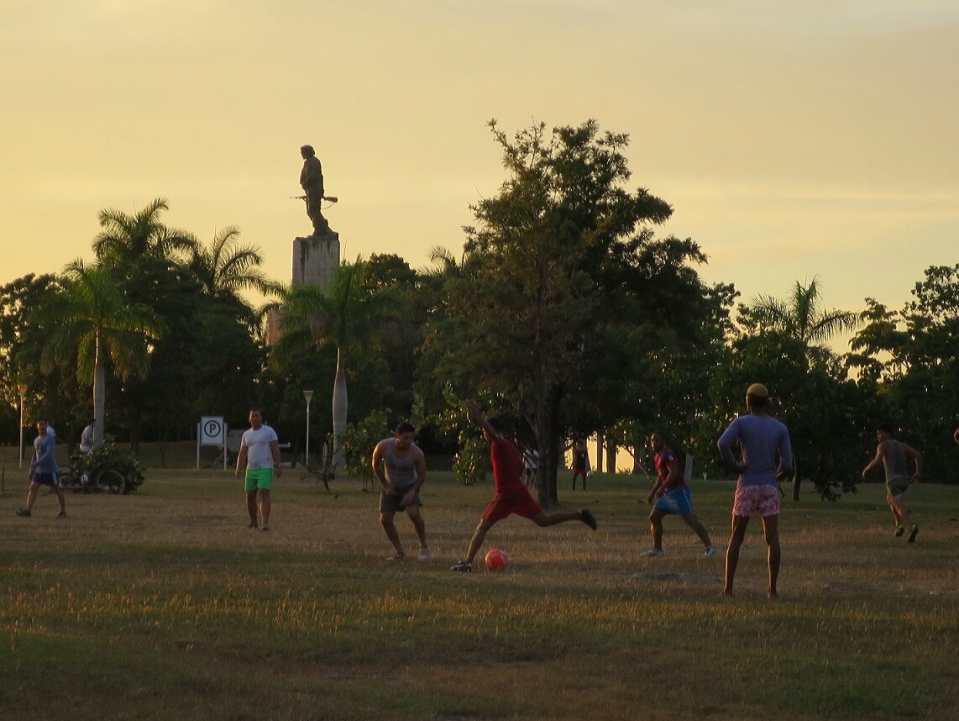 Lou-Seal was not intimidated by the Che and Ninio sculpture. 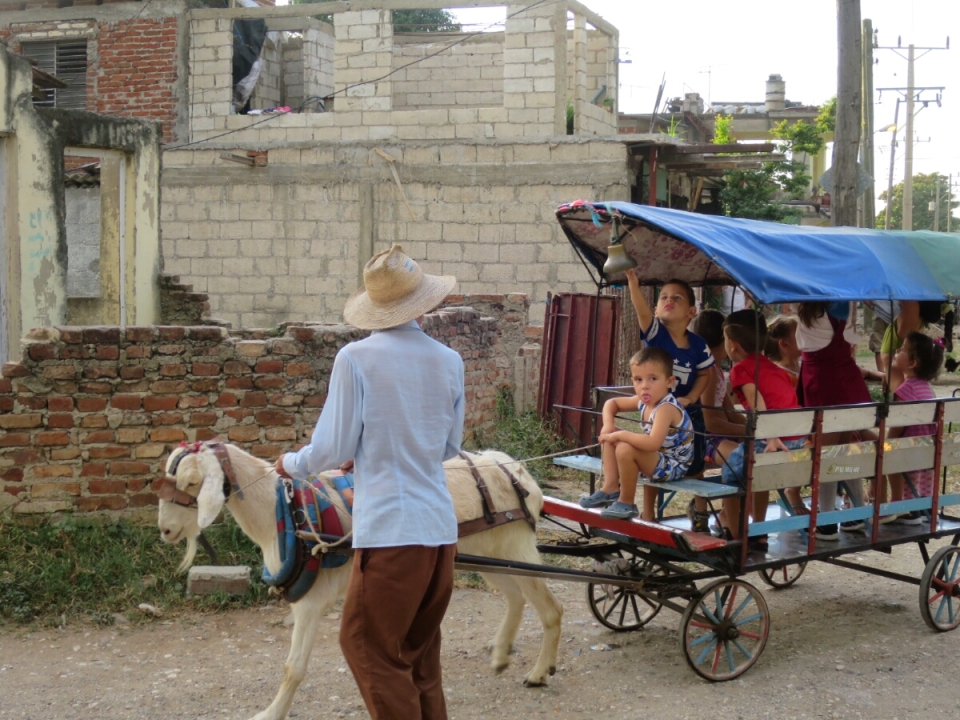