A day of rest in Tamarido, a beachside town famous for its surf. It is so hot and humid. Such an amazing contrast to the mountains of Montaverde. 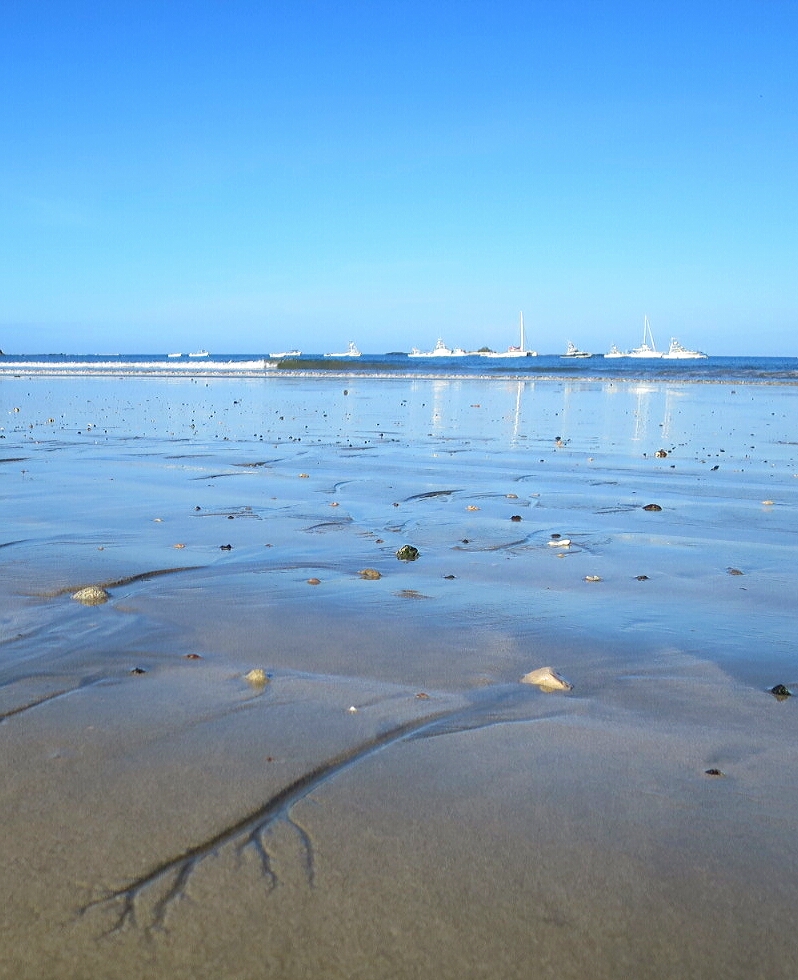 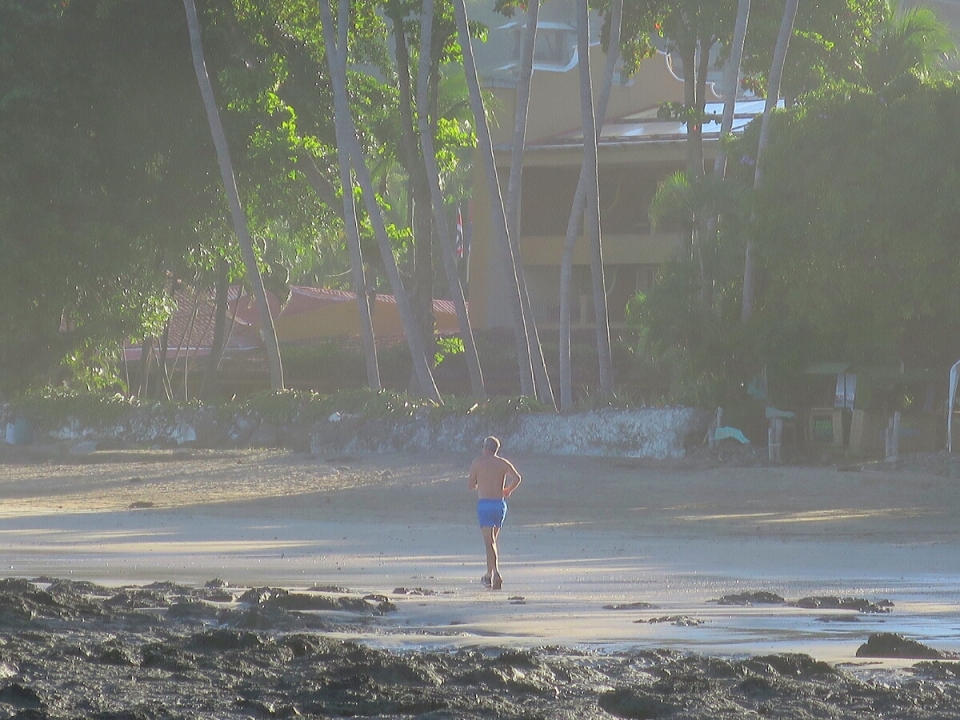 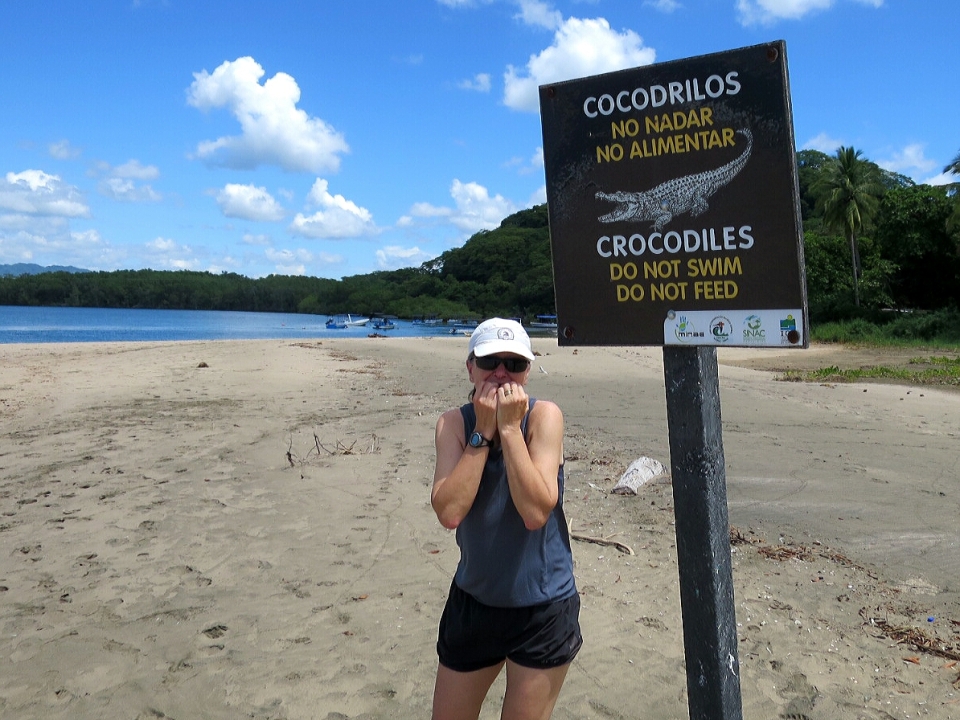 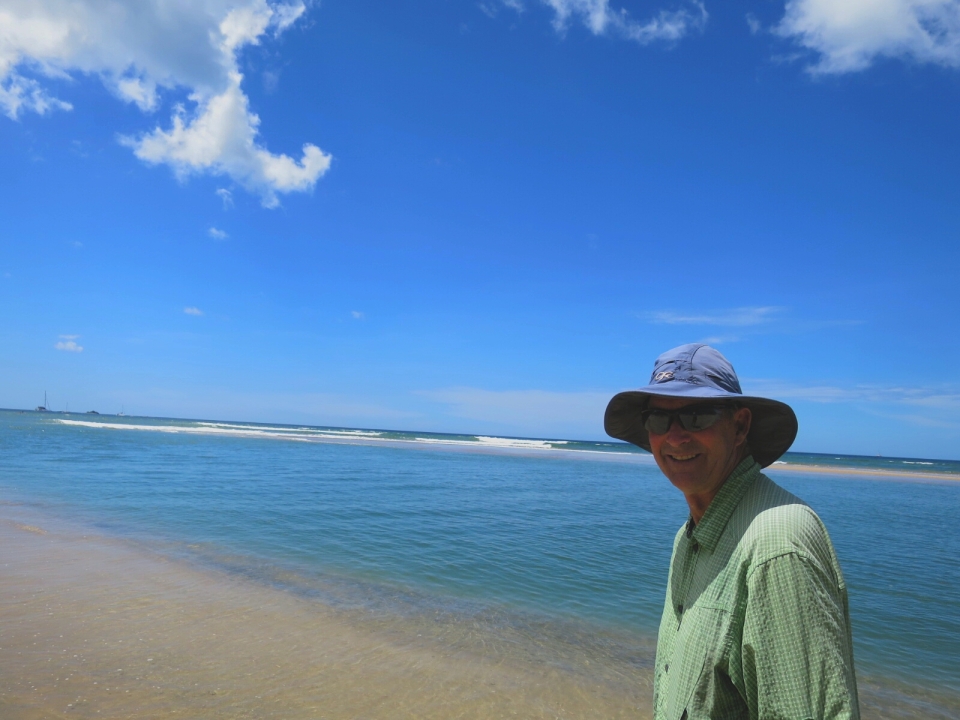 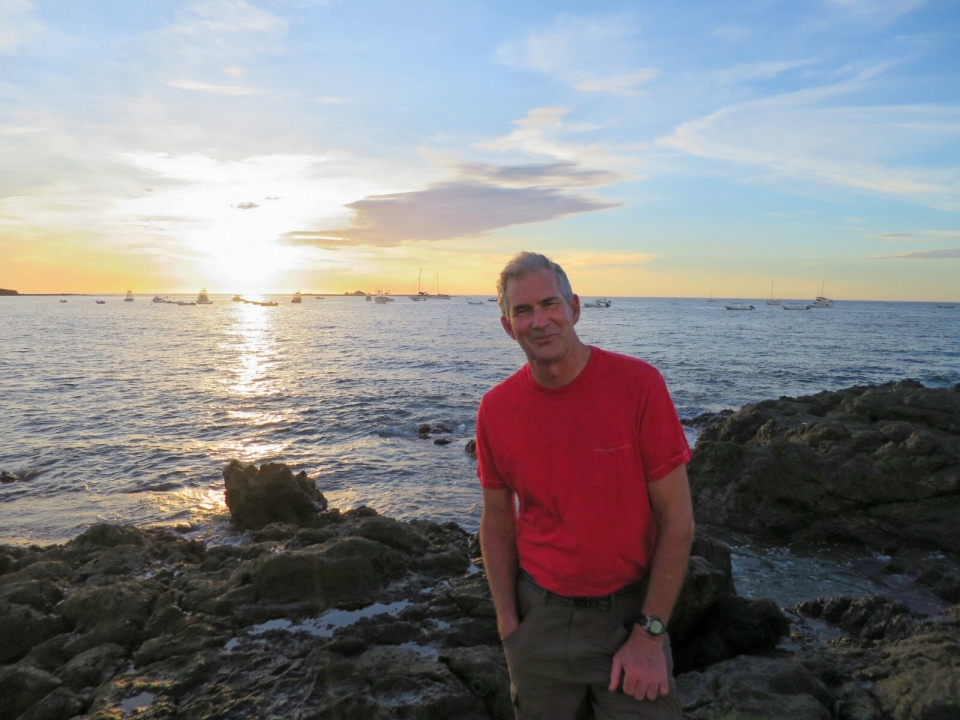 To get from Tamarindo to Montezuma we had a choice of a day long trip  involving 4 bus changes and a long ferry boat  ride or pay more to get a shuttle bus. We chose the shuttle which took about 5hrs. Most of it  was  through pretty green countryside with one segment from Nicoya over bone-jarring dirt road.

We had high expectations of Montezuma. It was described as having golden sands and azure blue ocean. On that  we were a little disappointed to find a very small town with volcanic grey sand, lots of washed  up plastic debris on the beach and ocean  water that  was a bit brown.  Having said that, it looks rather pretty in the photos. 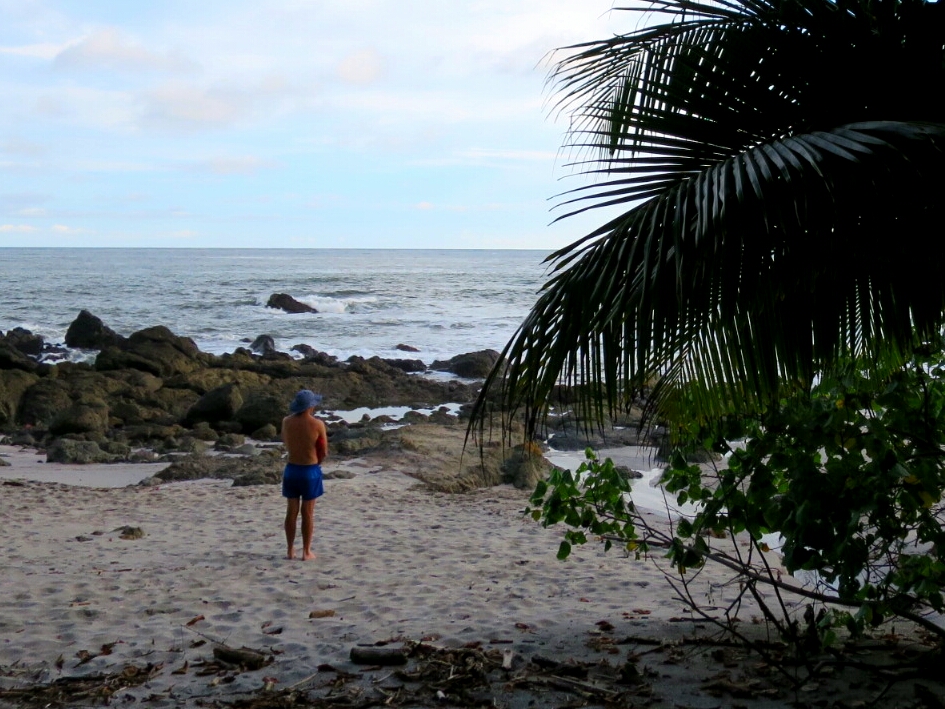 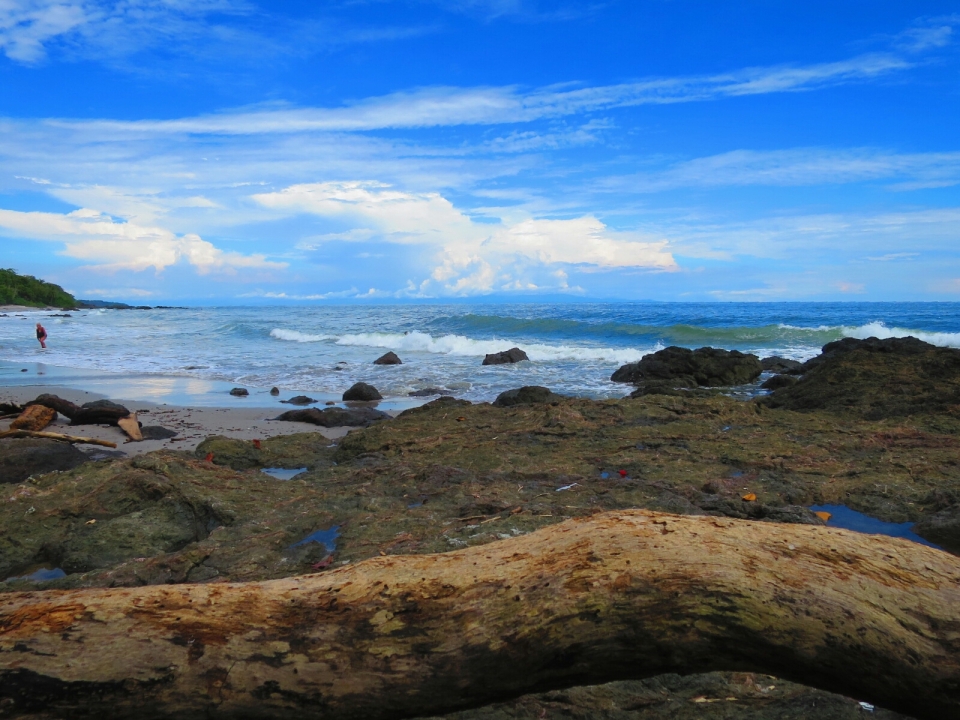 A boat  ride across  the Straits of Nicoya and we were trasported from sleely quite Montezuma to a bustling seaside  town of Jaco. This town from what we read and what we could  see has been under some development pressure. On the upside to the highrise development, the property  boom has meant that most  of the local roads were paved.  The beach is very long and has a few rivers crossing it. Like the last two beachside towns, the sand is volcanic in origin which we are finding hard to get used to. 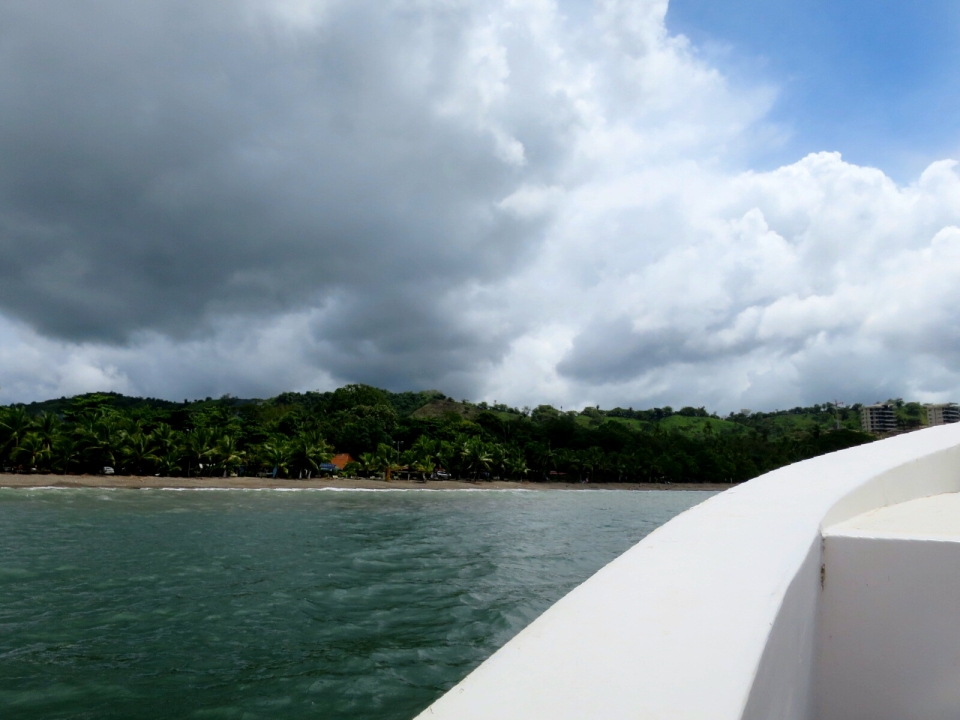 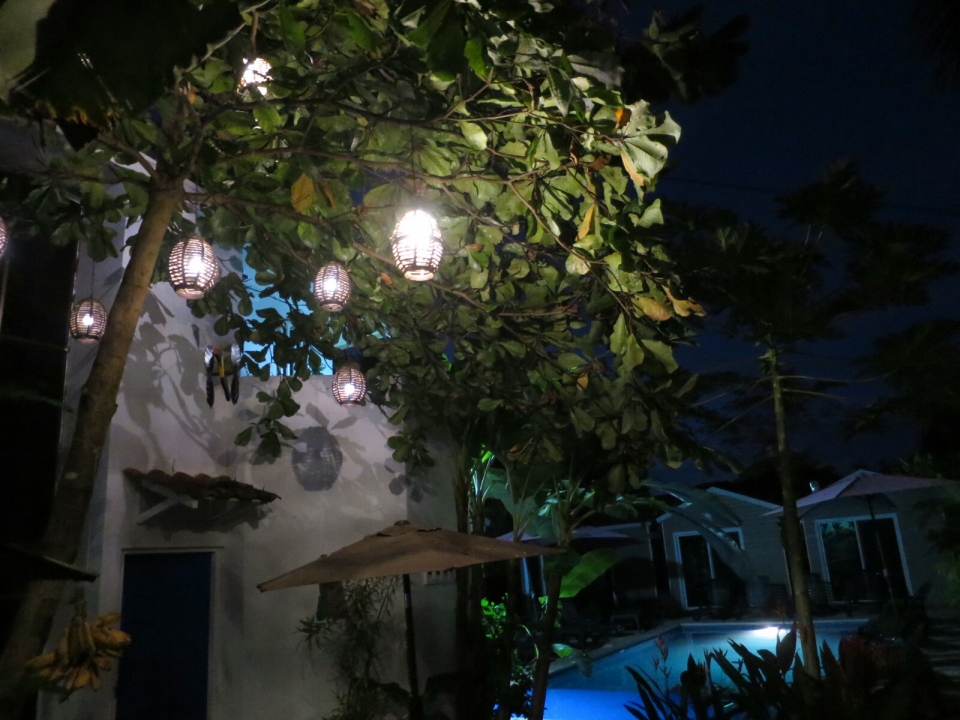 We decided not to stay in Jaco any longer and caught a local bus to Quepos, the gateway to the Manuel  Antonio National Park. I set on the bus next  to a lovely lady  from Puntearenas who spoke English. A very informative local source. By the time we got to our accomodation the skies had opened and a tropical downpour filled the streets. The rainstorm passed long enough to allow us to explore the town a little before the rain returned and drove us indoors. 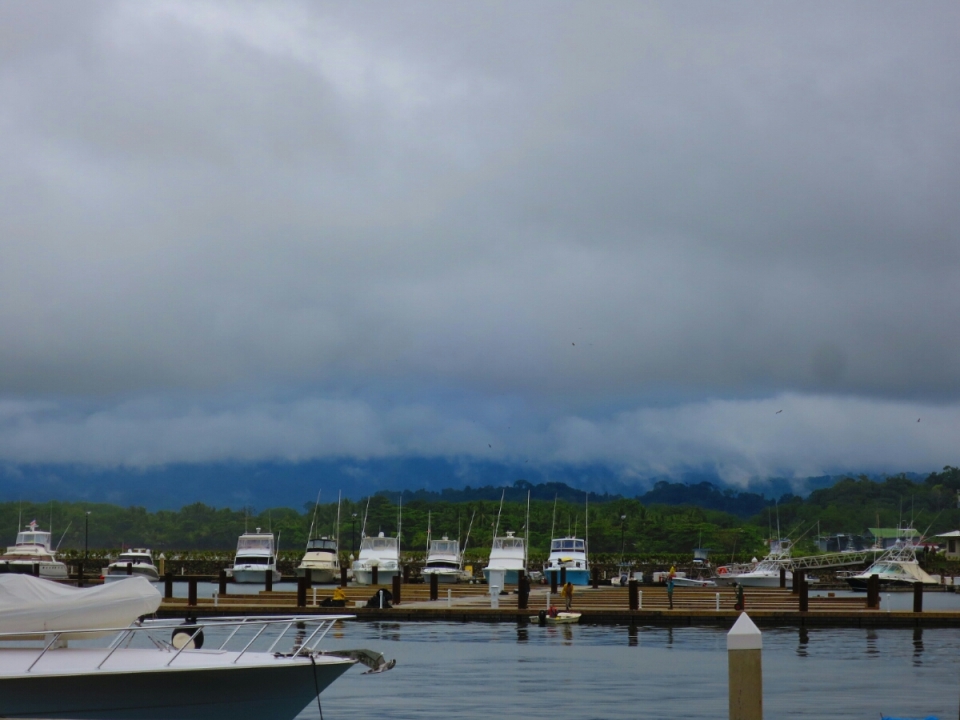 A day exploring the Manuel Antonio National  Park which is only a short bus ride from Quepos.

We walked all the trails possible  in the park.  It was incredibly hot and humid under the canopy of the forest. We saw sloths, capuchin monkeys, a deer,  racoons and a large bandicoot like animal called agouti. Lots of bird sounds and fungi growing on fallen trees. Hammer had a swim at one of the quite beaches until  we were invaded by several  iguanas.

A very late lunch at the village adjoining the park and we were done. This has been the longest  time on my feet since coming off the PCT trail in July.  Ankle feels OK, I just need to work on fitness especially in these  sauna like  conditions.

We made it back to our accomodation just in time before another tropical  storm arrived.  It is wonderful to listen to the sound of thunder and pouring rain while inside. 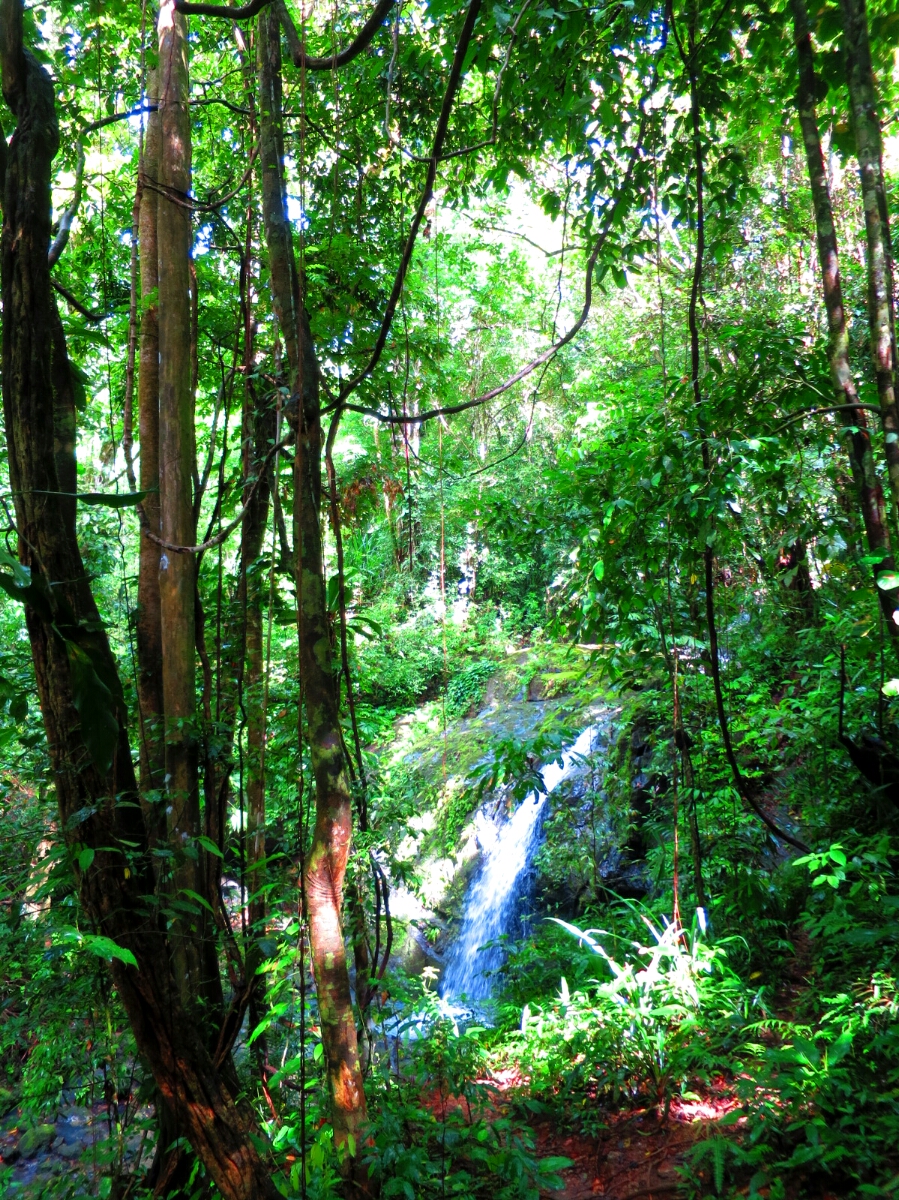 It is predicted  that the  rain will continue today  and for  the rest of the week. So we decided to head back to San Jose to explore the museums and galleries before we leave for Guatemala on Tuesday.

New development outside of Quepos. Huge and empty. 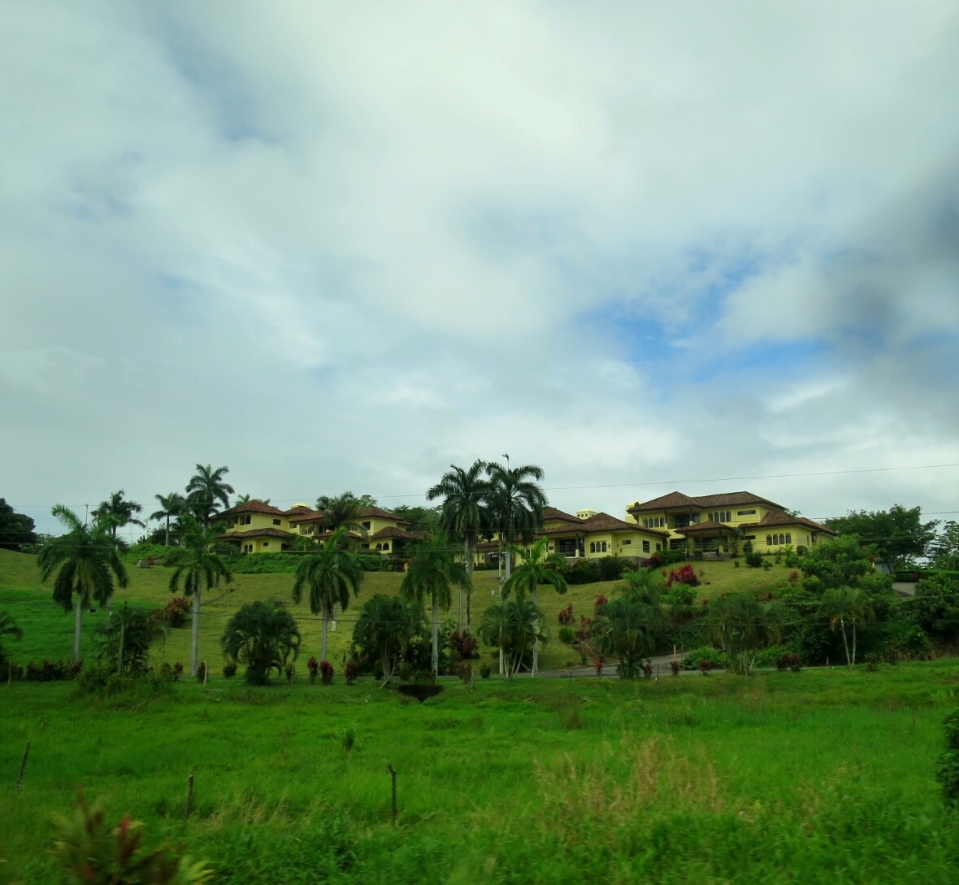 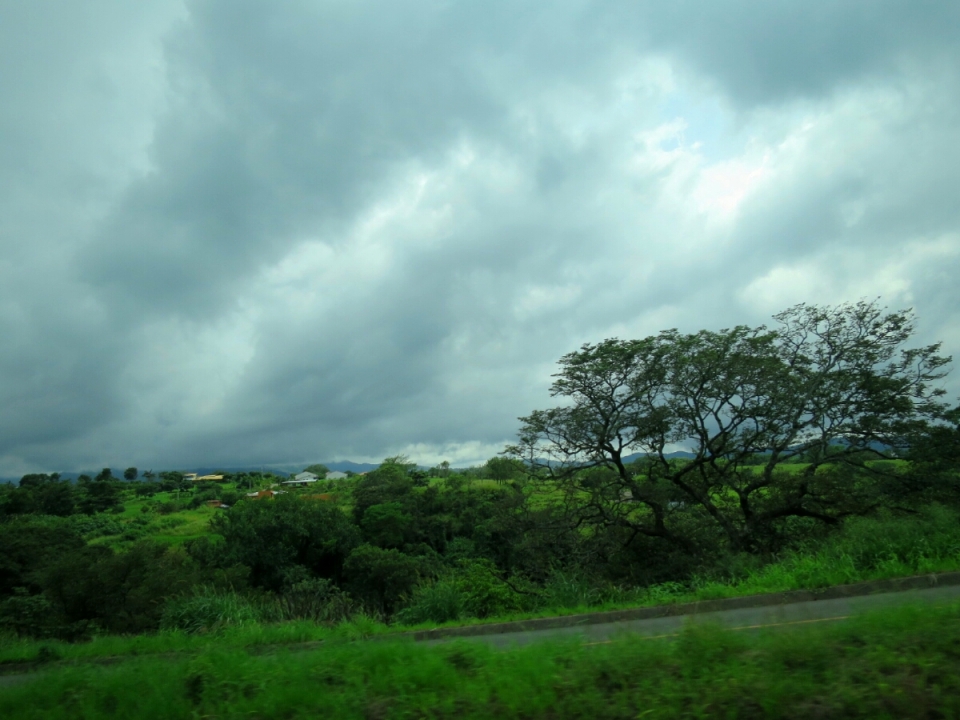 We made a rookie mistake of spending the morning hours indoors planning   our first few days in Guatemala. By the time we got outside the clouds were gathering. We walked to the Modern Art museum on the west side of the city. We had forgotten that usually on Mondays almost all museums are closed. Anyhow we enjoyed the walk to the west side of town up until the rain arrived.

Adios Costa  Rica, it’s  been interesting and a great introduction to Central America.