The wind was howling, it was still dark and the the clouds looked dark and threatening. The sky was an inky blue when we left our accomodation to start hiking the 100km long Great Ocean Walk. Showers were predicted for most of the day.  Not  perfect conditions but we were super keen to get hiking again. After the obligatory photos at the start near the tourist information office we were on our way.

The first 2km of the trail wound around the foreshore of Apollo Bay and the neighbouring Marengo. Easy walking to get used to carrying a pack again. Once we left the town behind, the scenery was spectecular. Pounding surf and jutting out headlands stretched out as far as we could see. The fact that the wind was howling added to the wild nature of our morning. All the way to the first designated campspot at Elliot Ridge (at 10km), the trail alternated between rockhoping on the beach, walking on the sand or the cliff edge. We reached Elliot Ridge 3hrs after leaving Apollo Bay.  After a  short stop here and we left the campground and headed inland away from the wind and the surf.

The rest of the day we walked through the forest dominated by towering eucalypts. The trees were so tall and graceful swaying slightly in the wind. It was quite and peaceful after the fury of the crashing surf. Absolutely beautiful.

We were walking along absorbed in our solitary revery when we were assaulted by the shrieking of what sounded like a charging rhino.  Looking around we couldn’t see anything. It was when we looked up that we noticed, about 15km up a tree, a very beefy looking koala.  Wowser,  I have only ever seen one koala in the wild. And I would swear it was stuffed as it did not move at all. So you can imagine my surprise to see this one quite animated. Looking around we saw two other koalas on nearby trees. The shrill shrieking was a mating call perhaps? We watched them for a while but they all went back to munching gum leaves.

Walking along we continued to scout the tree canopy for further koala  sightings and saw three more.  Koala sighting heaven,  we were happy to return our gaze to the ground in case there were snakes about.

Such a magnificent forest to walk through, I did not want it to end. But before too long the sound of the ocean started to penetrate the silence of the forest.  We knew were were close to our destination for the day, the campground at Blanket Bay which is located right by the beach. There were bright blue breaks in the sky and we very happy to reach our campsite feeling like we could have walked on.

Blanket Bay has a car camping area not far from the GOW walk-in campground. And not surprisingly for such a stunning location there were a few campers there. However, we were the only ones in the hike-in camping area.  This was really well set up with camp spots arranged to be fairly private and a communal cooking shelter.

We would rate today’s hike as relatively easy. The trail is in great condition, the terrain does not have any significant climbs or descents. Just a few stair sections to reach the beaches. Significant rain held off all day, which I am sure added to the ease and the enjoyment of today’s hike. 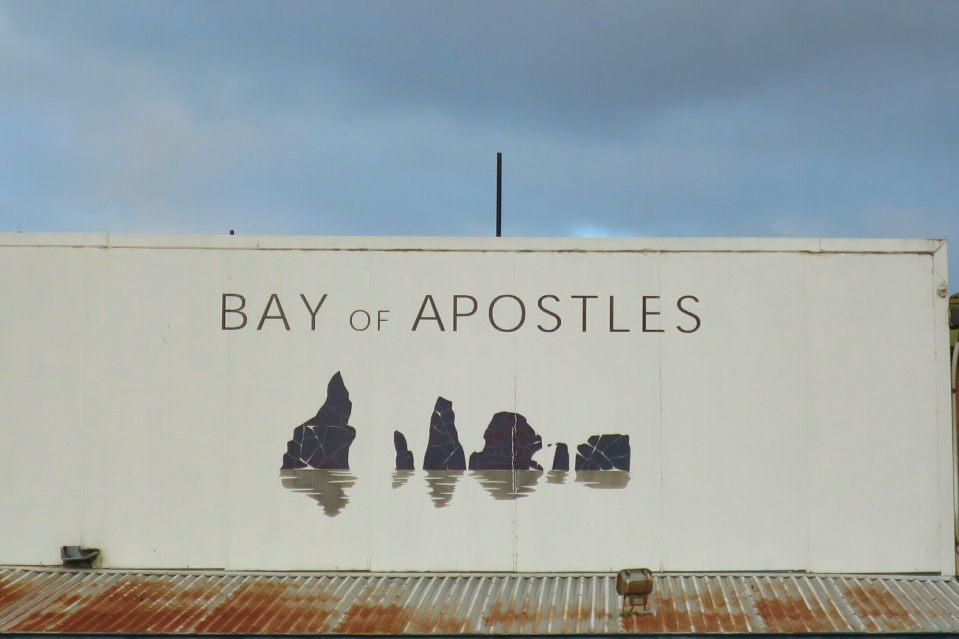 For king and empire.

And the glory of God

Lou-Seal looking forward to heading out.

Did I say I was excited to be hiking again?

On the way to Elliot Ridge 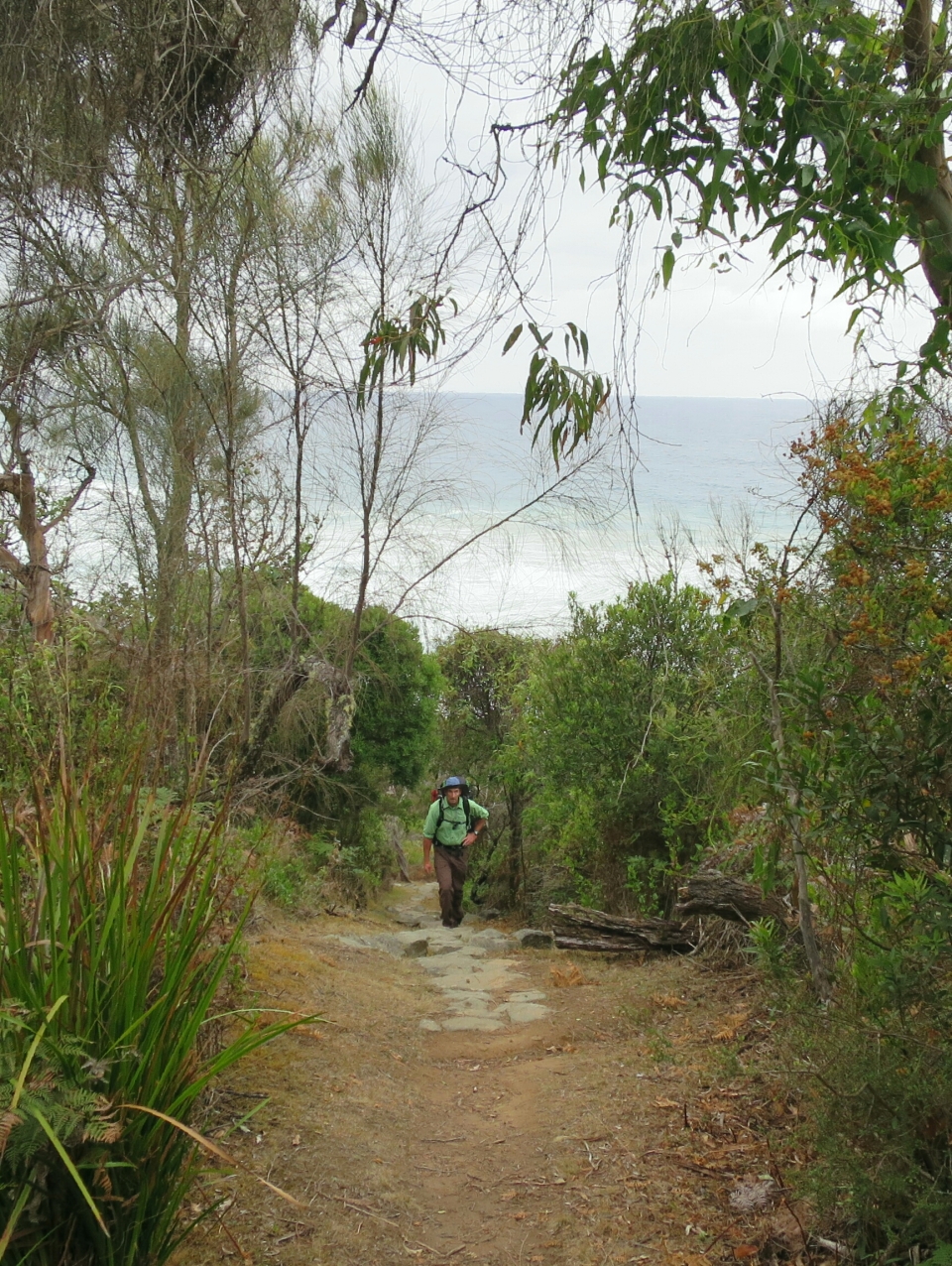 As steep as it got today. 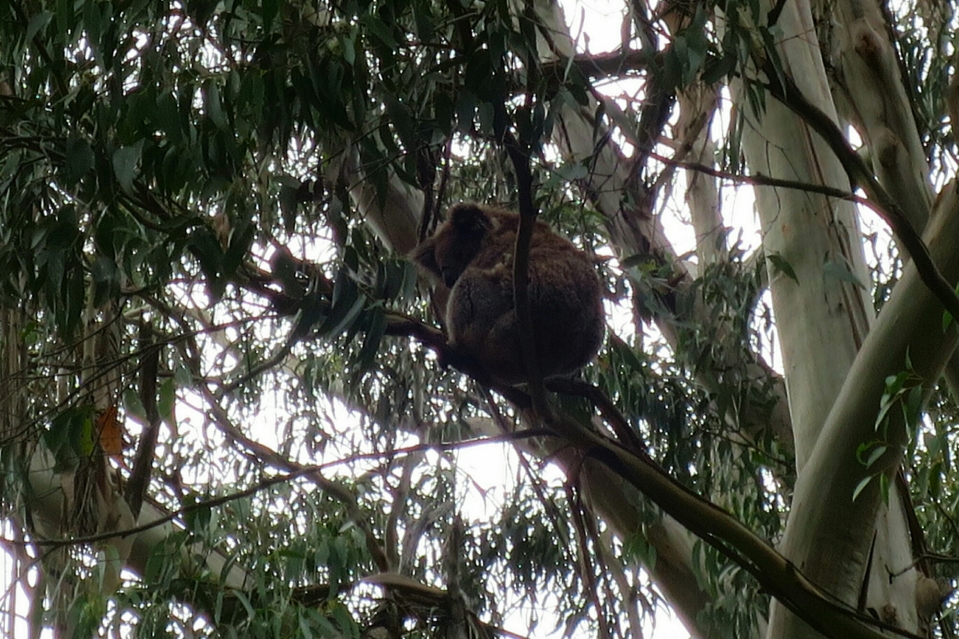 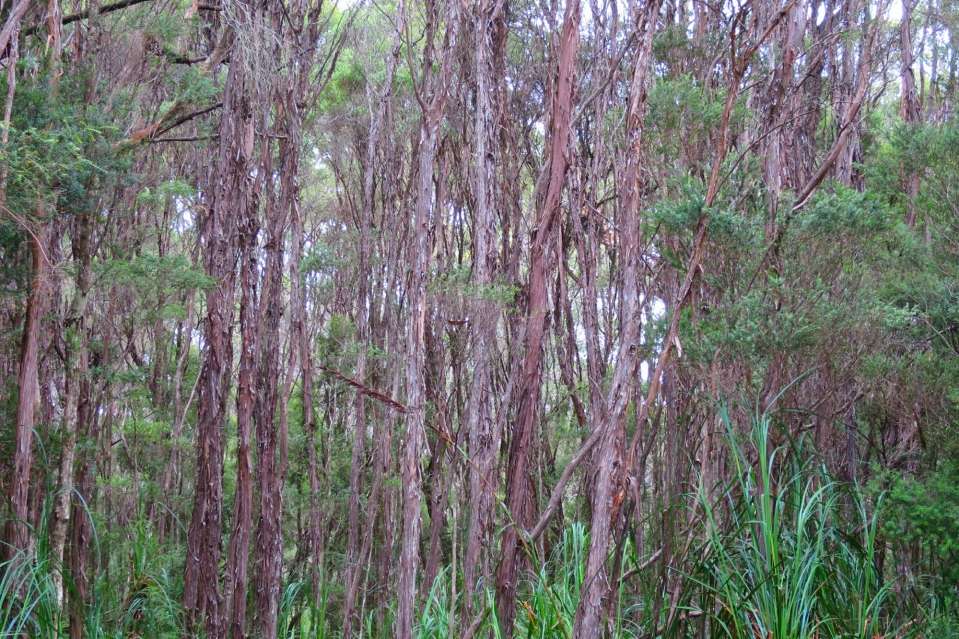 A small section of Stringy paperbarks 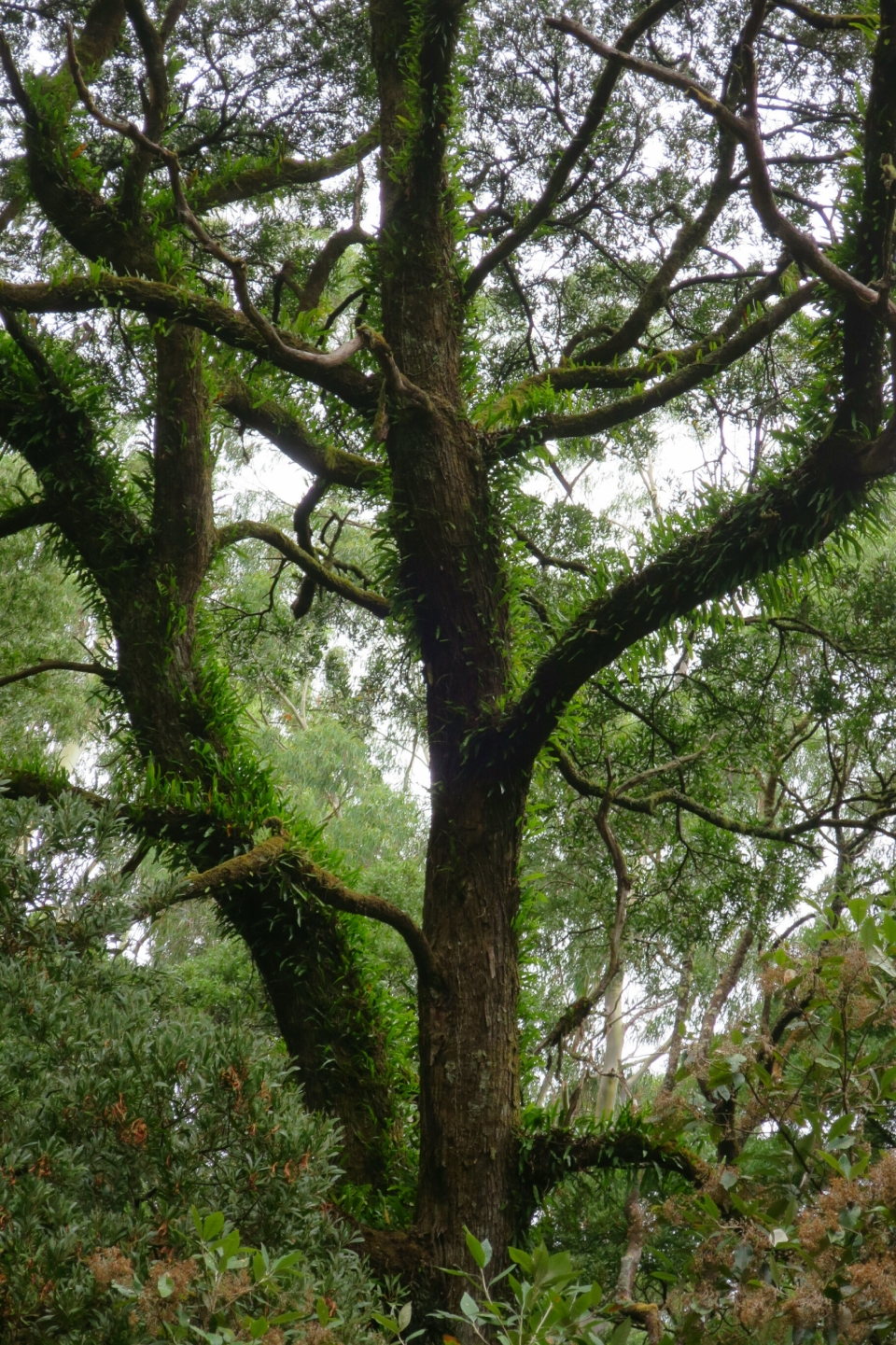 Lou-Seal loved being back on the trail.

Ocean glimpses through the trees, descending to Blanket Bay Beach.

Lou-Seal happy to be by the seaside 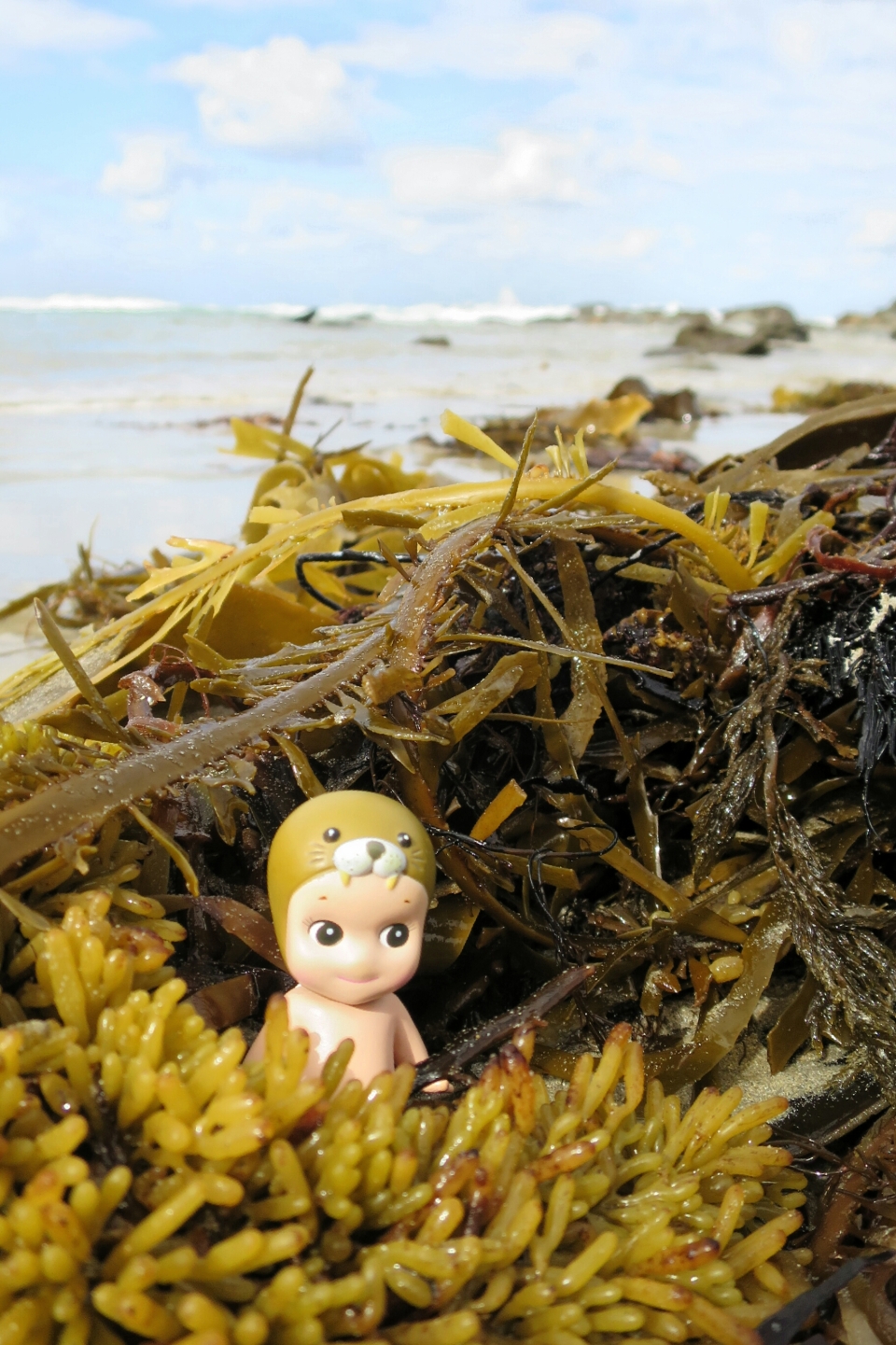 Mucking around in the weed

2 thoughts on “TALL TREES AND KOALAS”