A day hike that I will remember as a big reveal. A jaw to the floor surprise that was so unexpected it brought us to a full stop in our tracks.

We were keen to get away early in the  morning as we had a long day ahead. The first four kilometres were up a hill through teetree scrub without a glimpse of the ocean. Pretty uninspiring way to start to day. But we were fresh and the hiking was not much of an effort.   It was eyes to the ground, absorbed by your thoughts sort of morning. We started to descend slowly and could see the coastline stretching out in front of us. It was only as  we came around a bend that suddenly a huge escarpment appeared to our right. It sort of appeared without a warning of any significant changes in elevation. It was a stunning rock formation that bordered the trail on the way to Castle Cove lookout. The cliffs were pockled with hundreds of caves which I imagined would be perfect hermit dwellings.  It was so unexpected. I could not stop looking up at the crevices and caves half expecting to see hermits eyes peering back. It would be interesting to learn more about the geology of this section of the coastline.

For the next couple of hours we followed the clifftop with coastal views towards Rotten Point. Just before the Point was  Dinausaur Cove, a famous archaeological site where dinosaur fossils were discovered. Hammer was very excited as he covers the evolutionary history of this site in his lessons. He has watched Australian Time Traveller numerous times. It is a documentary about the evolution of Australian flora and fauna featuring this site. No chance of getting down to have a look as the site is surrounded by imposing cliffs.

From Rotten Point we descent onto Johanna Beach for the next couple of kilometres. Such a beautiful beach:  white sand, deep blue ocean and sunshine.   Reaching the Johanna Beach GOW campsite we were at halfway of todays walk.

From Johanna Beach the trail deviates a long way from the coast,  following an access road through farmland and surprising a plantation timber forest where logging was underway when we walked past. Walking along here was hard and we needed walking poles to pick up the pace.  Just before we came off the road we had our very first experience of trail magic.  The owner of last house on Milanesia Road had sat up a hiker water station equipped with containers of drinking water guarded over by Captain Bob. The owner was in the garden so we stopped to chat. He ended up showing us his very impressive straw bale house with exceptional ocean views.

From here we descended a dirt road to the very stunning Milanesia Beach. It was warm, the sun was shining and Hammer decided that he must swim in the ocean.  We had another short break here for a swim before beginning the long and bloody hard slog to our campspot at Ryans Den about 8 kilometres away. The afternoon shadows were lengthening but it did not deter us from lingering even longer on the track out of  Milanesia Beach picking the most delicious wild blackberries. They were sweet and still warm from the sun. It was a case of just one more as we walked past the berry laden bushes and then we go. Life is pretty sweet.  Finally we just had to stop looking at them if we were to make our campsite by nightfall.

The trail to Ryans Den wound its way through at least 7 gullies each with a steep walk down and back up again and with little glimpses of the coast.  I started to think we would never get there.  But like all things on this trail suddenly it just appeared. We have arrived at Ryans Den  and well before sunset.  We were the only there so we had the pick of camp spots. We ended up at the very end of the campground, at spot no 8 that was recommended to us by the park ranger we met earlier in the day. We had stunning coastal views to the east and west. Cape Otway lighthouse was clearly visible at the end of the eastern shore. Hard to believe we walked past it only the day before.

The sky was clear and we watched a magnificent sunset. Hammer was very keen to sleep in the tent without putting on the fly so we could see the stars through the night. I was not so sure that the clear sky would last. We were in Victoria after all. After a short discussion Hammer was persuaded to cover the tent in case it rained. And…it rained, all through the night and much of the next day. 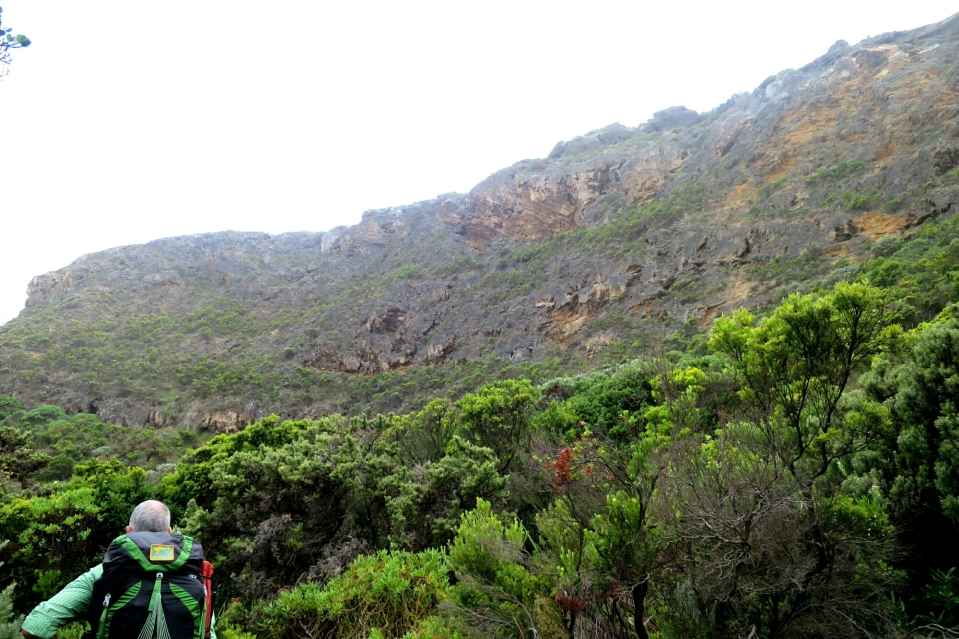 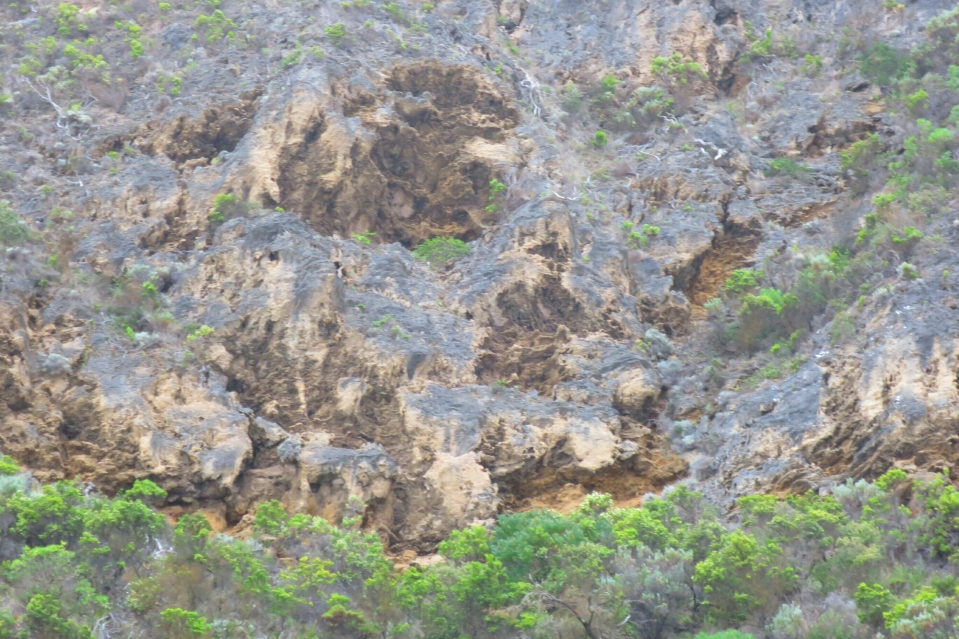 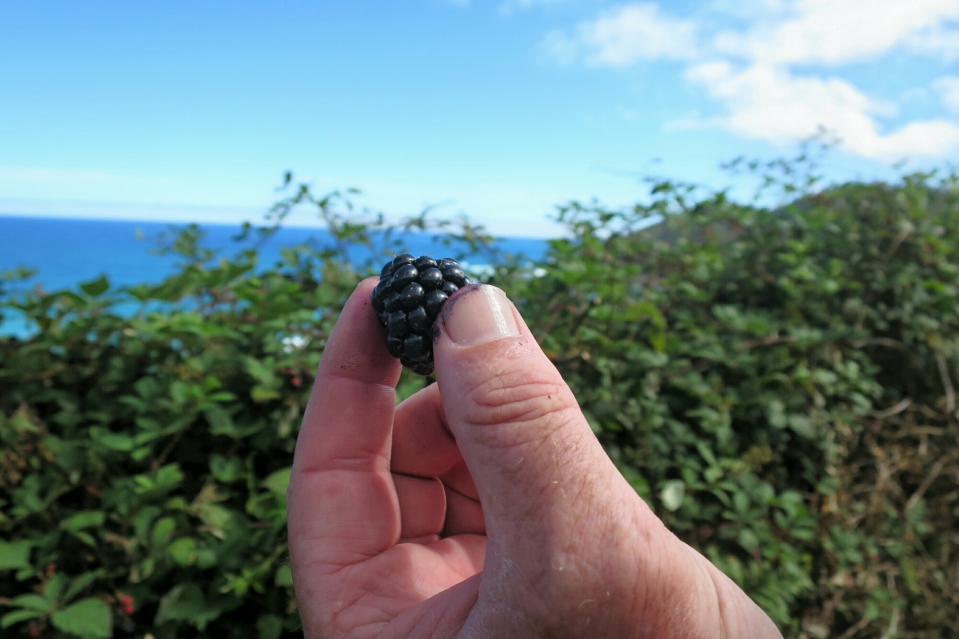 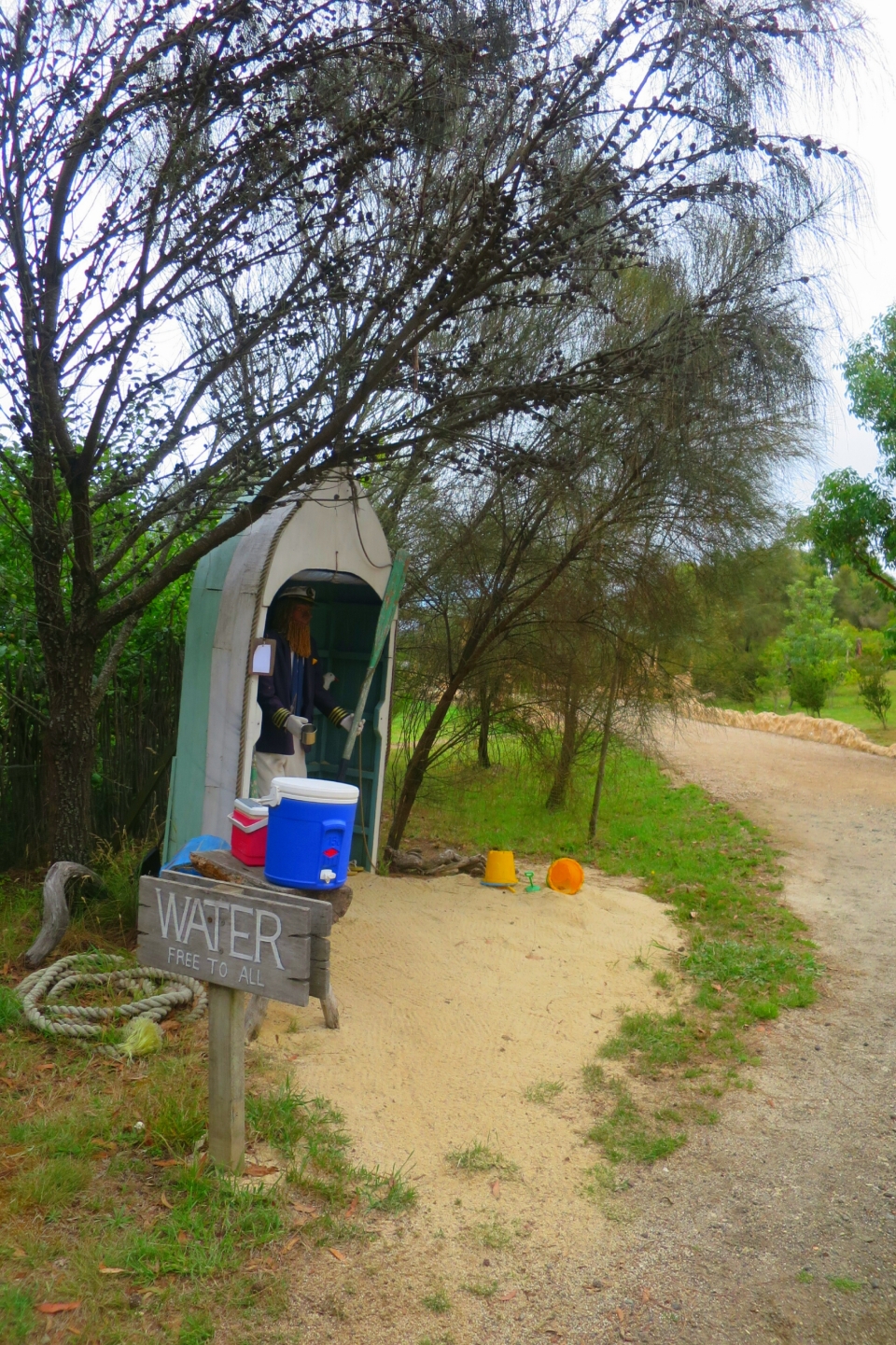 Not quite great ocean walk

Not quite great ocean walking

Trying to stuff joey in the ouch before we arrived

Why are hiking clothes mainly grey colour? My question answered 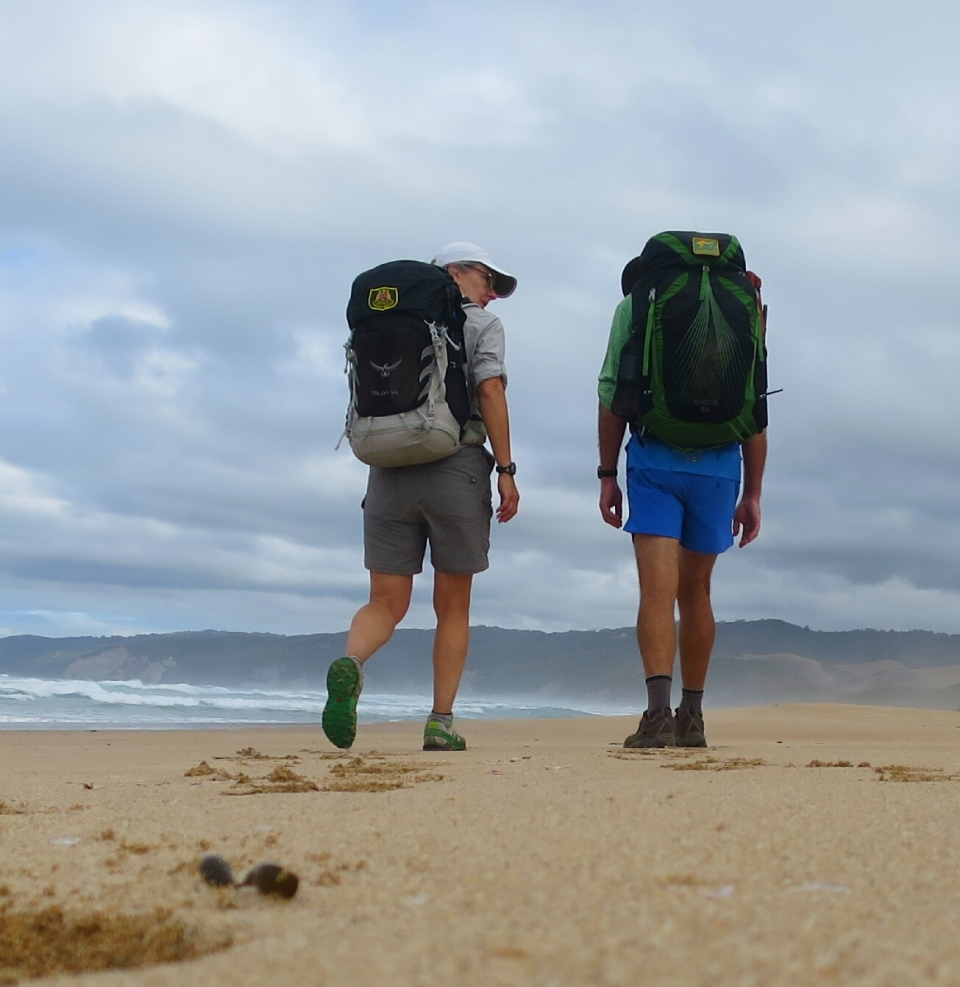 Not quite Dinasaur Cove, but not far. 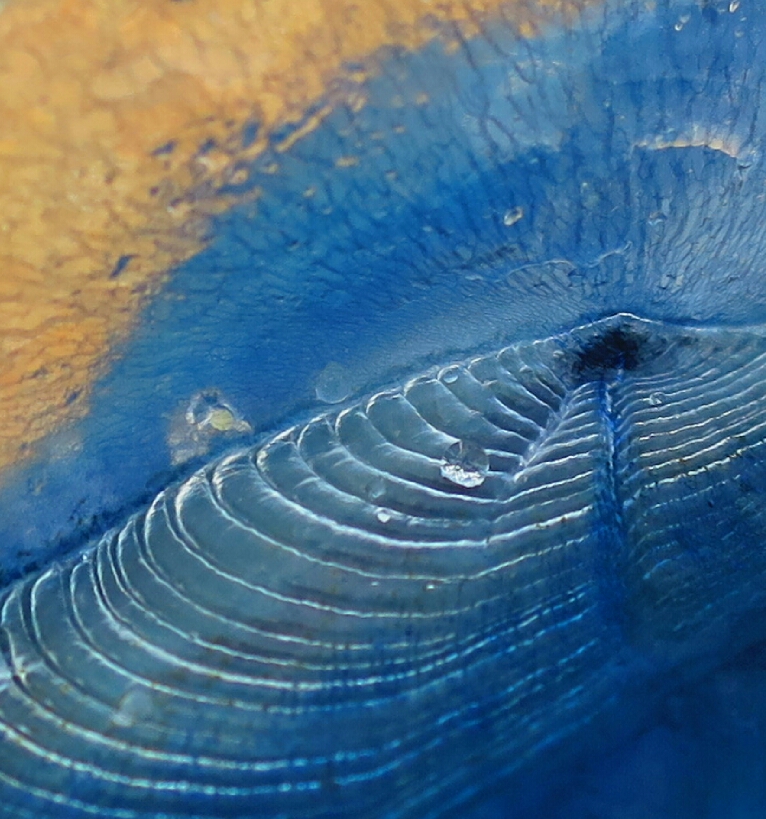 Cape Otway lighthouse in the distance

Sunset from our camp at Ryans Den