Launceston on a Sunday night appeared dead. Last night we stayed at possibly the worst accommodation ever, a run down pub that has seen better days.  They had four bands playing and the waitress promised it would all finish by midnight. This was not the glory days of pub bands from our youth. Just a few musos trying to entertain a meager crowd. We listened to the first band and then went to our grungy room hoping to sleep.  The music was playing till well after  midnight.
We got out of there as fast as we could the next morning. We walked out to the Cataract Gorge for a quick tour. What a great spot for a trail run and a swim afterwards. If only we had known.  Soon after we hit the freeway and headed south towards Hobart. The countryside we passed was so yellow I had to keep reminding myself that we were indeed in Tasmania.   Our destination today was the Tasman Peninsula National Park near Port Arthur.  We were keen to camp for a bit and do some day hikes from there.   The turnoff to the park was off the road to Port Arthur. And after 11km on a bumpy dirt road we landed in what looked like paradise – Fortescue Bay.   Beachside campsites, not too crowded and surrounded by  tall eucalyptus on one side and the most amazing blue ocean on the other side.  Tent up and cold beer in hand we both sighed. …ain’t life just grand. 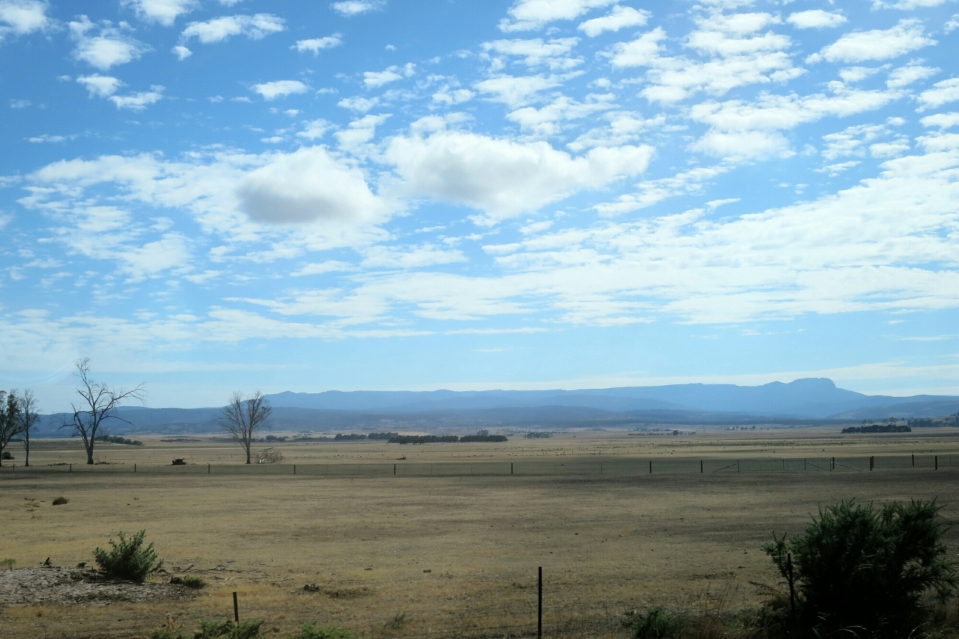 2 thoughts on “THE LONGEST DRIVE”