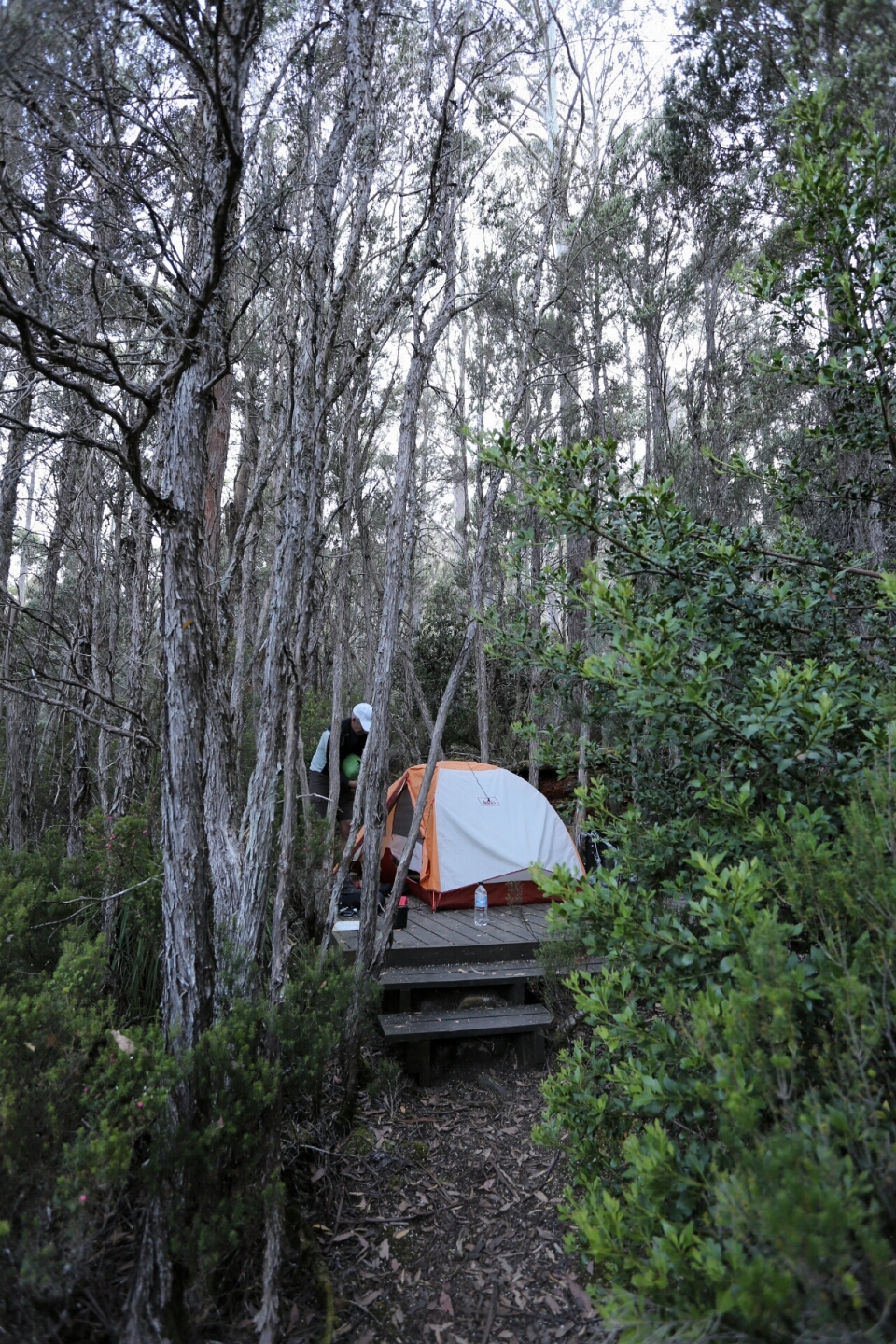 Windy Ridge was such a beautiful spot we did not want to leave. I think it was partly the camaraderie of small group camping and partly the location and privacy of the camp spots. There was a great viewing platform with views of the Du Caine mountain range. The Bert Nichols hut, which was adjacent to the camping area, was also quite nice. It would be a nice spot to sit out a spell of bad weather.
There was no rush for anyone to leave this morning, as most hikers would have only 9km to walk to the ferry, which would take them from the northern end of  Lake St Clair to the finish in Cynthia Bay. But we were not getting the ferry as we had elected to walk the rest of the way along the Lake and into to Cynthia Bay on the southern shore of the lake. We reluctantly left the campground at 8am and headed off through the forest.  The sound of the birds chirping and twitting was the background music in the forest as we hiked south. It was such a lovely morning. As the morning progressed the sound of the birds disappeared and was replaced by the creaking of tree trunks against each other. At one stage the grinding noise of the trees sounded like a baby crying.  It was quite eerie. A few times I turned around to see if there was someone behind us. But we were quite alone.

We were in bit of a trance as we made our way towards Narcissus Hut where the jetty for the ferry pickup is located. Suddenly we were brought back to focus when Hammer stepped on a snake lying on the trail. It was so well camouflaged, it looked just like the thousands on tree branches strewn across the trail. Earlier in the morning we had seen a large Tiger snake sunning itself on the trail, but it quickly got out of our way as we approached.  This near miss with the White Lip snake was quite a heart starter and for the rest of the way to the hut we kept our eyes peeled to the ground.
We reached Narcissus Hut about 11am and took a short break here. We were not at all tempted to wait for the ferry as we had already decided to hike the lake shore. For the next 2 hrs we walked through quite dense rainforest with lush green understorey of ferns and trees covered in moss.  In this section we saw the most enourmous gum trees we had so far encountered on the Track.  They must be so old. If only they could speak, I wondered what stories they could tell.  We reached Echo Point Hut just after 1.30 pm finding the last hour of hiking a bit of a mental challenge.  My feet were feeling a bit battered and Hammer had developed a blister on his little toe. But like with most painful things they hurt to a point and then the pain does not get any worse. I sang a bit to pass the time and made a bet with Hammer about how long it would be before we reached the hut. This wager perked us up and we made the hut in no time.

Here we had lunch on the jetty and felt that after lunch we could have gone on for the next 12 km to the end. The magic spell of the track had been broken. At Echo Point we found two girls who got the ferry here from Cynthia Bay and were camping overnight. One was smoking while talking on the phone. There were also some paddlers pulled up on the beach. They were all friendly enough but the  fellowship of the trail was behind us. Still, we decided to camp for the night at Echo Point. We had dinner on the jetty while clouds started to roll in.  The wind has stopped and a gentle rain is falling outside as I finish writing this post. 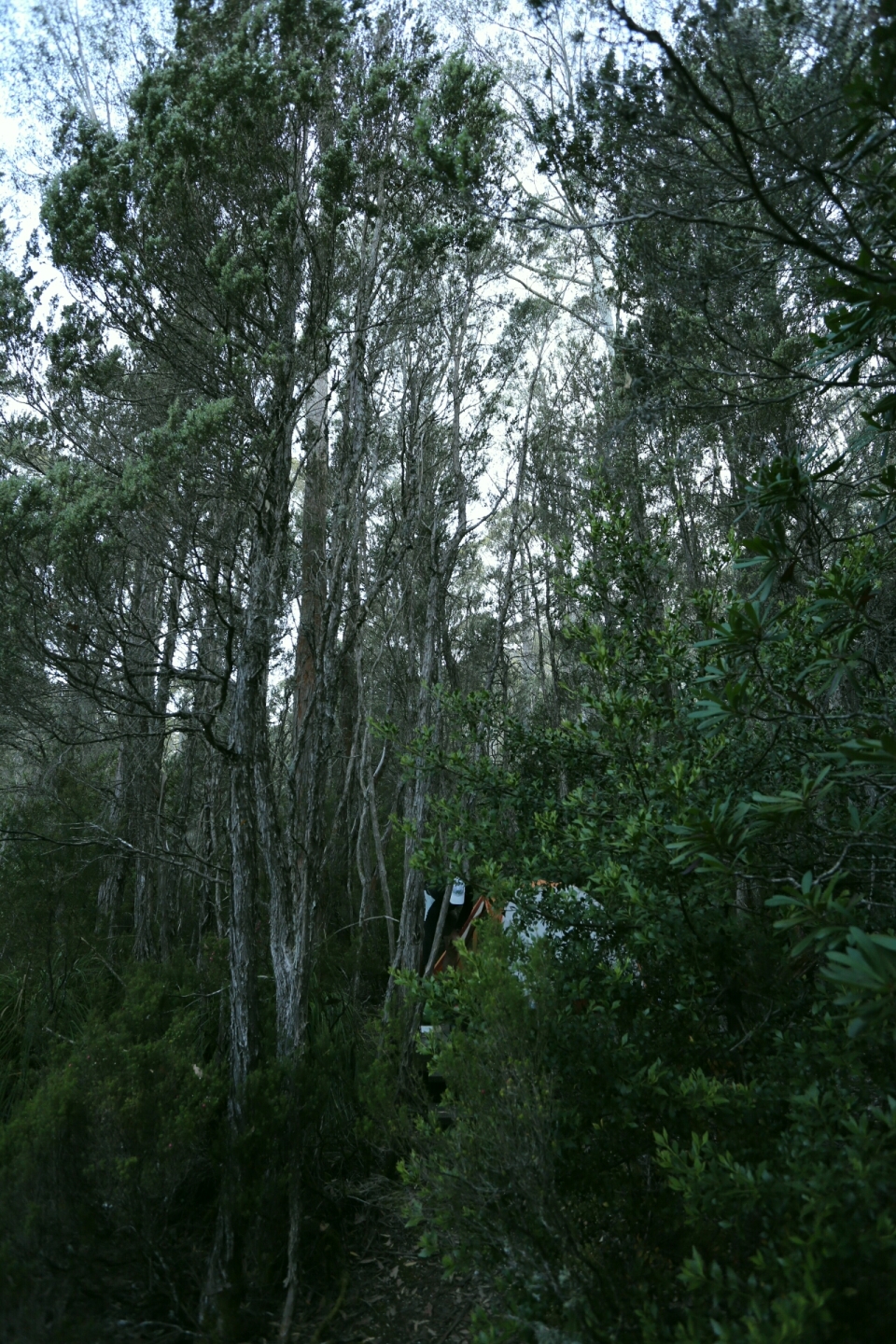 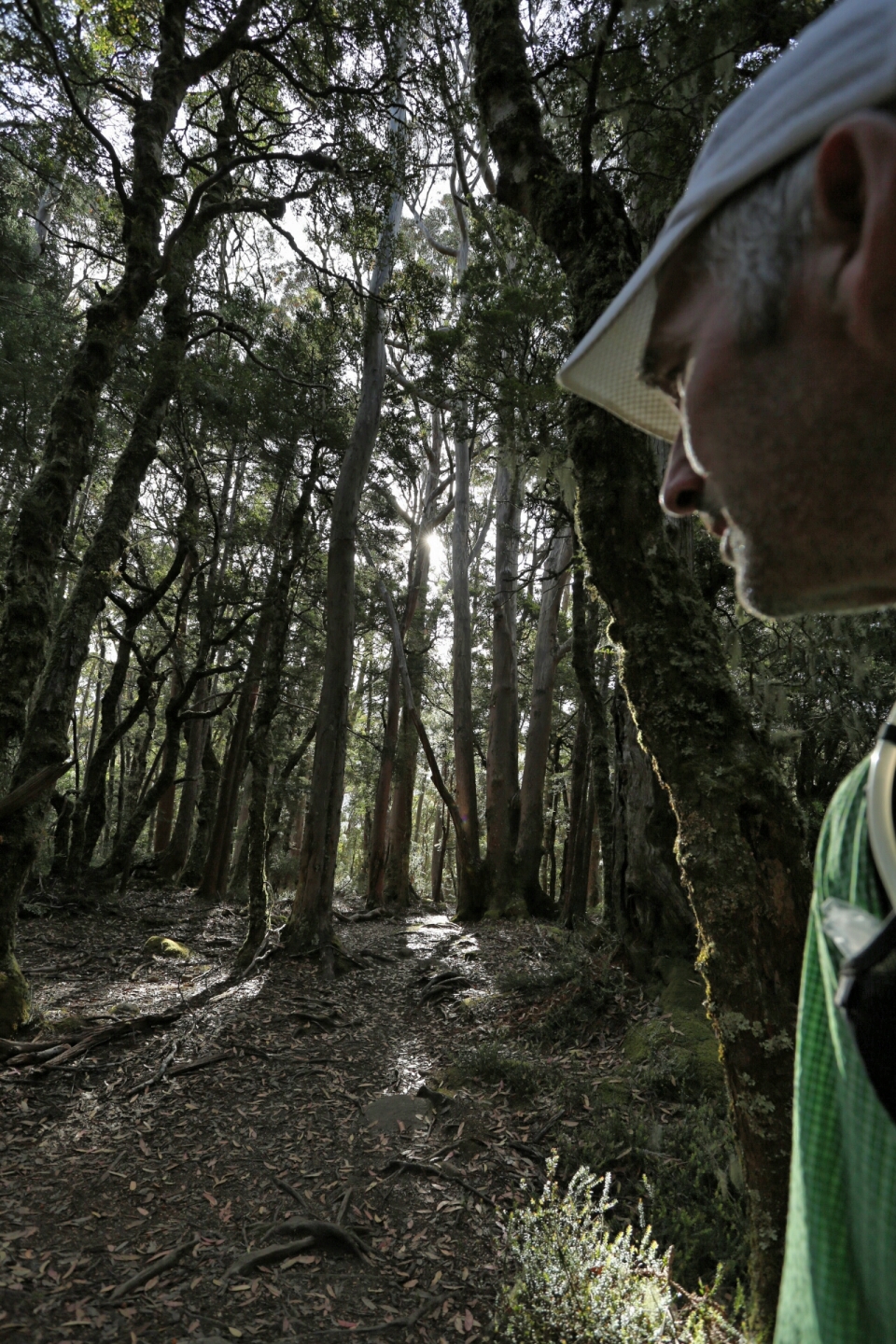 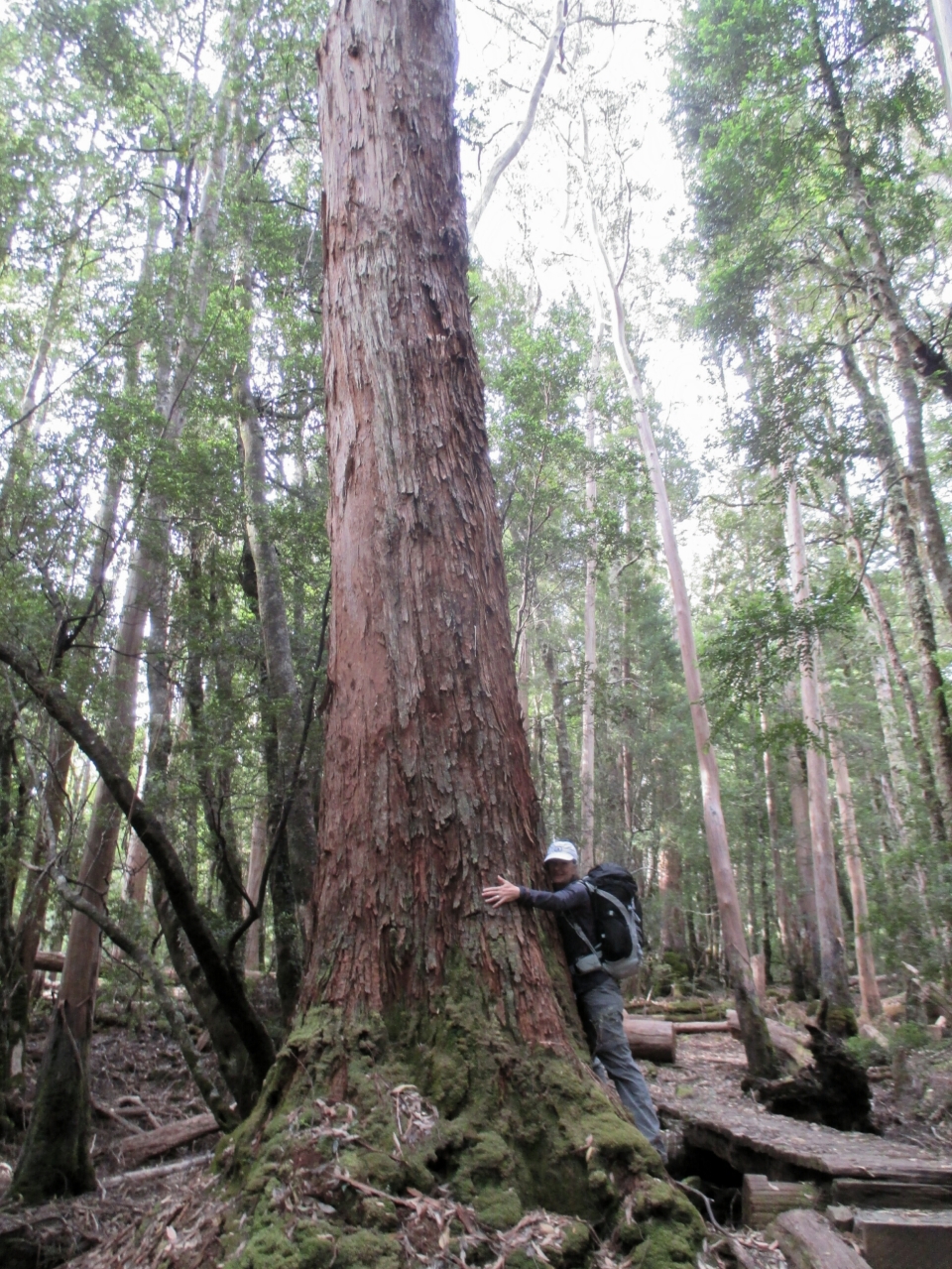 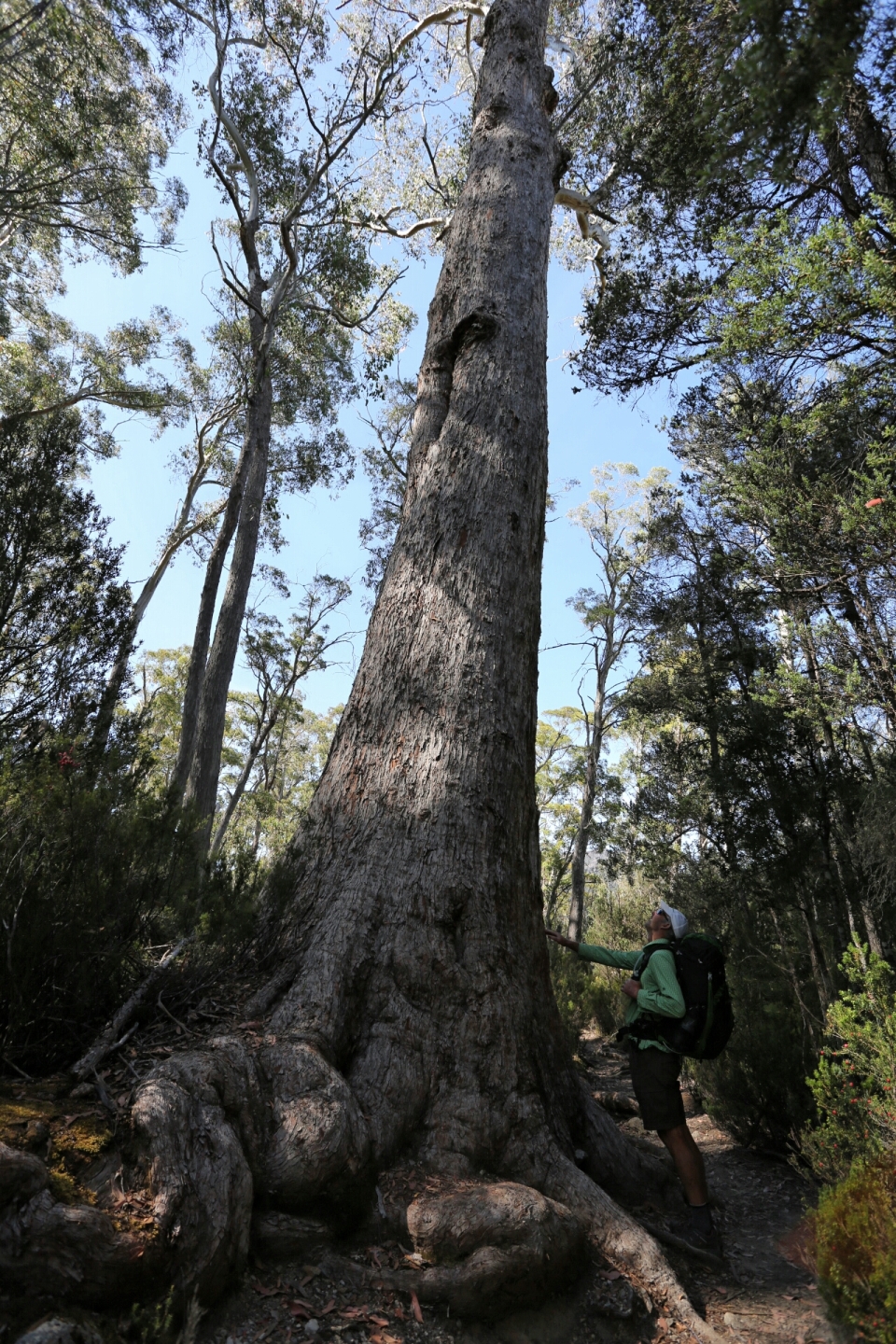 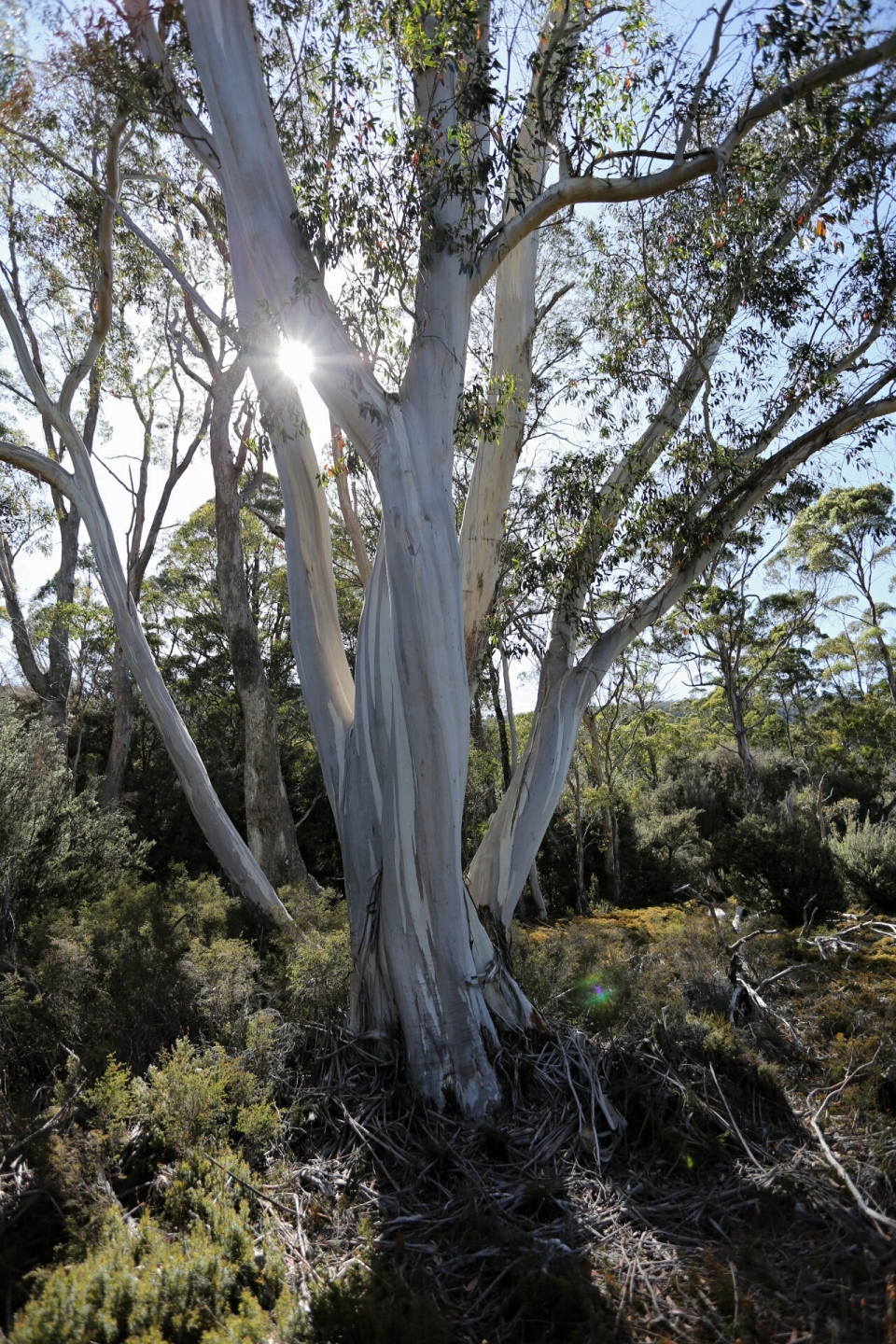 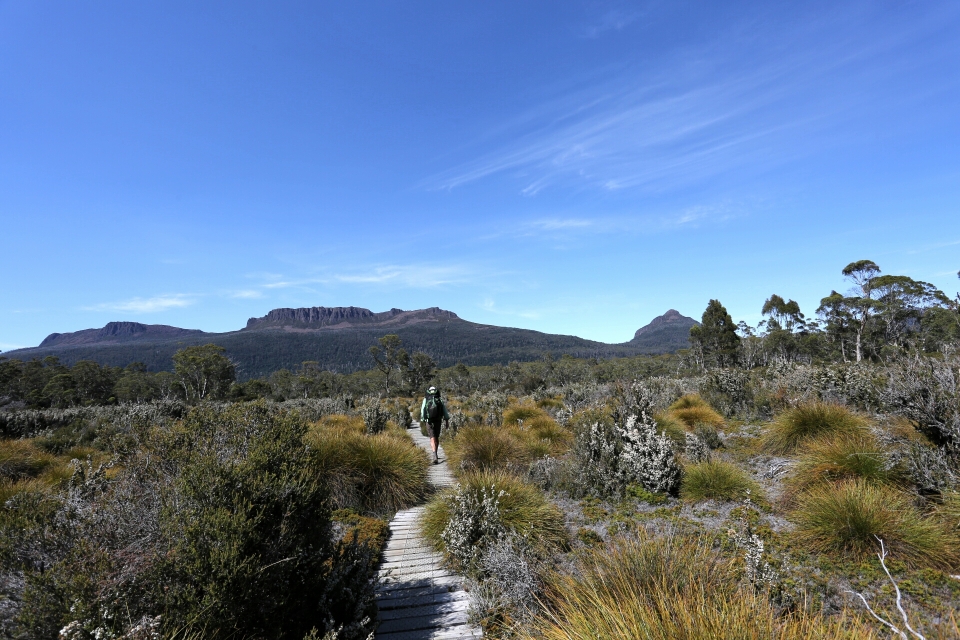 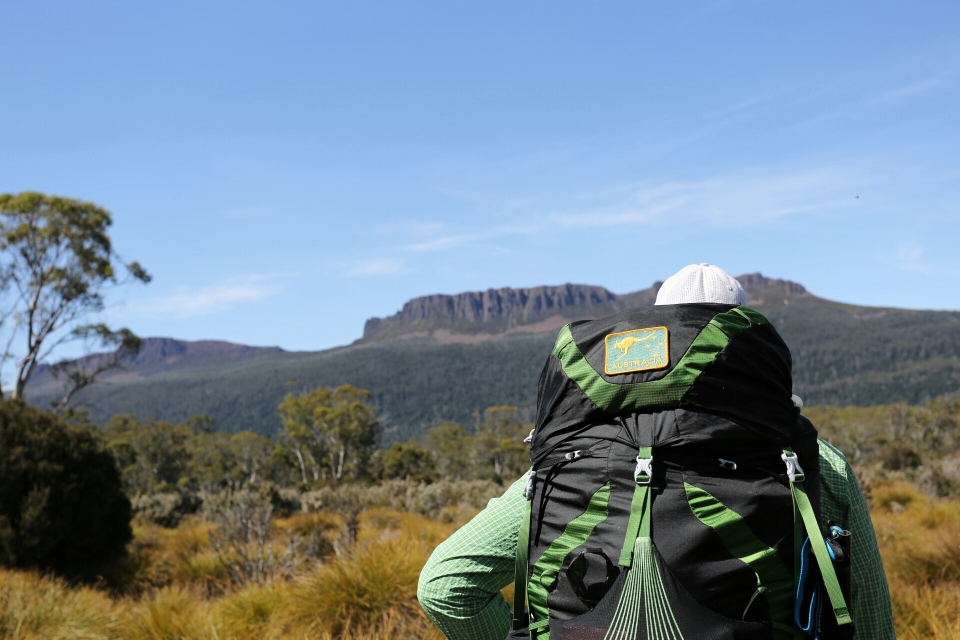 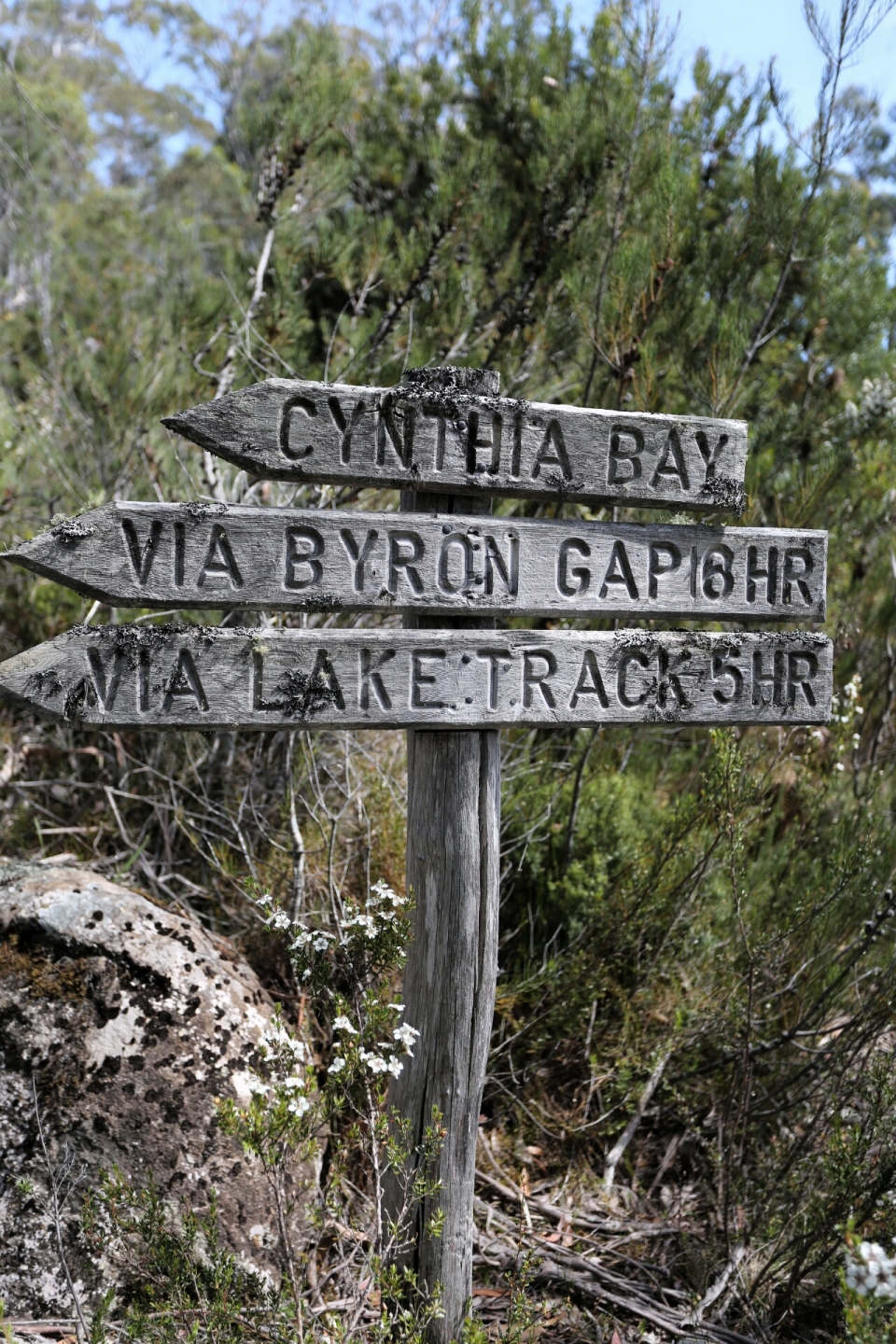 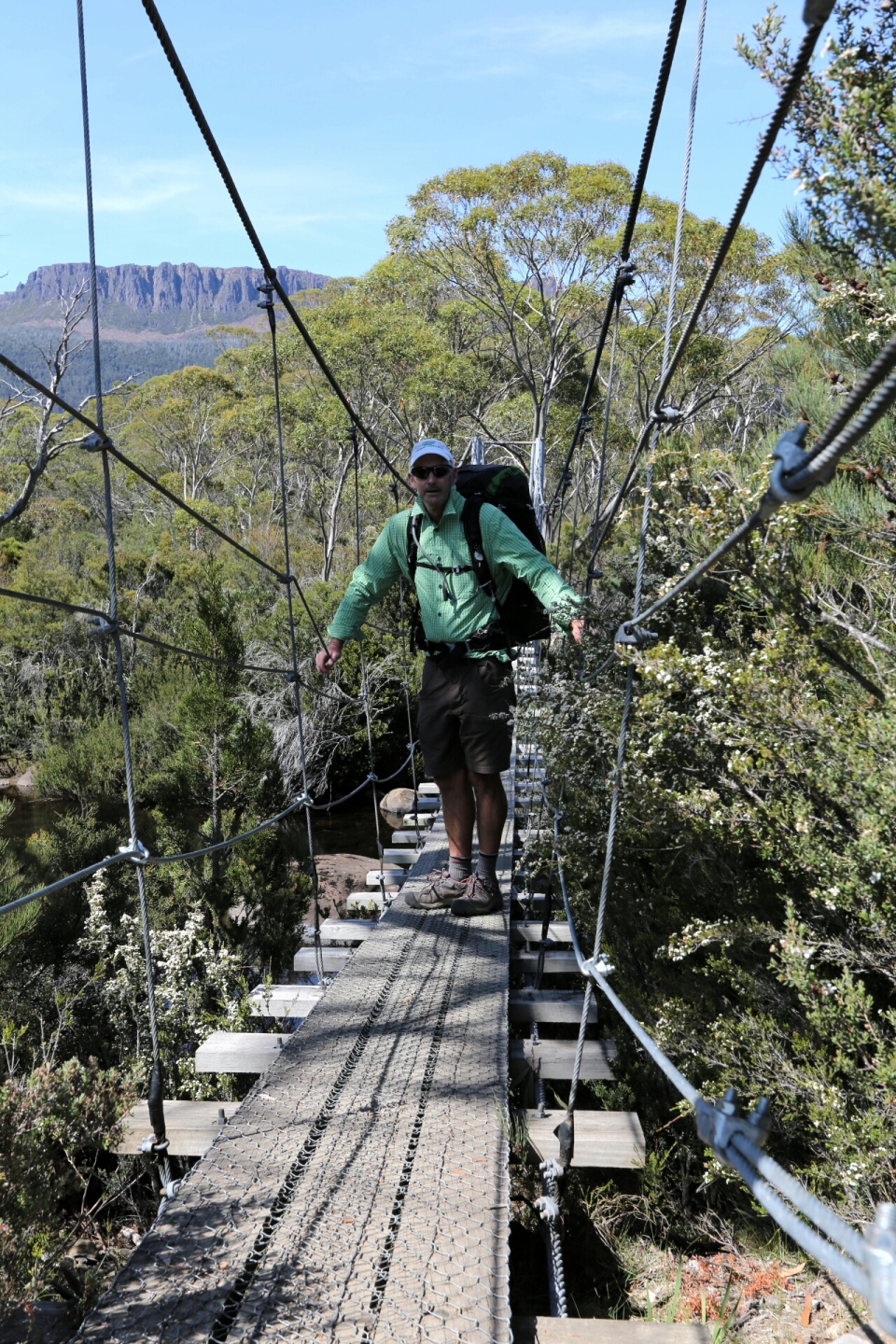 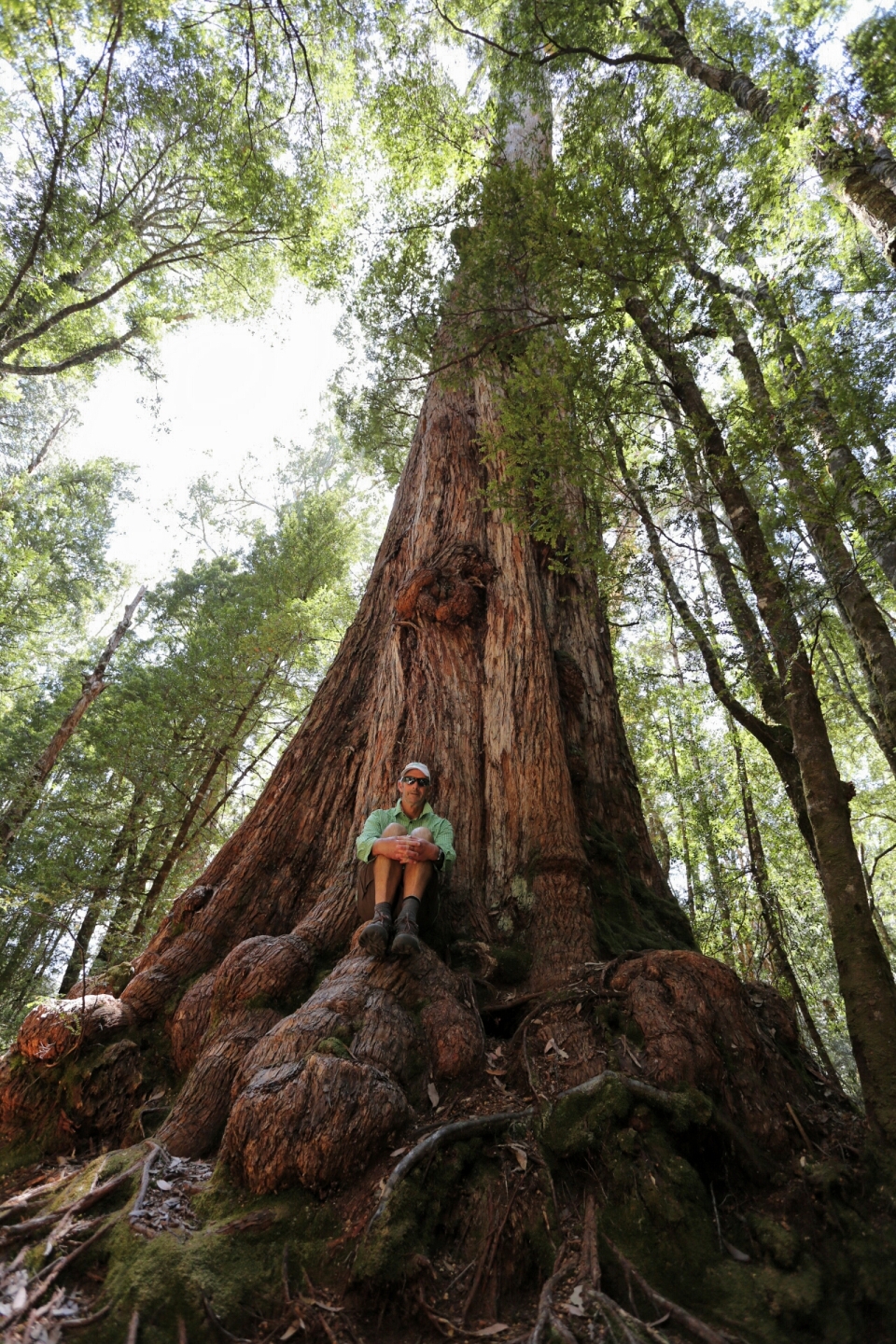 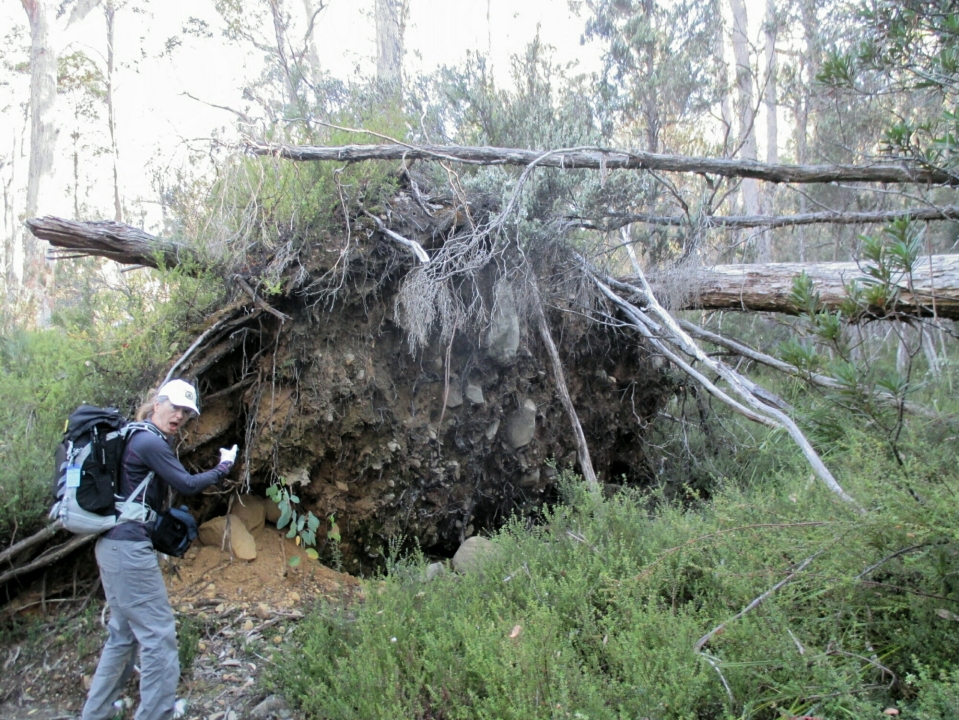 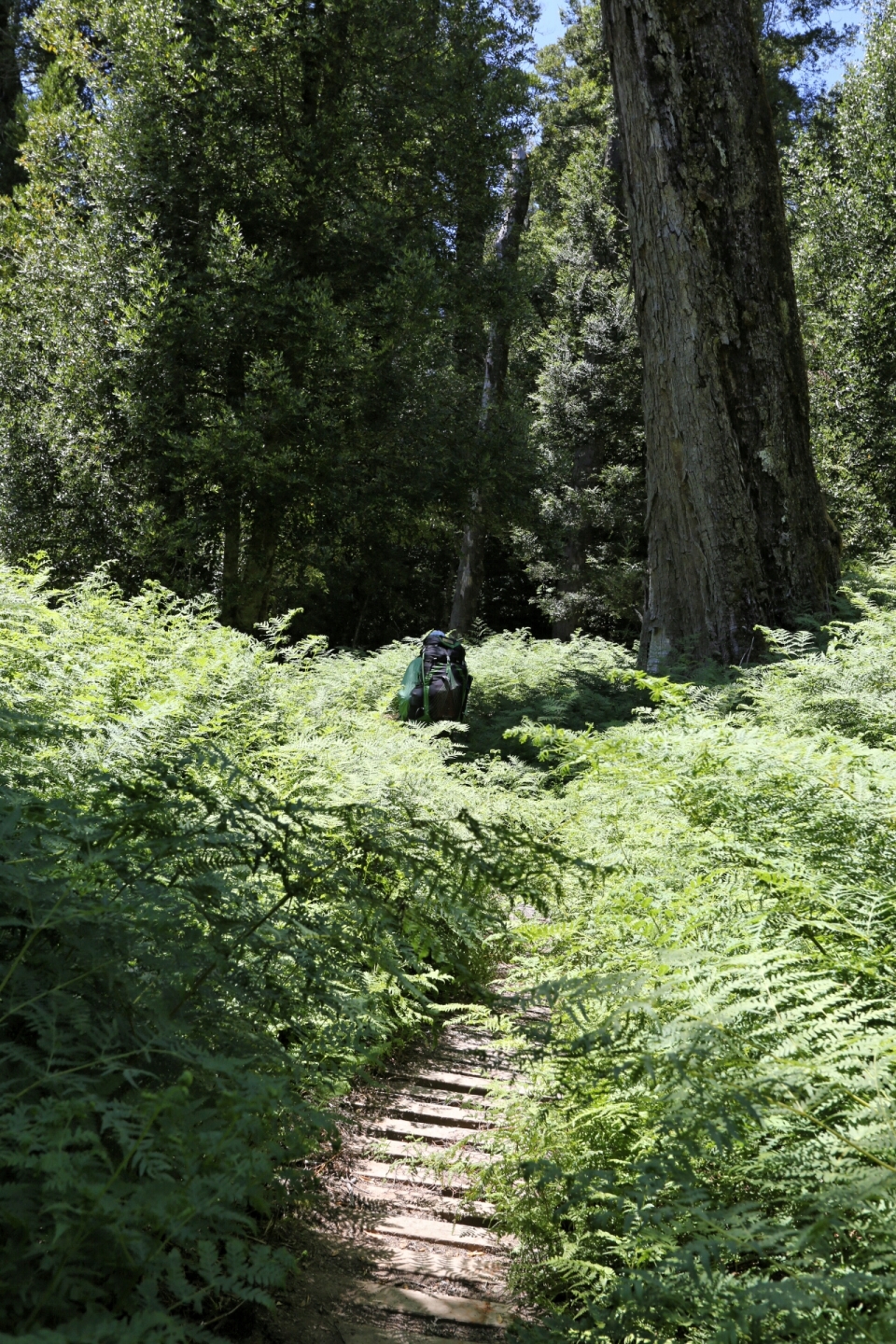 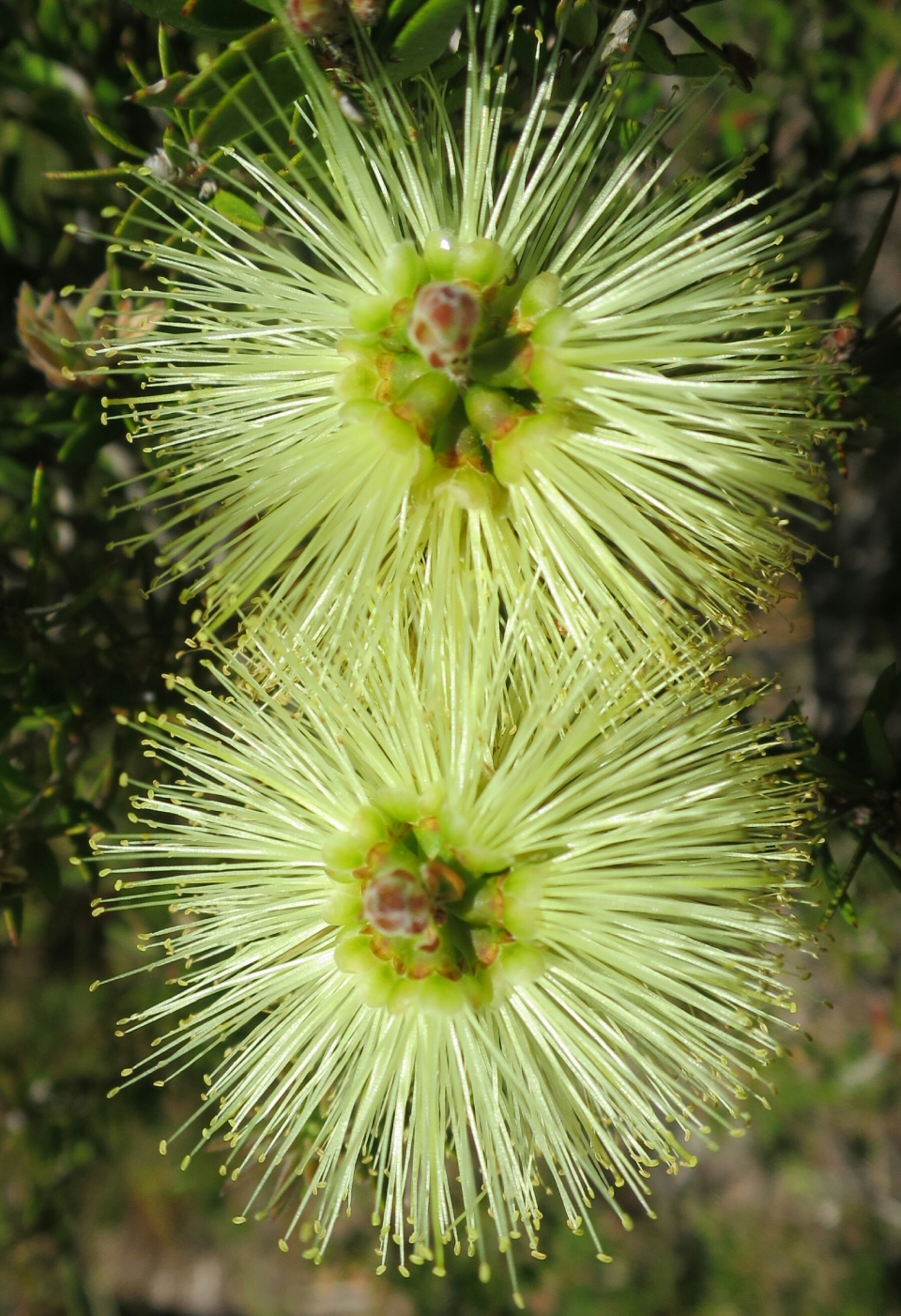