TRAVELLING BACK IN TIME

The skyline of Melbourne shimmered in the morning sunrise as we queued up for almost two hours to get on board the Spirit of Tasmania.   We slowly inched our way to quarantine inspection where we promptly had part of our breakfast confiscated. But it got worse as we were almost not allowed to get on board. I somehow had not to book the car on the ferry as well as us – the two passengers. Not sure how this happened, as I had entered all the car details when booking so had assumed the car was included in the almost $400 fare.  We were lucky as the lovely lady checking bookings allowed us to pay an extra $87 for the car and let us on even though the ferry was fully booked.  Phew…that was a heart starter. Once on board we could enjoy the Melbourne skyline and the theatre of the air balloons flying above St Kilda.
The trip across Bass Straight was as smooth as silk.  Such a relief, as we both suffer from sea sickness and were not looking forward to a possibility of nine hours of misery. The trip went by particularly quickly as we bumped into an old friend on board. The time flew as we caught up on all the news and gossip.
Once we arrived in Davenport it took almost an hour to disembark and by 8pm we were on our way to Lake St Clair.  According to Google maps the trip is only one hour and 45 minutes. It was a lovely drive out of Davenport.  The countryside was lush and green and very sparsely populated.  It was almost 9pm and still light when we reached Deloraine. With hindsight we probably should have stopped here for the night. But we didn’t, we turned to head south and pretty soon we were the only car on the road.

We passed quite a few wallabies grazing by the side of the road. It was getting dark and the wallabies were getting a bit skittish. We had two near misses and decided that one more near miss would be enough for us to call it quits and stop for the night. But it was not a near miss that brought us to a stop but a direct hit to the drivers side of the car. Before we could find a safe spot to pull over another wallaby crashed into the rear passengers side. It was quite scary as there was little shoulder on the road and no houses or any other signs of life. Driving very slowly, expecting to be hit any minute soon found a large cleared area by the side of the road where we pulled over and we slept in the car. Hammer could not find any visible damage to the car.  We did not expect that our first night in Tasmania would be spent in the car on the side of a very lonely road. We were relieved to be off the road and slept remarkably well. Only three cars went by all night.
The next morning we had a fantastic bright pink sunrise over the lake we were parked next to. As we drove on we realised that spent the night by the Great Lake not far from a small township  where we may have been able to get accommodation. We reached Lake St Clair in about an hour and pretty soon the drama of last night was forgotten.  The lake is huge and it is the destination of the Overland Track hike which starts in the north of Cradle Mountain National Park.
Lesson learned is that distances and time to travel at home do not translate in Tasmania. Let’s hope we have not underestimated how long it will take us to hike the 85km Overland Track. We got our gear organised and spent the morning exploring the Lake St Clair area before our bus arrived for the transfer to Queenstown. We had to overnight in Queenstown where the next morning we were to get another bus to take us to Cradle Mountain National Park.
Overnight in Queenstown was interesting. It appears a lot greener then I remember it from 30 years ago. But it has a sad air of abandonment and neglect. Hard to believe that it was once the richest mining town in the world. 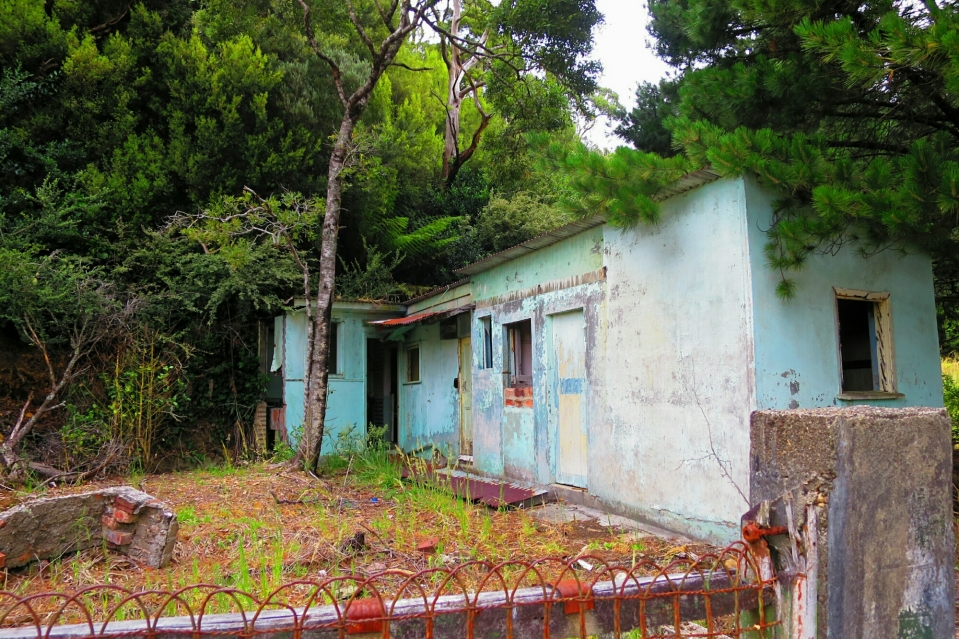