The winds changed direction through the night and by morning we could smell smoke. The bit of sky we could see through the trees was tinged with a red glow of the sunrise bouncing off the smoky clouds. 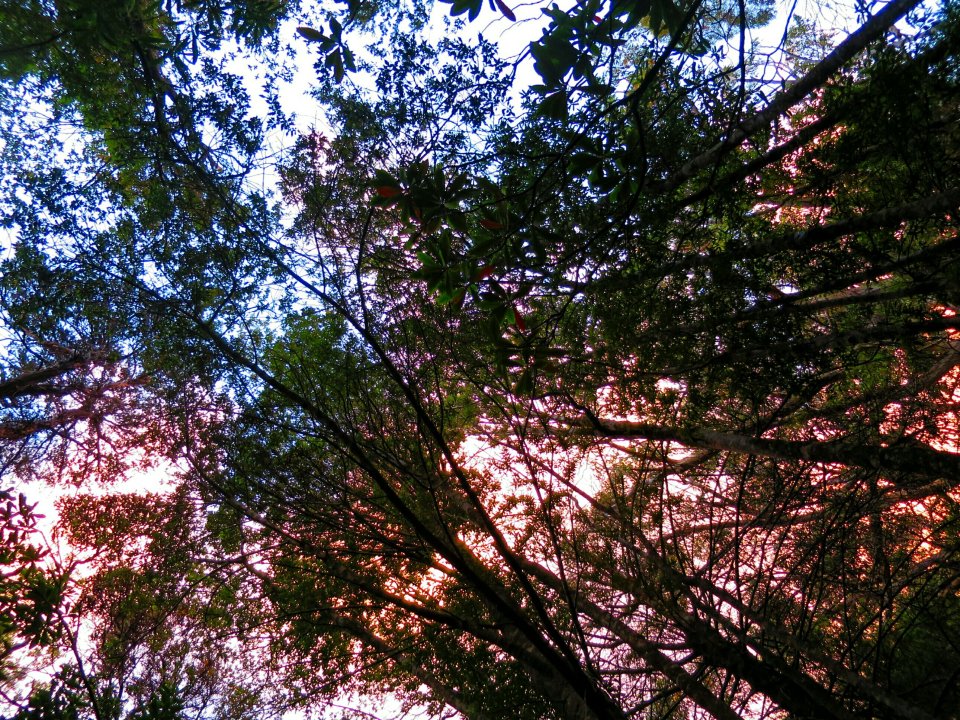 We knew the smoke was blowing over from the fire burning near Precipitous Bluff but we could not tell if the fire had moved. To continue further west along the South Coast track today would bring us to the Ironbound mountain climb which we would have to do again the day after in reverse. The difficulty of this proposition combined with the uncertainty about the direction of fire we decided to turn around today having walked almost half of the South Coast track.

Heavy dark clouds hung low on the mountains and it was difficult to tell the difference between smoke and cloud. It was nice to turn back to see shafts of light illuminating Menzies Bluff, reminding us of lush green steep slopes of New Guinea mountains. 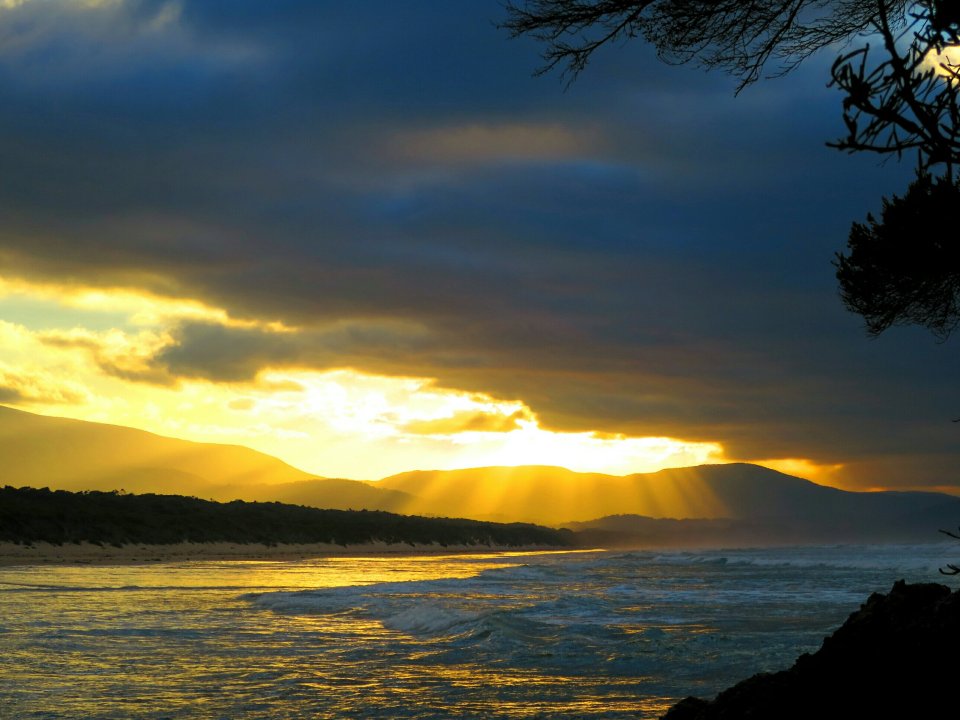 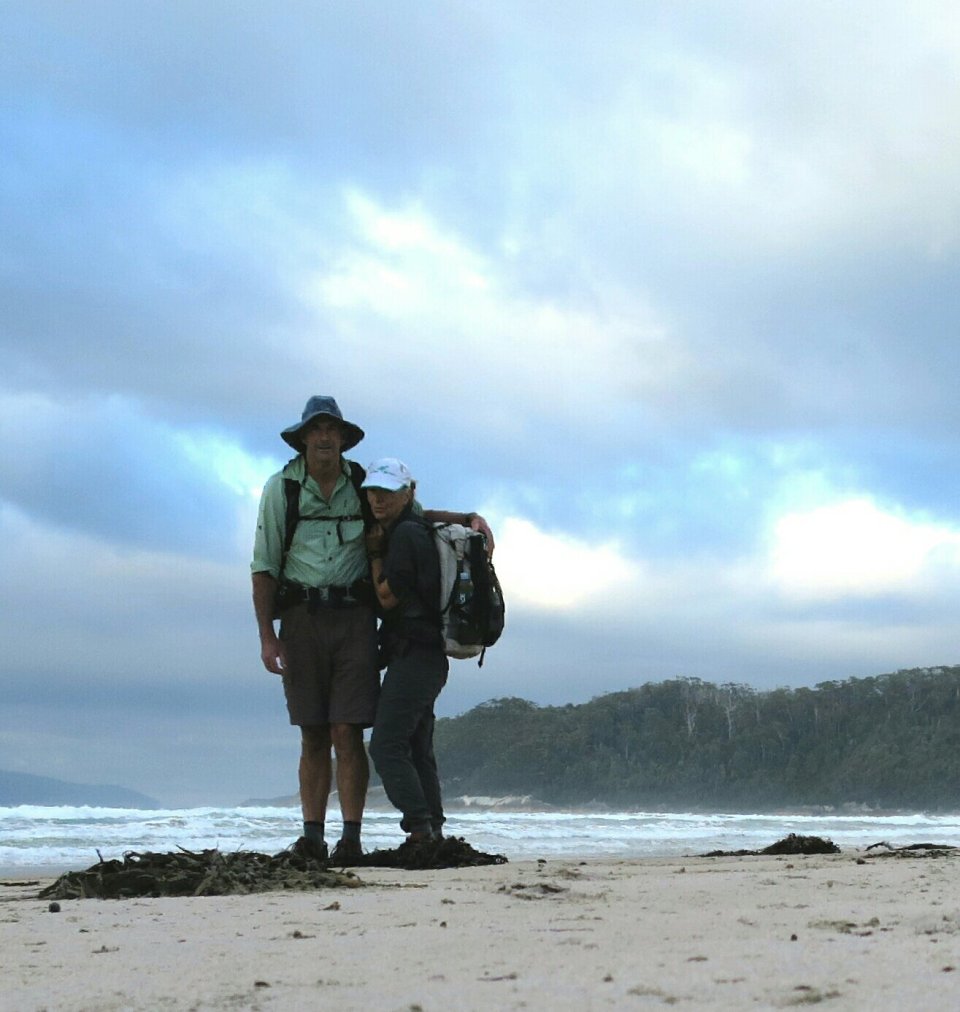 The beachwalk was beautiful with hardly any wind and the dark grey clouds bringing quite dramatic contrast to the clear, green breaking waves.

The beach had been swept clean by the tide and yesterdays scouring wind. High above the waterline we followed a set of fresh footprints left overnight by some nocturnal hunter. Hammer thought it may have been a Tasmanian devil. Very light and disciplined whatever it was.

Crossing Big River was a lot easier today. The wind was not as strong as yesterday. Even the walk away from the river seem to take a fraction of the time it took yesterday. We were brought to a stop early on by a huge black snake sunning itself on the trail. With the trail passing through such dense vegetation, for much if its length there are not that many open spots where the sun can hit the ground. It was nice to be a fair distance away from it. Hammer threw a branch in its direction and it quickly slithered away.

Much of my time hiking on this trail is spent looking at the ground because of the rough nature of much of it and the lush vegetation surrounding it. Not a very comforting feeling not being able to see where you feet are landing. And this explains why we’ve had so many knocks on the head by walking into low-lying branches.

We made it to Surprise Bay where we had thoughts of maybe stopping for the night. But it was only mid-day and the uncertainty about the size of the high tide at Granite Beach and our ability to get across in the morning, we moved on soon after a lovely lunch break.

As we made our way though the button grass meadow near Osmoridium Beach the clouds were lifting and it felt like the wind had shifted, clearing some of the smoke from the air. It was hard work walking uphill away from the meadow and I felt slow and sluggish. Although it was lovely to experience the open forest with the big gum trees. It reminded me briefly of normal hiking. A bit more up and down through mud and roots and we could hear the punding of the surf on Granite Beach. 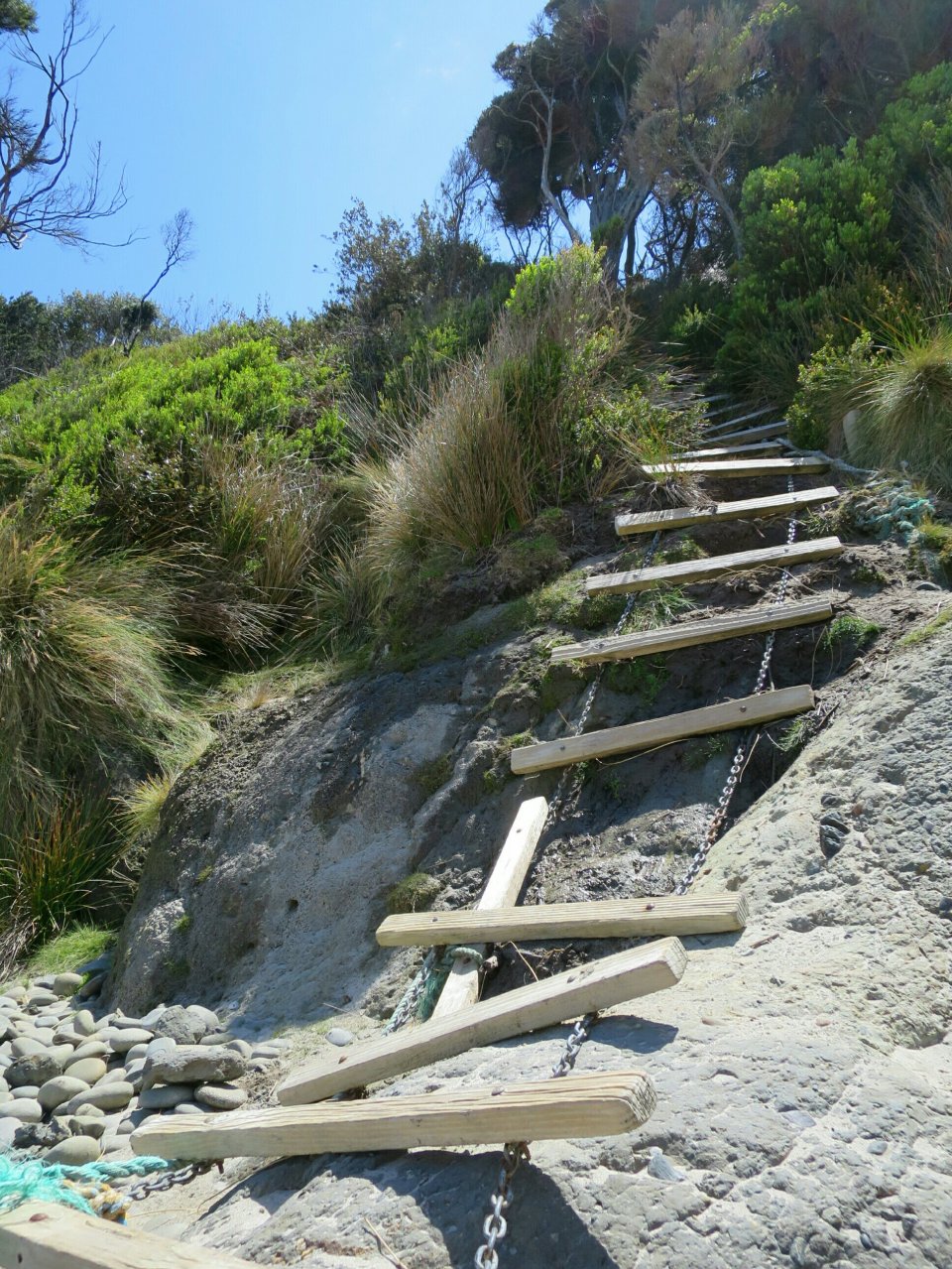 A long tricky descent and we were on the beach and at camp about half an hour later. It seemed to be a much easier day today. We arrived at camp feeling like we could have gone on. Except tomorrow is 5 hours of hiking through squelching mud and roots over seven hills before we reach South Cape Rivulet. 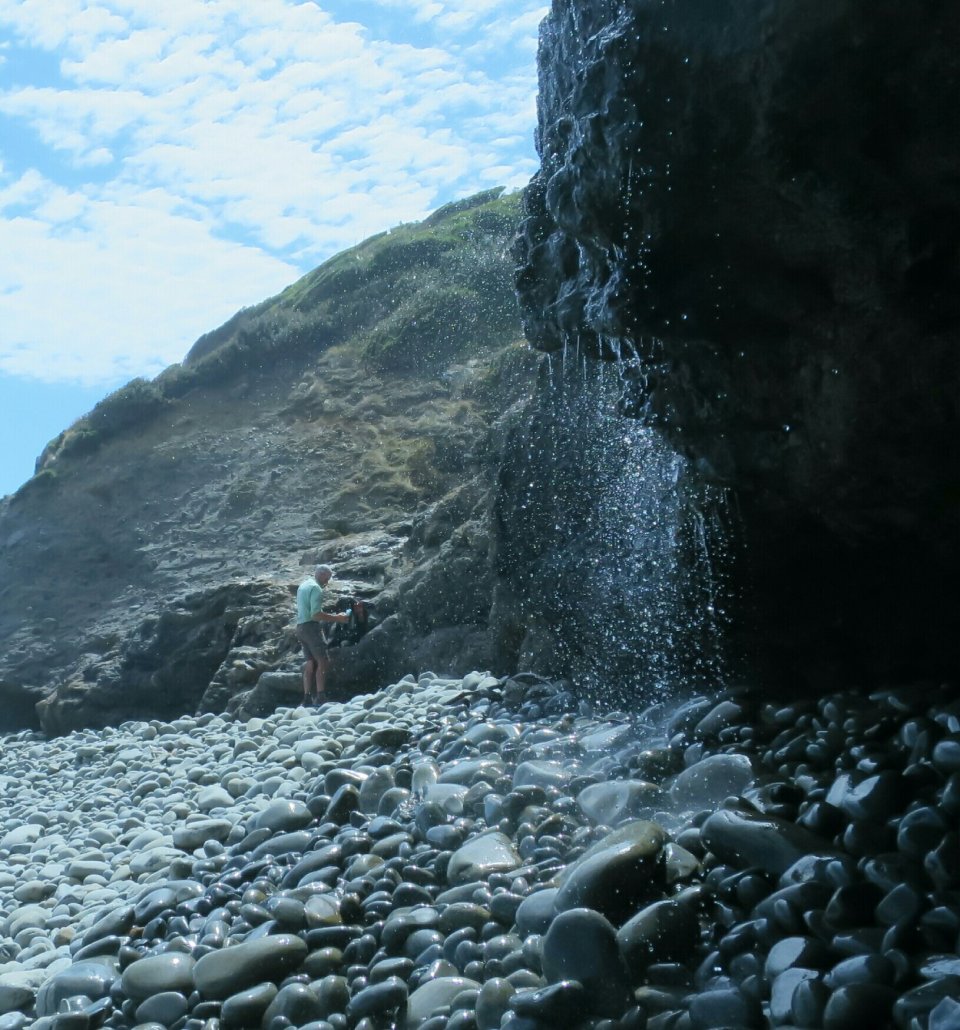