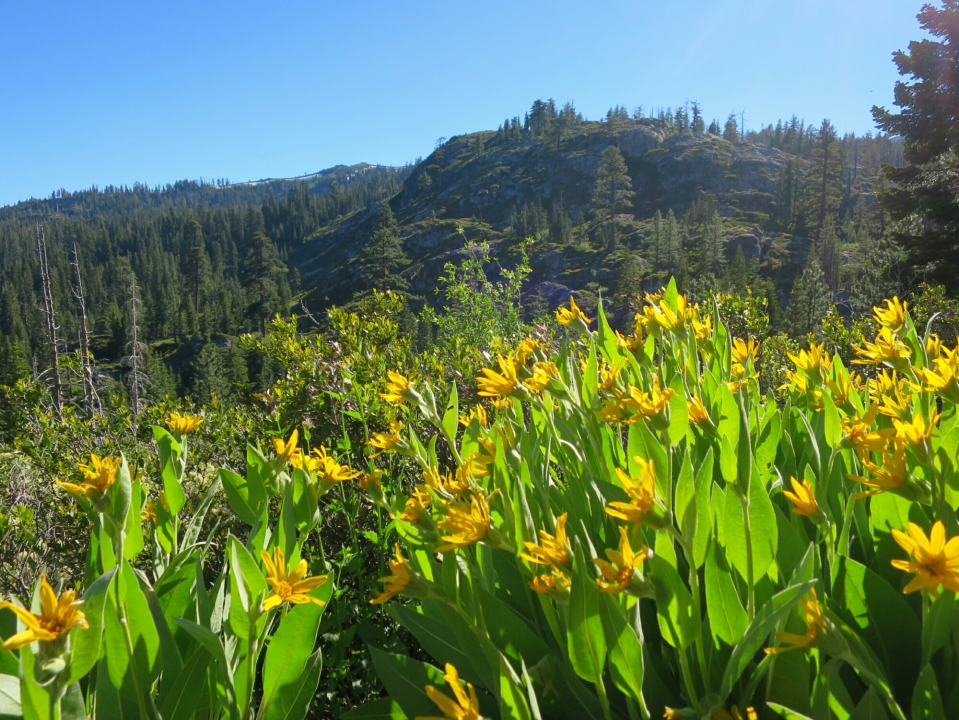 I know it’s unbelievable but we were almost too warm through the night. After almost a month of being frozen cold we are finally in summertime.  And it is appropriate as today is the summer solstice – the longest day of the year. I can’t describe how nice it is to feel warm again. 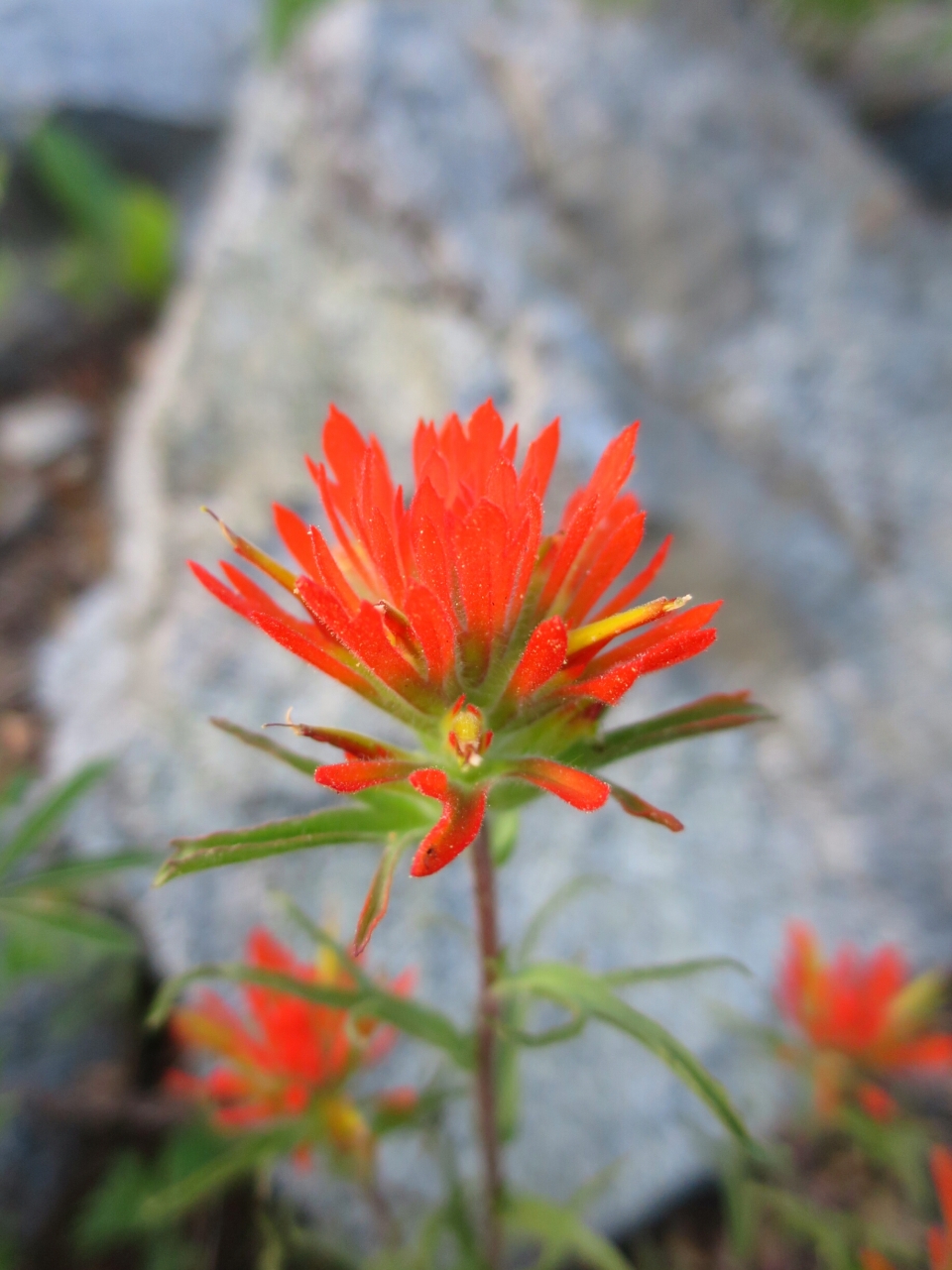 The snowline on the pines, below the moss.

We spent the morning pretty much the same as yesterday afternoon. We had a lovely morning continuing to hike on dirt through a dense pine forest. It was after passing through the Barker Pass Trailhead that we encountered the first snow of the day. We followed the footprints of a couple of day hikers we saw heading out on the PCT  just ahead of us. It was only after going way too high that I realised they were not following the PCT all the way. Very frustrating moment of inattention. While trying to trace our way back on trail we bumped into a another hiker, Napoleon whom we met way back in Kennedy Meadows. The three of us spent some fruitless climbing through snow only to come back where we  started and I realised our navigational error.  Back on track just in time to be joined by another hiker Parker, whom we met yesterday. He is doing a section hike from Echo Lake to the Bridge of the Gods on the border between Oregon and Washington. It is only his third day on the trail.  It was great to have company on the hike up the switchbacks to the summit and beginning of the Granite Chief Wilderness Area. The 4 of us hiked together until the summit where we split up. 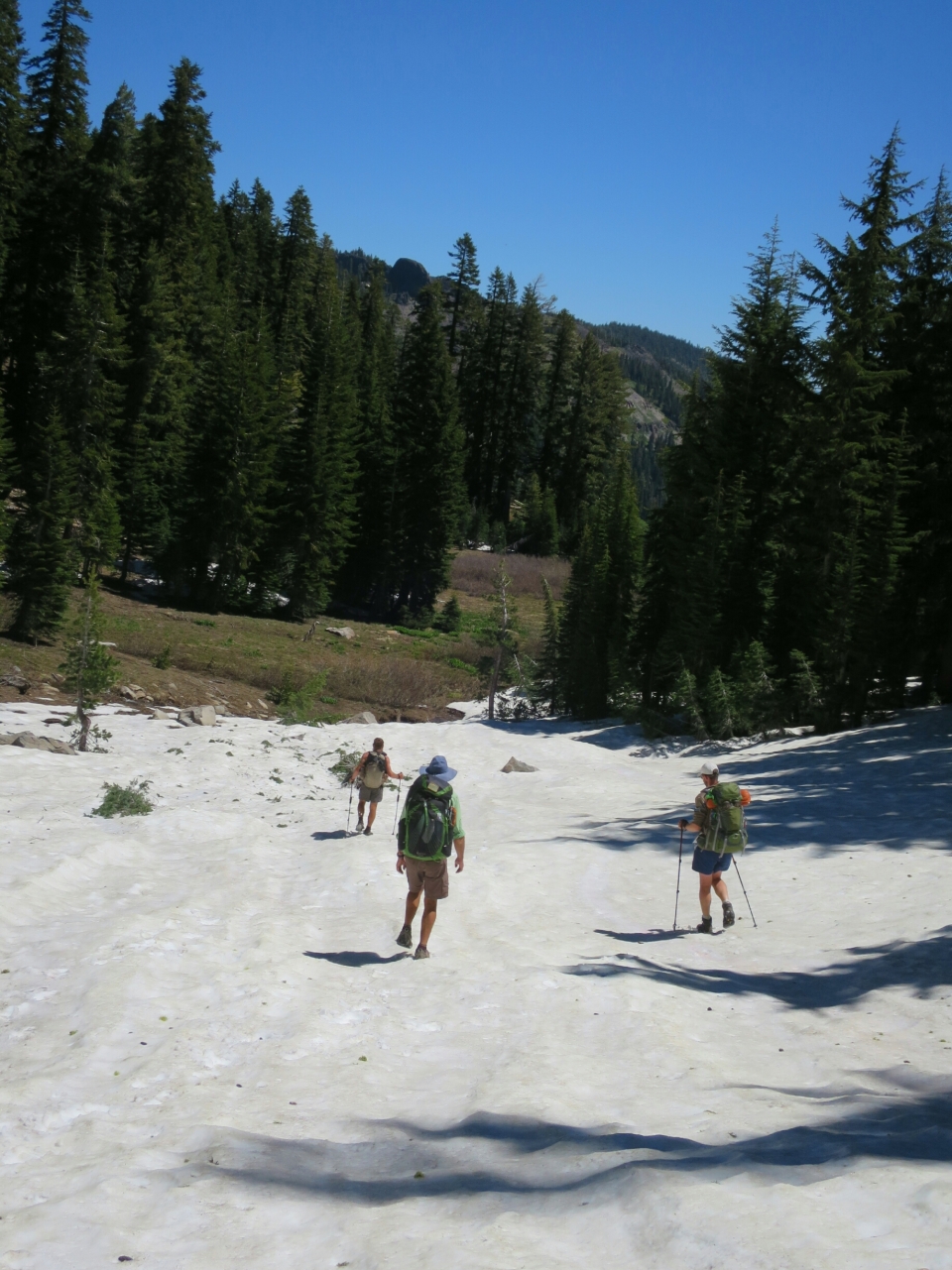 Since leaving South Lake Tahoe the PCT has followed the same path as the Tahoe Rim Trail.  And for some reason I thought we would be closer to the Lake and would see more of it. And just at lunchtime around mile 1130 we got our first glimpses of Lake Tahoe. It really is an incredible blue colour. 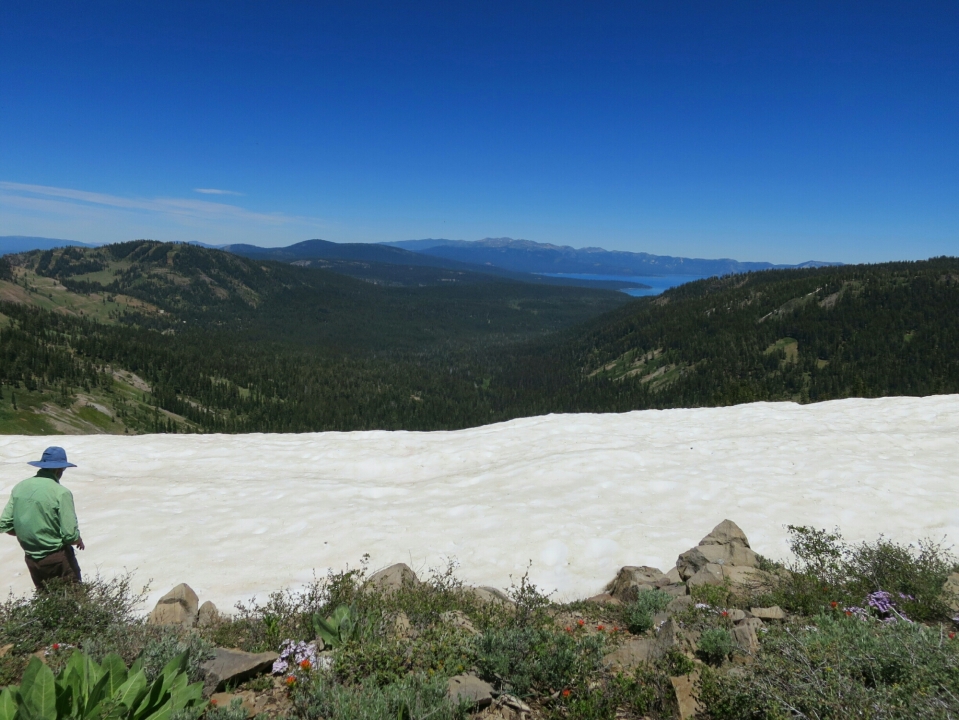 We were just above Tahoe City and I discovered we had phone reception. I managed to upload the blog posts as and catch up on messages.

We hiked on the ridge for about 4 miles with fabulous views east towards Lake Tahoe  and west over  lush green valleys fringed by mountain peaks.
We passed the top of the Tahoe City ski field before starting our descent off the ridge. 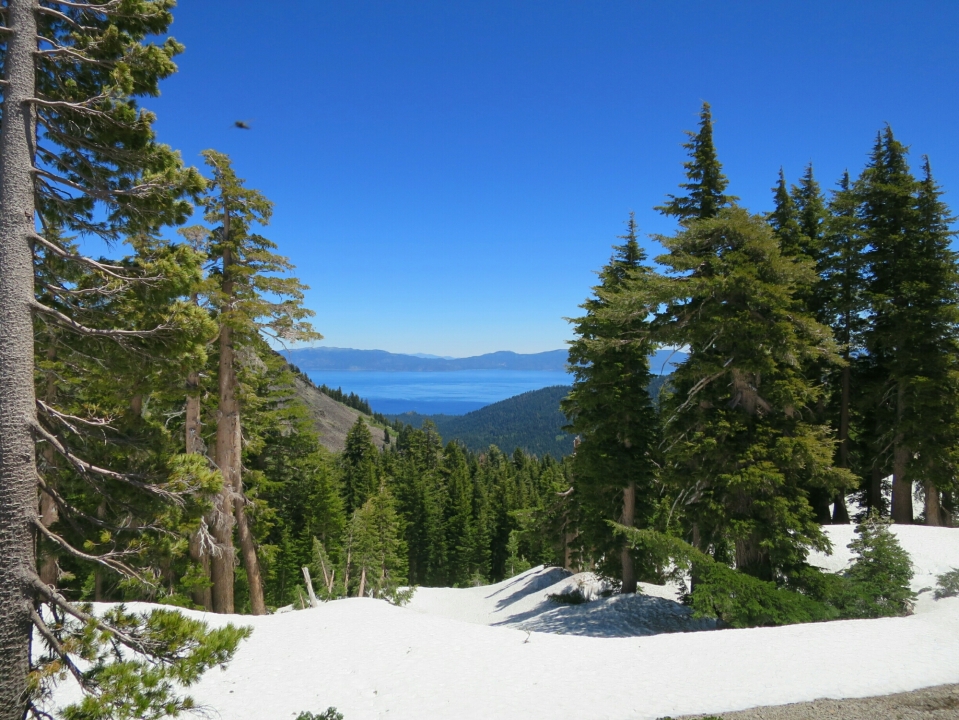 One thing we are beginning to realize is that we again need to start paying attention to water sources. We ran out of water at lunchtime and the next creek was 6 miles away.  We ended up filling our water bottles with snow to get a drink before the creek. Up until now there was no shortage of reliable streams.

As I write this it is nearly  9 pm, the sun is casting a reddish glow on the adjacent mountains, a full moon is out and the birds are still singing. Its beautiful, feels like summertime.